season, they had a mediocre 3-3 record and were trying to find their

Fast forward to Tuesday, when the Big Reds won their 13th straight game, improved to 16-3 overall, and clinched at least a share of their seventh straight O-K Black Conference title with a 77-43 win over Mona Shores.

Muskegon, now 10-1 in the conference, can clinch the outright championship with a win at home over Fruitport on Friday. 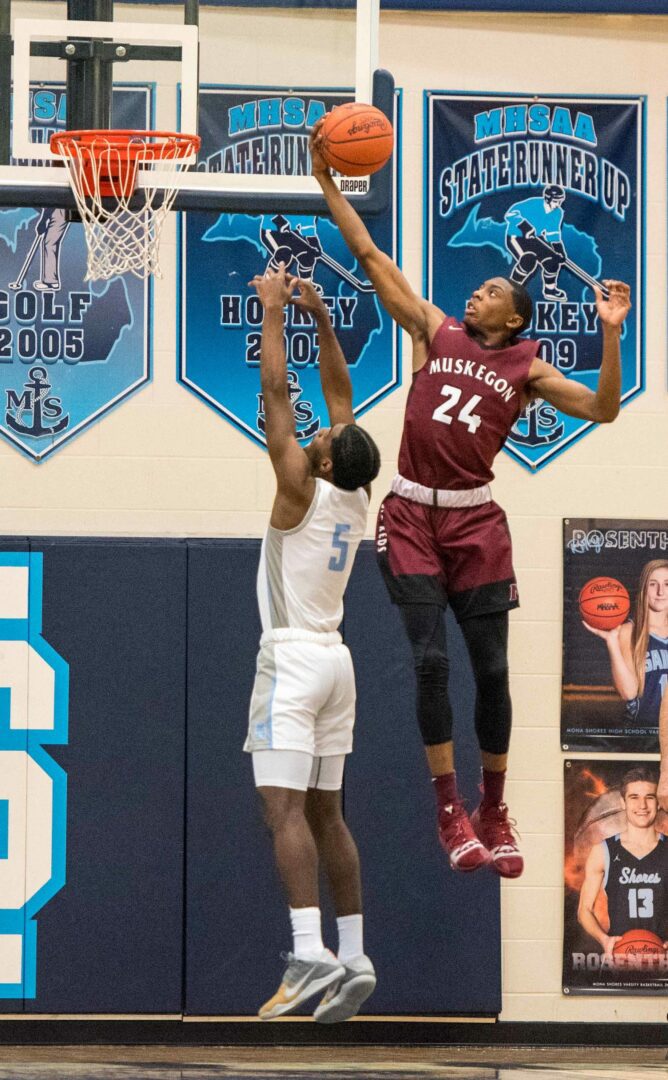 “It’s tough to do something like that, year in and year out, and people take that for granted,” said Muskegon head coach Keith Guy about his team’s continued success. “But we don’t. We’re just happy we can continue to win, even with the improved teams in the area.”

Two guys who have been carrying the load on the perimeter for the Big Reds this season are Vern Nash and newcomer Jarvis Walker, whose season did not start until January.

Both were on their games again on Tuesday, with Nash scoring 20 points and Walker chipping in 19, and Guy said he likes what he sees from the two of them.

“Vern has been the most consistent player for us this season,” the coach said. “Then you add Jarvis to the mix, that’s a pretty good one-two punch.”

The Big Reds came out hot in the first quarter and grabbed a quick 14-6 lead. A 4-0 run by the Sailors cut the lead in half, before the Big Reds added two more buckets before the end of the quarter to go up 18-10.

Muskegon’s offense really got rolling in the second quarter with an 11-2 run and the Big Reds led 38-21 at halftime.

Nash and Walker stole the show in the third quarter, going on a 12-0 run by themselves as the Big Reds opened up a 50-21 lead midway through the quarter.

While the Sailors made a bit of a run and cut their deficit to 55-30 before the fourth, Guy said the Big Reds’ focus in the second half was defense, and it worked out well.

“I didn’t think we came to play in the first half,” the coach said. “We were hoping to stop their lanes to the basket and pick off as many passes as we could (in the second half), and that’s what we did.”

The fourth quarter was a pretty even for awhile, but the Big Reds ended the game with a 12-0 run to put an exclamation point on the victory.

With the state tournament beginning next week, Guy feels like his team is starting to peak at the right time.

“We haven’t played our best basketball yet, but we’re starting to get there,” he said. “We feel good as a program, especially after rattling off 13 straight.” 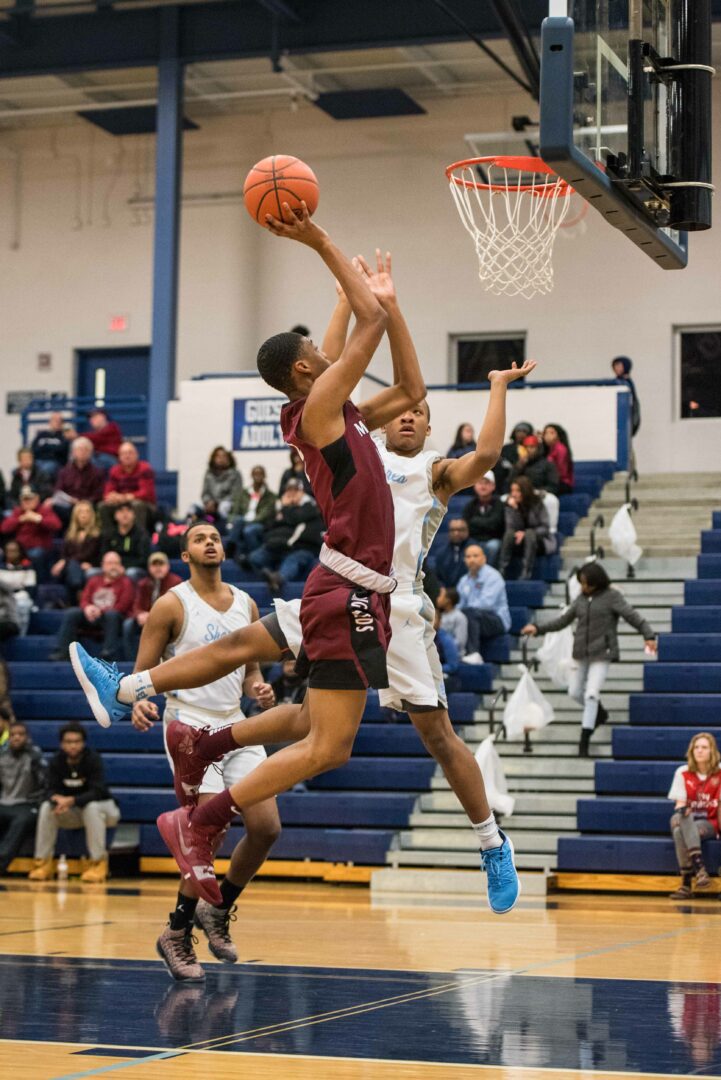 Muskegon’s Lamar Lee draws the foul on the drive to the basket. (photo/Eric Sturr) 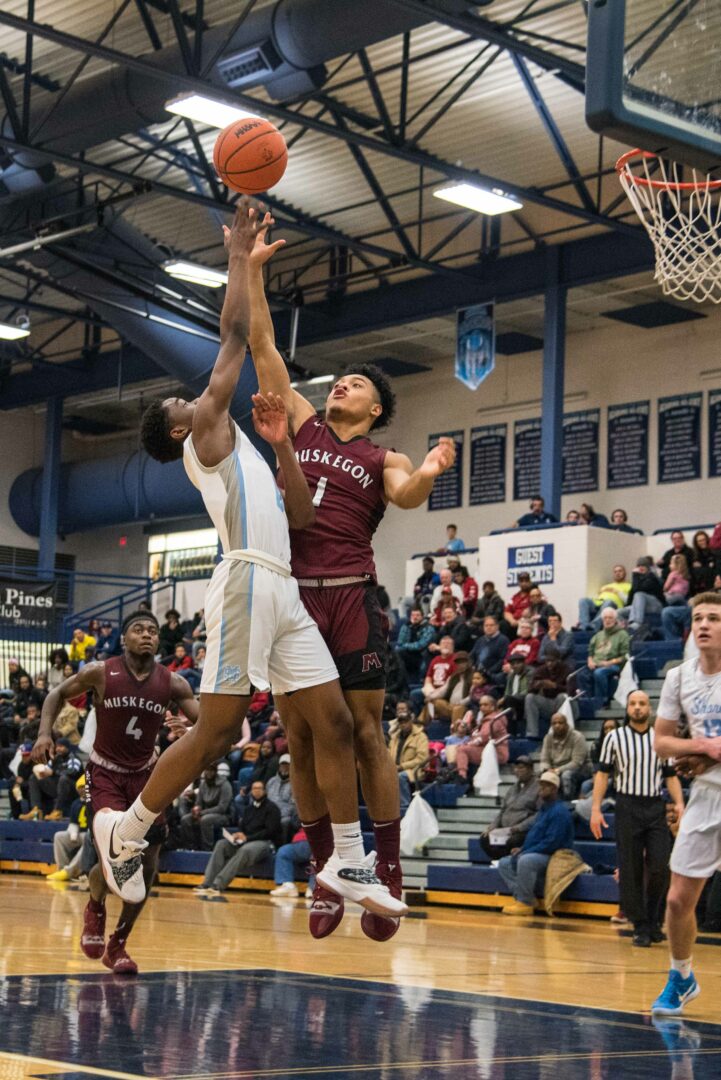 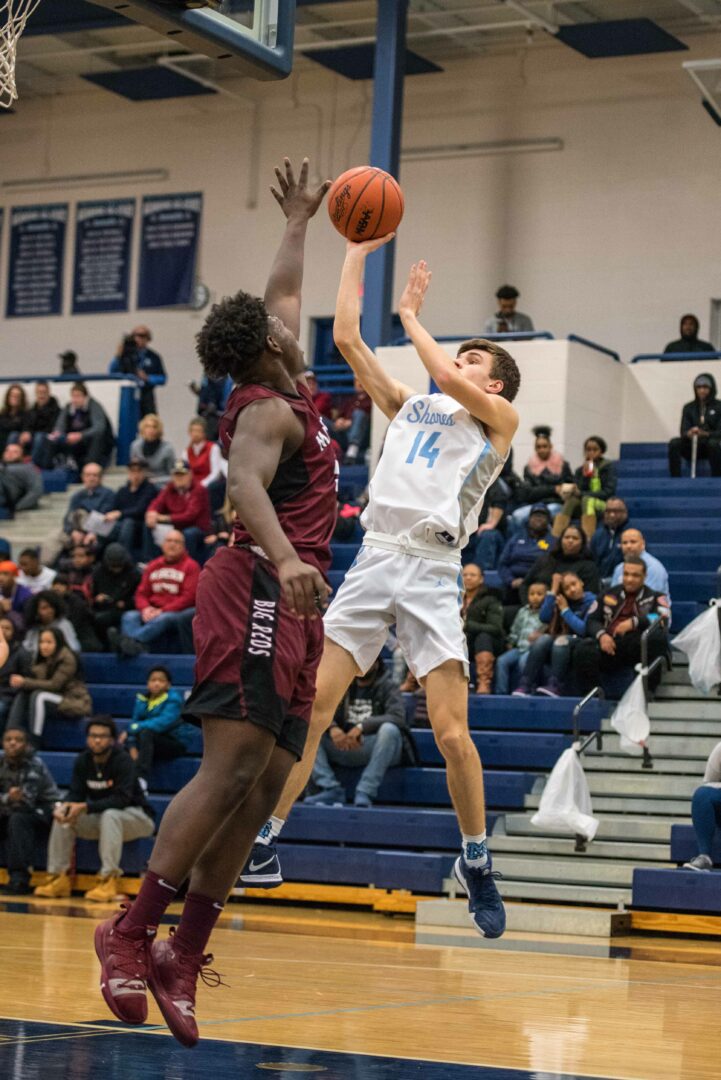 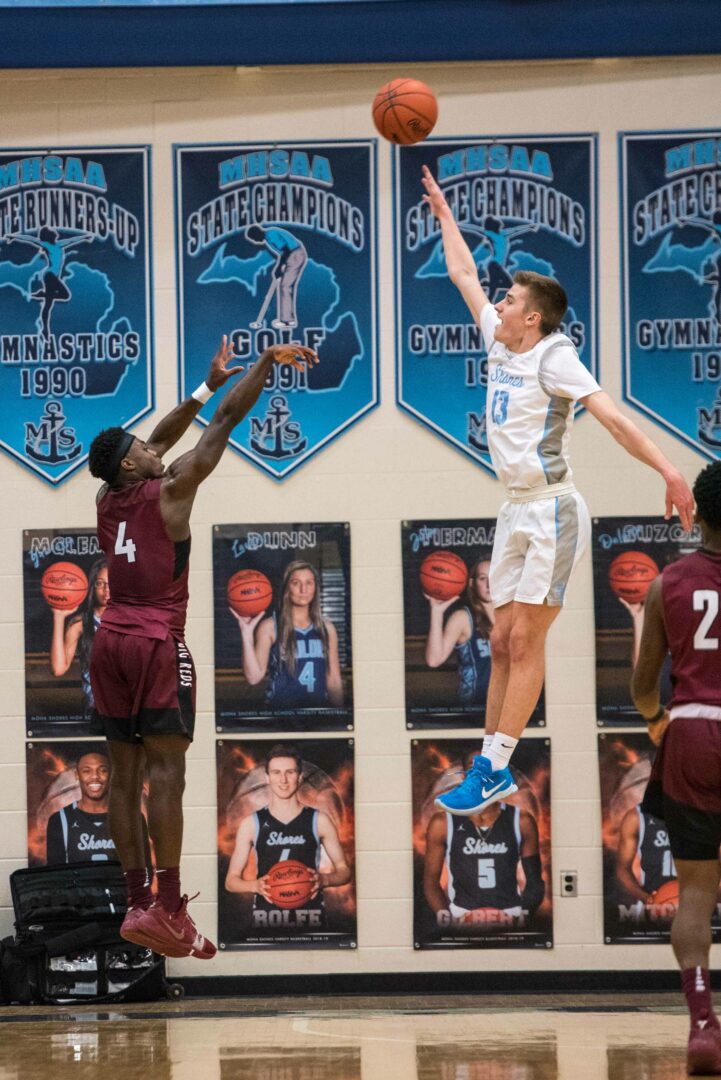 Muskegon’s Jarvis Walker just gets the shot off over the outstretched hand of Mona Shores’ Ben Rosenthal. (photo/Eric Sturr)