MUSKEGON – The Muskegon boys basketball team did not start the season on fire, by any stretch of the imagination.

At one point, the Big Reds were 3-3, and a lot of people were wondering if they might be headed for a subpar season.

But those who knew the whole story realized the situation was bound to improve, because there was a piece of the puzzle missing from the lineup in the first weeks of the season.

That piece was added in late January, when Jarvis Walker became eligible to play for the Big Reds. And sure enough, his presence made a huge difference, and a pretty good team became a really good team.

Just how good? We’re about to find out in the next few weeks. 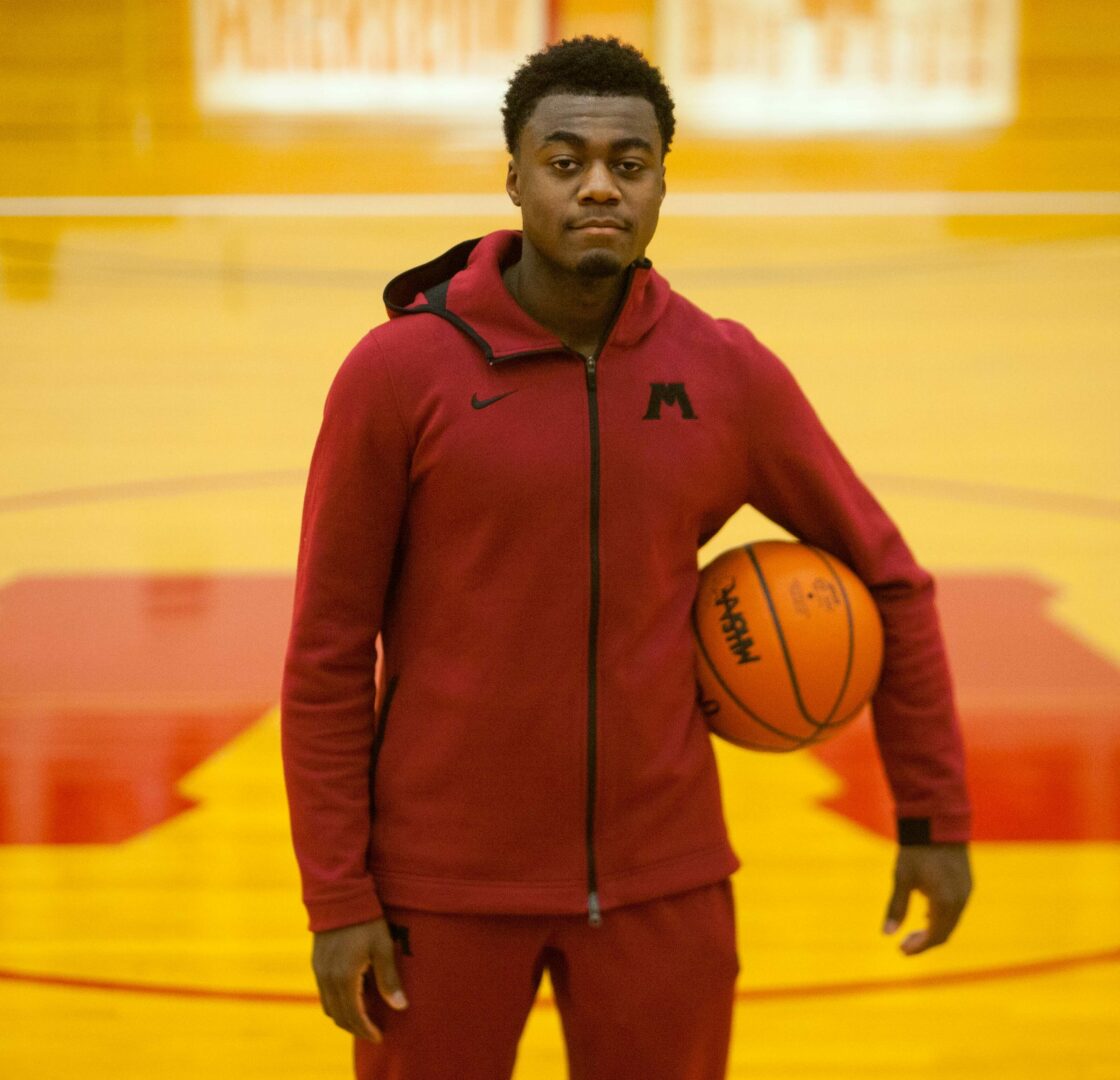 Muskegon has reeled off 14 straight victories, including 11 since Walker started playing. He made his presence felt right way, on Jan. 22 against his former teammates from Mona Shores, scoring 21 points, and he hasn’t slowed down since then.

Walker also scored 28 points in the Big Reds’ victory over Reeths-Puffer, which avenged an earlier loss to the Rockets that ended Muskegon’s  58-game conference winning streak.

The last week of the regular season was particularly thrilling for Walker.

Last Saturday he scored 29 points in a game against Kalamazoo Central and reached the 1,000 career point mark.

On Tuesday he scored 19 points to help the Big Reds defeat Mona Shores a second time and clinch at least a tie for the O-K Black Conference championship.

On Friday he scored 22 points as Muskegon beat Fruitport, secured sole possession of the conference championship, and closed the regular season with its 14th straight victory. 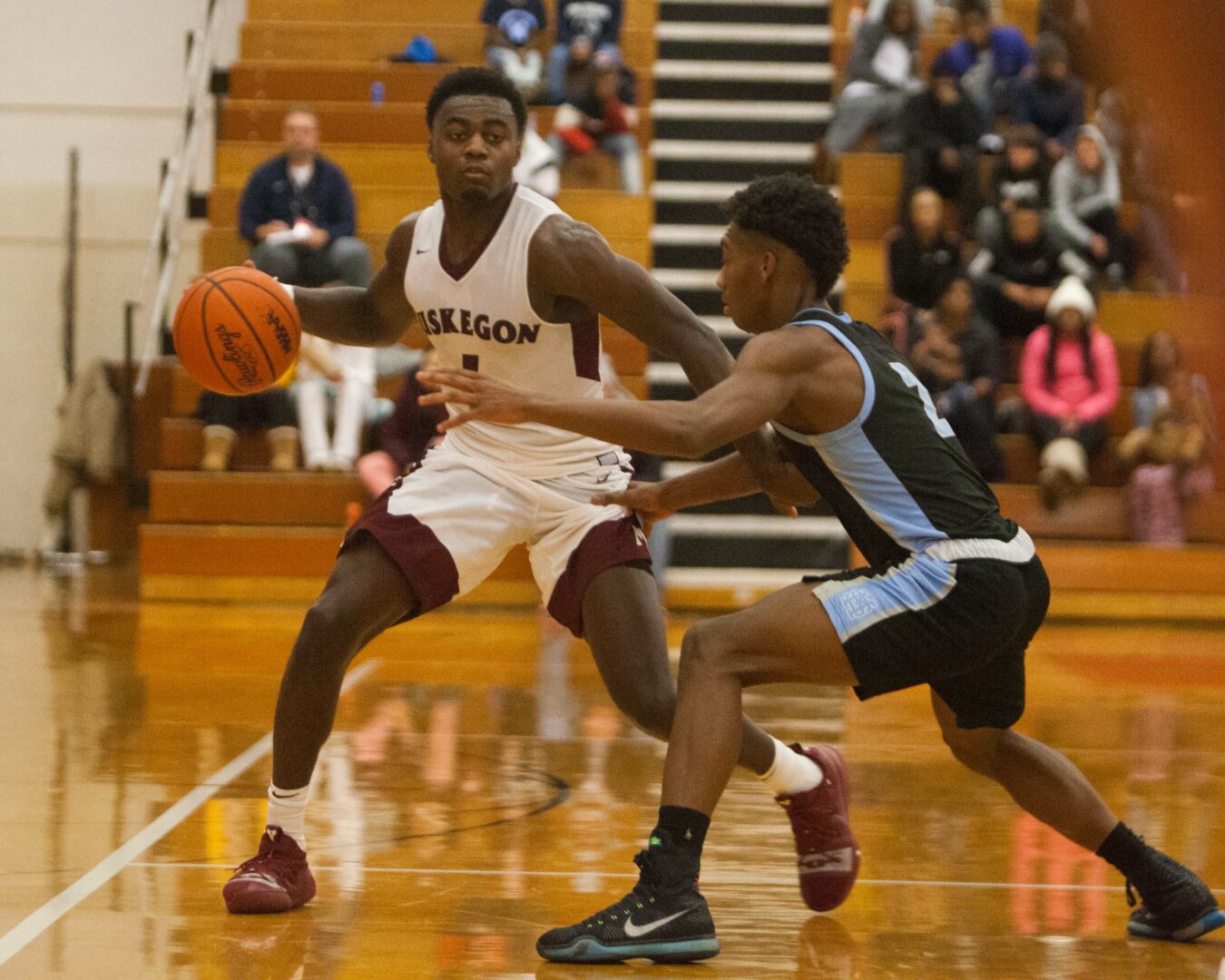 Jarvis Walker dribbles the ball during his Muskegon debut against Mona Shores on January 22. Photo/Jason Goorman

In 11 games, Walker is averaging 19.2 points per game, 5.3 rebounds and 2-2 assists. He and teammate Vern Nash (15.8 per game) have been carrying much of the offensive load for Muskegon, although the team has several other players who can score when necessary.

Suddenly the Big Reds are a heady 17-3, which is a long way from the skaky .500 start they had to the season.

But now maintaining the winning streak goes from being a luxury to a necessity. That’s because the state tournament starts Monday, and one loss means the end of the season.

Walker said there doesn’t have to be another loss. The way his new team is playing, he thinks the Big Reds could do what they last did in 2013-14 – plow through the tournament and bring home a state championship.

Muskegon, which is hosting the local Division 1 district tournament, will open postseason play at home on Monday against Grand Haven.

“It’s exciting,” said Walker, 16, a junior who’s already in his third season of varsity basketball. “we’re all happy, joking around and having so much fun. We want to keep going, keep the win streak going and go all the way. I definitely think that’s possible with this team.”

All the winning has been a reward of sorts for Walker, who had to miss the beginning of the basketball season for the first time in his career, due to state transfer rules. 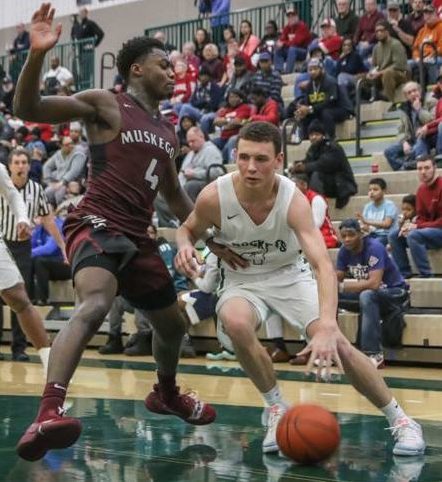 He had to sit out one semester, which means he missed Muskegon’s first nine games, and that wasn’t easy for a kid who desperately wanted to be on the court, helping his new teammates.

“I definitely was itching (to get back),” Walker said. “I couldn’t wait to get out there and help my team any way I could. I had never sat out before, but I just had to be patient.”

Once he finally hit the court, Walker said he fit in great with the team right away, which was not terribly surprising, since he had been practicing with the other players for months.

“I felt like it was a good flow,” he said. “I didn’t come in and disrupt anything. I came in and flowed with them. I knew that was possible, with all the good pieces we have on our team.”

Muskegon Coach Keith Guy says the Big Reds were already starting to turn the corner when Walker became eligible to play. He blames the early season blahs on having a very young team, as well as a slow early schedule when Muskegon didn’t play many games.

But he also says Walker has been a huge addition.

“There’s no doubt about it, he’s definitely been a shot in the arm, but we had already started to win,” Guy said. “We started to play some games consistently – early on we only played like once every seven to 10 days.

“I thought we were good enough to be this good all along, but I thought we would start slow, because we have nine juniors. They are still learning my ways, the system and the terminology. It took time, but we started to get better. I thought we were talented enough.”

It would have been pretty surprising if Walker had not turned out to be a standout basketball player. 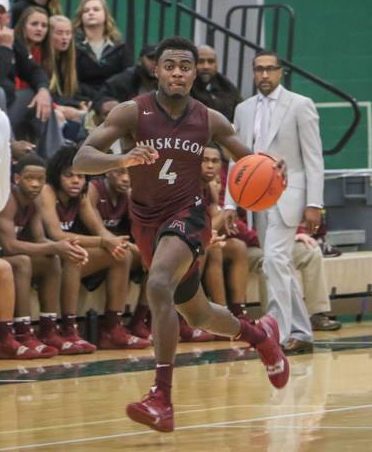 His parents, Jarvis and Danielle Walker, were high school basketball stars in the metro-Detroit area, and both went on to become Hall of Fame players at Ferris State University.

His two older sisters – Jasmyn and Jordan Walker – were both stars for the Mona Shores girls basketball team, and both are in the midst of their college basketball careers at Western Michigan University.

Jarvis remembers all the trips he went on as a young kid, watching his sisters play in tournaments all over the place.

“I definitely remember going to a lot of AAU tournaments with them, rolling out in the morning with my grandma and my mom, and going to Ohio and a bunch of different places to see them play,” he said. “They are definitely role models for me.”

As a youngster, Walker provided easy competition for both of his sisters in pickup one-on-one games. But as he grew, his own talent started to become more obvious.

In middle school, when he had grown bigger and stronger, he sometimes practiced with the Mona Shores girls varsity team. And it was rabout that time that he said he started catching up to his sisters one-on-one.

“I’ve been able to beat them since about my freshman year,” Walker said with a smile. “I would say through seventh grade, and maybe a little bit of eighth, sometimes they still got the best of me, but by ninth grade I started to win all the time. I remember being so happy when I beat Jasmyn in the eighth grade.”

Walker got his first up-close glimpse of state basketball glory in the spring of 2017, when his sister Jordan won the coveted Michigan Miss Basketball Award, a high-profile honor that goes to the top senior in the state. 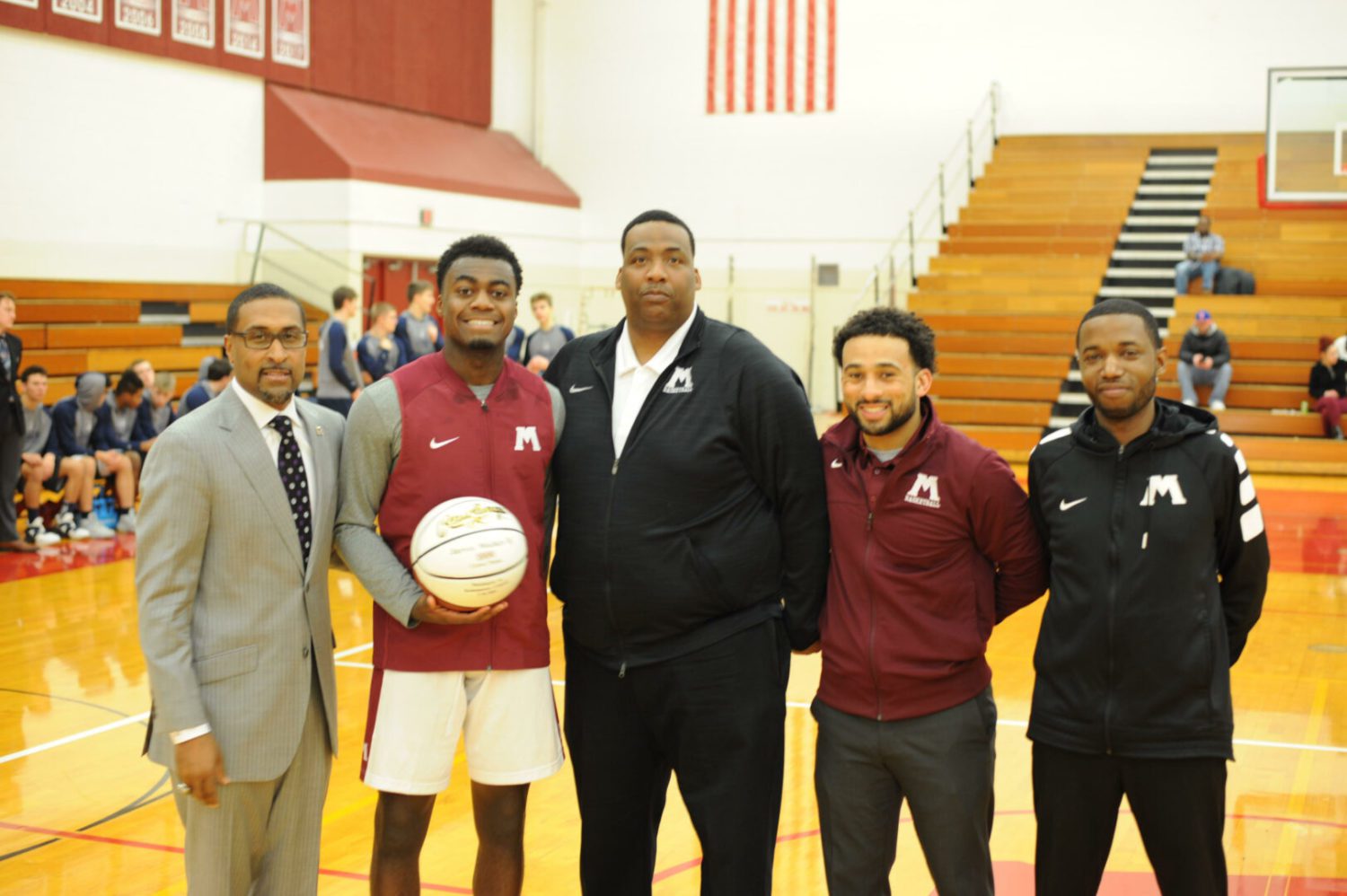 The junior Walker, celebrates his 1,000th point in win against Fruitport. Photo/Craig Smith

That opened his eyes about what could be possible, and made him want to eventually win the male equivalent of the award, Mr. Basketball. If he does reach that goal next year, he would be joining two other recent Big Reds – Deshaun Thrower and Deyonta Davis – who won the prestigious award in 2014 and 2015, respectively.

“That motivated me a bunch – I want to win it,” Walker said about his sister’s honor. “That was a really big deal. At home we prayed about (Jordan winning the award) as a family, and then it was hers. She put in the work to earn it. I was very proud and happy for her. It was a big thing for our family.”

Walker made the Mona Shores varsity as a freshman and was an instant standout. He started to really open eyes around the state last season, when he averaged 22 points per game as a sophomore.

He also got a lot of attention last year when he decided to transfer from Mona Shores to Muskegon, which has had one of the more elite basketball programs in the state since 2012-13, when Coach Guy came over from Muskegon Heights.

Of course some people assumed Walker’s transfer was a simple case of a great young player wanting to join a great basketball program. But he insists that was not the case.

While he doesn’t say a lot about his reasons for transferring, there’s no doubt that Walker – like his older sisters – is a serious student-athlete who cares about his performance in the classroom. He currently carries a 3.9 grade point average, and like his sisters has professional career plans after college. 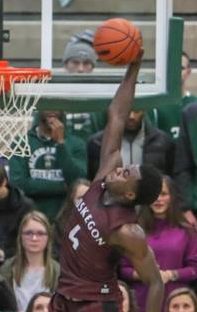 Walker glides in to slam home a dunk shot in Muskegon’s win over Reeths-Puffer. Photo/Joe Lane

“I had been at Shores since preschool, and it was great, but I wanted a different experience,” he said.

Walker does admit that it was tough playing against his old friends at Mona Shores, particularly last week, when the Big Reds visited the Sailors’ gym.

“It was easier the first time, cause we were here,” Walker said quietly. “It was a little harder going back to the old gym.”

“He coaches hard, he’s going to yell at you, but at the end of the day it’s all love,” Walker said about Guy. “He wants you to get better, not just in basketball, but as a person. He’s going to tell you when you do bad and when you’re great. He doesn’t sugar-coat it.”

Guy, in turn, says Walker is a very coachable kid who is eager to keep learning and improving, and as a result, has become an offensive weapon from all over the court.

“He’s doing it all – getting to the foul line, hitting mid-range jumpers, getting to the basket, making plays for others, hitting 3-point shots,” the coach said. “He can score in every area. We can put him in the low post and he can score with a smaller defender on him, and if he has a bigger guy on him, we can pull him out and he can drive around them. He can shoot from deep or mid-range.

“He comes from a great family. His mom and dad did a great job. They are an athletic family, and they know how important it is to treat teammates right, and be respectful to coaches and everybody involved in the program. It’s refreshing to have a kid of this caliber with such a great attitude.

“I have a lot of those kind of guys – good teammates and good kids. The chemistry is great. Jarvis came in and started his very first game, and everybody was happy he was starting. There was no friction. Everybody was happy and looking forward to him playing.”

Walker said he’s already heard from quite a few colleges, including Division 2 schools like Grand Valley State University and Ferris State University. He said if he could have his choice, he might go with Michigan State, because he’s a Spartan fan, but he knows he will probably have a lot of colleges to choose from.

“He’s a Division 1 player, no doubt about it,” Guy said. “I’ve seen a lot of them and he’s right up there with them.” 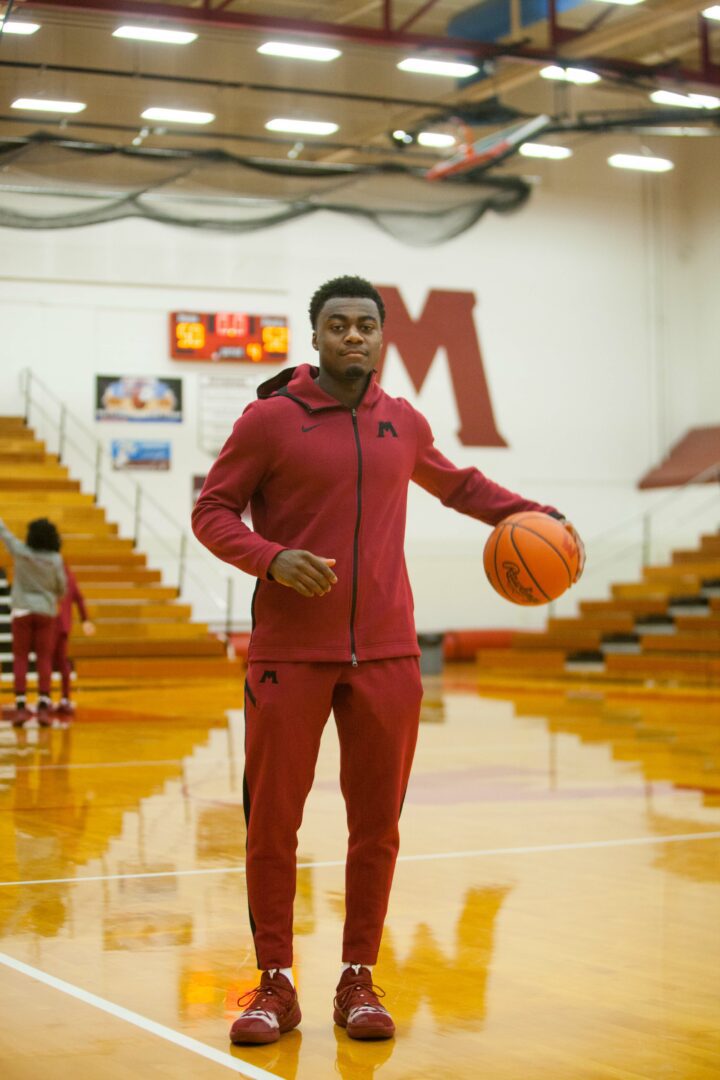 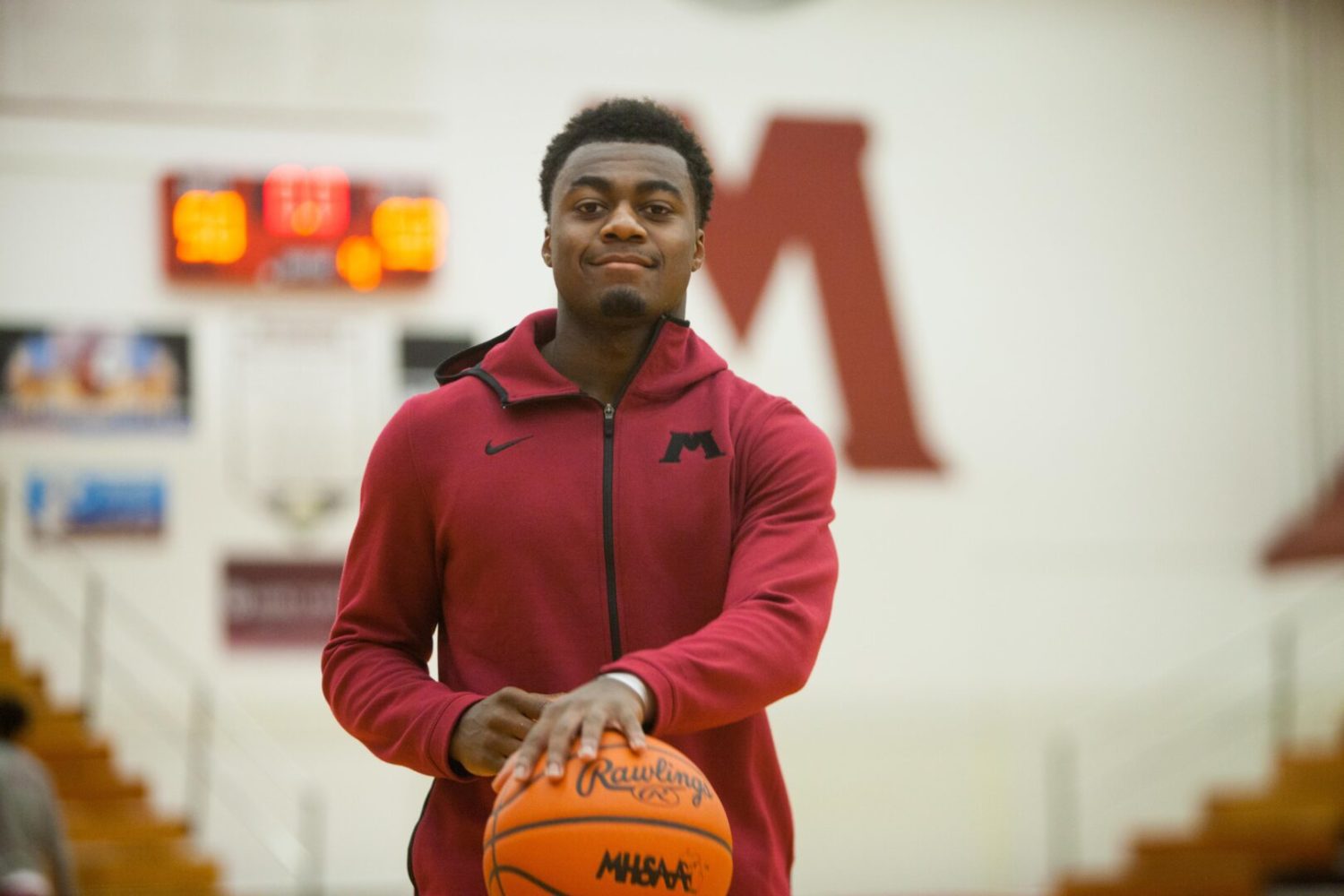 Whitecaps give up late runs, fall at Lake County in extra innings after having early lead