GRAND HAVEN – The Grand Haven wrestling squad had its share of success this season,

before ending with a loss in team districts. 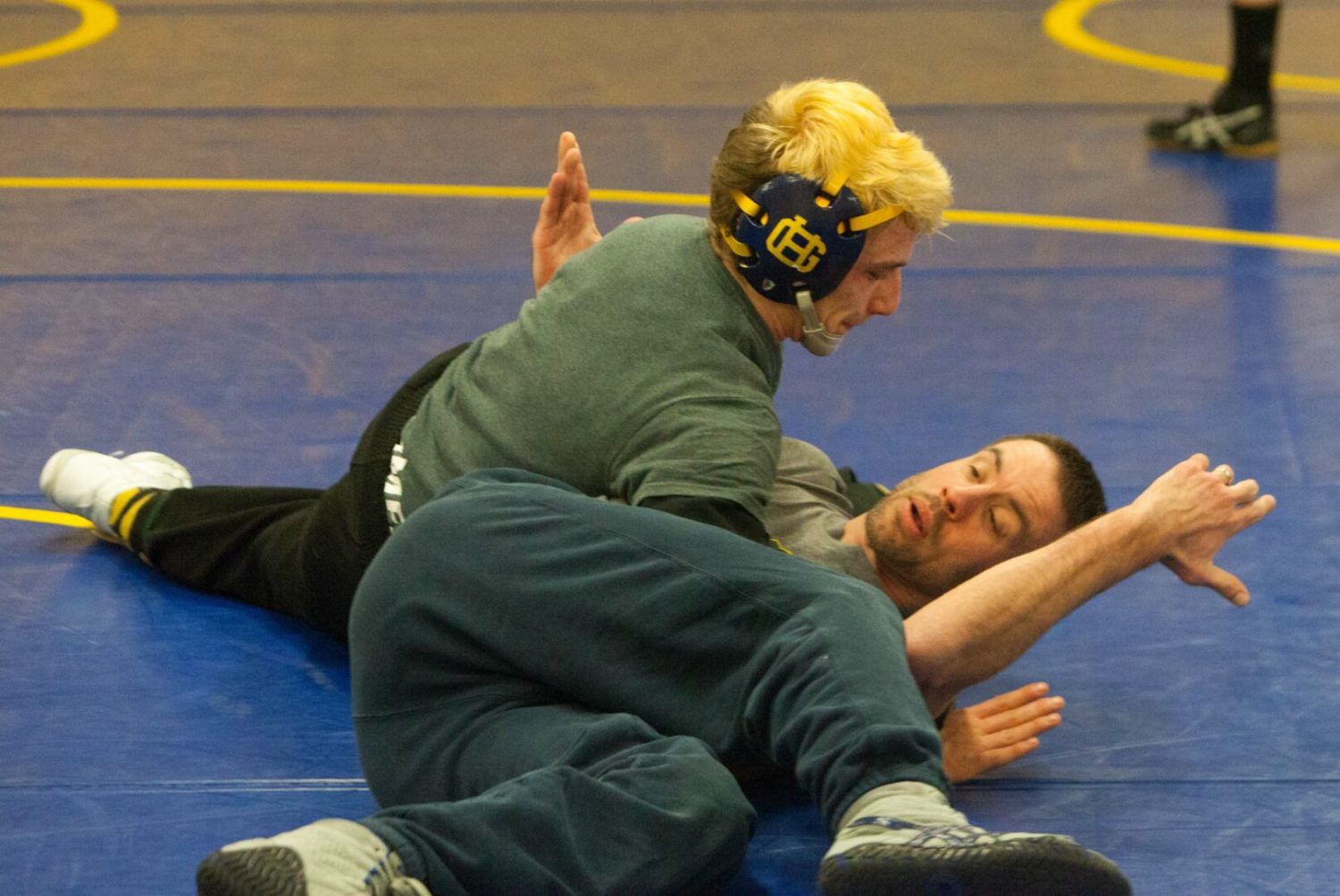 Cody Miller spars with coach Vince Gervais as he receives hands on instruction during a Feb. 5 practice at Grand Haven. Photo/Jason Goorman

But the great thing about wrestling is that the end of the team season doesn’t mean the end for individual standouts.

Grand Haven junior Riley Rhone and senior Cody Miller both hope to go a long way in the individual state tournament, and they got off to a great start on Saturday when both won weight class championships in their district tournament.

They were among 24 local wrestlers who won individual district titles on Saturday.

Miller pinned three of his four opponents while also capturing a victory via technical-fall. In the district championship match, Miller pinned his opponent, Hunter Nykamp of Hudsonville, in 1:20.

Rhone also cruised through district competition, easily winning both of his matches. Rhone won via technical-fall in the semifinals, before pinning Bryson Aulbach of Rockford in 3:03 of the district championship match.

The championships extended great seasons for both wrestlers. 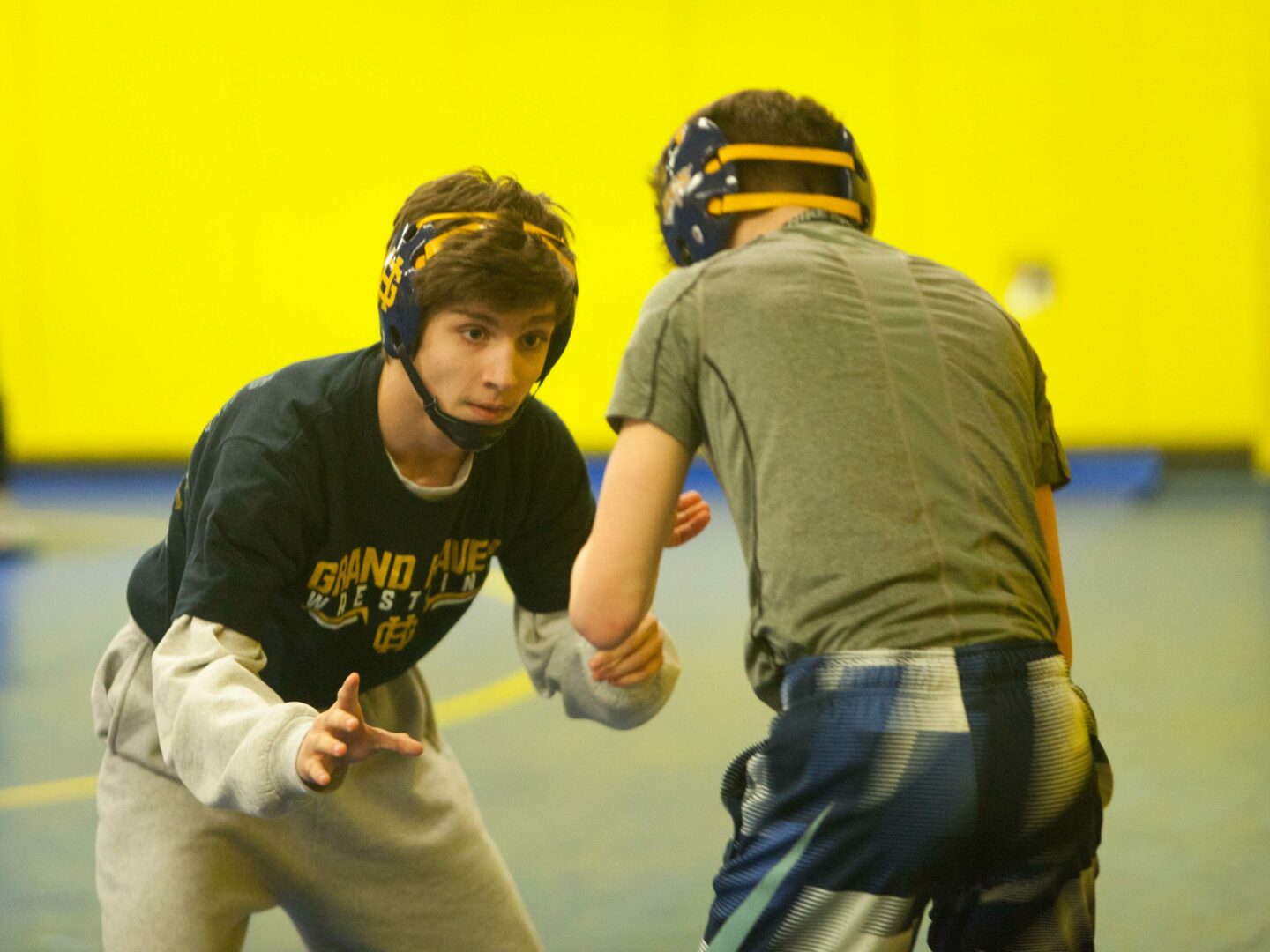 Riley Rhone prepares to make a move on his teammate during a Feb. 5 practice session. Photo/Jason Goorman

Miller has now qualified for regionals all three years of his high school career, while Rhone is a second-time qualifier. Both are first-time district champions.

The two will have home-mat advantage on Saturday, when Grand Haven hosts a Division 1 regional tournament. The top four wrestlers in each weight class will qualify for the individual state finals.

They will be joined by teammates Hefzur Rahman and Trevor Rademaker, who also qualified for regionals on Saturday.

There’s a reason that both Miller and Rhone are having such great seasons, according to their coach – old-fashioned hard work, dedication and preparation, long before the season rolled around. 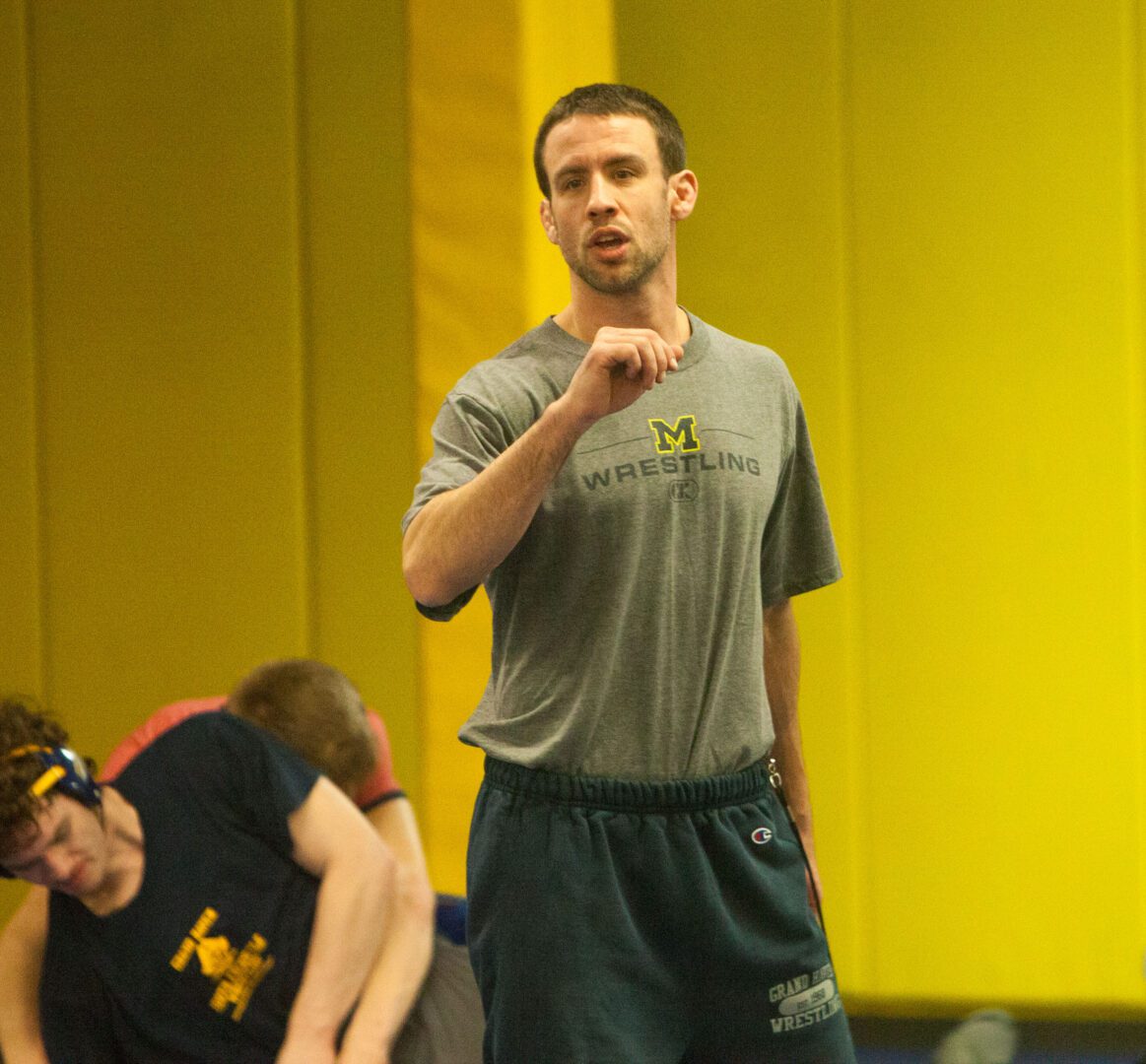 Grand Haven Coach Vince Gervais talks to his team on Tuesday, Feb. 5 as his players work on moves during practice. Photo/Jason Goorman

While the two wrestlers will be on their own in the individual tournament, they say the experience they had with their team this season helped them tremendously.

Grand Haven, which only had five seniors on its 40-member squad, posted an impressive 15-5 dual record before bowing out in team districts.

“It’s been great,” said Miller about his individual success. “But I can’t say that it’s just because of me, because I’ve had a lot of guys pushing me and helping me. I guarantee that I’ve gotten twenty times better this year because of them.”

“I’ve never had a more fun season with these guys, to be honest. The family aspect and the way we got along and built each other up has been great.”

Rhone, noting the number of underclassmen on this year’s team, is already looking forward to next season.

“We’re only going to graduate a few and it will be nice because we can build and have an even better season next year,” he said.

While Miller and Rhone are teammates, they have found success with very different styles. Rhone is more strategic on the mat, and uses defensive tactics to lure opponents into his trap, Miller is more aggressive and eager to get the pin.

“At times I can be very defensive,” said Rhone about his wrestling style. “I don’t shoot a lot. But I almost always get a pin.”

“I attack,” said Miller, who won his first district title on Saturday. “I don’t let up a lot and I love to have fun. As long as I know I’m going after them and trying to break them, I’m doing all right.”

Of course both boys dream of winning state titles at the Division 1 finals at Ford Field on March 1-2.

“That would mean everything,” said Miller, who was a state qualifier last season. “It would be a dream come true, and would help me pursue college wrestling, which is a dream. I feel this is my year, and if I do this, it will be amazing.”

“It would mean a lot to me,” Rhone said. “I’ve put in a lot of work for it, and it would be the first state champion for coach. He’s invested a lot into the program and into me.” 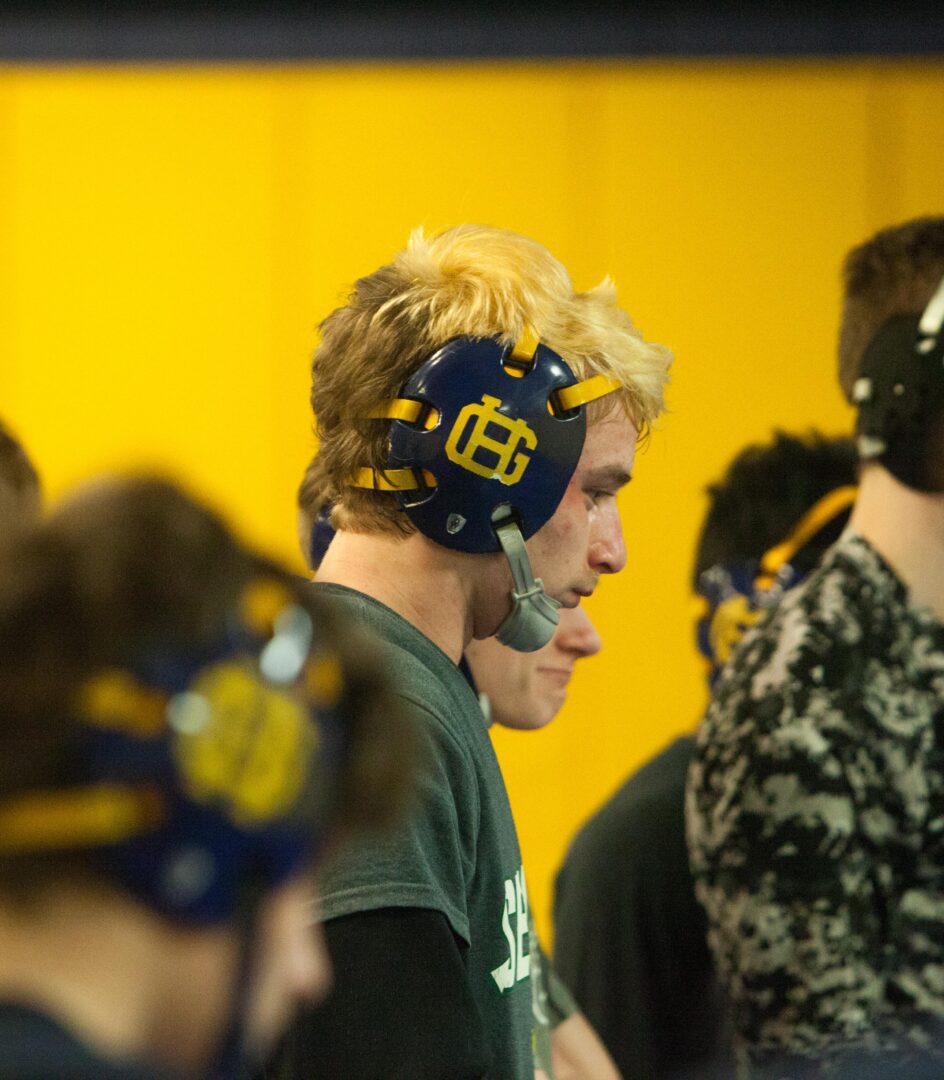 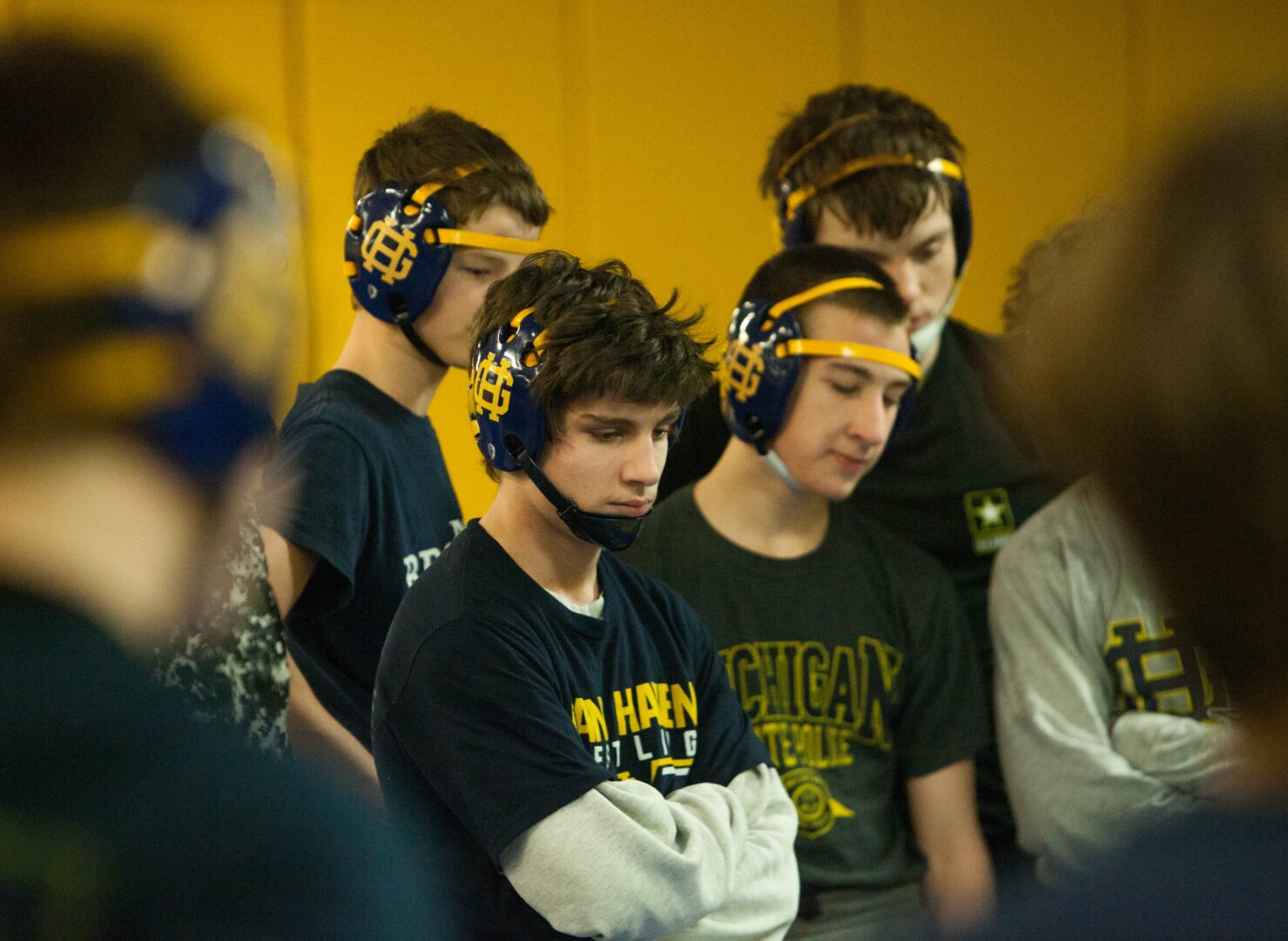 Junior Riley Rhone tunes in with his teammates during instruction from his coach at Grand Haven’s wrestling practice on Tuesday, Feb. 5. Photo/Jason Goorman 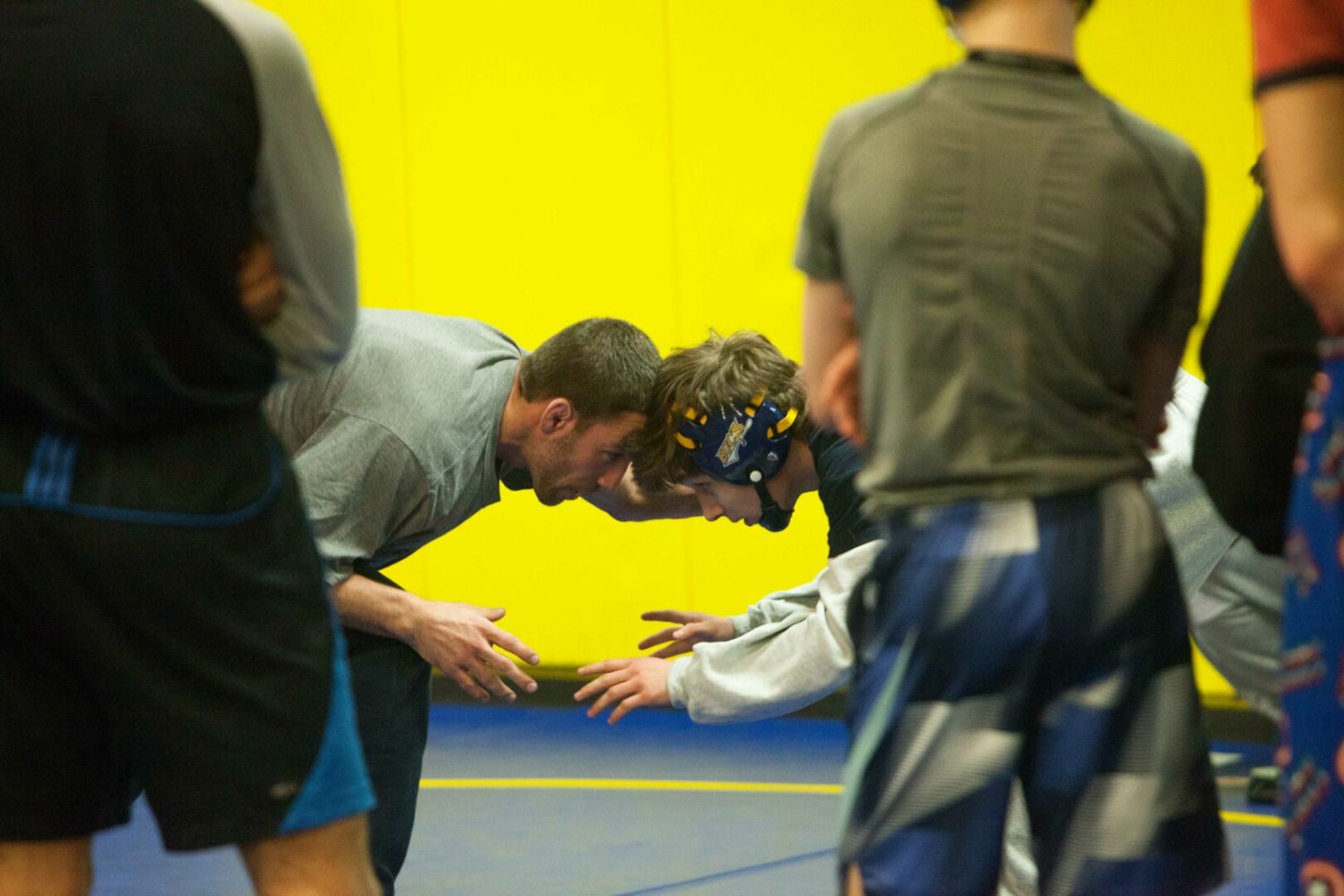 Riley Rhone participates in instruction from coach Vince Gervais during a Grand Have practice on Tuesday, Feb. 5. Photo/Jason Goorman 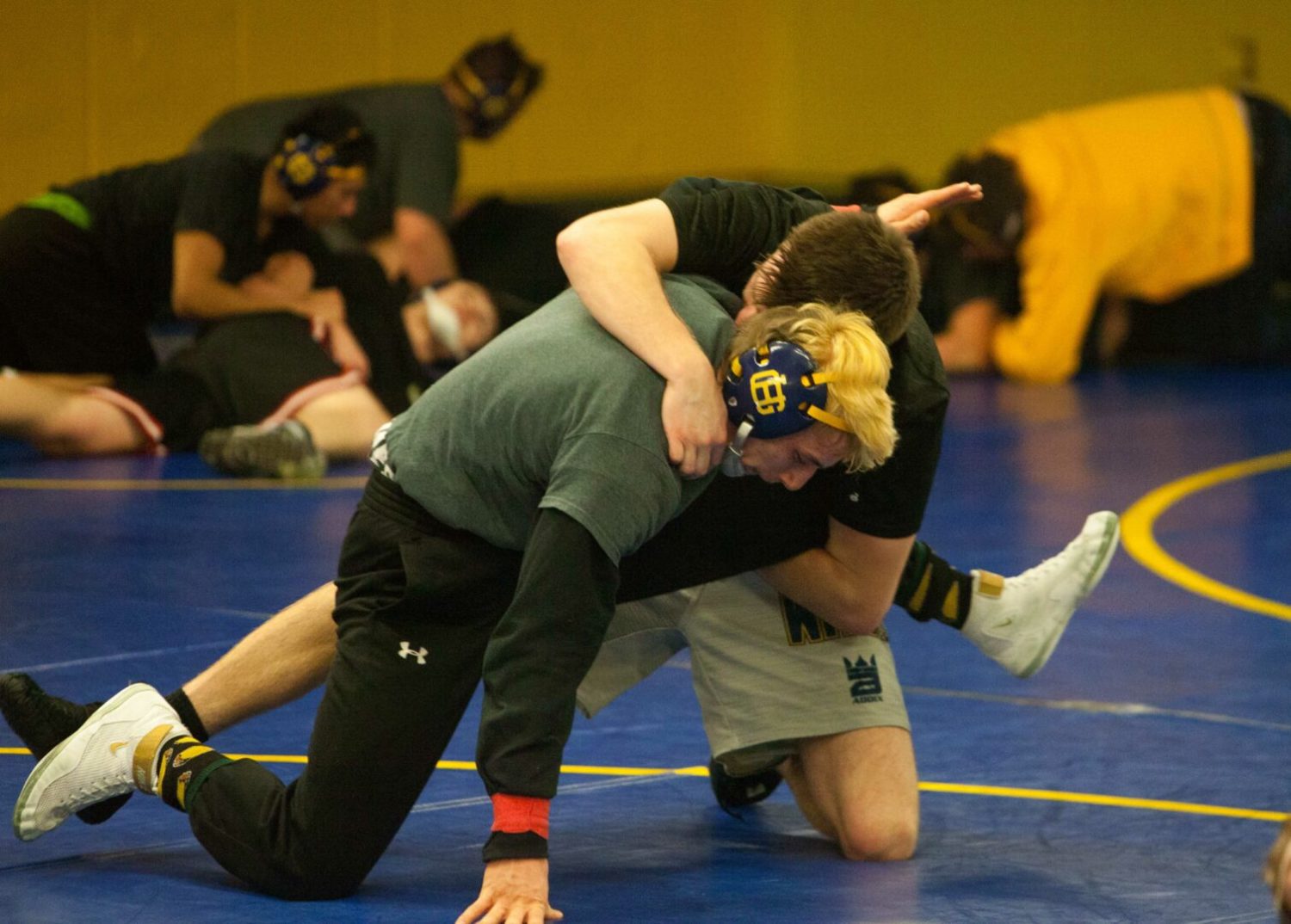 Cody Miller spars with his teammate during practice on Feb. 5. Photo/Jason Goorman 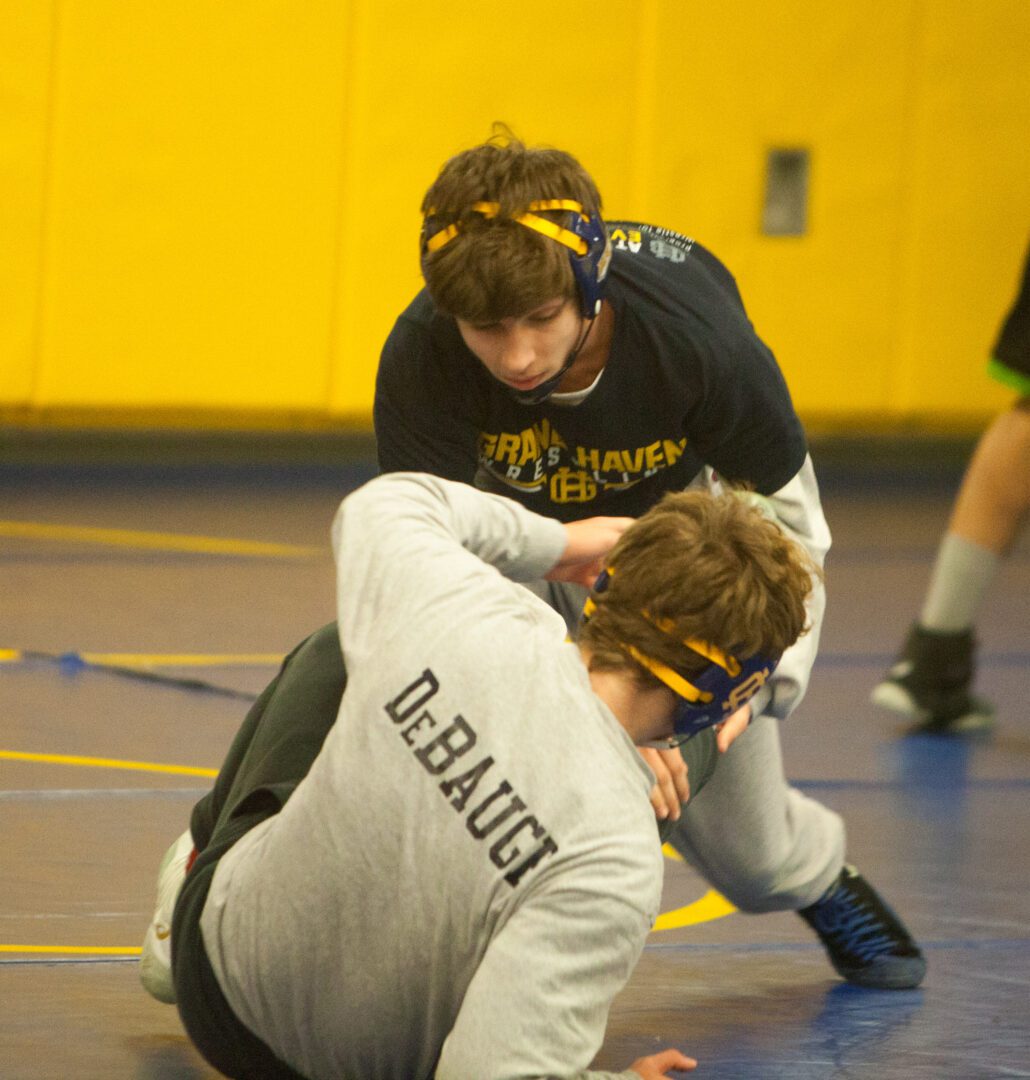 Riley Rhone makes a move on his teammate during practice on Feb. 5. Photo/Jason Goorman 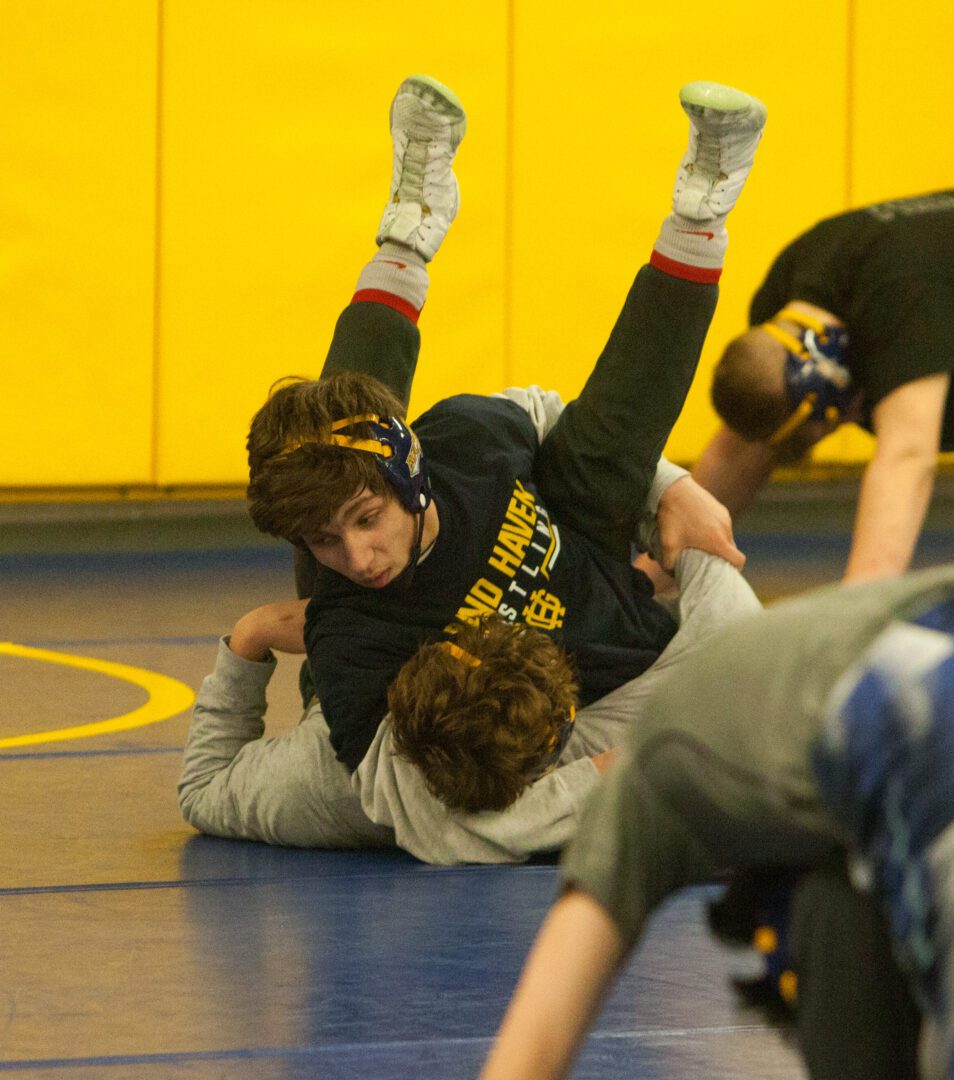 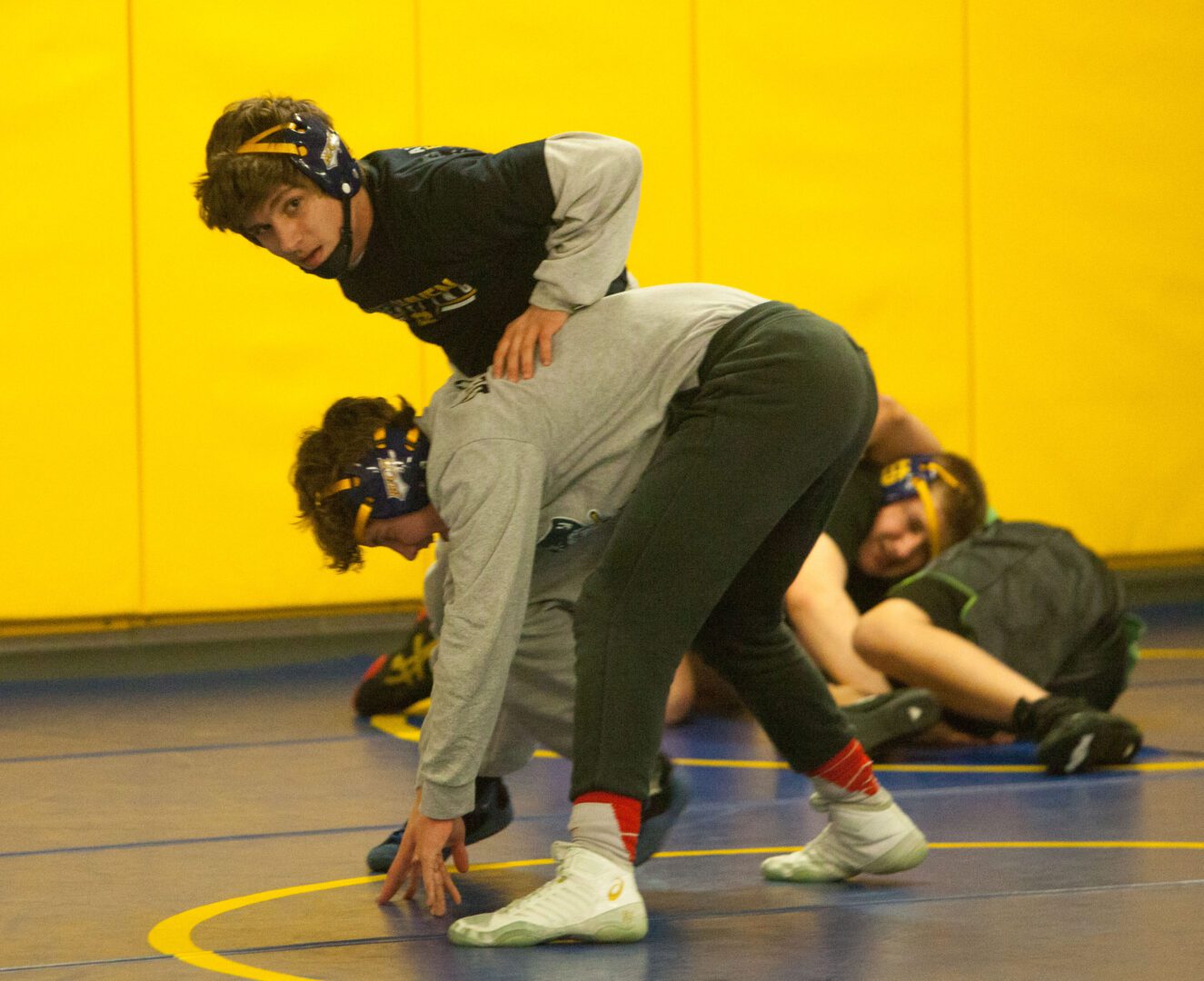 Riley Rhone works over his teammate during practice on Feb. 5. Photo/Jason Goorman 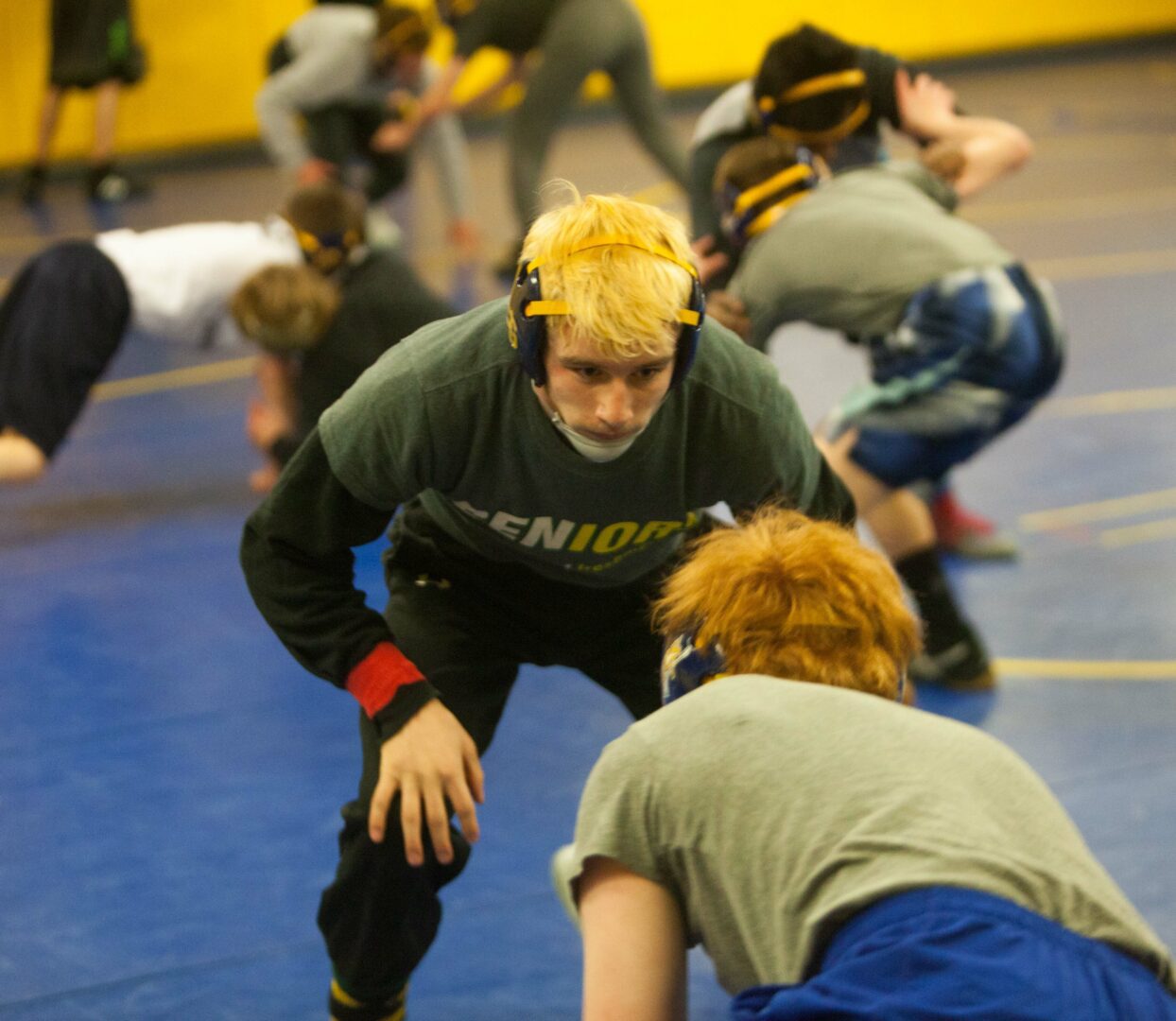 Cody Miller squares up with his teammate during a Feb. 5 practice. Photo/Jason Goorman 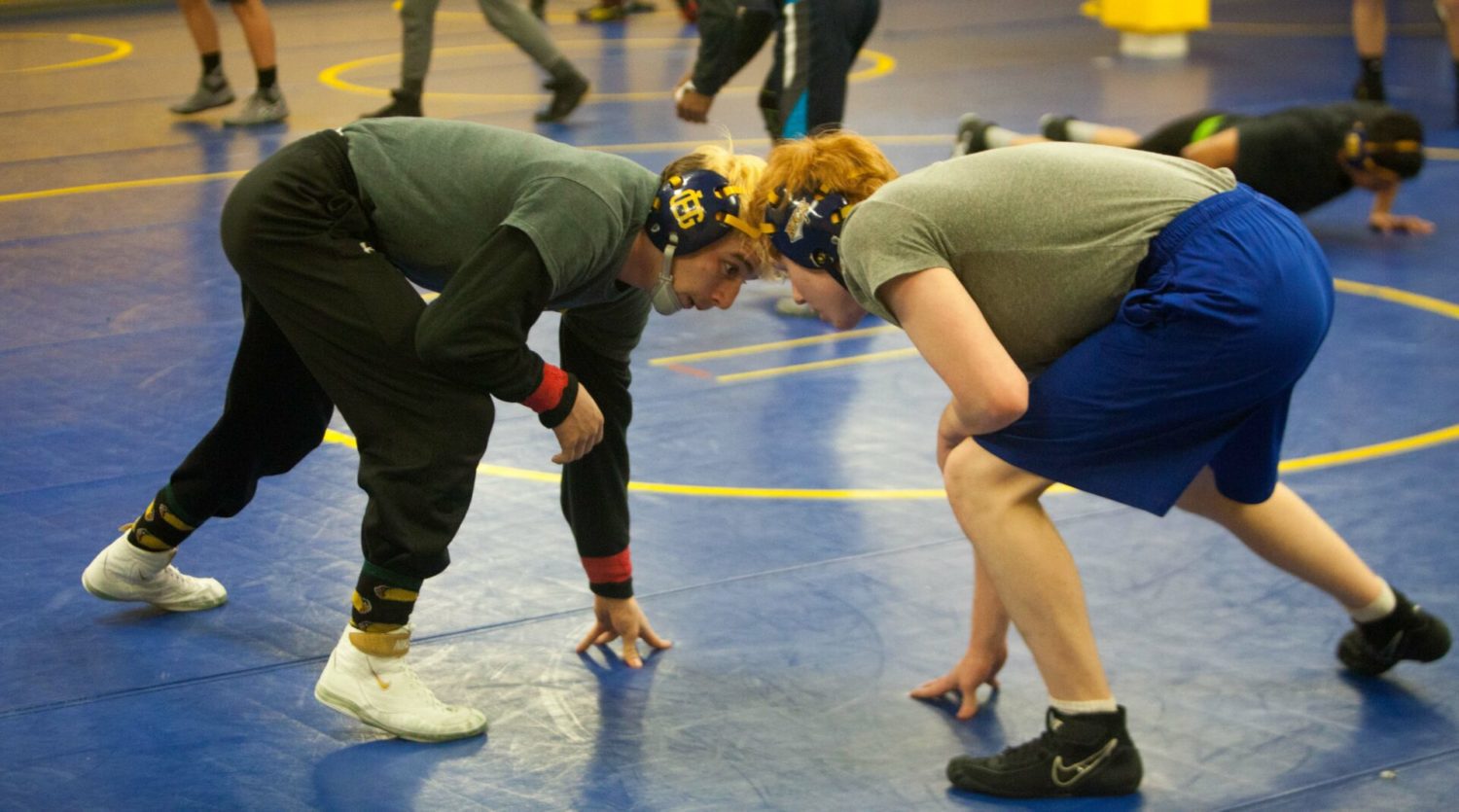 Riley Rhone prepares to make a move on his teammate during a Feb. 5 practice session. Photo/Jason Goorman 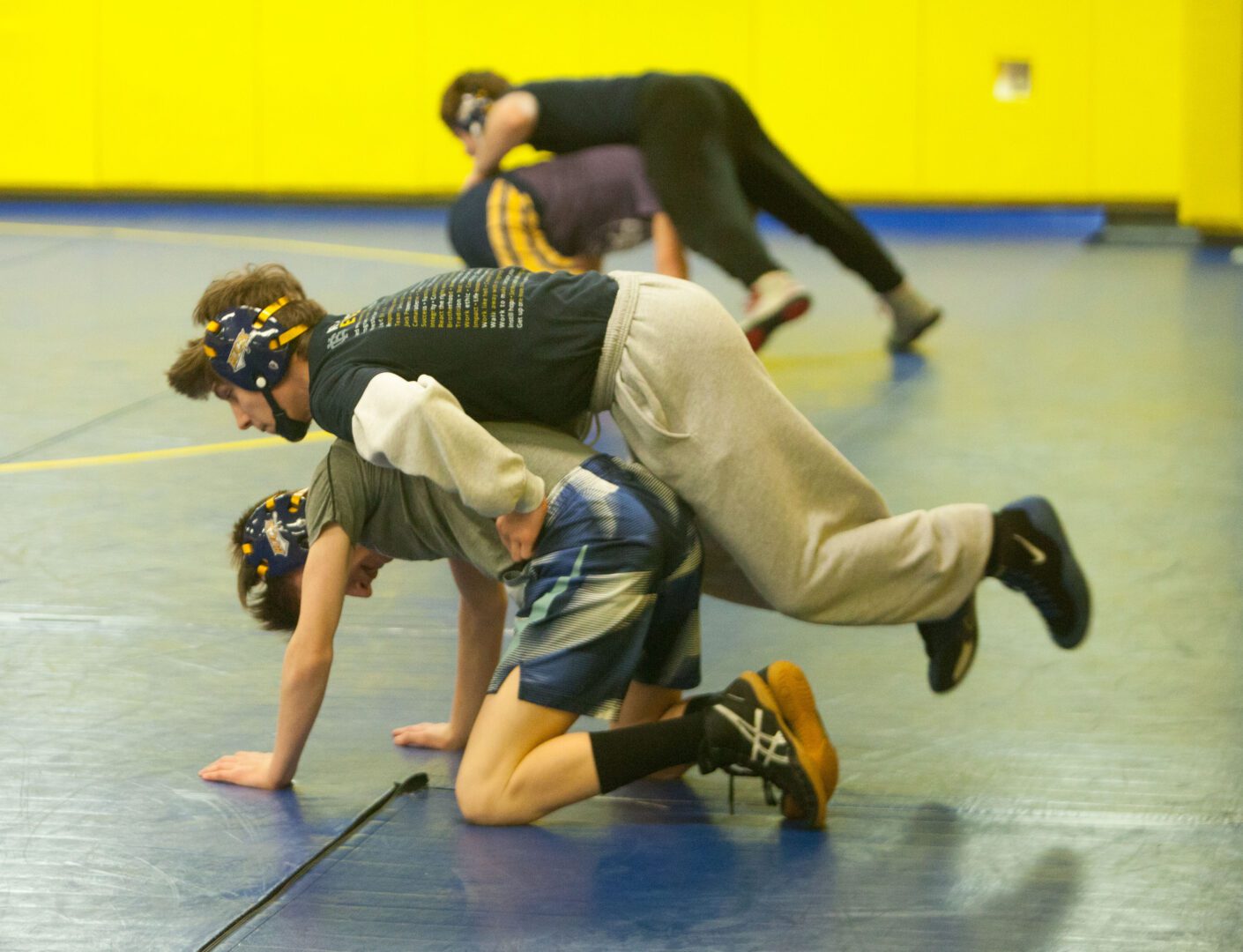 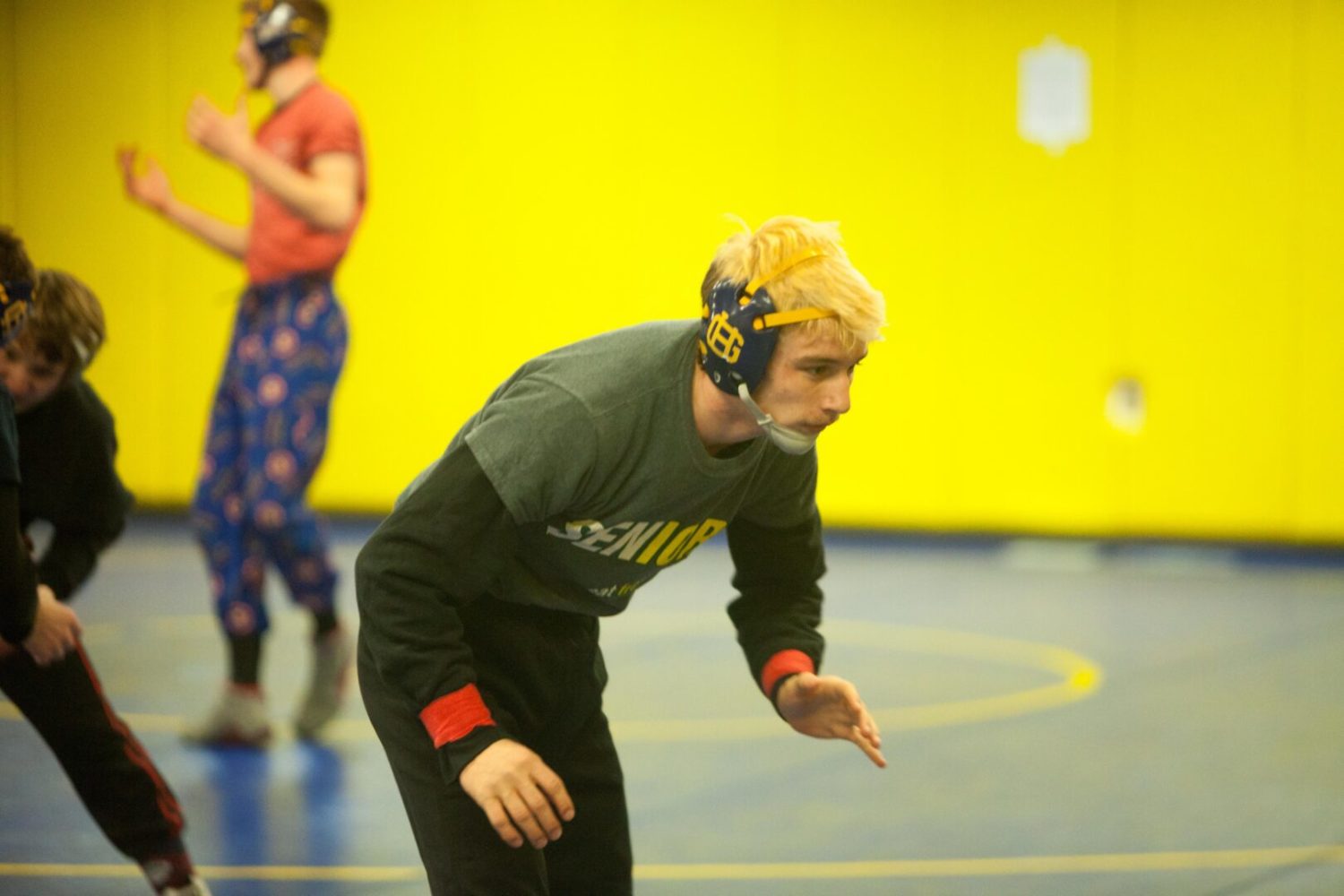 Cody Miller readies himself during a practice drill on Feb. 5. Photo/Jason Goorman 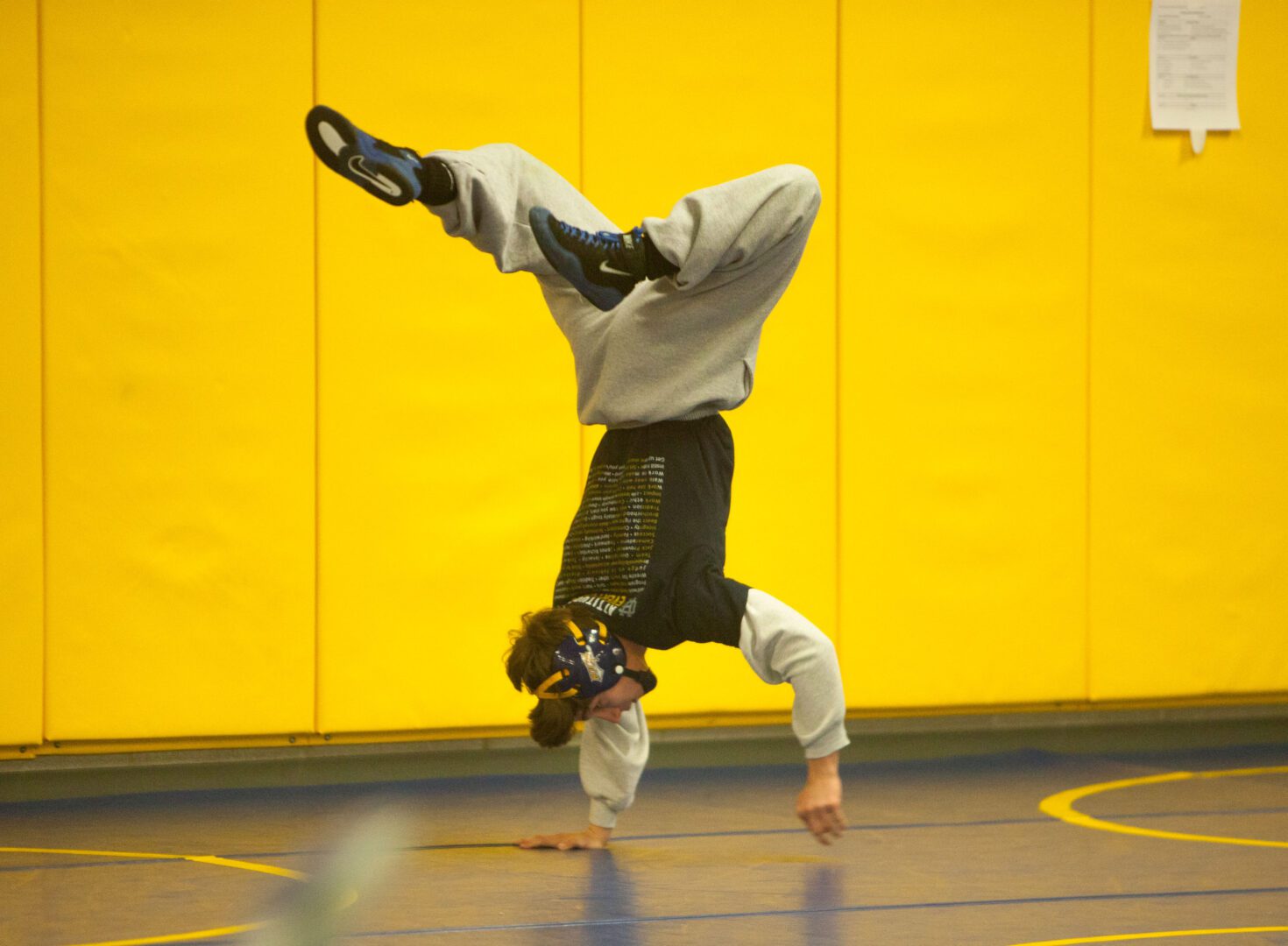 Riley Rhone walks on his hands during a warmup session before practice on Feb. 5. Photo/Jason Goorman 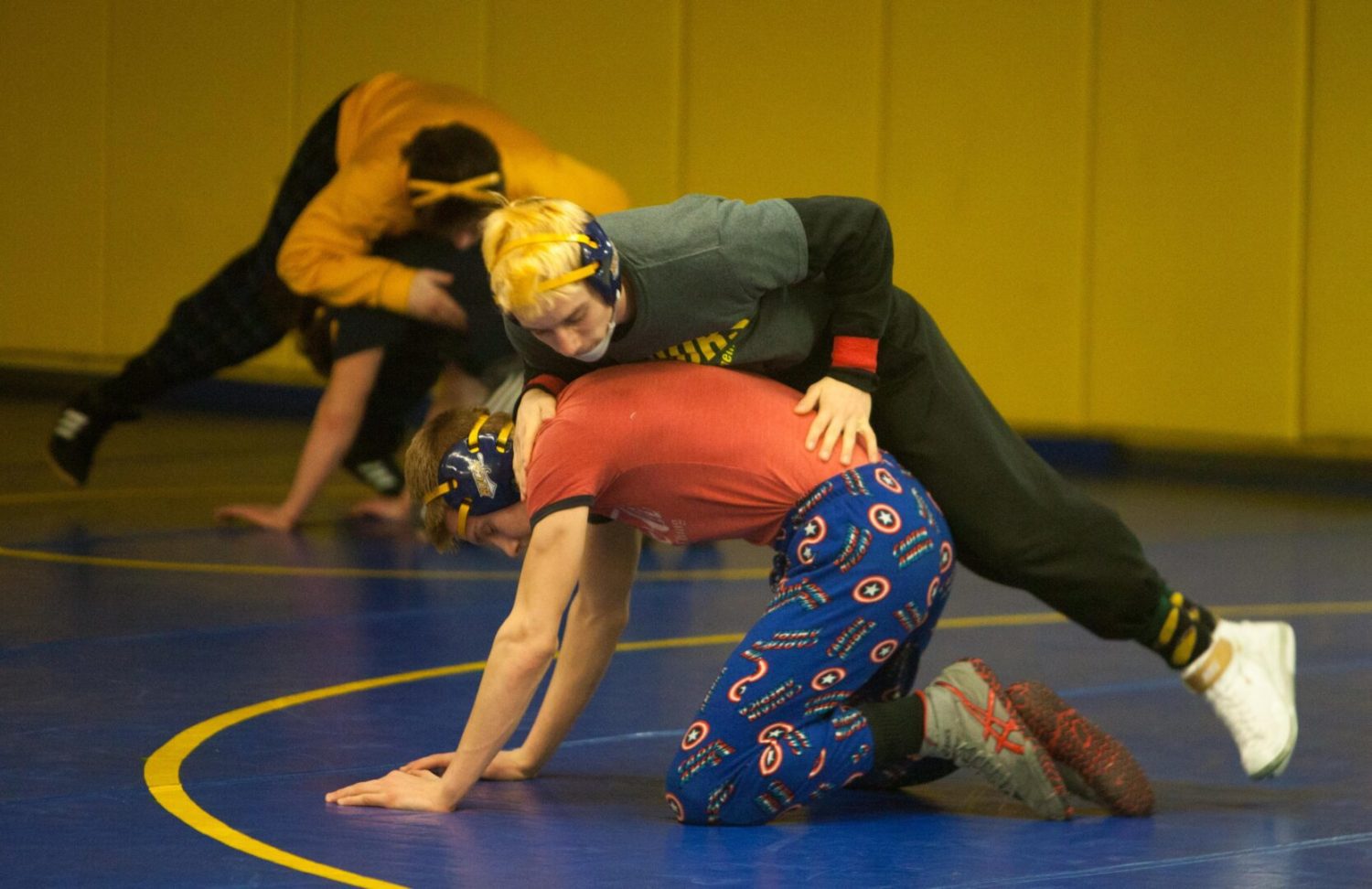 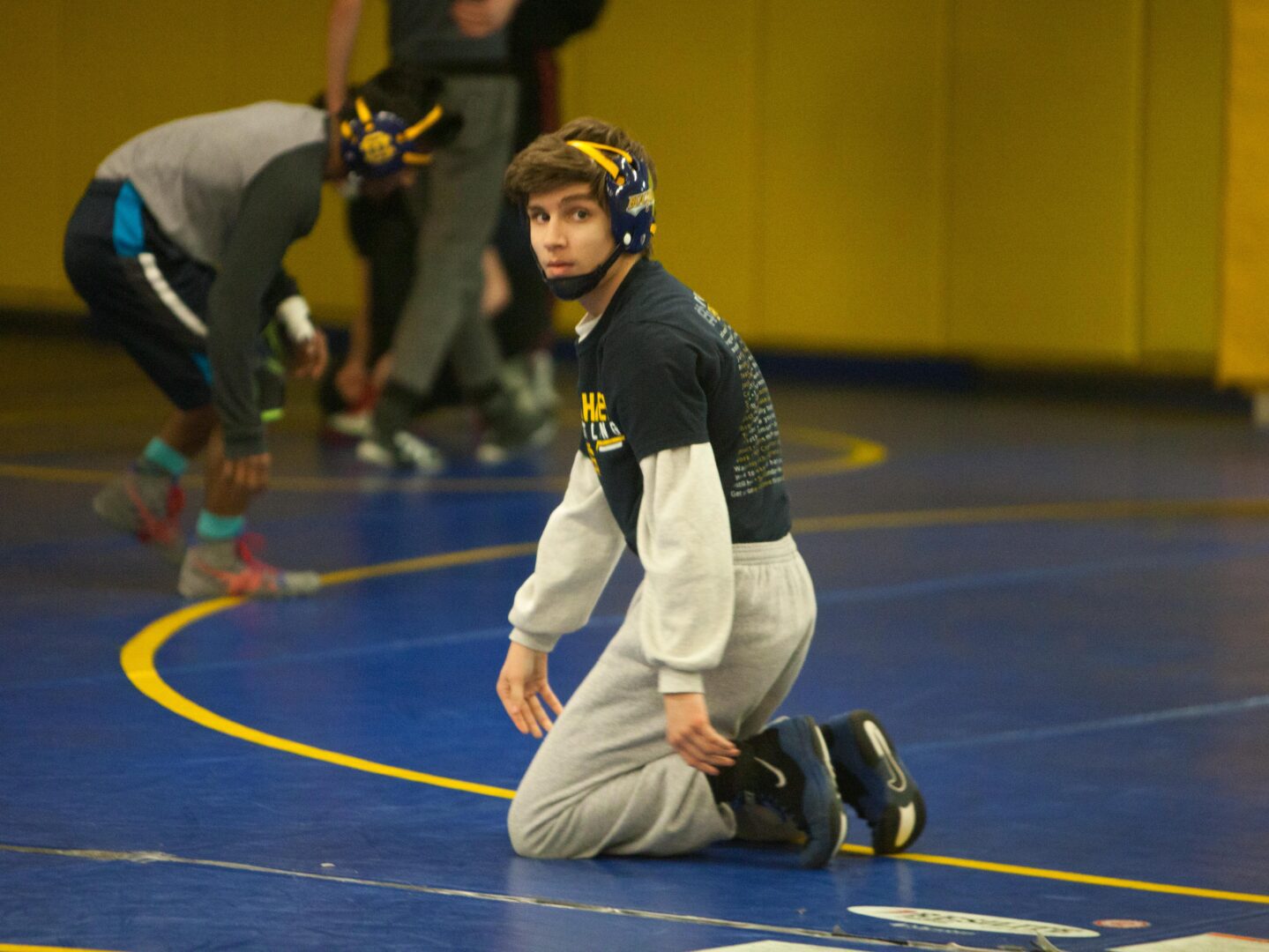 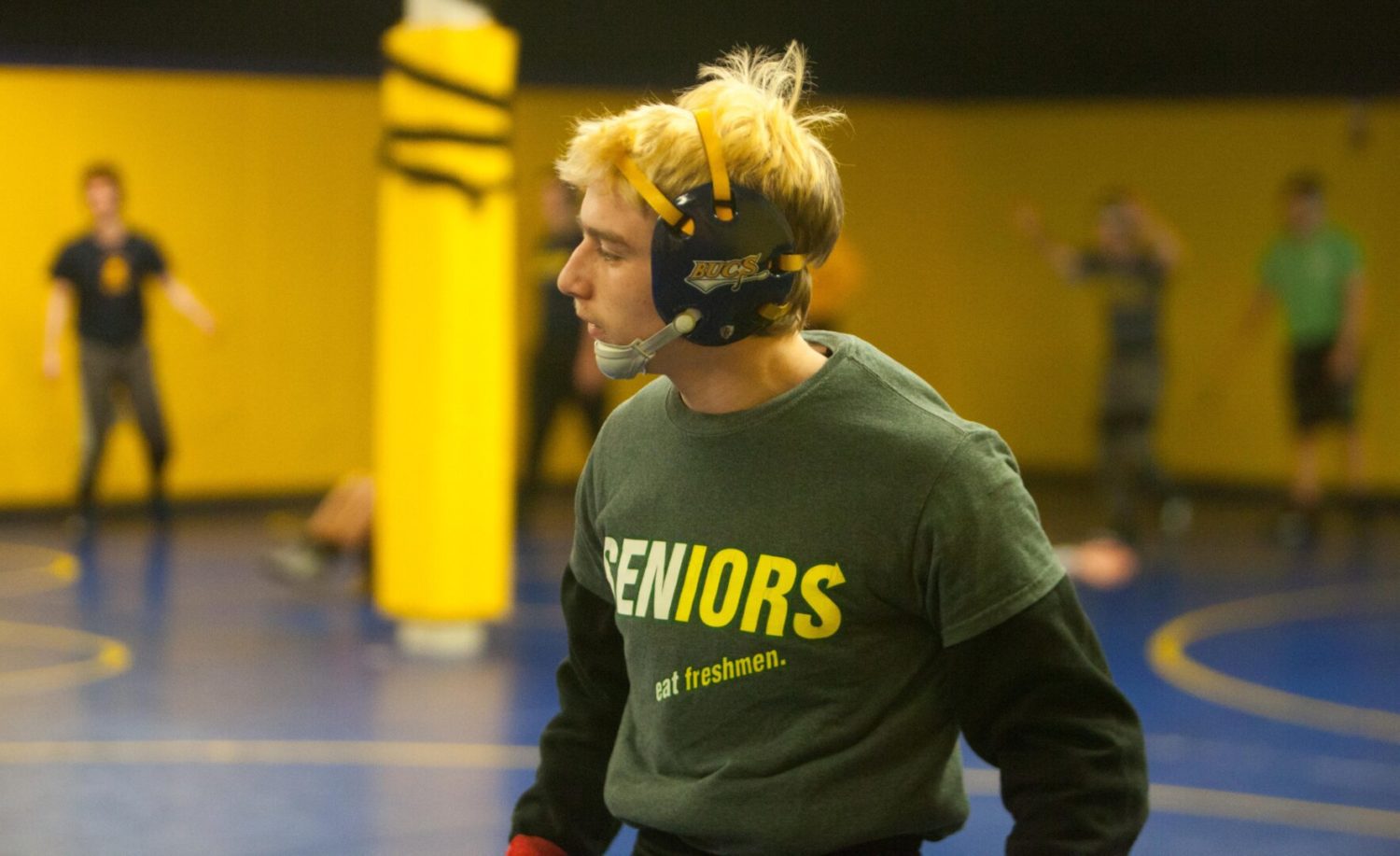 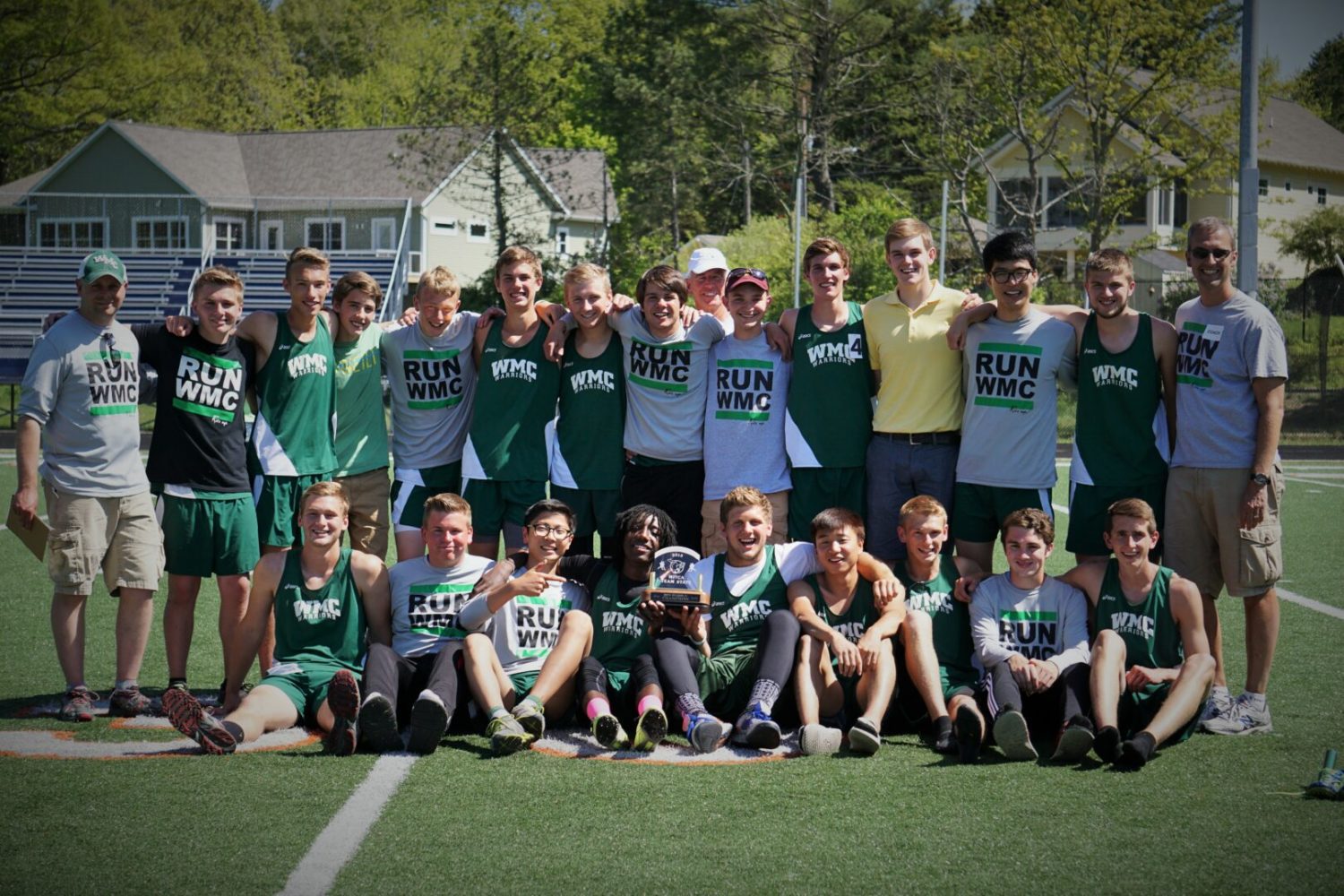