North Muskegon boys down Ravenna 67-49, move on to D3 district finals against NorthPointe

KENT CITY – The North Muskegon boys basketball team knows it’s in for a game whenever it faces Ravenna.

And that was true again on Wednesday, when the Norse squared off against their conference

But North Muskegon continues to have the clear edge in the rivalry, which was clear in their 67-49 win, which was their ninth straight victory over Ravenna.

The Norse, now 20-1 on the season, advance to Friday’s district championship game against Grand Rapids NorthPointe Christian, which defeated Kent City in the other semifinal. The title game begins at 7 p.m. at Kent City. 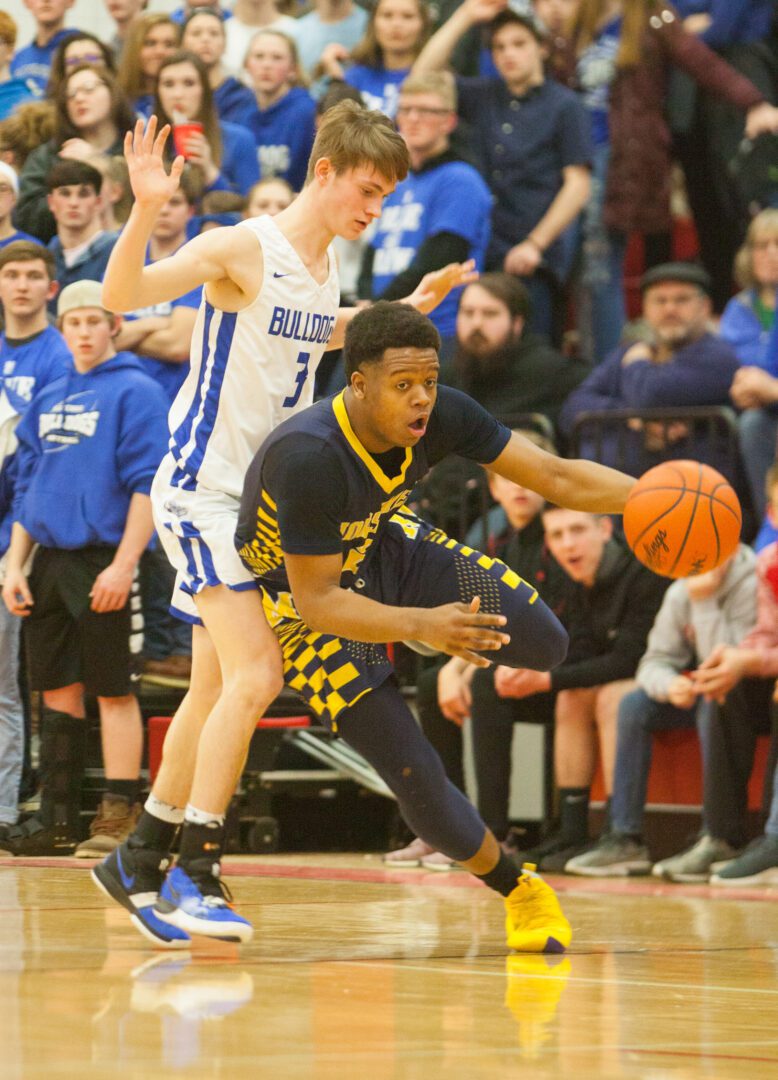 Ravenna finished the season with a 15-7 mark.

“They are coming,” said North Muskegon head coach Chuck Rypstra about the Ravenna program. “They are right there. We just made a couple more plays. I have a couple more seniors and he’s (Ravenna head coach Justin Johnson) got a few more juniors. They’re going to be there next year and be tough.”

The game was very much in question in the first half.

North Muskegon emerged from a quiet first quarter with an 8-6 lead, with five points coming from TJ McKenzie.

Both offenses found their groove in the second quarter, with North Muskegon outscoring Ravenna 21-19 and leading 29-25 at halftime.

But a 38-point explosion by the Norse in the second half proved to be the difference.

That outburst was sparked by McKenzie, who scored nine of his game-high 26 points in the third quarter.

“He’s got a lot of stuff,” said Rypstra about his star senior guard. “He’s just a bear going to the hole. He sometimes likes to settle for the three, because people are giving him space, but when he gets downhill and going, then we’re really tough. He’s just really smooth.”

After leading 45-37 to end the third quarter, North Muskegon pulled away with four different players scoring in the fourth.

The final nail in the Bulldog coffin came when Norse junior Eric Rypstra fed an alley-oop pass to senior Jesse Cooke, who finished the play with a thundering dunk with 46 seconds left, sending the Norse and their fans into a frenzy.

“They’re tough to beat when they’re hitting shots,” Coach Johnson said about North Muskegon. “Our game plan was to make sure they didn’t get to the rim, and to force them to take shots. They hit them tonight.”

McKenzie also led North Muskegon in rebounds with eight, while Cooke totaled 16 points and seven rebounds of his own.

Ravenna was led by Josh Vanderwoude with 16 points while Josh Cox finished with 11.

“I think people worrying about my teammates hitting shots opens up things for me,” McKenzie said. “Once that happens and we’re all sharing the ball, the offense really flows for us.”

McKenzie said the Norse are very excited about getting the opportunity to defend their district championship.

“It means the world to my teammates and I,” he said. “We’ve been talking about it since football, that this is what we want to accomplish, on top of winning conference.” 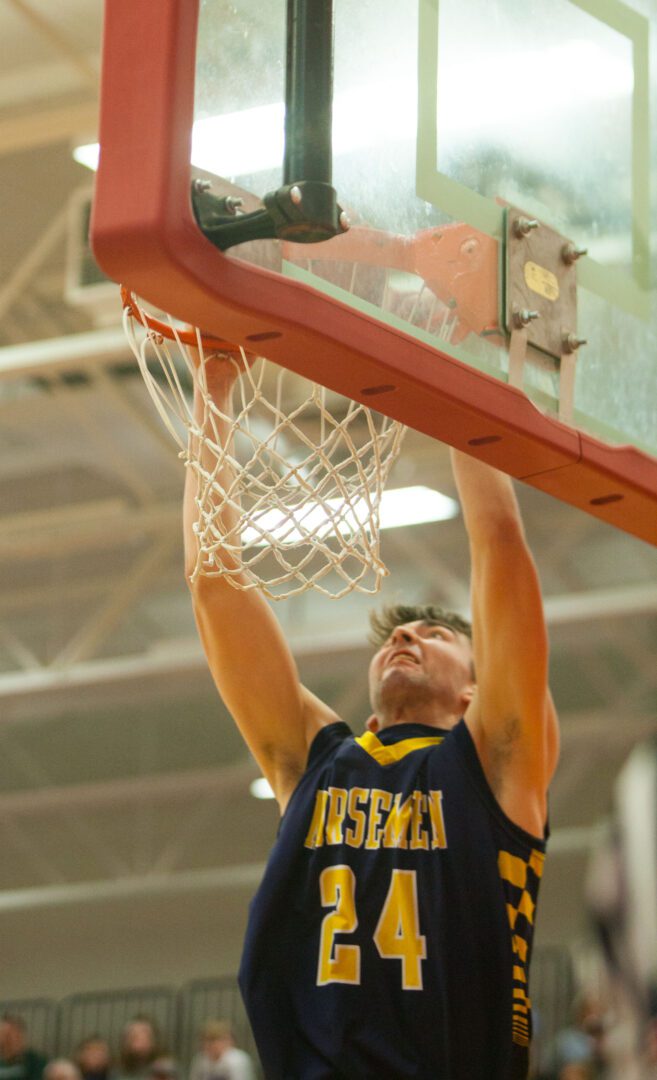 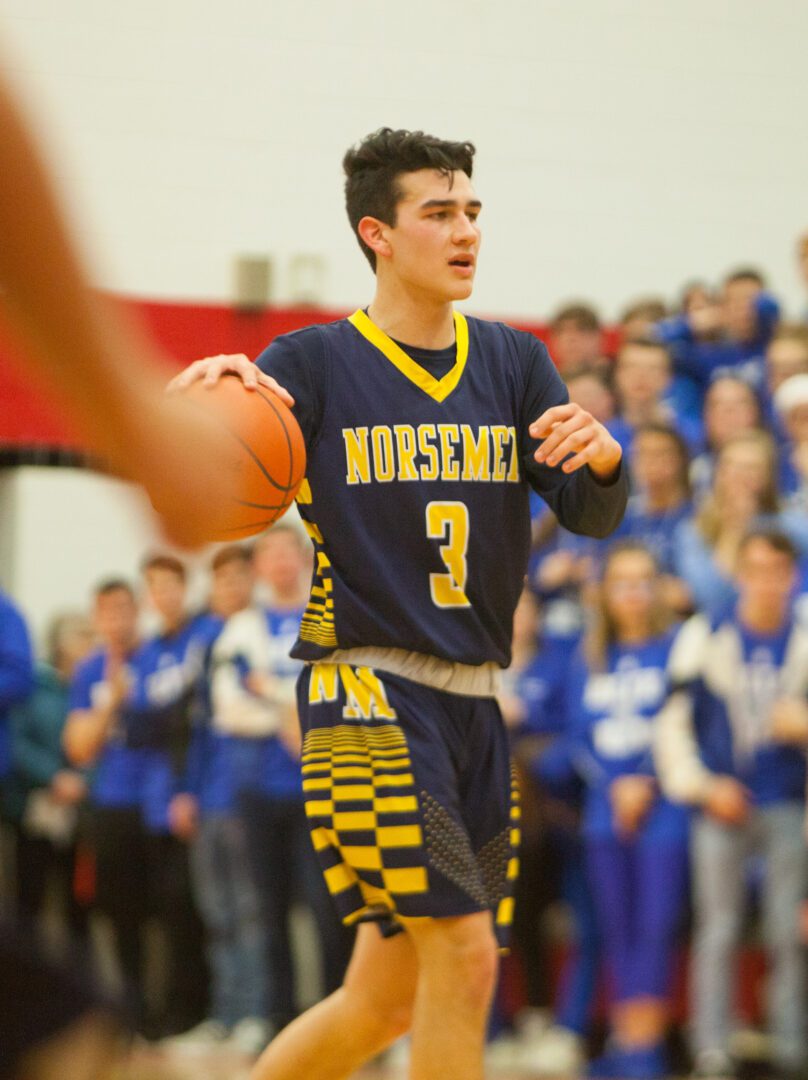 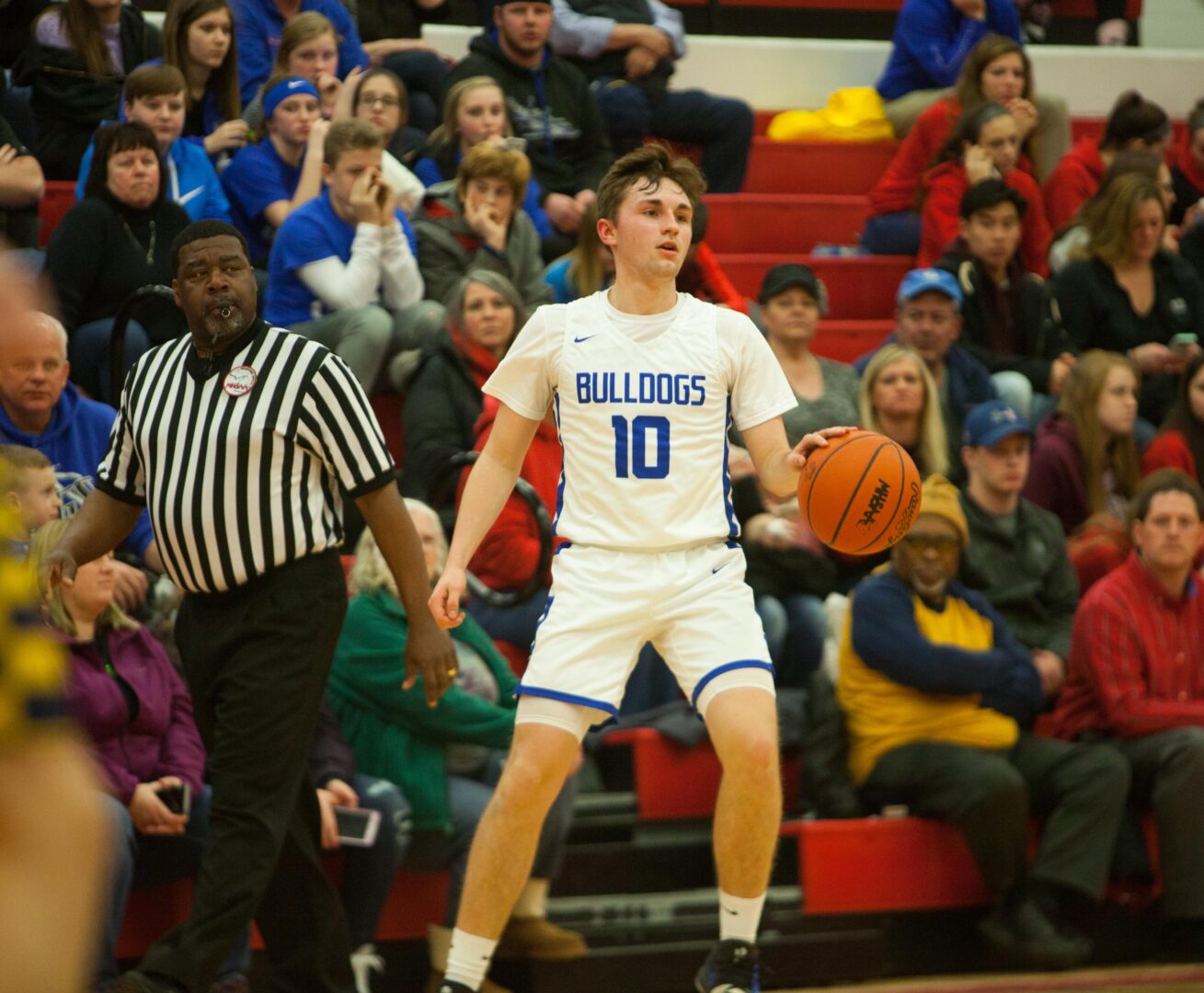 Joshua VanderWoude pulls back to set up a Ravenna play. Photo/Jason Goorman 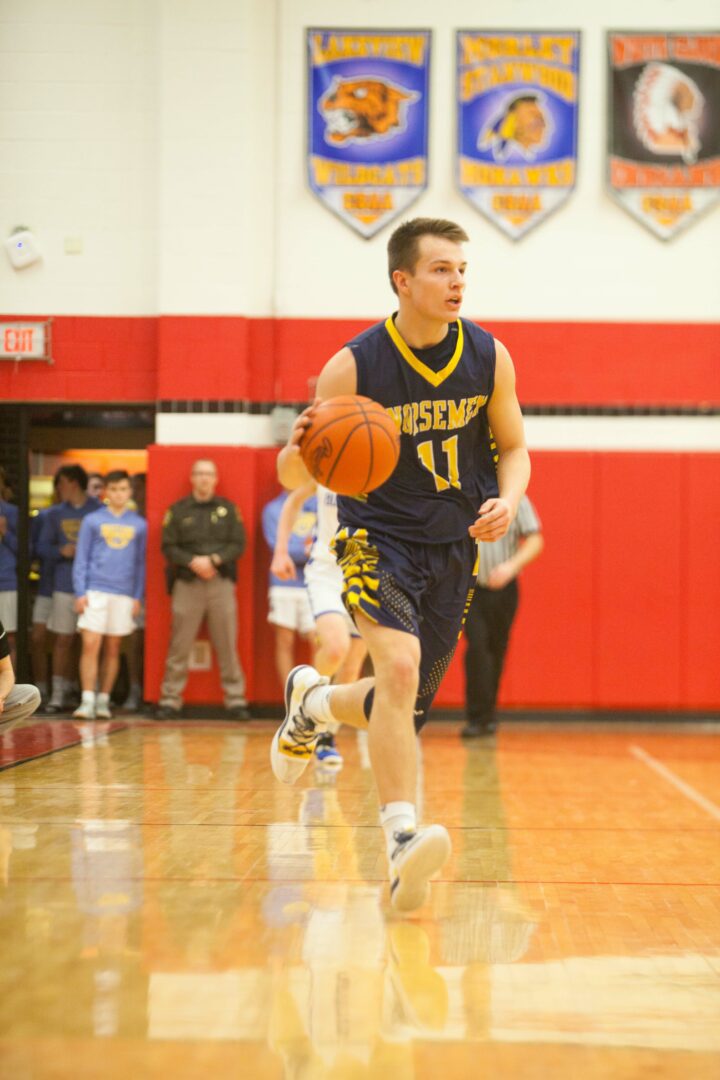 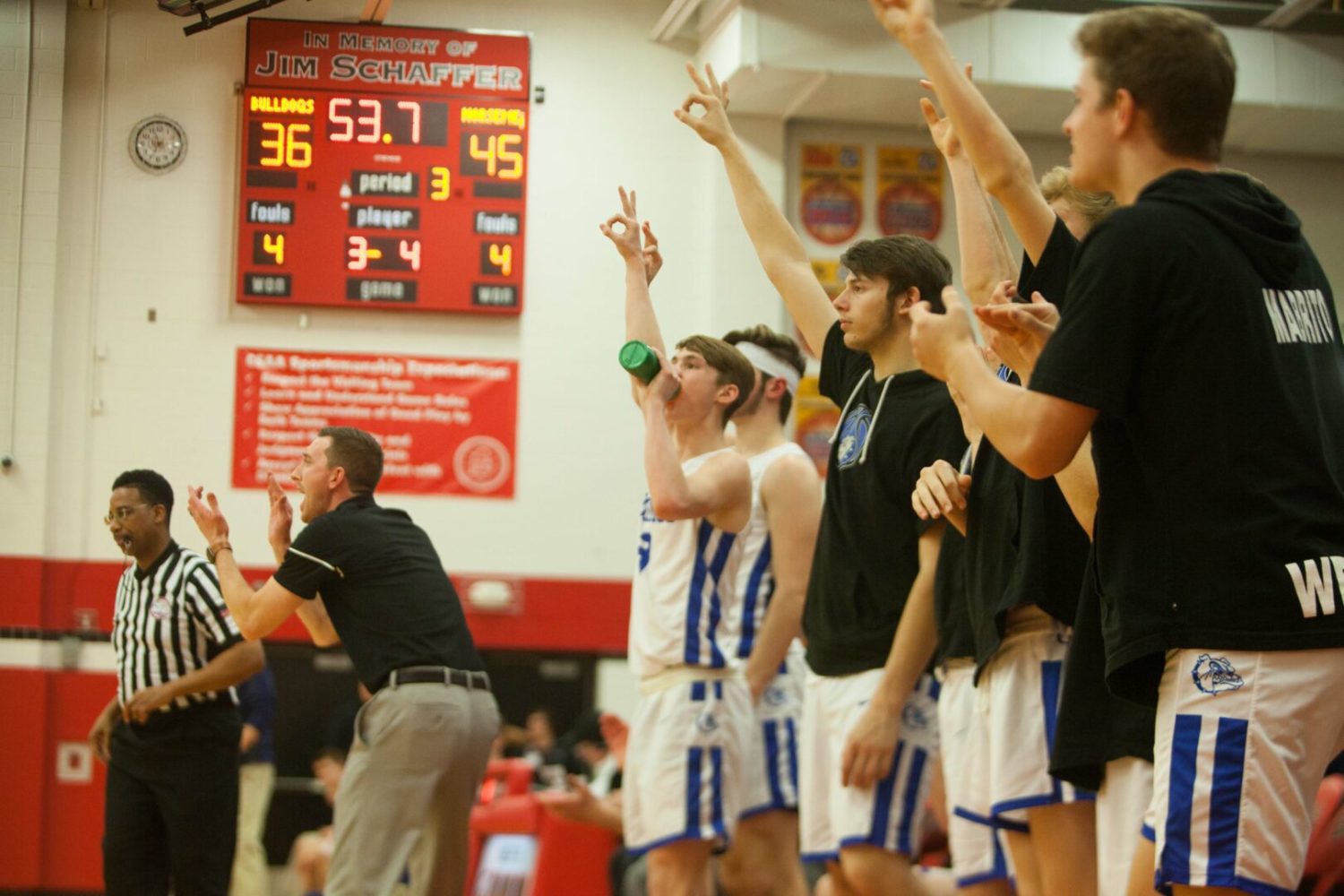 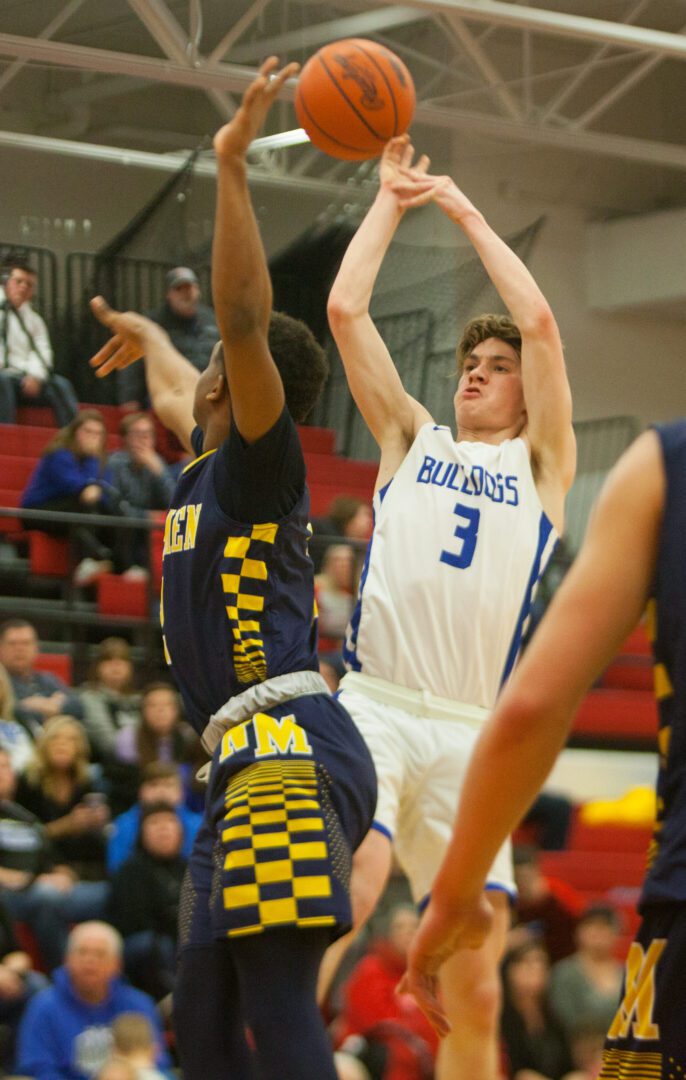 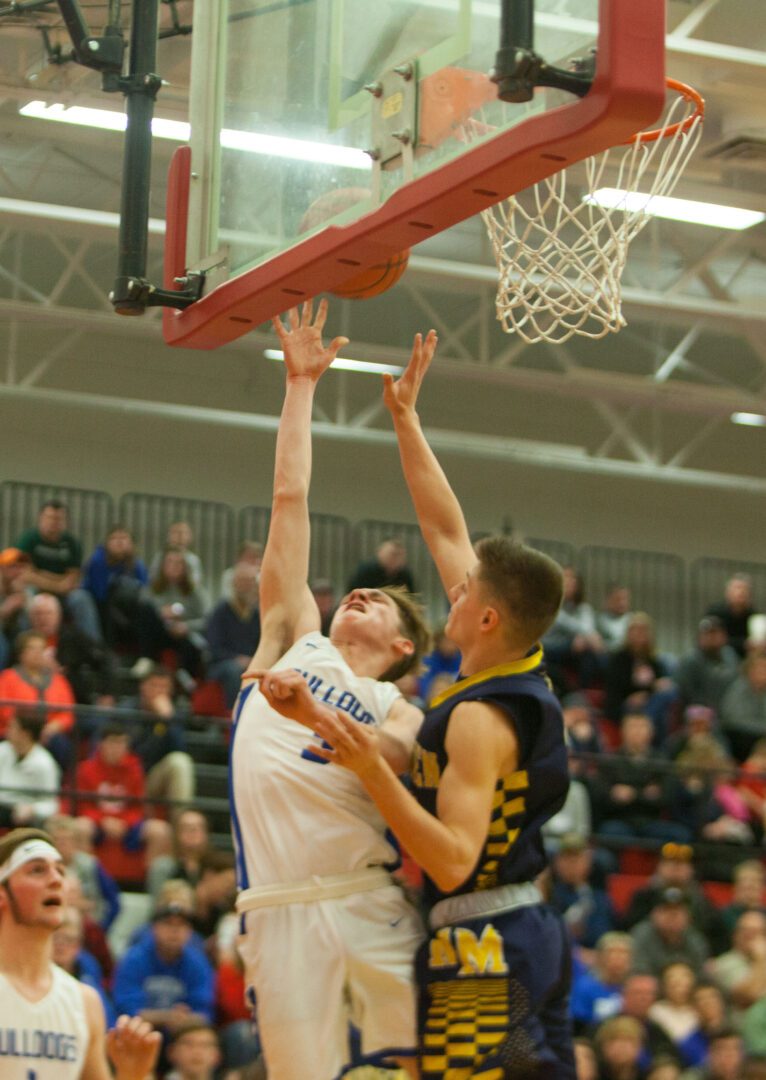 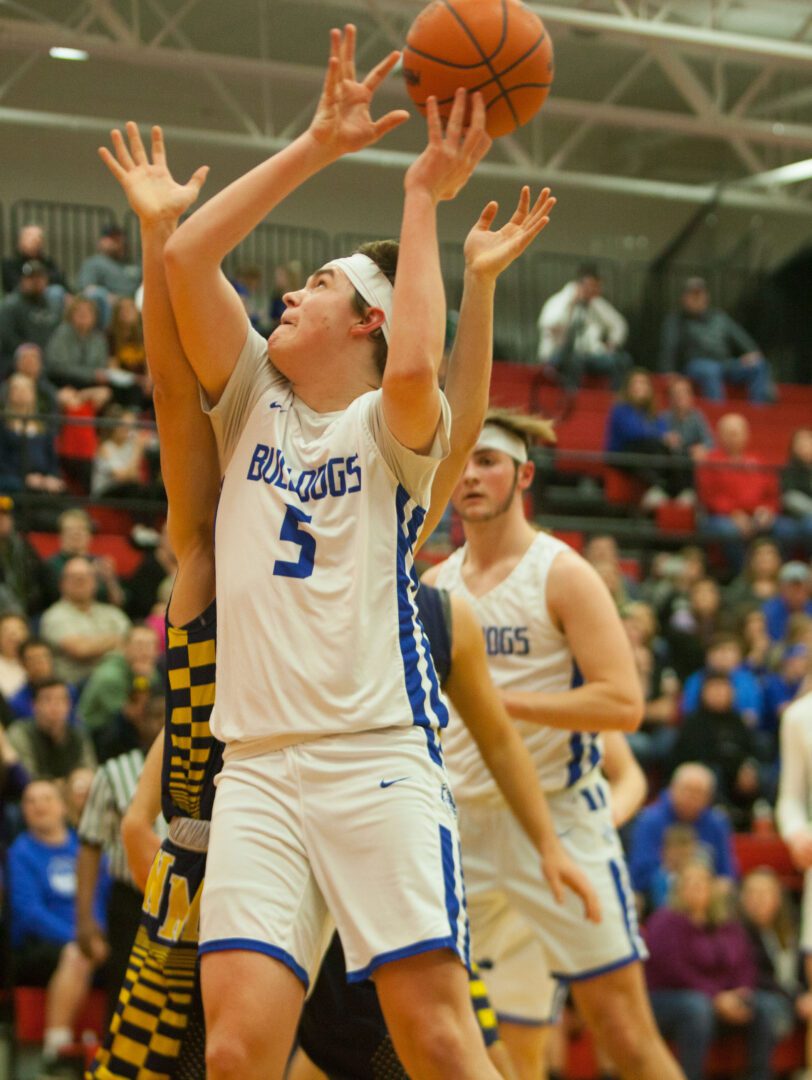 Jacob May tries to make a move in the post for Ravenna. Photo/Jason Goorman 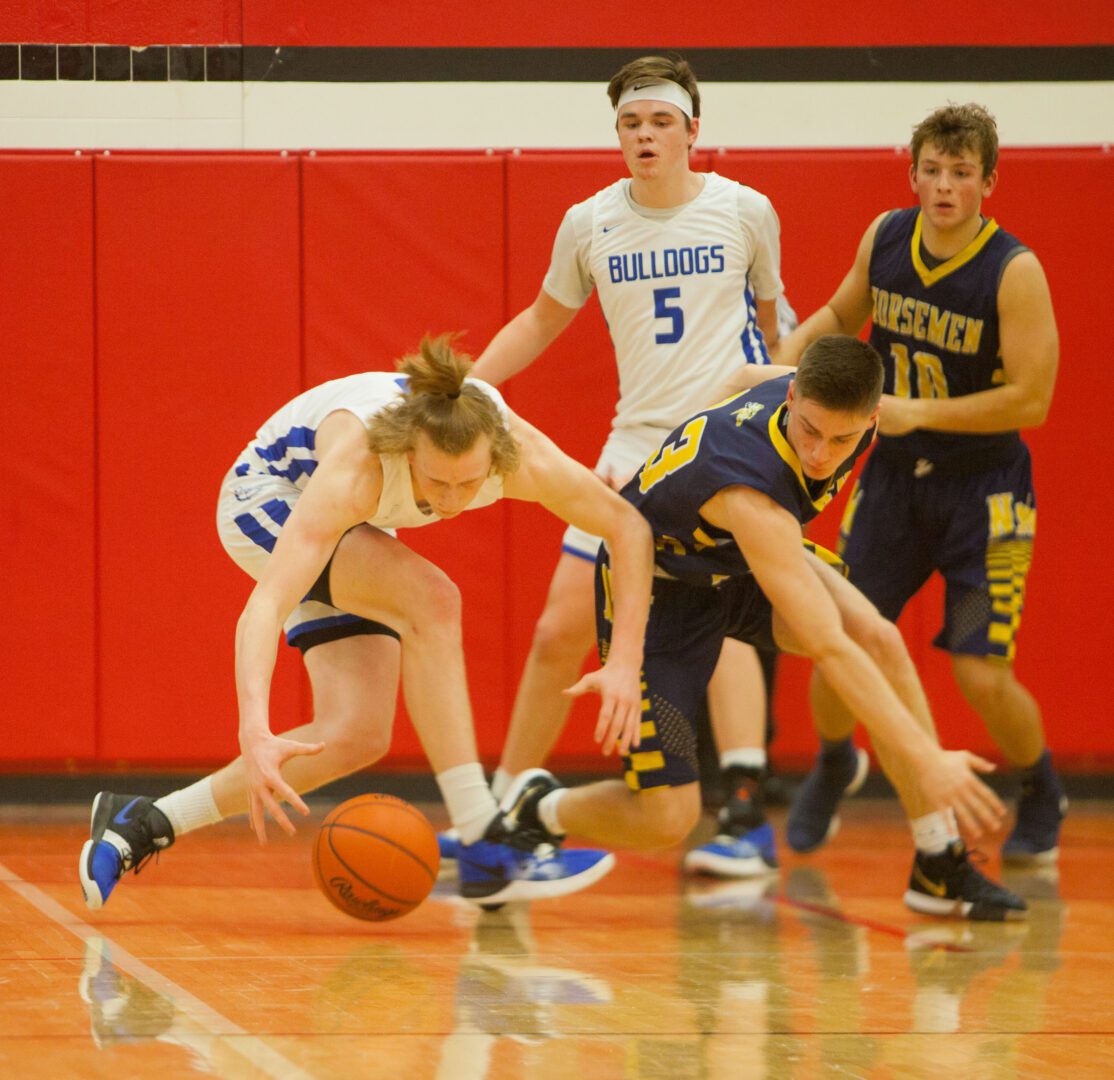 Fruitport baseball team ends slump with a victory on Monday, two on Tuesday