night circled since Jan. 8, when the Eagles had their 82-game West

On Friday, the Eagles got a big stroke of revenge with a 42-29 home victory over the Vikings. 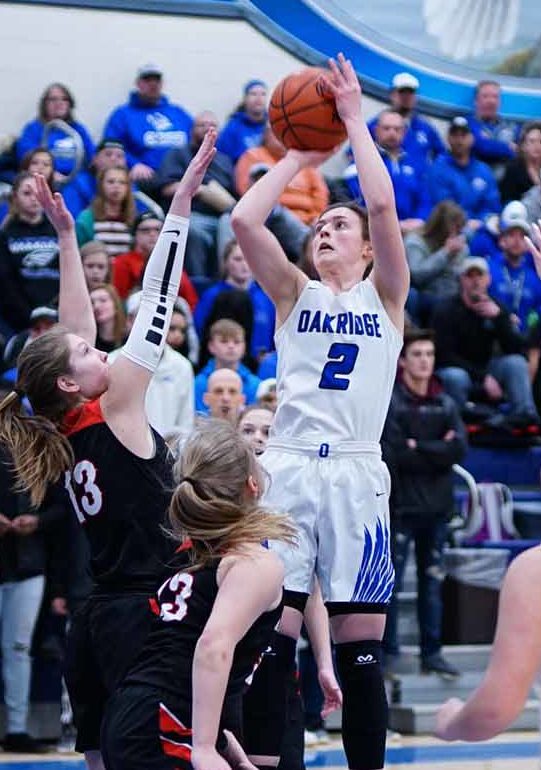 “I feel great,” said Oakridge senior guard Sophia Wiard after scoring 18 points in the victory. “It’s a great way to head into the weekend. We all knew how much we wanted it and how much we prepared for it.

“Revenge is a great word. After that loss, we were in the locker room and the switch flipped. It was my first conference loss ever, and it just made myself and the team hungry.”

When the game started on Friday it was easy to see that Oakridge was playing with some extra fire. The Eagles jumped out to an 8-0 lead within the first four minutes after forcing seven missed shots and three turnovers.

Whitehall responded, however, finishing the quarter on a 9-2 run to make the score 10-9 in favor of Oakridge after one.

After a Kacy Jeffries three-pointer with 7:15 remaining in the second quarter gave Whitehall a 12-10 lead, Oakridge outscored the Vikings 13-4 over the final seven minutes to take a 23-16 lead into halftime.

In the third quarter the two teams played pretty even, with Oakridge holding a 33-24 lead headed into the final quarter.

In the fourth, the Eagles’ defense once again took the spotlight, holding Whitehall to five points over the final eight minutes to claim the key league victory.

“Our defense is starting to come together,” said Oakridge head coach Brad Tate about the overall effort. “Any team that I coach, I take a lot of pride in defense. I don’t want to be outhustled and I want us to grab the rebounds. We played well tonight, but we’re going to be better.”

While Wiard led all scorers with 18 points, her performance was a little extra special due to the fact that she has the flu.

“I went to bed and woke up, throwing up every 30 minutes,” Wiard said. “I didn’t think it would be that hard to play with the flu, but it was pretty bad. I couldn’t really breathe.”

Brianna Pastor was the second leading scorer for Oakridge with seven points while Whitehall was paced by Jeffries with eight points. 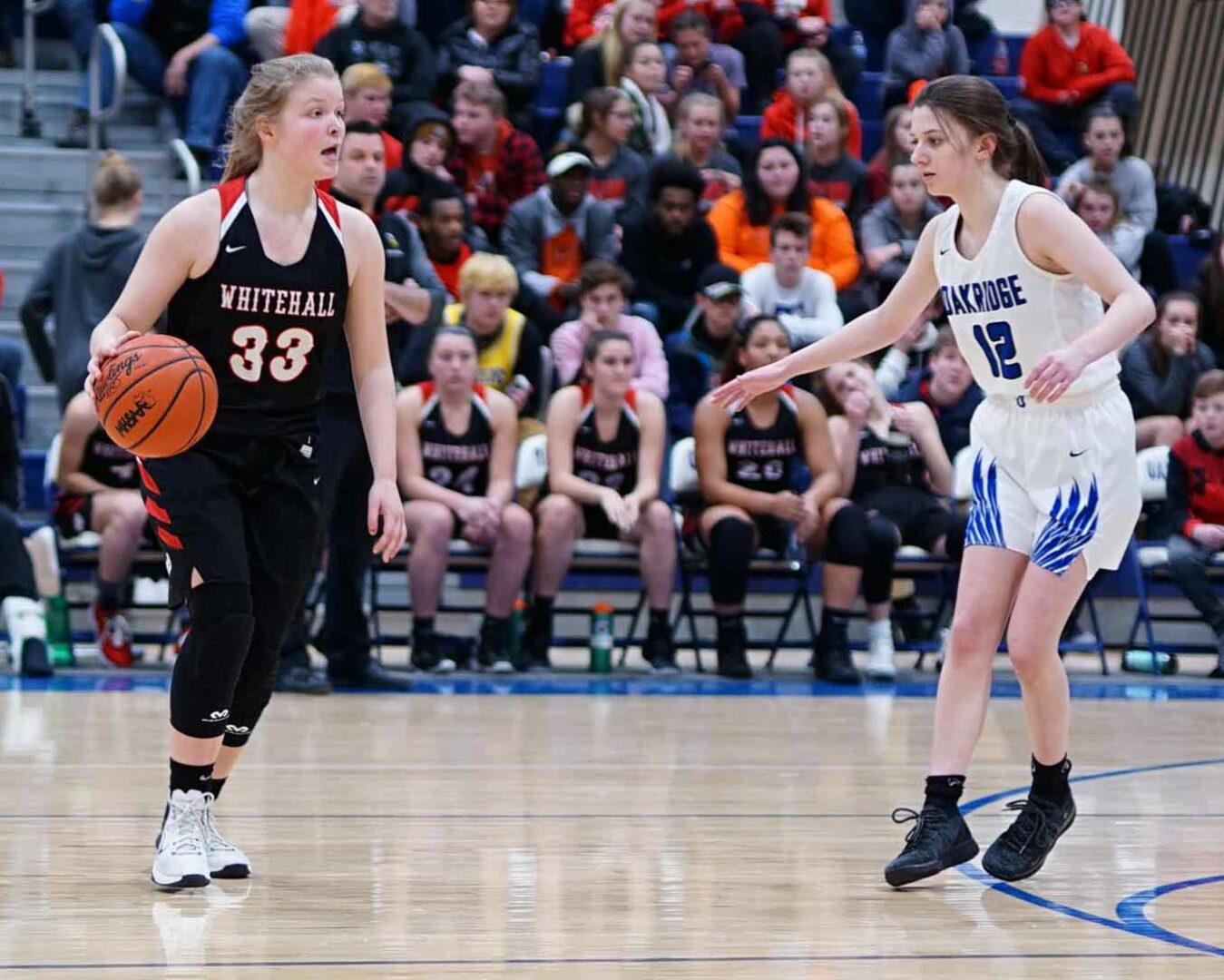 Greta Hosticka sets up the play for Whitehall against pressure from Kyla Stewart. Photo/Sherry Wahr 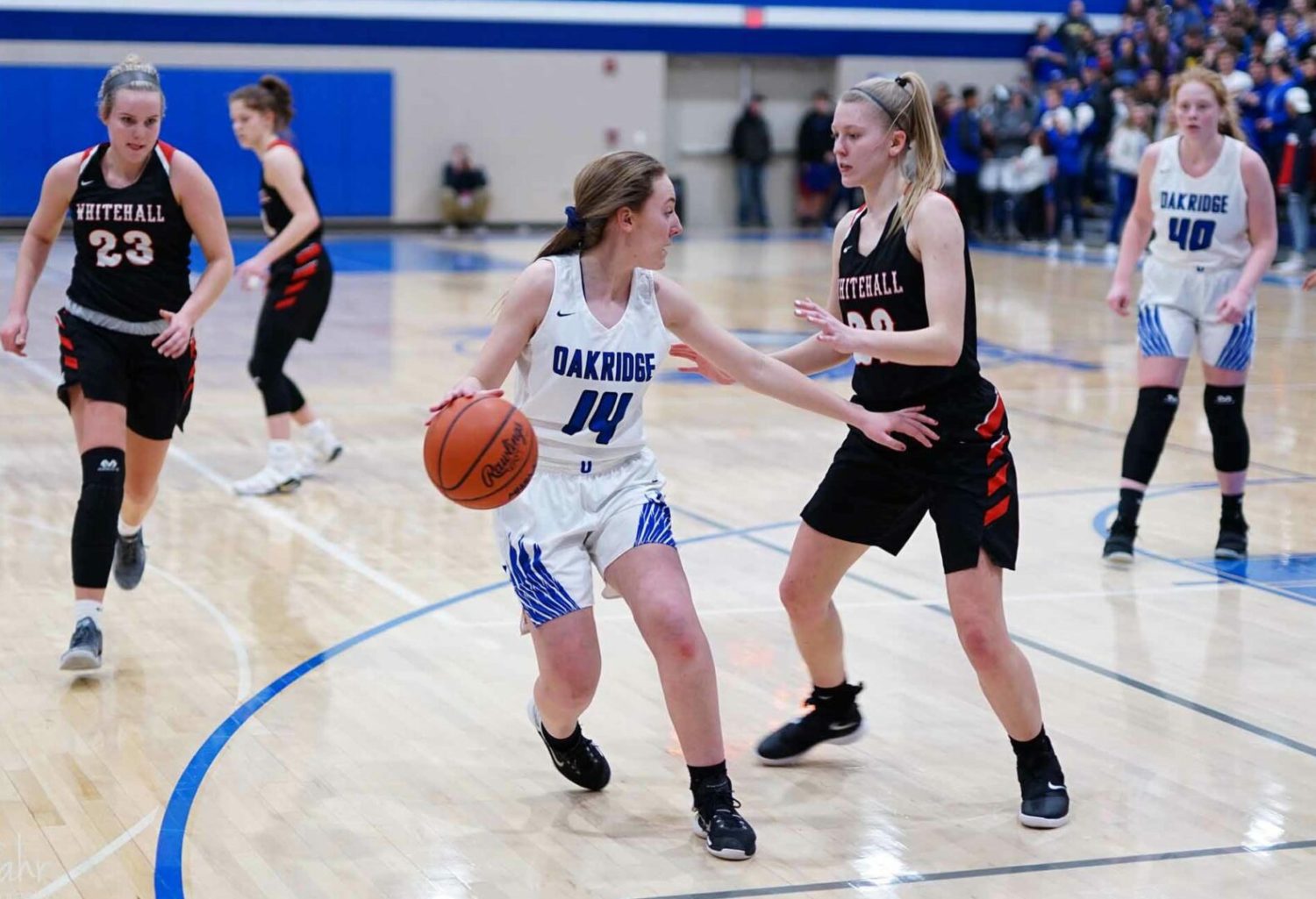 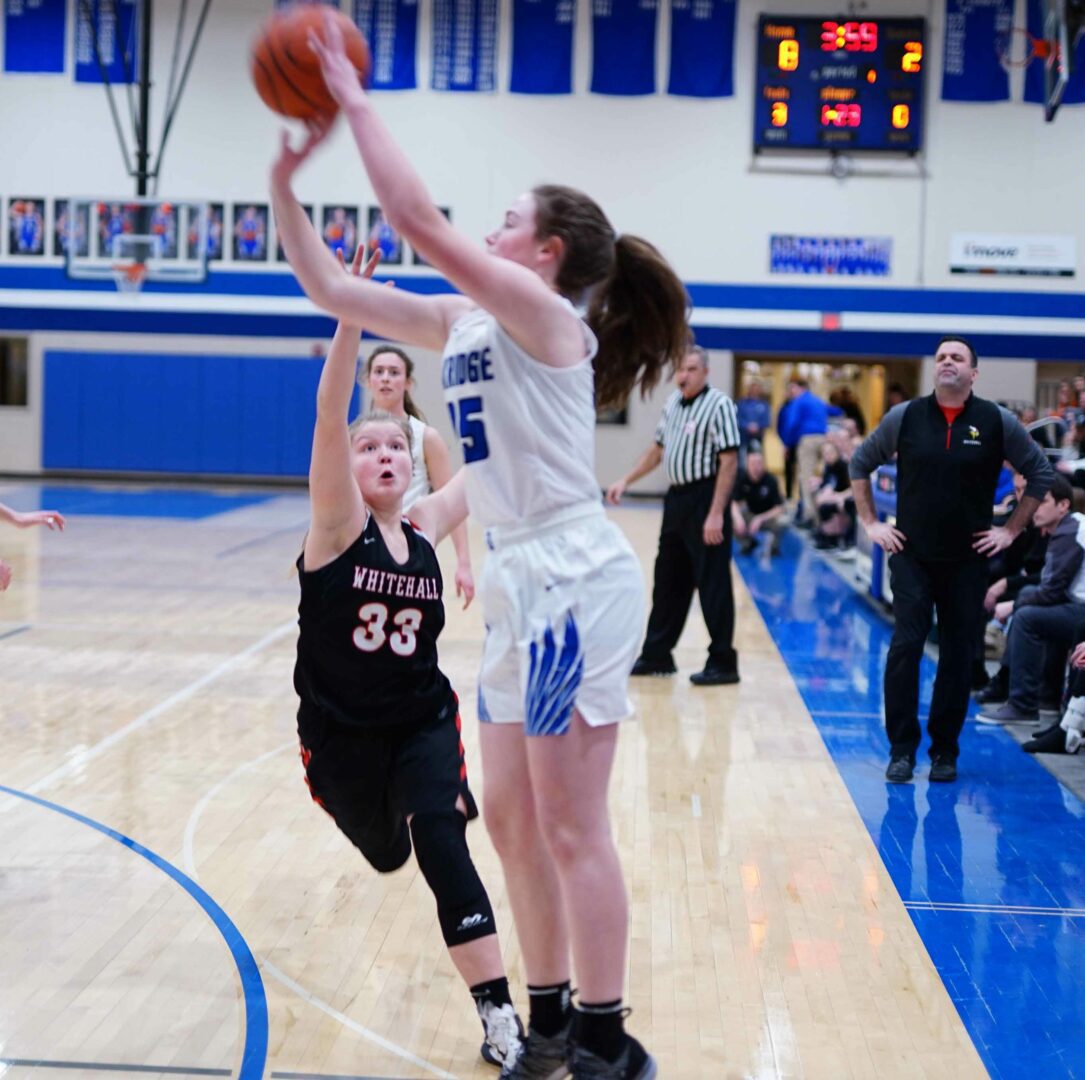 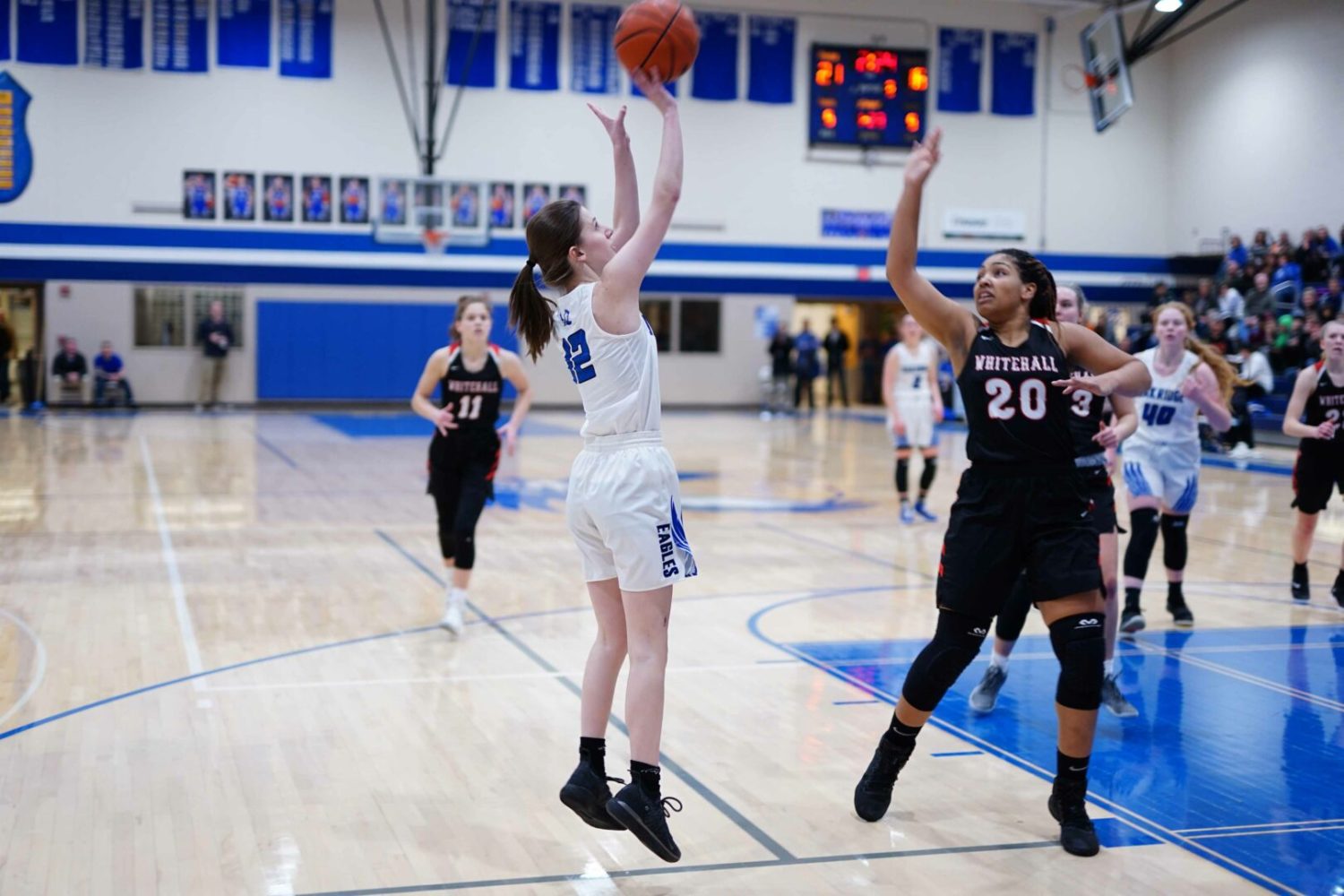 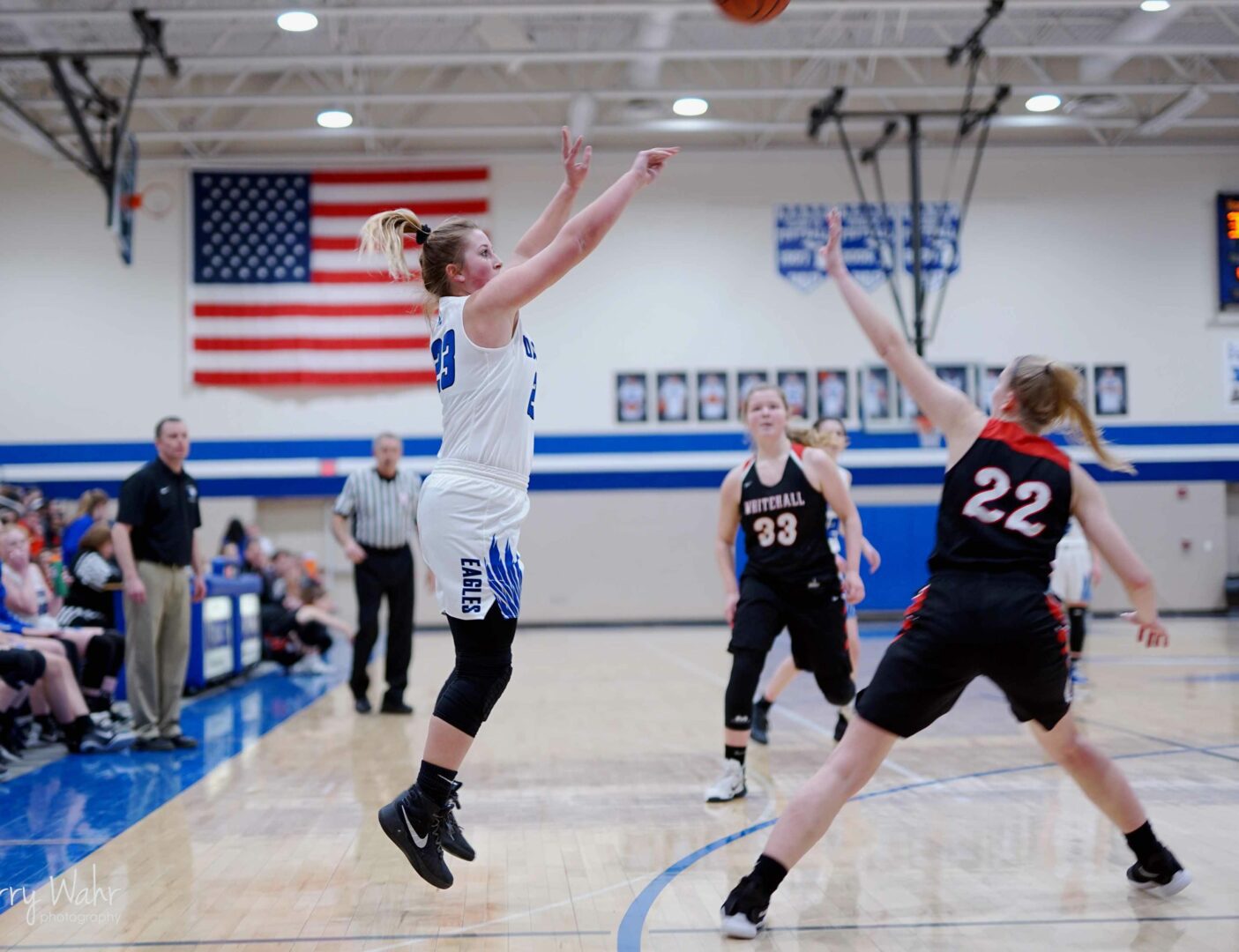 Kayla Fessenden takes the shot from the corner for Oakridge. Photo/Sherry Wahr 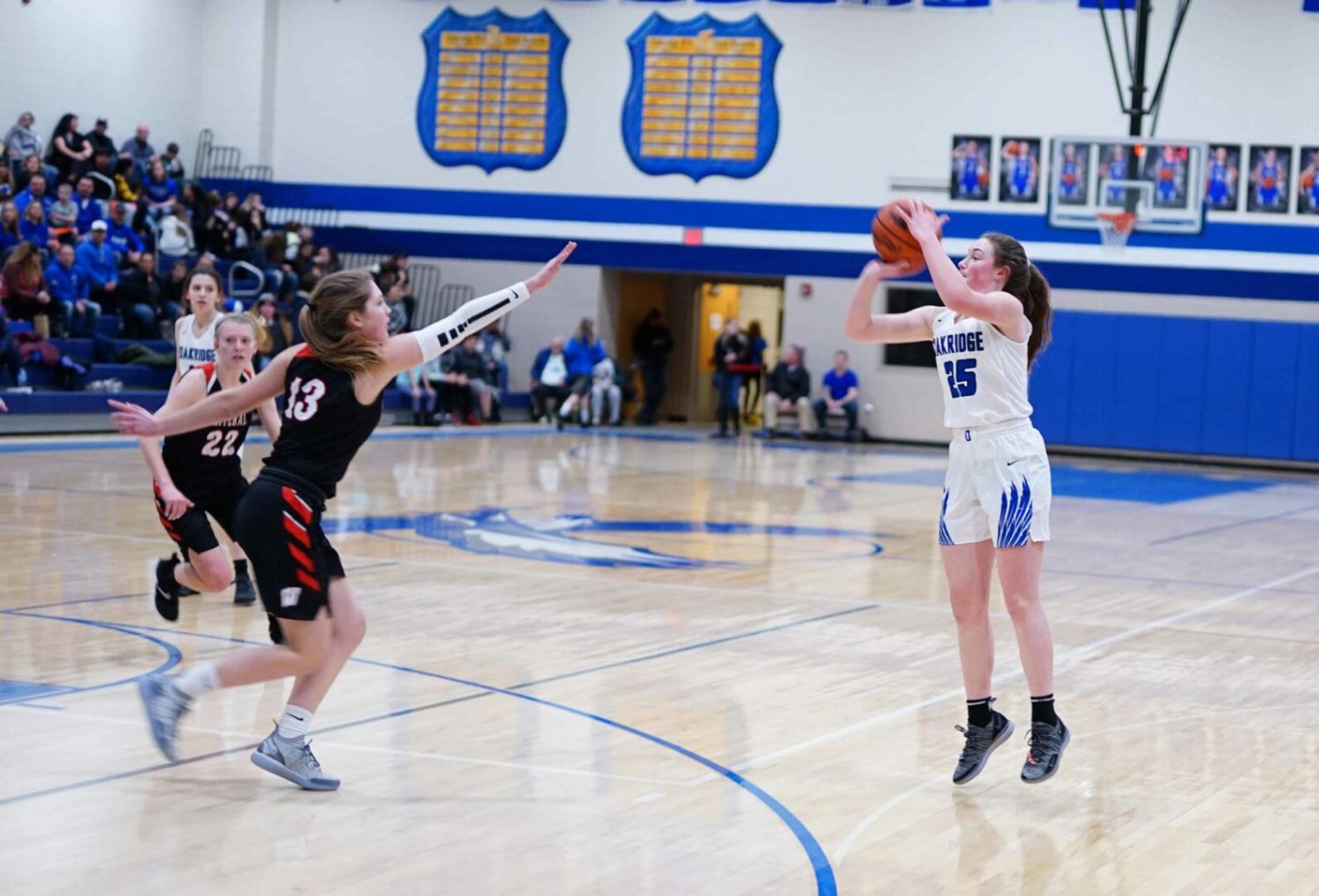 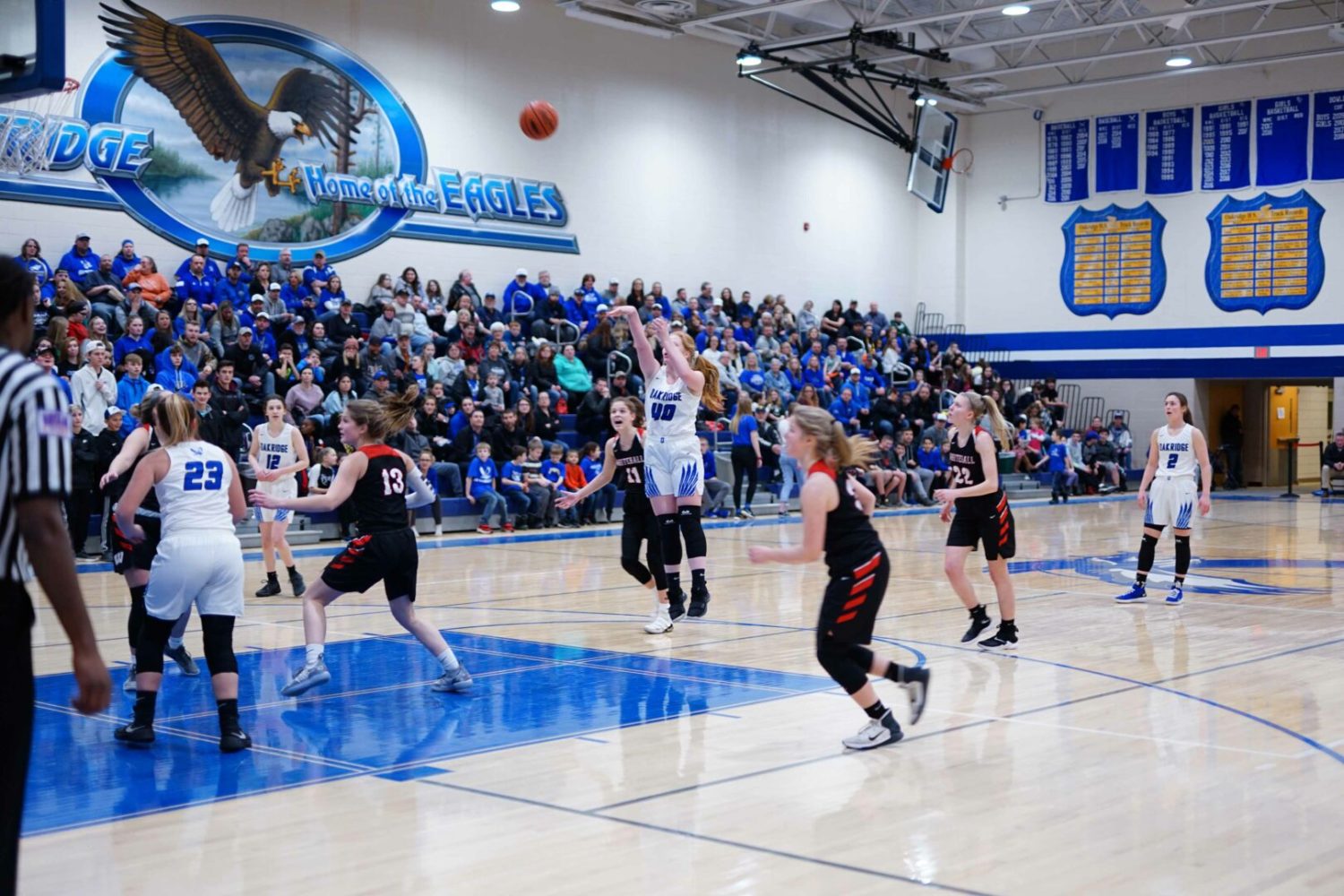 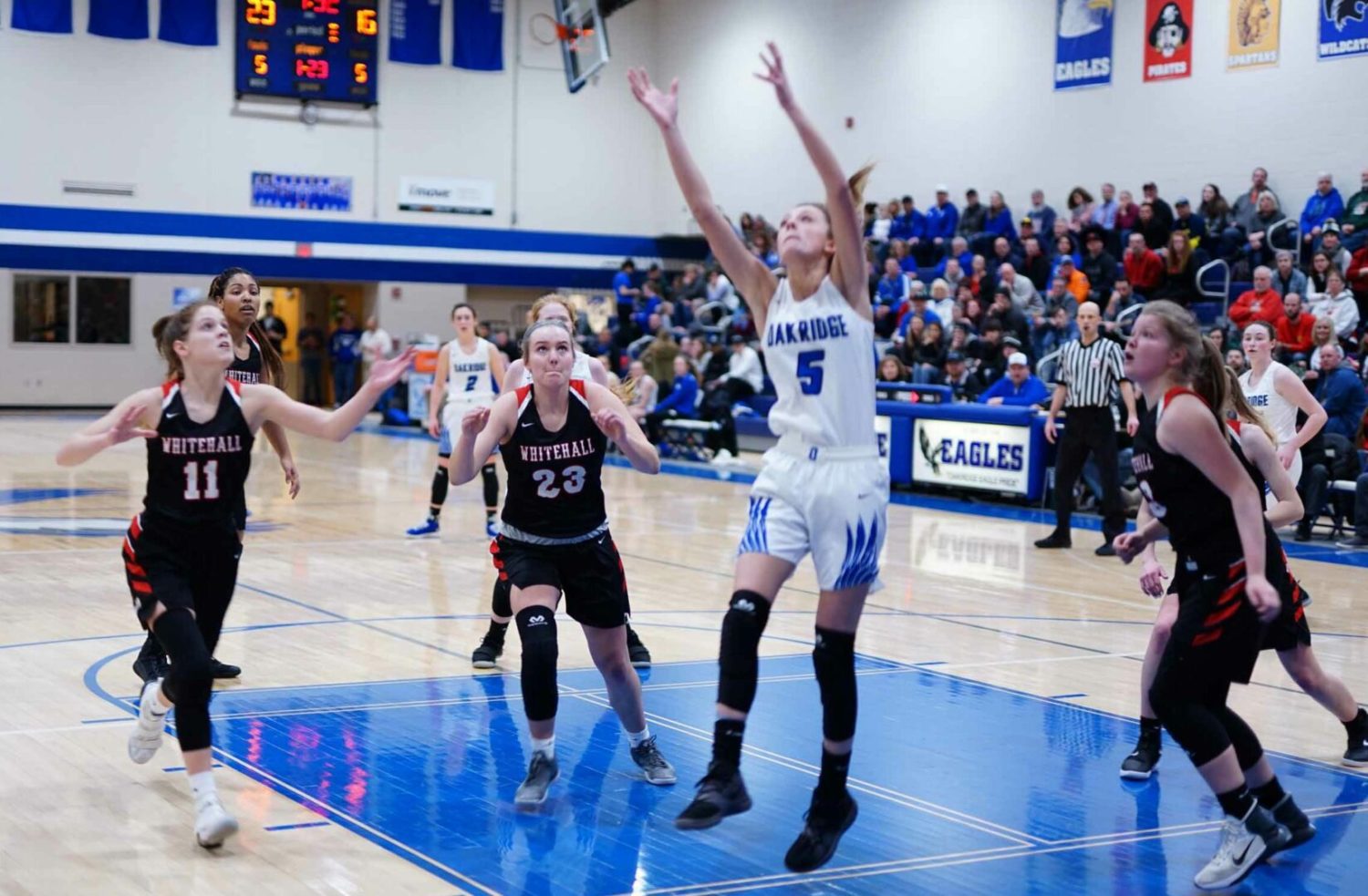 Halle Jennings jumps for the rebound while Whitehall’s No. 23 Bailee Spicklemire and No. 11 Rileigh Thommen try get into position. Photo/Sherry Wahr 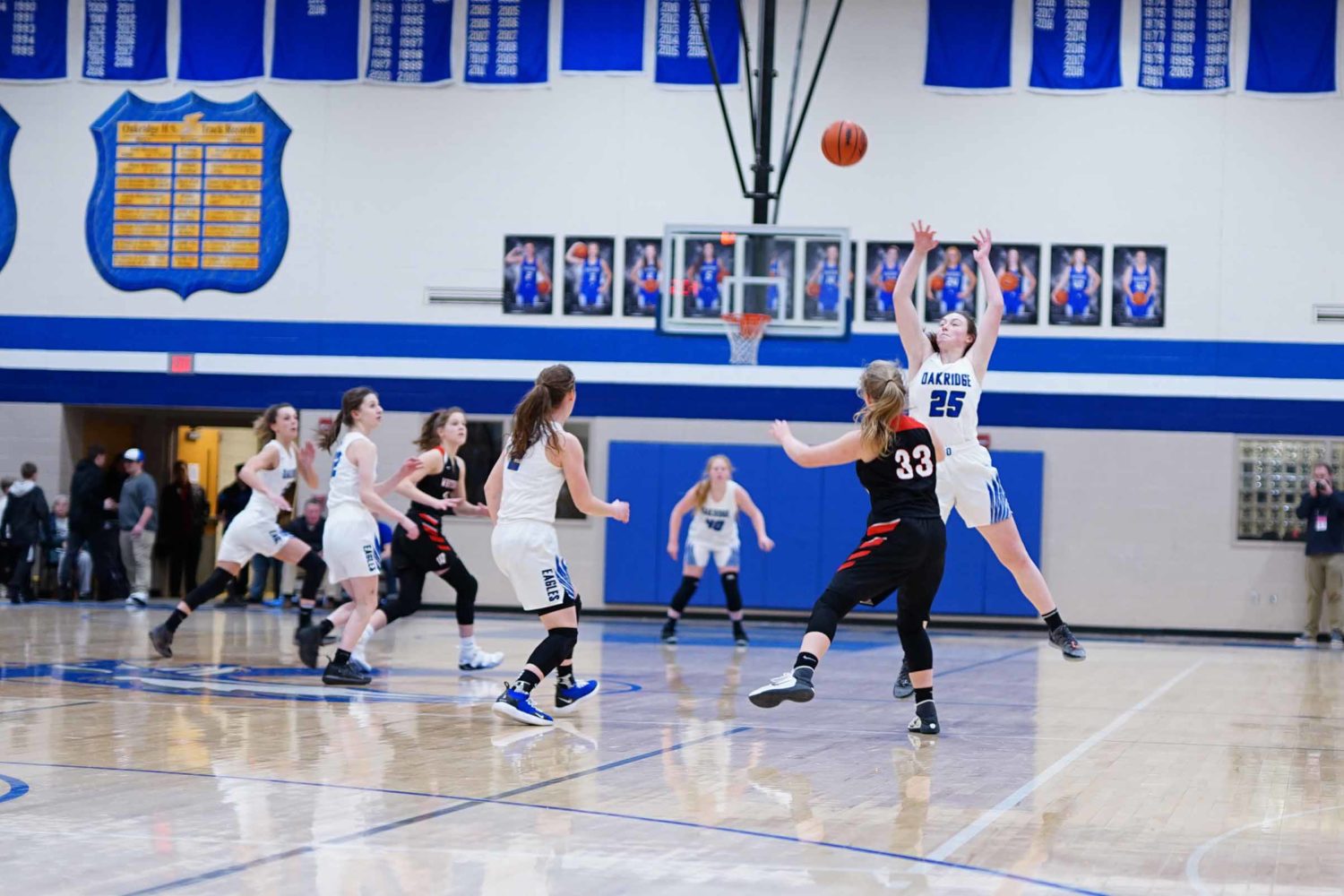 Montague remains perfect with a 74-56 win over Comstock Park