MUSKEGON – The injury bug finally caught up with the Muskegon Lumberjacks.

The Lumberjacks were without several key players this weekend, including Igor Larionov, Mikael Hakkarainen, Owen Farris, Cam McDonald and Ryan Savage, who have combined for 106 points this season with 38 goals and 68 assists.

Despite not having as much firepower as usual, Muskegon nearly pulled out its second straight win, but gave up a lead in the third period and fell 3-2 to the Sioux Falls Stampede on Sunday in front of 2,167 fans at L.C. Walker Arena. 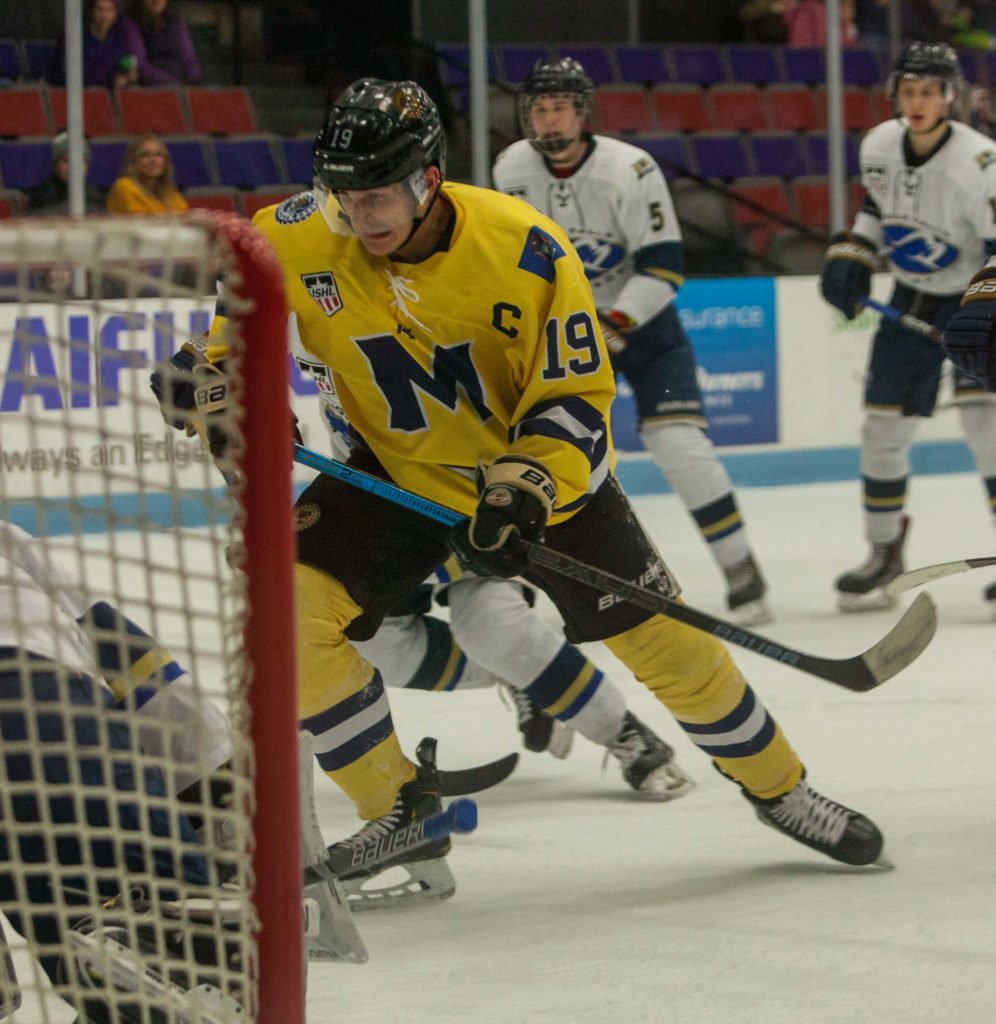 The Lumberjacks are 31-11-3 on the season, good for 65 points and first place in the USHL’s Eastern Conference. Muskegon is currently 10 points ahead of second-place Chicago, but the Steel have two games at hand.

“Disappointed in our efforts during the third period,” said Lumberjacks coach Mike Hamilton, whose team lost Friday in Chicago, then won Saturday at home against Sioux Falls. “We had an opportunity to rebound from a bad start over the weekend with two wins, and we didn’t play desperate enough.

“The boys battled. and yes we miss the other guys who are not in the lineup, but that is a part of hockey, and today was an opportunity for other guys to step up and I thought we didn’t take advantage of it.”

The Stampede opened the scoring on a goal from Artem Ivanyuzhenkov at the 1:40 mark of the first period.

The Lumberjacks responded with a goal by Andrej Kolla on a deflection less than two minutes later, tying the game 1-1.

Muskegon went ahead for the first time 18:13 into the first period on a goal from Alex Gaffney.

The Lumberjacks led 2-1 after the first period despite being outshot by a 15-8 margin. 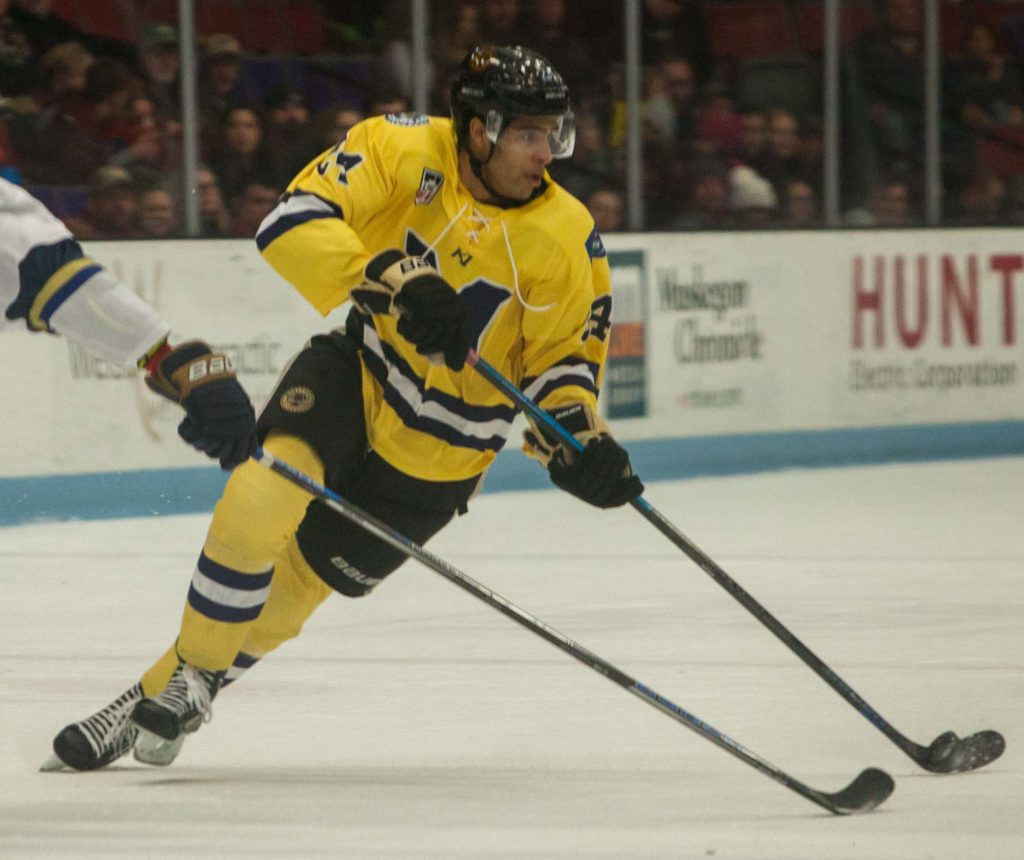 Jagger Joshua makes a move with the puck past the blue line for Muskegon. Photo/Jason Goorman

Both teams committed three penalties in the second period. but neither was able to convert, leaving the score 2-1 in favor of Muskegon through two periods of play.

But the Jacks couldn’t finish the job.

The Stampede tied the game 2-2 at the 4:31 mark of the third period on a goal from Anthony Romano, then scored the game-winner at 14:44 on a tally by Cade Borchardt.

Ryan McInchak stopped 29 of 32 shots in net for the Lumberjacks, who were scoreless in five power play opportunities.

Cam Knuble, Colby Bukes and Danil Gushchin each picked up an assist for Muskegon.

Sioux Falls outshot the Lumberjacks by a 32-27 margin.