Whitehall wrestling team back in the Division 3 state Final 8, with bigger goals in mind

WHITEHALL – The Whitehall wrestling team has demonstrated, year after year, that it’s

among the best in the state.

Now the Vikings would like to take that final step – a very difficult one, to be sure – and prove they are the very best.

The Vikings have qualified for the Michigan High School Athletic Association Division 3 final eight in each of the last four seasons, including 2016 and 2018, when they fell to traditional power Dundee in the state semifinals. 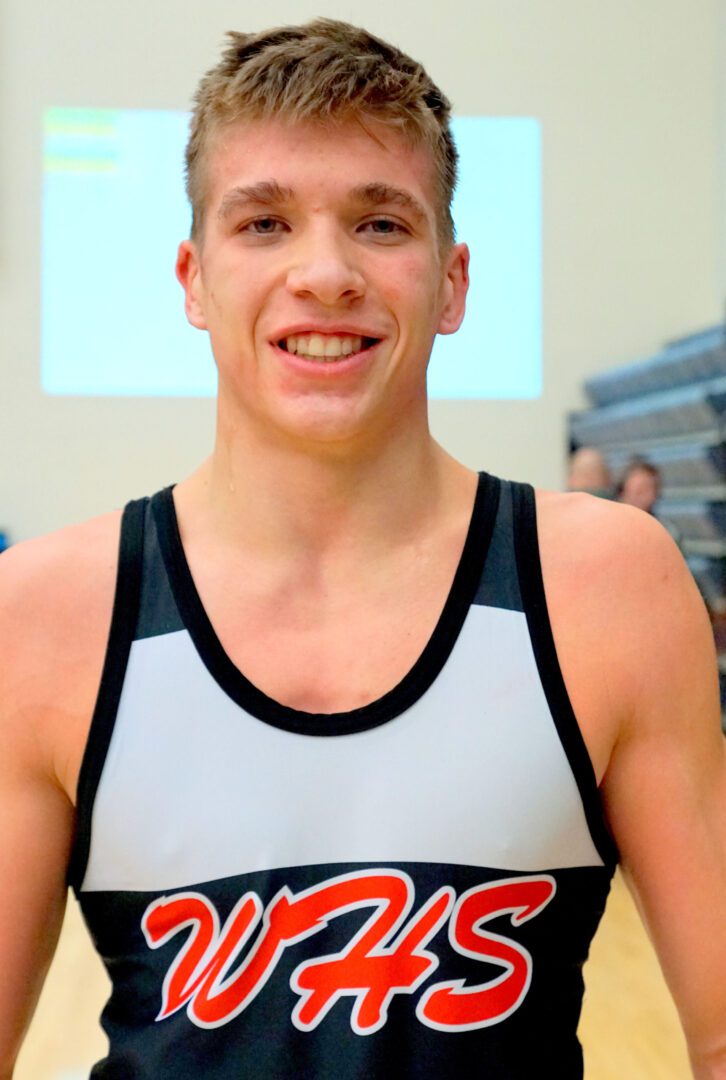 On Friday, Whitehall will take the mat at 4:30 p.m. against Alma in the Division 3 state quarterfinals at the Wings Event Center in Kalamazoo.

The Vikings earned the berth by roaring to a Division 3 regional championship last week with a 68-8 victory over Grant and a 54-9 win over Comstock Park.

“I think it really was a big goal of theirs to get back to this weekend,” said co-head coach Justin Zeerip, who is in his first year of leading the team alongside his brother, Collin Zeerip. “They’ve shown that with their hard work all year.”

If Whitehall beats Alma, a familiar opponent could well be waiting in the wings. The Vikings would face the winner of the Dundee-Dowagiac match in the state semifinals on Saturday at noon, with the survivor advancing to the state finals at 3:45 p.m.

While the Vikings have good reason to wonder what it might take to finally beat Dundee, they fully understand that they have to get past Alma first.

“We have to take it one match at a time,” Zeerip said. “We have to focus on Alma first before we do anything else. If we can’t get past Alma first, everything else is disregarded. If we get past them, we’ll focus on our opponent in the next round.” 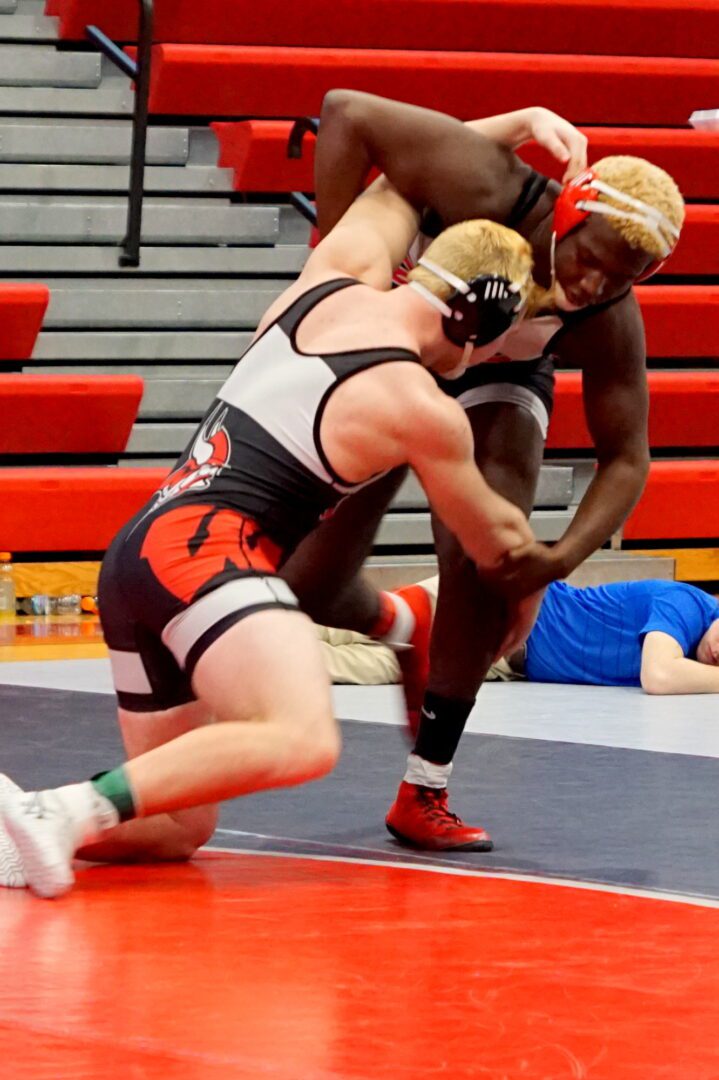 “We have to keep our minds focused on one match at a time, because all the teams are good and can catch us if we’re not ready and focused,” said Blanchard, who wrestles in either the 160 or 171 weight class

When Whitehall takes the mat on Friday, its lineup is likely to look like this:

But success up to this point won’t mean anything against Alma or any other potential opponent this weekend, according to the coaches.

“We need 14 great individual efforts,” Zeerip said. ‘We need a big effort from each of our guys. If we compete every single second, I think good things will happen for us.”

The coach says three seniors – Blanchard, Baustert and Powers – have been strong leaders for the team, and have helped the wrestlers remain focused on their ultimate goal.

“We’ve got a really good senior class,” Zeerip said. “Trenton, Sam, and Allen have done a great job of leading, on and off the mat. They definitely lead by example when it comes to work ethic, and if a guy isn’t working hard, they’re not afraid to say something.”

The three seniors fully understand this is their last shot at a team state title, and that’s a motivating factor, according to Blanchard.

“I’m friends with both Sam and Allen, and we’ve all been All-State before,” he said. Even though it’s not a big class, we’re dedicated and great wrestlers. We’ve talked about making sure that we give it all in this final run.” 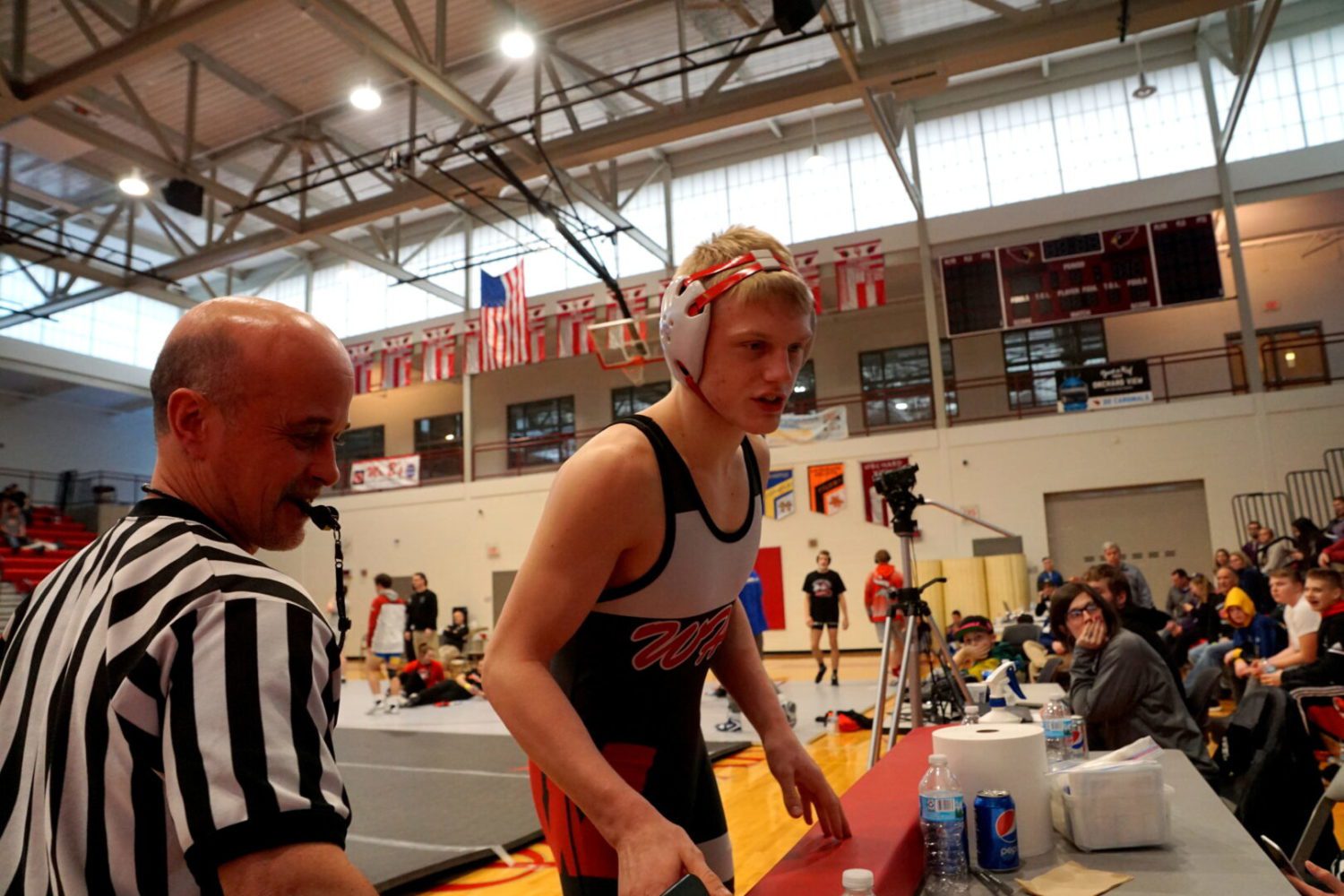 Whitehall’s Ira Jenkins reports to the scoring table before his district championship match at the 152 weight class. Photo/Leo Valdez 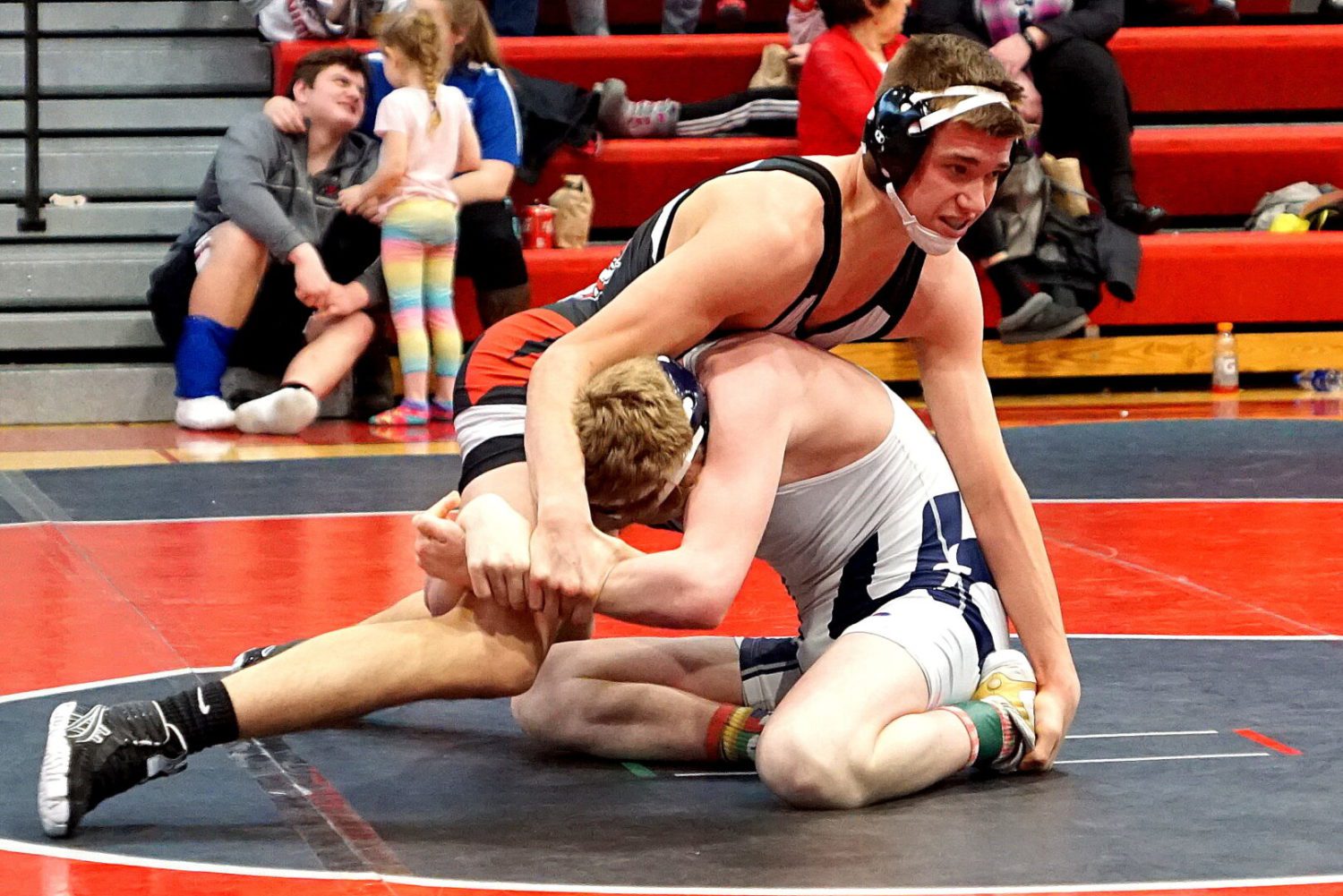 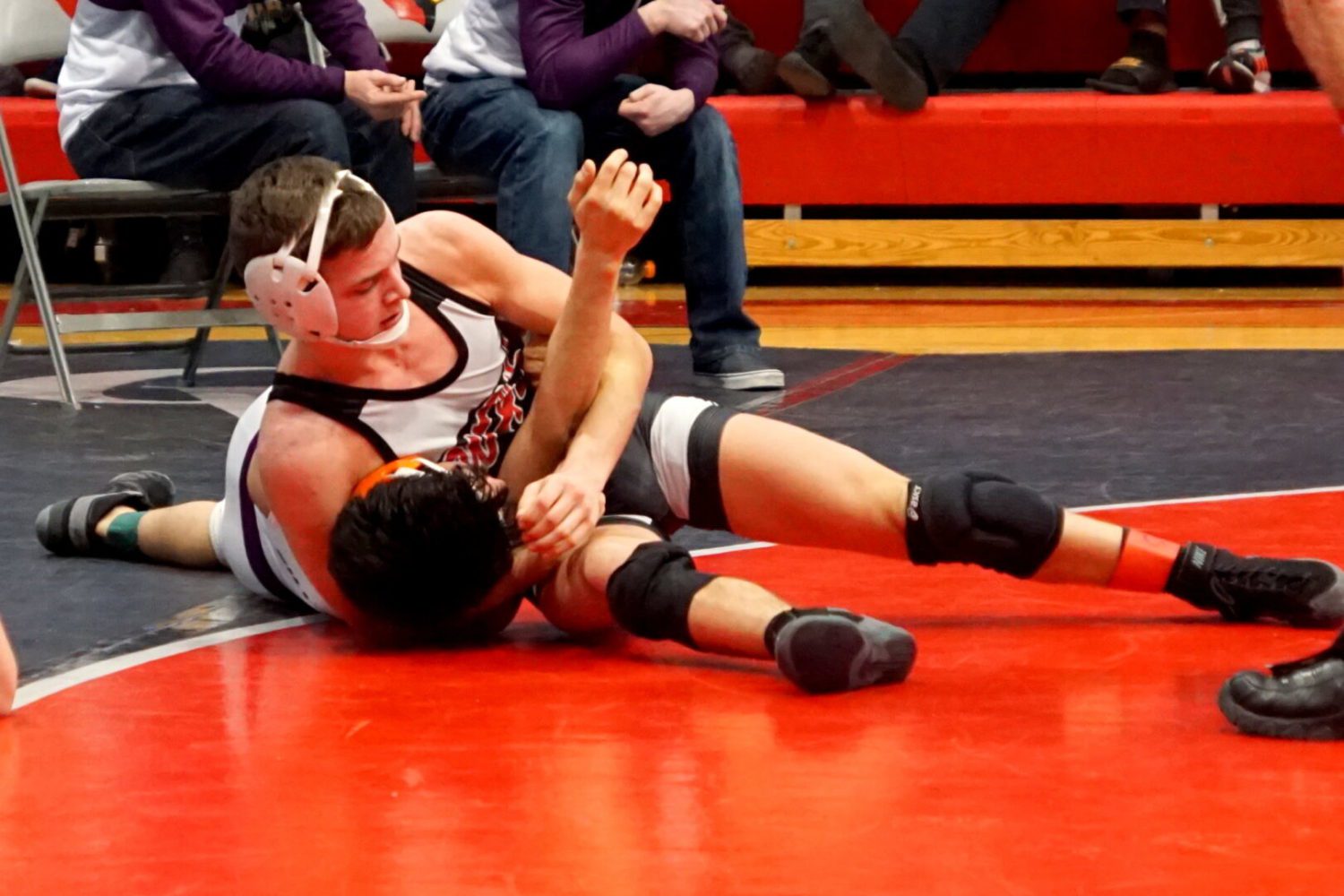