The Muskegon girls basketball team did that on Friday night and won their second straight district championship in the process.

The Big Reds were icy cold from the floor in the first half against upset-minded Reeths-Puffer, hitting only 5 of 27 shots, and found themselves trailing the Rockets by six points at halftime.

But then Muskegon turned to its number one weapon, senior guard Alyza Winston, who cranked up her game and scored nine points in the third quarter, giving the Big Reds the lead for good.

The Big Reds also turned up the intensity on defense, causing the Rockets to struggle on offense down the stretch. The result was a 46-42 victory for Muskegon in the Division 1 championship game at Reeths-Puffer High School. 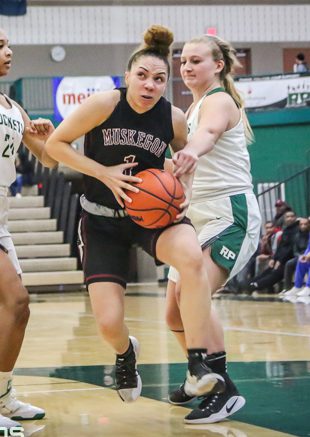 Alyza Winston drives in the lane for Muskegon. Photo/Joe Lane

The Big Reds, now 18-4 on the season, advance to Monday’s regional semifinals against East Kentwood at Grand Haven High School.

Reeths-Puffer ended its season with a 15-8 record.

“I think we just made history today,” said Muskegon coach Rodney Walker, whose team made it all the way to the state quarterfinals last year. “I don’t think any girls basketball team at Muskegon has won back-to-back districts.

“I told the girls that they are setting history every time they hit the floor. It was a tough game like I knew it would be.”

The game was tied 10-10 after one quarter, which was fortunate for Muskegon, which missed its first seven shots of the game.

The second quarter belonged to Reeths-Puffer.

The Big Reds went up 13-12 with a triple by Diynasti Dowell a minute and a half into the quarter. But then the Rockets started breaking Muskegon’s press and exploded for an 11-1 run, powered by a three-point play by Lauren Ross, a layup and a pair of free throws by Bridget McHugh and a pair of buckets by Tina Lewis, to take a promising 23-14 lead.

Reeths-Puffer had a chance to build on that lead but missed its final five shots of the first half.

The Big Reds were cold from the floor the entire second quarter, hitting only one of nine attempts, but made 6 of 9 free throws and narrowed their deficit to five points, 36-31, by halftime. 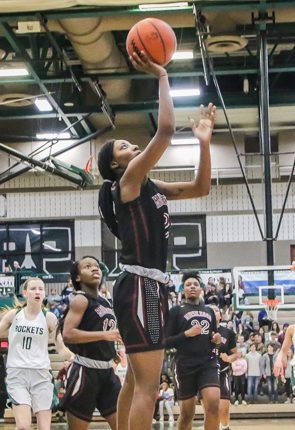 Deshonna Day goes up for a layup for Muskegon. Photo/Joe Lane

Ross, who played with a hand injury, had 11 of her 19 points in the foul-filled first half, which saw the teams whistled for a combined 17 infractions. Lewis had all six of her points before halftime.

Winston, who had a pretty quiet week offensively in the first two games of districts, went to work in the third quarter, hitting seven points in the first four minutes. Dowell and Brianna Alexander each followed with three-pointers as the Big Reds outscored the Rockets 17-6 in the third and led 36-31 at the buzzer.

Muskegon squeezed the Rockets defensively in the fourth, holding them to only six shots and one basket for nearly seven minutes of the quarter, when the outcome was still in doubt.

Reeths-Puffer ended up with an 11-10 scoring edge in the fourth, but six of those points came on a three-basket scoring burst by Ross in the final 1:14, which cut the Big Red lead from 10 points to four at the end.

Despite the outcome, Rockets Coach Brandon Barry said he was proud of the way his girls performed against the heavily-favored Big Reds.

“That was as good as we’ve played all year,” Barry said. “We found each other and finished scoring baskets. We came to play tonight and I am really proud of our kids.” 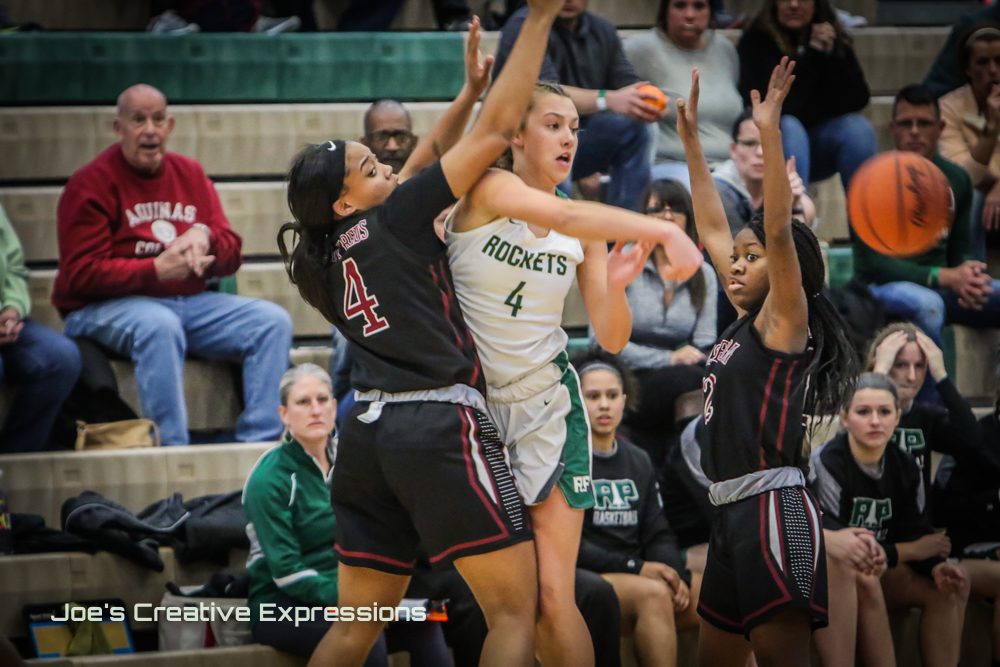 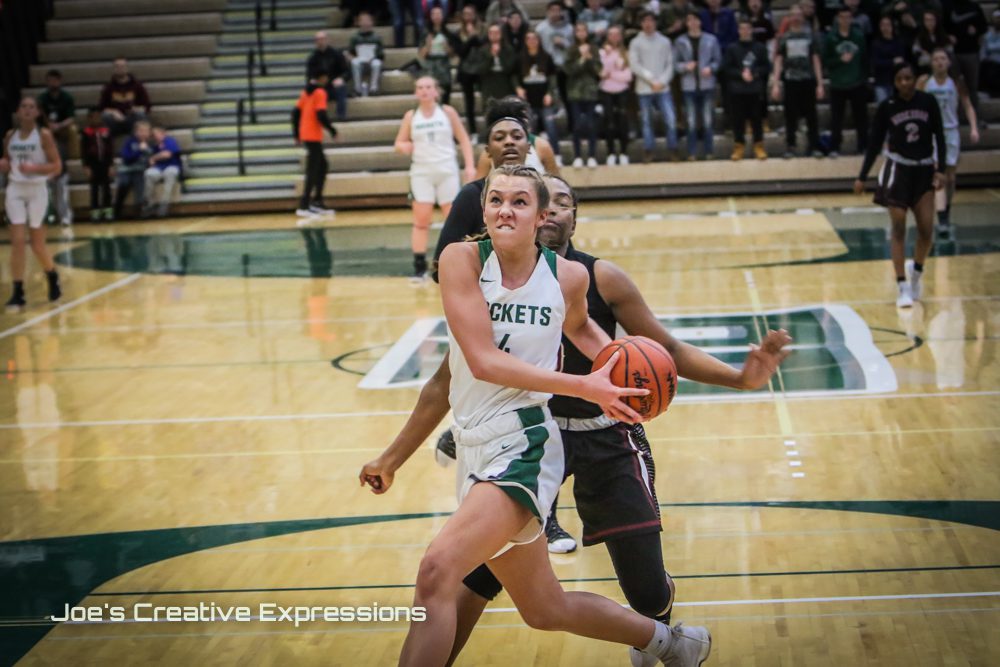 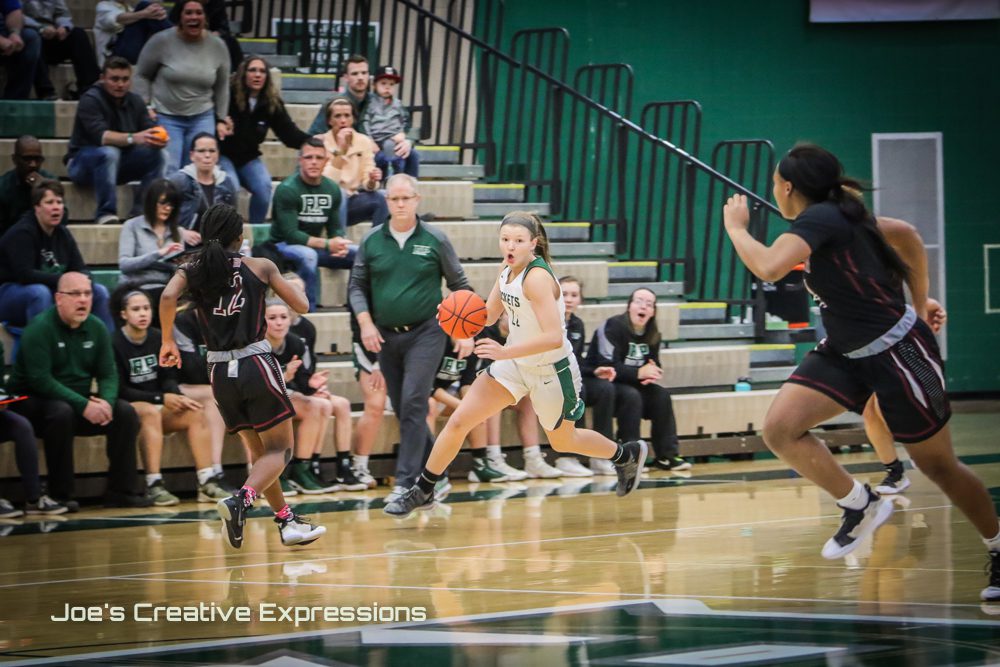 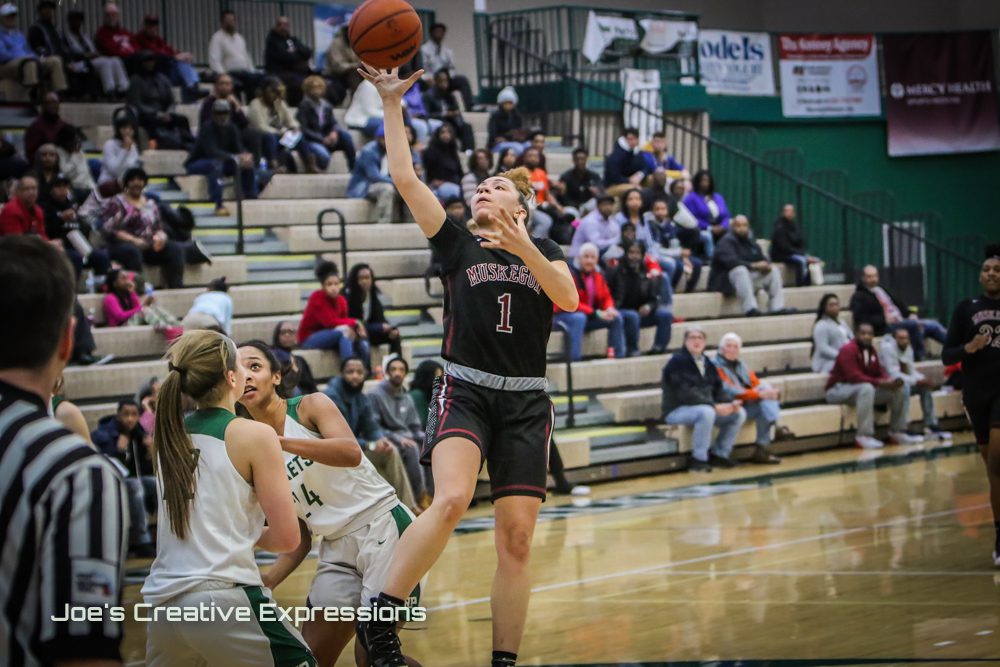 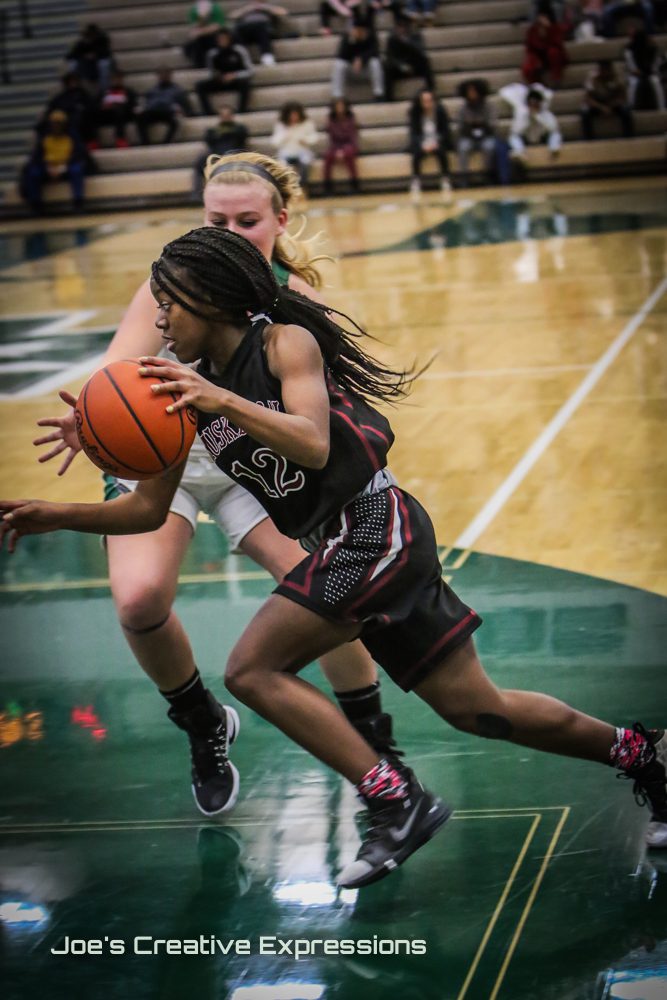 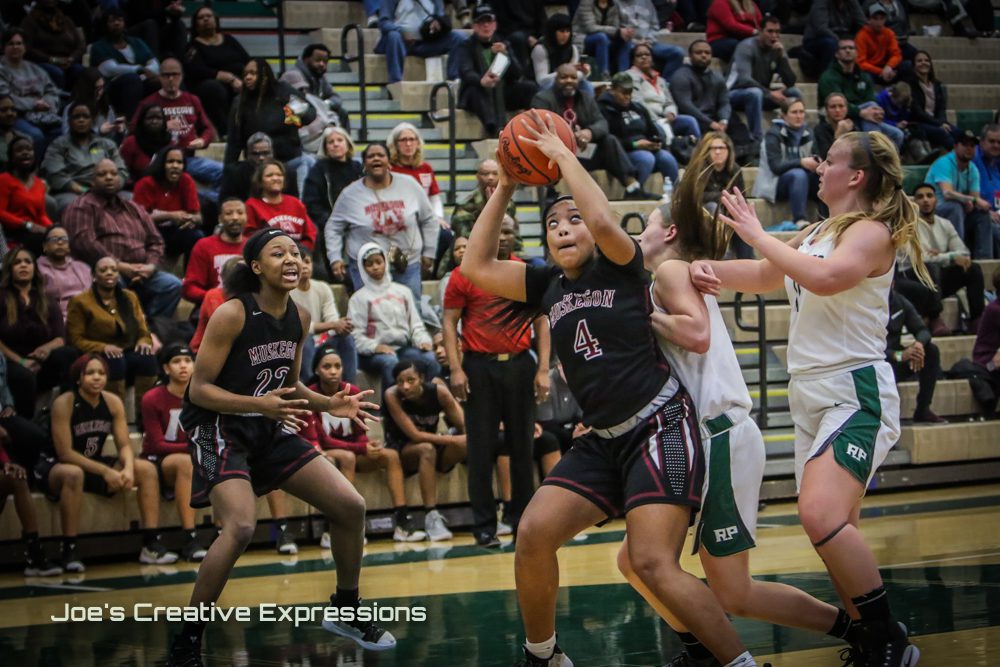 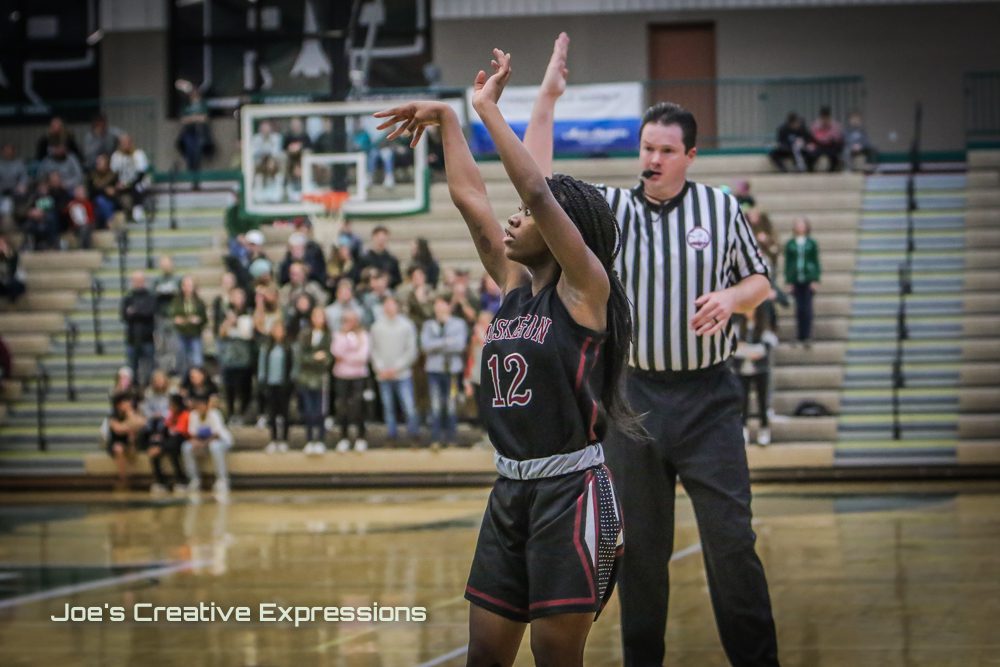 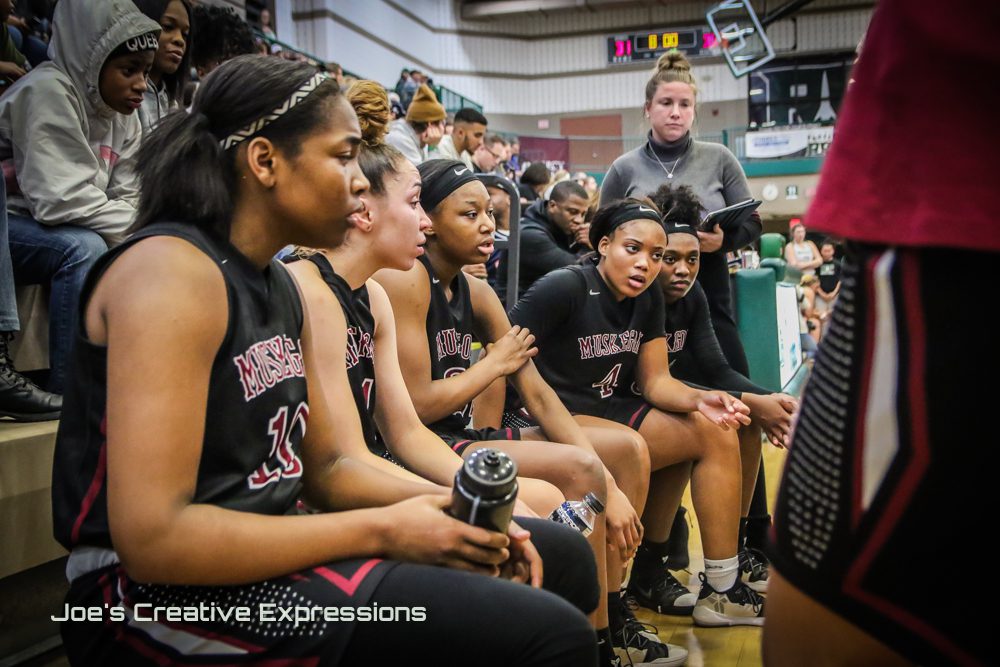 Ludington volleyball picks up one win, one tie at Big Rapids Invitational