GRAND HAVEN – When fans think about the Muskegon girls basketball team, they tend to focus on its explosive

They usually don’t think about the Big Reds’ suffocating defense, but it was definitely on display on Wednesday in the Division 1 regional finals at Grand Haven High School.

The Big Reds forced Hudsonville into 31 costly turnovers, which helped them overcome a first quarter deficit and cruise to a convincing 65-39 victory and their second consecutive regional championship.

This is the first time in school history that the Muskegon girls team has won back-to-back regional titles. That achievement comes less than one week after the Big Reds won consecutive district championships for the first time. 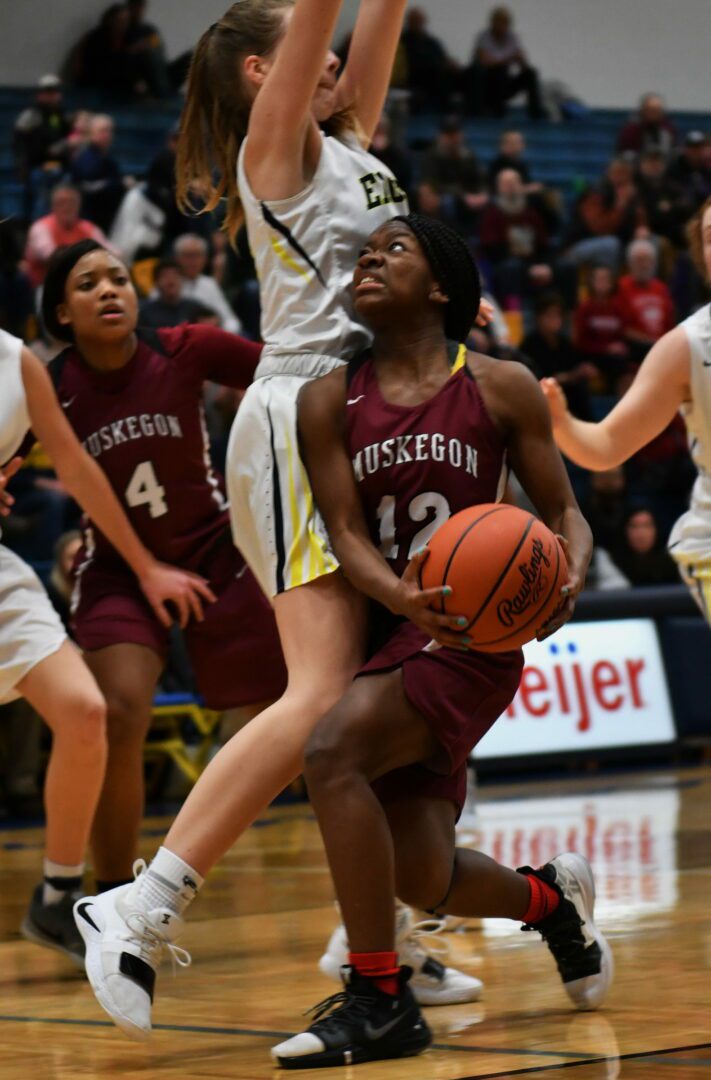 Now the Big Reds are headed back to where they finished last season – the Division 1 state quarterfinals – and have visions of going even further in the state tournament.

Muskegon, now 20-4 on the season, will face DeWitt on Monday at Kalamazoo Loy Norrix High School. Tipoff is slated for 7 p.m.

“We are a senior heavy-group and they don’t want to see their last game,” said Muskegon coach Rodney Walker. “They are doing a great job attacking other team’s weaknesses. We did a good job trying to get the ball out of their hands and create some turnovers.”

The Big Reds trailed 13-11 after the first quarter, but quickly turned things around.

They clamped down defensively during the second quarter with a full-court press, which led to a 15-5 run and a 26-18 halftime lead.

Winston scored nine second quarter points and 13 in the first half.

Muskegon continued its strong defensive play during the third quarter, allowing only six points while scoring 20. Winston had seven points during the third while Alexander scored six of her 10 points.

The Big Reds led 46-24 headed into the fourth quarter. Their lead got as high as 34 points with three minutes remaining, before Hudsonville closed out the contest with a 10-2 run.

Winston again led Muskegon in scoring with 28 points while Brianna Alexander added 10 and both Kailyn Nash and Diynasti Dowell chipped in with nine. 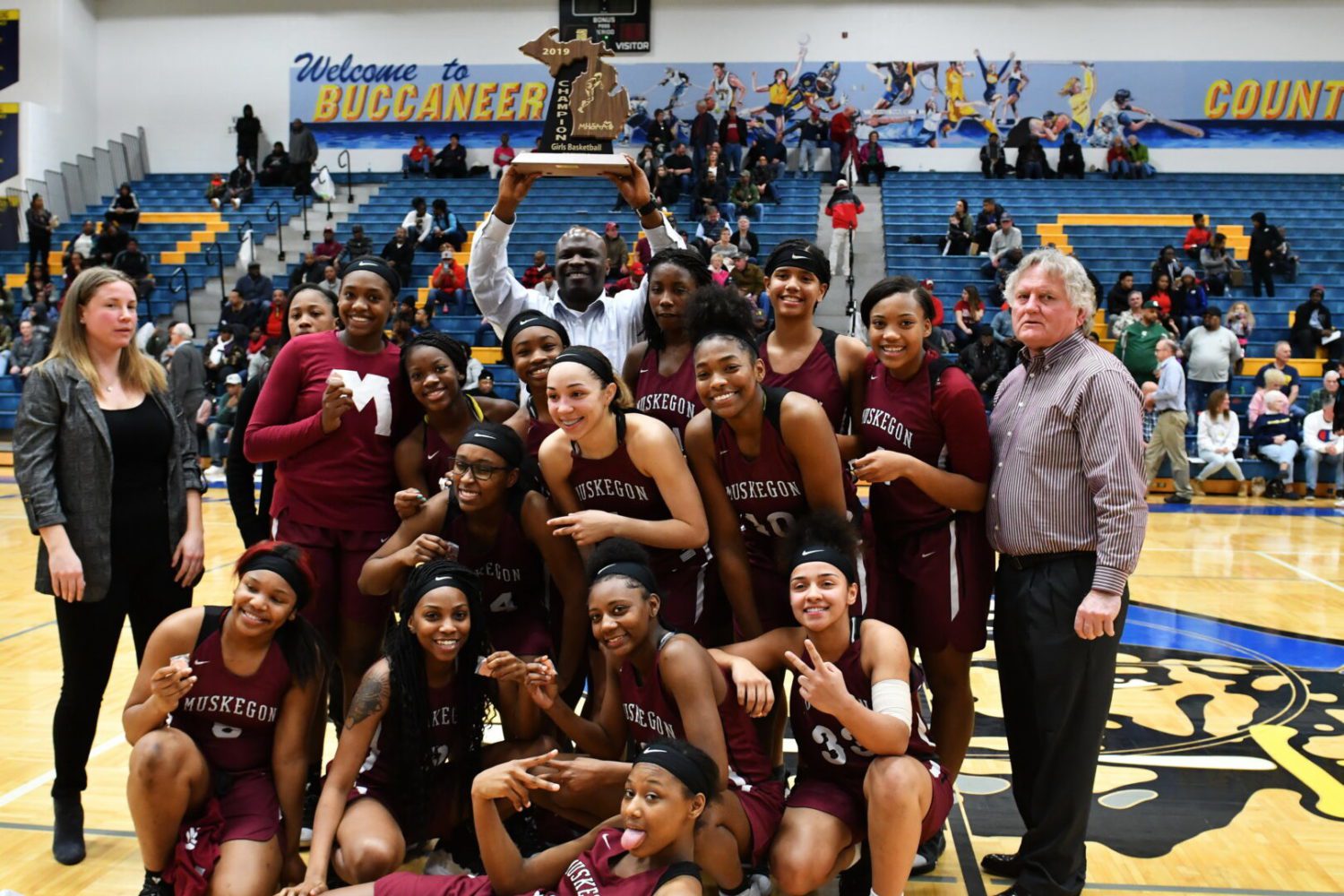 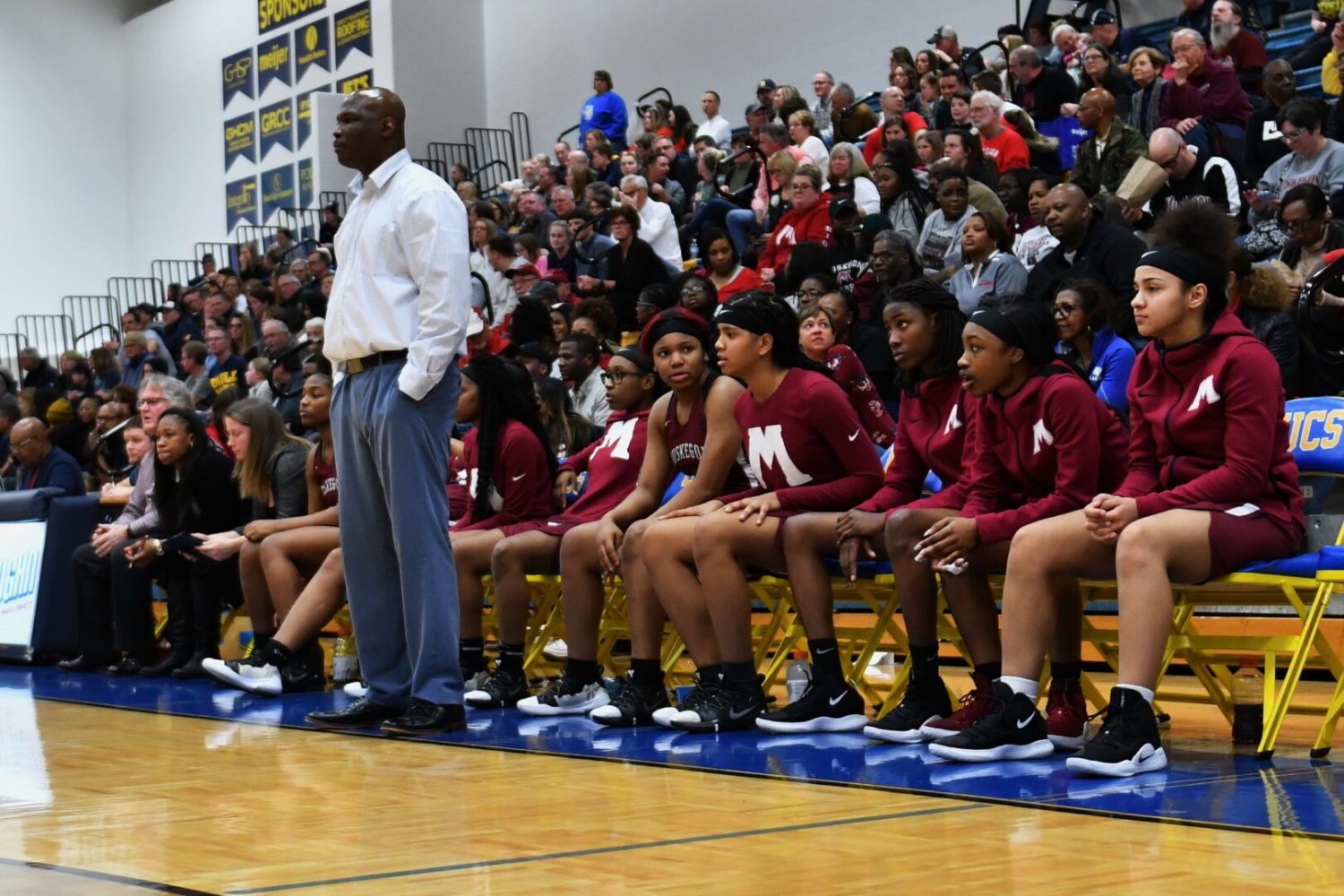 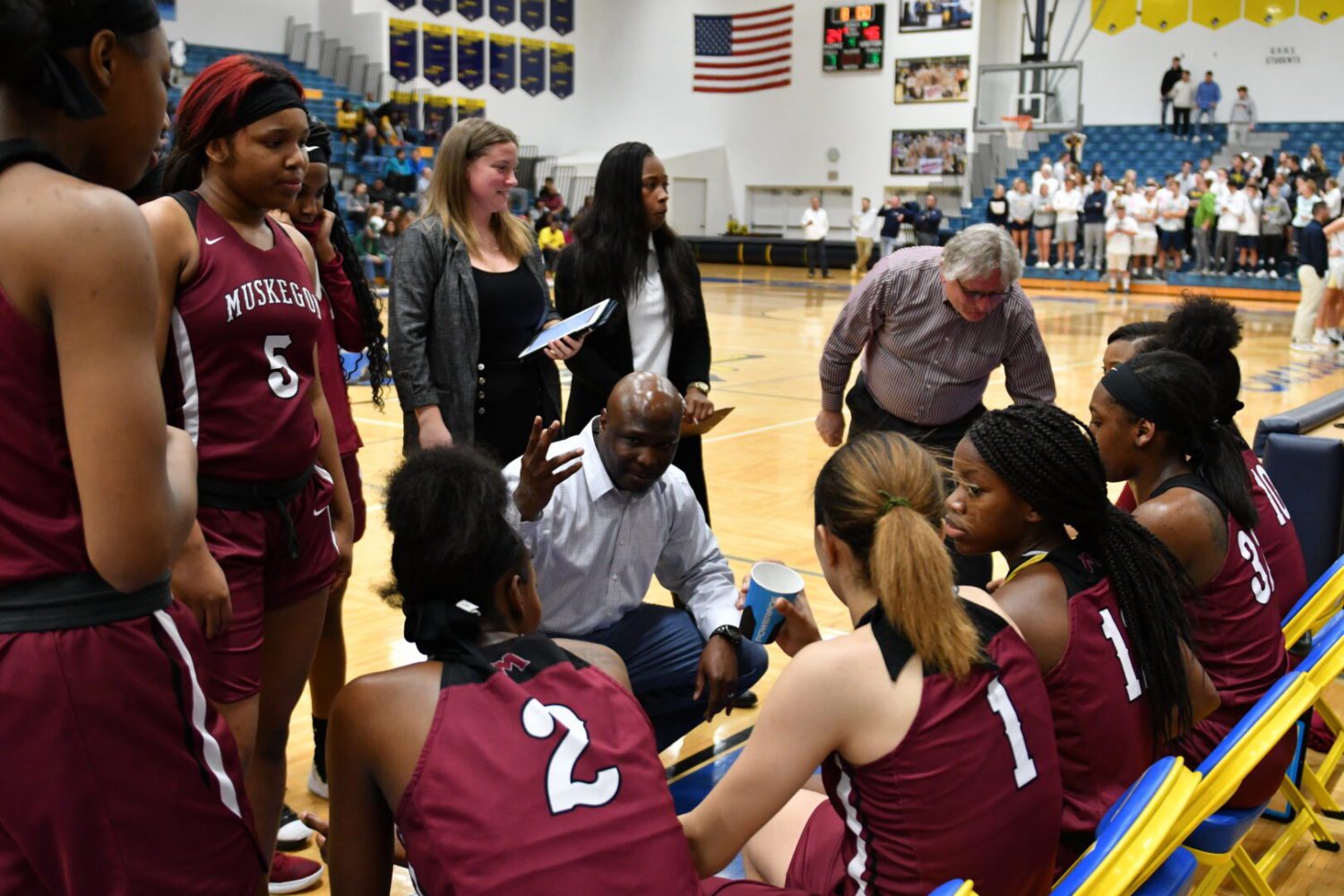 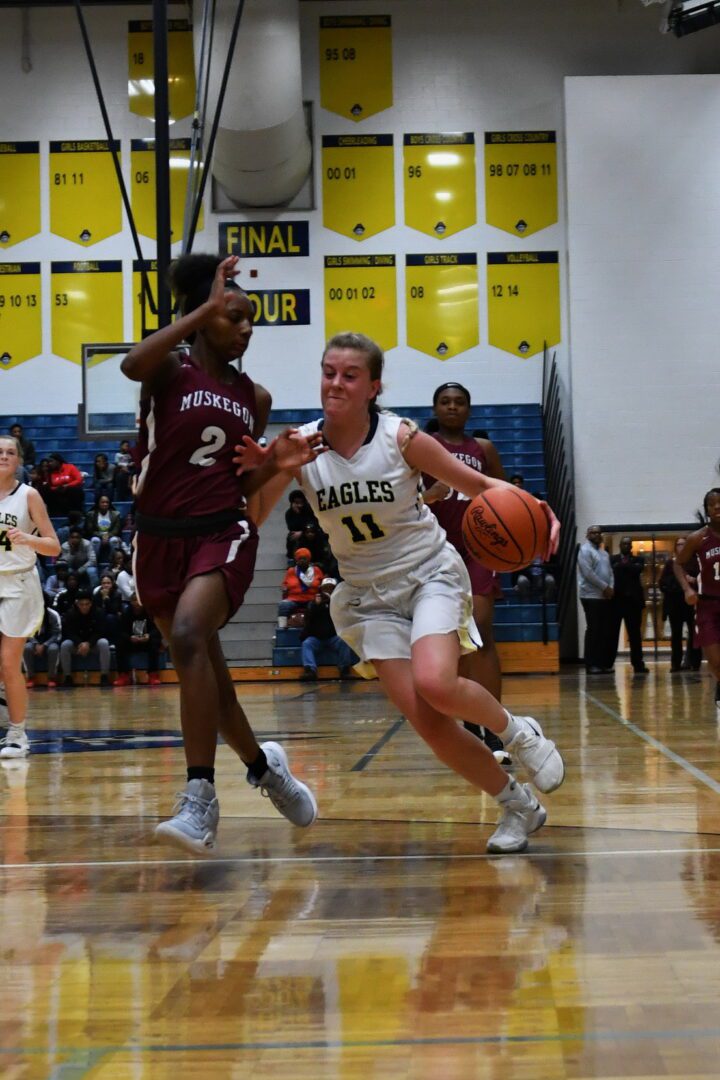 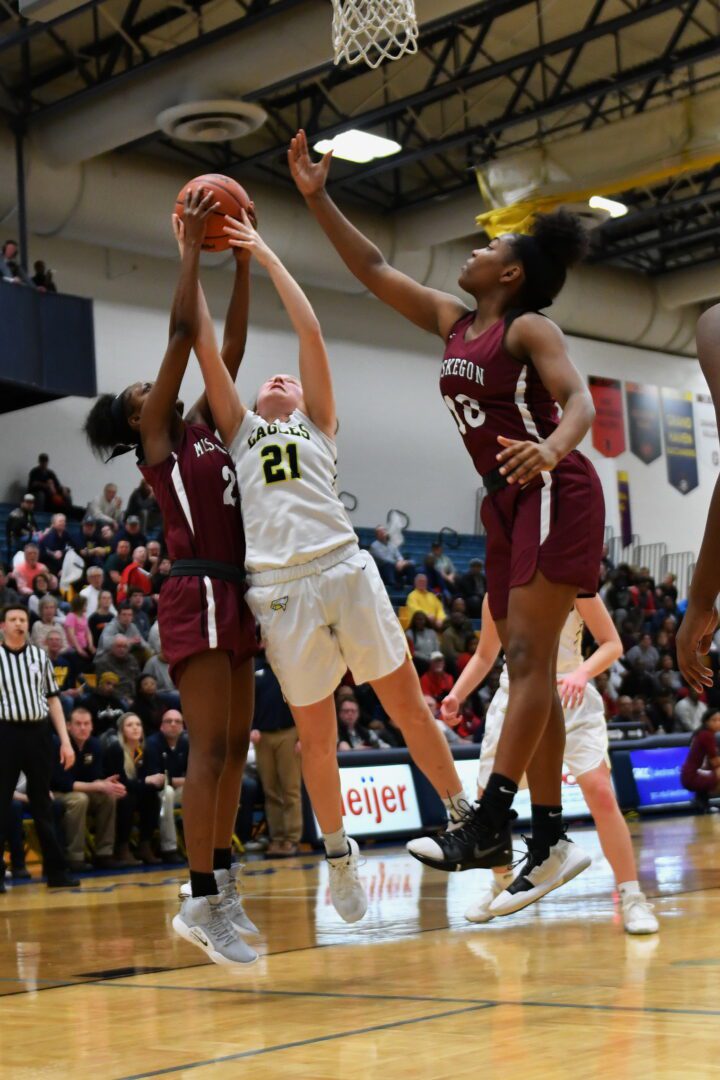 Deshonna Day and Kailyn Nash reach for the rebound over Hudsonville’s No. 21 Mallory Hawks. Photo/Michael Banka 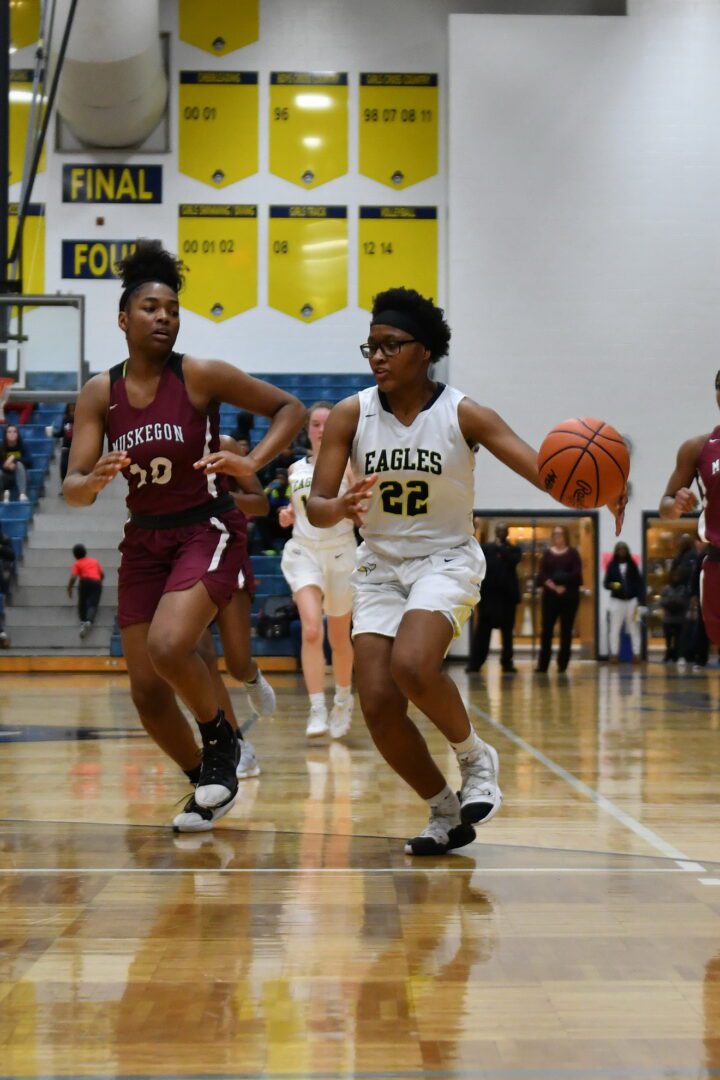 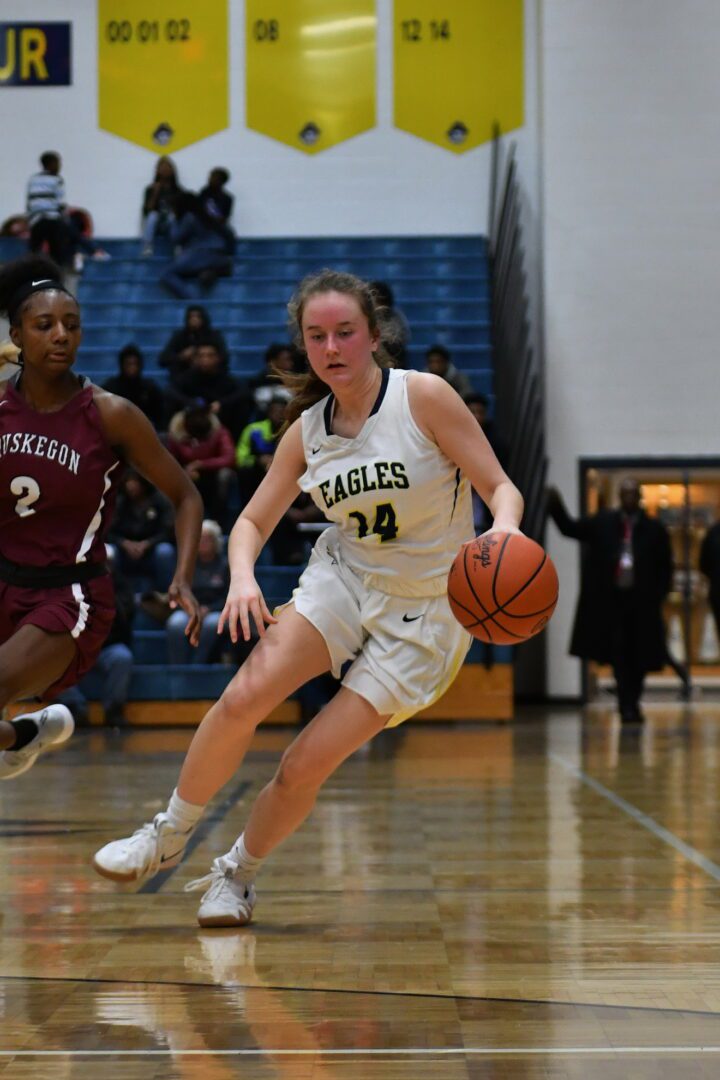 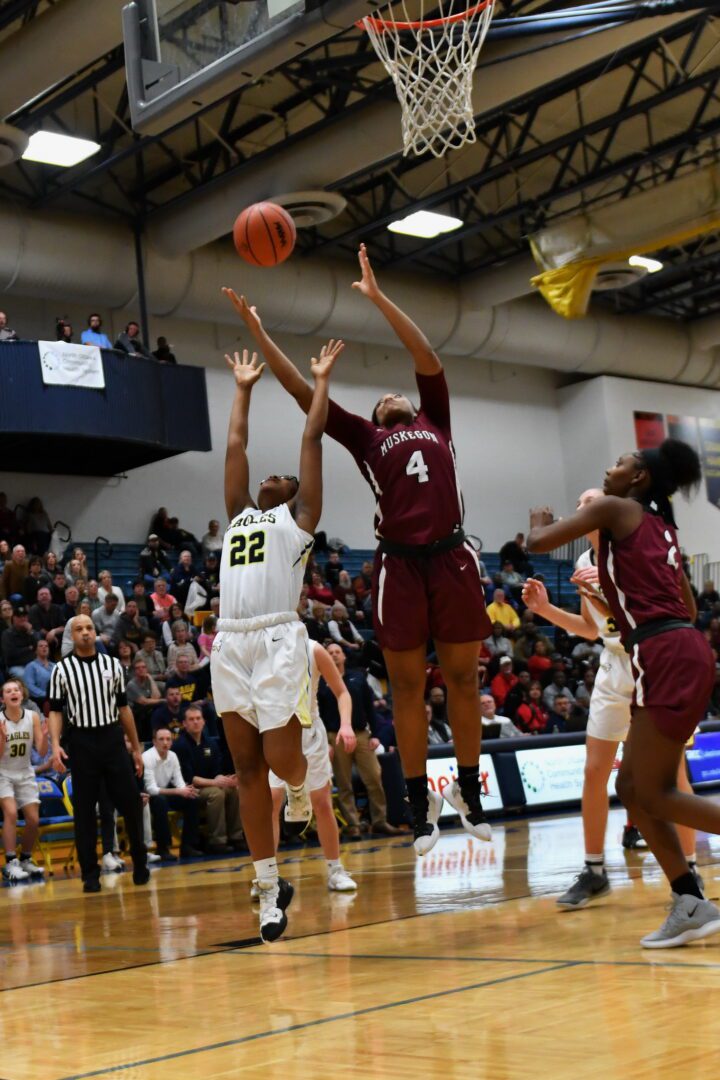 Muskegon’s No. 4 Nia Miskel gets up and reaches for the rebound. Photo/Michael Banka 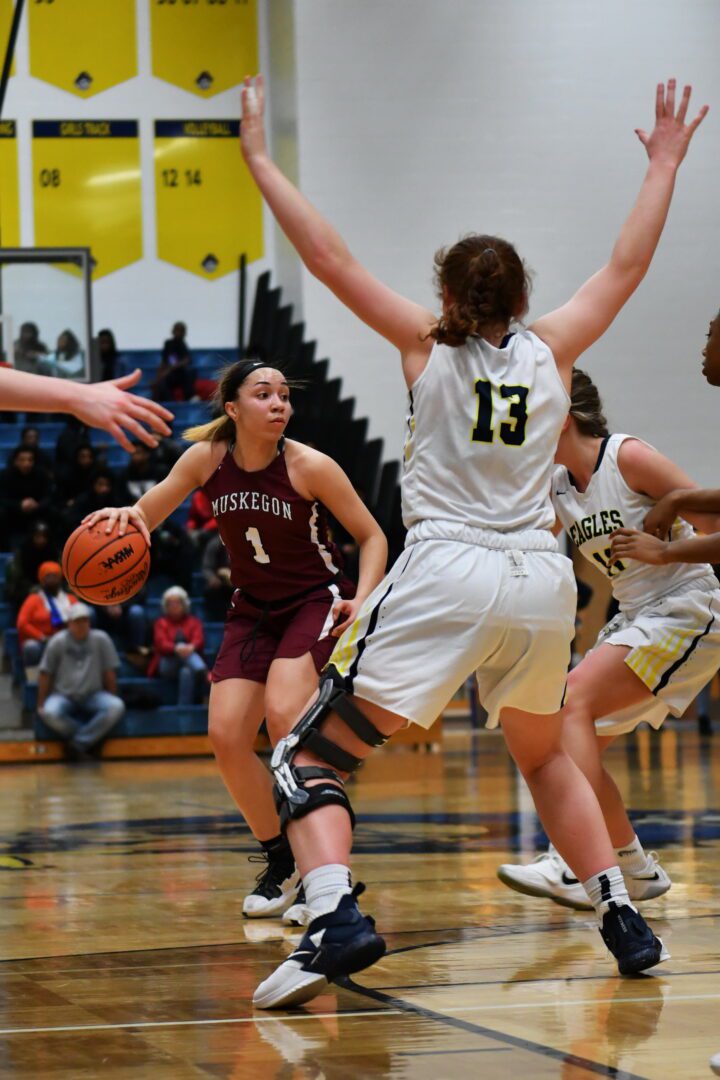 Alyza Winston tries to find the opening through the Hudsonville defense. Photo/Michael Banka 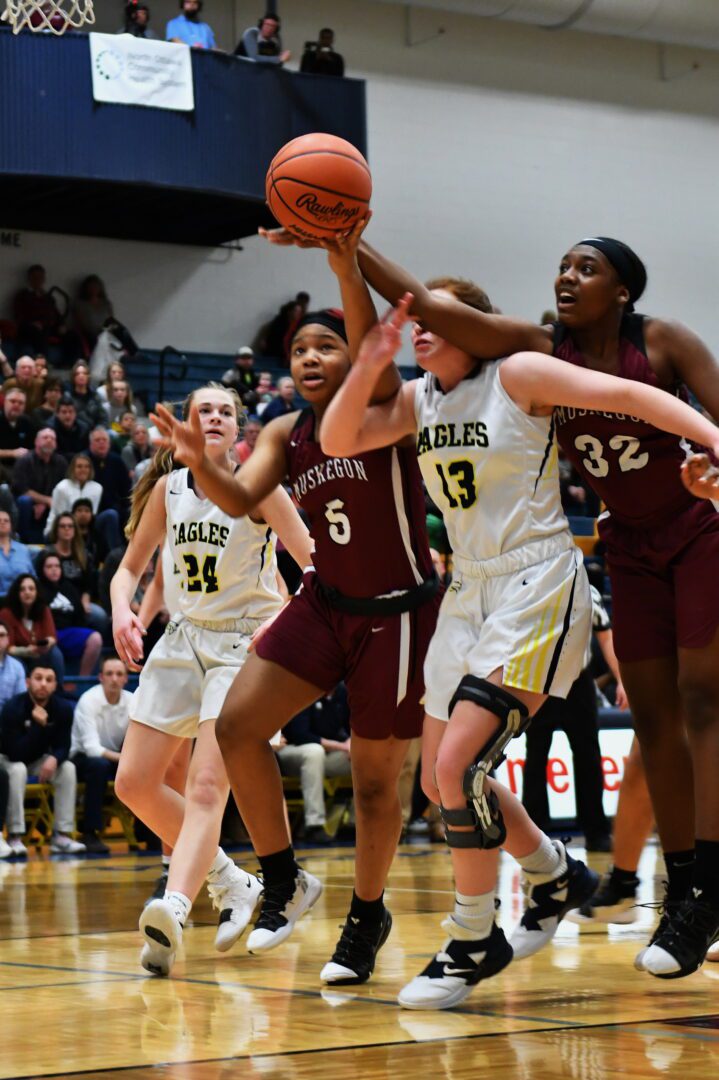 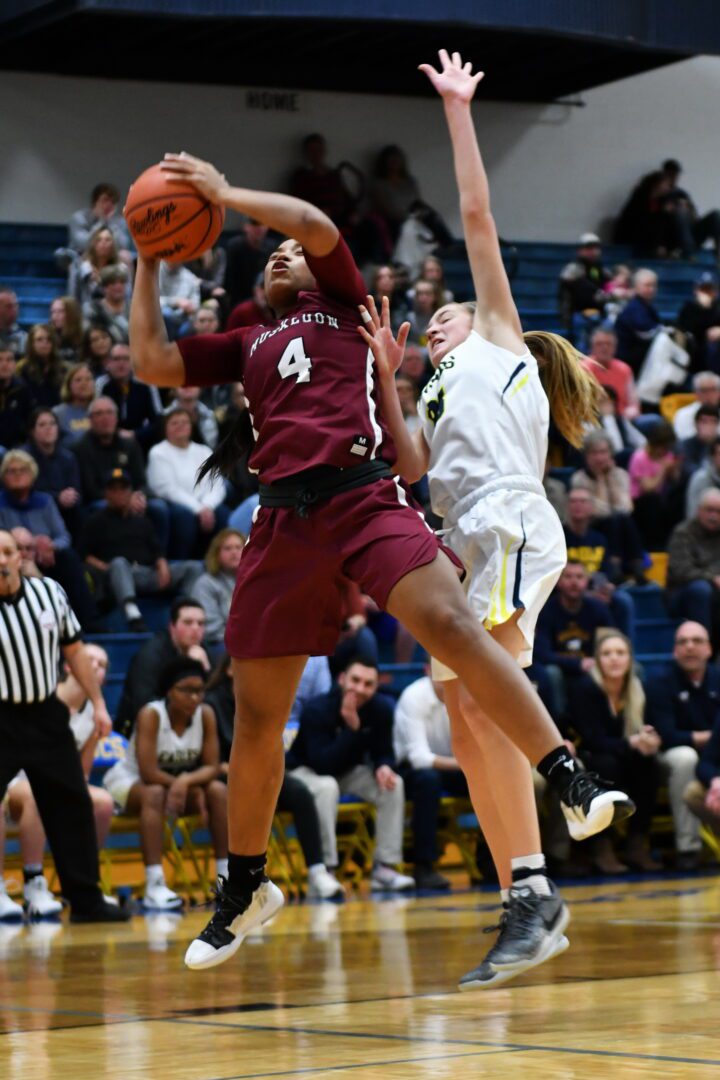 Muskegon’s Nia Miskel comes down with the rebound. Photo/Michael Banka 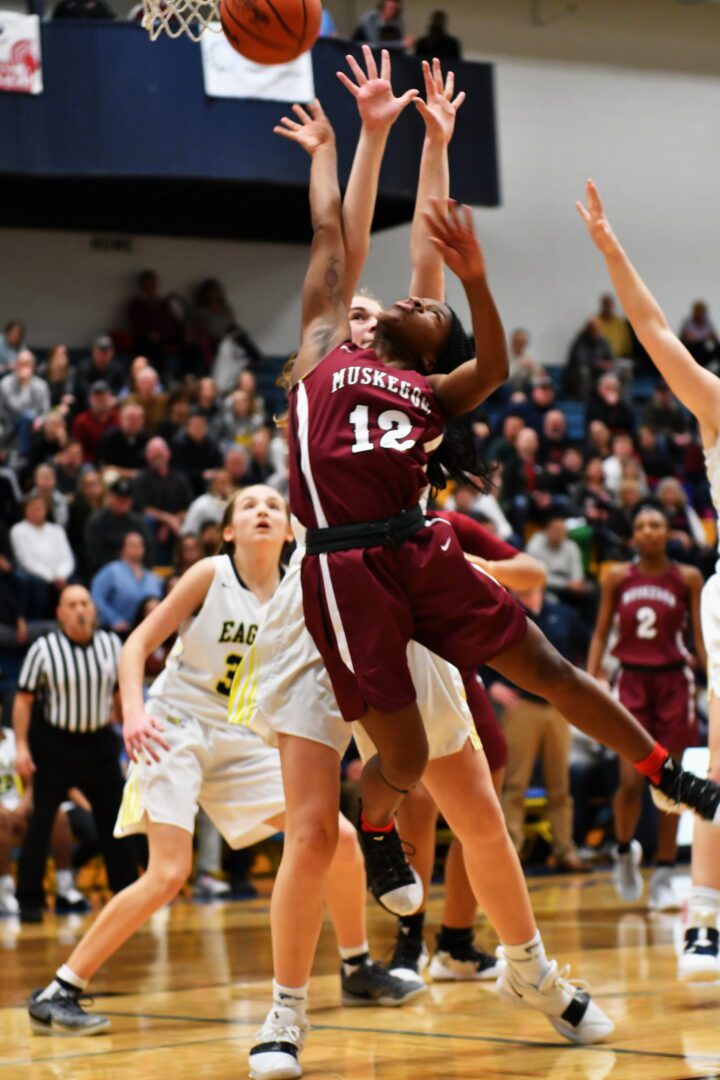 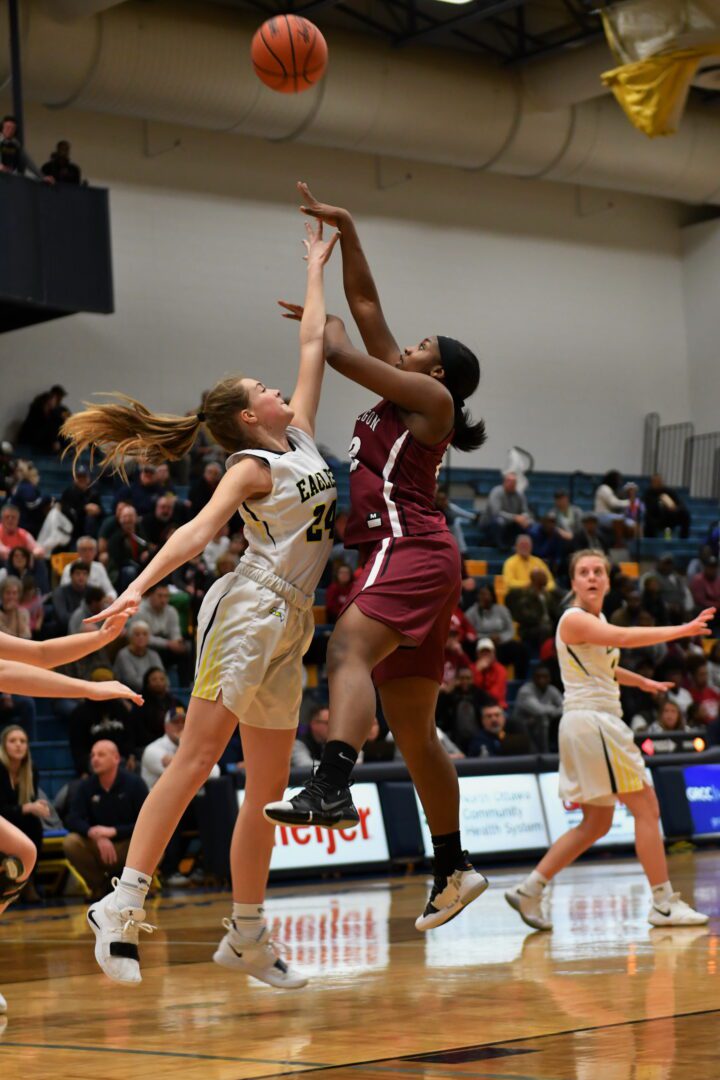 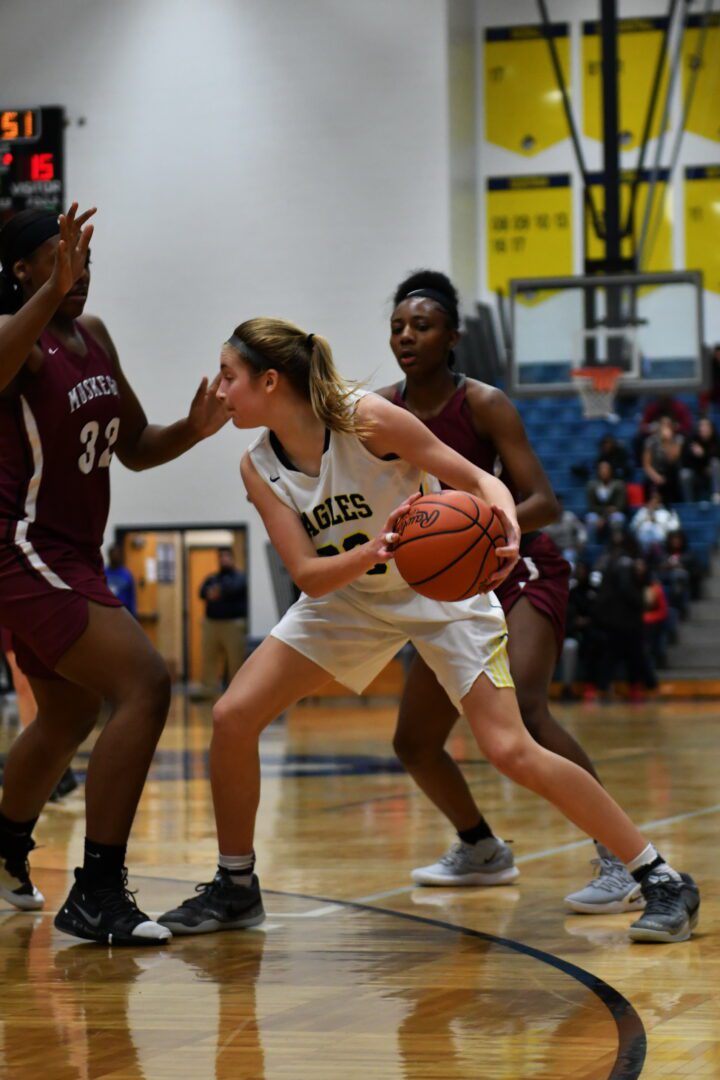 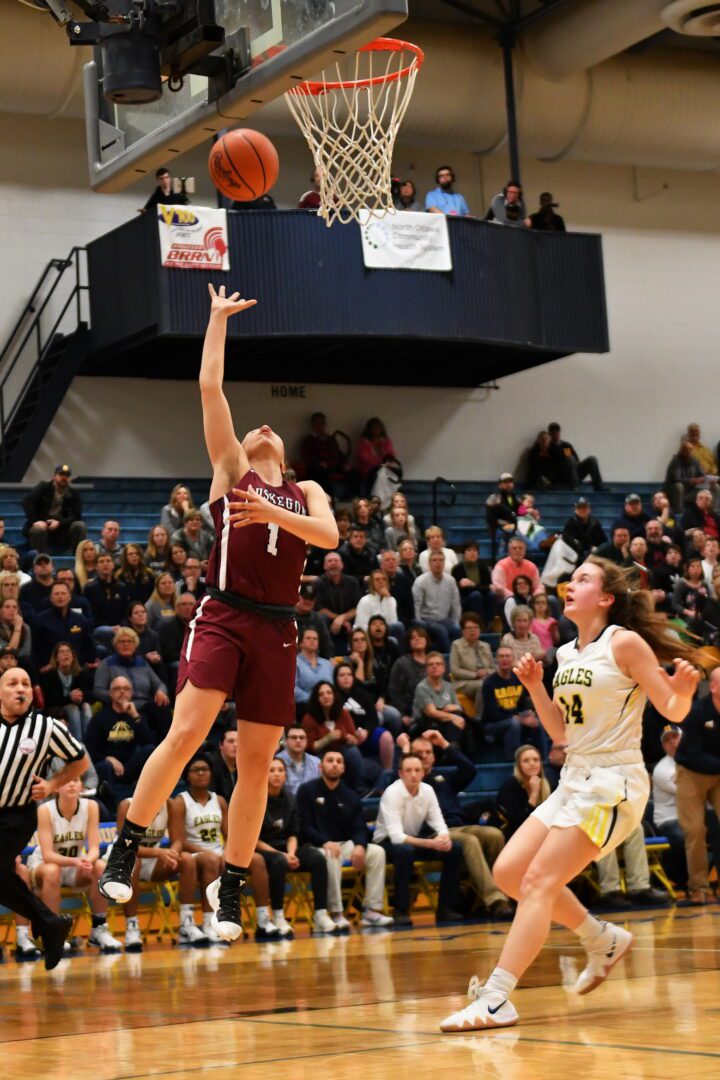 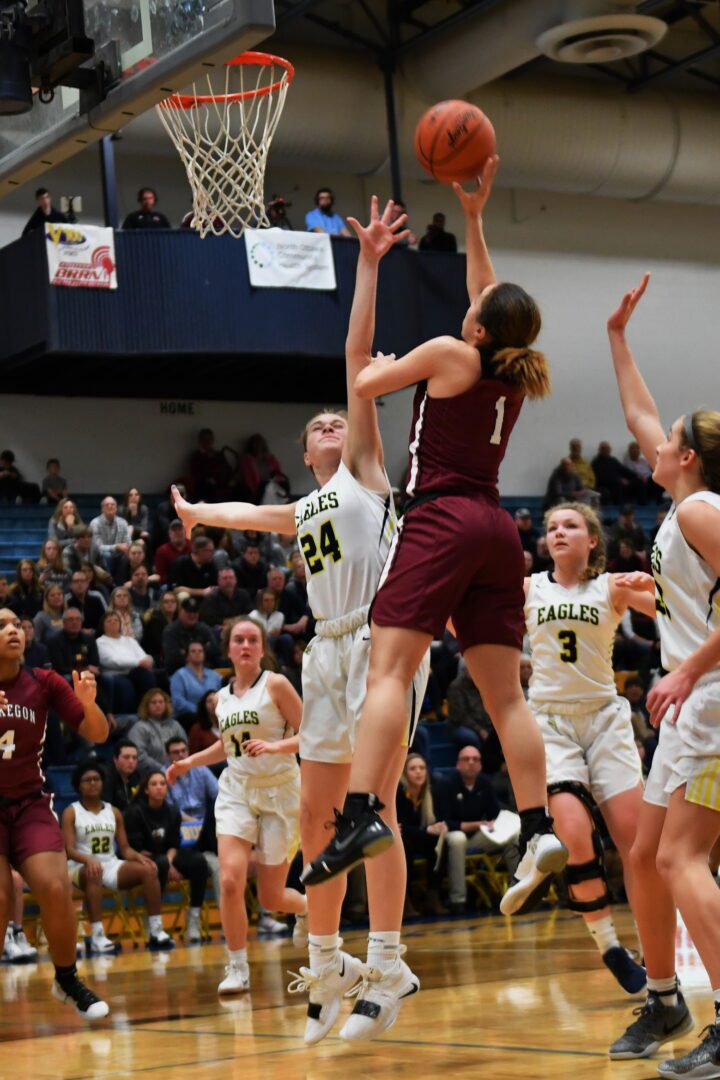 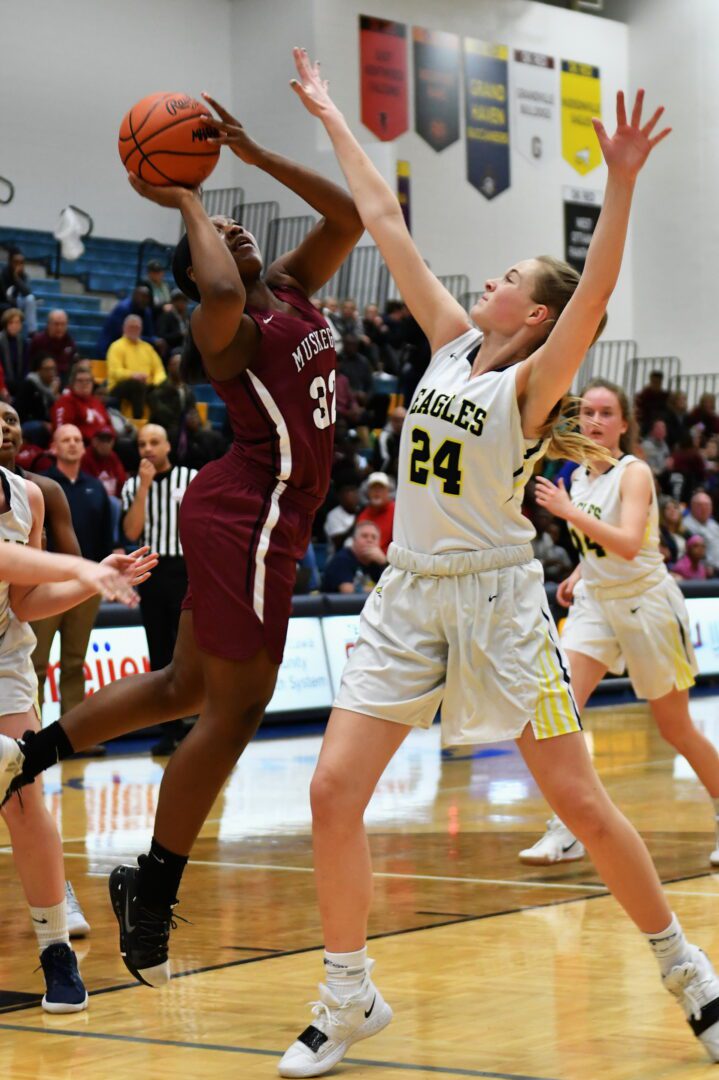 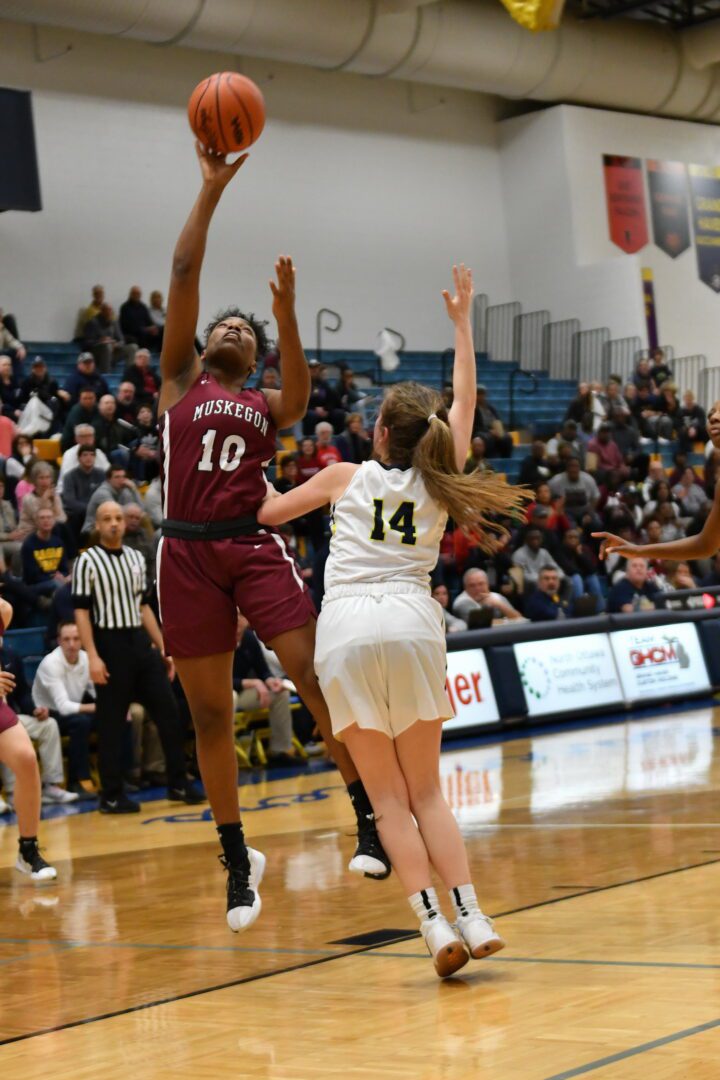 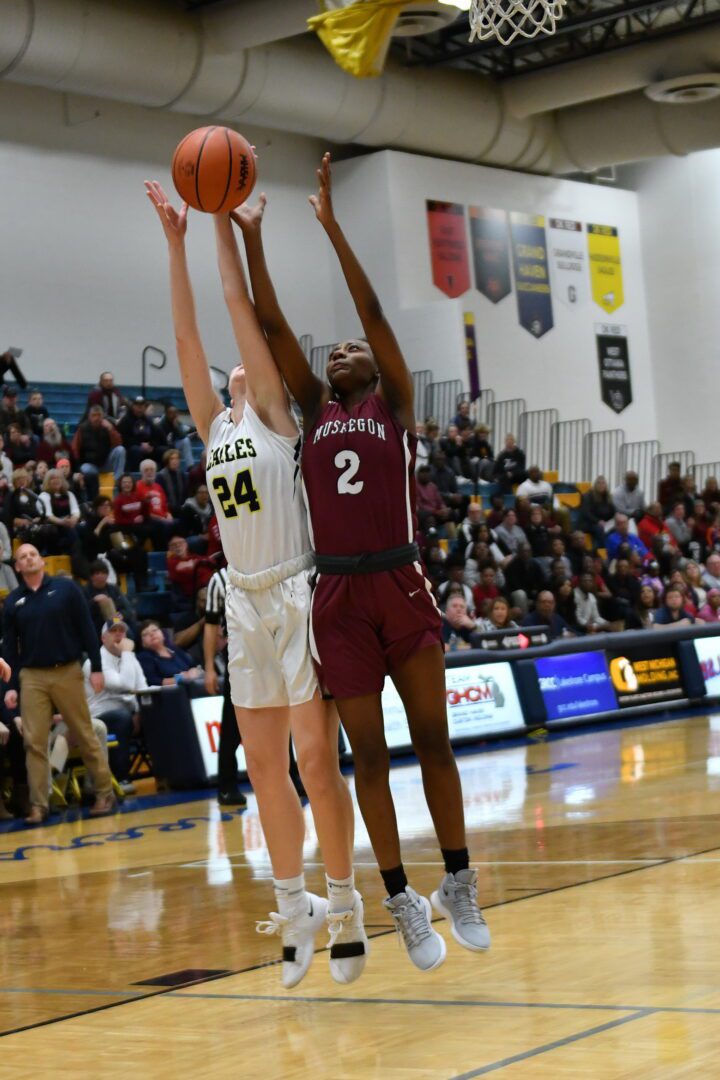 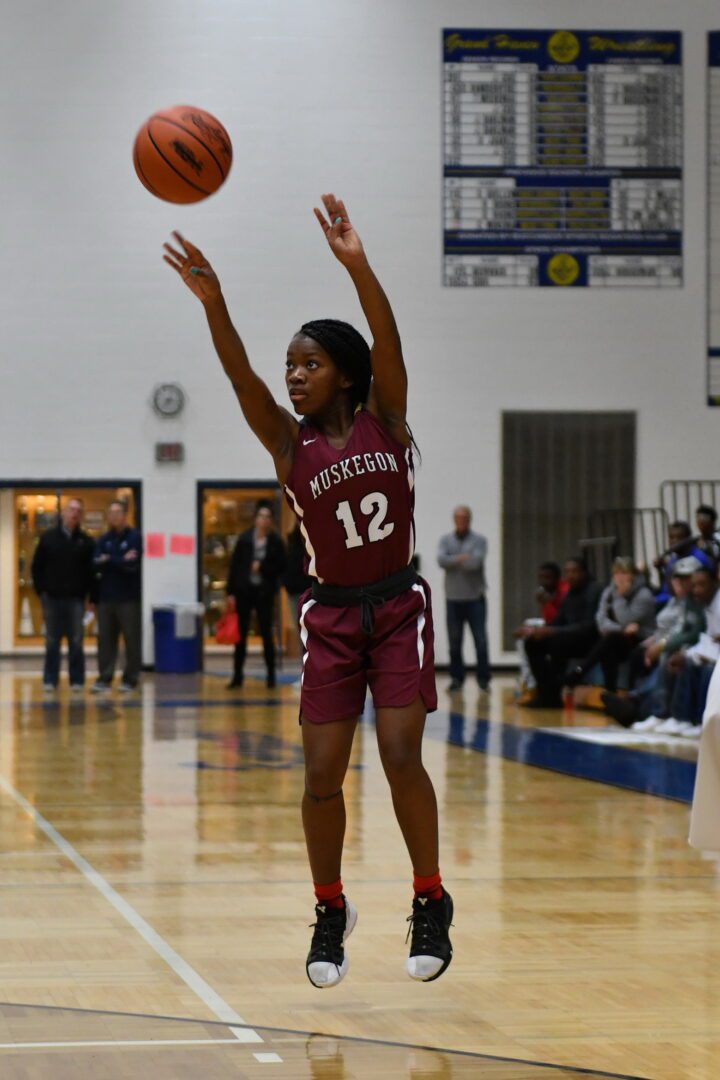 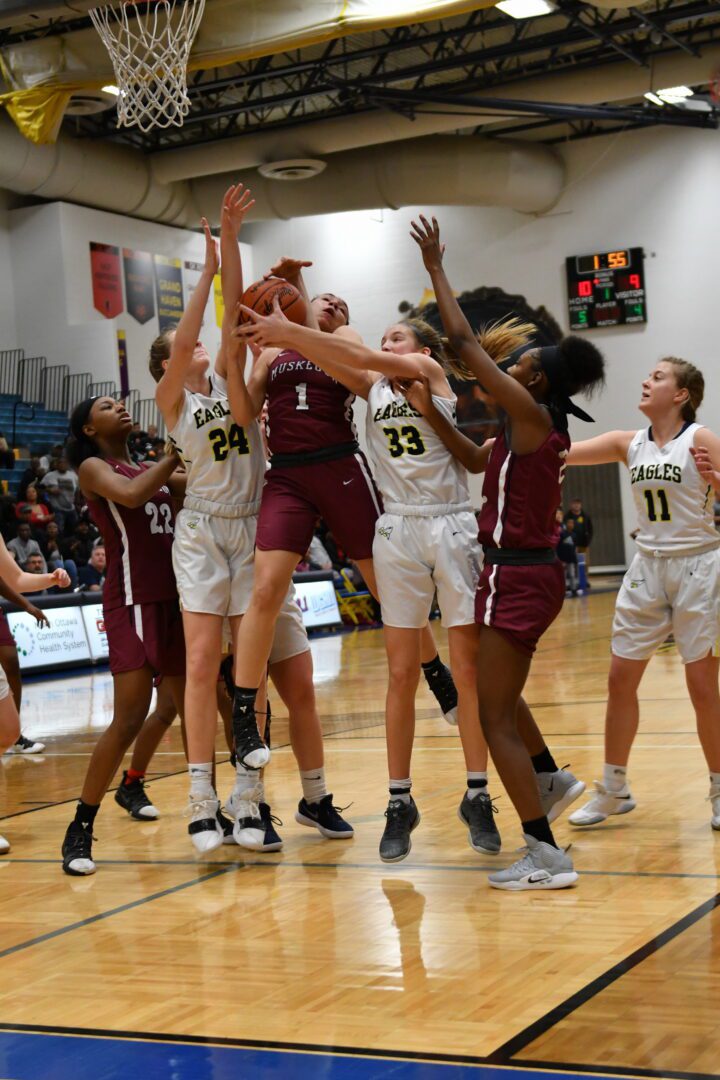 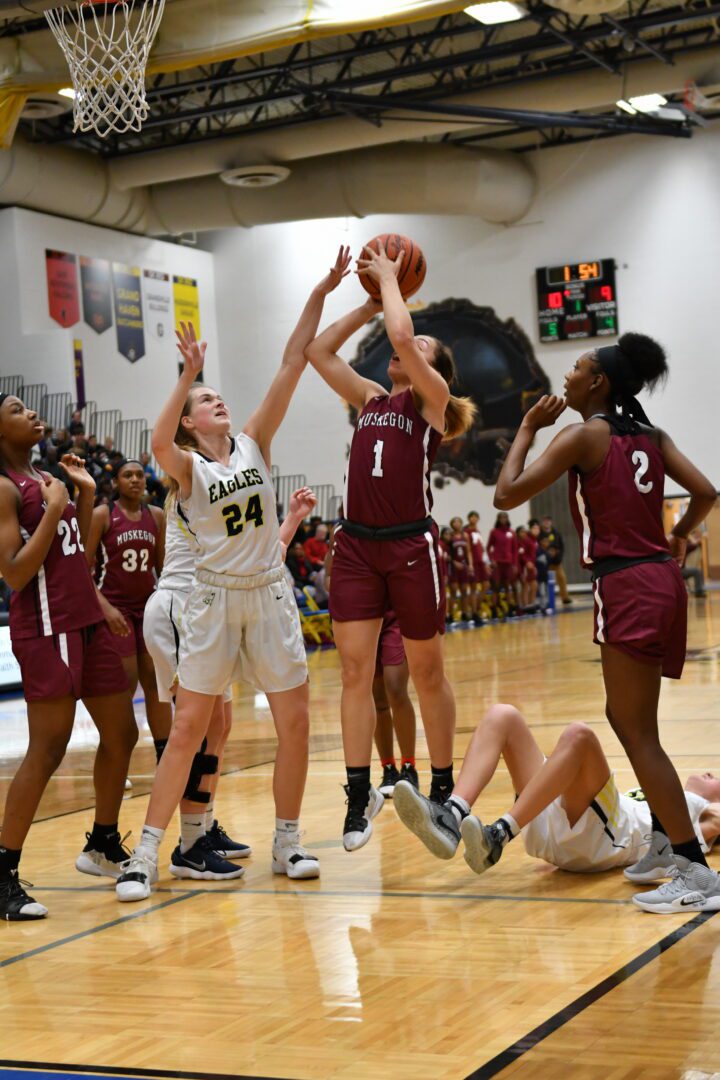 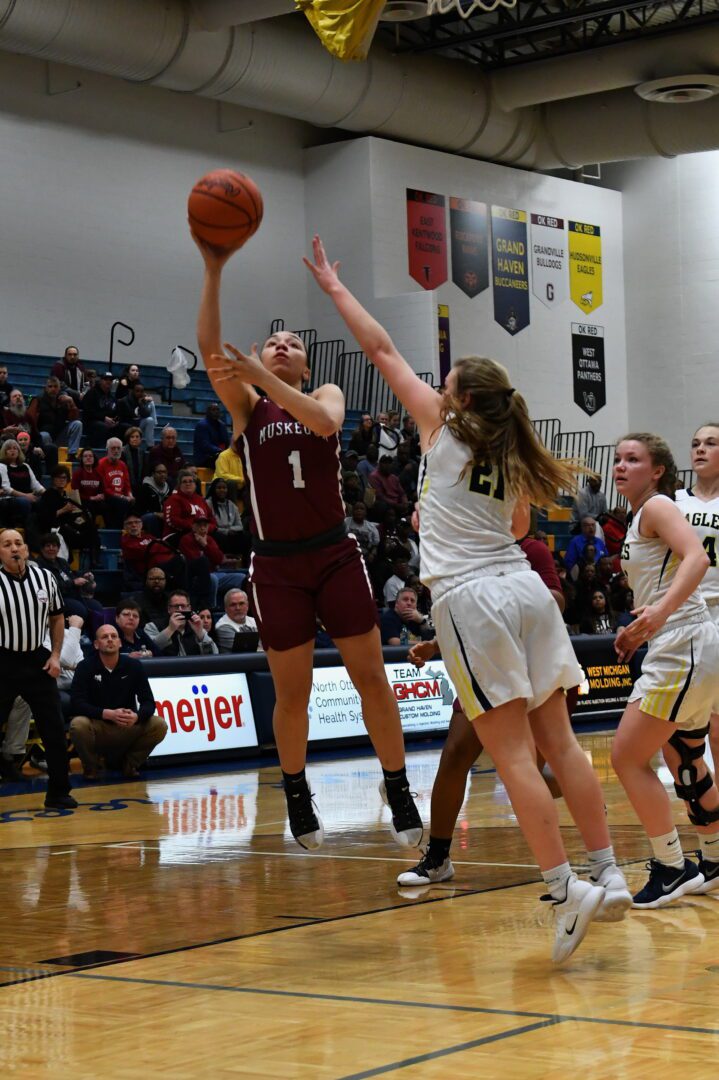 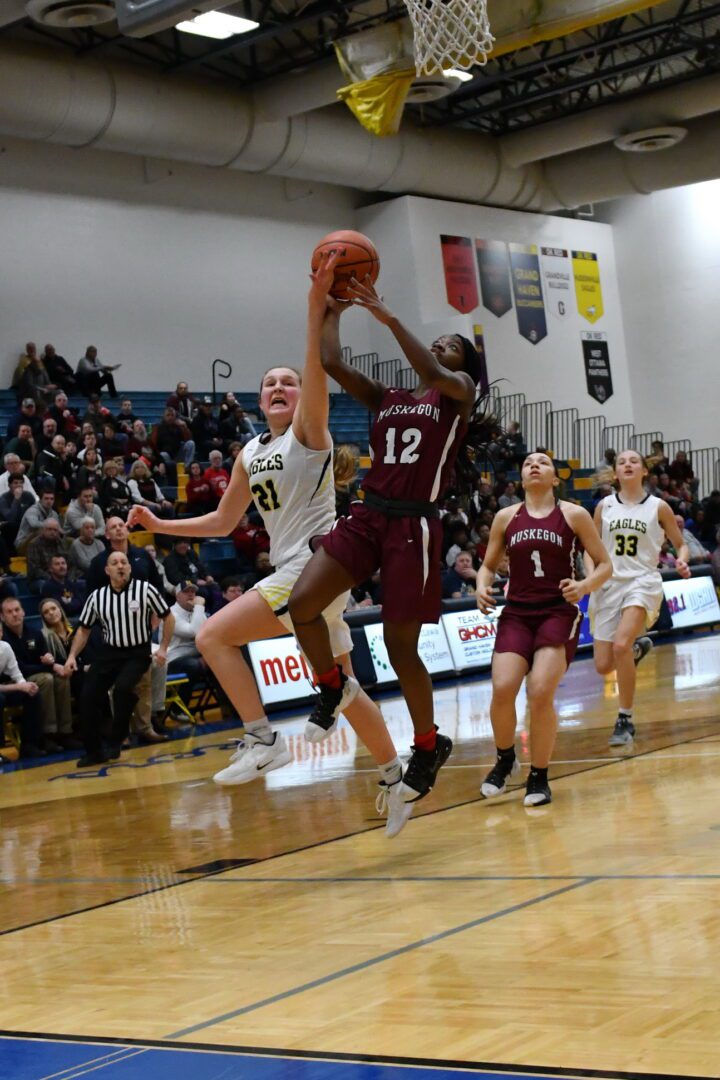 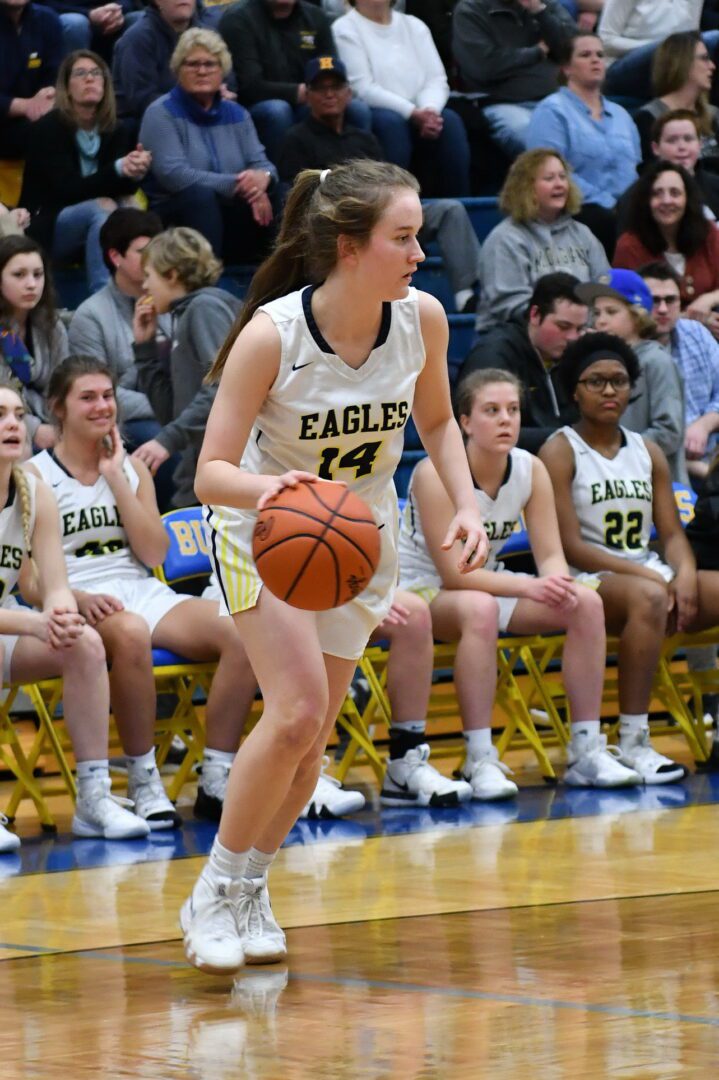 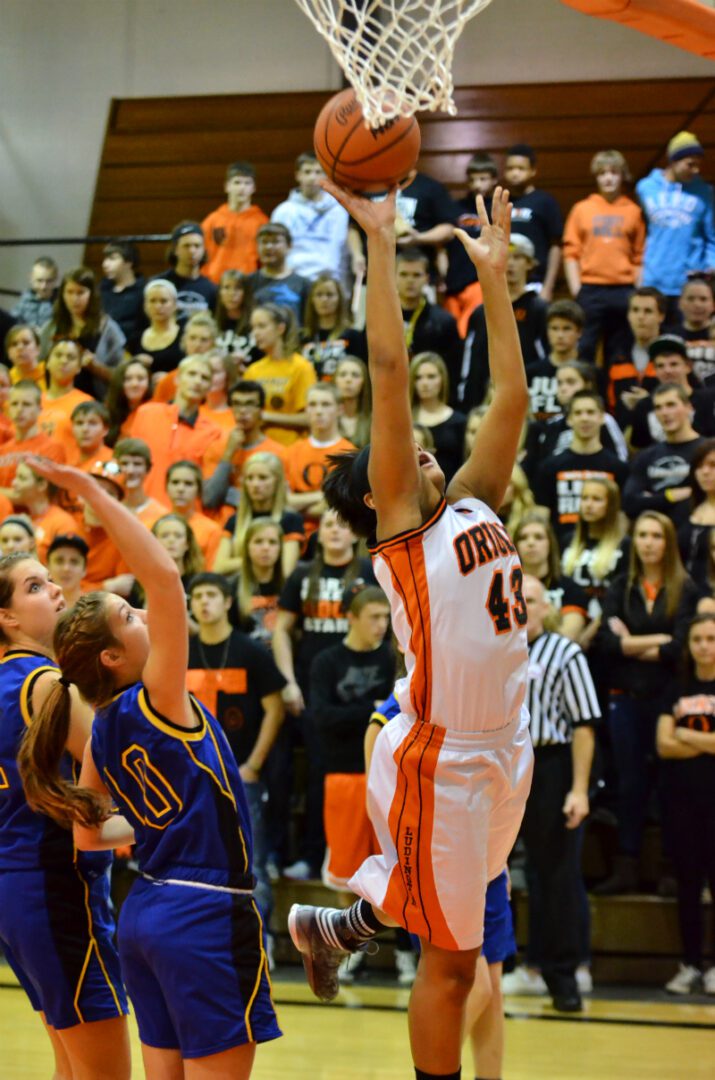