That goal was checked off the list on Friday. And then some.

The Eagles now advance to a familiar assignment – the regional round of the state tournament – Monday night at Mendon High School.

“We’re so proud of our girls,” said Richards, whose team improved to 18-5. “They really came out to play. They were so focused and followed the game plan.” 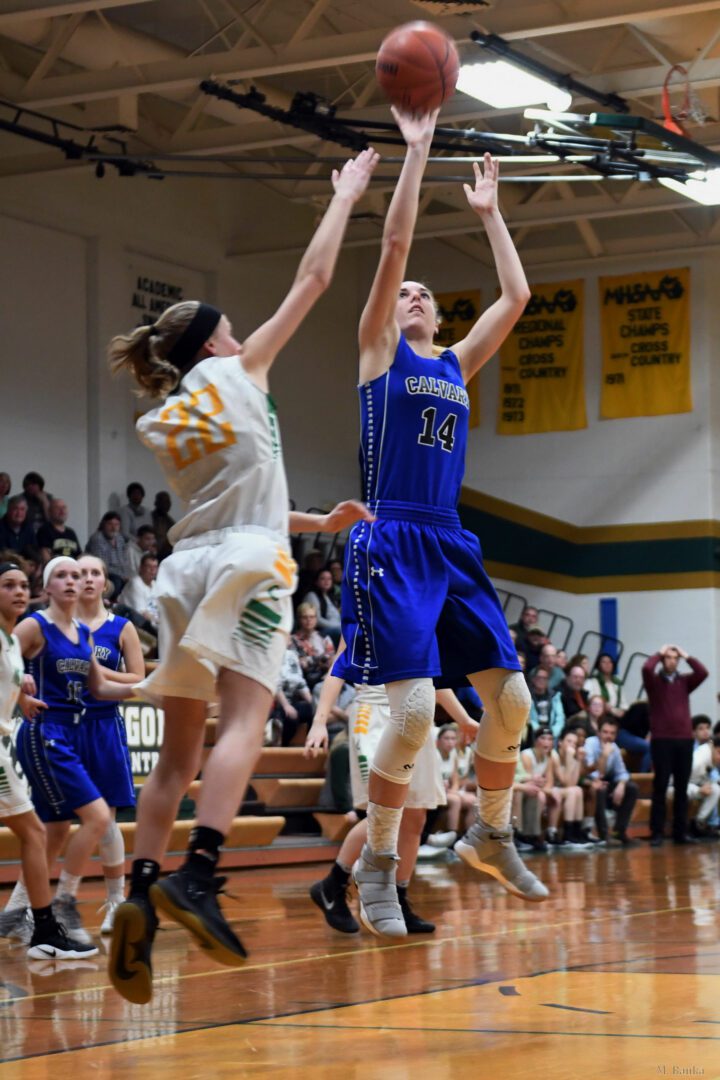 The Eagles, held scoreless in the opening minute of the game, turned to their post players to get the offense going.

And their starting front court of Kelsey Richards, Brianna Johnson, and Lizzie Cammenga, certainly responded, combining for 58 points and 23 rebounds in the game.

Those three totaled 21 points in the first quarter as Calvary took a commanding 24-6 lead. They contributed 14 of 19 points in the second quarter, for a 43-15 lead at the half.

“Our three six-footers are very unselfish, they just want to win,” Coach Richards said. “Nobody cares who gets the credit or praise, we sink or swim together.”

Looking up at a 28-point halftime deficit, the Crusaders could have called it a night and went through the motions in the second half.

Instead MCC fought back and outscored the Eagles 35-31 in the final two quarters, including a 19-12 edge in the third.

Hannah Ladd and Emily Olsen each scored six points in the third, as Catholic pulled within 55-34.

“I’m proud of how hard they worked that second half,” MCC coach Matt Callow said. “I think we were pretty nervous to start the game. If we could have bottled up our nerves and thrown it away at the start, it would’ve been a better game.”

After being held to a combined seven points in the third, Calvary’s big three responded with 17 of their team’s 19 fourth quarter points to finish off the host Crusaders.

Now the Eagles advance to regionals and the next goal on their list – to finally win two regional games in a row and capture a championship at that level.

“We’ve won five regional games,” Brad Richards said. “But we’ve never won (two in a row). We’re just blessed to still be playing. We’ll cross this one off the list and move on.”

Johnson and Richards each finished with 22 points for Calvary, with Johnson grabbing 11 rebounds. Cammenga added 14 points and eight boards, while Kristina Warren had 10 points and nine assists. 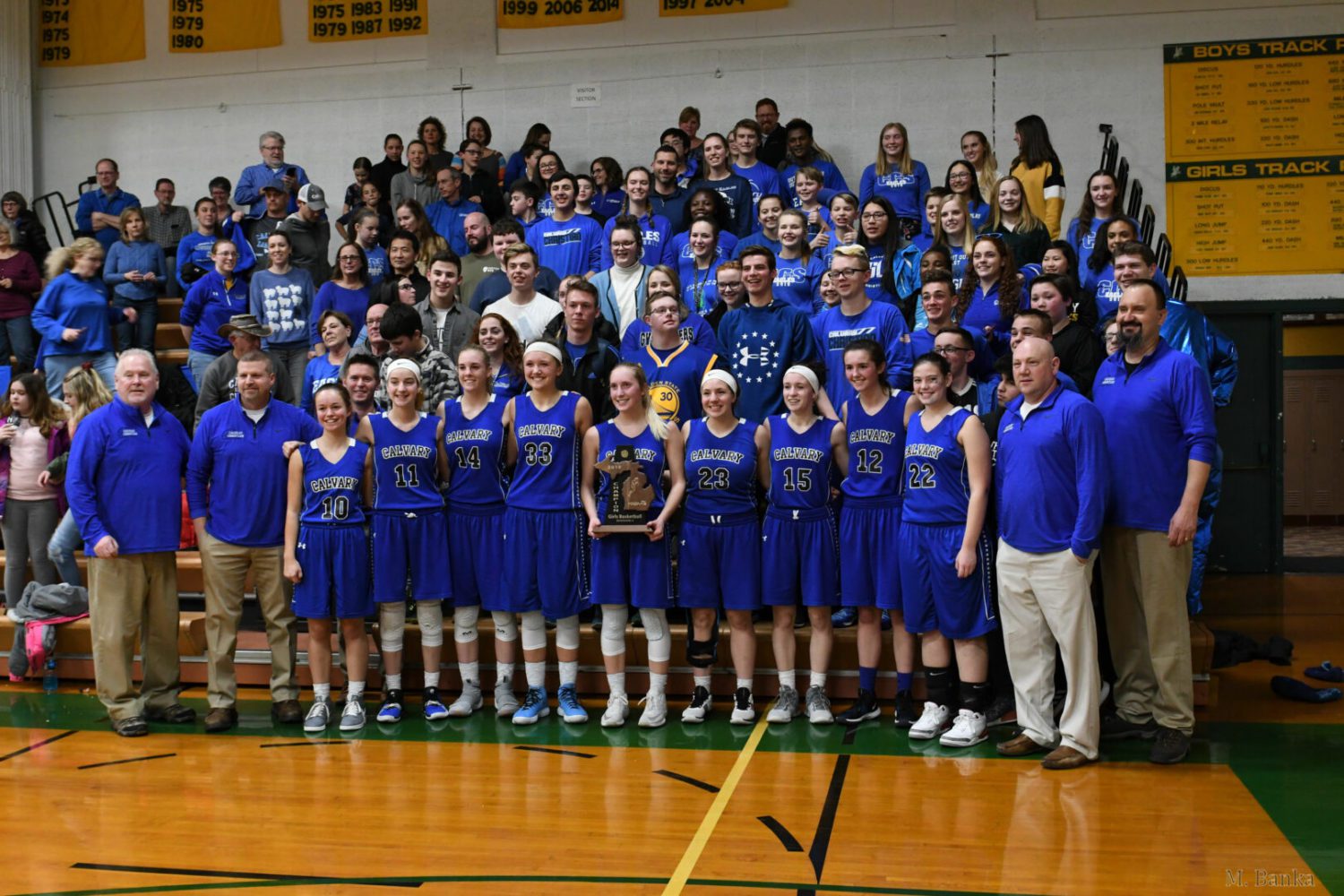 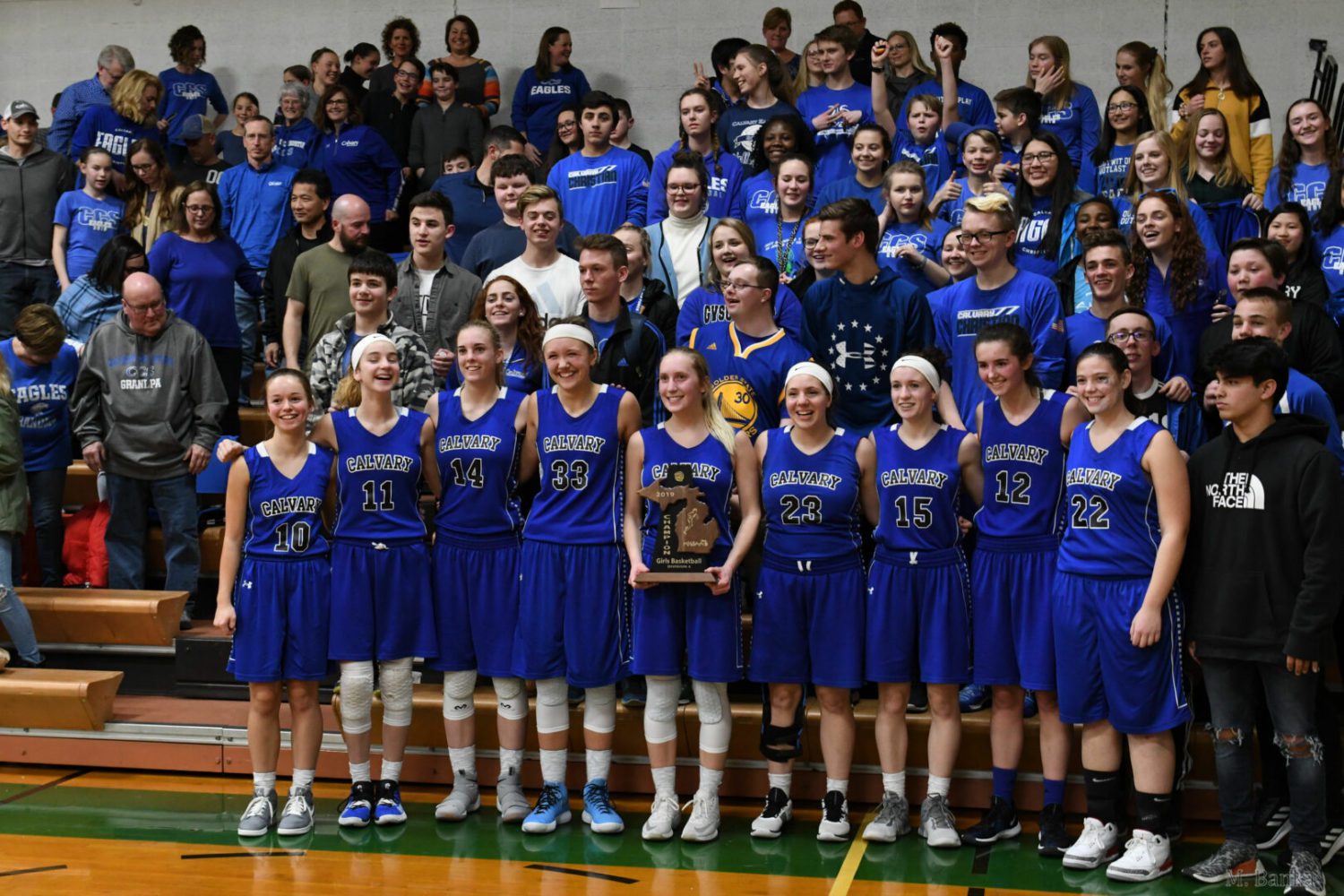 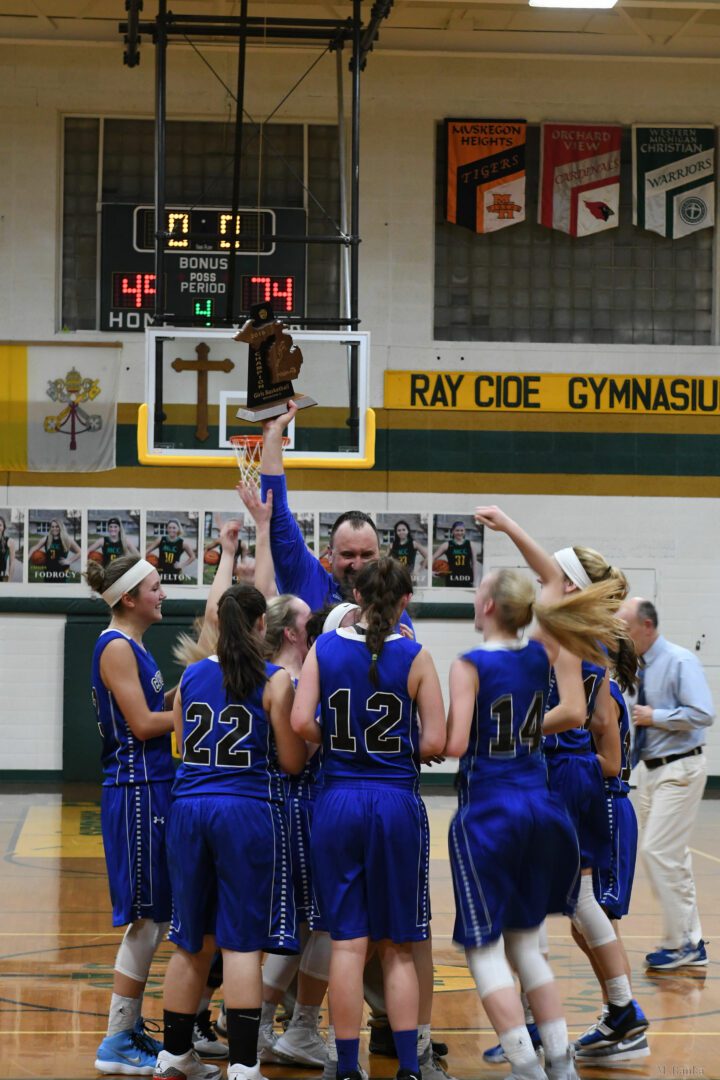 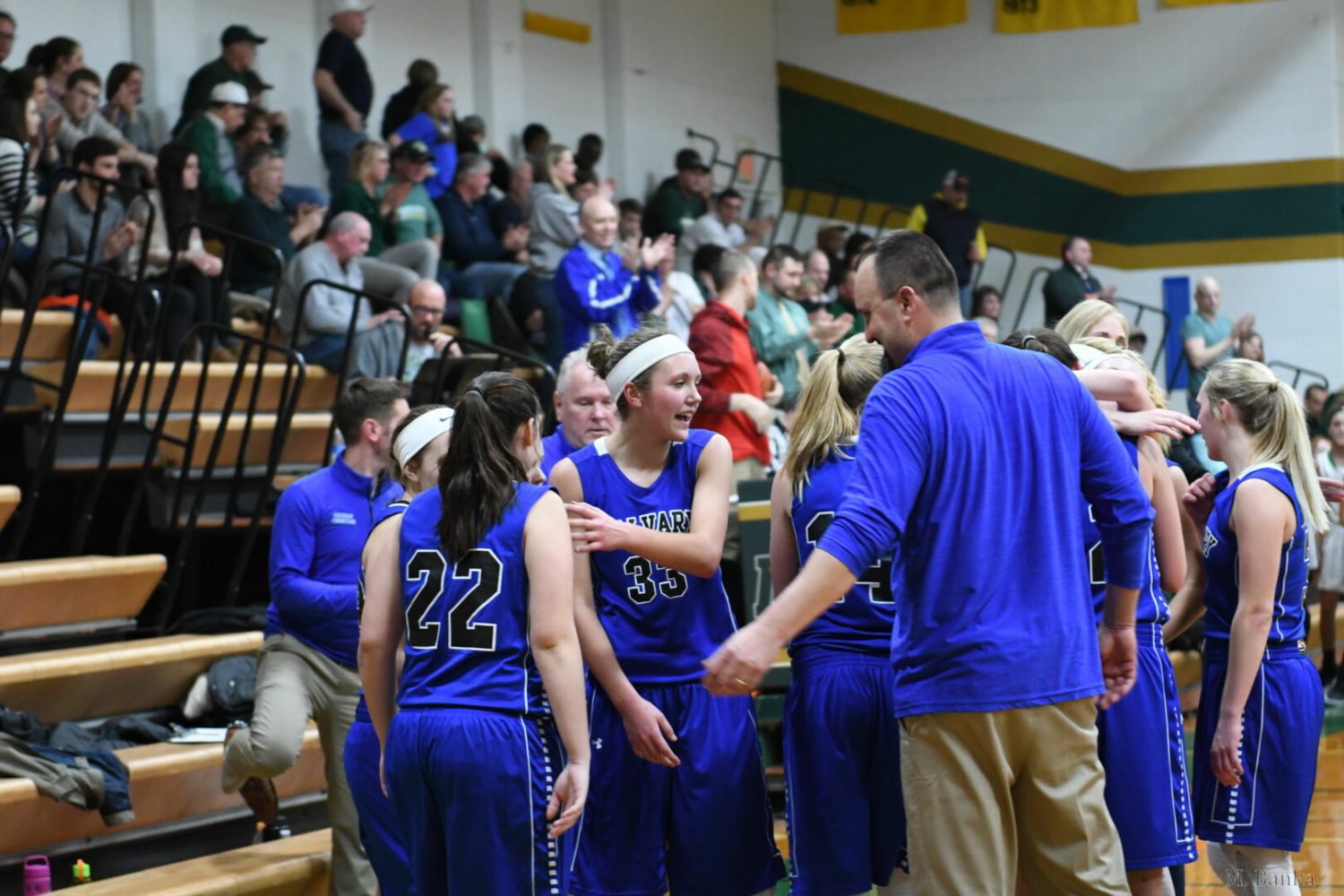 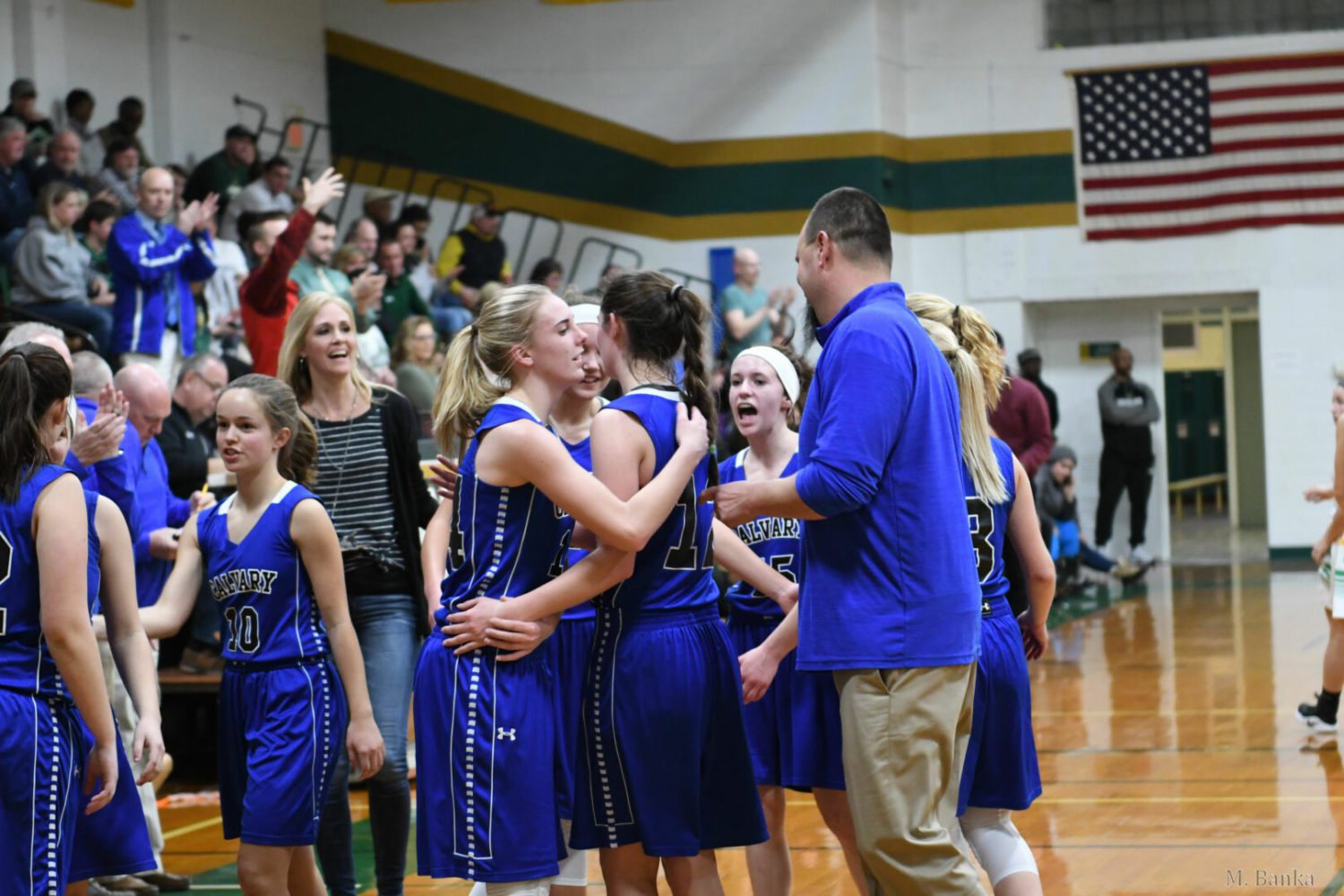 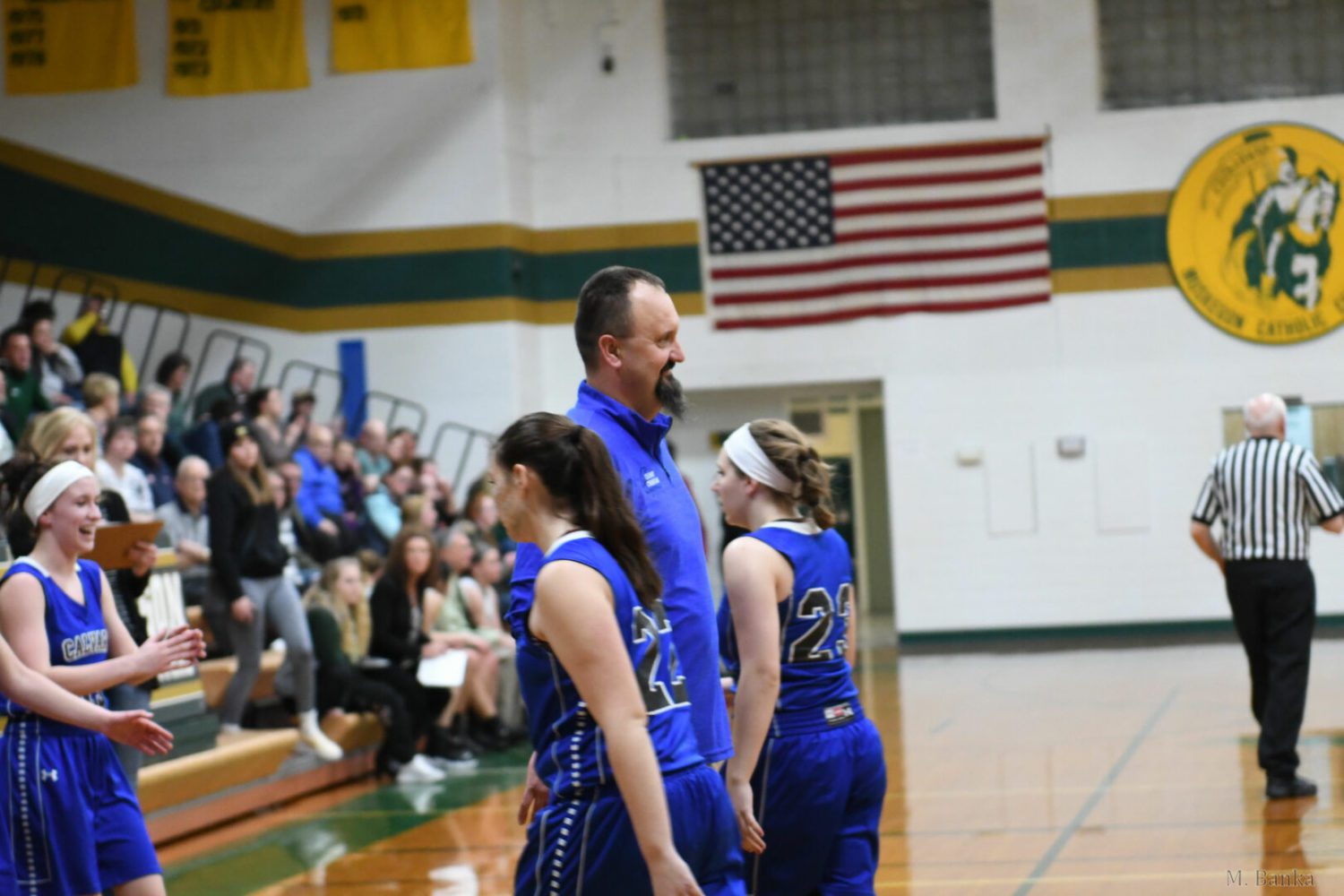 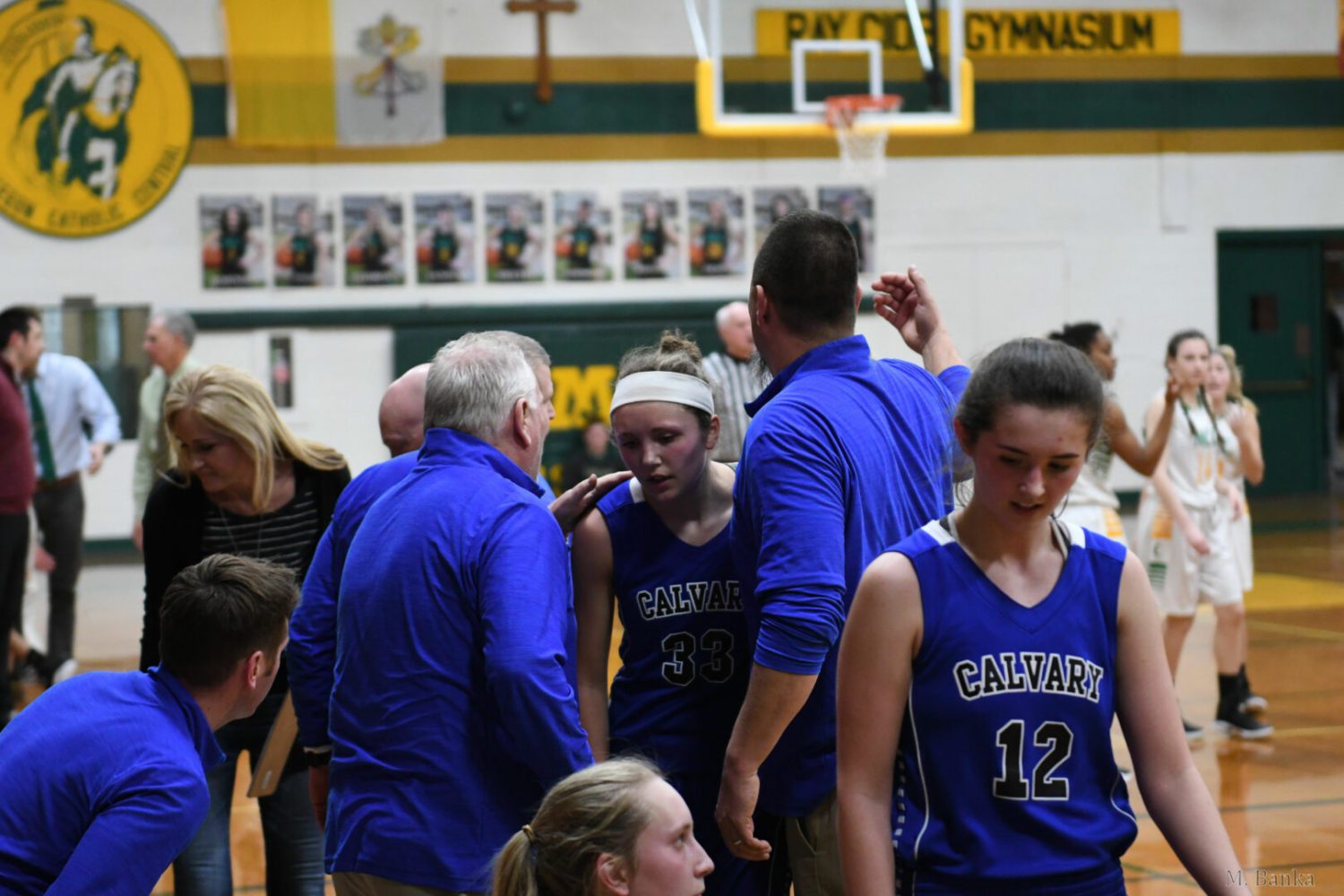 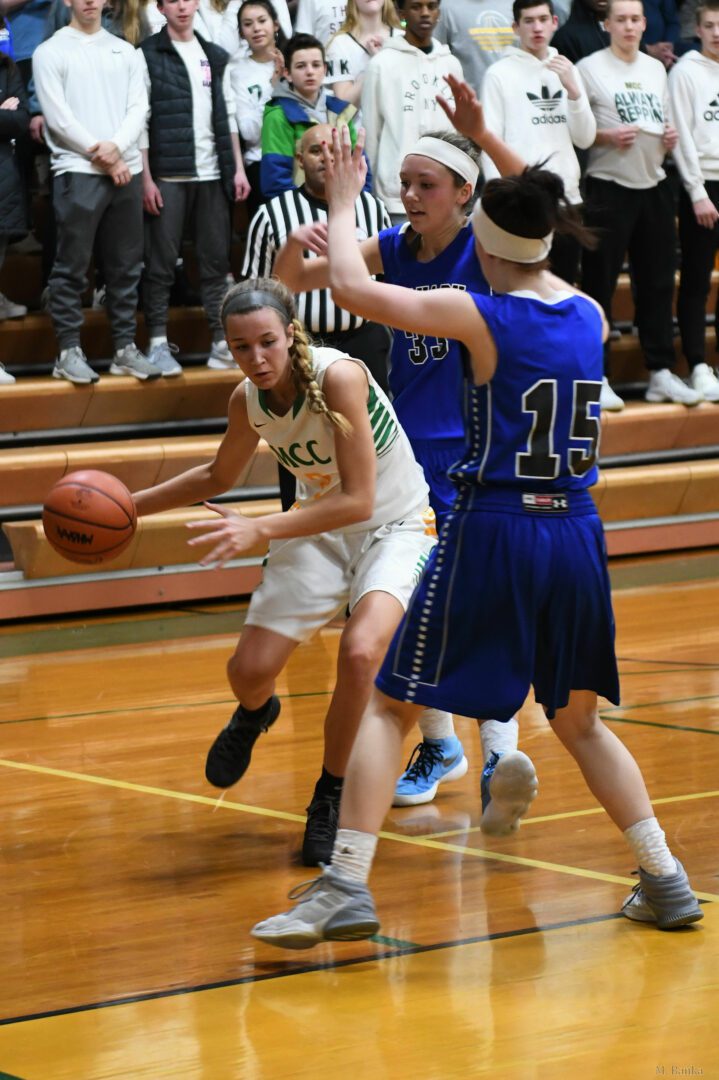 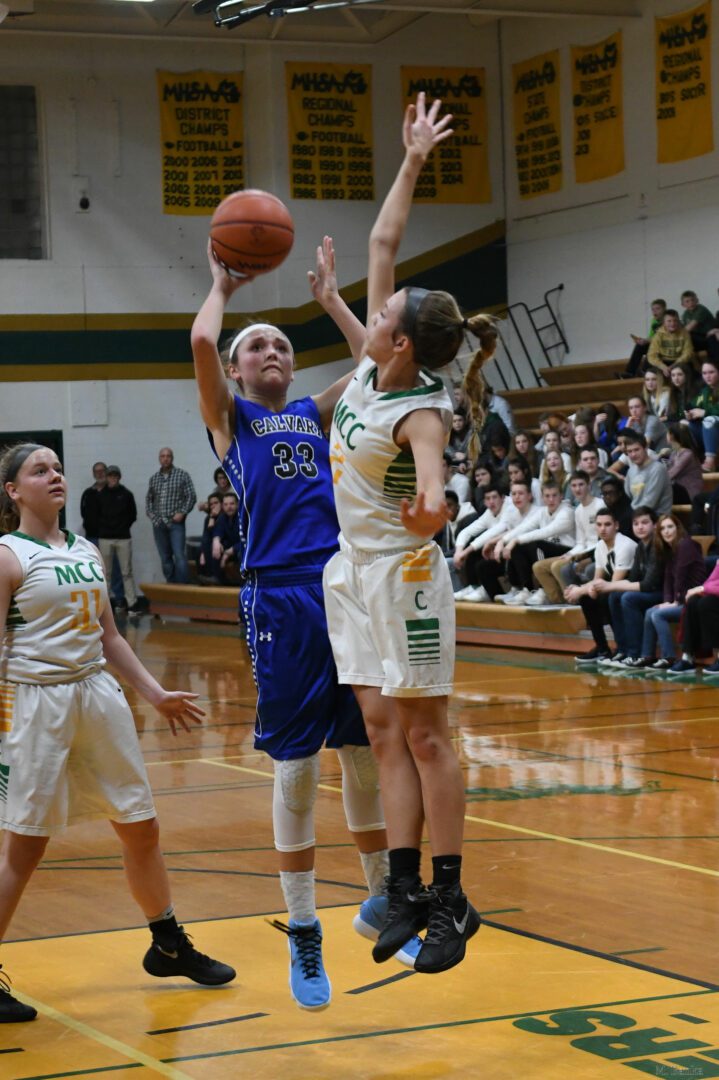 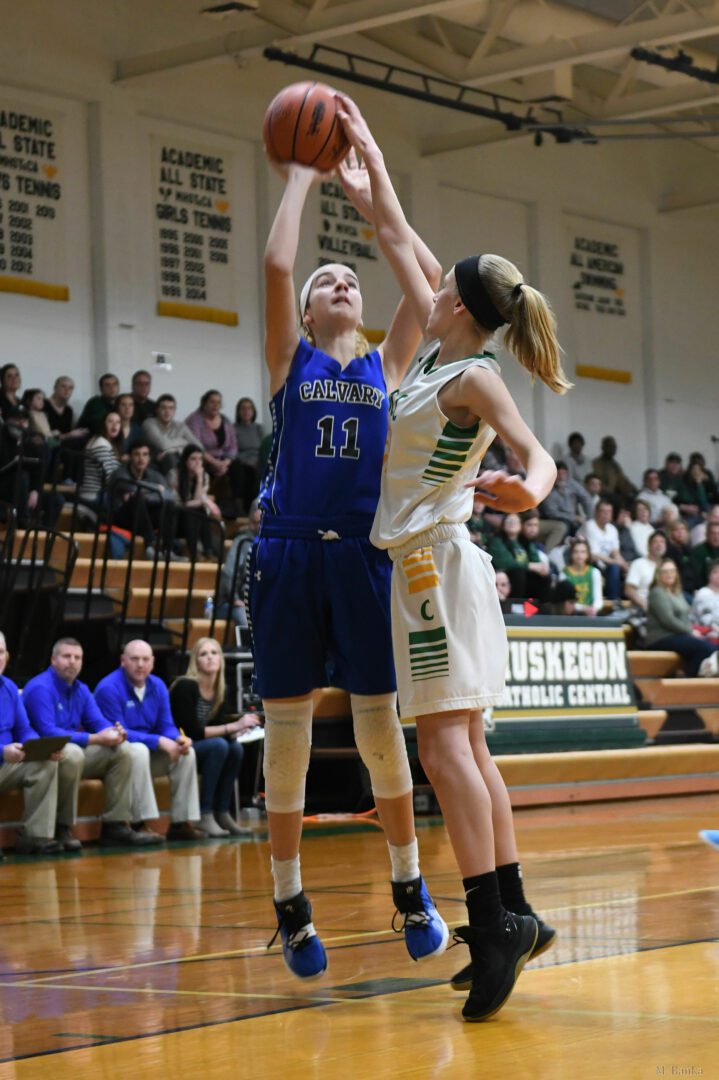 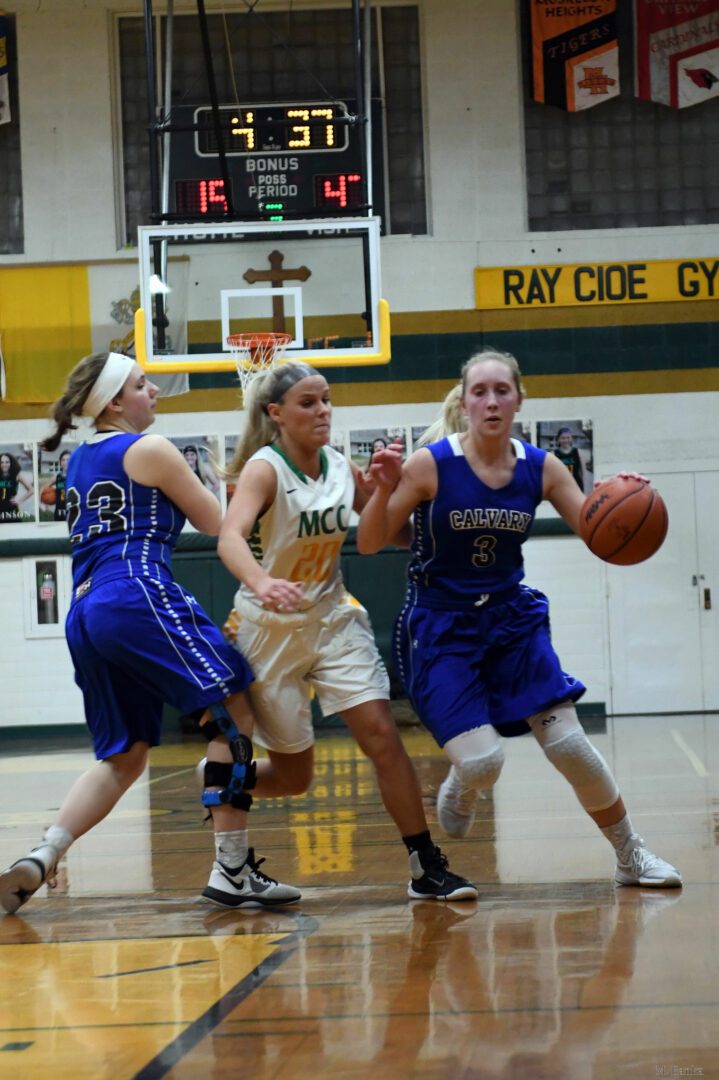 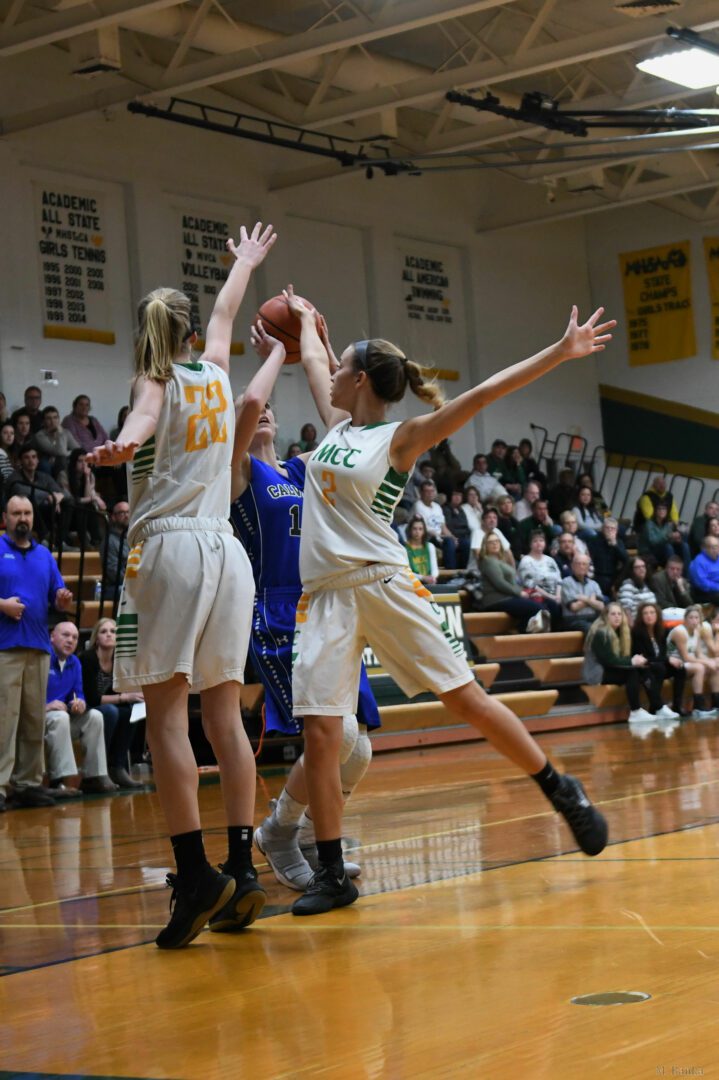 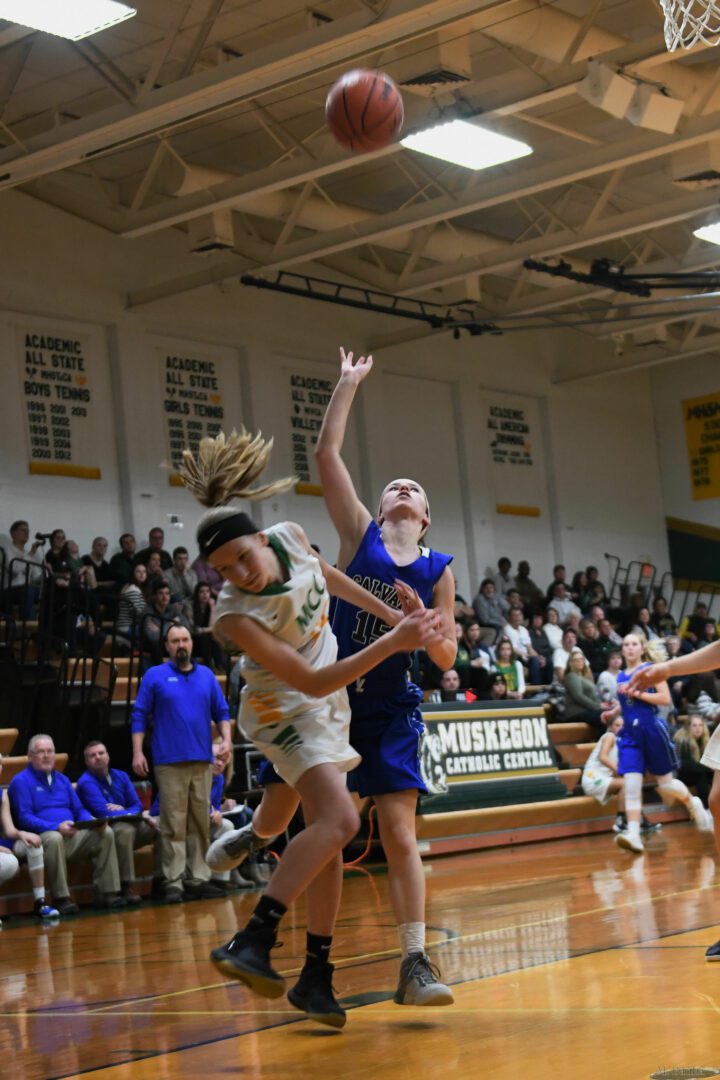 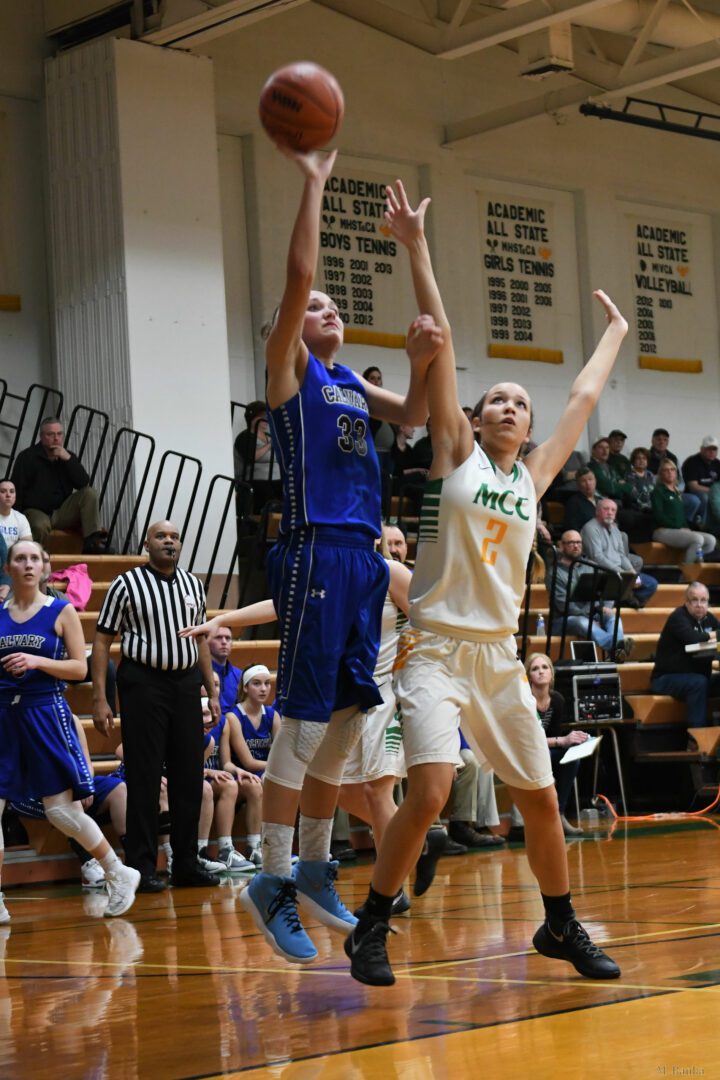 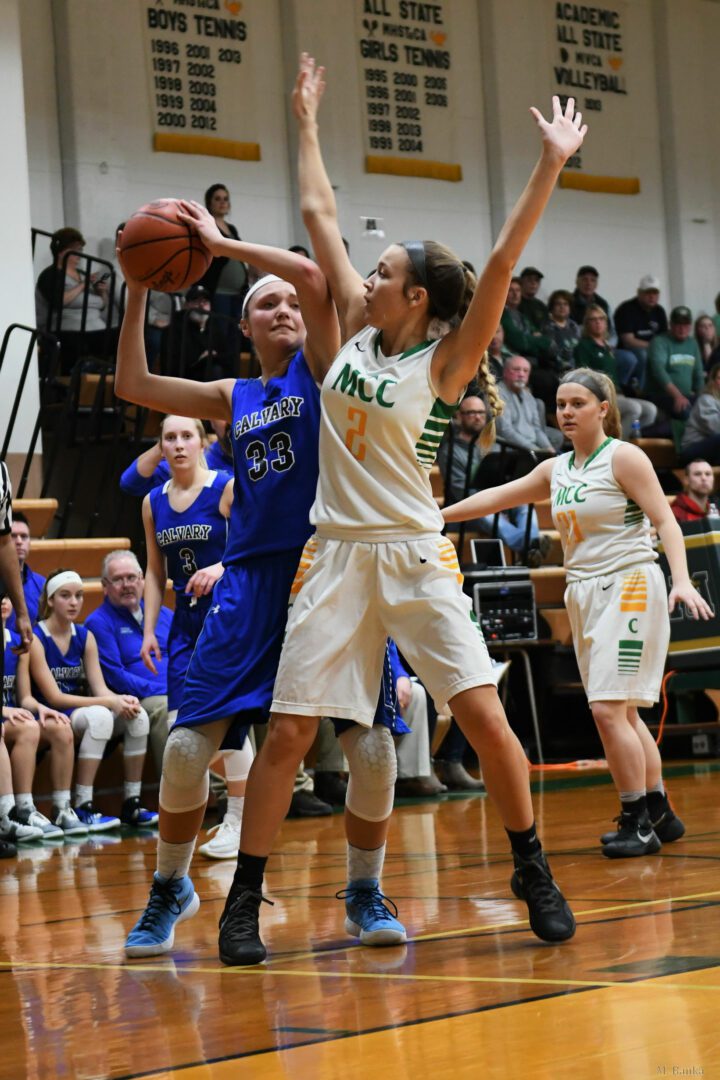 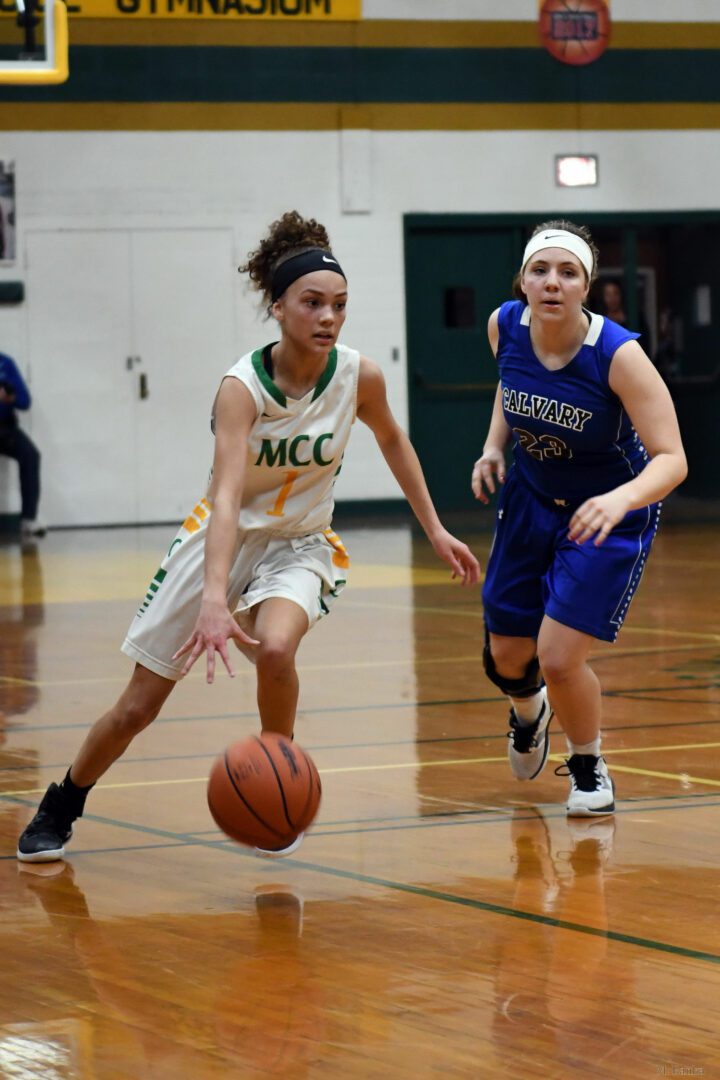 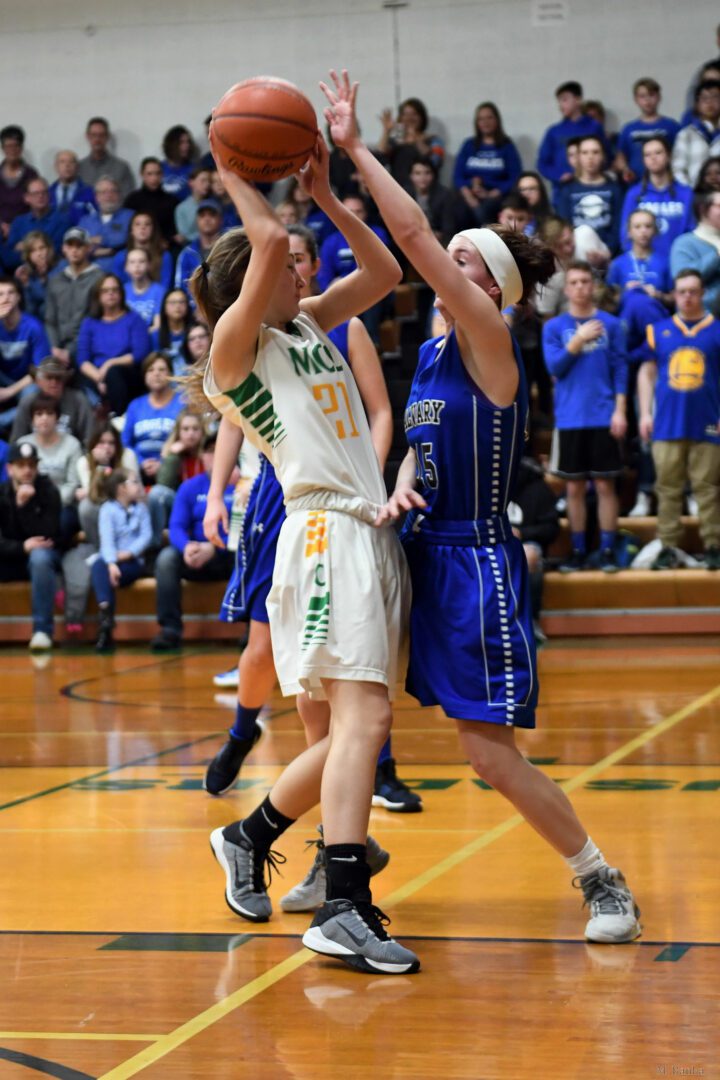