MUSKEGON – The Muskegon Big Reds have Jarvis Walker and the Reeths-Puffer Rockets don’t, which made a

Walker pumped in 32 points, propelling the Big Reds to a 69-59 victory over the Rockets in the Division 1 district championship game at Muskegon’s Redmond-Potter Gymnasium.

It was Muskegon’s seventh district championship in a row. It was also Big Red Coach Keith Guy’s 16th consecutive district title, between Muskegon Heights and Muskegon.

“Jarvis did a great job,” said Guy about Walker, who is only a junior. “He let the game come to him. I thought we got him into his spots and he made big shot after big shot.”

Muskegon, now 20-3 on the season, advances to the Division 1 regional semifinals against East Kentwood on Tuesday at Holland West Ottawa High School. The two teams met up earlier this season on Dec. 27, when Muskegon won 55-53. 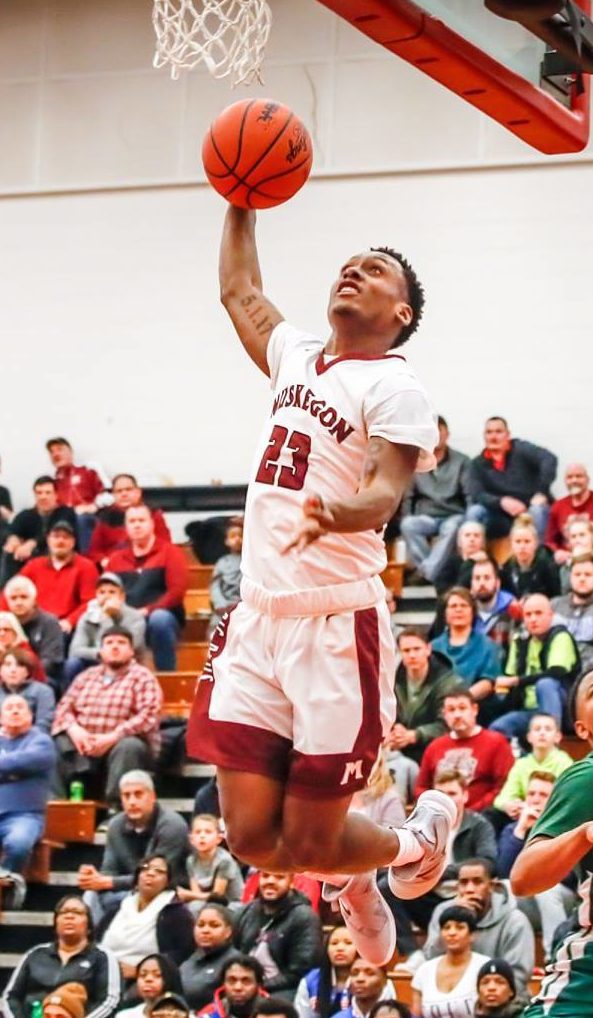 “I think it was so long ago that it probably doesn’t matter,” said Guy about how Muskegon and East Kentwood have changed over the last two months. “Both teams have probably changed so much, and I know we have.”

In the beginning of the game on Friday, it looked as if the Big Reds may run away from the Rockets. Muskegon jumped out to a 16-9 advantage, before R-P’s Carter Fulton hit a triple with 35 seconds left, pulling the Rockets within 16-12.

The Big Reds benefited from being in the bonus in the second quarter, going 11-for-11 from the free throw line and extending their lead to 37-22 at halftime.

Walker went to work in the third quarter, scoring 11 points, but the Rockets still managed to cut their deficit, and the Big Reds led 48-37 at the buzzer.

The Rockets showed even more fight in the fourth quarter, eventually working their deficit down from 51-37 to 54-46 with 3:29 remaining in the game.

“I’m extremely proud,” said Reeths-Puffer head coach Lance Johnson about his team’s effort. “We didn’t give up while being down 15, and you know Muskegon played a great game.”

The Rockets never got closer than eight points over the final remaining 3:29, ultimately ending their season with a 17-6 record.

“They kept fighting,” said Guy about Reeths-Puffer. “Every step of the way we thought we were going to put them away, and they’d come back with their blow. You have to give Lance and their group a lot credit for the way they kept fighting.”

The district title was the first for Walker, who transferred to Muskegon at the start of the school year, and he couldn’t have been happier.

“It feels amazing,” he said. “It’s my first one and it just feels amazing. We’ve put in a lot of hard work and it’s paying off with the district championship. Now we just have to keep going.” 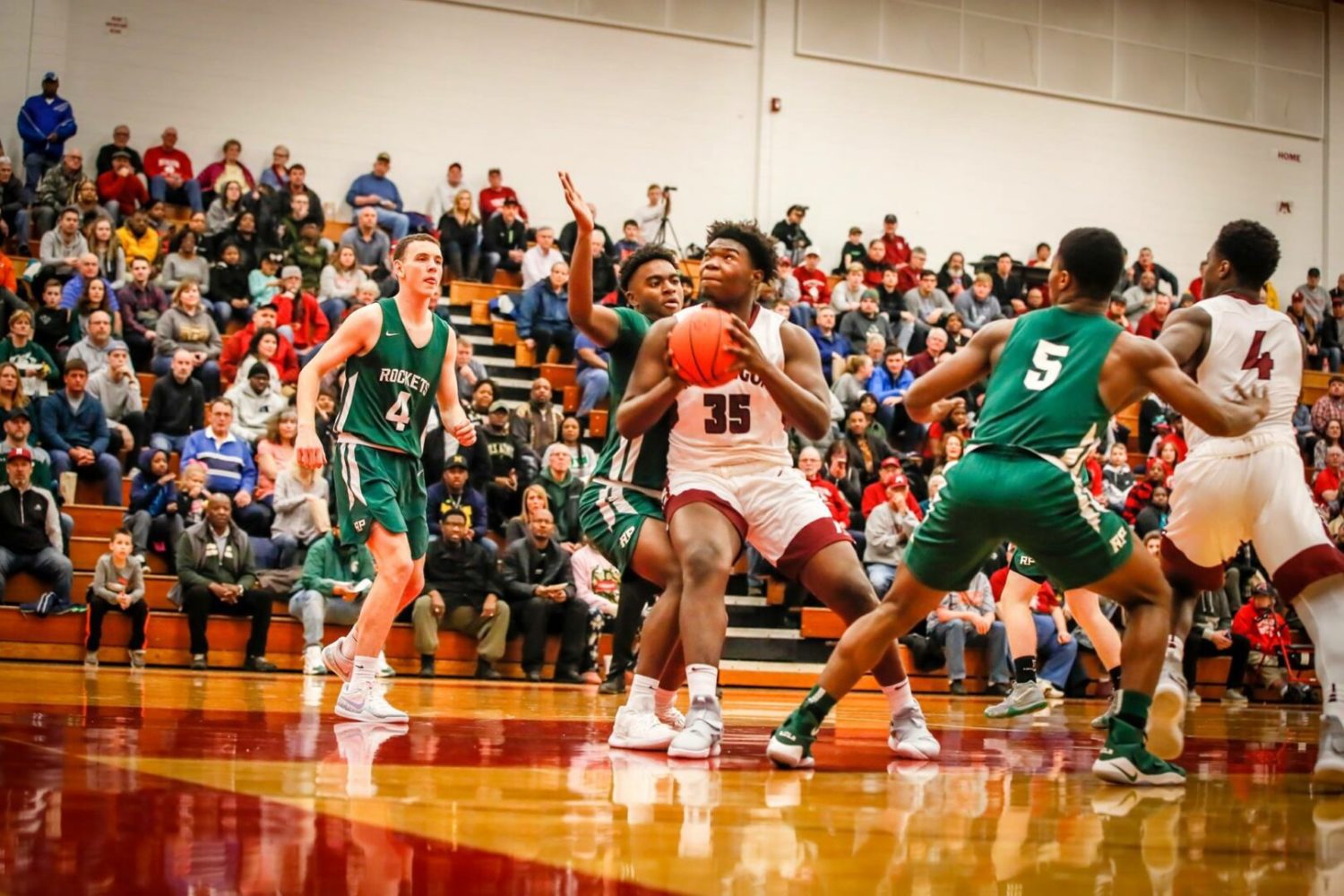 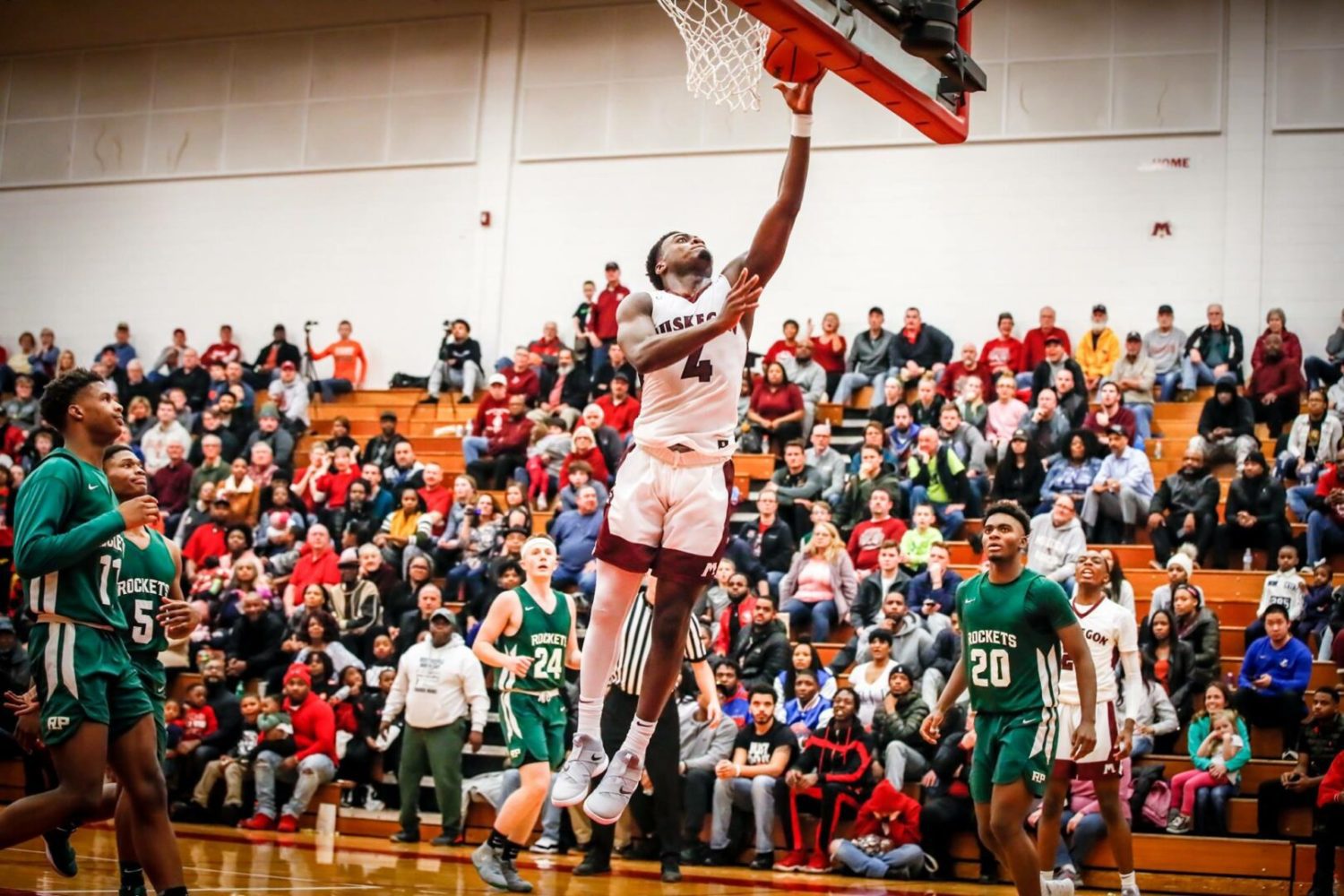 Jarvis Walker gets to the hoop for Muskegon. Photo/Tim Reilly 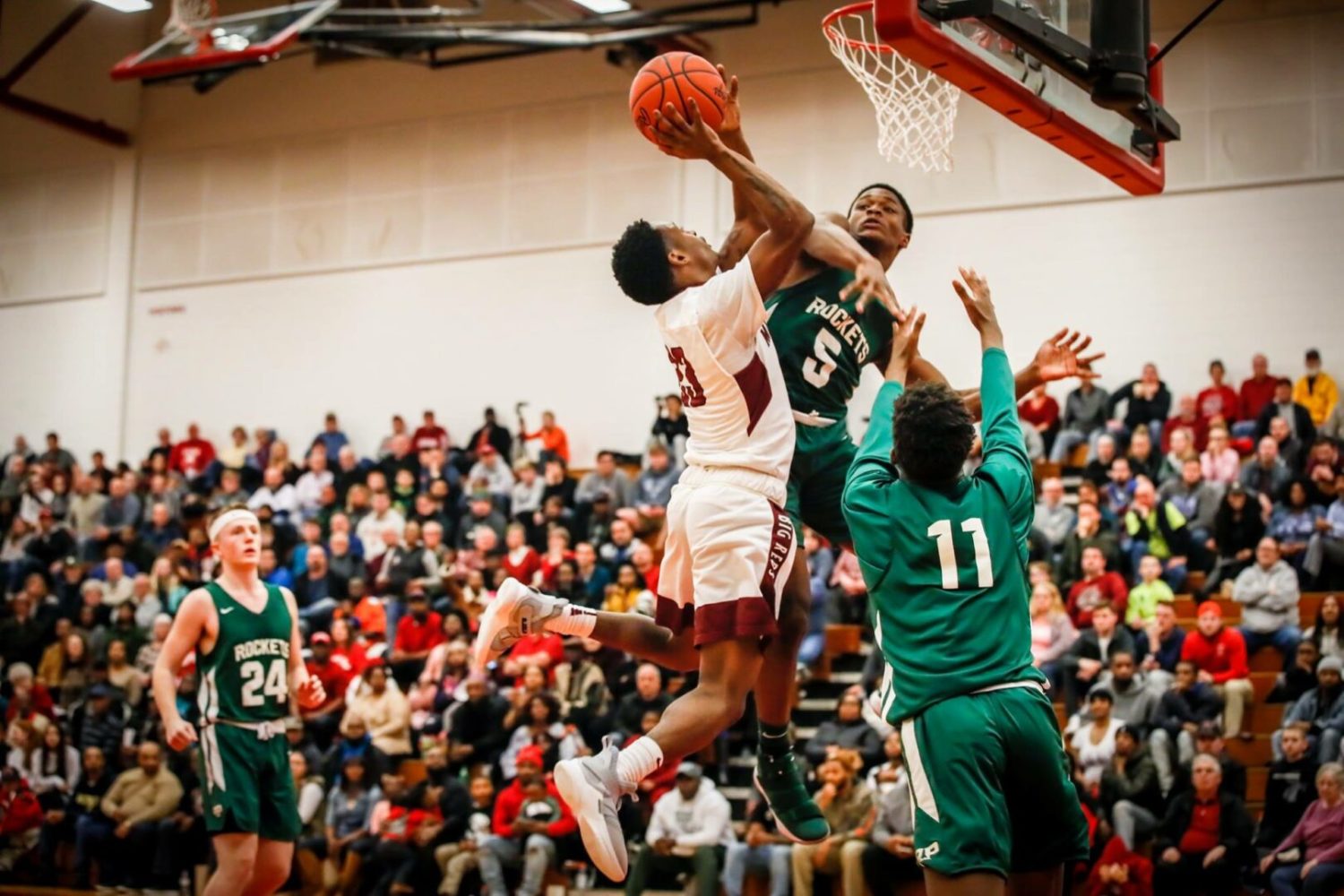 DeAndre Carter gets his shot contested in the lane by Reeths-Puffer’s No. 5 Daven Fox. Photo/Tim Reilly 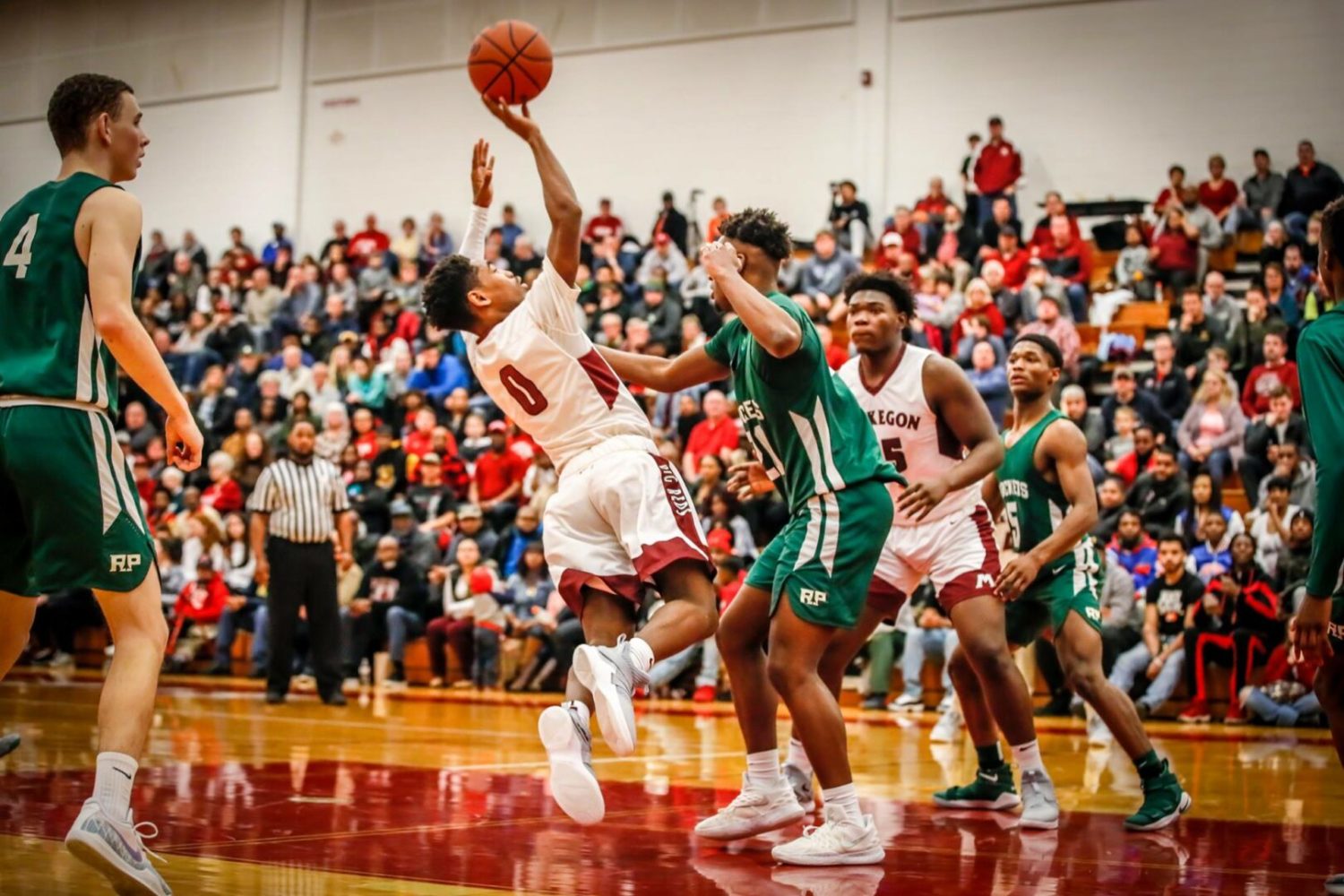 Muskegon’s Vern Nash leans back for the shot in the lane. Photo/Tim Reilly 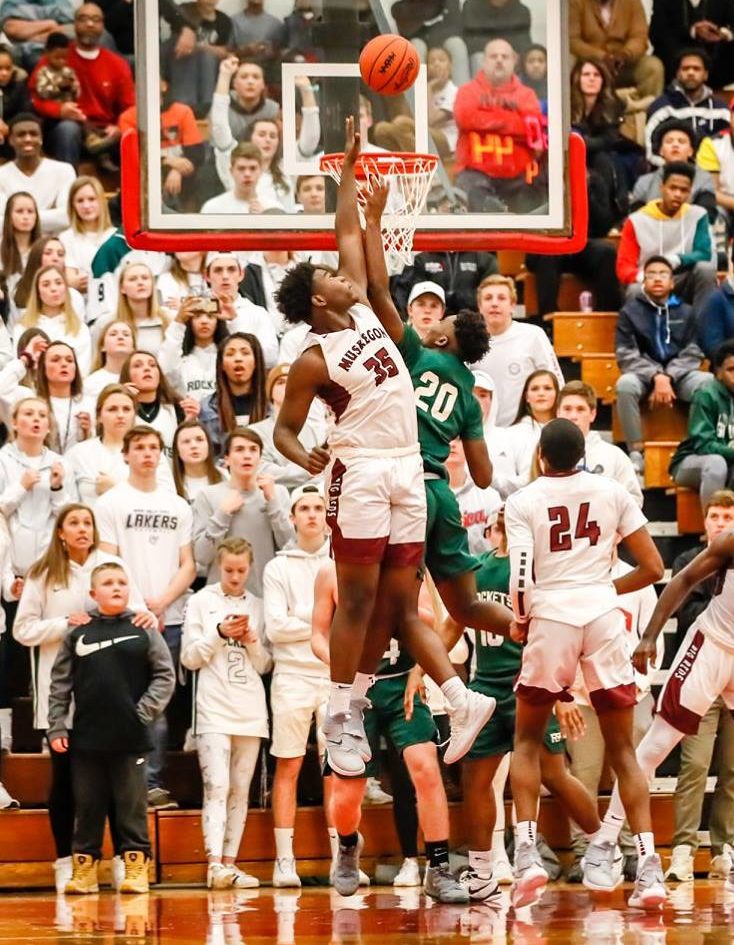 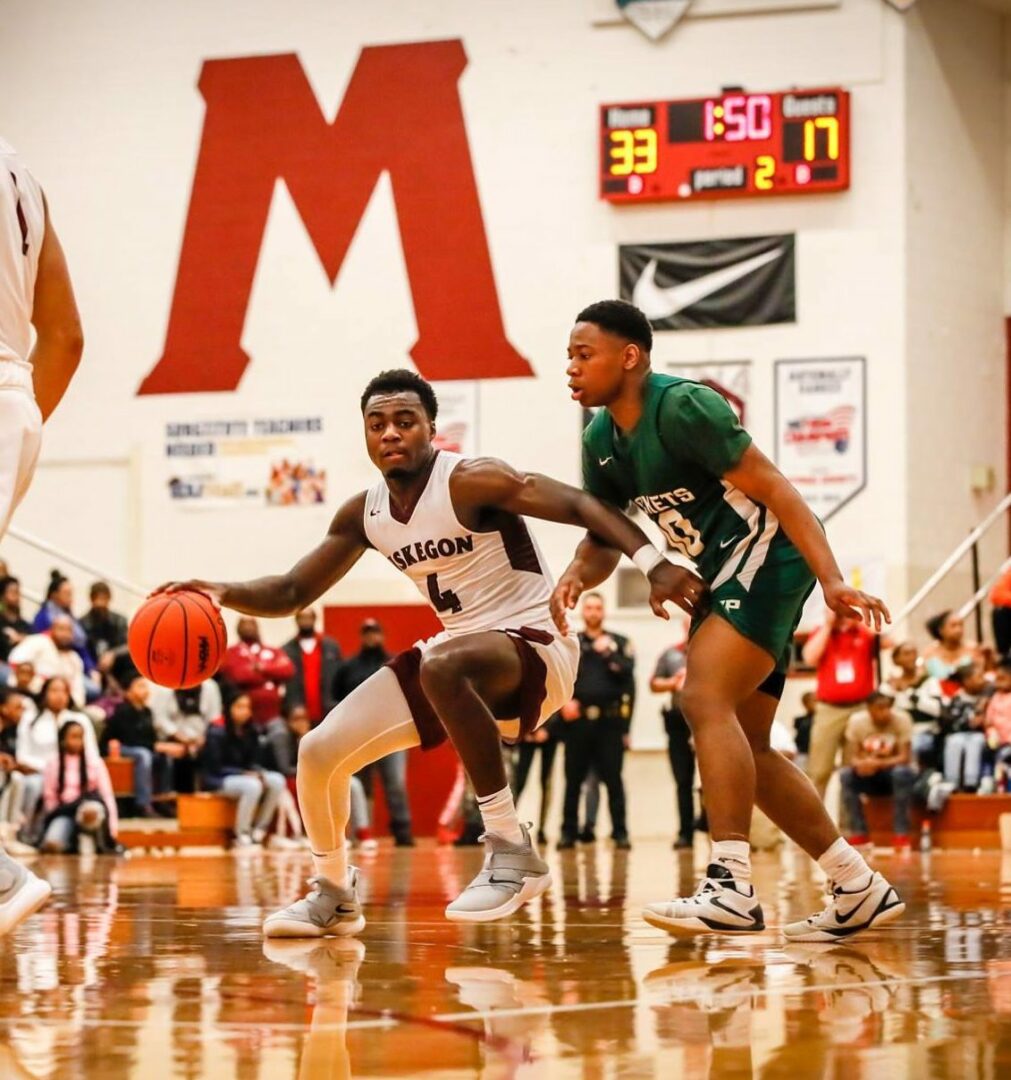 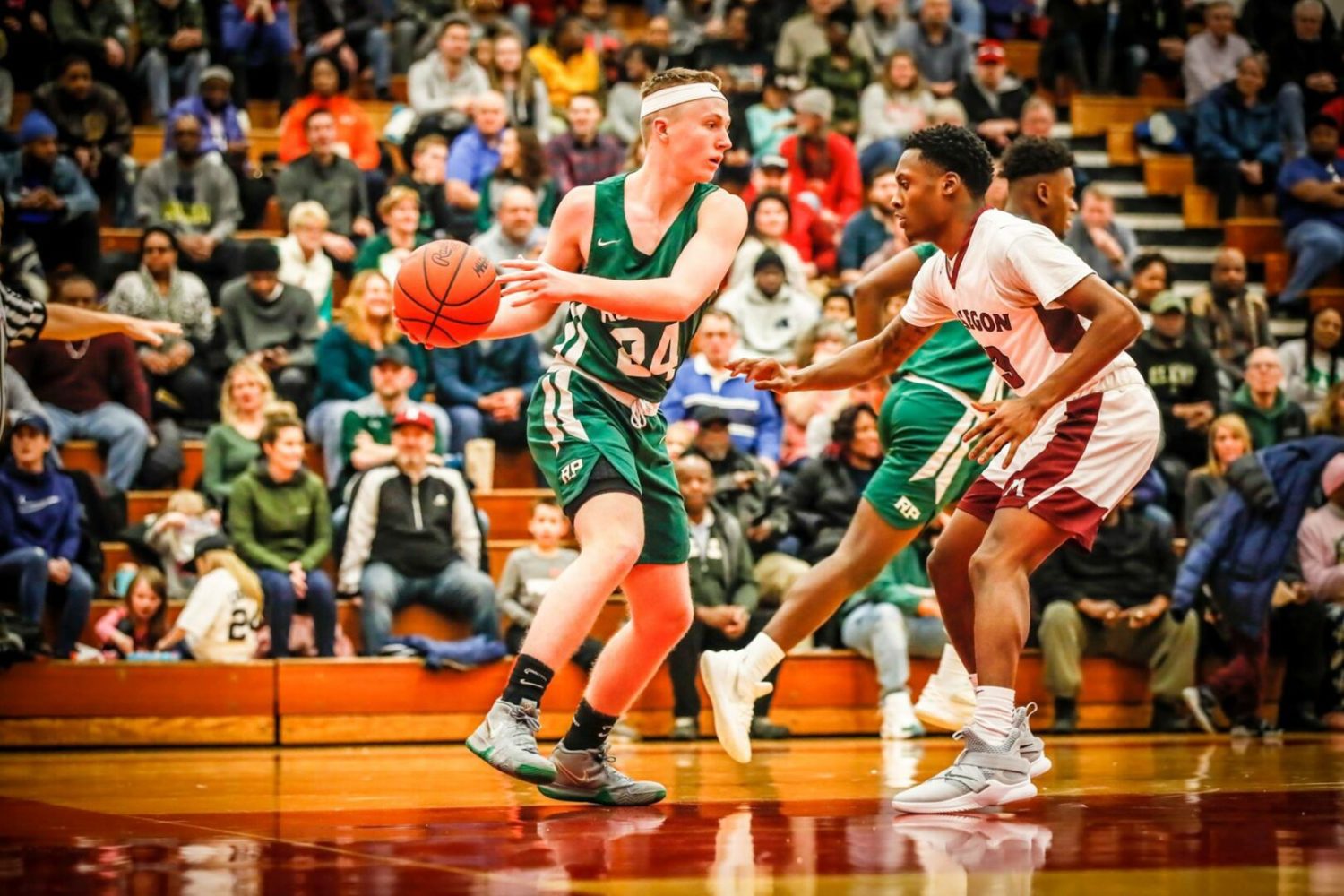 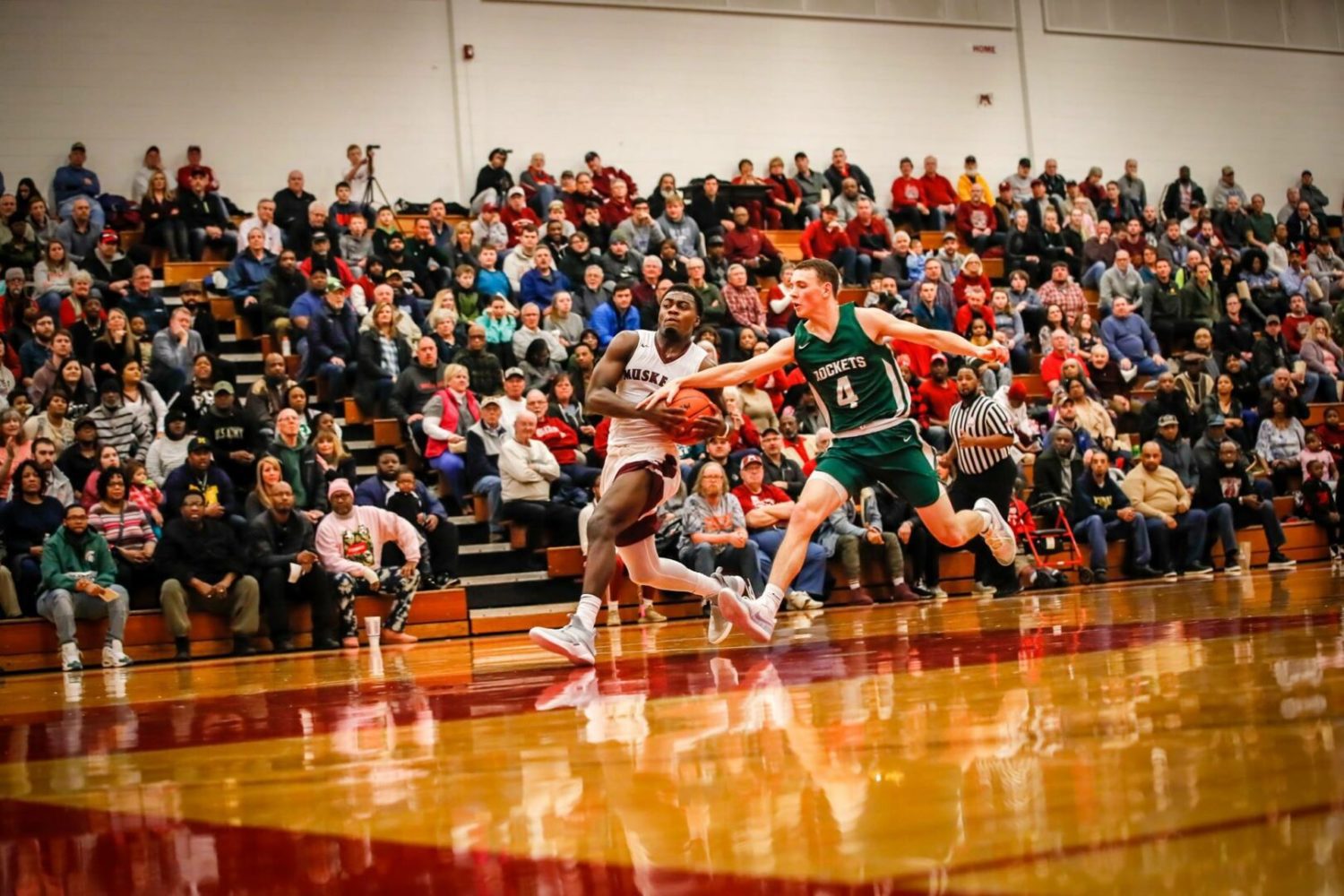 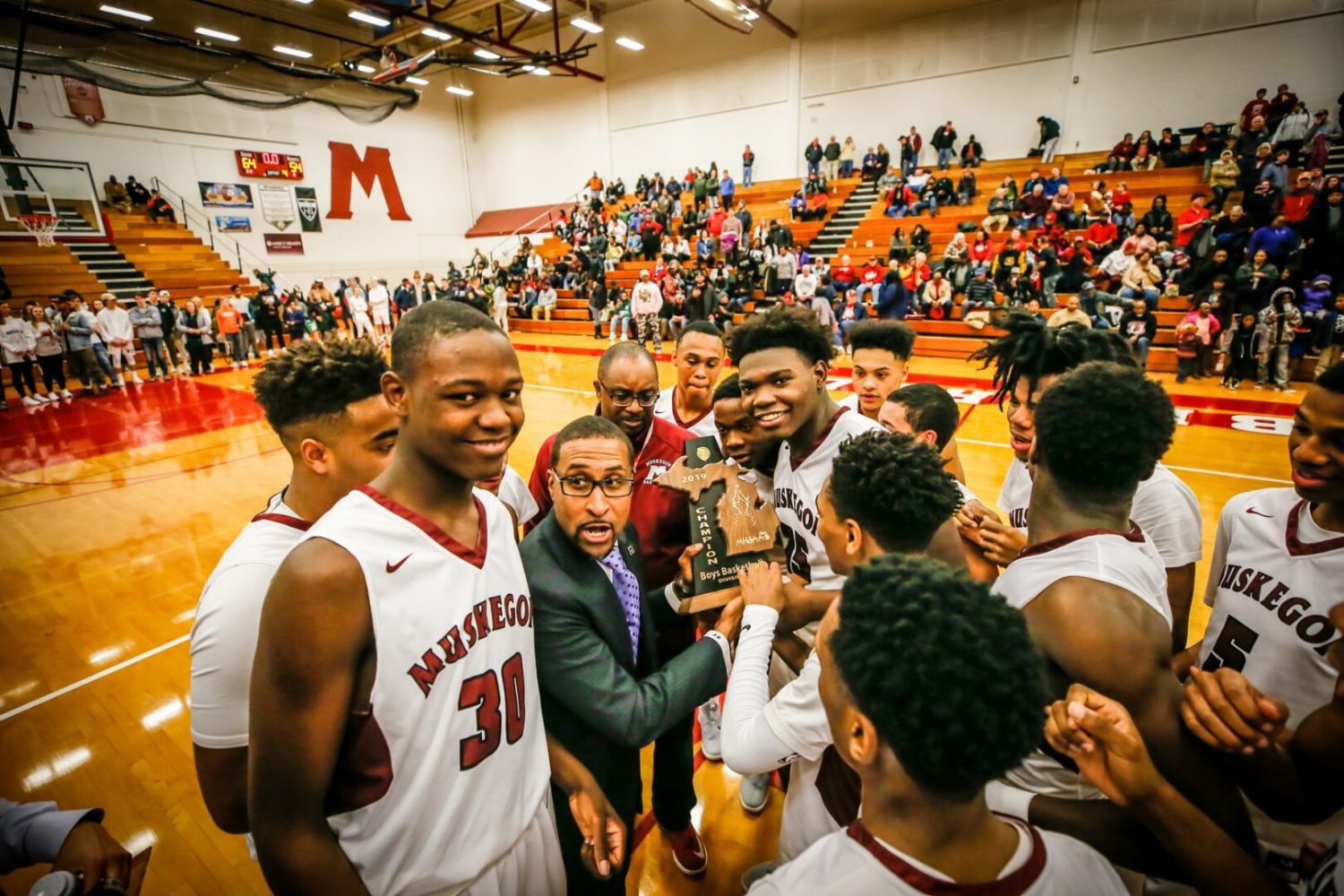 Montague steps on the gas in blowout win over Manistee