Ludington boys, the ultimate underdogs, could be giant-slayers in the Final 4 this weekend

LUDINGTON – Two years ago, everyone was amazed when the Ludington boys basketball team advanced all the

way to the state finals, and the Orioles were coming off a pretty impressive 18-2 regular season.

So basketball junkies around the state must be completely stunned by what the Orioles are doing now.

The Ludington boys struggled through the 2018-19 regular season with a 9-10 mark, and absolutely nobody expected them to go very far in the postseason.

But when districts began, something changed. The Orioles are suddenly very hot, posting five straight victories to once again reach the state Final Four.

Their next challenge will be Friday at 5:30 p.m., when they face Hudsonville Unity Christian in the Division 2 state semifinals at Michigan State University’s Breslin Center. 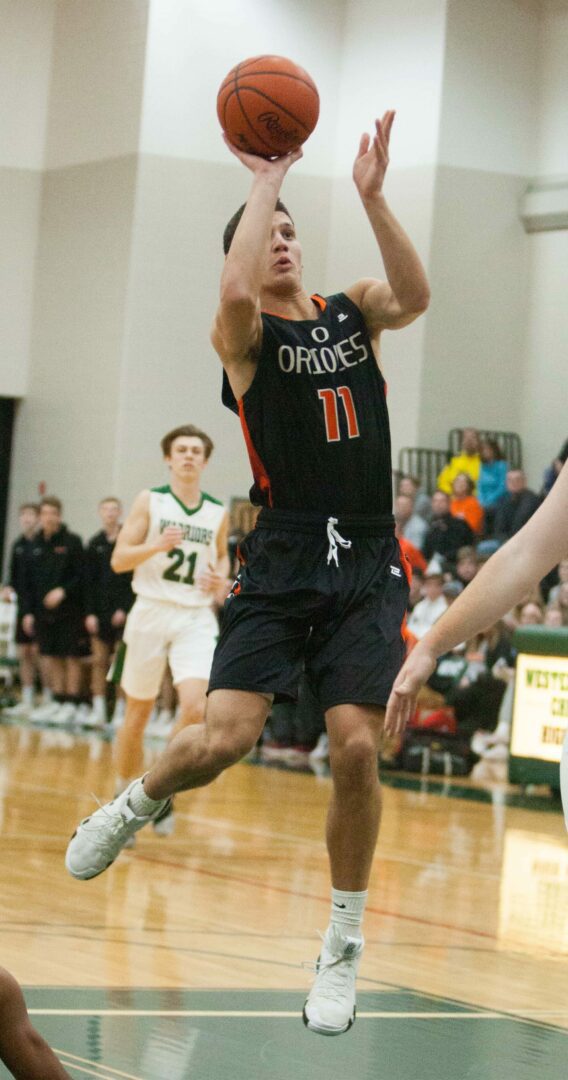 Josh Laman drives the lane for a shot against Western Michigan Christian on Jan. 15. Photo/Jason Goorman

The records suggest that it shouldn’t be much of a contest. Ludington comes in at 14-10, while Unity Christian is 24-2. But the Orioles are clearly not afraid of anyone, and if they pull off another upset, they will win a spot in Saturday’s state championship game against either River Rouge or Harper Woods Chandler Park.

River Rouge has 22 wins while Chandler Park is undefeated with 21.

“I think we’re just playing with a lot of confidence right now, with a little bit of a swagger,” said longtime Ludington Coach Thad Shank, whose team lost to New Haven in the state finals in 2017. “We’ve got nothing to lose. When you’re 9-10 and people doubt you, you can either close up shop and quit on the whole thing, or you can play with that nothing-to-lose attitude. That’s what we’ve been doing.”

In their regional tournament at Cadillac High School, they downed Sterling Standish 50-40 in the semifinals, then beat Escanaba 49-32 in the finals.

The Orioles’ latest tournament victory was an amazingly easy 65-32 win over Alma on Tuesday night in the state quarterfinals at Mount Pleasant High School. The Panthers entered the game with only three losses on the season, and seemed like solid favorites.

But Alma learned, like everyone else, that Ludington is a very dangerous opponent at tournament time.

The Orioles have used a combination of factors to advance to the Final Four yet again – their usual lockdown defense, and the sudden emergence of a pretty potent offensive attack.

The defensive part is no surprise, because that’s always been Ludington’s specialty under Shank. They may not score very much sometimes, but they rarely let their opponents light up the scoreboard, either.

“We take pride on the defensive end,” Shank said. “If you come to our practices, you will be able to tell right away that’s number one. 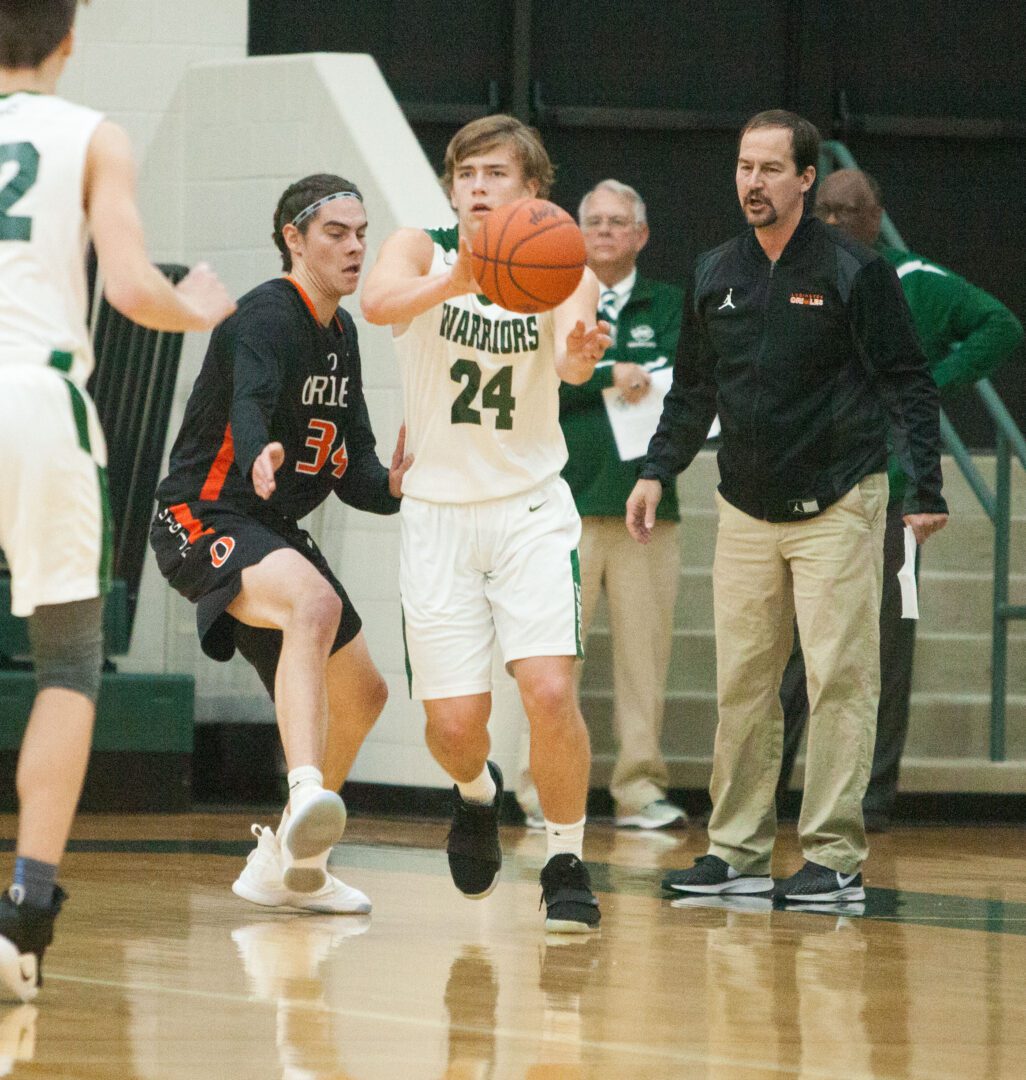 “I think you have to play to your personnel. Last year we were not quite so aggressive defensively, because we didn’t have quite the same personnel. Two years ago, we were ultra, ultra aggressive. This year’s kids have very good length and athleticism, and they are competitive kids. We’ve not only been able to keep people from scoring, but we’re getting more offense from the defense than we did a year ago.”

The emergence of the offense has been more surprising.

Senior Josh Laman, who gained statewide acclaim as a sophomore in 2017 for hitting a buzzer-beating triple in overtime in the state semifinals, has been a steady scoring presence. He has recorded 16, 14, 12, 14 and 15 points in the five tournament victories.

He was the only player to average double-figure scoring in the regular season. The second highest average on the team was around seven points per game.

But others have recently gotten into the act, as well. Just two examples are senior Nathan Lange, who had a career-high 19 points in the regional finals against Escanaba, and junior Riley Calhoun, who scored all eight of his points in the third quarter of the regional opener against Sterling-Standish, sparking a 14-2 run that put the Orioles in control.

“Nate Lange is playing the best basketball of his career right now,” Shank said. “He struggled with perimeter shots earlier in the year, but if you leave him open right now, he’s pretty automatic.”

Ludington’s offense was most impressive on Tuesday against Alma, when the Orioles put up 65 points with red-hot 61 percent shooting, including 10 three-pointers.

“We don’t have the ability to be really successful shooting the basketball quick and playing a high-tempo style,” Shank said. “We’ve got to be able to get the shot we want every possession. It took us awhile to embrace the fact that we’re going to have to share the basketball and execute on the offensive end. If we do that, we’re more likely to get shots we can make.

“When you see the ball go in the basket a few times, that helps your confidence and mentality a great deal. There were times during the regular season when we got some pretty good looks but had just a heck of a time putting the ball in. When you have those issues, it has a tendency to cripple you in other areas, as well.”