MUSKEGON – For two periods on Friday night, it looked like the Muskegon Lumberjacks were well on their way to

getting something they very much needed – a confidence-building win against a quality opponent.

Instead they collapsed in the third period, blowing a two-goal lead and suffering a deflating 5-3 loss to the Waterloo Black Hawks at L.C. Walker Arena.

By losing, the Lumberjacks missed their first chance to make team history. A victory would have set a new franchise record for victories and points in the standings in one season. 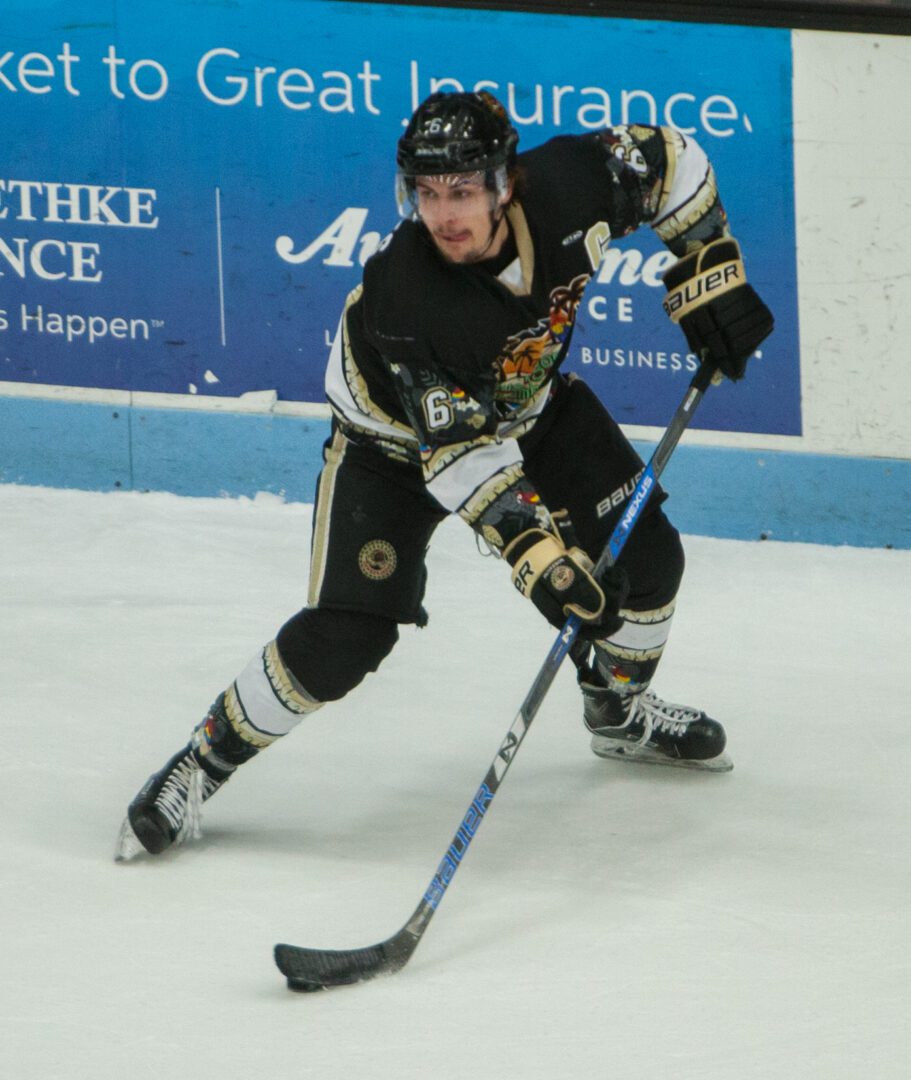 They will almost certainly reach those benchmarks in their remaining regular-season games. But at the moment, setting team records may be the farthest thing from the Lumberjacks’ minds.

With Friday’s defeat, they ended a five-game home stand with a disappointing 2-3 record. In March they are 3-5-1.

With the Clark Cup playoffs just a few weeks away, the Jacks seem to be tanking a bit at the wrong time.

“We definitely left some points on the table, there is no doubt about that,” said Lumberjacks coach Mike Hamilton, whose team remains in first place in the USHL Eastern Conference with a 37-16-4 record. “I thought guys played hard, but we made some brutal mistakes during the third period.

“At the end of the day we played two solid periods of hockey, and the third period was on us. Some guys just need to buy in and play stronger defensively, and we will have to learn from it.”

The Lumberjacks expected to be tested by Waterloo, the second-place team in the Western Conference and the third best in the overall USHL standings, behind Tri-City and Muskegon.

They handled the challenge very well, at least for two periods.

Alex Yakovenko found the net at the 5:55 mark of the first period, and the Jacks led 1-0. Waterloo’s Kyle Haskins tied things up with a goal at 13:34, but the Jacks went ahead 2-1 when Ryan Savage scored with about a minute left in the period. 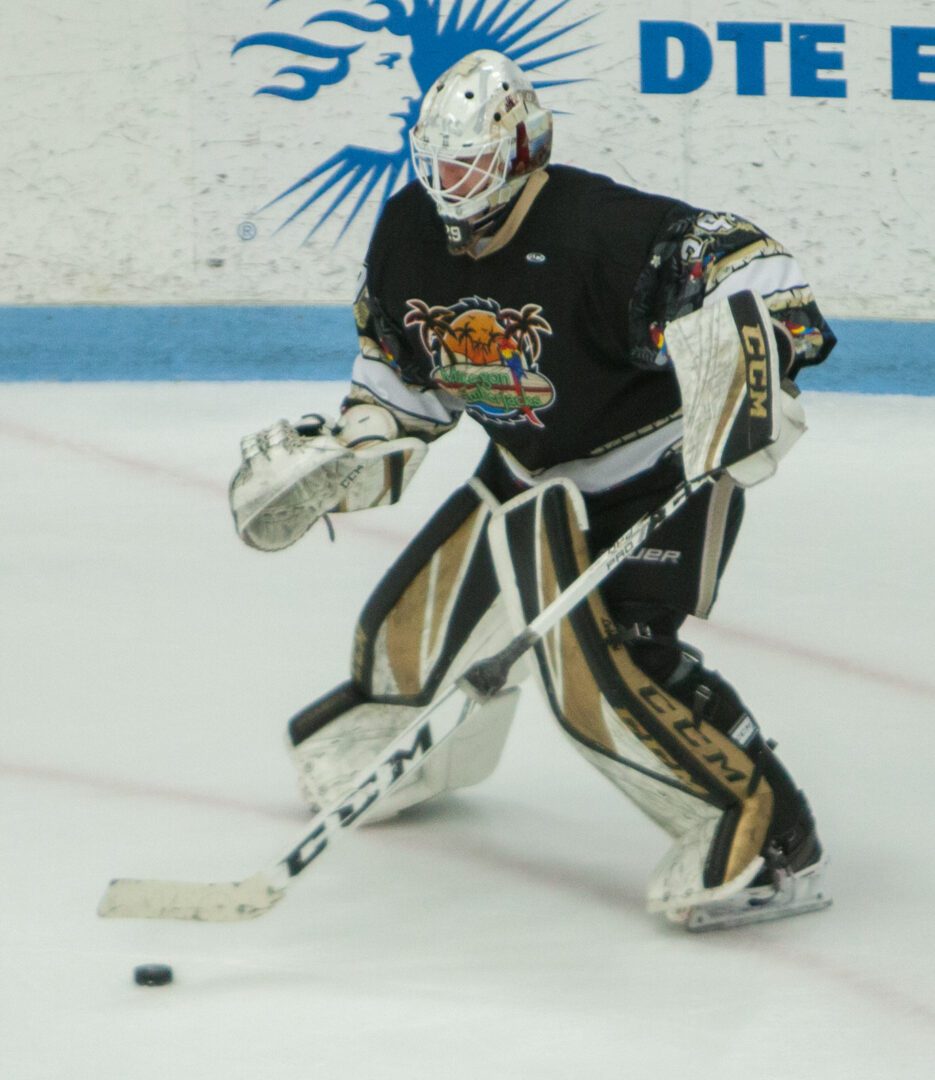 Savage scored the only goal of the second period, finding the net on a well-executed play that developed with a series of quick passes, from Oliver MacDonald to Max Ellis, and Ellis to Savage.

Muskegon led 3-1 heading into the third, and seemed to be in control.

The Jacks gave Waterloo plenty of power-play opportunities in the game, but their penalty killing unit was excellent, holding the Black Hawks scoreless in seven opportunities. The Jacks were getting more shots on goal, and finished with a 38-32 edge in that department.

Muskegon goalie Brandon Bussi was making a lot of tough saves, including three during a scary 32 seconds in the second period when Waterloo had a two-skater advantage.

But the roof still collapsed in the disastrous third period, when Waterloo collected four unanswered goals to steal the victory in front of the stunned Muskegon crowd.

Suddenly a good game became a nightmare, and the Lumberjacks were left to figure out what happened, and try to get back on track in their remaining five regular-season games.

“It could be a deflator if you allow it, but we get a chance to rebound tomorrow on the road,” Hamilton said. “Guys will have a chance to elevate their game.

“We are trying to right the ship, and I thought we did everything right this week, but that was a tough one, no doubt about it.” 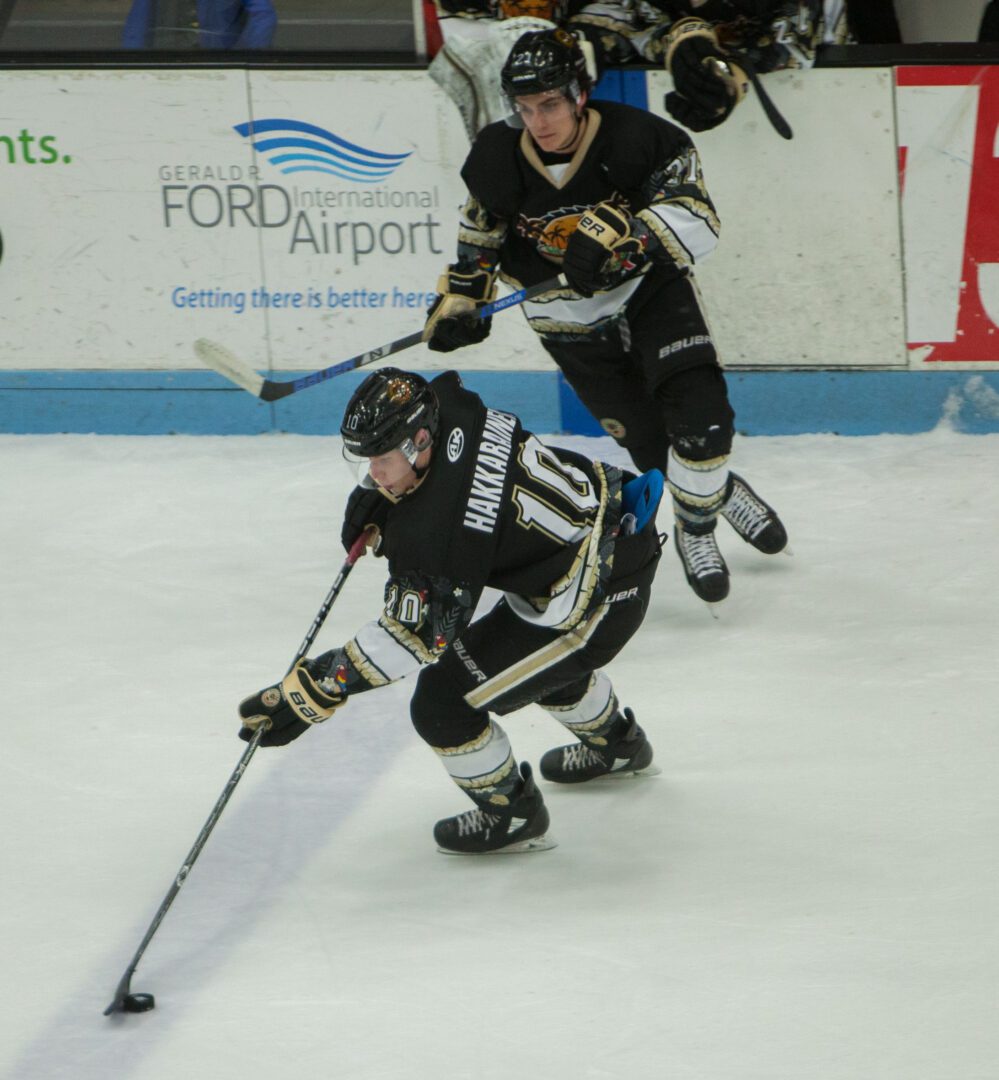 Mikael Hakkarainen gets ready to take the puck across the blue line while No. 21 Ryan Savage watches. Photo/Jason Goorman 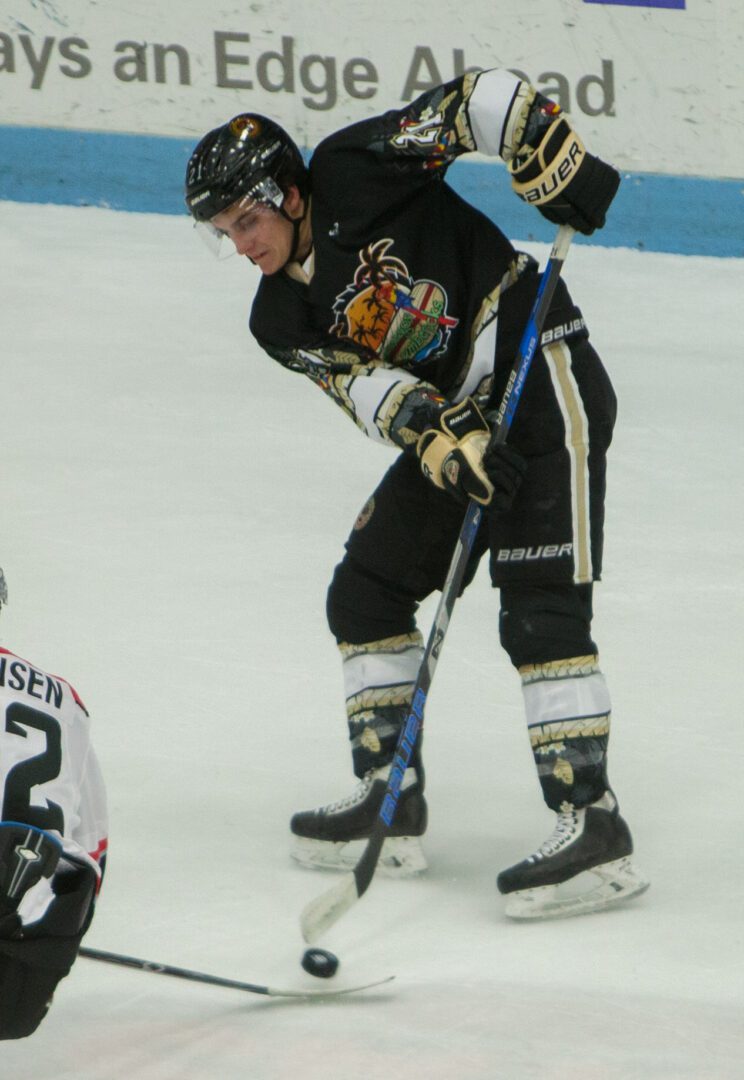 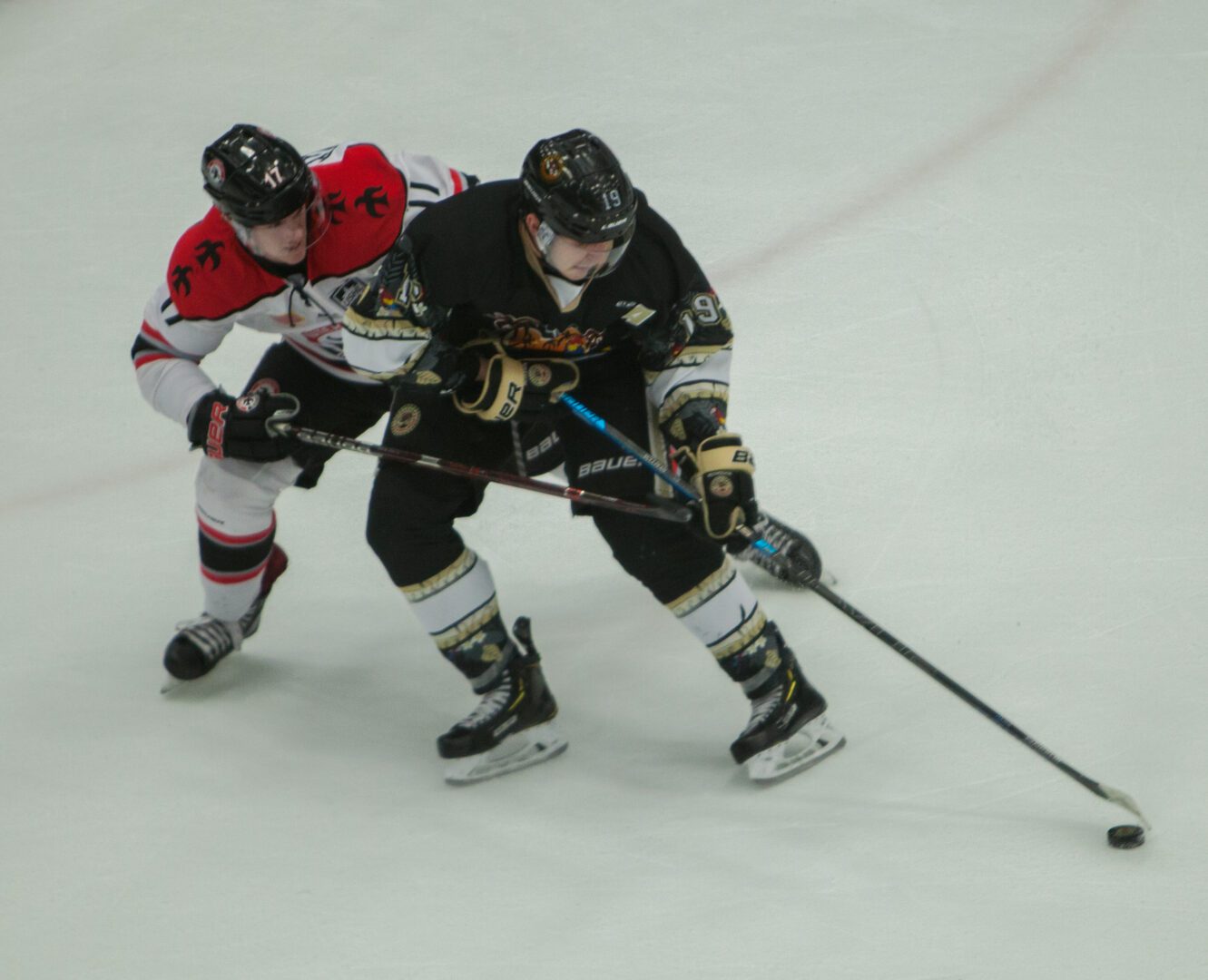 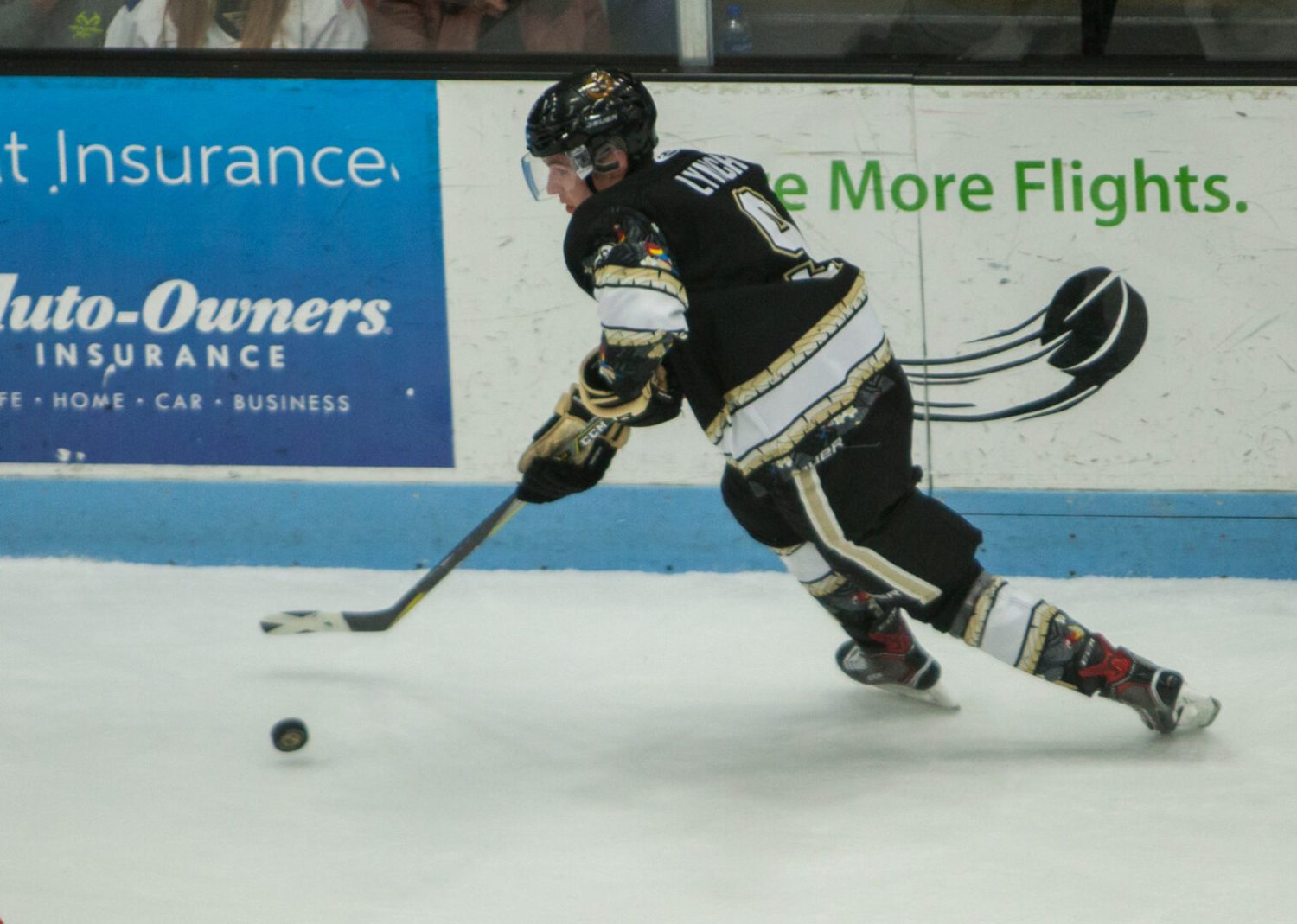 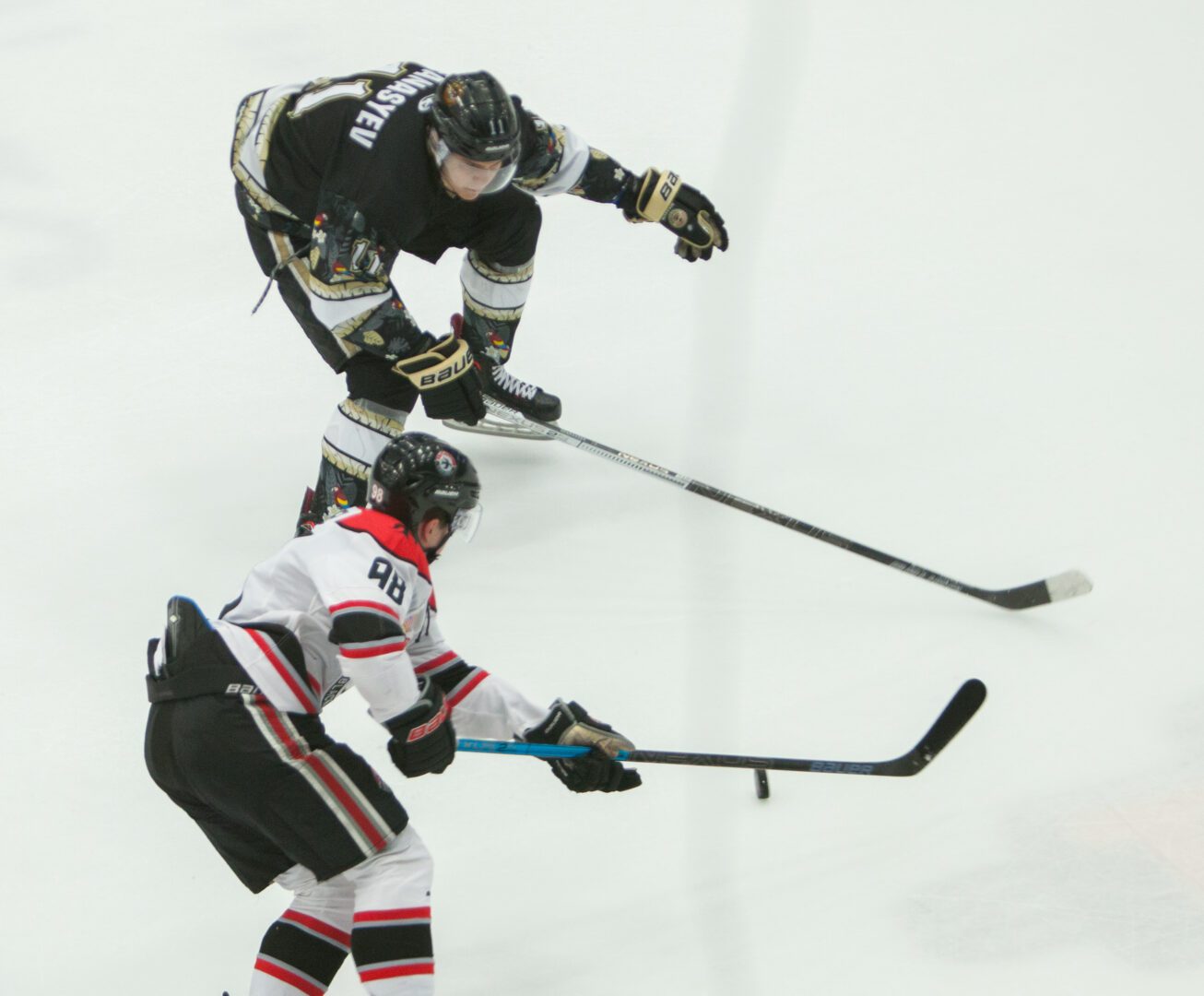 Muskegon’s Ego Afanasyev looks to get his stick in front of Waterloo’s No. 98 Matej Blumel. Photo/Jason Goorman 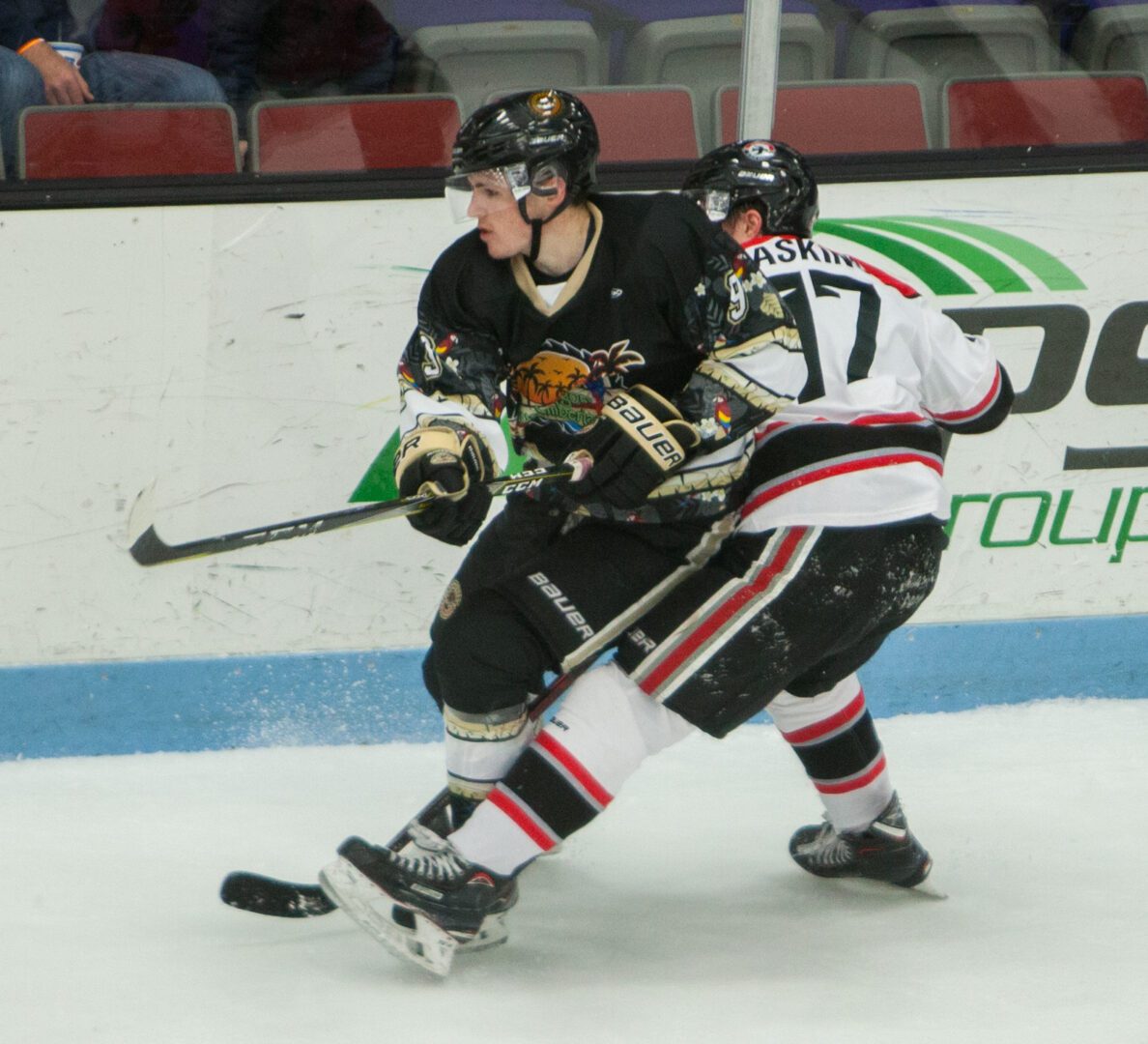 Bobby Lunch gets to the puck before Waterloo’s No. 17 Kyle Haskins. Photo/Jason Goorman