MUSKEGON TOWNSHIP – It was only March 1 on Friday, but the madness hit Orchard View High School

The home-team Cardinals were deadlocked with Spring Lake as time was running down in their Division 2 district championship game.

But Edmari Mitchell settled the issue when he hit a layup with 2.1 seconds left, giving OV a thrilling 55-53 victory, its first district championship since 1995, and a gymnasium full of happy fans.

Cardinals Coach Nick Bronsema not only credited his team for the win, but also the community that supported the team all season.

“The community has been such a great source of energy for this team,” Bronsema said. “Even when we went on a bit of a losing streak, the fans stuck behind us, and I think that was one of the biggest lifts this team got throughout the year.” 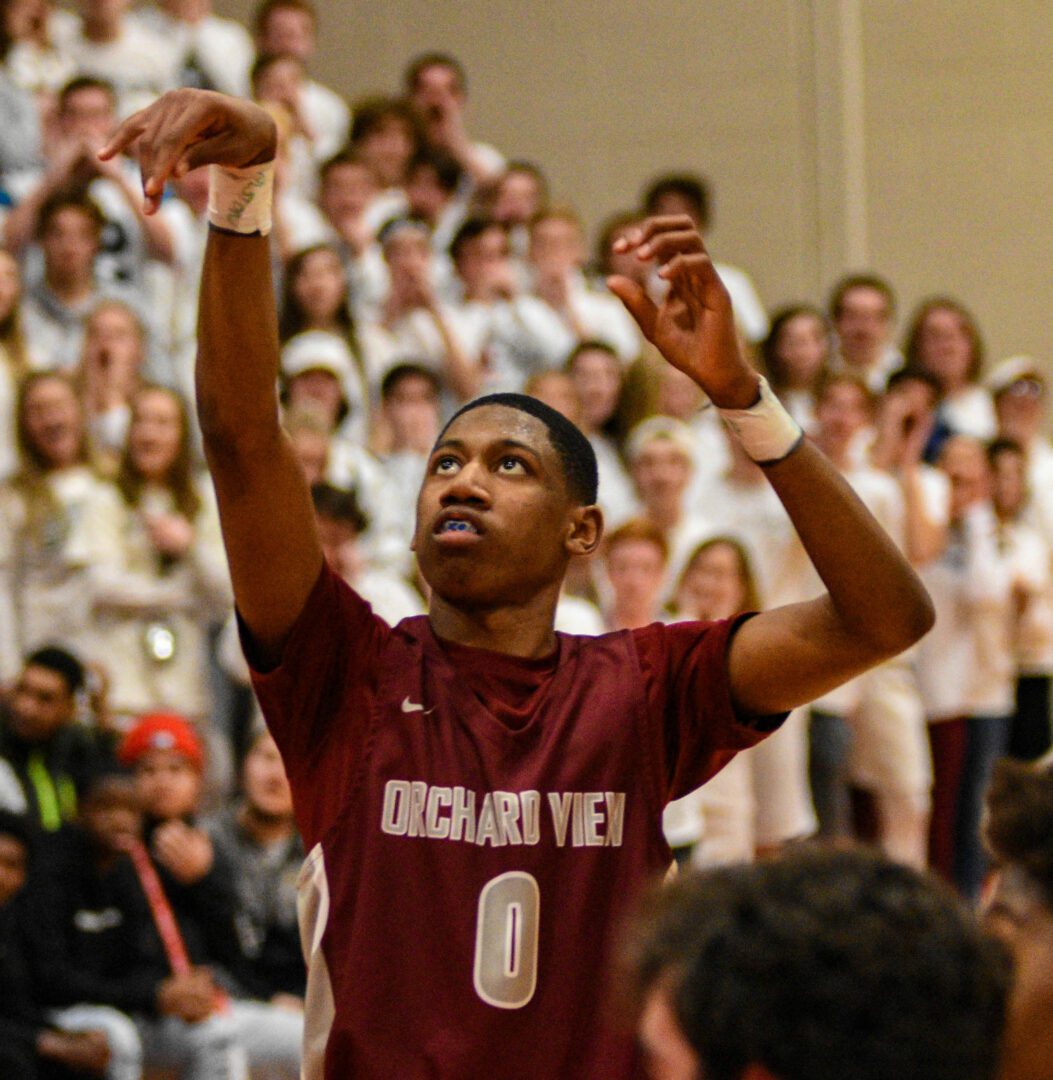 The game proved to be a showdown between two big scorers – Spring Lake’s Sam Negan and Orchard View’s Ke’ontae Barnes. Negan won the point battle, 33-27, but the Cardinals got the trophy.

It was a back-and-forth first quarter, with Negen and Barnes going bucket for bucket with eight and seven points respectfully, and the Cardinals had a 15-10 lead at the first buzzer.

The game stayed close for awhile, with the Cardinals leading 20-15 midway through the second quarter, before Barnes knocked down four 3-pointers to lead OV on a 15-9 run.

“After I hit my first one, I felt like I was in a rhythm, and my coaches and teammates told me to keep shooting, so I did and it worked out,” said Barnes, who hit six triples and had 19 points in the first half.

The Lakers didn’t shy away from the fight in the second half. Negen took control of the game for a while, scoring 12 points in the third, and Spring Lake rebounded to take a 43-42 lead heading into the fourth.

“We talked at halftime about how this isn’t just a team, it’s a program,” Bronsema said about Spring Lake, a longtime area power. “We saw them come back on Oakridge a couple nights ago, and knew they had it in them. We just came out a little sluggish in the quarter.”

Neither team grabbed the upper hand in the fourth until Barnes connected on a three with two minutes left to give the Cardinals a 51-50 lead. 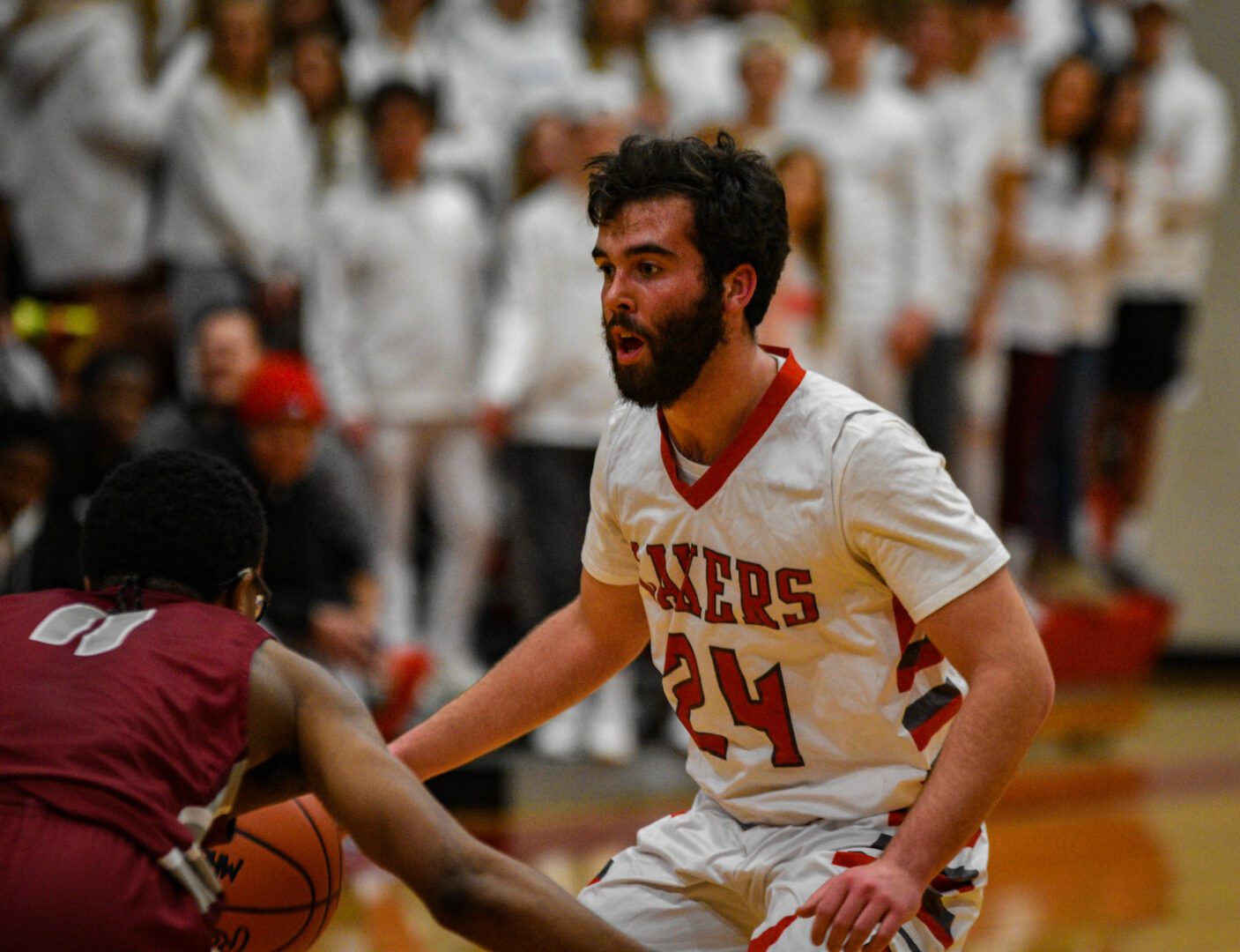 After two free throws from Barnes extended the lead to 53-50, Negen knocked down a three to tie the game up at 53-53 with 42 seconds left.

That led to the final heroics.

With 10 seconds left, Barnes drove the lane and the ball was tipped out of his hands. He was able to recover it, swing a pass between three defenders and Mitchell in the paint. Mitchell made the easy layup with 2.1 seconds left to give the Cardinals their margin of victory.

“I knew when I drove the lane they would come up on me,” Barnes said. “When they did I saw Edmari and knew I could get the pass to him, and I did.”

A half-court shot from Spring Lake’s Lucas Lyyski was blocked at the buzzer and the Cardinals held on for the win.

Bronsema thinks his team will be in a great mindset for the challenge.

“You know, I loved what (Reeths-Puffer sophomore) Caleb Mitchelson said the other day, to be the best you’ve got to beat the best,”  the coach said. “We’re gonna go into this matchup and give it our best shot.” 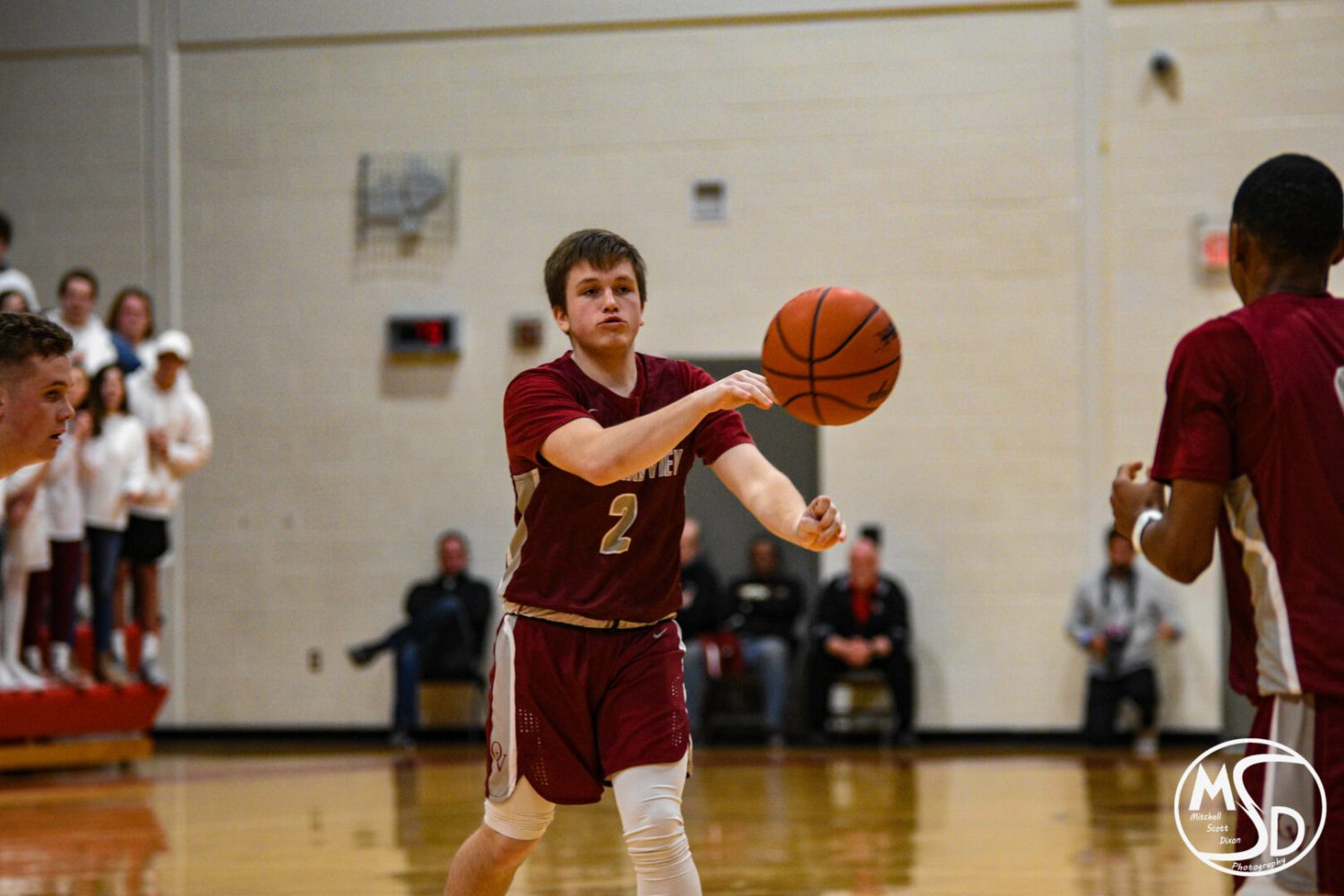 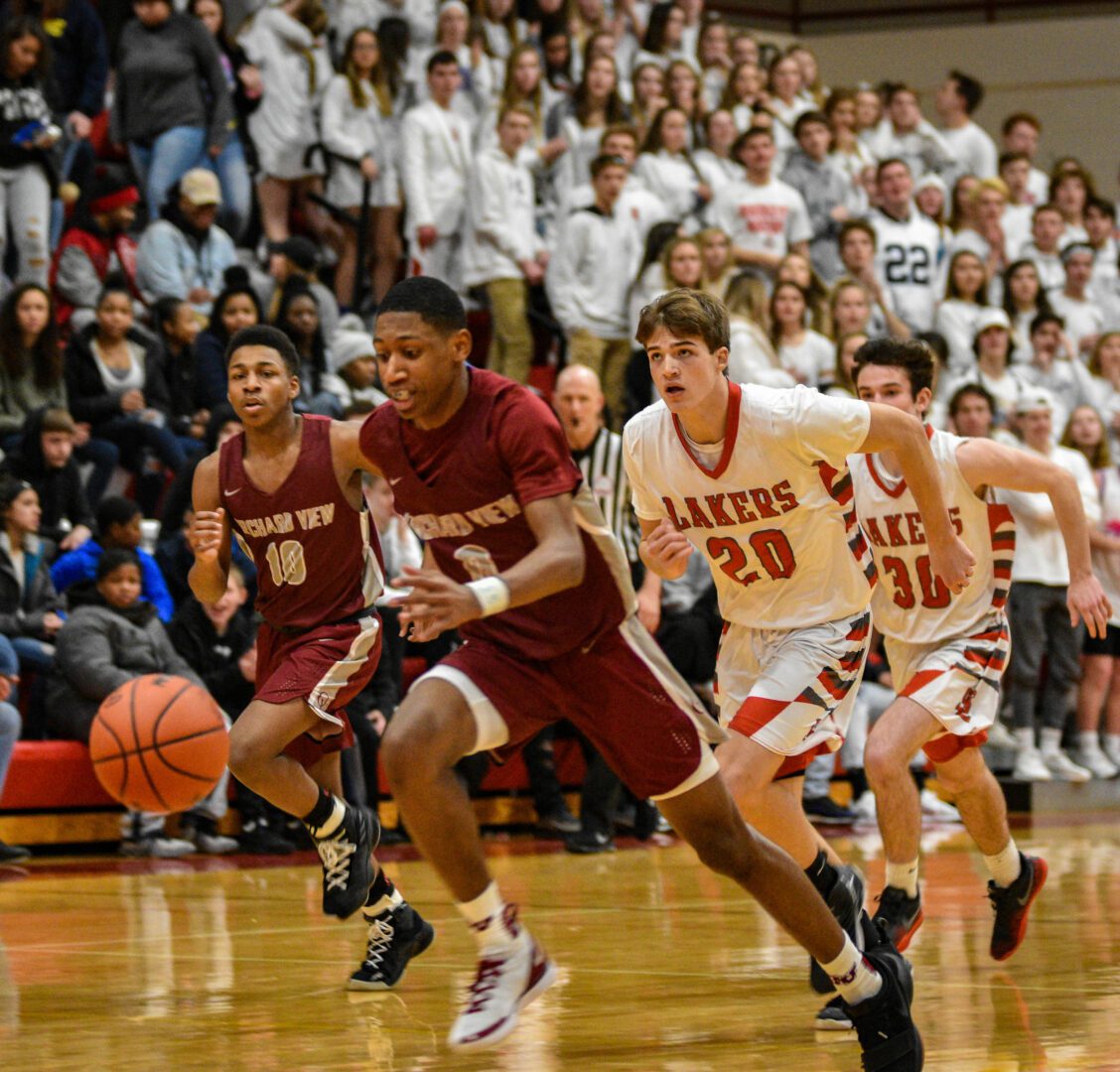 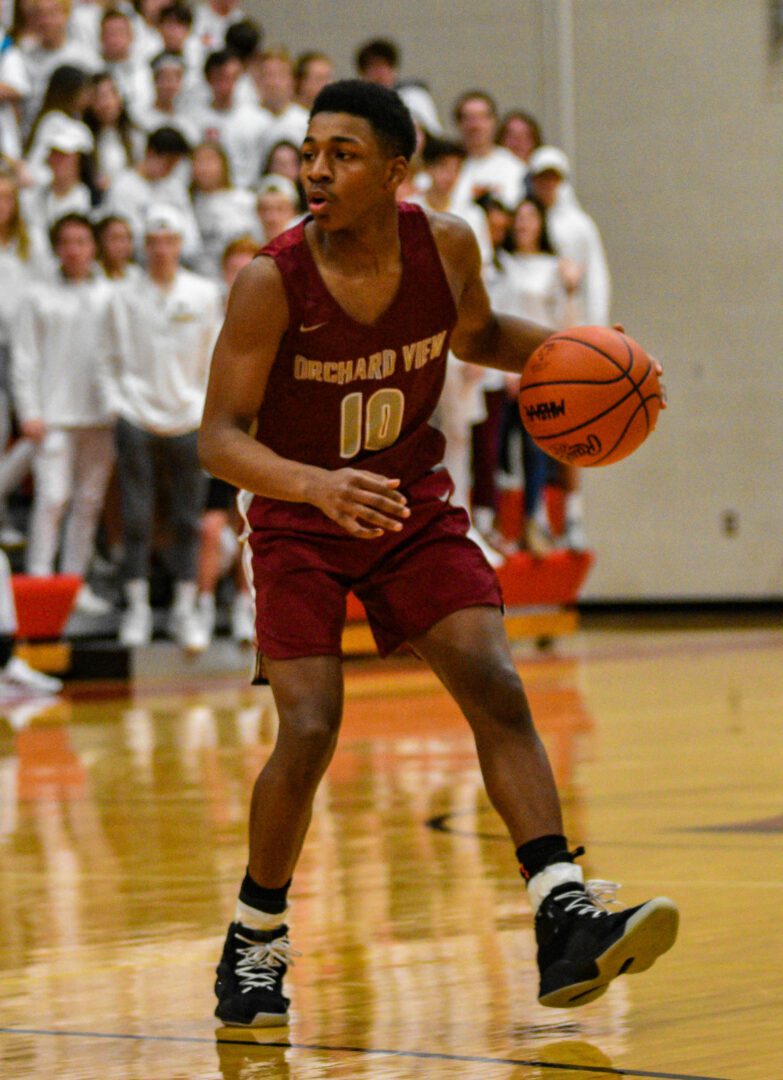 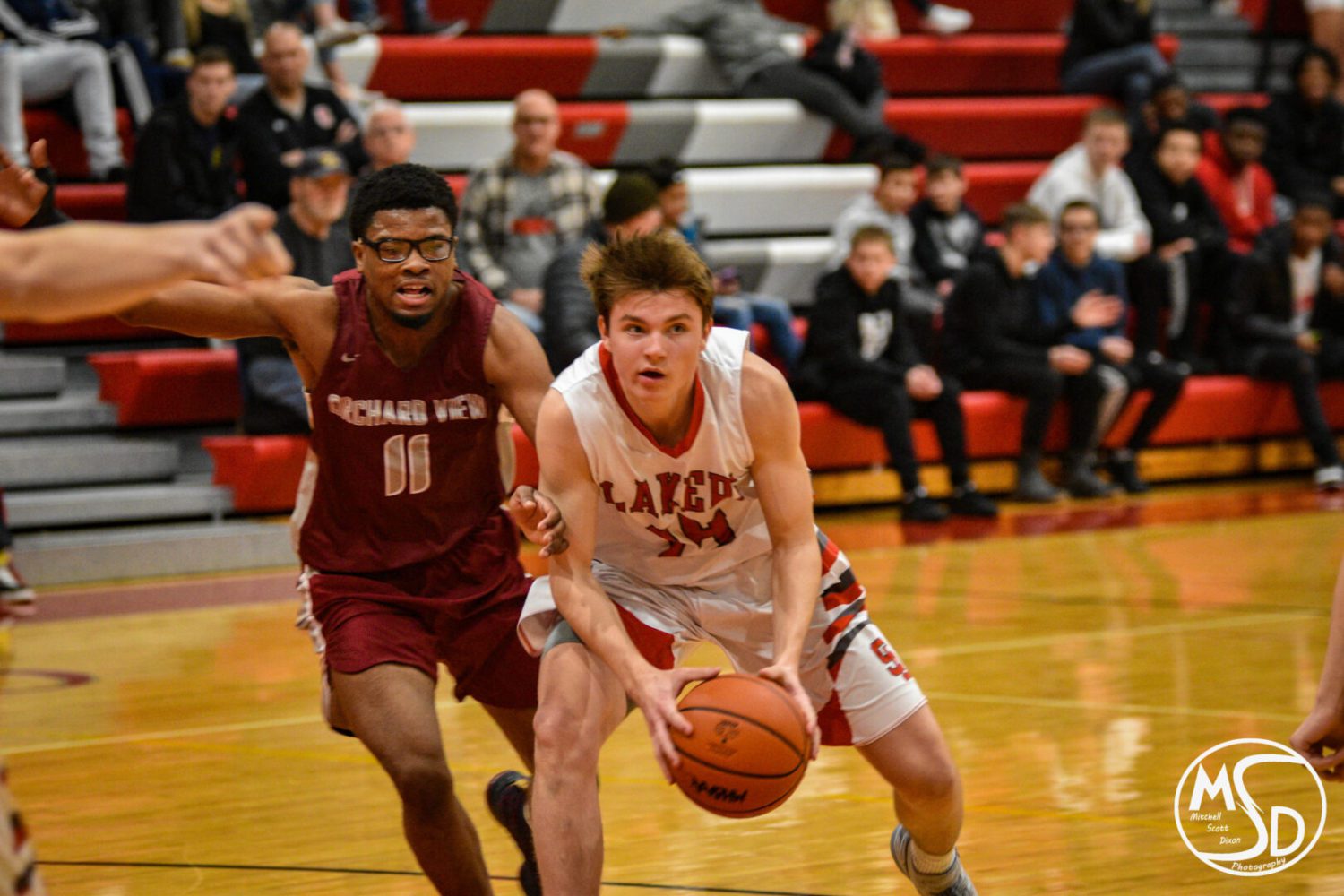 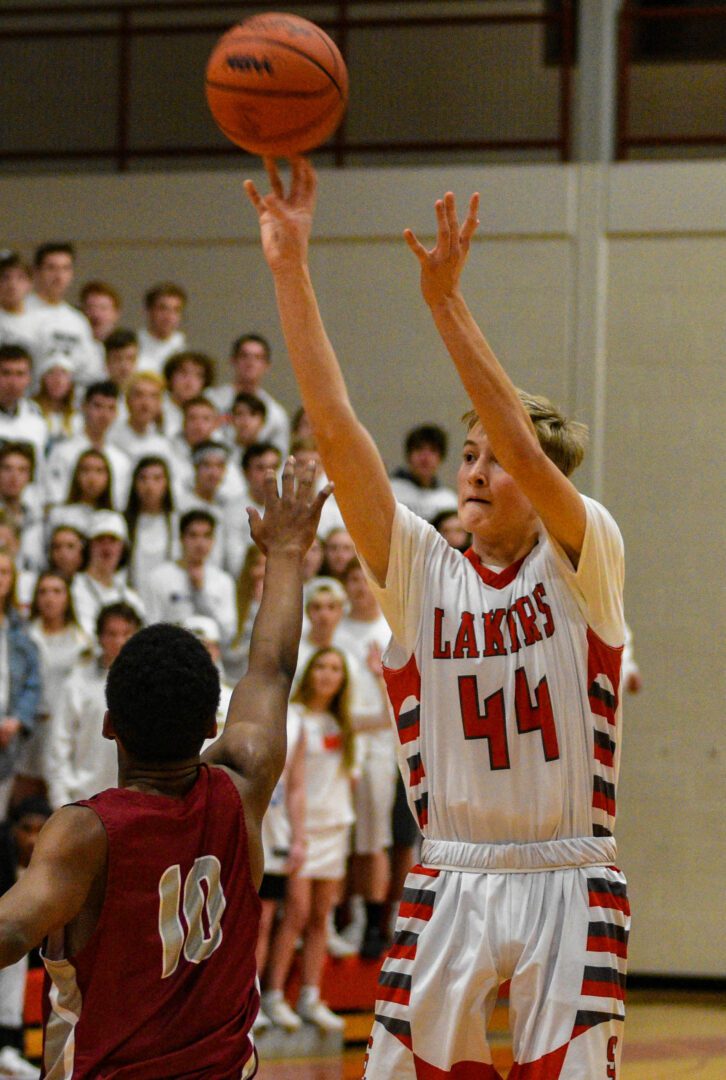 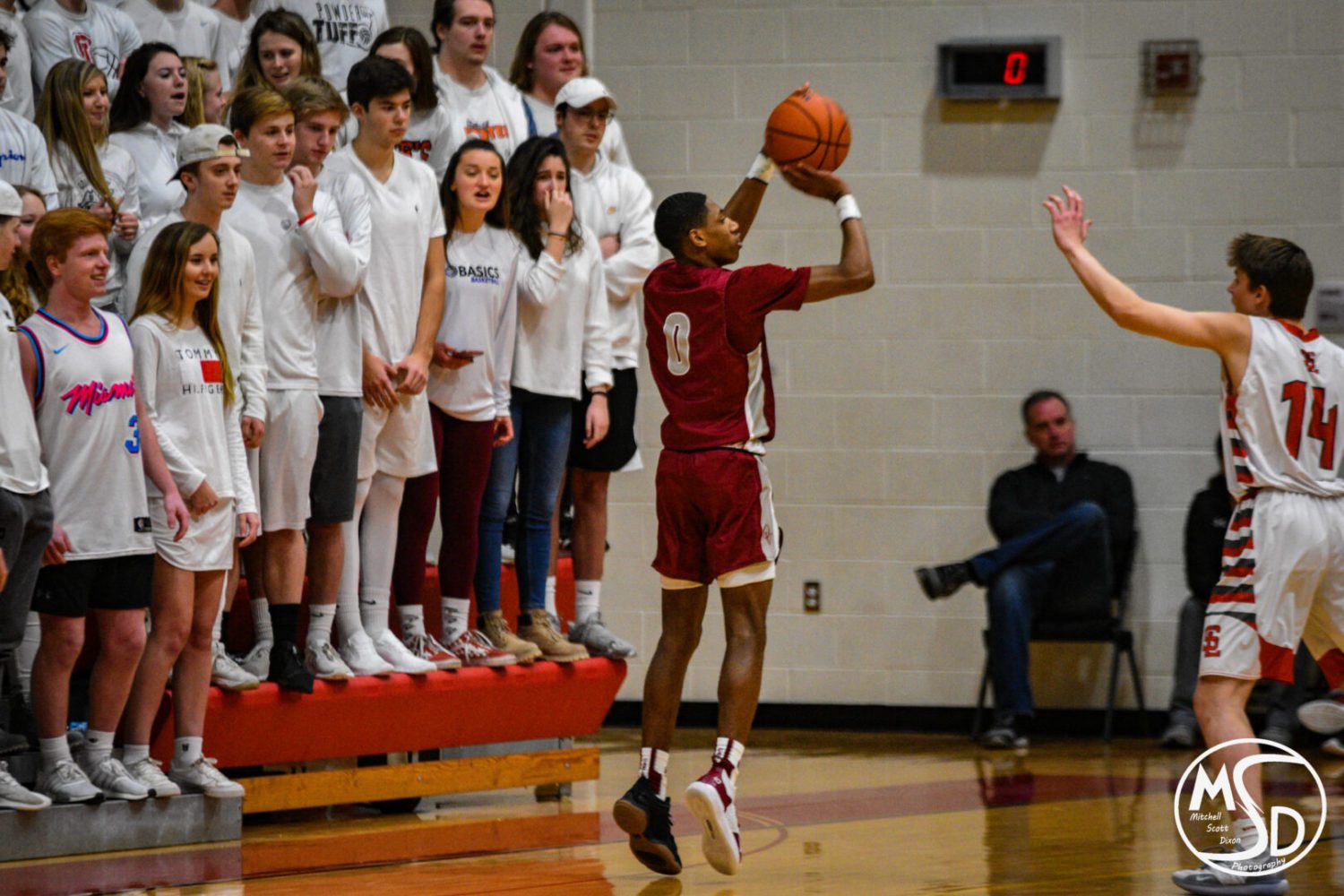 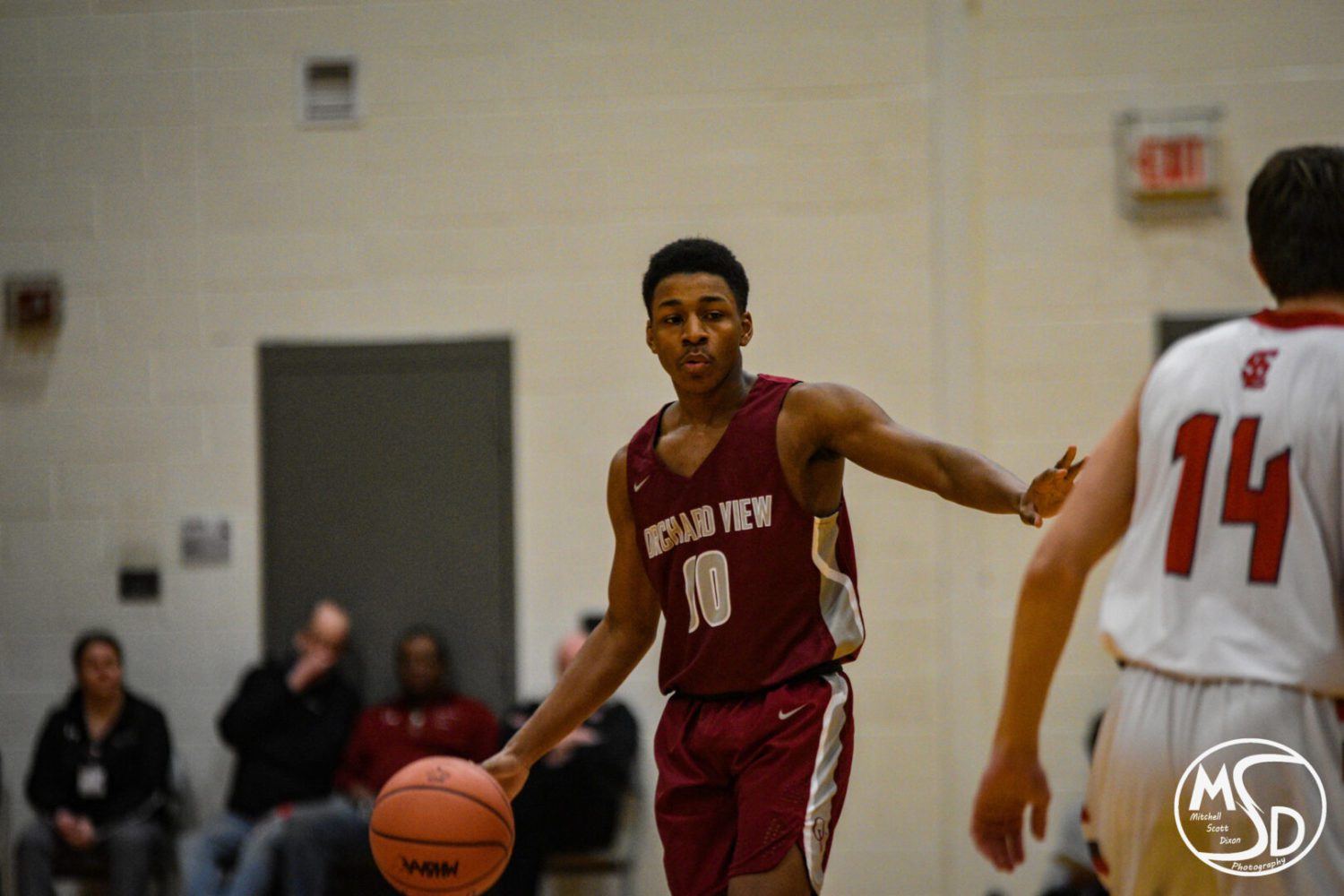 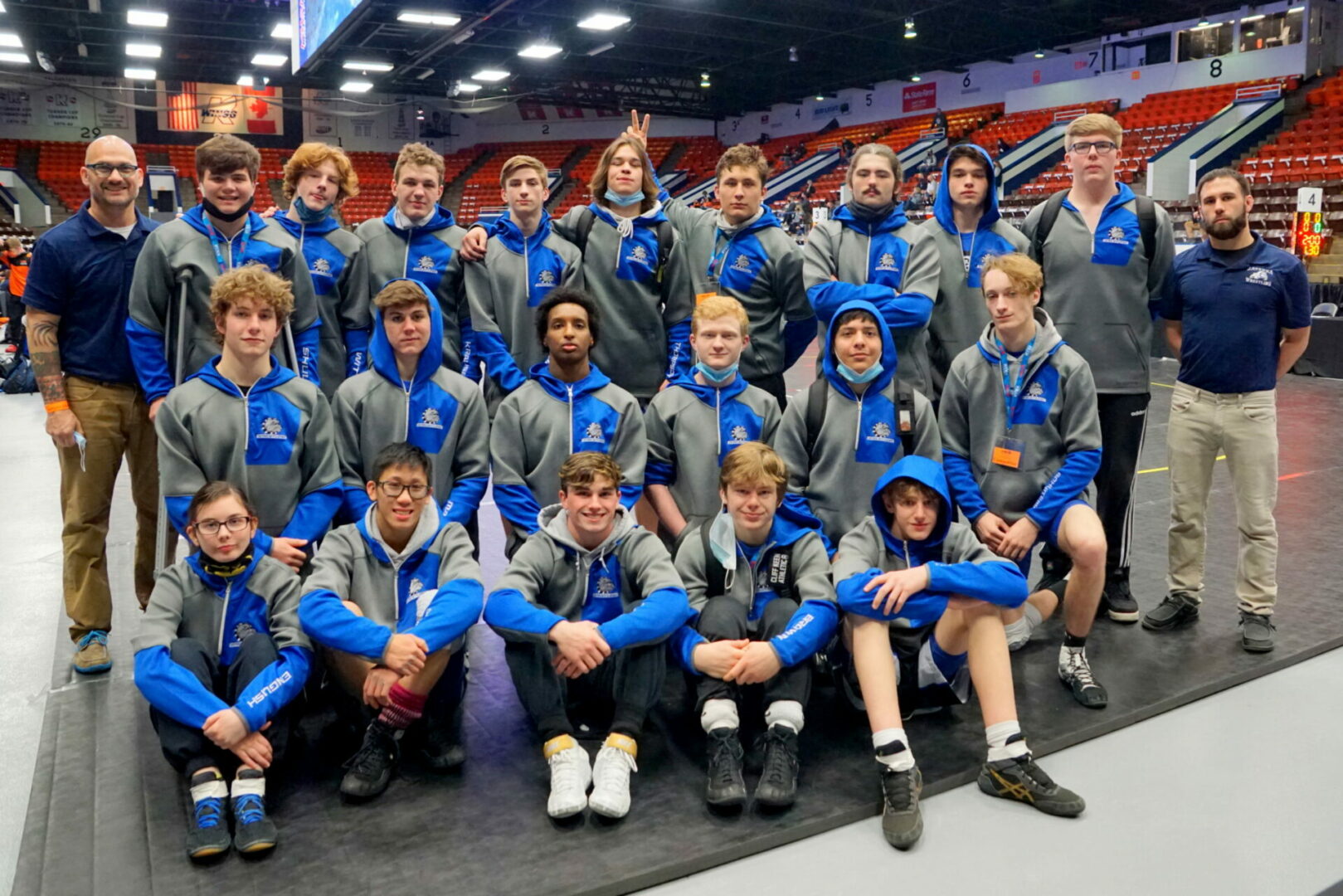