The Sailors reached the finals at the Deltaplex Arena in Grand Rapids for the fourth straight season, and hoped to top their best finish, which was third place in 2017.

The Sailors had scores of 234.80 in Round 1 and 229.52 in Round 2. Mona Shores needed to turn up its final and most difficult routine in Round 3 to have hopes of at least a runner-up finish, but turned in a 313.60 score, which was sixth among the eight teams. 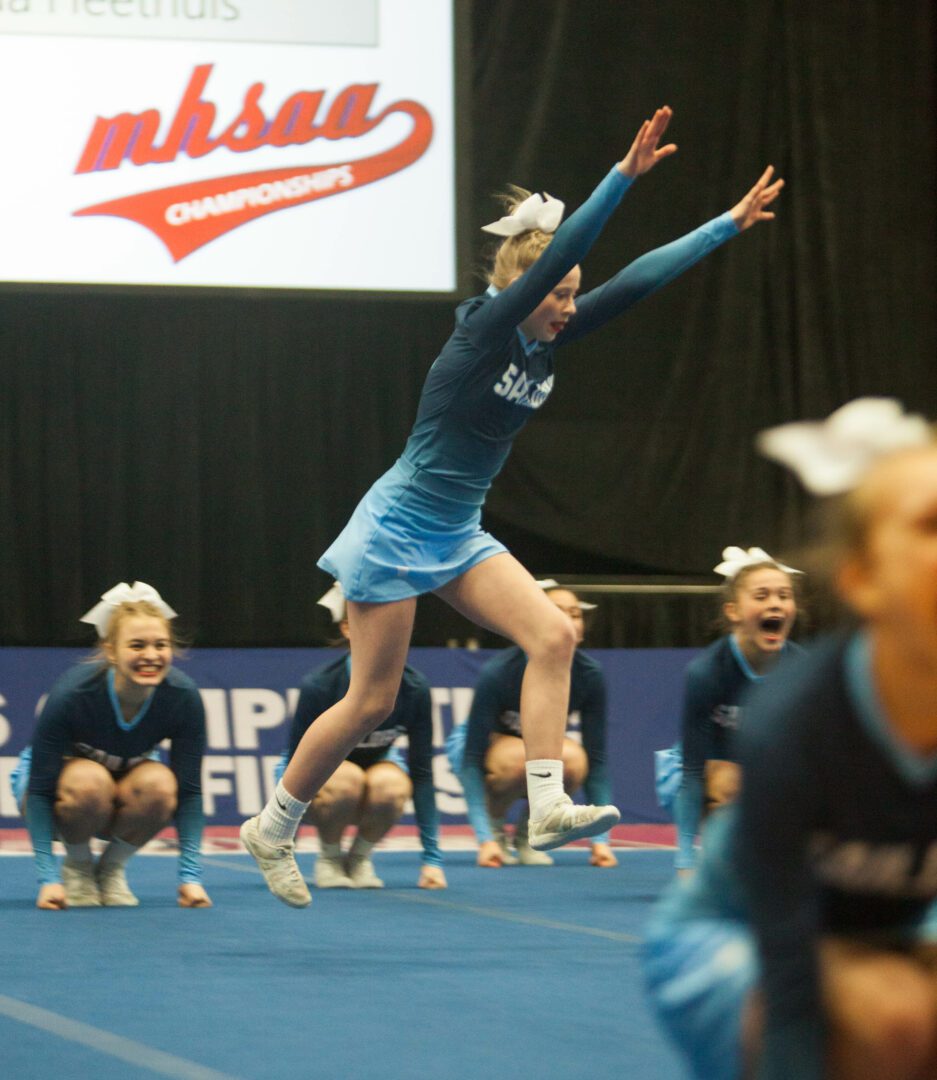 For the Sailors, the third place finish confirmed they again belonged in the state finals. It also provided a measure of revenge on DeWitt, which beat the Sailors for the regional championship, but finished three spots behind Shores in the state competition.

“To advance to the state finals is never a letdown,” said Mona Shores Coach Amanda Heethuis, who is in her twelfth season leading the program. “But in terms of the regional (finish), I lit a fire under them because they didn’t have their best round that day. This is what we were striving for today, and we had our best Round 1 and best Round 2 performances of the season.”

Some of the top accomplishments for Mona Shores this season included an O-K Black Conference title, a district title, first place at the Greater Muskegon Athletic Association meet and the school’s fifth berth into the state finals.

“It’s such an honor to get to this point,” said Heethuis, a 2005 Mona Shores graduate and former competitive cheer team member. “There are over 300 cheer teams in the state, with only 32 of them getting to go to the state finals, and there are only eight in our division.”

The Sailors relied on its senior leaders to get to this point in the season. Olivia Curtice, Erica Dakin, Leah Dobb, Taylor Keessen, Samantha Ladegast and Zoie Willeke each reached the state finals all four years of their high school careers.

“We’re losing six seniors, but have a lot of returners,” said Heethuis, a expectant mother who also has a three-year-old daughter at home. “Our three-round athletes, those kids are in every round of the competition. They are in every rep of practice, they don’t get any time off, there’s no lull for them.”

The future continues to look bright for the Mona Shores roster, as it returns 22 members next season. 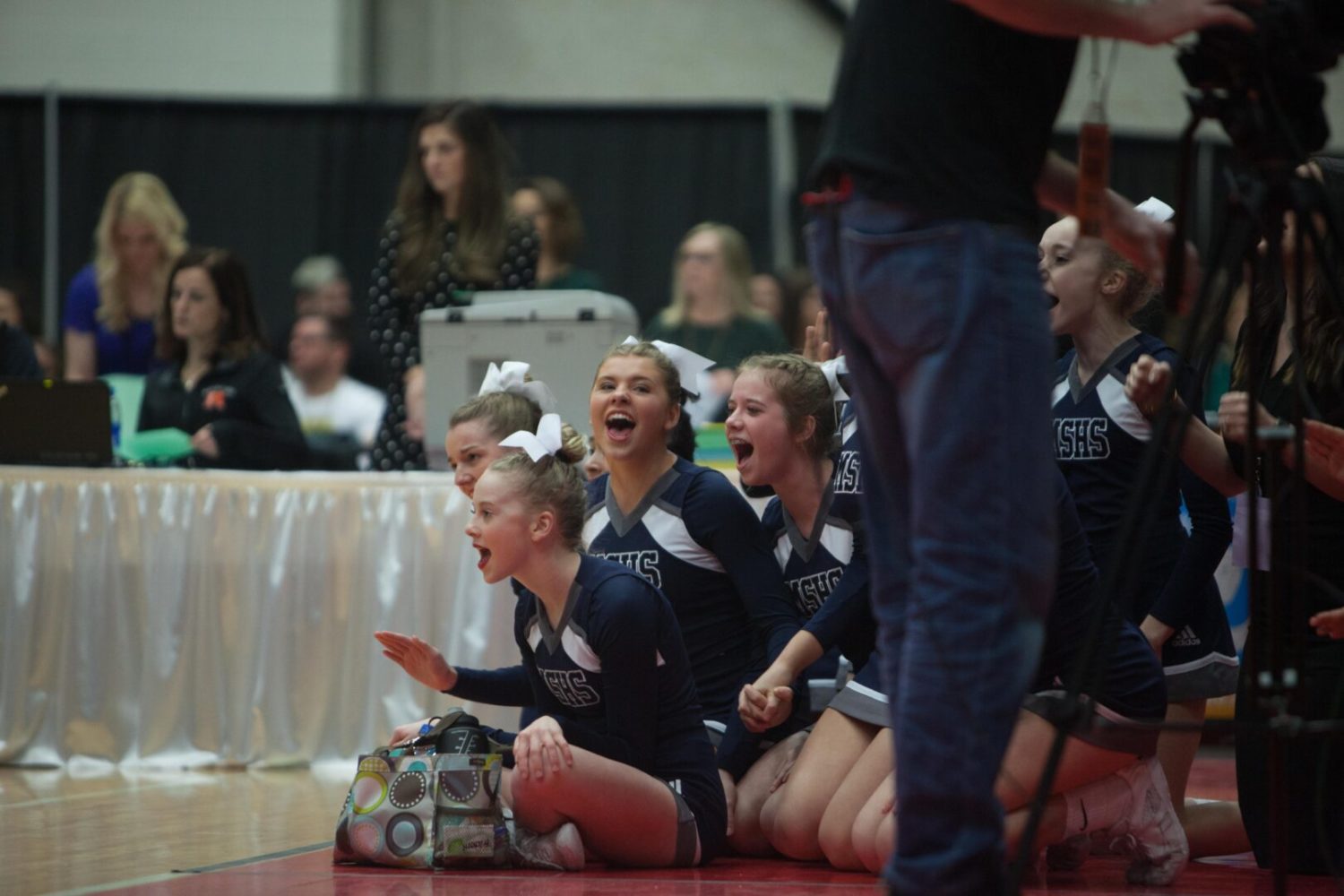 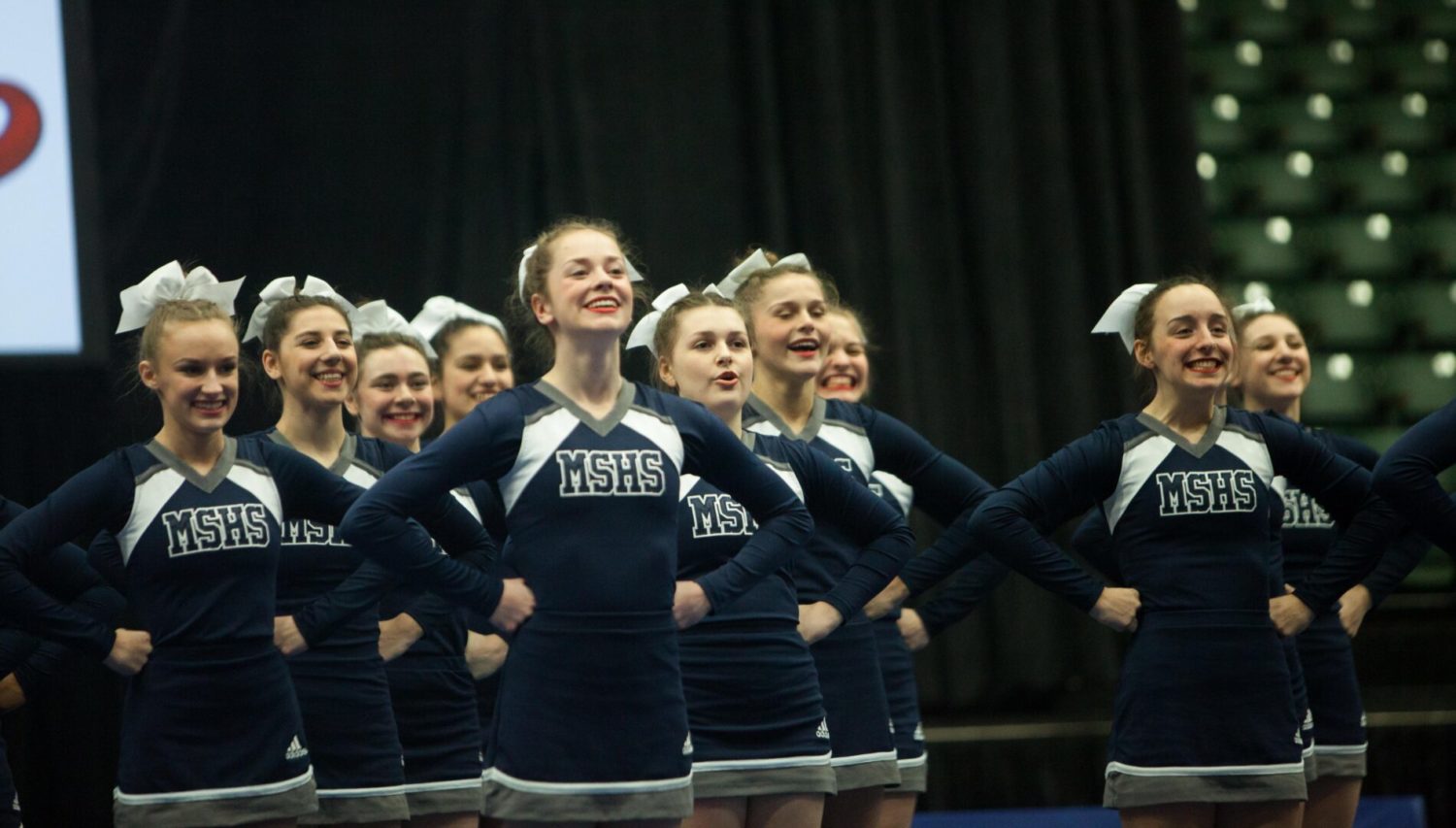 Zoe Fetters holds down the front for Mona Shores as Carys Mitchell flanks to the left and Logan Potts to the right with Leah Dobb behind in the middle. Photo/Jason Goorman 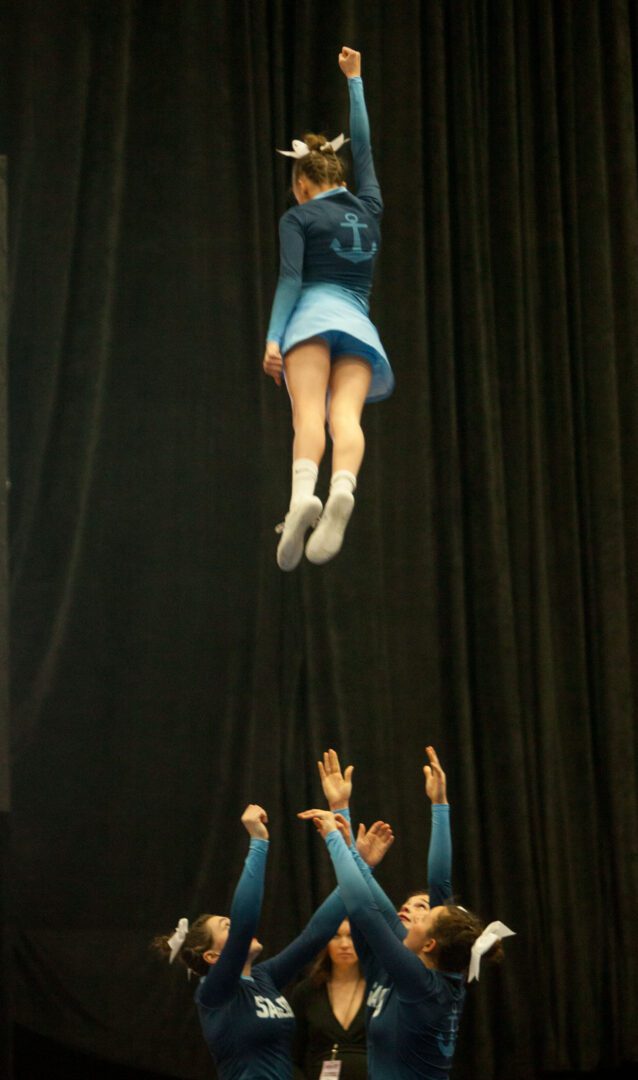 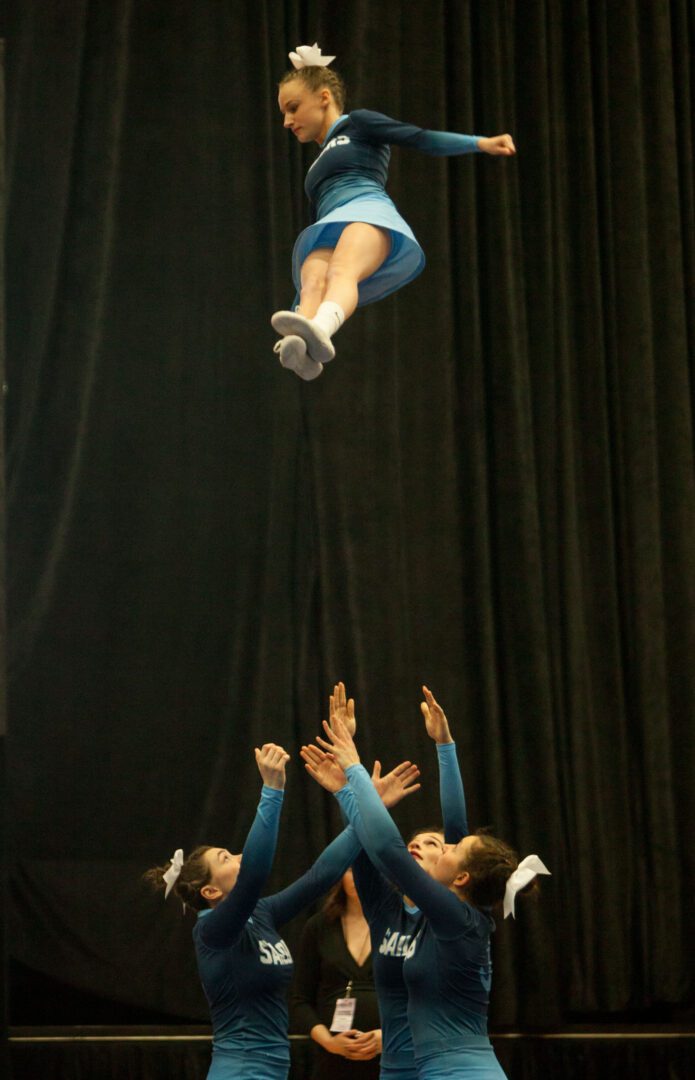 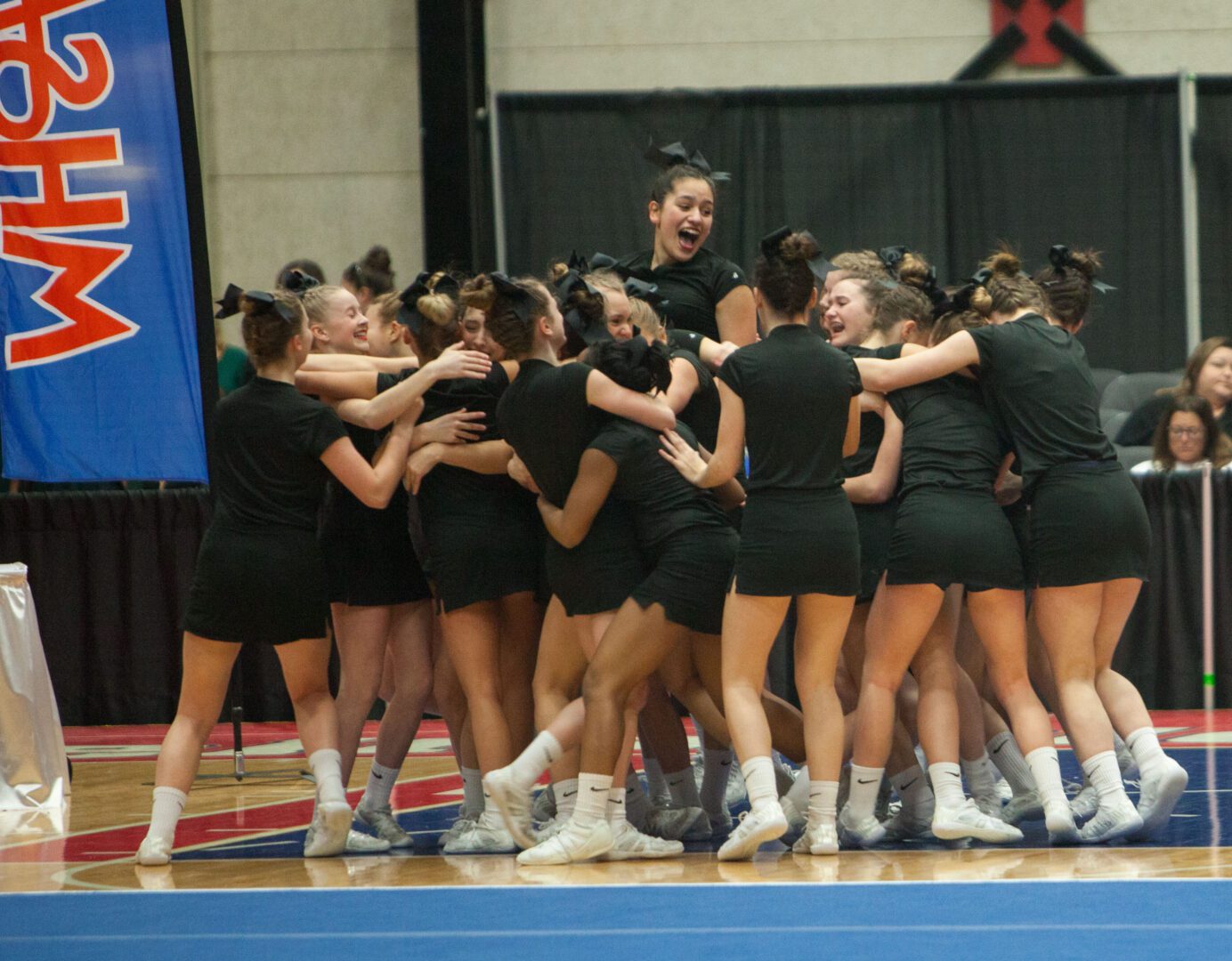 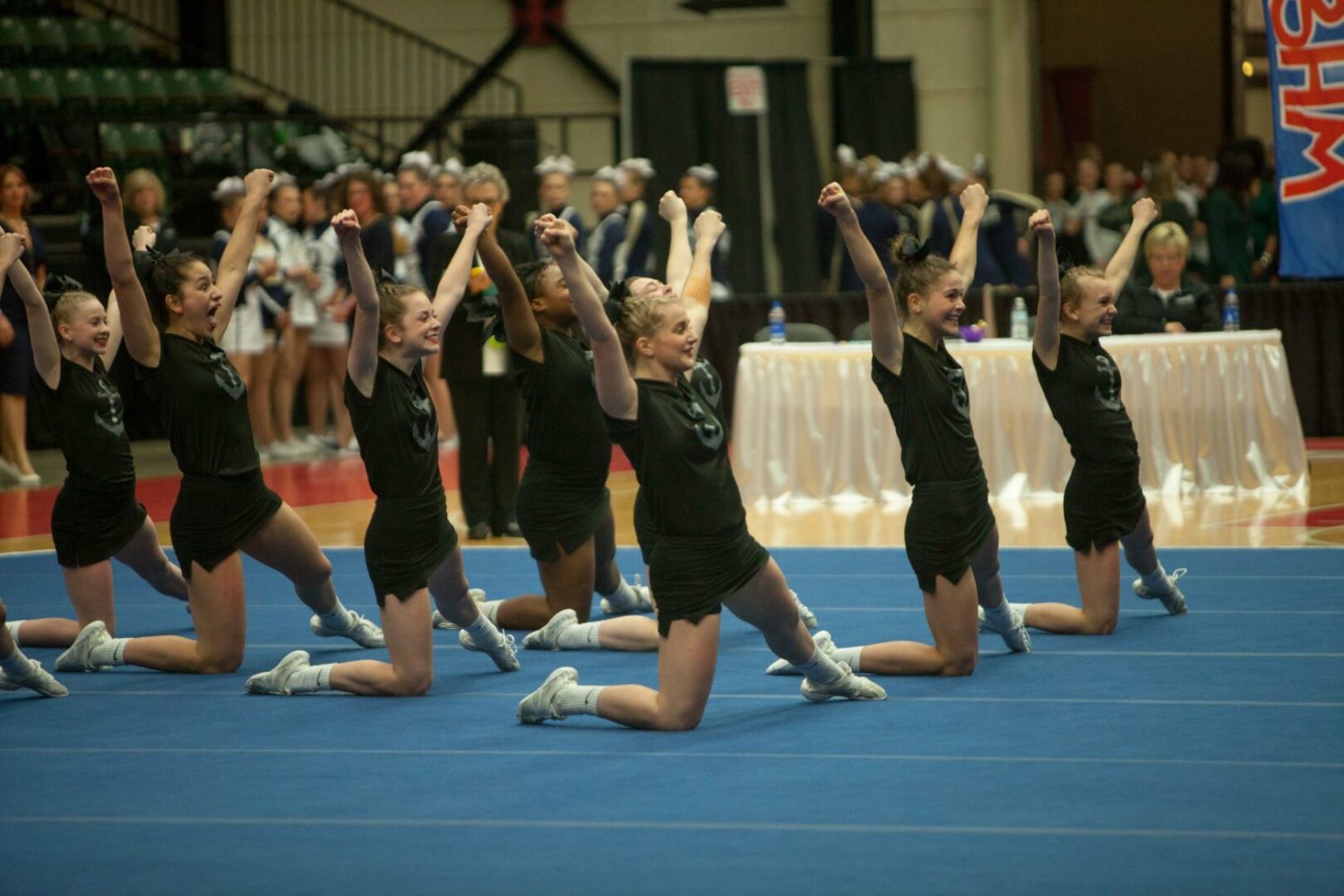 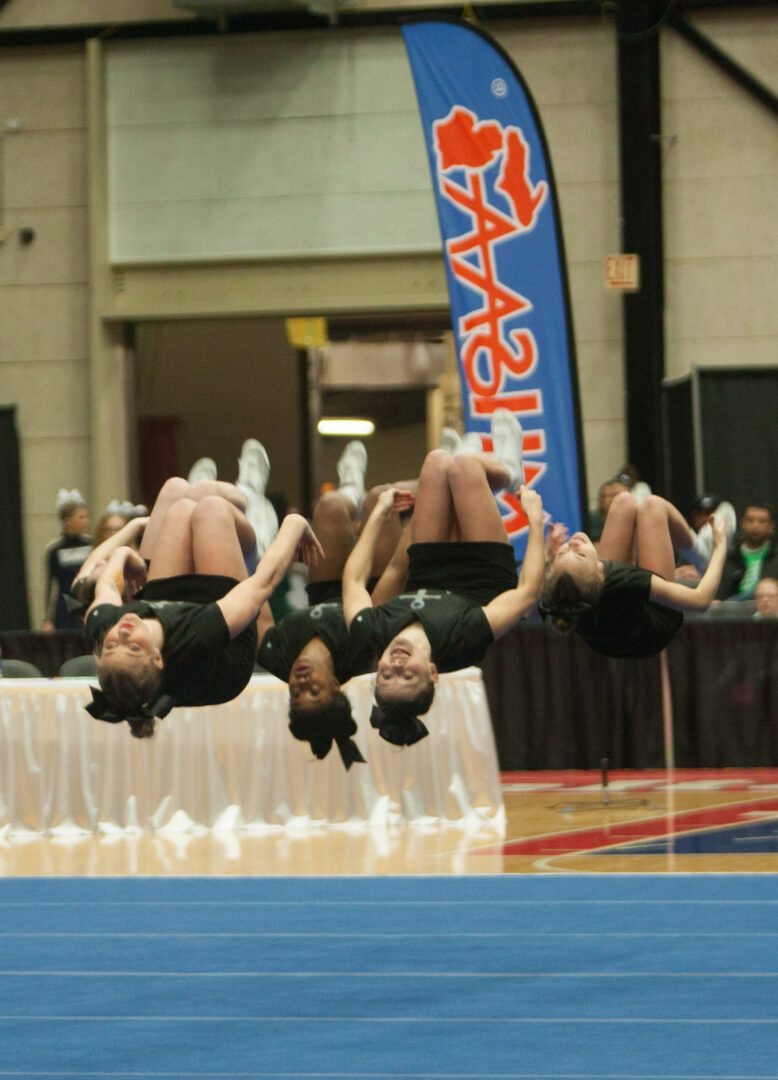 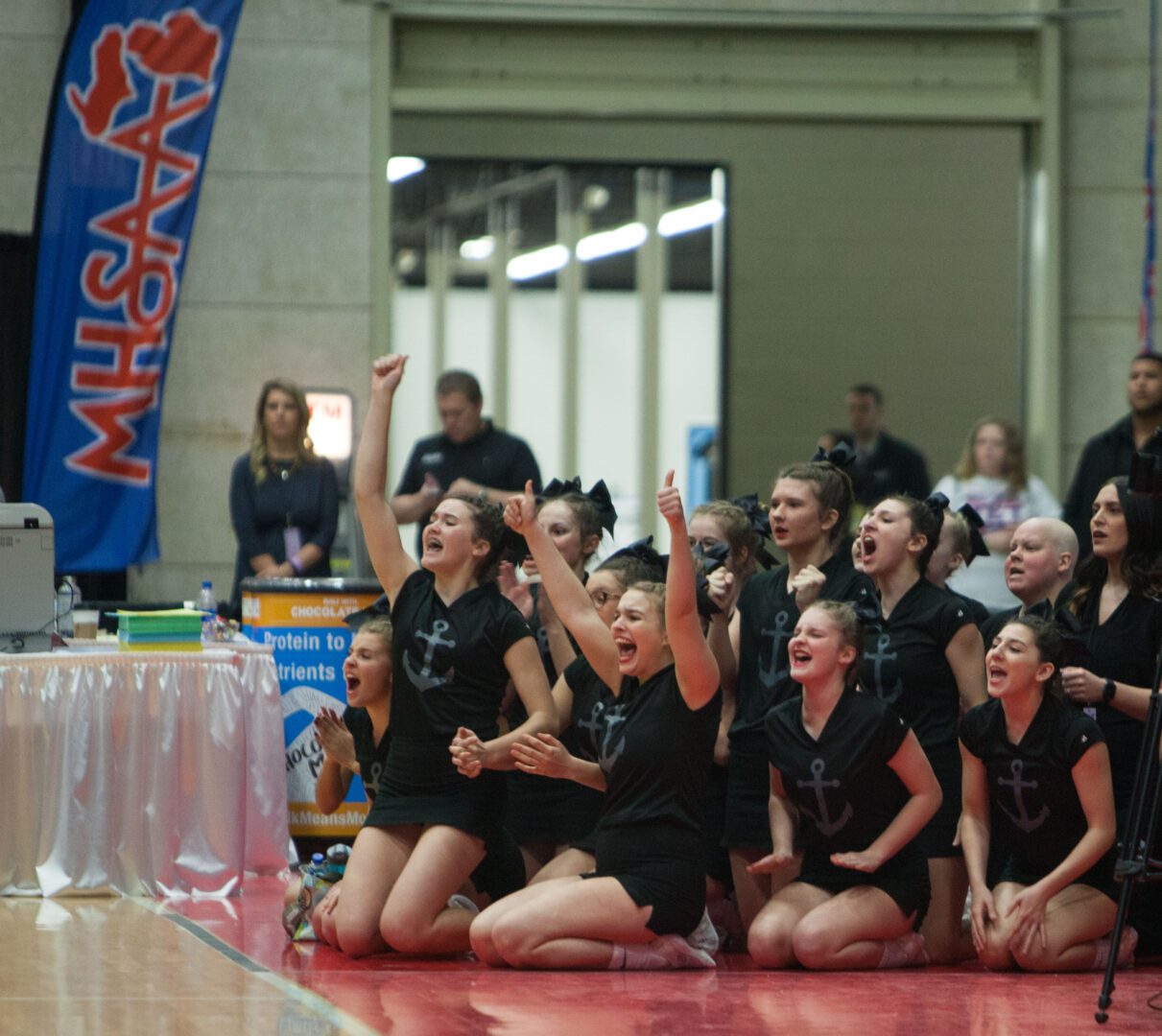