That was a great reward for a basketball program that’s clearly on the rise.

Orchard View found out just how good GR Catholic was on Tuesday, falling 75-42 in the first round of the Division 2 regional tournament at Fremont High School. 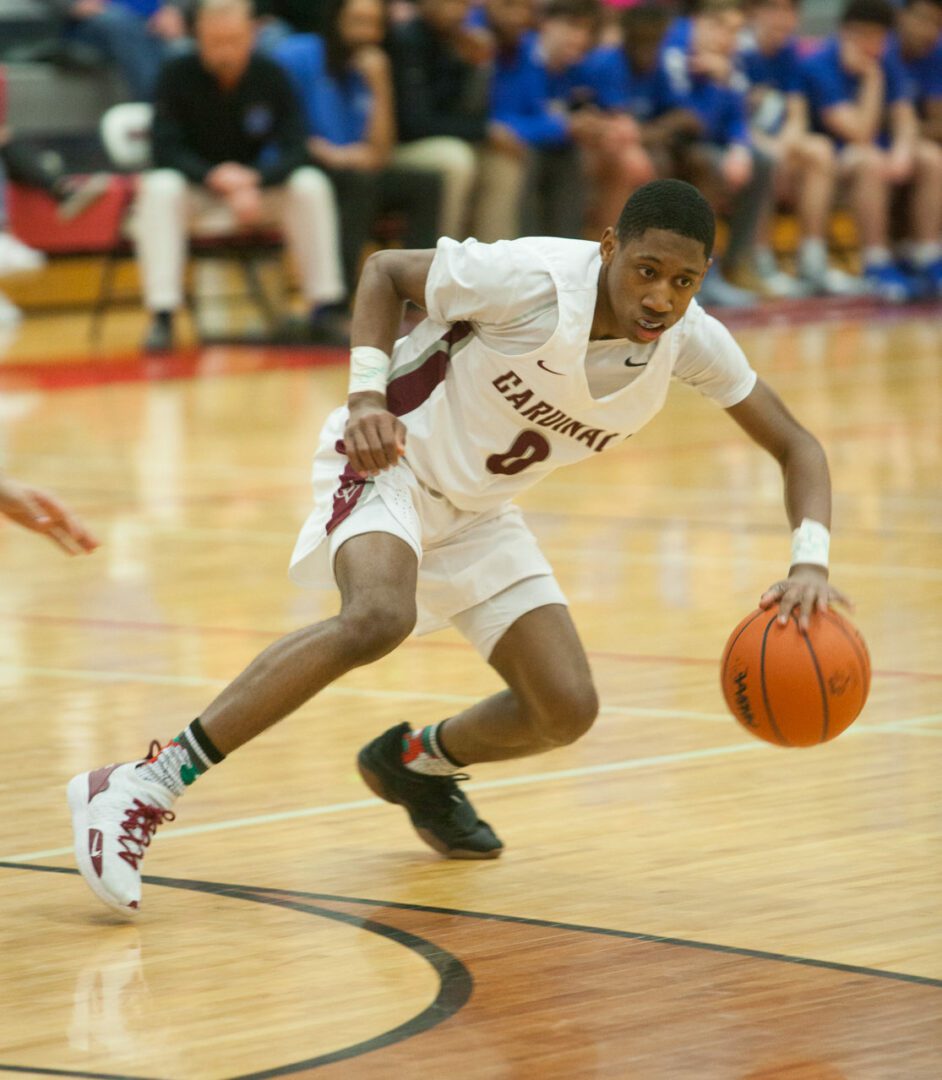 Ke’ontae Barnes pulls back to set up a play for Orchard View. Photo/Jason Goorman

Orchard View finished the season with a 15-8 record.

“I thought we prepared as good as we could have for today,” said Orchard View coach Nick Bronsema. “When you come into a game like this you got to give it your all and let the chips fall where they may, and they just didn’t fall the right way for us.”

Davion Lane got the Cardinals off to a strong start with two quick buckets to give the OV a quick 4-2 lead. But the Cougars started to click midway through the first, ending the quarter on a 12-0 run and leading 14-4 at the first buzzer.

The hot shooting continued for the Cougars in the second quarter, which they started on a 22-10 run. The Cardinals inched back before the half, ending the quarter on a 6-2 run, but still trailed 38-20 at the break.

Orchard View opened the third quarter on a 10-5 run over the first two minutes and cut the Cougar lead to 13 points.

But once again the Cougars counterpunched hard, ending the quarter with a 17-5 burst and leading 58-34 after three.

Austin Braun had 20 points and Devon Boyd scored 17 for the Cougars.

Even though the season ended with a painful loss. Bronsema still views it as a huge success.

“When we came into the year we had two goals – win 15 games and win a district title – and we did both,” the coach said. “So while we would have loved to move on, I couldn’t have been happier with the success of this team.” 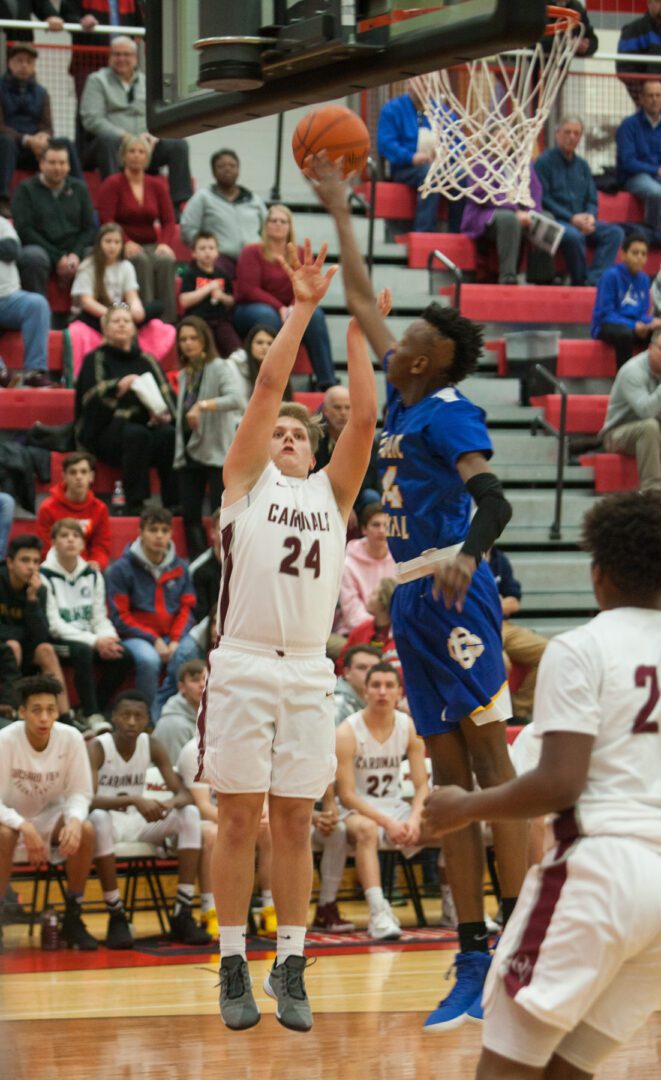 Dayton Rose takes a shot from the baseline for OV. Photo/Jason Goorman 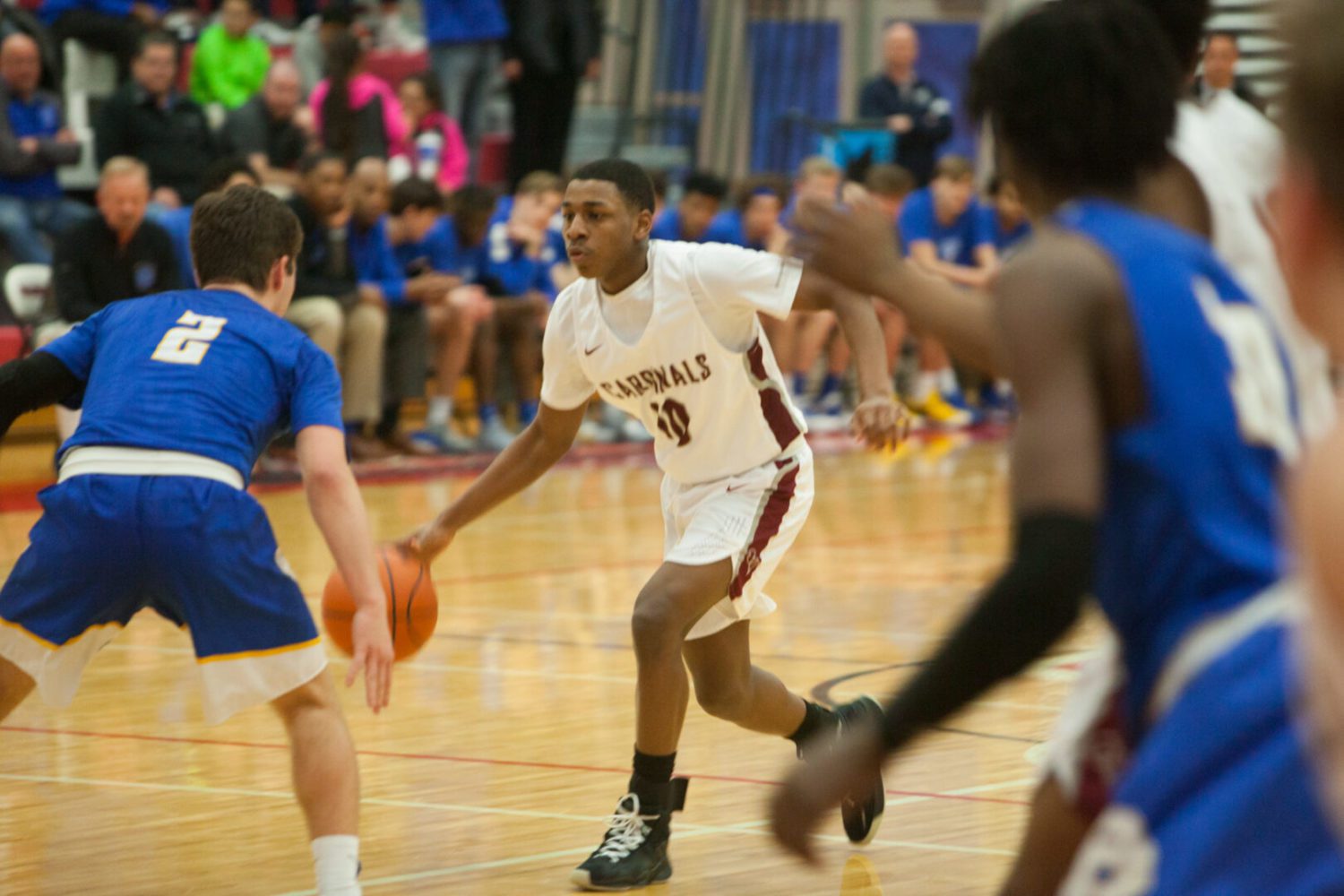 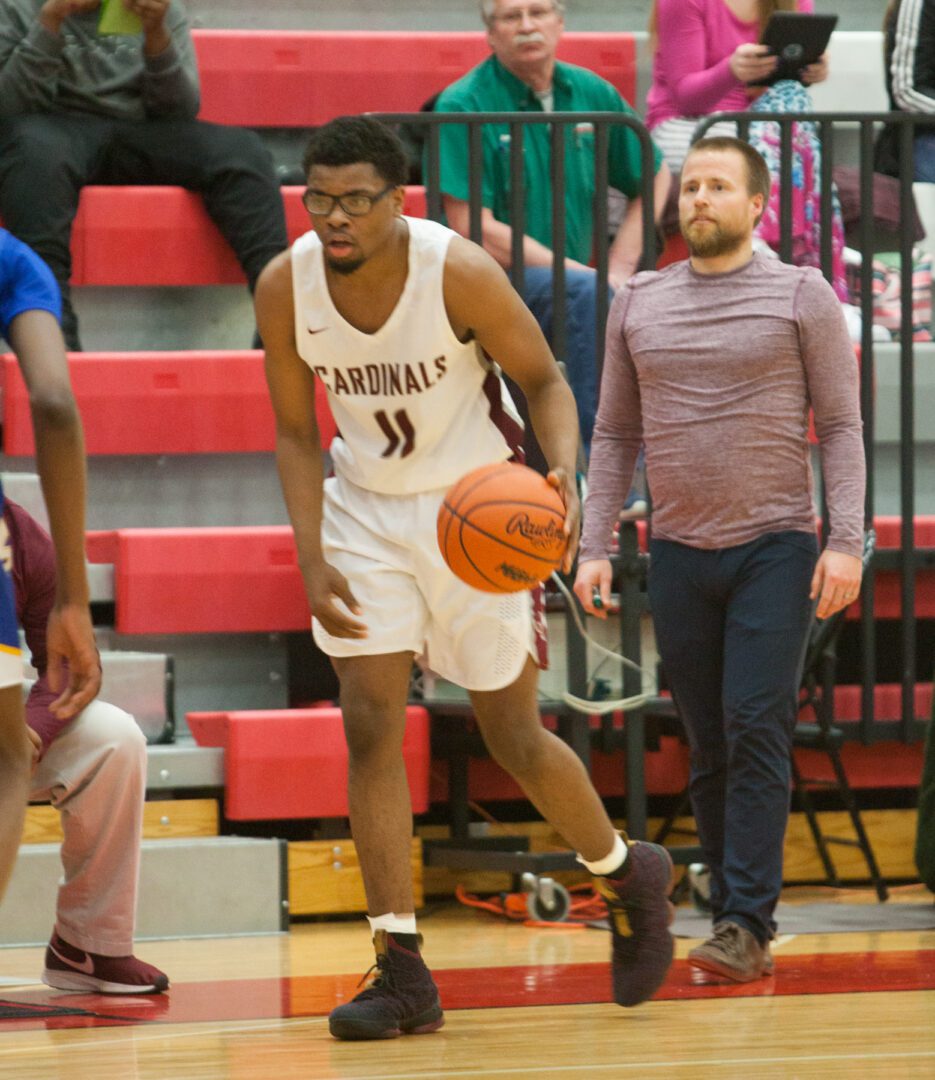 Davion Lane looks for the pick while Coach Nick Bronsema watches from the sideline. Photo/Jason Goorman 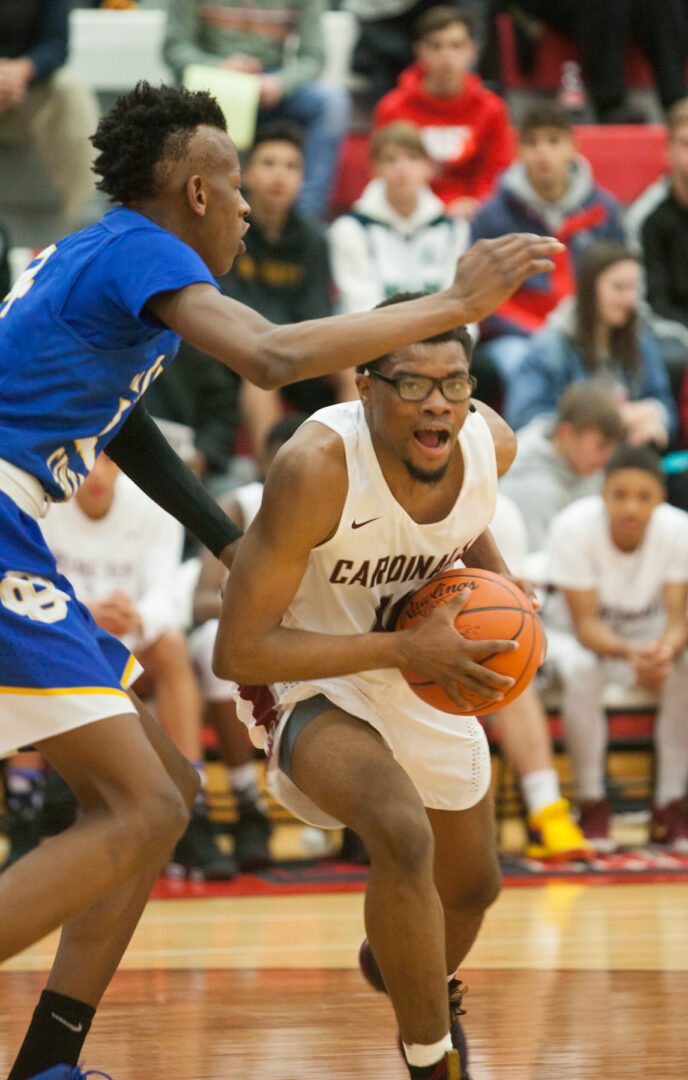 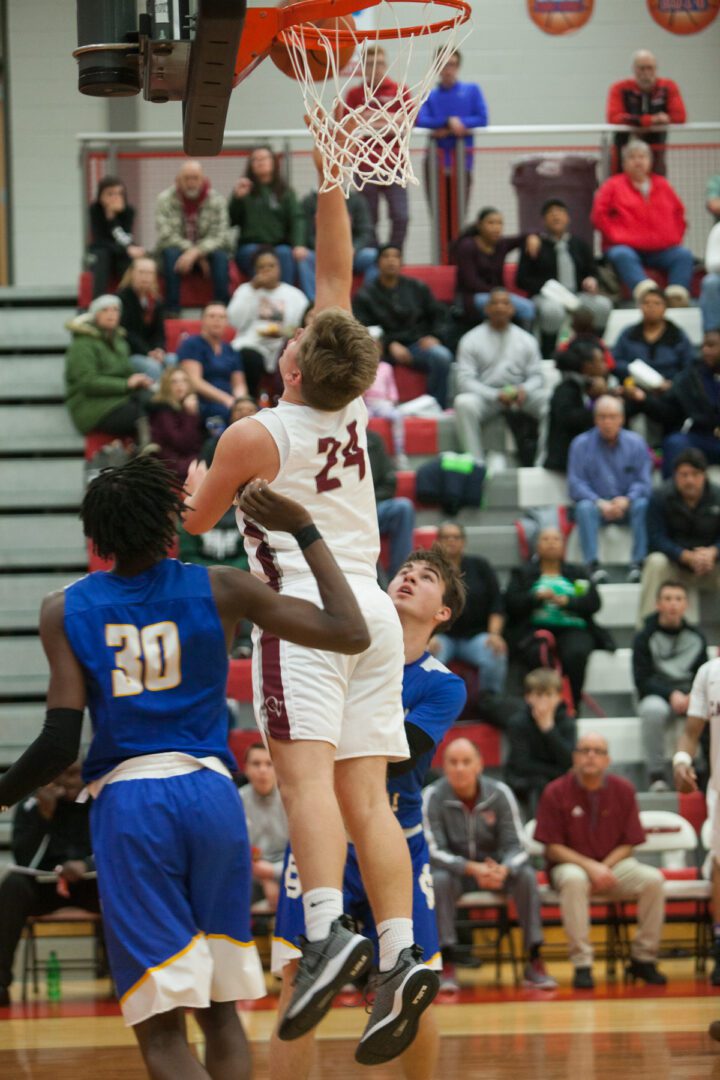 Dayton Rose finds the shot below the basket for the Cardinals. Photo/Jason Goorman 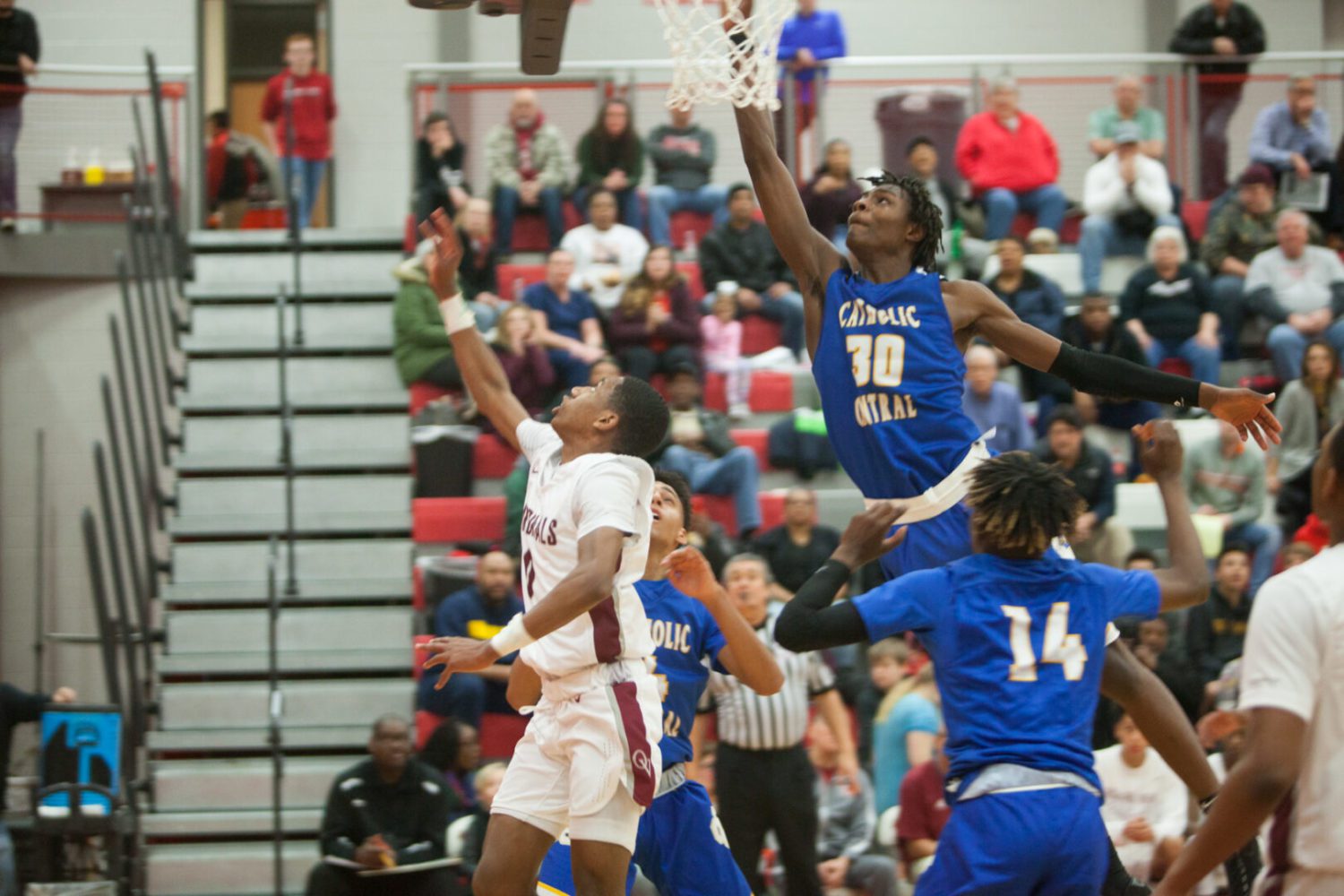 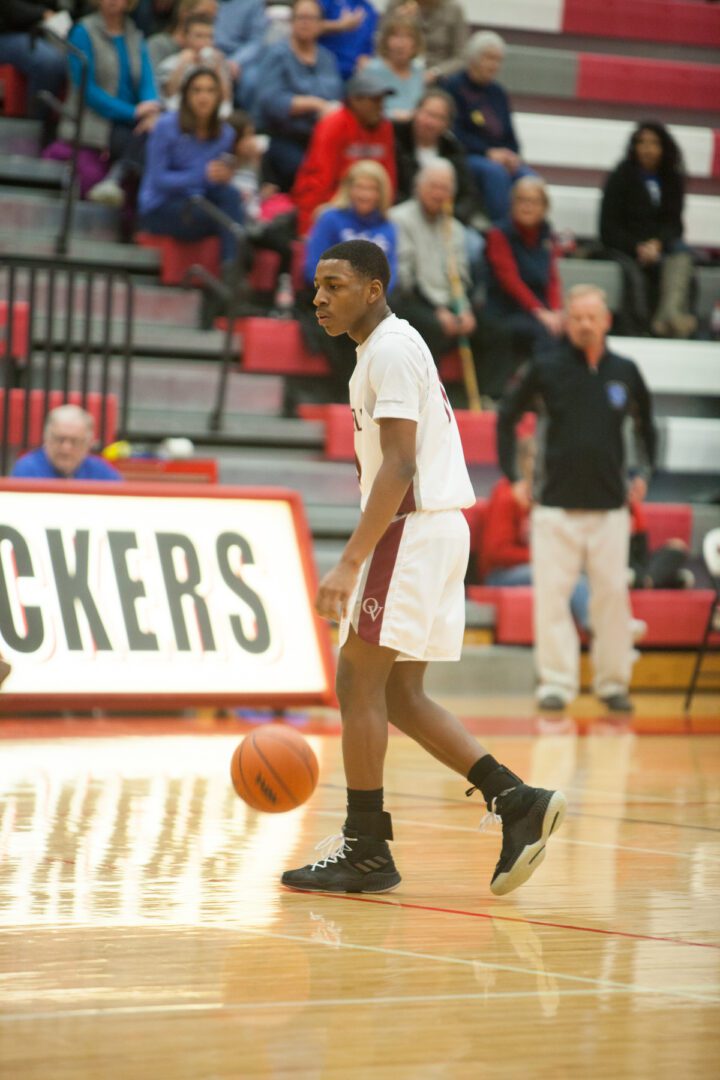 Dietrich Thornton sets up the play for OV. Photo/Jason Goorman 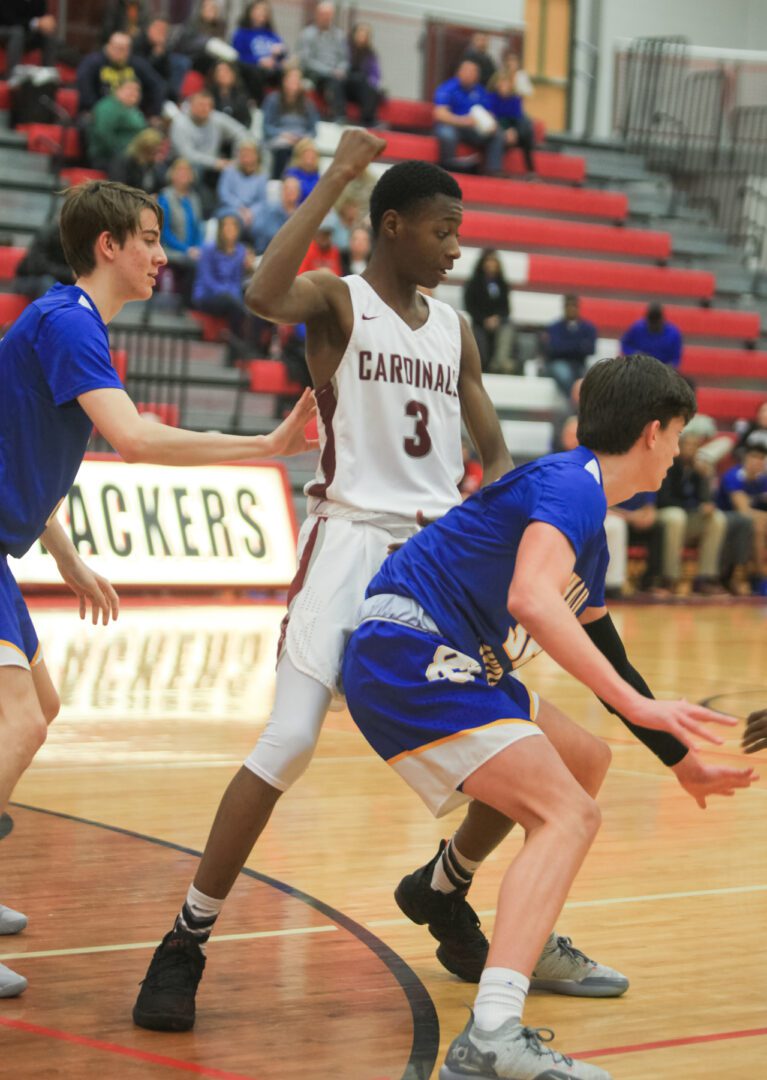 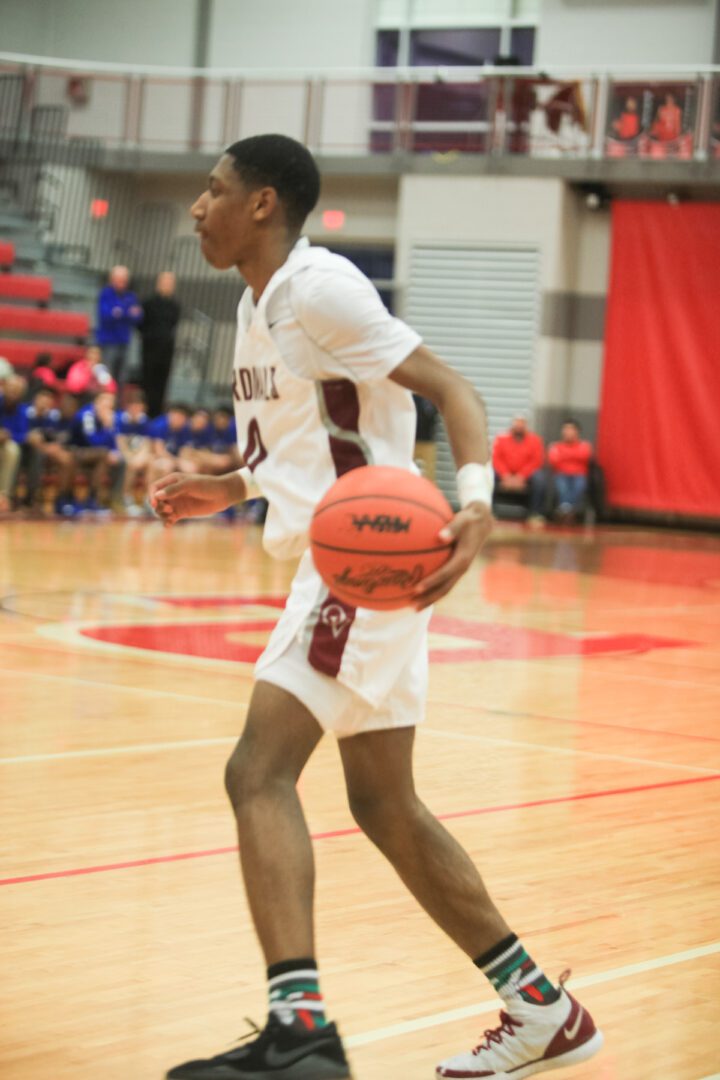 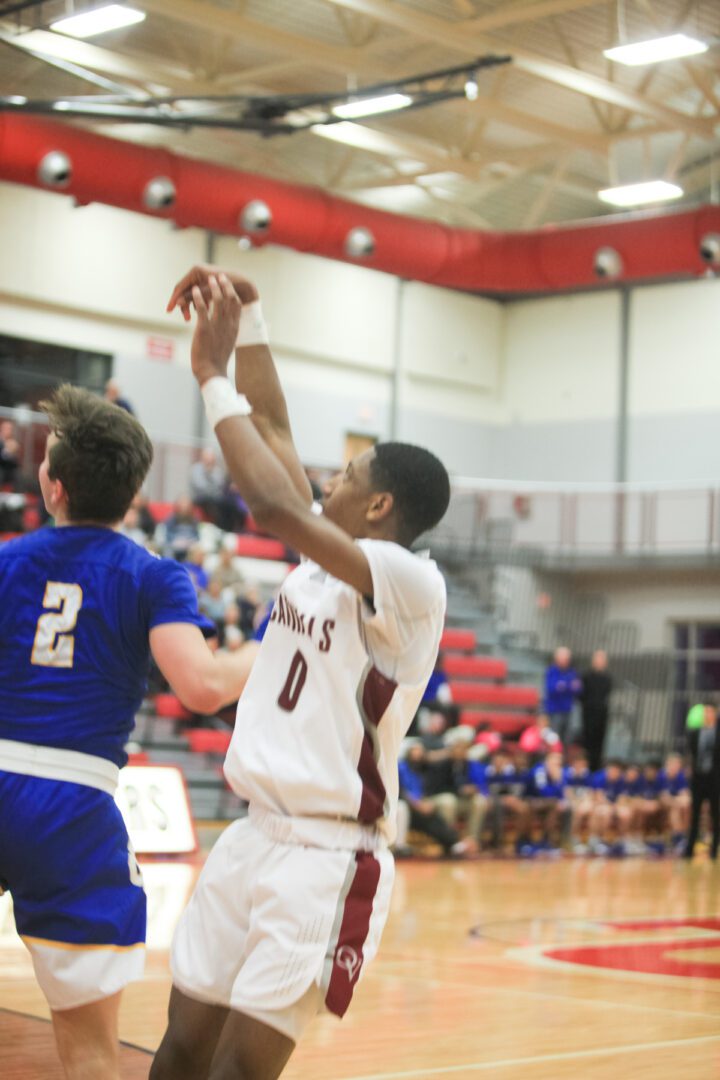 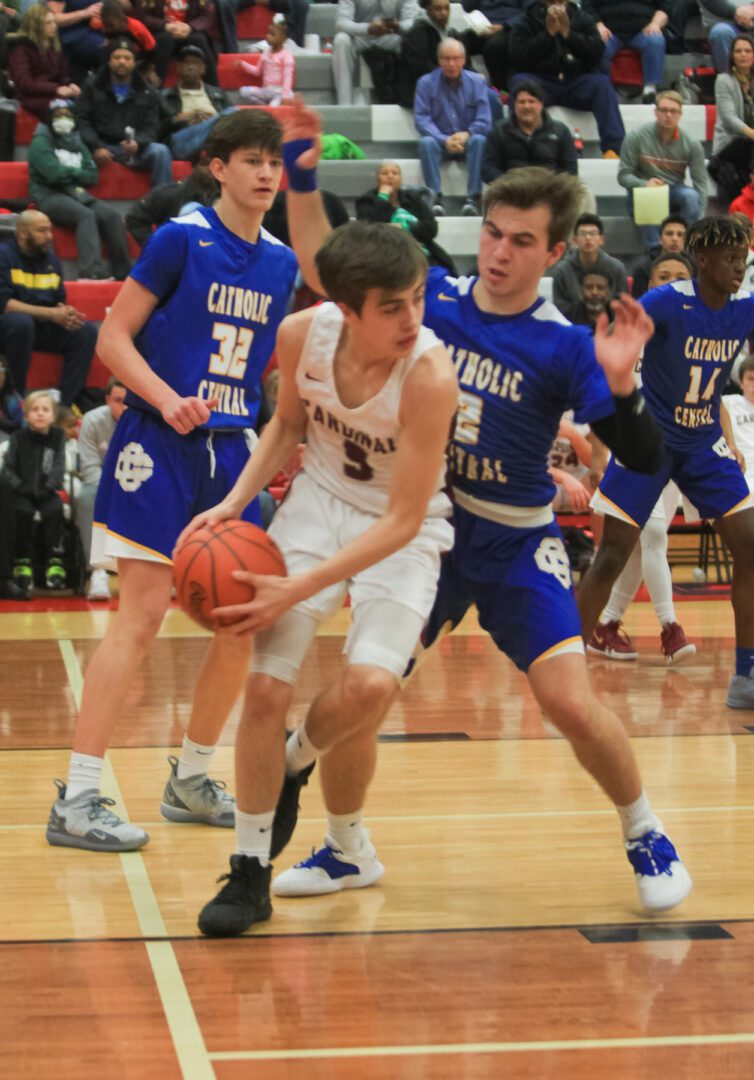 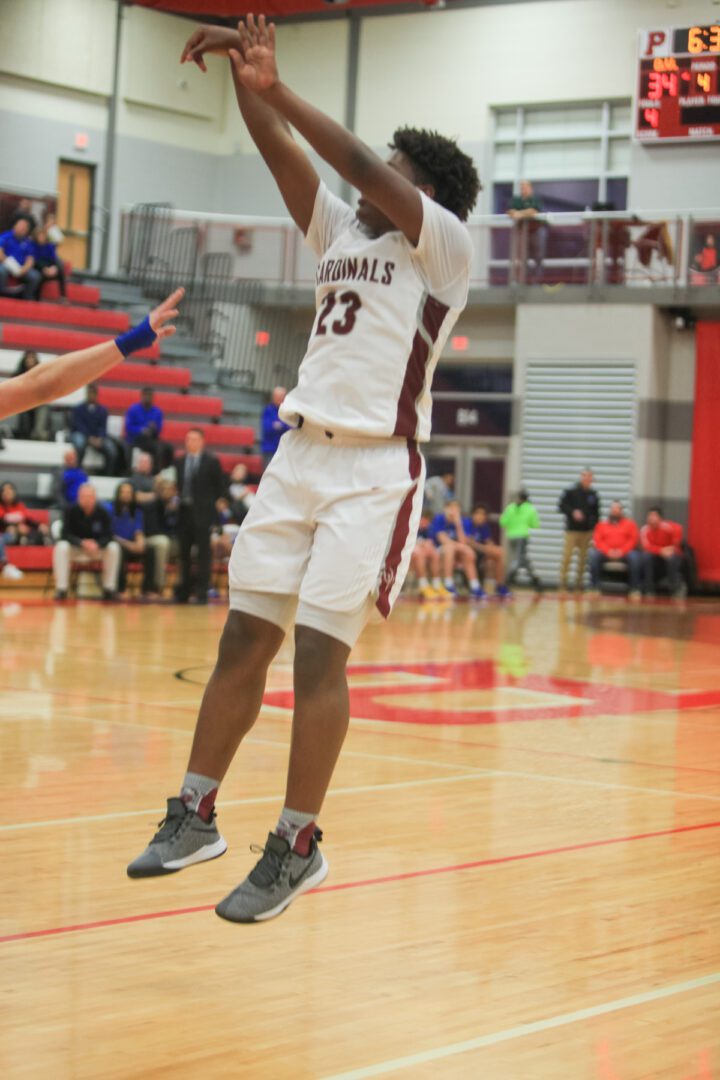 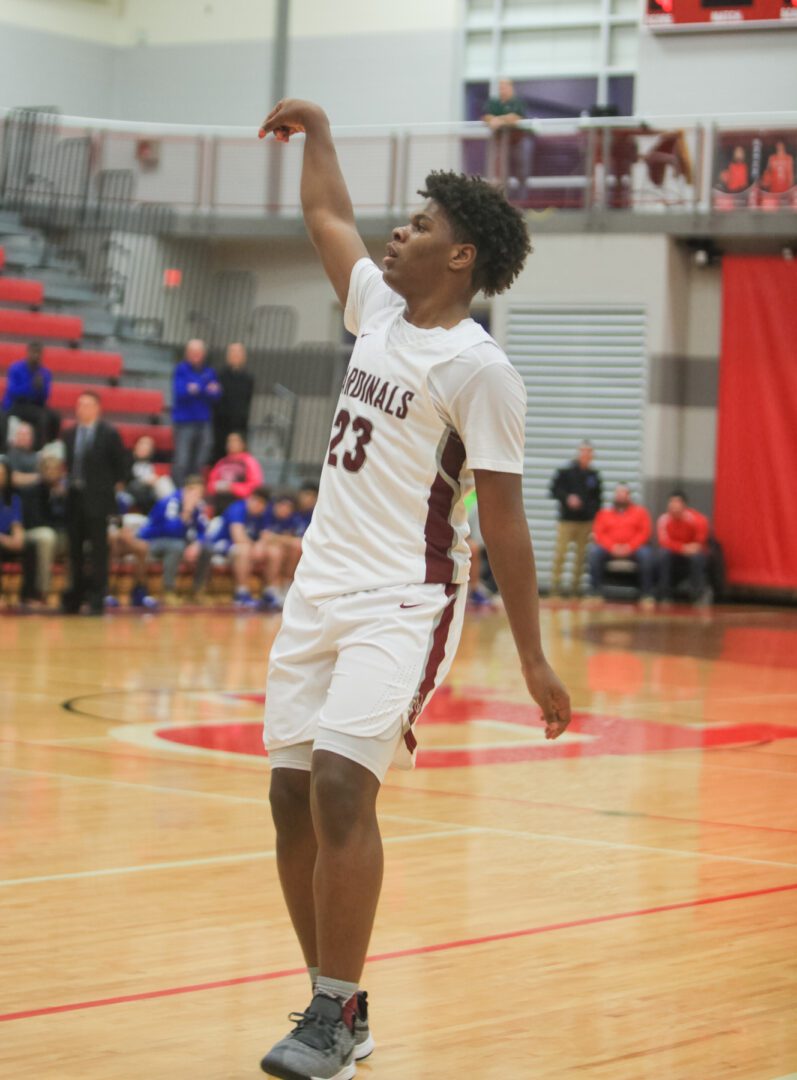 Edmari Mitchell follows through after hitting the 3-pointer for OV. Photo/Jason Goorman 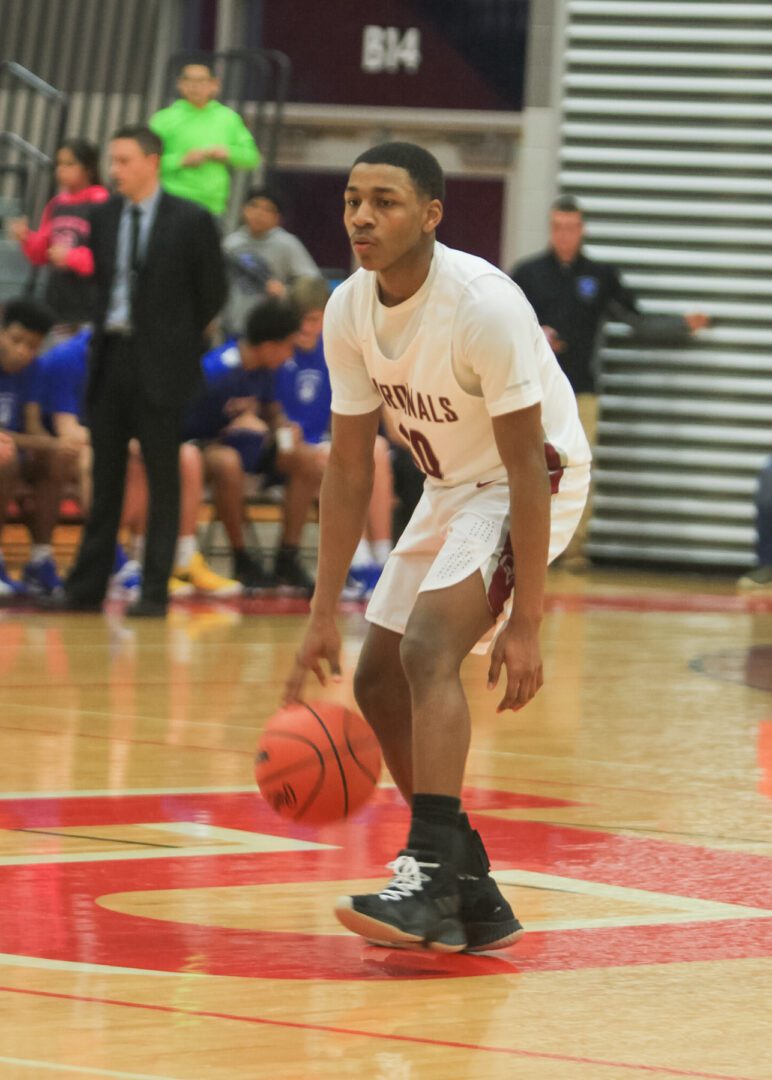 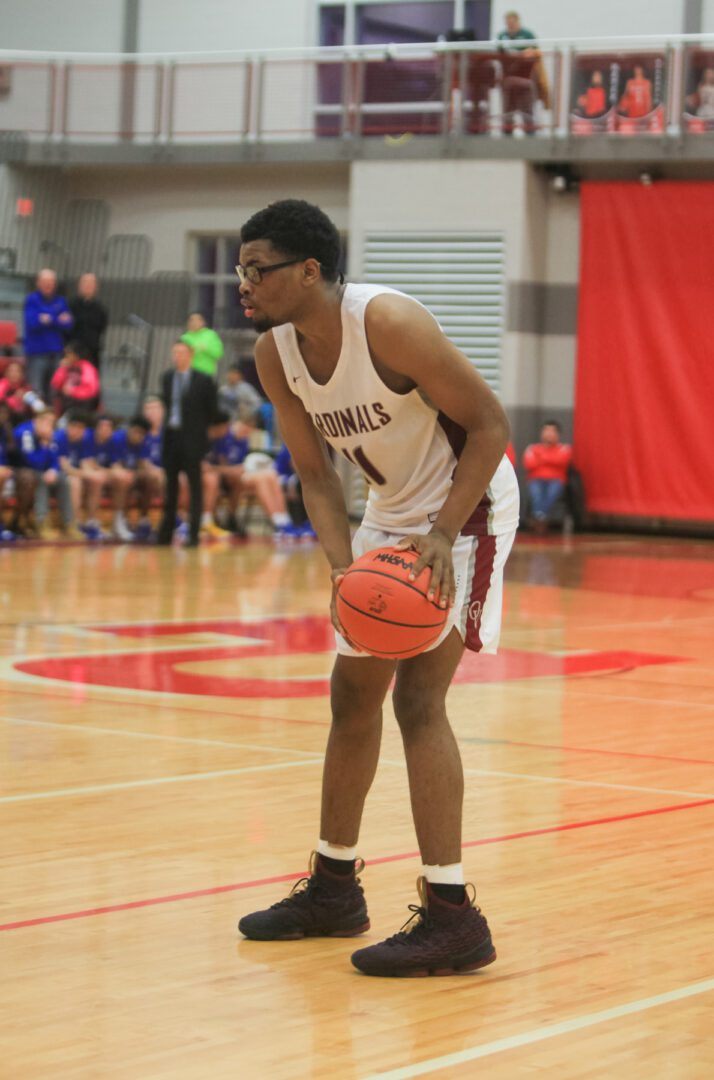 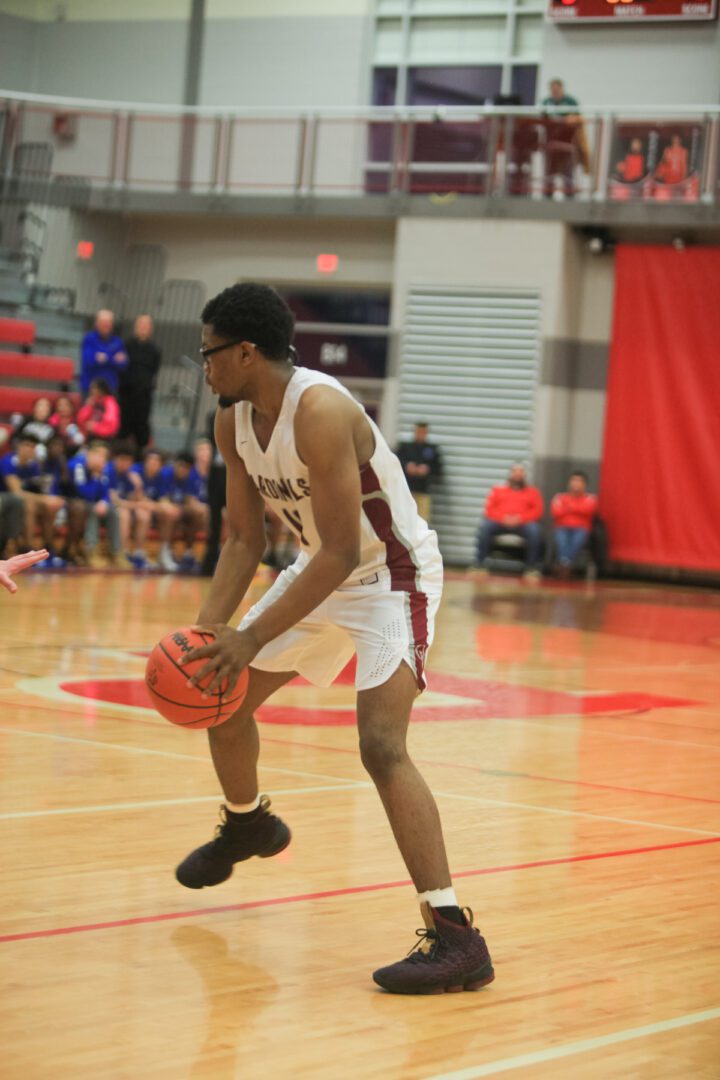 Ludington boys, the ultimate underdogs, could be giant-slayers in the Final 4 this weekend