night, and put on an exciting show in the process. 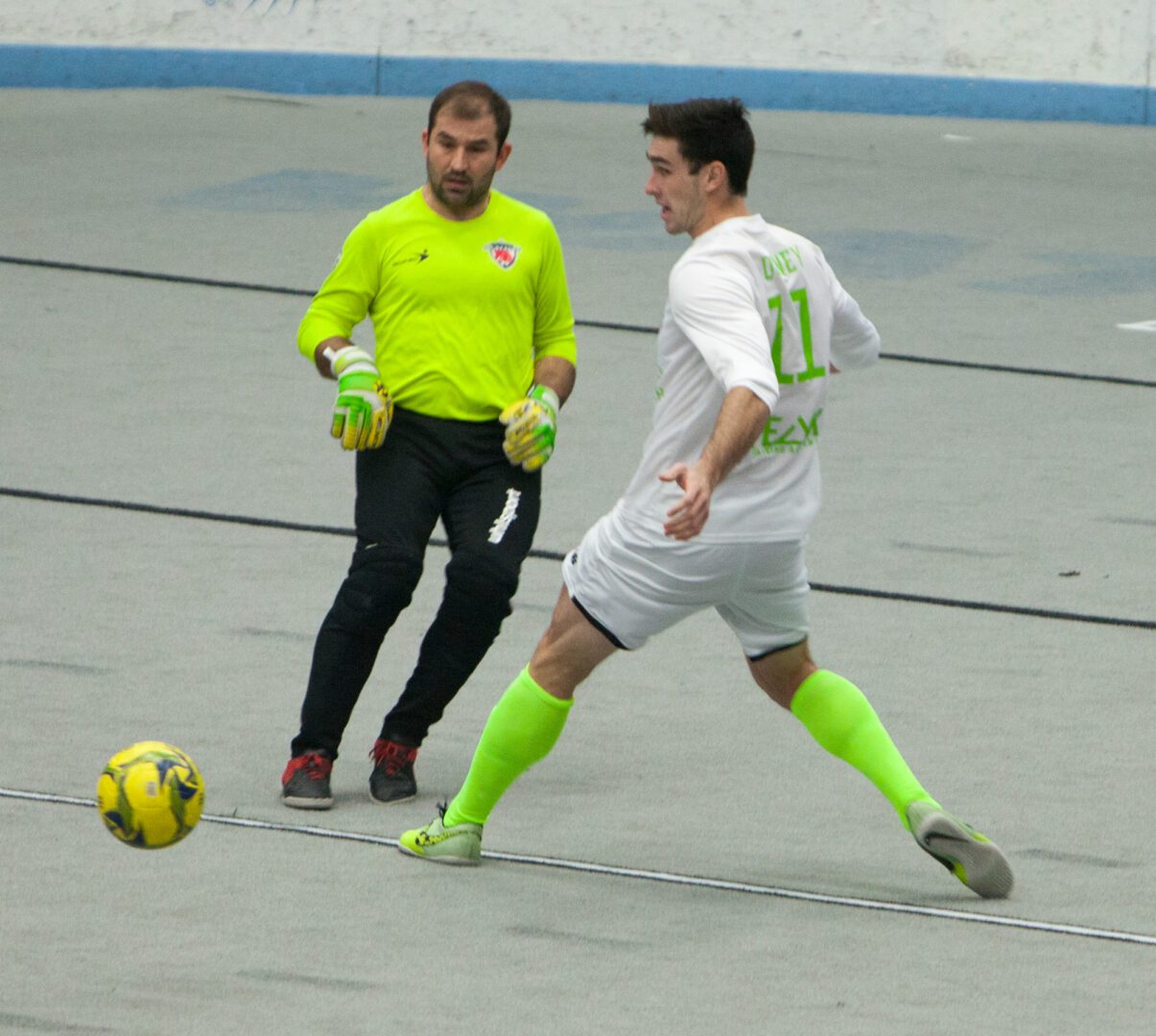 But in the end it wasn’t quite enough, due largely to a controversial call by a referee in the closing minutes of the game.

The Risers battled back from numerous deficits and forced a tie with about six minutes left, but ended up falling 7-6 in a Major Arena Soccer League 2 contest at L.C. Walker Arena.

Muskegon Coach Ben Ritsema said he was proud of his team’s effort against the defending league champions.

“I was preaching to the guys in pregame, they had to work hard against this team, and I think they responded well defensively,” Ritsema said. “(Chicago) can really frustrate you because they can hold the ball for a really long time, which means you have to stay disciplined, but we stayed with the plan and it kept us in the game.

“You can’t question the guys’ heart or desire to win the game.”

Ritsema said the Risers very much wanted to reward the crowd of about 1,500 fans for their loyal support all season. 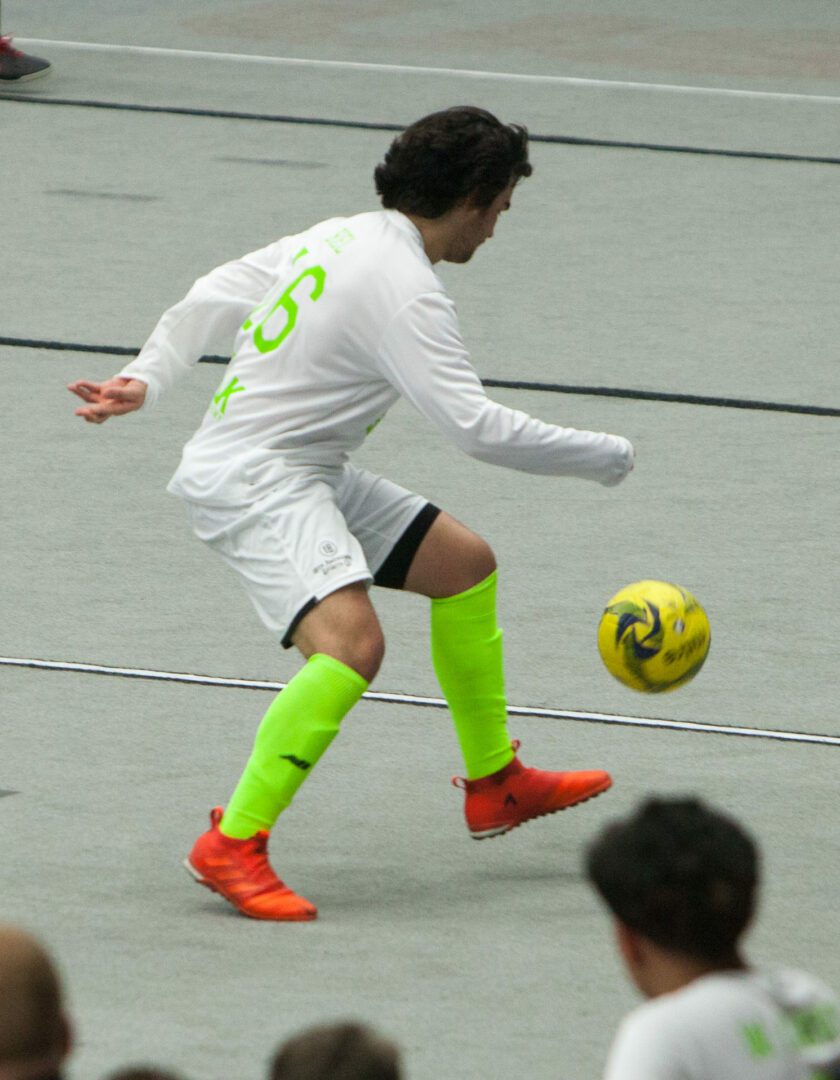 Patrick Biel gets behind the Chicago defense on a steal. Photo/Jason Goorman

Chicago’s Ryan Ybarra scored the deciding goal – his fourth of the game – with 4:28 remaining in the contest. The Risers were playing a man short at the time, because Muskegon’s Aldony Mendez was called for a blue card infraction (two minutes in the penalty box) with 5:40 remaining.

The man advantage gave Chicago just enough of an opportunity to score the last goal and escape with the victory.

“The ref made the call, I’m not sure what he called or why he thought it was a two-minute (penalty),” Ritsema said. “Referees can really impact an indoor game, but we had some chances to score and missed, even in the last three seconds.”

The Risers outplayed Chicago in the first half, outshooting the Mustangs 13-8.

The teams traded goals in the first quarter. Chicago opened the scoring with a goal by Niver Arango at 6:55, and Muskegon answered with a tally by James Dutcher at 10:59. The Mustangs reclaimed the lead with a goal by Alexis Camarena at 13:15, but the Risers knotted things up at 2-2 when Scott Doney found the net just 11 seconds later.

The teams followed the same pattern in the second quarter, with Chicago getting the first and third goals from Ryan Ybarra and Muskegon getting the second and fourth goals from Alexis Mendez and Michael Schmitt, respectively.

The score was tied 4-4 at halftime. 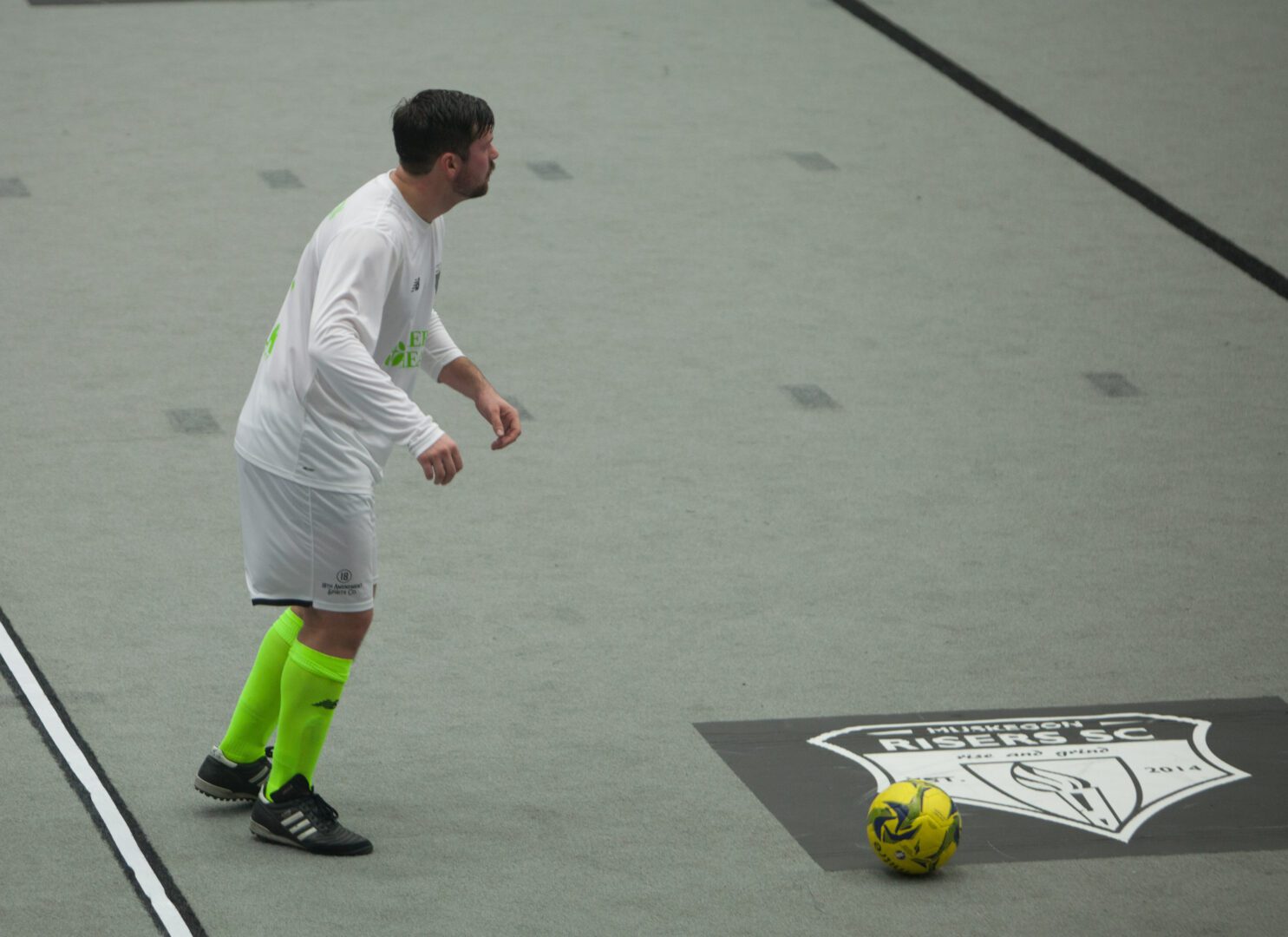 Sean Broekhuizen lines up the free kick for the Risers. Photo/Jason Goorman

Muskegon was again the aggressor in the third quarter, outshooting Chicago 5-4, and barely missing on several good scoring opportunities.

Chicago scored the only goal of the quarter when Ybarra found the net for the third time in the contest.

Muskegon goalkeeper Michael Volmer was injured on that scoring play, and was forced to leave the game. Schmitt, who scored a goal earlier in the game, was pressed into goalie duty for the rest of the contest.

The Mustangs led 5-4 after three quarters.

Muskegon scored just 39 seconds into the fourth quarter when Alexis Mendez did a flip and kicked the ball out of the air and into the goal, tying the score 5-5.

Chicago took a 6-5 lead at the 4:23 mark, but Muskegon got a stroke of luck a short time later when Chicago’s Camarana was called for a two minute blue-card penalty, giving the Risers a man advantage.

The Risers quickly cashed in when Franco Calabrese blistered a high shot into the Chicago goal from about 15 yards out, knotting things up again at 6-6 at the 6:18 mark of the fourth.

That led to the final Chicago power play, and the Ybarra goal that settled the issue.

The Risers will wrap up their indoor season with a road game next Saturday in Rochester. 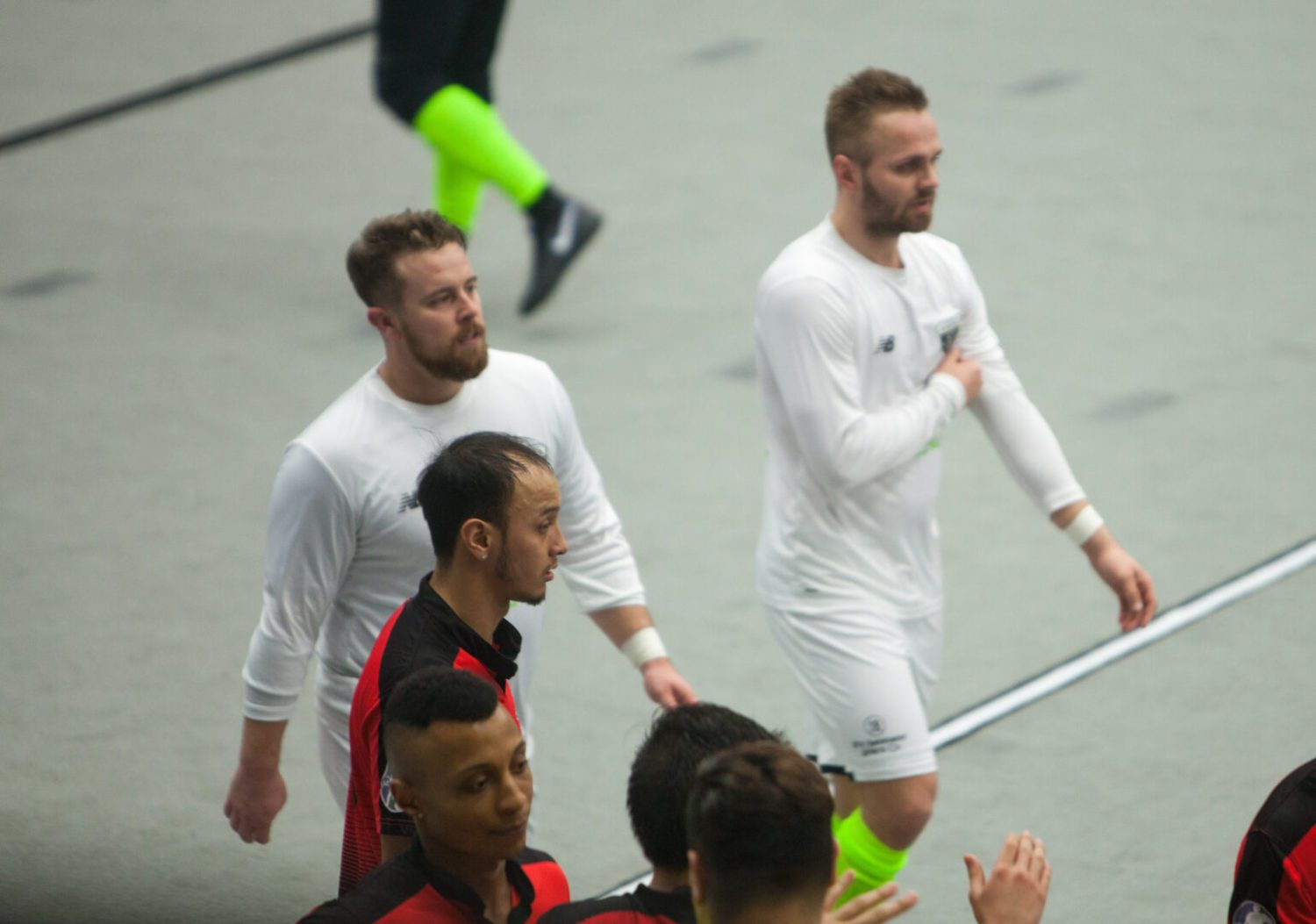 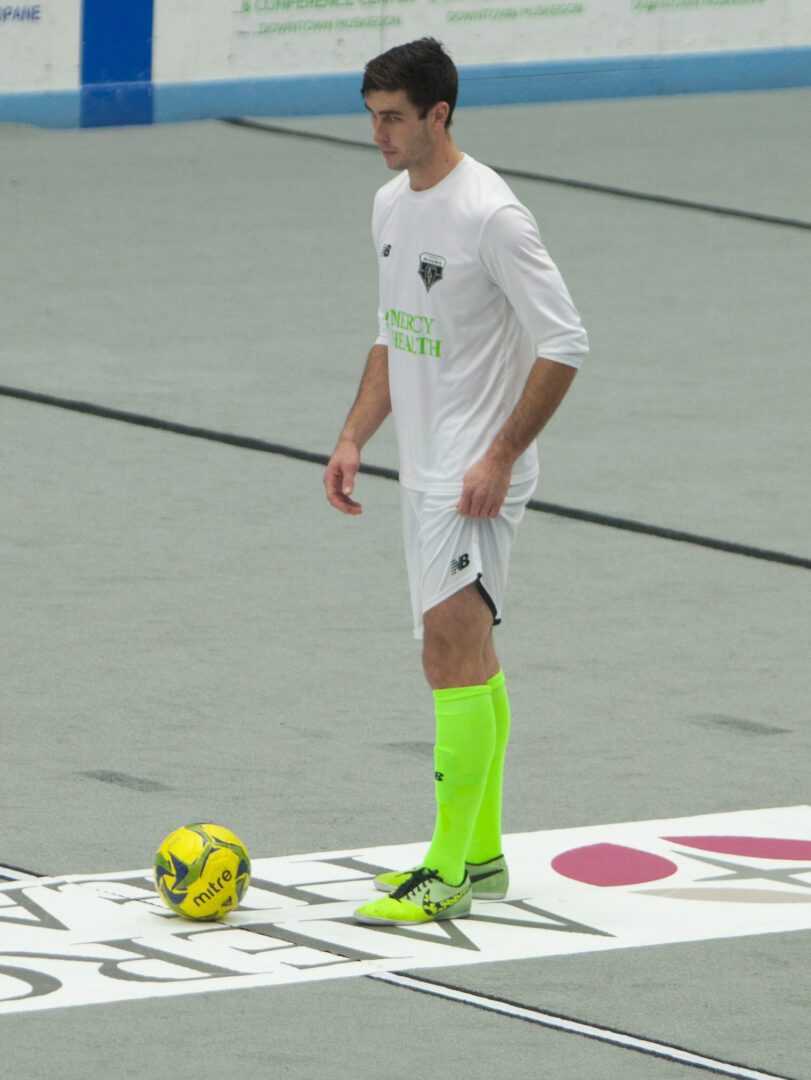 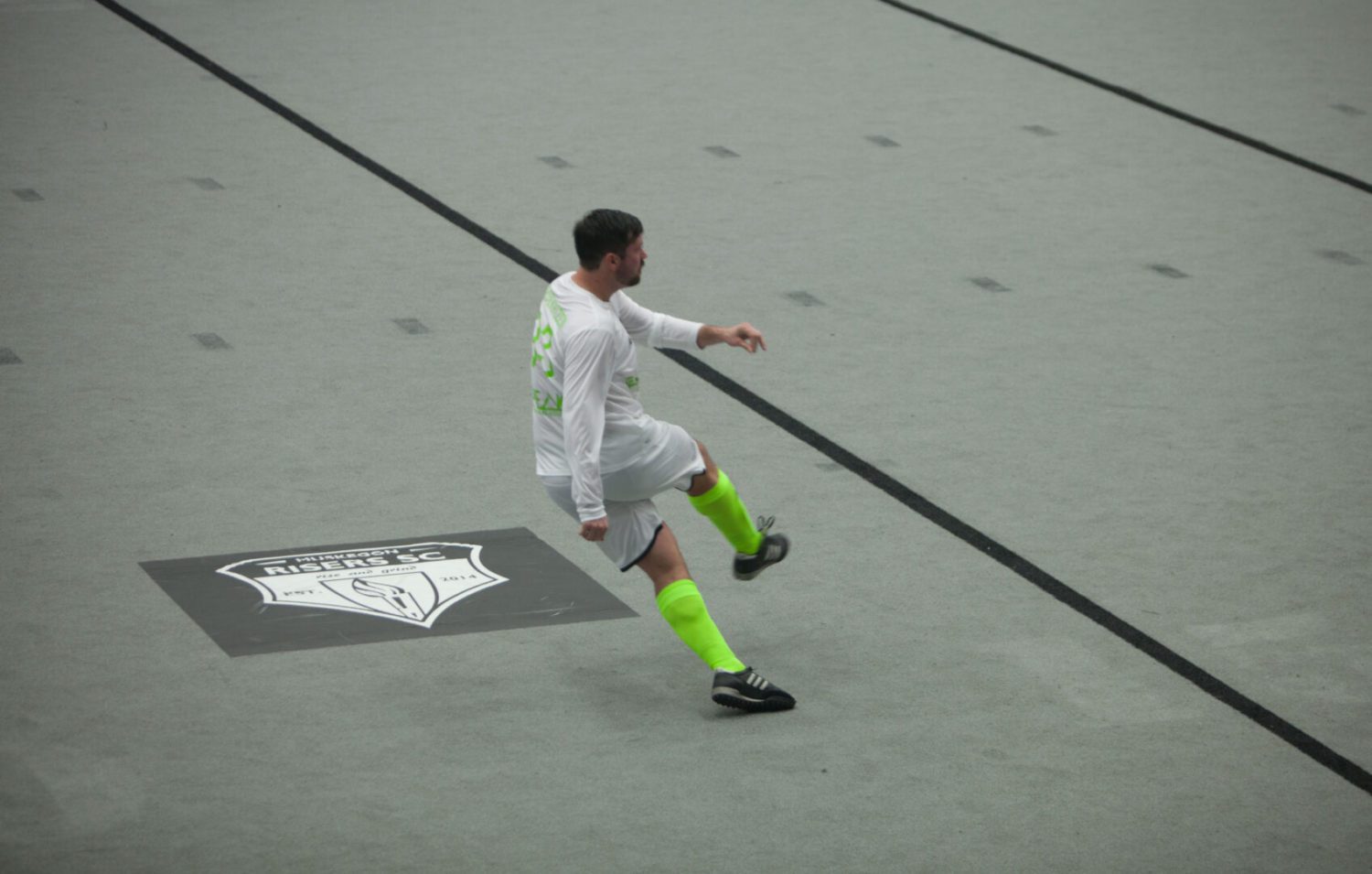 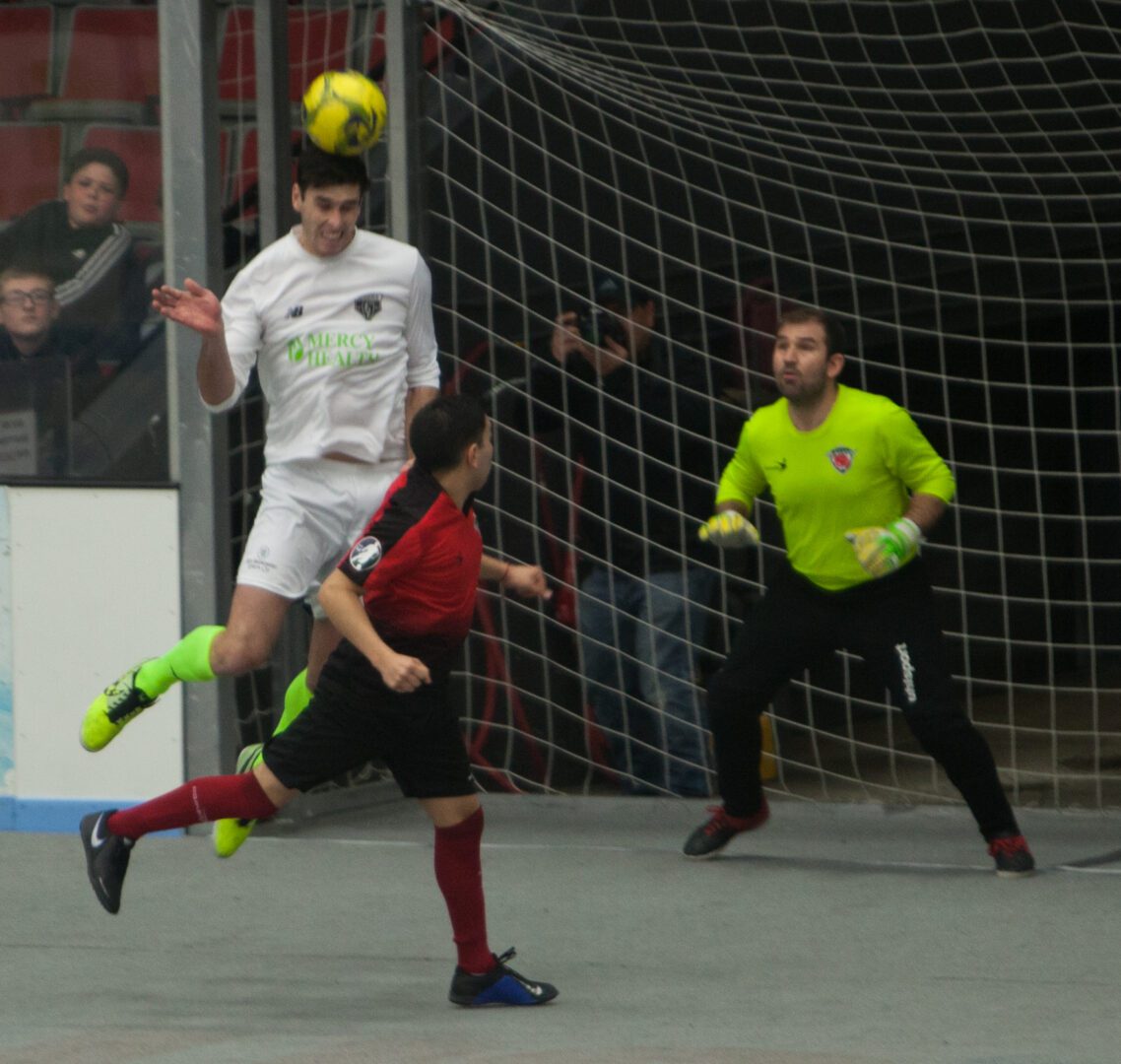 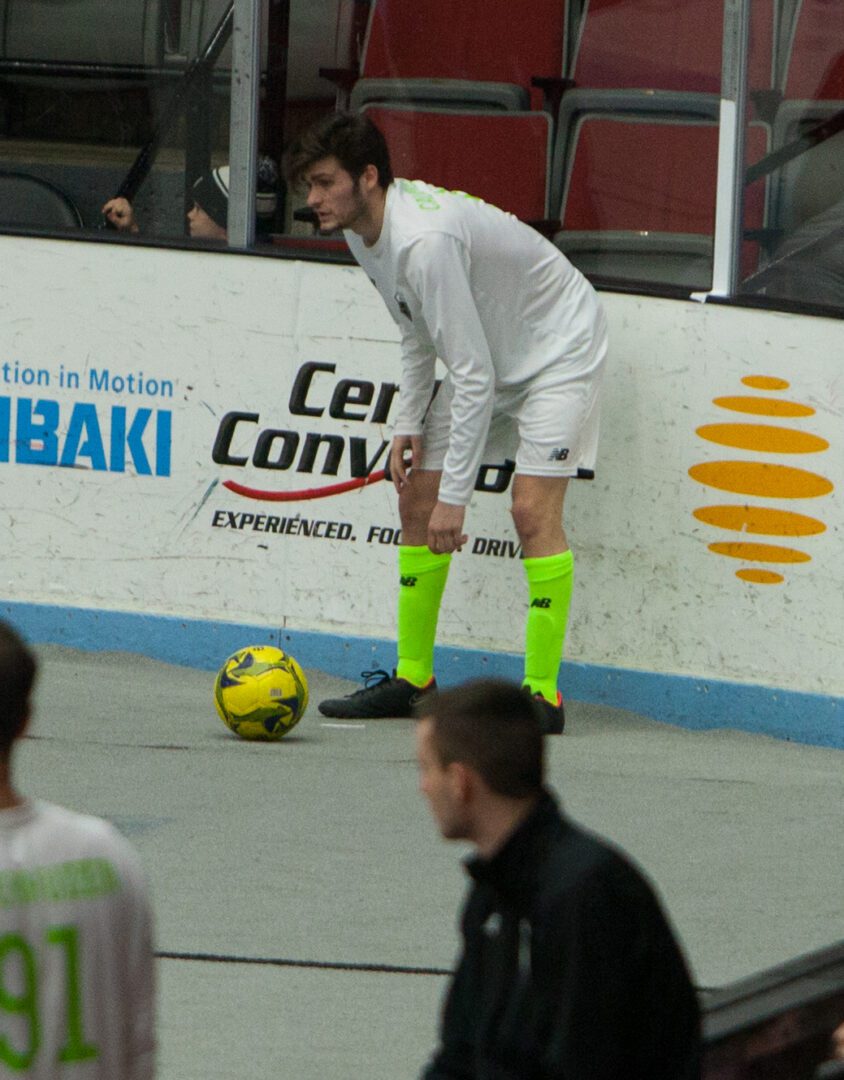