WHITEHALL – When she was in middle school, Kacy Jeffries was a bit concerned about her future on the

basketball court at Whitehall High School – or to be more specific, who her future coach

“All we kept hearing was they couldn’t really find a coach to take over or who wanted to stay,” said Jefferies, now a senior standout for the Vikings. “I remember thinking that I really don’t want them to hire someone who doesn’t know a lot about the game, or someone we wouldn’t get along with.”

Whitehall eventually found its candidate, now fifth-year coach Derek Westerlund, and after a rough couple of seasons the Vikings are thriving on the hardwood.

For Jeffries, with the success the team has enjoyed under Westerlund’s tutelage, it’s been a perfect match.

“He’s not afraid to get on us,” she said about her coach. “He’ll let us know when we’re not doing things the right way. But he’s also so supportive. It’s been really, really good.” 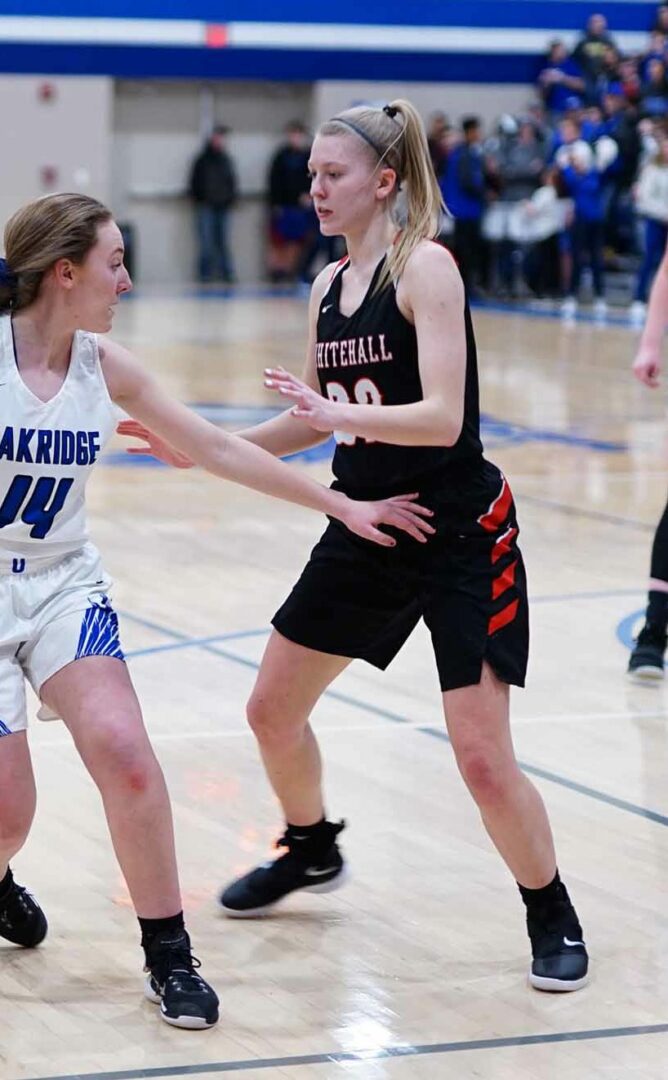 Whitehall has roared through the regular season with a 17-2 record, and is more than ready for the Division 2 district tournament this week. But the Vikings will face perhaps their toughest test in the first game of districts, against West Michigan Conference rival Oakridge on Monday at Whitehall High School.

It will be a rubber match for the Vikings and Eagles, who split their two regular-season meetings this season, with each winning on their home court.

The earlier victory over Oakridge, on Jan. 8, was the pinnacle of the rebuilding process for Whitehall. The Vikings scored a thrilling triple-overtime win over the Eagles, which snapped Oakridge’s legendary 82-game win streak in the West Michigan Conference.

“Before, during my sophomore year and junior year, we lost to them and they’d just have a way to get in your head,” said Jeffries, whose team finished second to Oakridge in the West Michigan Conference standings. “We were always timid or nervous playing against them. This year, with the girls we have, we knew we could do it. And when that moment finally came, it was the best feeling ever.”

It was a moment that was unrealistic when Westerlund first started at the school. The Vikings went 4-17 in his first season in 2014-15, and there was clearly a lot of work to do.

But slowly things came together. Westerlund said he tried to influence his players on how to “do things the right way,” with dedicated practice and training habits and working relentlessly on the fundamentals of the game.

It helped to have some players, like Jeffries, who considered basketball their first love.

“I’m lucky to have girls like the Jeffries sisters (Kacy and younger sister Karleigh) and (sophomore) Greta Hosticka, who just love basketball,” Westerlund said. “They’re basketball-first type of athletes, and I’m not sure there was a lot of those here when I first started.”

Westerlund said the Vikings’ senior players, many of whom are in their third year of varsity, have been pivotal to the team’s success. 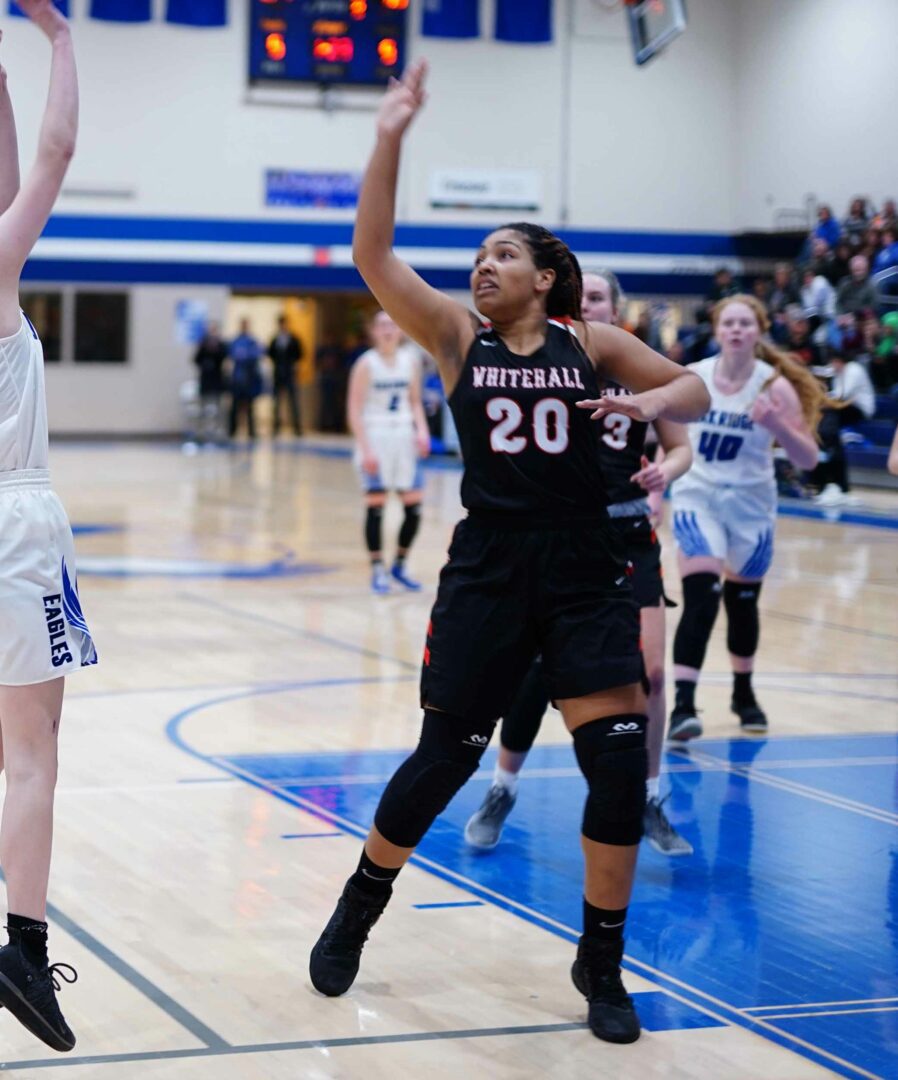 Jeffries, a 5-foot-8 guard, leads the charge with her deadly outside shooting stroke. She said she’s already drained “either 44 or 45” triples this season, which is closing on her season-high of 49 that she hit as a sophomore.

Forward Abby Seeger was lost for a few games with a sprained ankle earlier this season, and her return to health was pivotal, because she’s the Vikings’ best rebounder and post defender. At point guard, Baliee Spicklemire is the Vikings’ defensive wizard, holding the school record for steals in a season. She has more than 130 steals over the past three seasons.

Added with talented sophomore Hosticka and junior Riliegh Thommen, the Vikings have more weapons who can change the face of the game than they’ve had in quite some time.

Among the concerns for the Vikings are their occasional scoring droughts. Perhaps the best example came in their last game against Oakridge on Feb. 8, when they netted just 29 points. But their defense has often picked up the slack.

“Our staple is our defense,” Westerlund said. “They work so hard on that end. As a coach, you want things to be perfect and you tend to nitpick at things, but when I sit back to watch video, it’s really impressive seeing the effort and work they put in on defense. We’re always in games because of our defense.”

As Jeffries says, “Our defense is on fire when we’re on.”

Jeffries hopes it’s on again on Monday against Oakridge. A win could propel the Vikings to a long-awaited district championship, and perhaps an even longer run in the state tournament.

“My mind is open as the sky,” Jeffries said. “I’ve thought about it a lot. It would be so huge for the program. We’ve put in so much time at open gyms and working on our games in the off-season. We’ve really put forth all of this effort just for this.”