MUSKEGON TOWNSHIP – First it was the city crown for the North Muskegon girls tennis team.

The Norse, ranked fifth in Michigan in Division 4, were eager to reclaim the championship of the Greater Muskegon Athletic Association City Tennis Tournament. They won the title two years ago, before losing it last year to Whitehall. 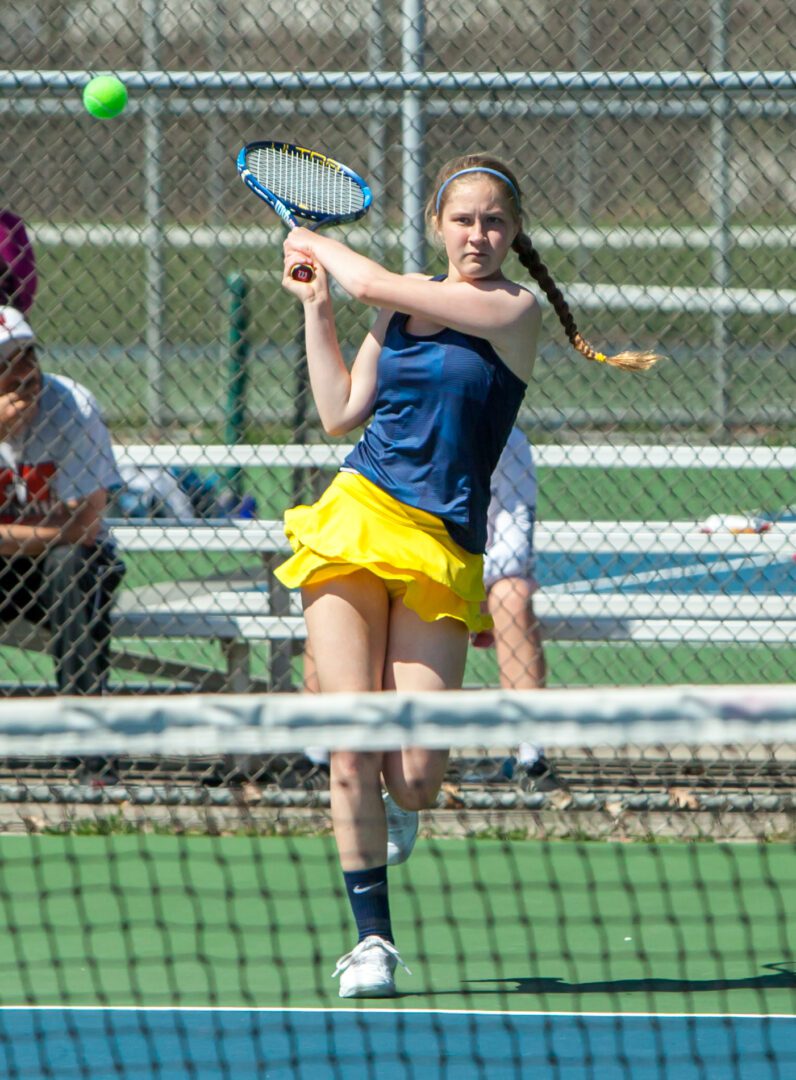 North Muskegon’s Alicia Hall follows through on a shot during her No. 1 singles championship win. Photo/Jason Goorman

“We weren’t positive this was going to happen today,” said third-year North Muskegon Coach Cody Liverance. “We had a few changes in the lineup with some girls missing. I told the girls at practice yesterday, I felt fully confident that we were the best team in the county, but I didn’t know if the results would show today.

“But they all showed up and played really, really hard and well, from top to bottom. One through 12, this was the definition of a team effort. Our two, three and four doubles teams really came up with some big wings to get us those points that we needed to get over the top.”

With the city tournament checked off their list, the Norse will now focus on nailing down the West Michigan Conference championship, and hopefully making a deep run in the upcoming state tournament.

“I am cautiously optimistic that if we get some good draws at state, and everyone is back and firing on all cylinders, I believe we can be a top three team at state,” Liverance said.

North Muskegon captured championships in four of the eight flights in the city tournament, including No. 1 singles (Alicia Hall), No. 2 singles (Claire McCall), No. 1 doubles (Lily Montgomery and Belles Hardman) and No. 2 doubles (Sarah Muzzy and Carina Steketee).

They also had finalists in No. 3 singles (Noa Bowen) and No. 4 singles (Lindsay Bliss).

Hall, a sophomore, claimed the top individual prize in the tournament by winning the No. 1 singles championship. She has a surprisingly easy time in the finals, defeating Fruitport’s Trinity Busscher in straight sets, 6-2, 6-1.

“I started working with her the summer after her eighth-grade year,” Liverance said about Hall. “I didn’t even know if she was going to play tennis at that point. She was a potential soccer player. But I worked with her, got her on the tennis grind, then she showed up last year, wasn’t expecting to do much, and ended up being our top singles player.

“She took some lumps last year, but has worked on her game very, very hard. It was kind of emotional to see her come off in tears today after she closed (the flight championship) out. It’s exciting to know we will have her a few more years.”

Other individual flight champions in the tournament were Olivia Parling (No. 3 singles) and Hannah Kelly (No. 4 singles) of Fruitport; and Holli-Brus and Michaela Sander (No. 3 doubles) and Gabby Alderman and Lena Peisker (No. 4 doubles) of Mona Shores.

Other runners-up were Busscher (No. 1 singles), Haleigh Winskas (No. 2 singles). and Alison Blakeman and Emily Dirkse (No. 1 doubles) of Fruitport; plus Lily Groesl and Jennifer Mark (No. 2 doubles), Braley Johnson and Sarah VanDam (No. 3 doubles), and Chloe Christensen and Lacy Herbert (No. 4 doubles) of Whitehall. 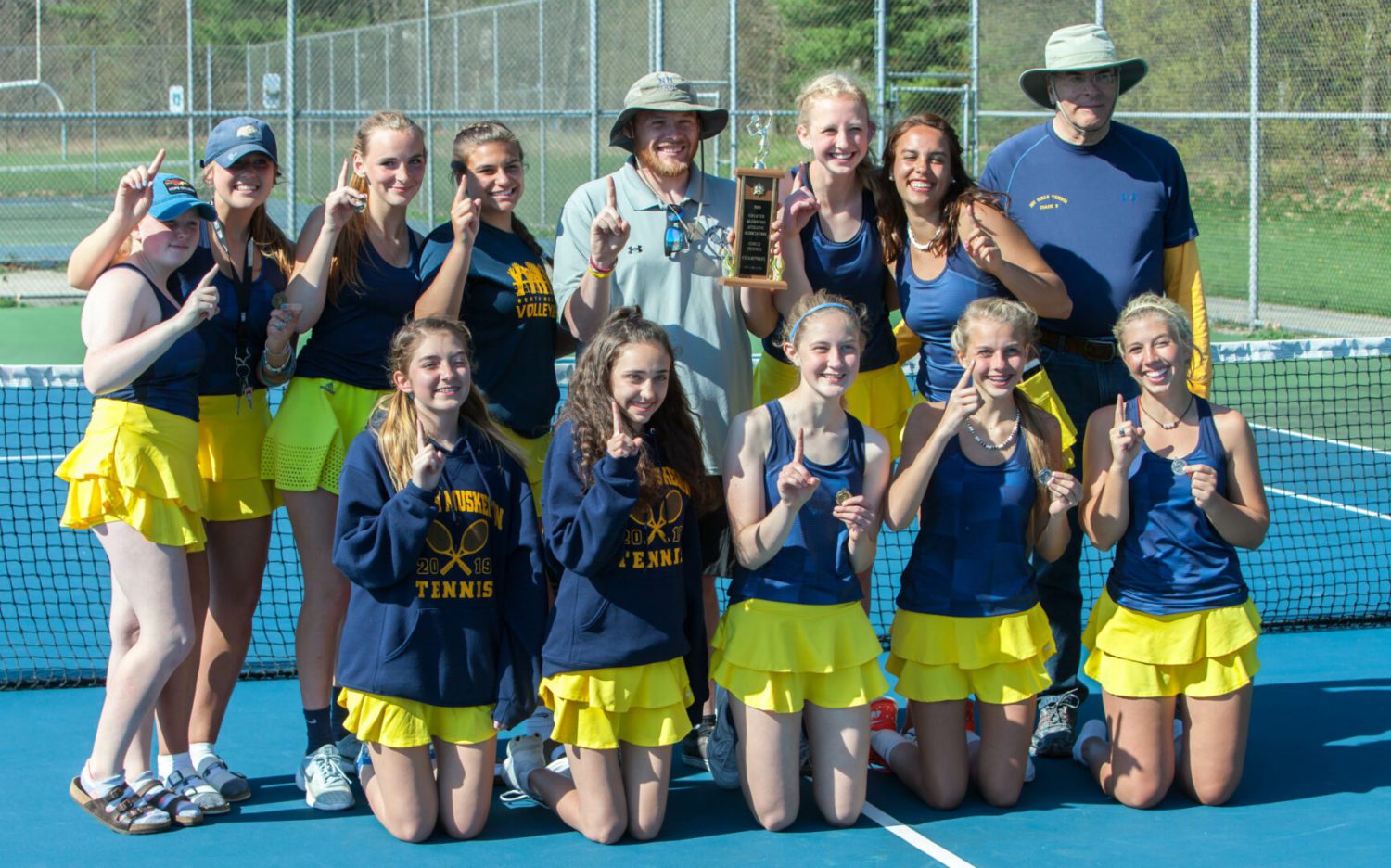