TWIN LAKE – There was a time, not so long ago, that the Mona Shores boys golf team could count on taking home 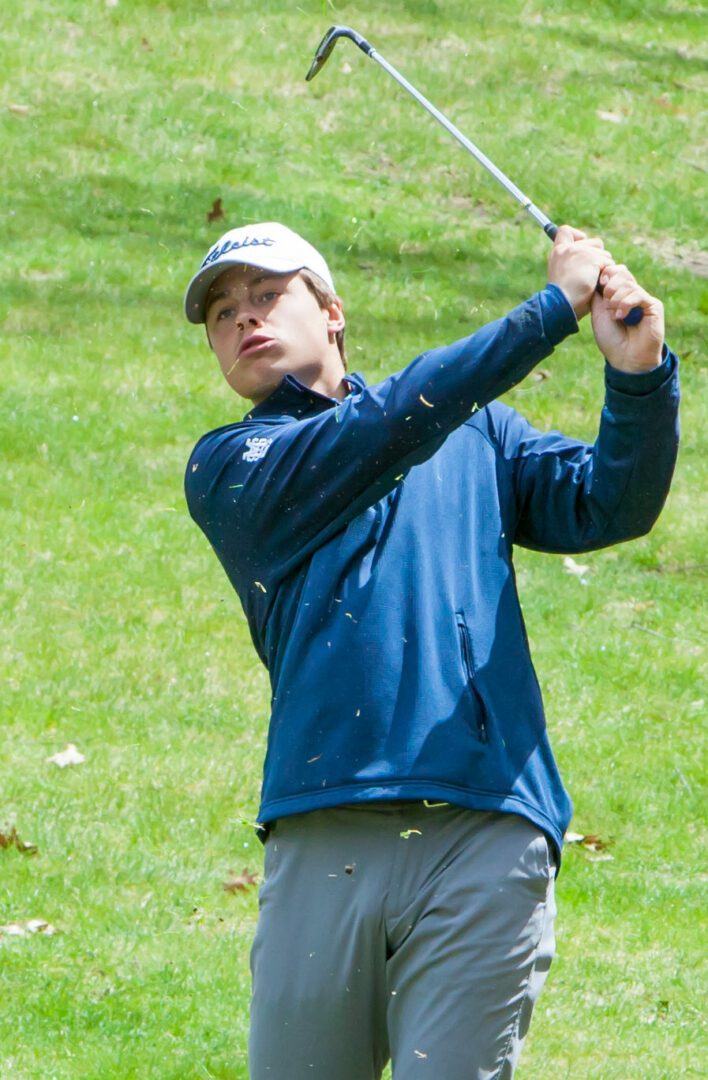 But Reeths-Puffer stole the crown for the past two years, and the Sailors didn’t like it. This year one of their priorities was to recapture local superiority, and they did that on Friday in convincing fashion, winning the city tournament by a comfortable margin at Stonegate Golf Course.

Mona Shores shot a sizzling team score of 296. Reeths-Puffer was a distant second with 326 while Whitehall was third with 329.

“I think this is our 33rd championship (in this tournament) since the early 70s, but we definitely wanted to get back on the right track,” said Mona Shores Coach Scott Volkmann. “We had a countdown clock in the golf room this winter, and the city tournament was on it. The boys were not lacking in motivation. It was probably a blessing in disguise, losing the last two years.”

All five Mona Shores golfers had great days, shooting in the 70s, and all finished in the top 10 of the individual standings.

The top Sailor was junior Nathan Taylor, who won the individual tournament championship with a 71, one shot ahead of teammate Logan Armstrong, who finished second.

Taylor was a surprise champion to a lot of observers, because he didn’t finish in the top 10 in the tournament in his freshman or sophomore seasons. He said that’s because, before this season, he didn’t take golf all that seriously.

“This season I’ve definitely played a lot more into golf,” said Taylor, the son of Tim Taylor, the former president of the Muskegon Lumberjacks. “Last season I was not fullly in, my freshman season I was not fully in, but this season I’ve played a lot. Something just clicked when I started playing well early in the season, and I’ve been pretty steady.’ 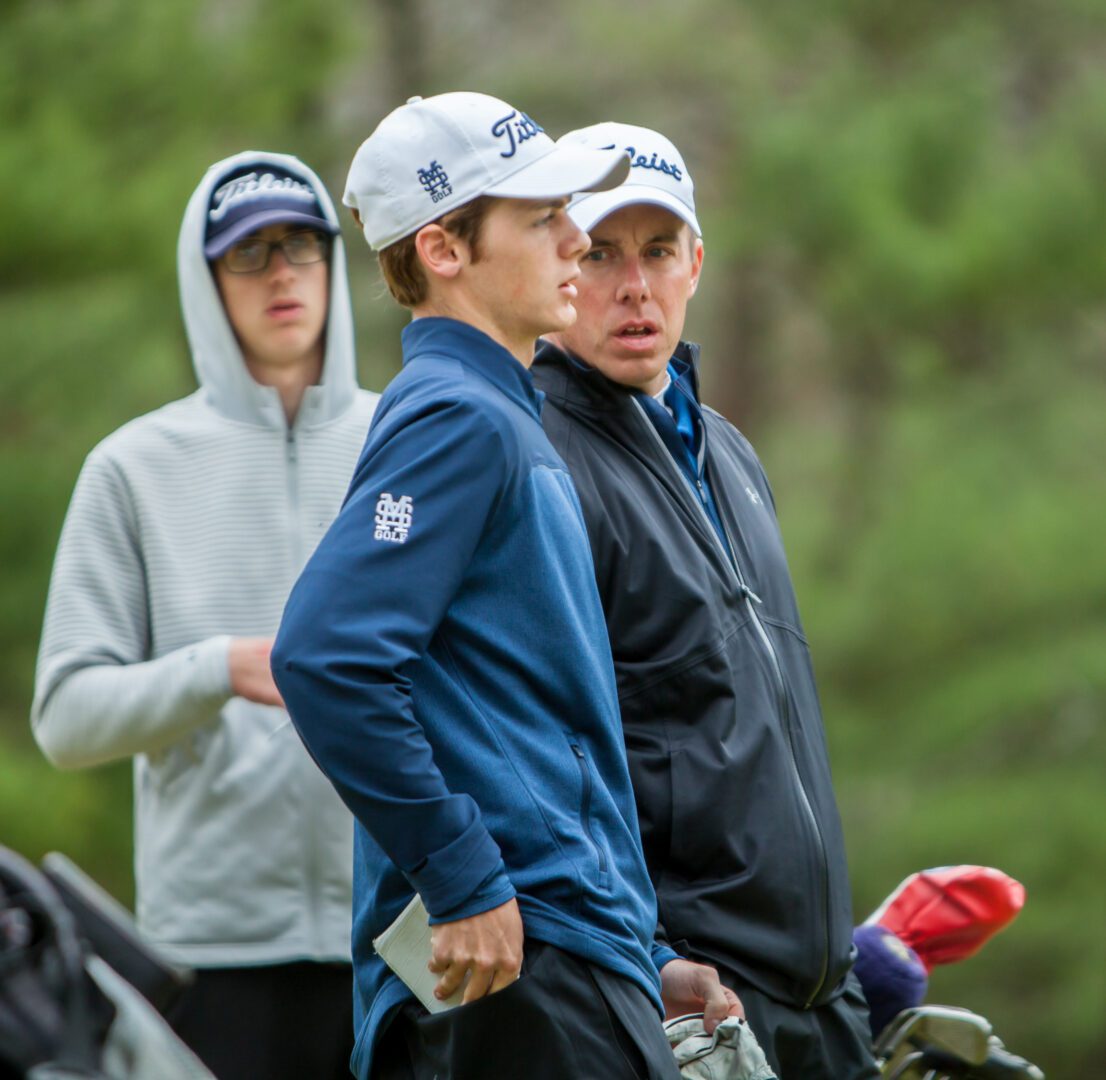 Volkmann agreed that Taylor has a completely new focus on the game this season.

“He’s been a kid I’ve basically been stalking since middle school to play golf,” the coach said. “His dad was on a couple state championship teams at Mona Shores, and I was just trying make him understand how good he could be. This year he’s all in. He’s a great hockey player, too, but this year he has committed himself to golf, and that showed today.”

Their great round was indicative of the kind of season they’ve been having. Mona Shores is currently leading the O-K Black Conference, and Volkmann is hoping the Sailors will soon crack the state rankings and make some noise in the postseason.

“We have lots of depth this year, not only with the guys here, but the guys back home and the players on the JV team, as well,” said Volkmann, whose lineup included two seniors, a junior, a sophomore and a freshman on Friday. “The hardest part right now is getting in the lineup. There’s a lot of competition, which is making everyone better, so it’s great.”

Whitehall’s Steve Cullen finished third in the individual standings with a 72. Reeths-Puffer’s Zach Petroski also shot a 72 and was fourth, based on the tie-breaking system. Whitehall’s Liam Johnson was sixth with a 75, Reeths-Puffer’s Cody Petroski was eighth with a 76, and Western Michigan Christian’s Caleb Minasian was tenth with an 82. 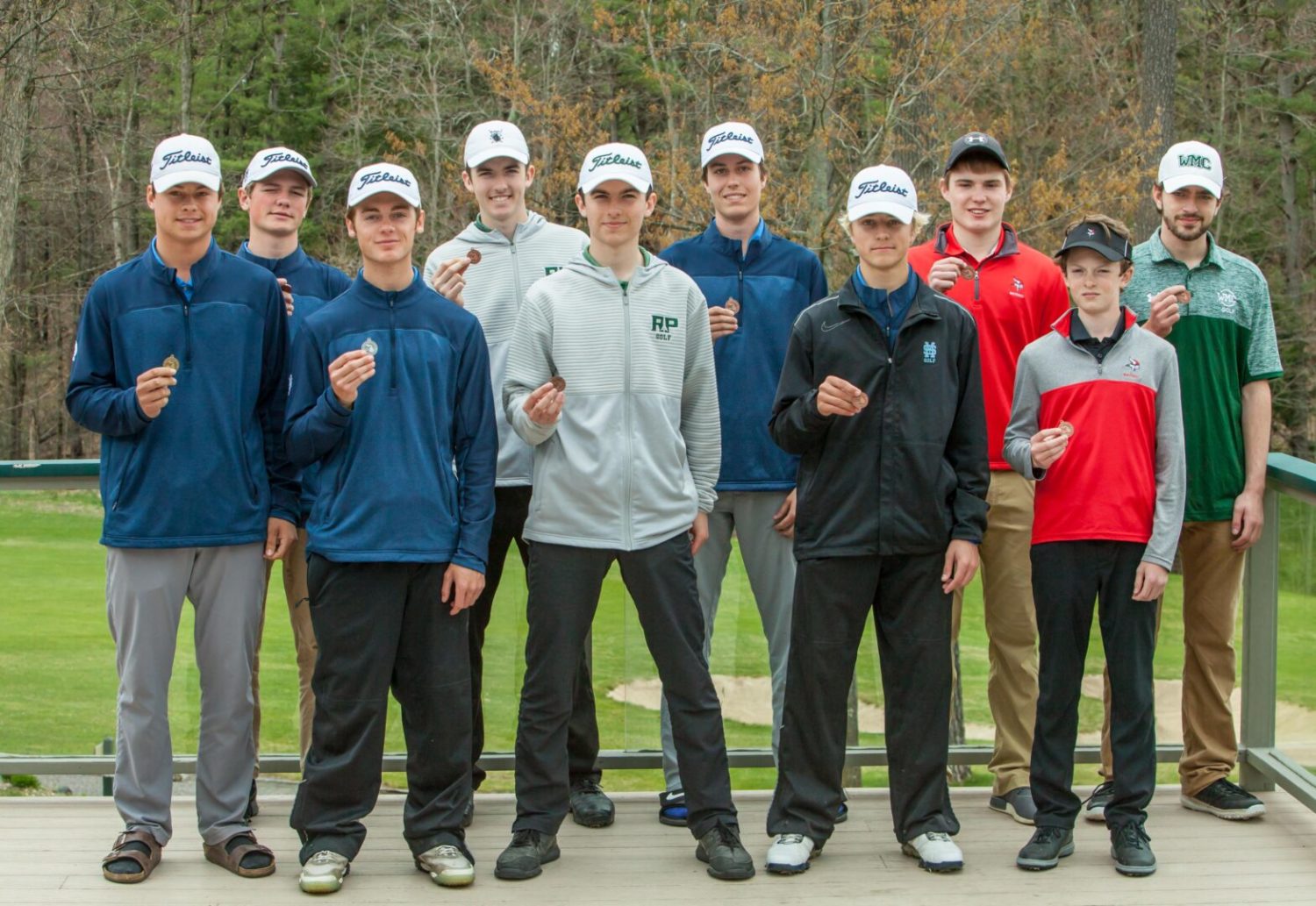 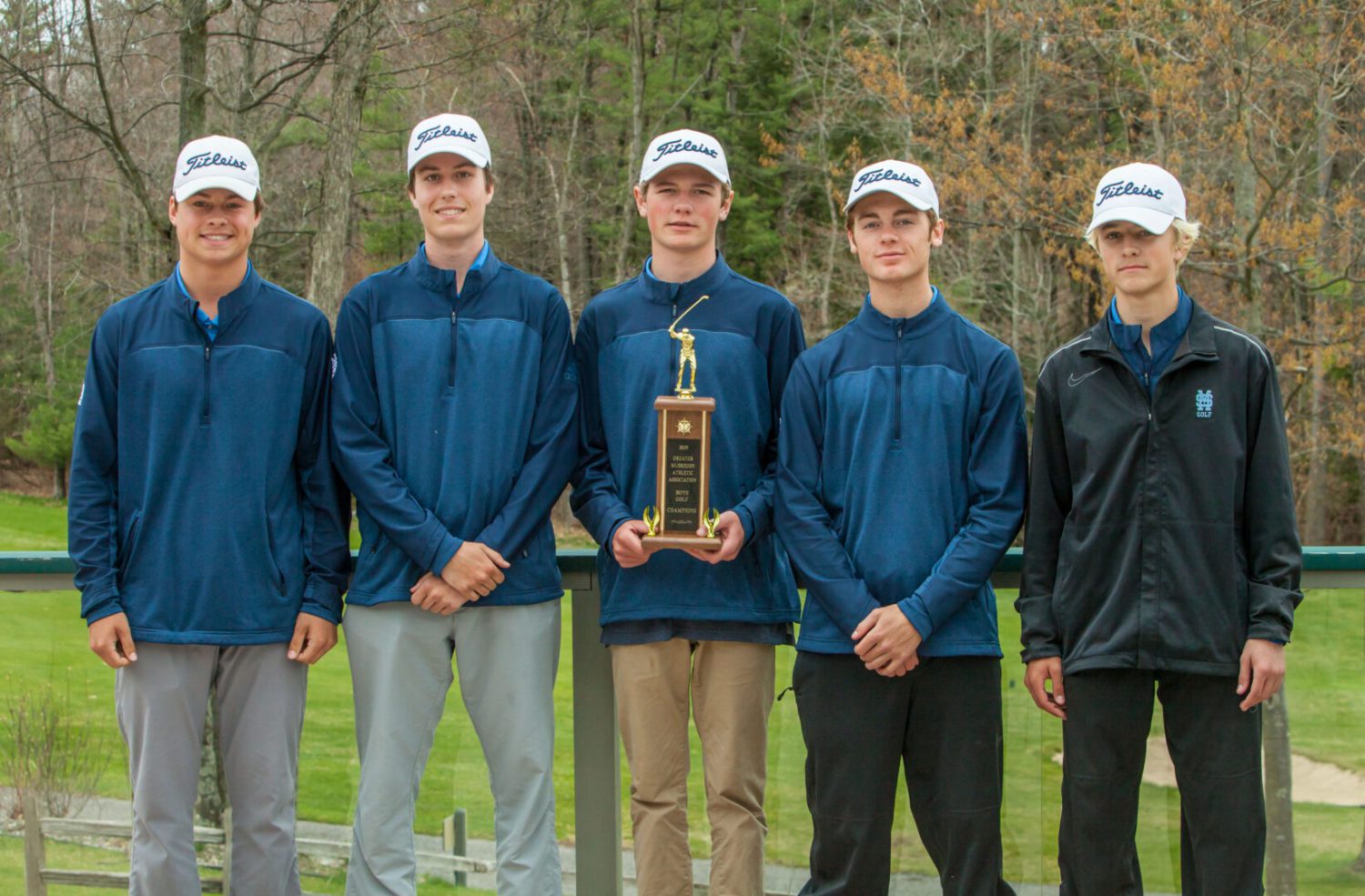 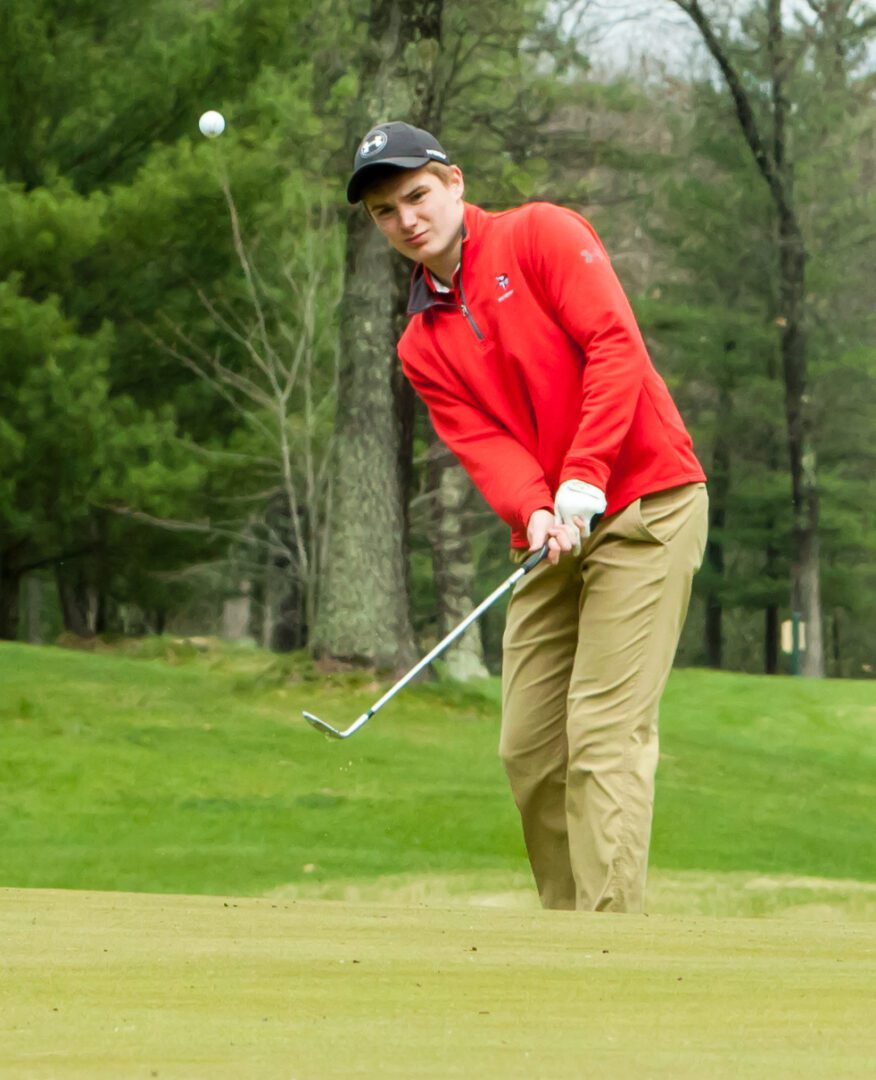 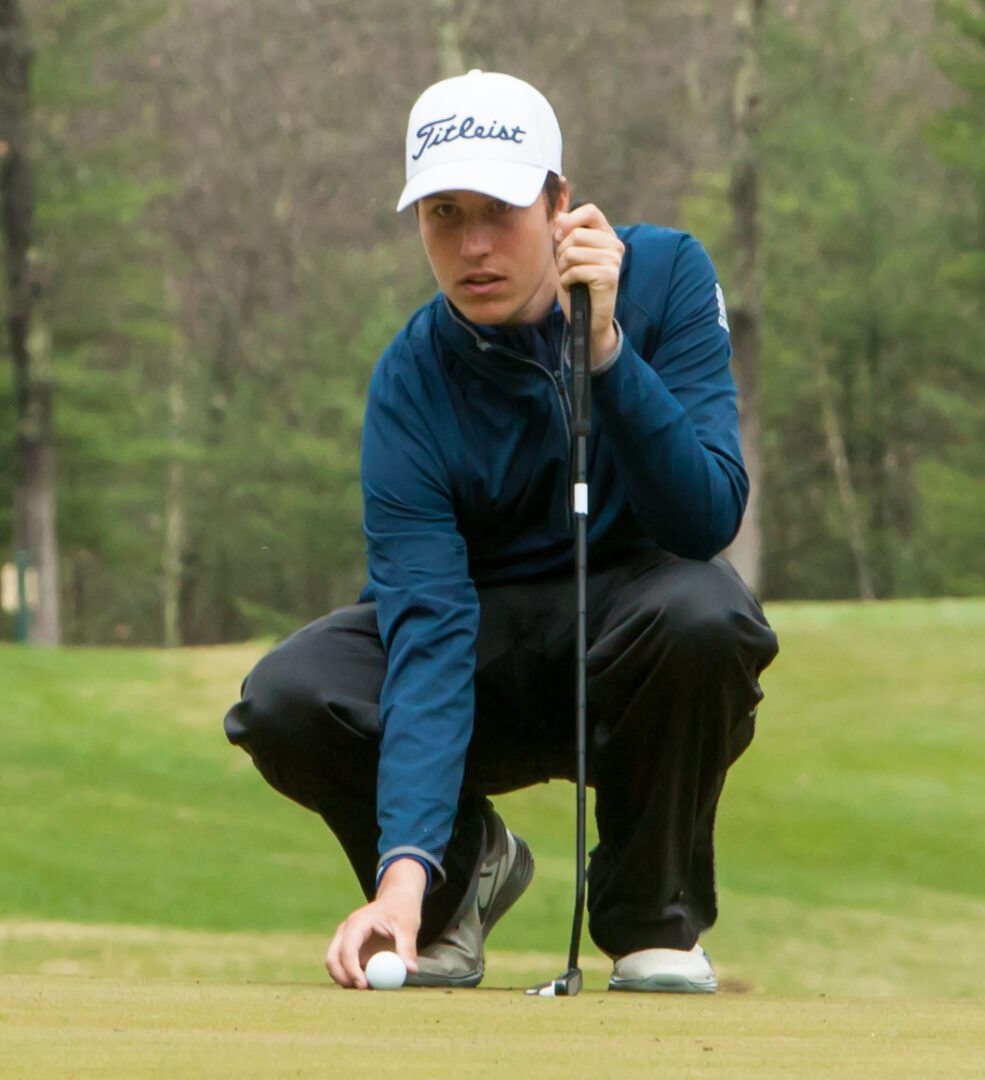 Mona Shores’ David Ackley lines up his put on Hole No. 15. Photo/Jason Goorman 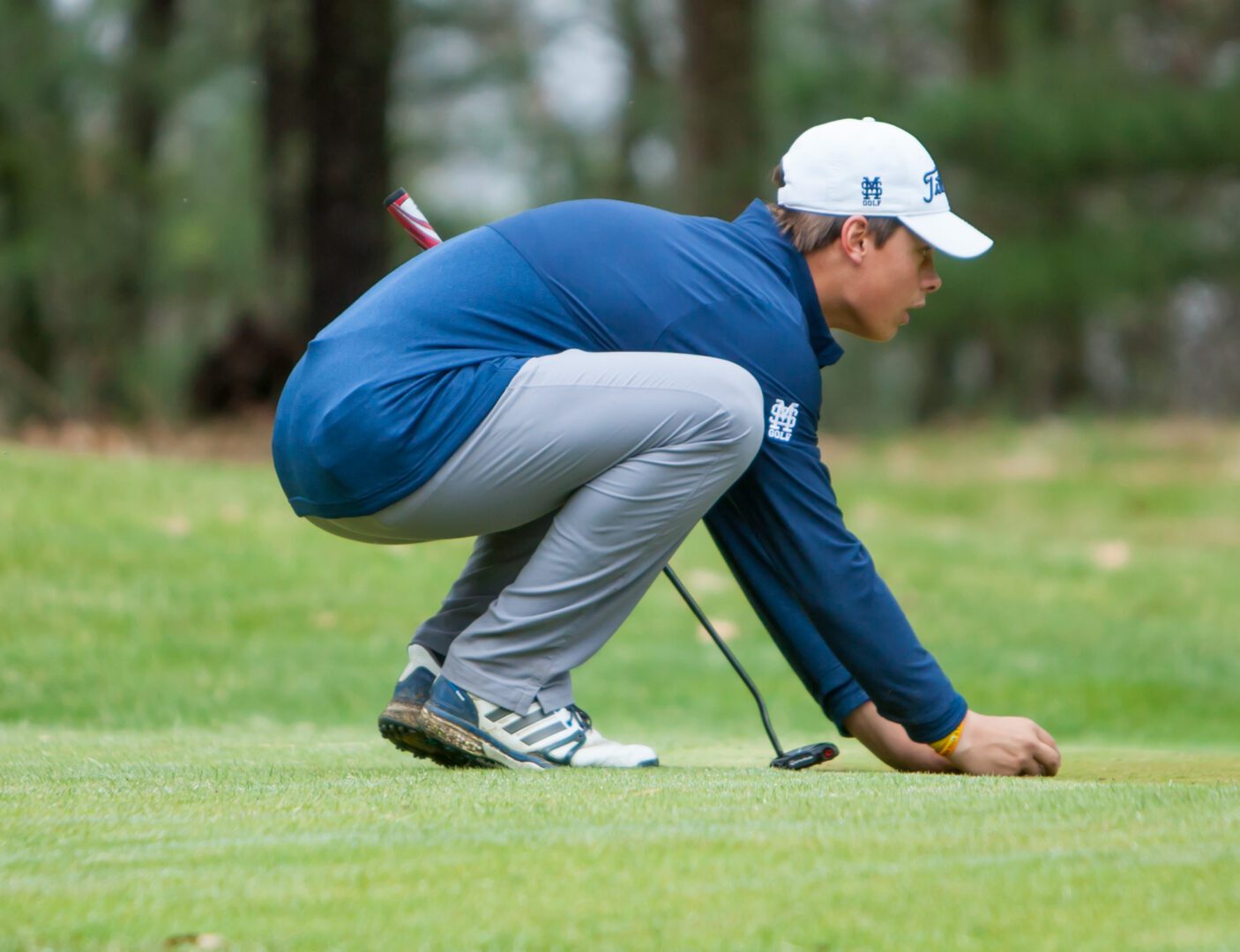 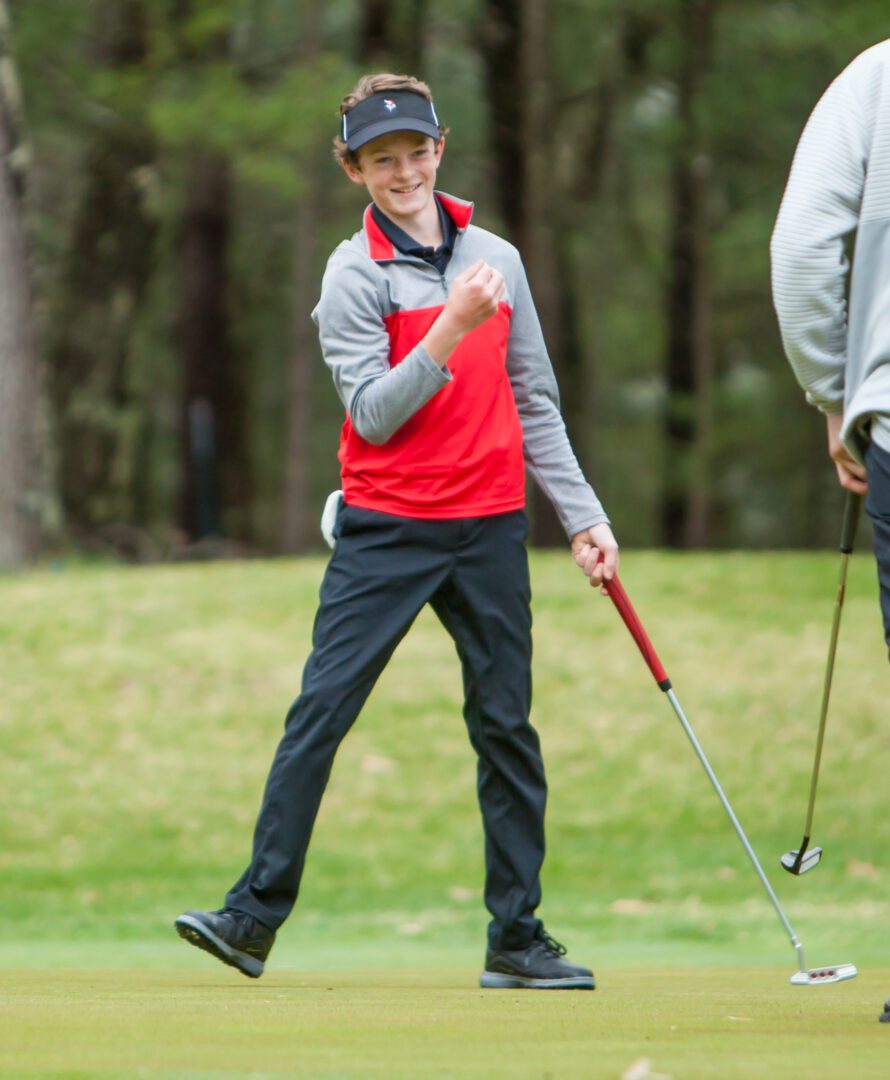 Whitehall’s Steve Cullen gets a happy feeling after sinking a put for a birdie. Photo/Jason Goorman 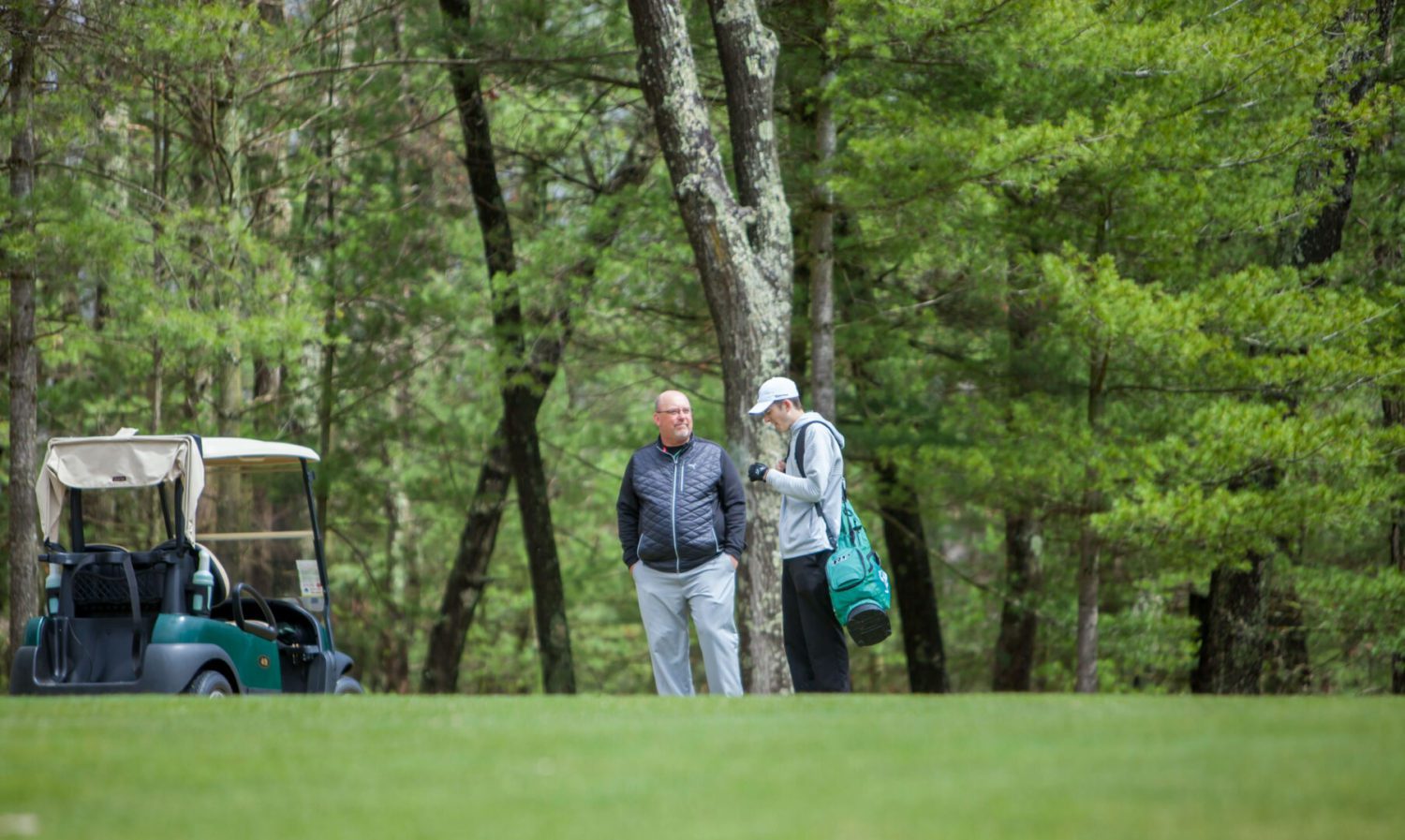 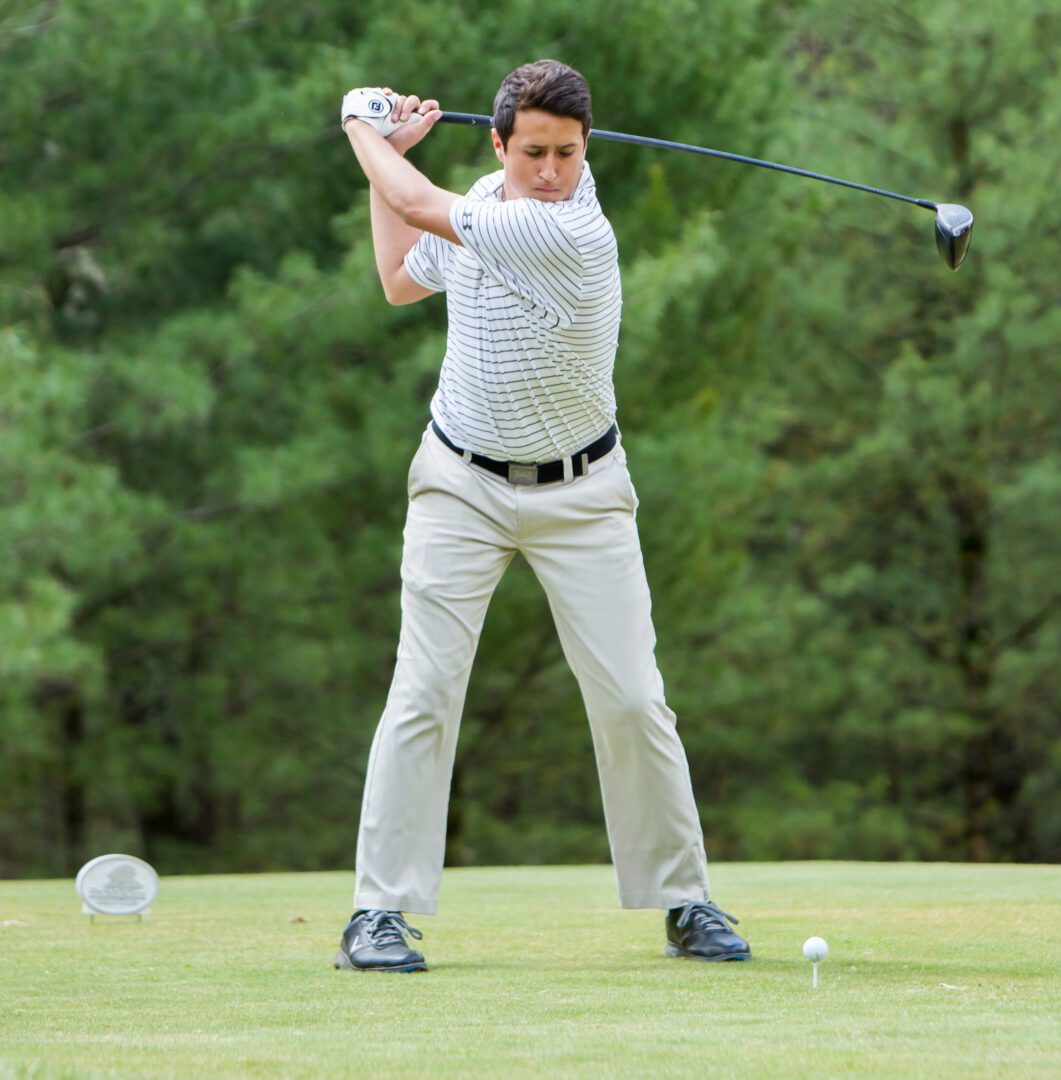 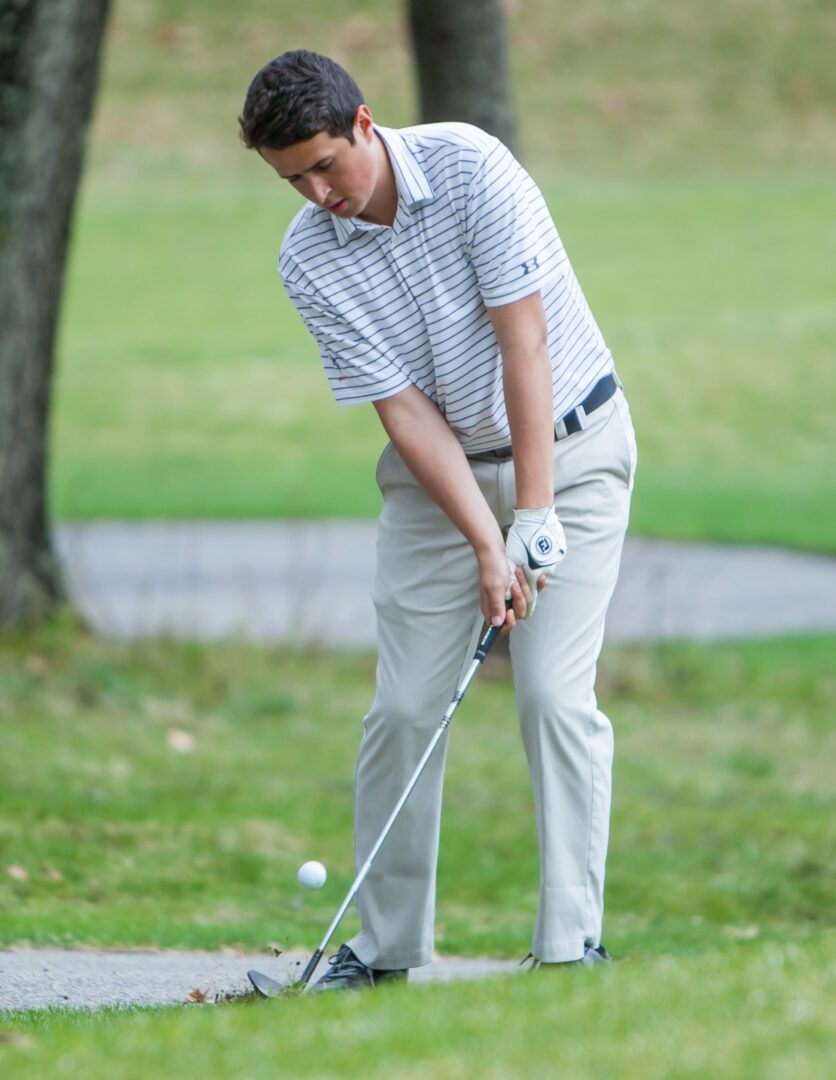 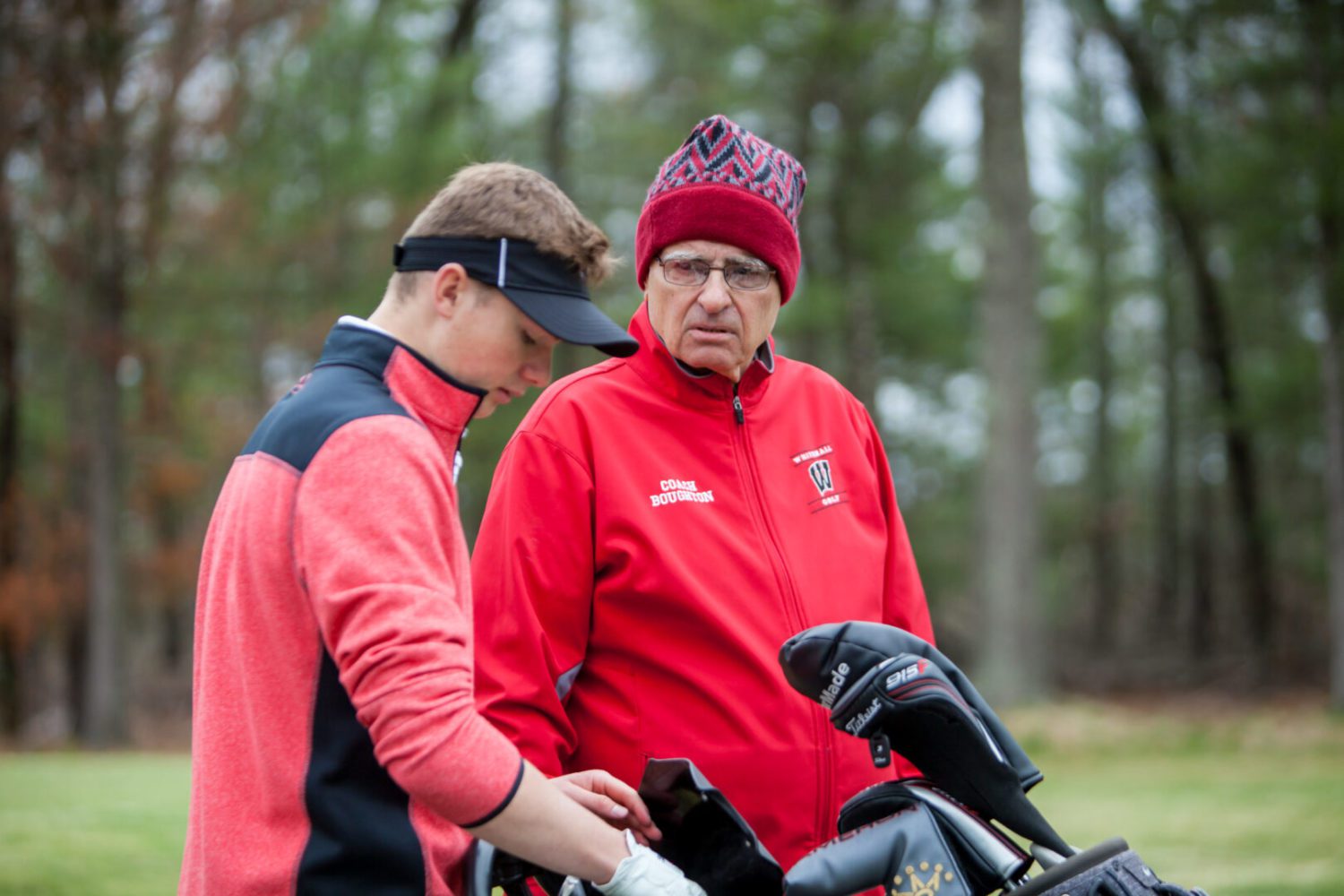 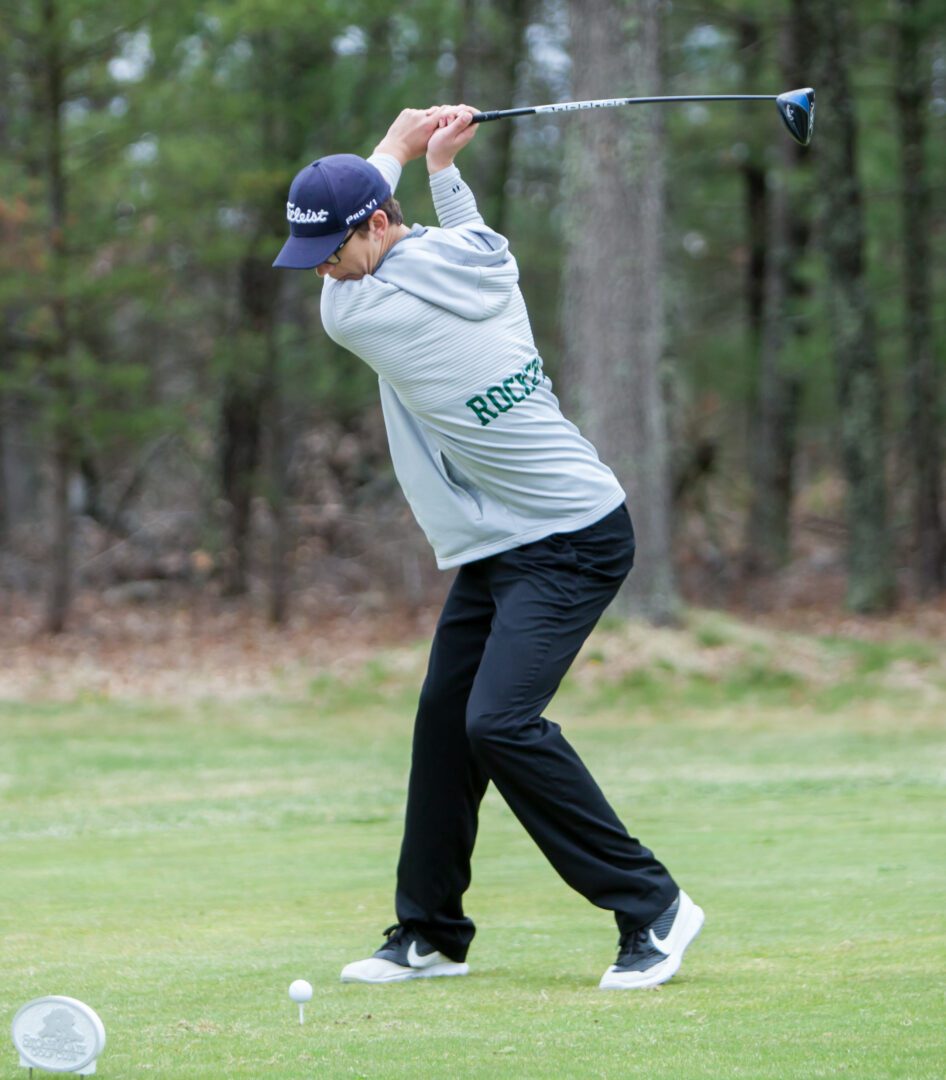 Logan Jones gets ready to drive the ball for Reeths-Puffer. Photo/Jason Goorman 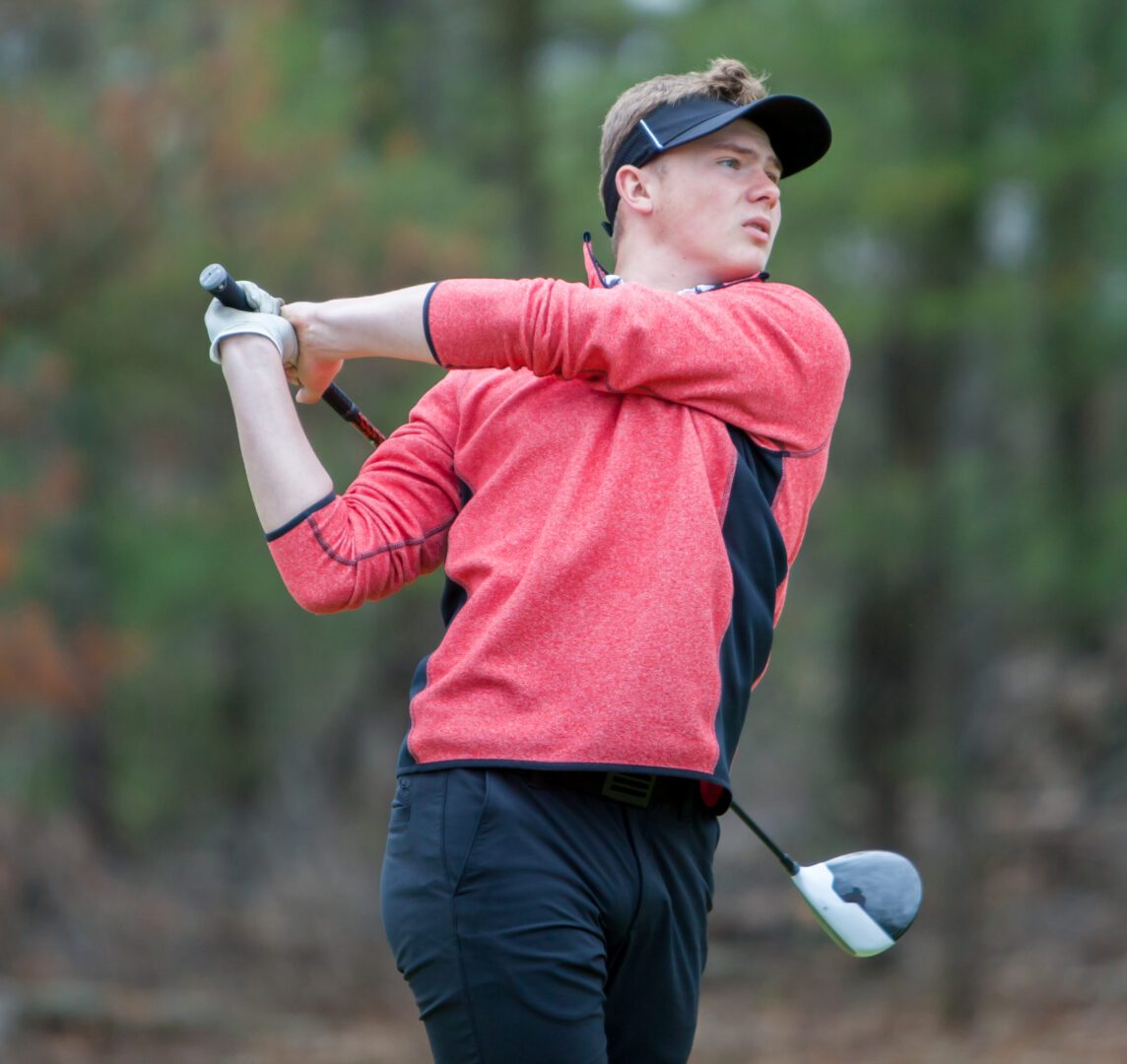 Liam Johnson watches his shot on No. 16 for Whitehall. Photo/Jason Goorman 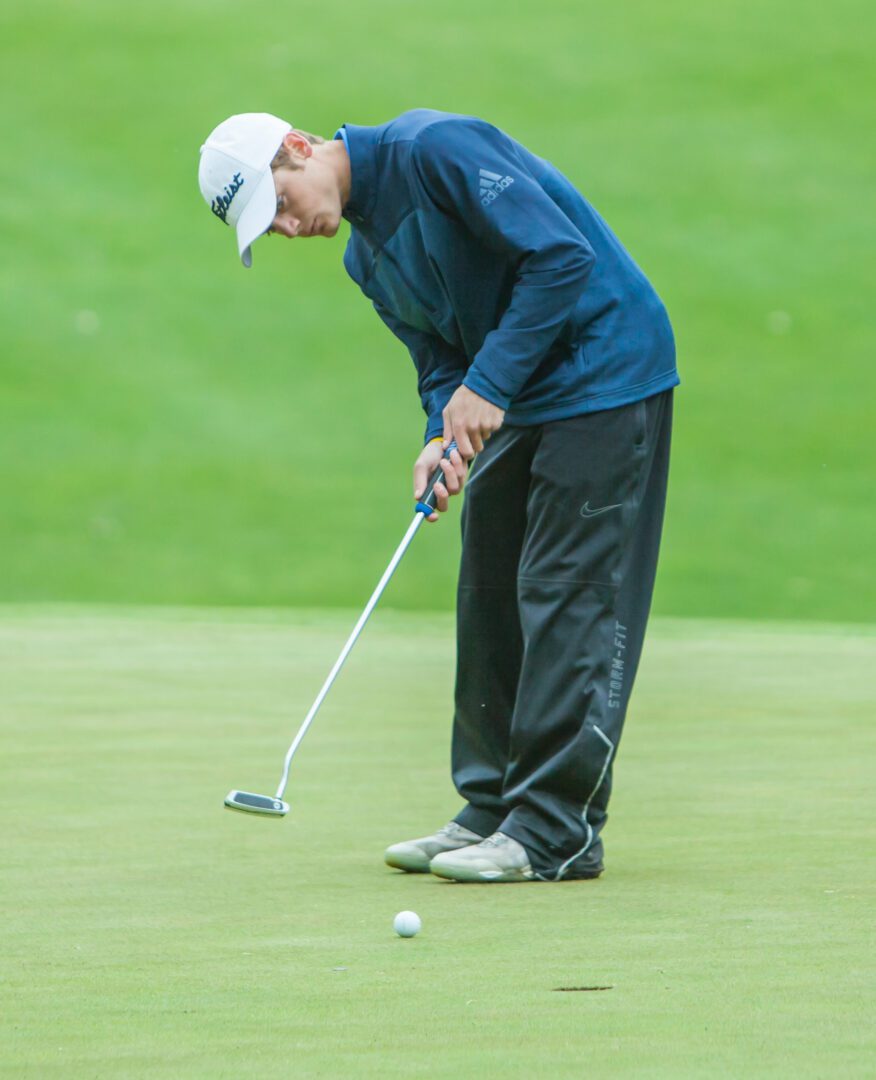 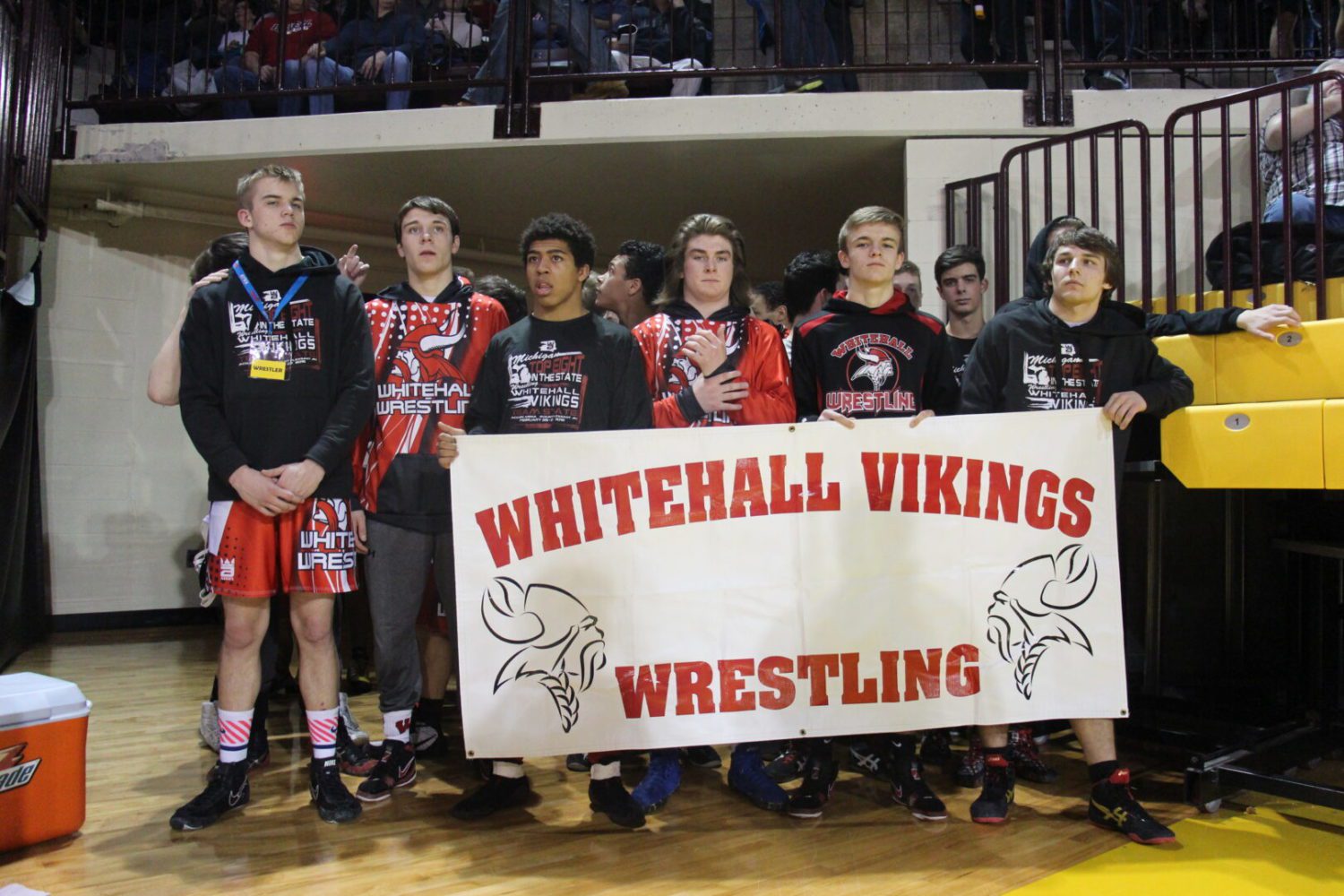