The West Michigan Whitecaps used a five run fifth inning to defeat Clinton 7-4 on Thursday in a road series finale.

Trailing 1-0, the Whitecaps got on the board in the third inning when Reece Hmapton dumbled home Avery Tuck to tie the game at 1-1.

In the fifth inning, the Whitecaps trailed 4-1 before Jeremiah Burks scored Sam McMillan and Parker Meadows on a RBI single to left field. Wenceel Perez then singled home Hampton to tie the game at 4-4.

Later in the inning, John Valente singled home Perez and Nick Ames doubled home Valente, making the score 7-4 in favor of the Whitecaps.

Hampton led the Whitecaps offense with three hits on the night and one RBI while Burks had one hit and two RBIs.

Angel De Jesus picked up his first save of the season, striking out four and walking one over the final three innings.

The Whitecaps are now 12-13 overall on the year and are three games behind first place Bowling Green in the Midwest League Eastern Division standings.

On Friday, the Whitecaps will begin a three game series at Burlington with first pitch scheduled for 7:30 p.m. 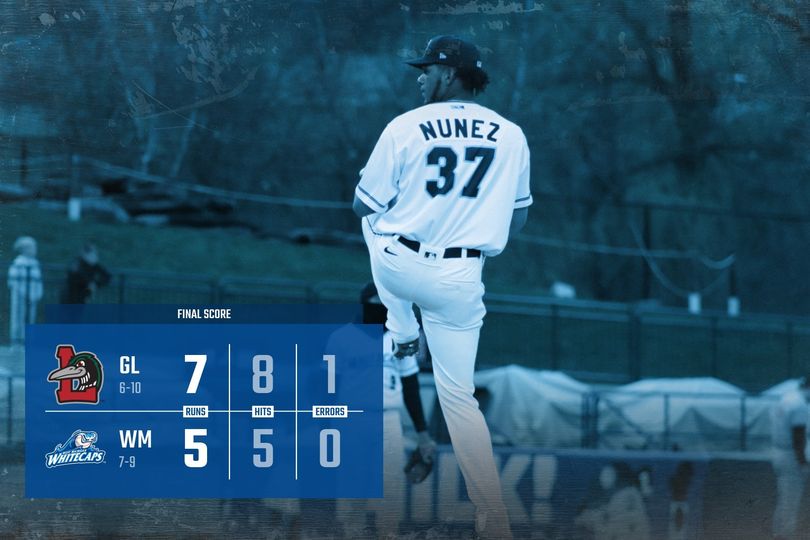