NORTON SHORES – The Mona Shores girls soccer team had to overcome a sluggish first half. 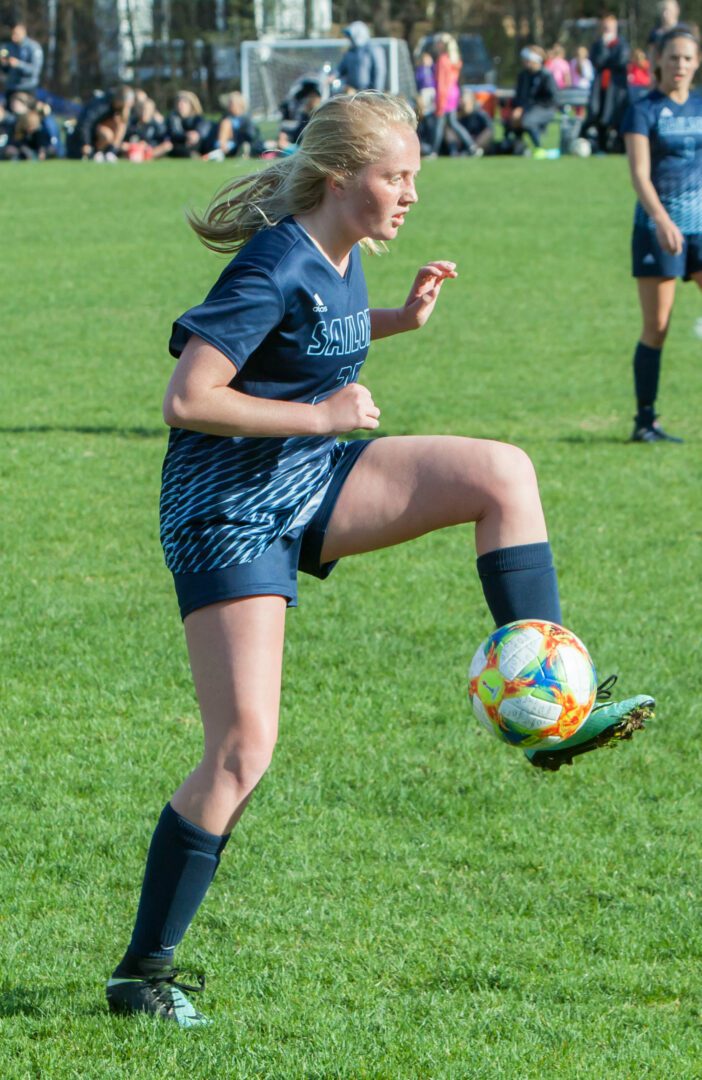 Reeths-Puffer just had to hold on against the first-place Sailors.

Neither team quite accomplished its goal, resulting in a 1-1 tie in O-K Black Conference action on Thursday at Ross Park.

The host Sailors remained undefeated in the conference at 8-0-1, with a 10-2-4 overall record.

“Both teams played with a ton of heart,” said Reeths-Puffer coach Dillon McCarthy. “(Mona Shores) had a ton of opportunities in the second half, and I’m just glad the girls stepped up and held on.”

While the Sailors controlled the opening moments of the game, the majority of the first half was played in their end.

With the Rockets controlling the action, they eventually found the net.

Emily Caltagirone picked up a loose ball and fired a high shot from 30 yards out that found the upper corner with 10:44 left in the first half, giving R-P a 1-0 lead.

The Rockets’ Alyssa Sykes kept it that way just before halftime.

With about three minutes left, Reeths-Puffer goalie Olivia Alvesteffer came out of the net to grab the ball, but the Sailors beat her to it and had an open net.

But what would have been the game-tying shot was kicked away by Sykes, and the Rockets took a 1-0 lead into the break.

The pressure paid off when Riley Rosenthal took a long pass, held off a defender and fired a shot in the lower left corner of the R-P net, tying the game at 1-1 with 10:21 left.

“We made some changes at halftime,” said Mona Shores coach Dylan Darga. “We were getting absolutely worked in the middle of the field. They really brought the pressure in that first half. We got one, which was nice, but kudos to them for holding on.”

Goalkeeper Emma Lynn had seven saves for the Sailors. 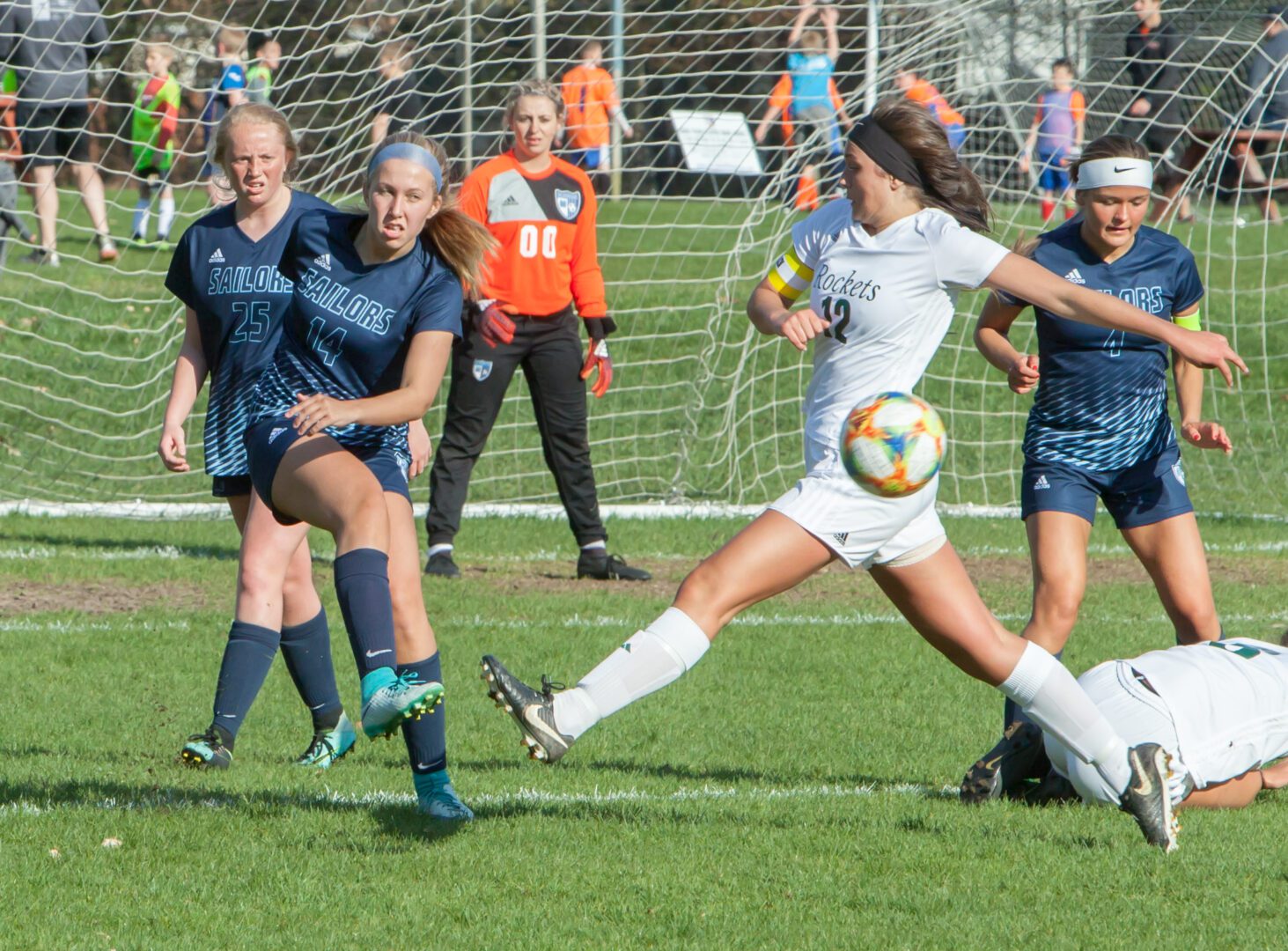 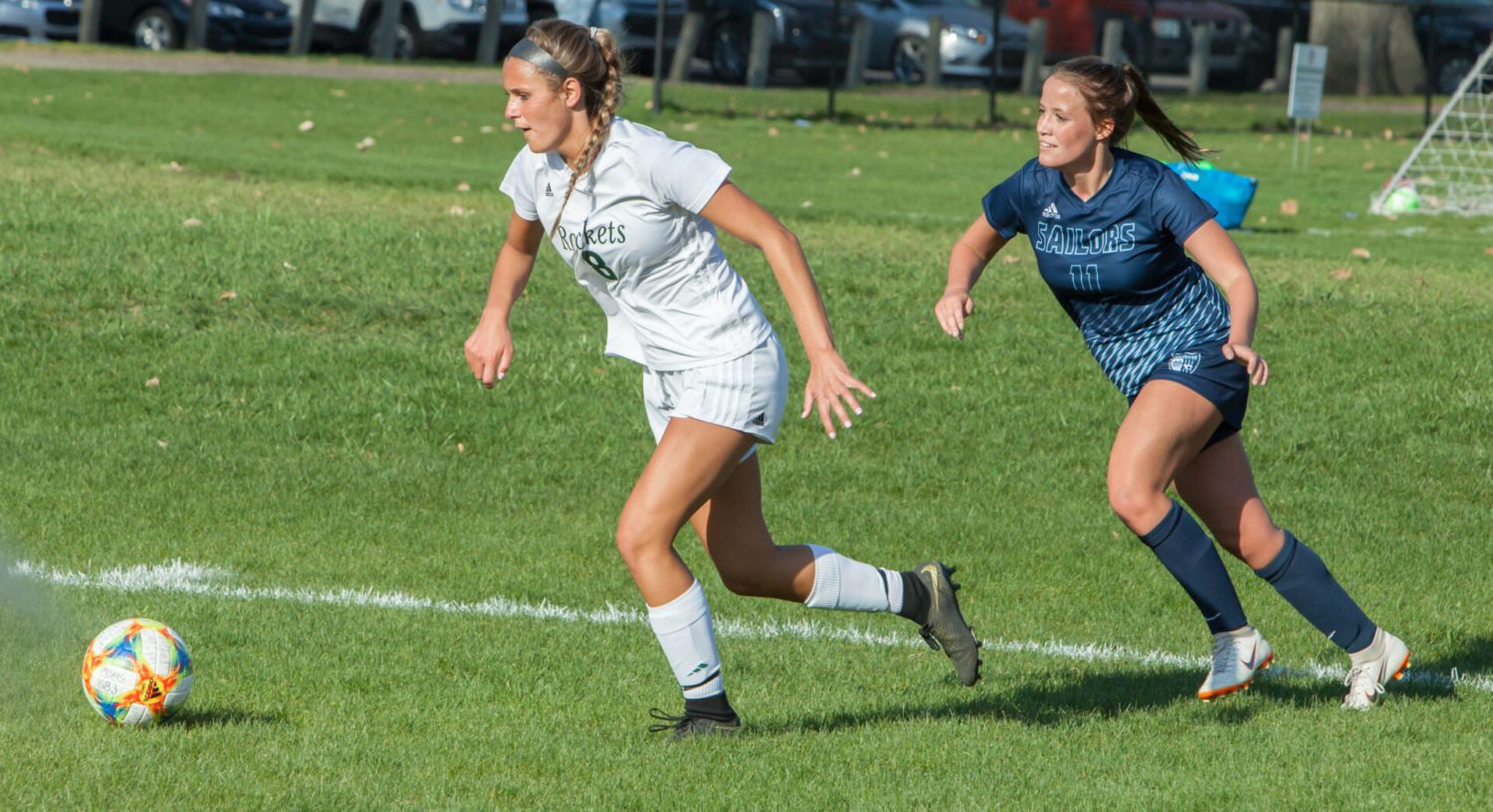 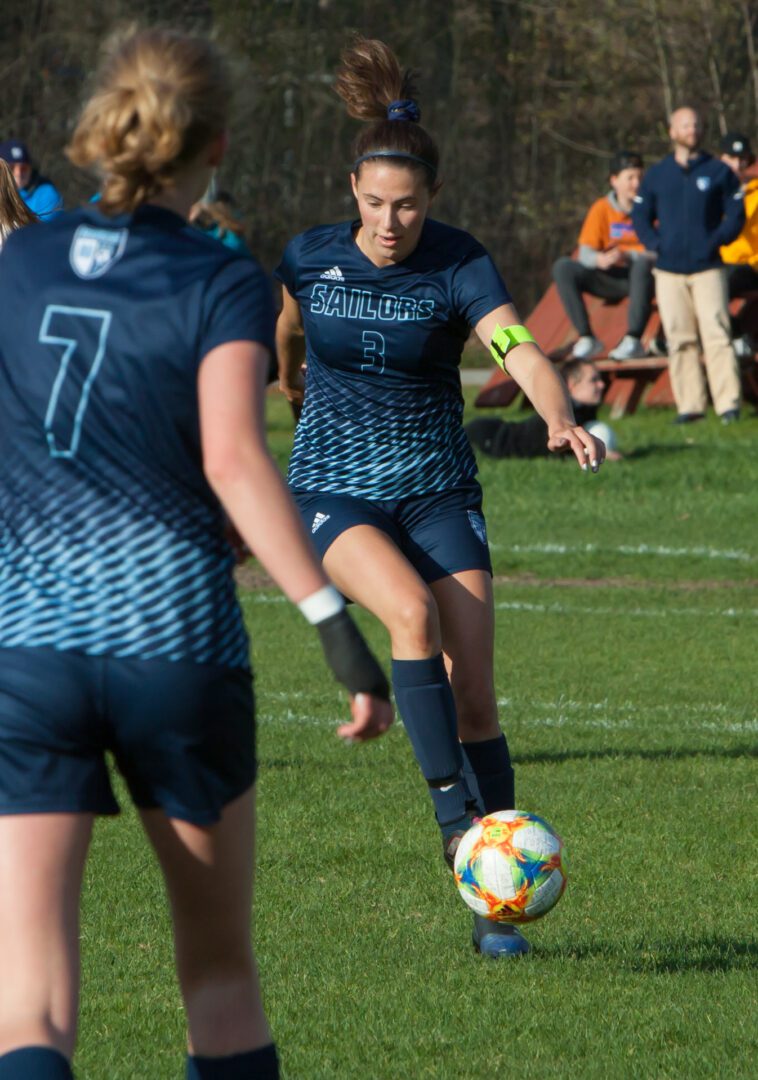 Jasmin Smith holds on to the ball after posting the save in goal for Reeths-Puffer. Photo/Jason Goorman 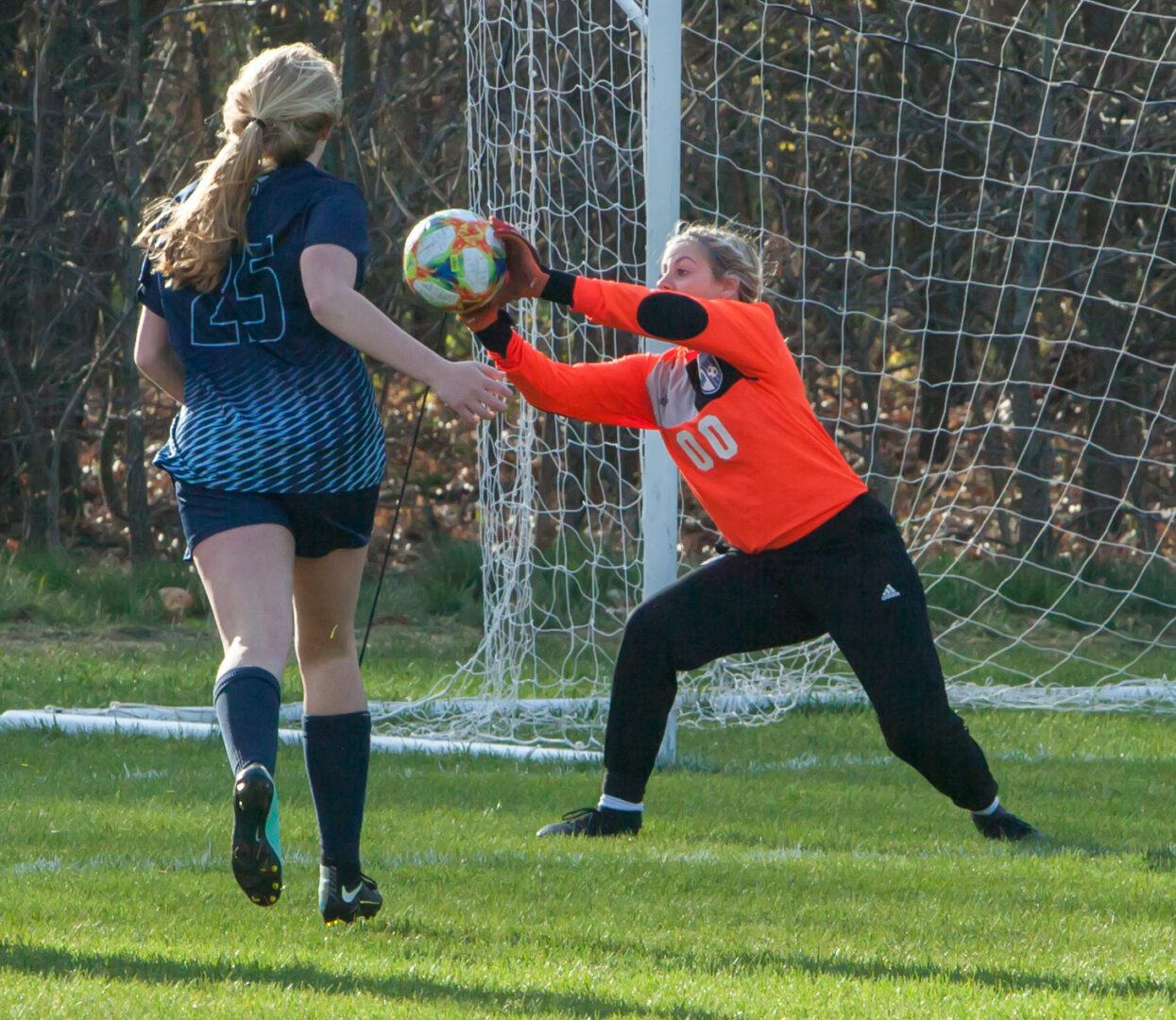 Emma Lynn posts the save in goal for Mona Shores late in the second half. Photo/Jason Goorman

West Michigan Lake Hawks get tripped up by No. 1 ranked Kentucky