The Marsh Field All-Star Classic baseball game had a feel of nostalgia on Monday night, when 28 top seniors from 14 different high schools converged on the 103-year-old park in Muskegon.

For the seniors, it was their final high school experience, final prep baseball game, and one last chance to compete against some of the other best players in the area. 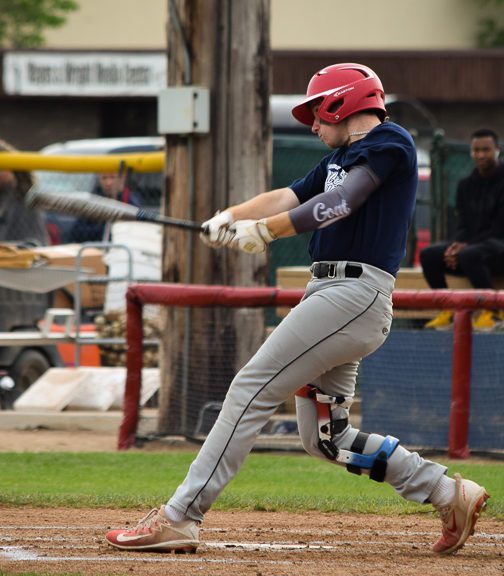 Hart’s Matthew Robbins takes a cut at a pitch during the action at Marsh Field. Photo/Dan Gawkowski

Team Blue, led by Mona Shores’ Drew Moss with two hits, two RBIs and a run, walked away with a 9-2 victory.

But the victory meant a lot less to Moss than the experience of finishing his final year of high school baseball on a high note.

“To play in this game at such a great field, I’ll always remember this,” said Moss, who sparked his team in the first inning with a two-run single to put Team Blue up 3-0. “I was struggling a bit as our (Mona Shores) season ended and I didn’t finish the season where I wanted to be at. This game, and playing with and against so many good guys, I’ll be able to look back on this for a long time.”

In the second inning, North Muskegon’s Mack Young drove home Hart’s Matthew Robbins with an RBI single to make it a 4-0 lead.

Team Red cut into their deficit in the third inning when Ludington’s Luke Fountain drove in Fruitport’s Jakob Carlisle with sacrifice fly to cut the score to 4-1. Carlisle reached base on a single. 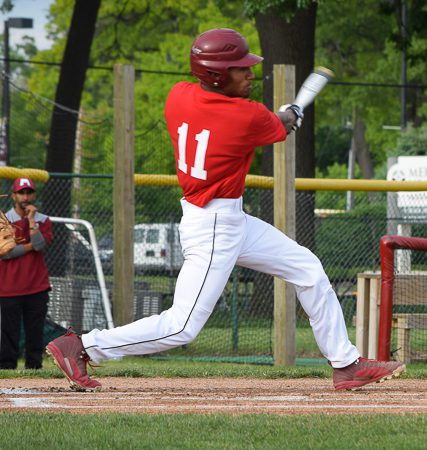 But Team Blue responded in the fourth inning with a two-run double from North Muskegon’s Jesse Cooke that sent around Moss and Montague’s Luke Marsh for a 6-1 lead. After a Tyler Campbell (Mona Shores) grounder to second base, Cooke was able to cross the plate to put his team up 7-1.

Montague’s Nick Stever gave Team Blue even more room to breath in the fifth inning with a two-run double, and Cooke posted a run in the sixth for a 9-1 lead.

Mona Shores Coach Brandon Bard, who coached Team Blue, suggested with a chuckle that coaching made the big difference in the victory.

Muskegon Catholic Coach Steve Schuitema, who led Team Red, had high praise for the Muskegon Clippers for their excellent maintenance of Marsh Field, which is in great shape these days.

“Tonight was about the seniors getting on the field one more time to close out their high school careers, that’s what makes this special,” Schuitema said.

“But you also couldn’t play this game without the work that has been put into this field. This is the nicest it has ever looked since I started playing here, and that was a few years ago.” 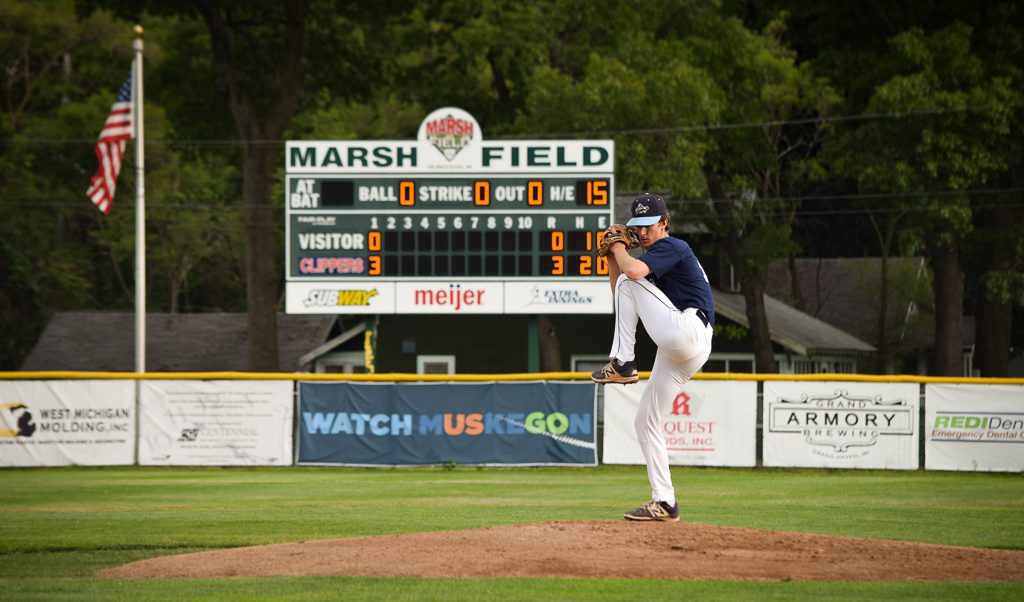 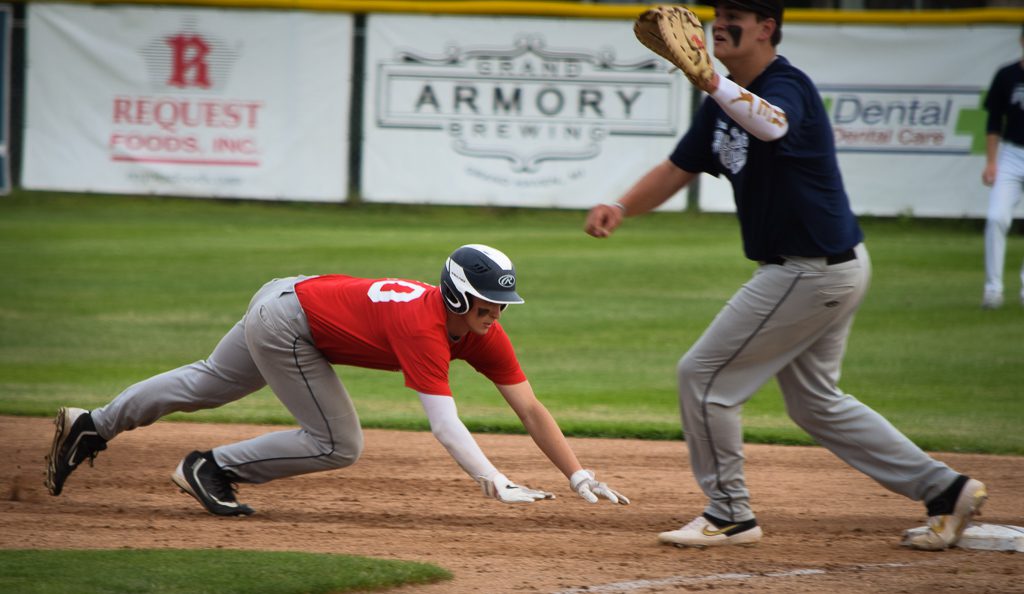 Jakob Carlisle gets back to first base for Team Red. Photo/Dan Gawkowski 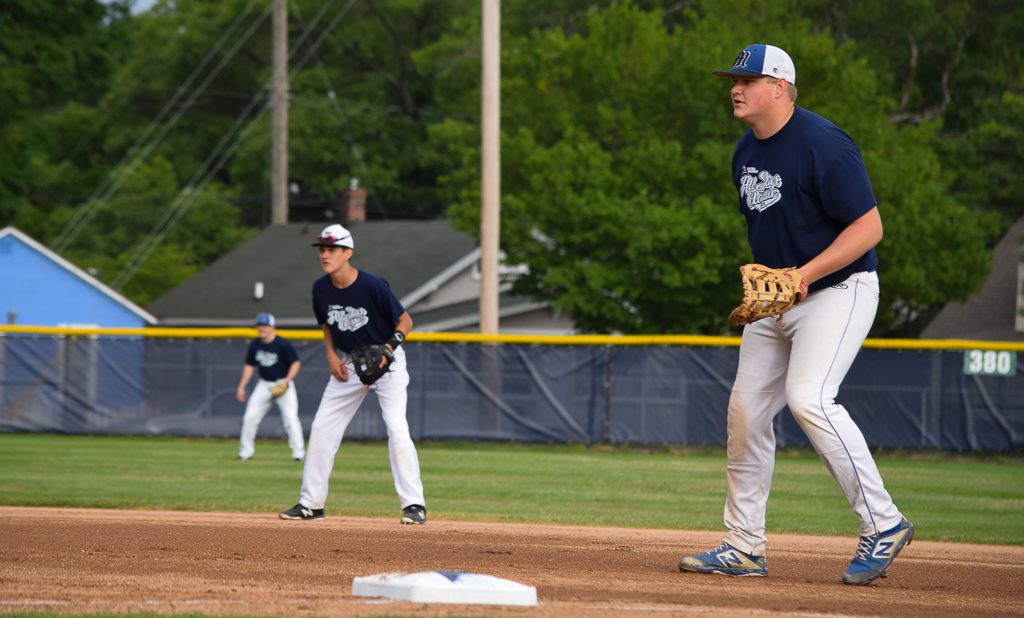 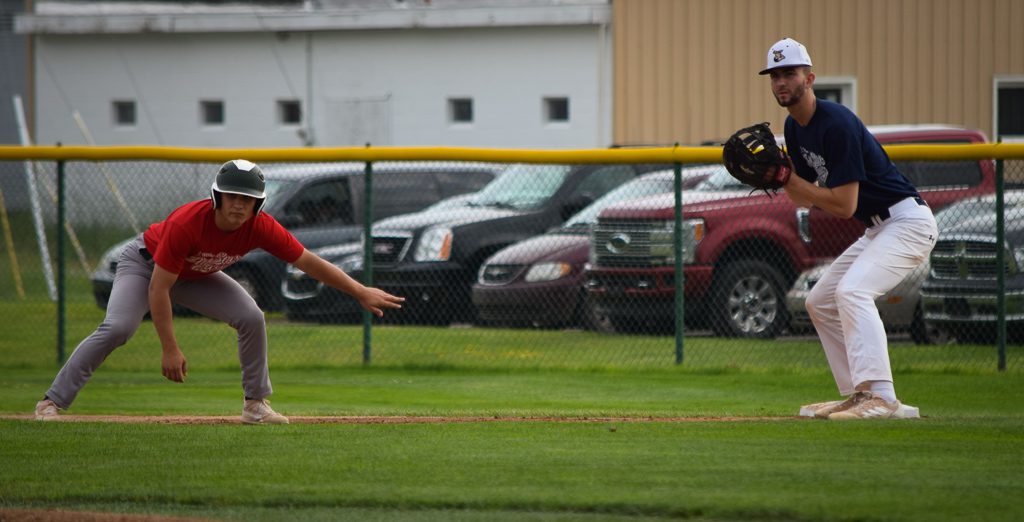