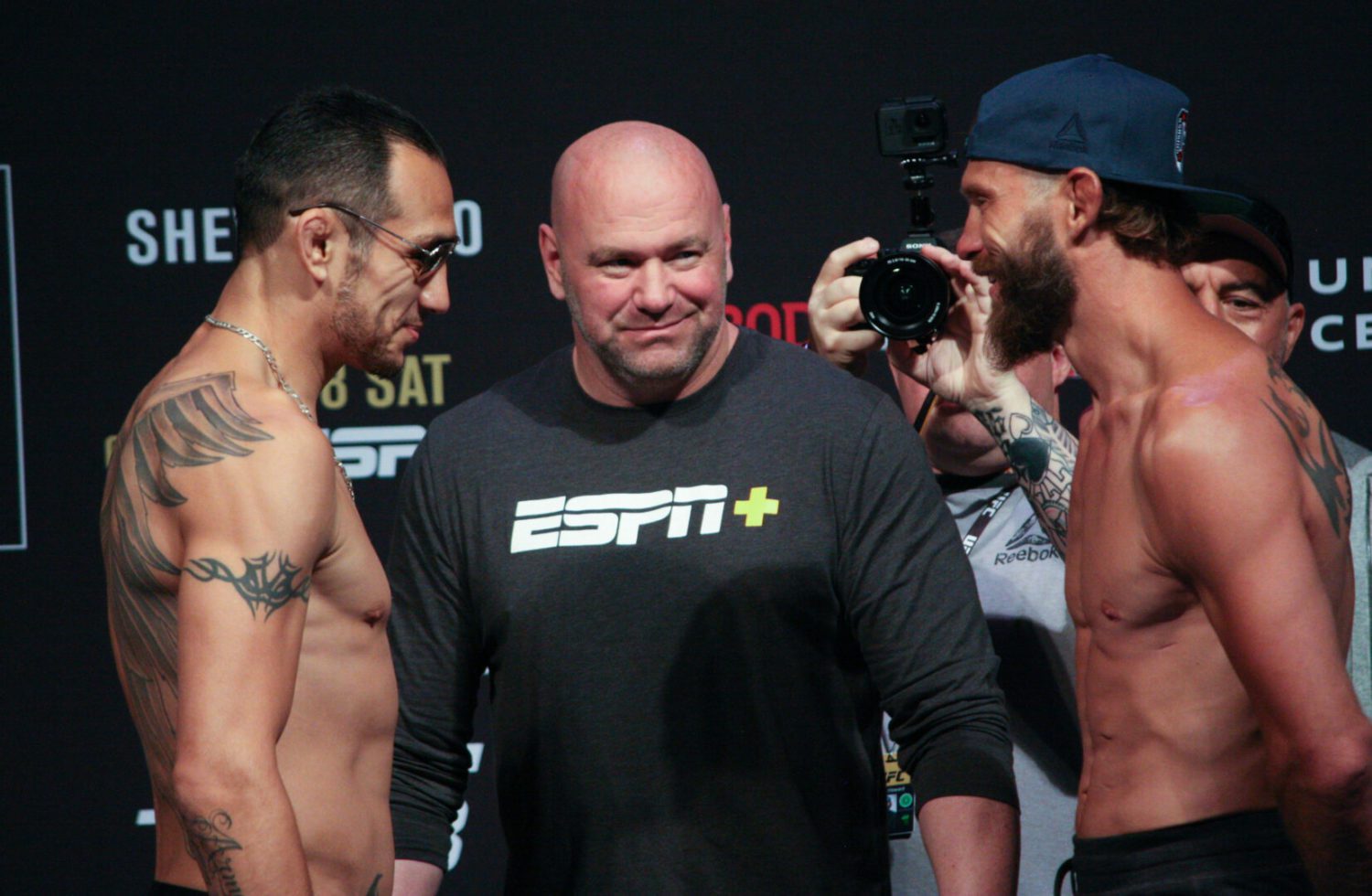 The Muskegon Catholic Central graduate’s UFC career was put on hold in March, after personal problems diverted his attention for a time.

But Ferguson, 35, will return to face Donald “Cowboy” Cerrone as part of a UFC fight card at the United Center in Chicago on Saturday. LocalSportsJournal.com will be there for the event and will provide coverage of the Ferguson-Cerrone fight.

Ferguson spoke to the media on Wednesday following his open workout at the Chicago Theater. He said he never had doubts about whether it was worth it to keep his career going.

“No, not even one time did that cross my mind,” Ferguson said, speaking to the media after his open workout at the Chicago Theater on Wednesday. “Since (the) Ultimate Fighter, since 2011, even before then, since my very first loss, the first time I lost I met my wife, I’ve had good, bad things happen. You have to look at the good side of things. My faith has kept me so strong. I thank God every day and I thank my family for being there. It’s faith, family and friends man.”

Like many professional fighters, especially Americans, Ferguson has a wrestling background. He earned All-State status three times at Muskegon Catholic Central, winning a state title at 152 pounds in 2002, his senior season. He went on to wrestle at Grand Valley State University, capturing a National Collegiate Wrestling Association championship in 2006 at 165 pounds. 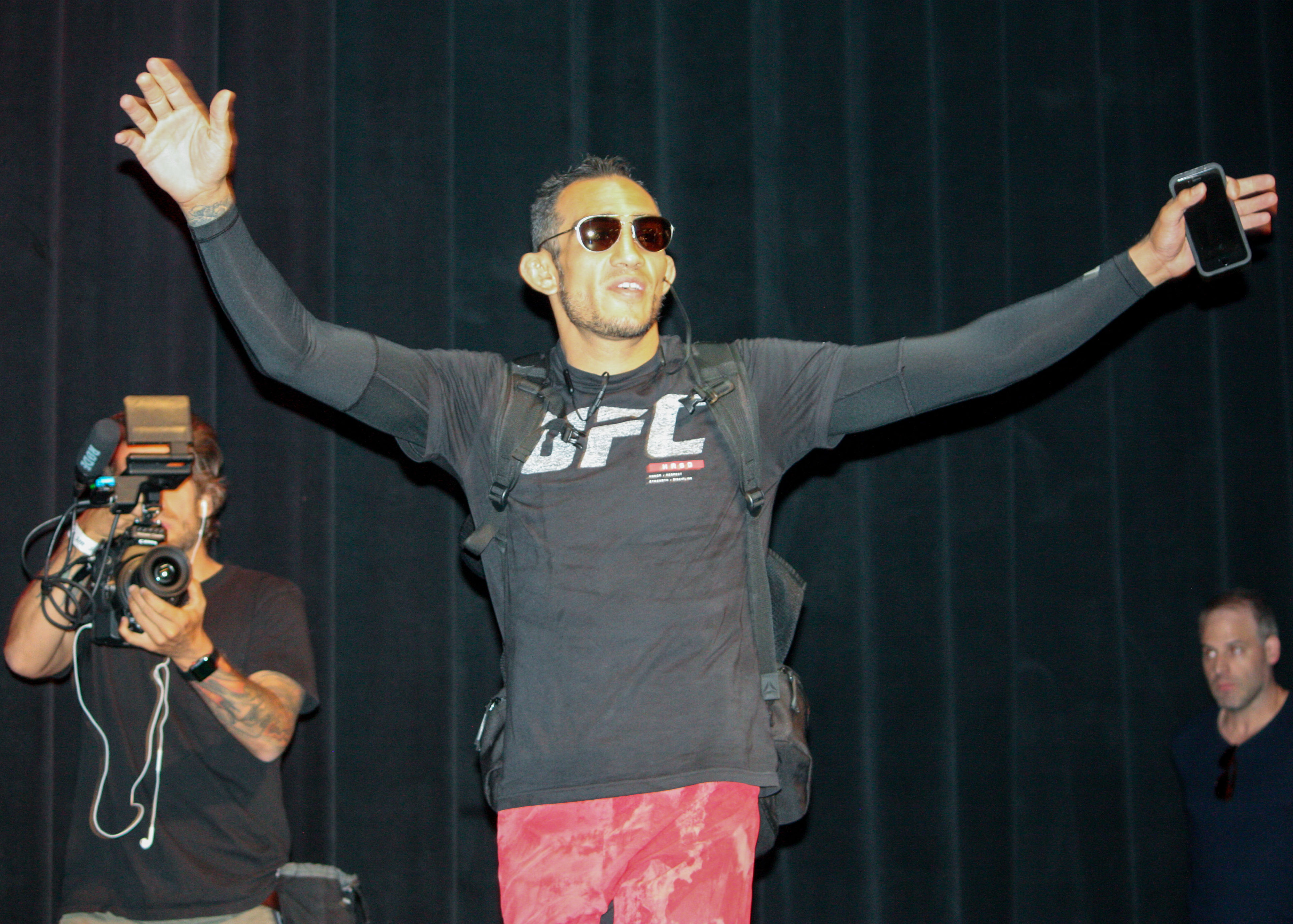 Ferguson takes walks out for his open workout on Wednesday. Photo/Nich Wolak

Ferguson began training MMA in California at the end of his collegiate wrestling career, with his first professional fight taking place in 2008. He accrued a 10-2 record in smaller organizations prior to his time in the UFC.

Ferguson broke into the world’s premiere MMA organization in 2011 by winning its reality television show, The Ultimate Fighter (TUF). In TUF, MMA competitors live in a house together. The fighters break into teams for training, but fight individually to try to earn the tournament title. The winner gets a guaranteed six-figure contract with the company.

It is unheard of for a UFC fighter with that kind of winning streak to not earn a title shot, but a series of unfortunate events has gotten in Ferguson’s way. He and Nurmagomedov were scheduled to fight four times prior to the Russian winning the championship belt, but health issues for bothprevented a meeting.

Ferguson won an interim belt in 2017 (interim belts act as a placeholder of sorts when the champion is inactive), but he was stripped of it due to an injury.

It is expected that the winner of this weekend’s fight between Ferguson and Cerrone will earn a title shot against the winner of Nurmagomedov and Dustin Diamond Poirier (their title fight is scheduled for Sept. 7 in Abu Dhabi), but UFC President Dana White said this week that Conor McGregor, the sport’s biggest pay-per-view draw, may slide into the spot instead. 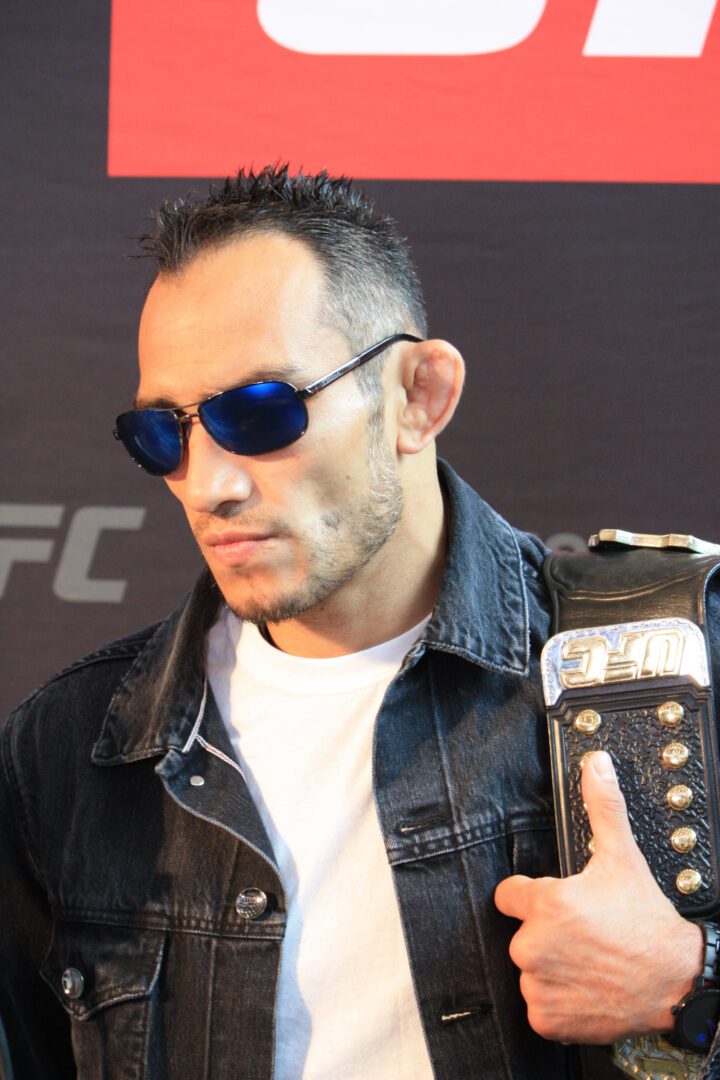