heartbreaker, to the exact same opponent, one year later.

The North Muskegon girls soccer team discovered that painful feeling on Wednesday night, when it’s amazing 2019 season came to an abrupt halt against an all-too-familiar opponent.

North Muskegon finishes the season with a 25-4 record, a West Michigan Conference championship and district and regional titles. Kalamazoo Christian advances to play Royal Oak Shrine Catholic in the Division 4 finals on Saturday at 1 p.m. at Michigan State University. Sophia Mueller tries to get past Kalamazoo Christian’s No. 9 Audrey Batts. Photo/Randy Riksen

Despite reliving the pain of a narrow loss in the state final four, North Muskegon Coach Ryan Berends was philosophical after the game.

“We knew we were up against a quality opponent,” said Berends, whose team entered the contest ranked No. 1 in the state in the Division 4. “They have a quality coach and quality players. This was going to be a battle.”

The only goal of the game came with nine seconds left in the first half, after Kalamazoo Christian junior Sarah Miller ripped a corner kick into the crowded goal box. Senior Emma Bertrand managed to get her head on the ball and put it into the net, giving the Comets a 1-0 lead with four seconds remaining.

In the second half, the Norse had their best chance to tie the game with 34:04 remaining when the ball hopped off the turf and over Kalamazoo Christian goalkeeper Jenna Blackwell’s head.

The ball was controlled a North Muskegon player, but Blackwell recovered and made a dramatic save to keep the Comets ahead 1-0.

Over the final 34 minutes, Kalamazoo Christian had a 4-1 shot advantage and controlled the pace of the game, preventing a Norse comeback. Hope Johnson tries to find room around the outside for North Muskegon. Photo/Randy Riksen

“It’s obviously not what we wanted,” Grevel said after the game. “But we worked really hard so I’m really proud. It’s so special being a part of this program, and we’re all so close. It’s an honor to be a leader and a part of the senior class. I’m really going to miss the team next year, and we’ll be their biggest supporters next year.”

Berends appreciates everything the seniors accomplished over their four years of varsity soccer, including a 74-11-2 record and two regional championships.

“They should be proud,” the coach said. “But it hurts bad. We have five seniors who are graduating, and this is what we wanted most. They’ve led us here the last two years and they’re going to be missed.” 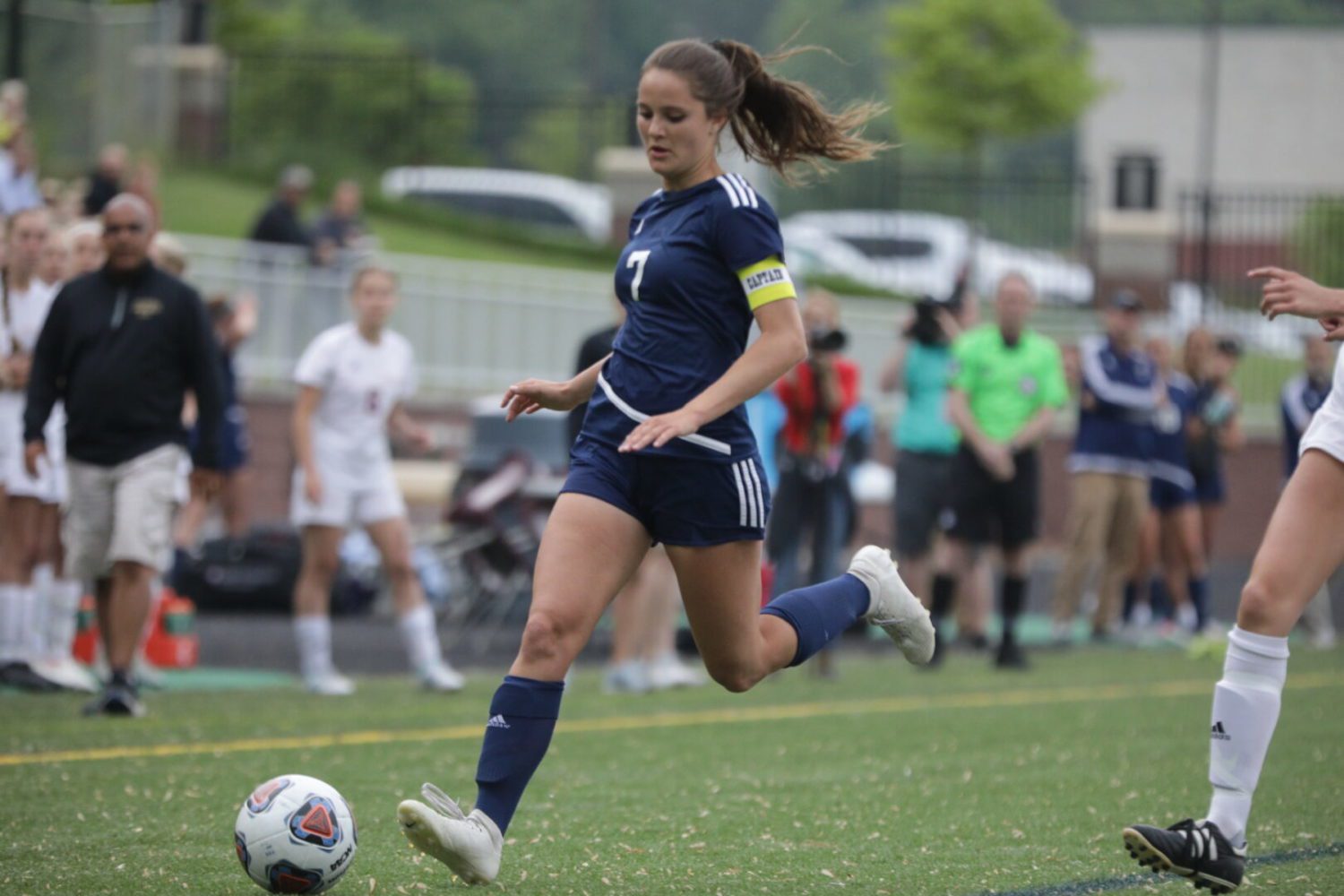 Reyna Johnson looks up as she crosses midfield. Photo/Randy Riksen 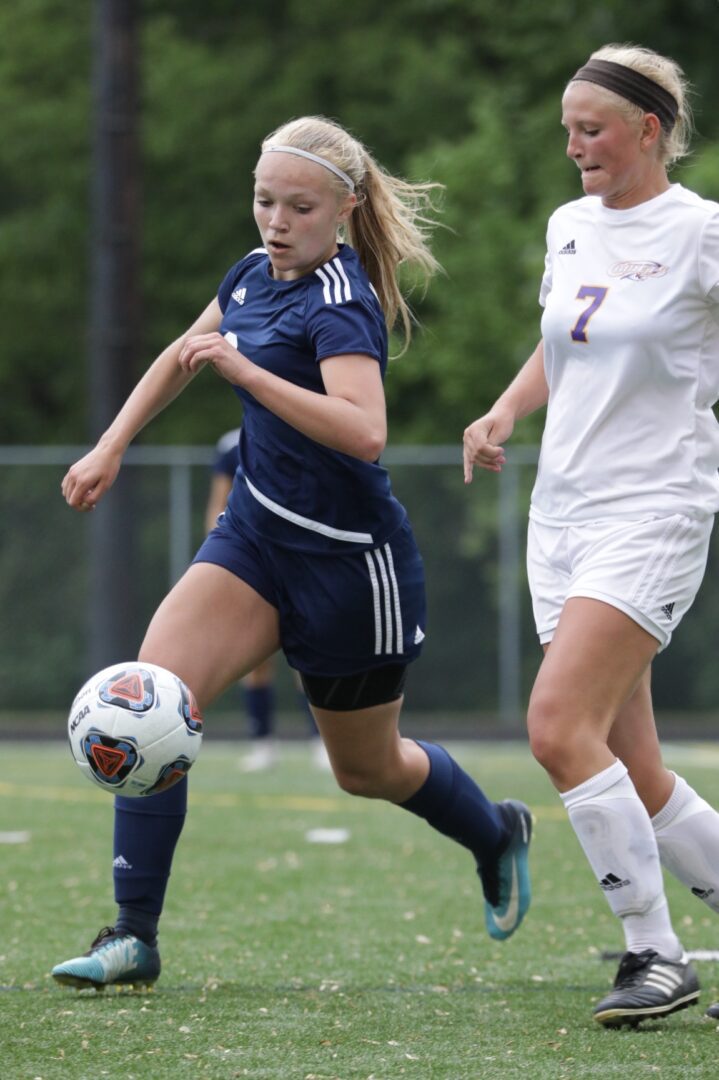