EGELSTON TOWNSHIP – It may have been delayed by two days due to the weekend rain, but the Oakridge

With a 12-0 five-inning victory over Orchard View on Monday evening, the Eagles clinched their fourth straight district championship, and their three seniors were able walk off their home field for the last time as winners.

“It feels awesome,” said Oakridge head coach Joe Coletta about the district championship streak. “It never gets old and we never take it for granted. I told the girls this is what all of their hard work is for, and I’m just so proud of them.”

While Coletta was happy about the title, he admits he wasn’t sure what to expect after an 11-0 semifinal win over Whitehall on Saturday, before the rest of the district competition was postponed until Monday. 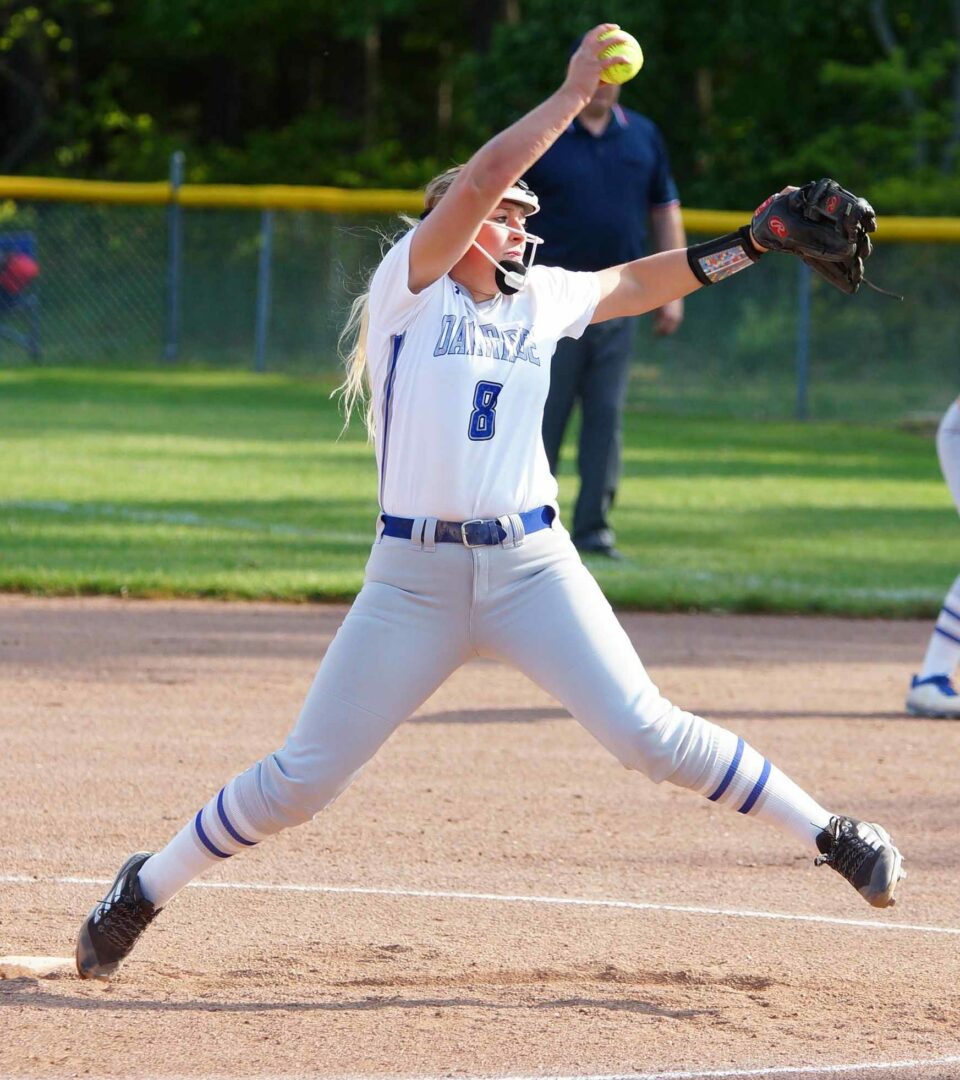 “I’m not going to lie, I was a little concerned because we were so on-point on Saturday,” Coletta said. “I could tell the girls were locked in, and I kept thinking all day yesterday and today, are they going to be locked in today? But they sure were, and we’re playing really well right now and they really wanted this district title.”

The Eagles showed their intensity from the start on Monday when pitcher Kayla Fessenden took down the Cardinals in order in the first inning.

In the home half of the inning, Sophia Wiard led off with a single and advanced to second on a passed ball, before scoring on a Brie Pastor RBI single. Pastor then scored on a RBI double by Fessenden.

The score remained 4-0 until the bottom of the second when the Eagles tacked on three more runs. Jennings hit a two-run double and Ruel added an RBI single.

With a 7-0 lead entering the third inning, Fessenden struck out the Cardinals in order before Oakridge tacked on another three runs in the home half of the inning.

Wiard had an RBI double and Fessenden helped her own case with a two-run single to right field.

Oakridge tacked on the final two runs of the game in the fourth inning when Delaney Ruel hit an RBI single and Jasmine Pastor scored on a passed ball, making the score 12-0. 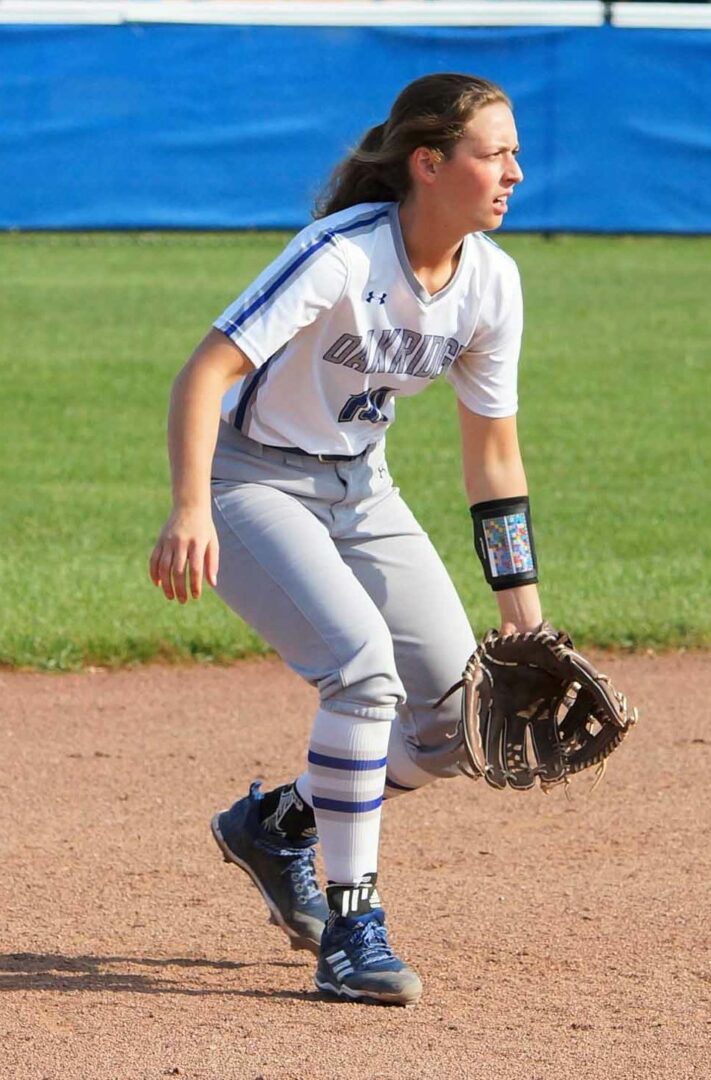 Sophia Wiard gets ready for the play at short for Oakridge. Photo/Sherry Wahr

Fessenden allowed only one hit, one walk and no runs while striking out 11.

“I felt strong,” the pitcher said. “It was perfect weather and I felt very strong going out there. I moved here from Orchard View in seventh grade, and I feel like that gave me some more fire.”

“I’ve been here before,” Wiard said. “I’m just thinking see ball, hit ball. It felt really good to get on base after the first at-bat.”

Oakridge, now 32-3 on the season, will move on to face Ogemaw Heights in the regional semifinals at Petoskey next Saturday.

But for now, the Eagles will gladly celebrate their fourth straight district title, and that fact that seniors Wiard, Fessenden and Jennings never lost a district game in their careers.

“Those three girls have won a lot of games,” Coletta said about the seniors. “They’ve never taken anything for granted and always came to work and compete. Those three are the toughest competitors, no matter the sport, that I’ve seen come through our school in long time.”