After winning just two games during the regular season, few people, if any, expected the Cardina

ls to string together the three wins necessary to win a district championship and advance to regionals.

But the Cardinals didn’t listen to the expectations and battled their way to a district trophy last week. Their Cinderella run ended on Tuesday with a 4-0 loss to Grand Rapids South Christian in the Division 2 regional semifinals at Hope College, but their sudden success at the end of the season was a great way to end an otherwise tough campaign. 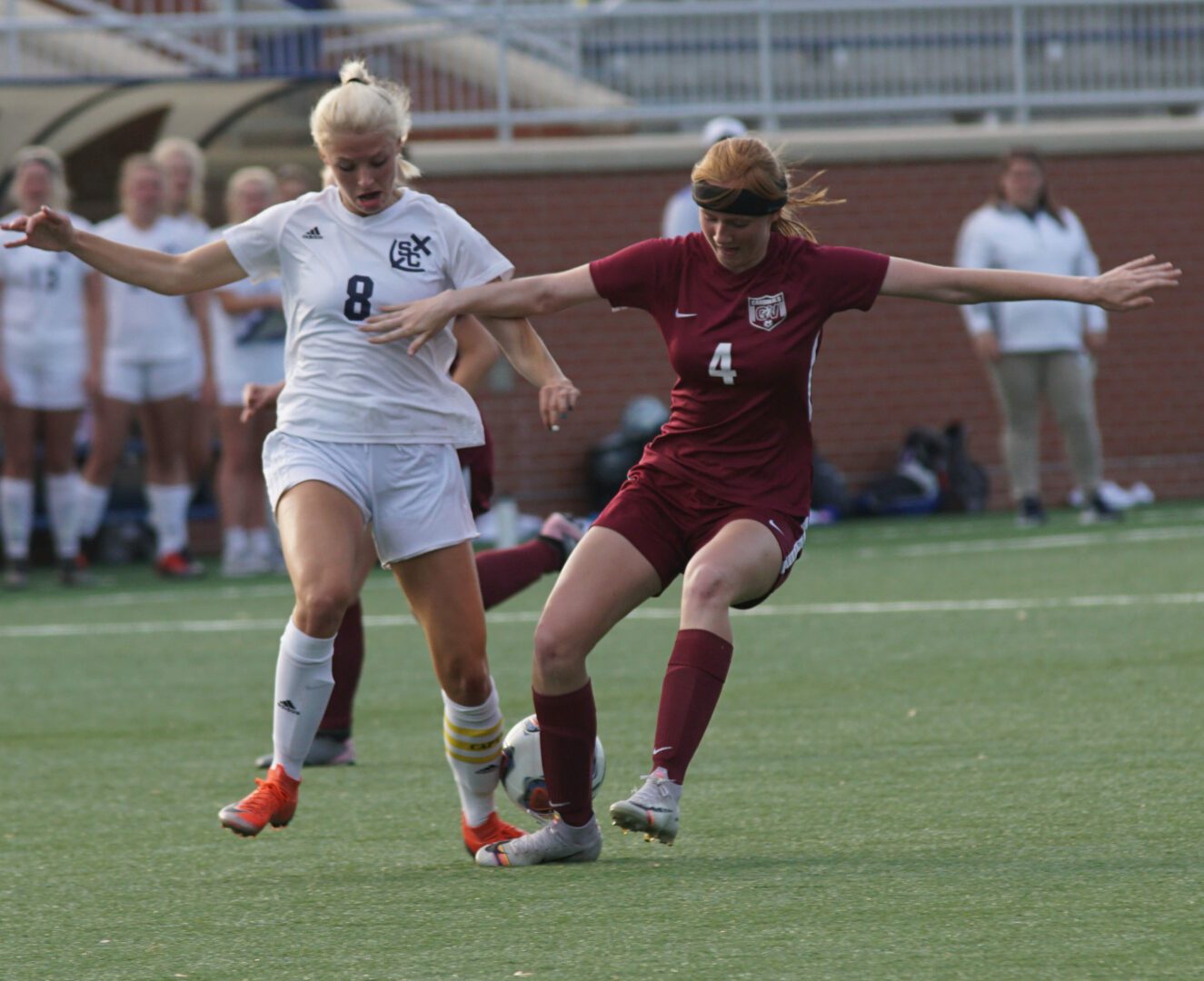 “We didn’t expect to be here, honestly, with our regular season being the way it was,” OV coach Burt Wachter said following the game. “I think the girls really grasped the opportunity that they had after they won that first one (in districts). They thought ‘Hey, we can do this, as long as we play with heart and we play 90 minutes.’ That’s something we struggled with throughout the regular season.”

The Cardinals went 2-8-3 in the regular season, but won three straight one-goal games in the district round – 1-0 over Newaygo, 2-1 over Grand Rapids West Catholic and 1-0 over Tri-County – to capture the program’s first district title since 2014.

Wachter said one factor in the team’s turnaround was promoting junior varsity keeper Mackenzie Moore to the role of varsity starter.

“One of my best field players, at center back, was playing keeper for us because we didn’t really have one,” he said. “So we said let’s just try our JV keeper and pulled her up. We put her in midway through the last regular season game and it seemed to work, so we just kept with it.”

On Tuesday, the Cardinals had a hard time keeping up with the Sailors’ speed, which resulted in South Christian controlling the possession and getting frequent scoring chances. 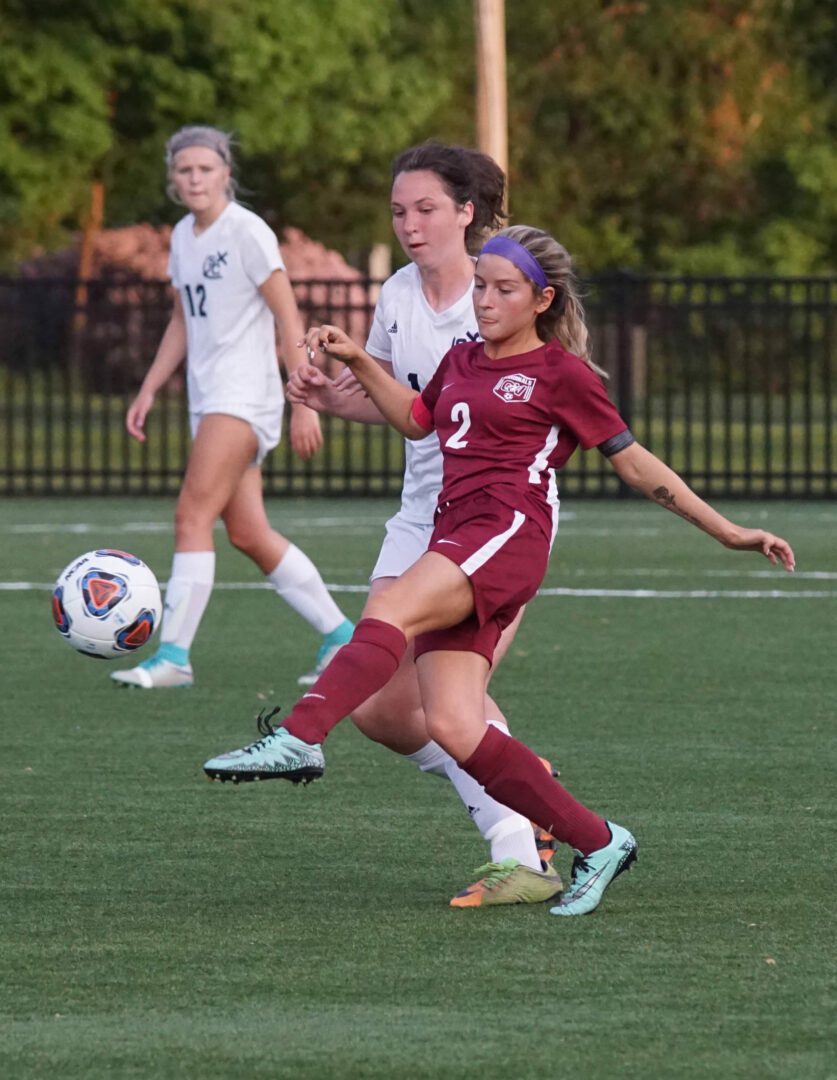 Despite that, OV hung with the Sailors for most of the game. South Christian scored two goals in each half, but the Cardinals managed to keep the score at 2-0 until a pair of goals in the final seven minutes.

“I was super happy with the heart,” Wachter said. “I didn’t know what to expect, honestly. I knew that we would have issues with scoring and I knew that they probably wouldn’t.”

Emma DeVries netted the first Sailor goal 11 minutes into the contest. The second goal came on a Joz VanTol header with 6:15 remaining in the first half.

Caitlin Bergsma found the back of the net for South Christian with 6:22 remaining in the game, then Bergsma scored again on a penalty kick with just 1:07 to play.

“They are in this position (of playing in regionals) a lot and we’re not,” Wachter, whose team started three freshmen and one sophomore. “You can see why with the runs they made, the possession and all that. It’s like a game of chess, you’ve got to see five moves ahead. (The Sailors) know how to play chess. They know what they’re going to do five moves ahead of time, and that’s where my team needs to get.”

While OV will have a nice core of young players returning next spring, Wachter said he will miss his five seniors.

“I had three seniors that were captains,” he said. “I’m really going to miss the leadership with Hannah Reed, Haylee Martin and Brooke Herbert. Then Mallory Pant, she’s just a solid, solid player. And Chante Reese being on the back line, we’re going to miss her tenacity and toughness.” 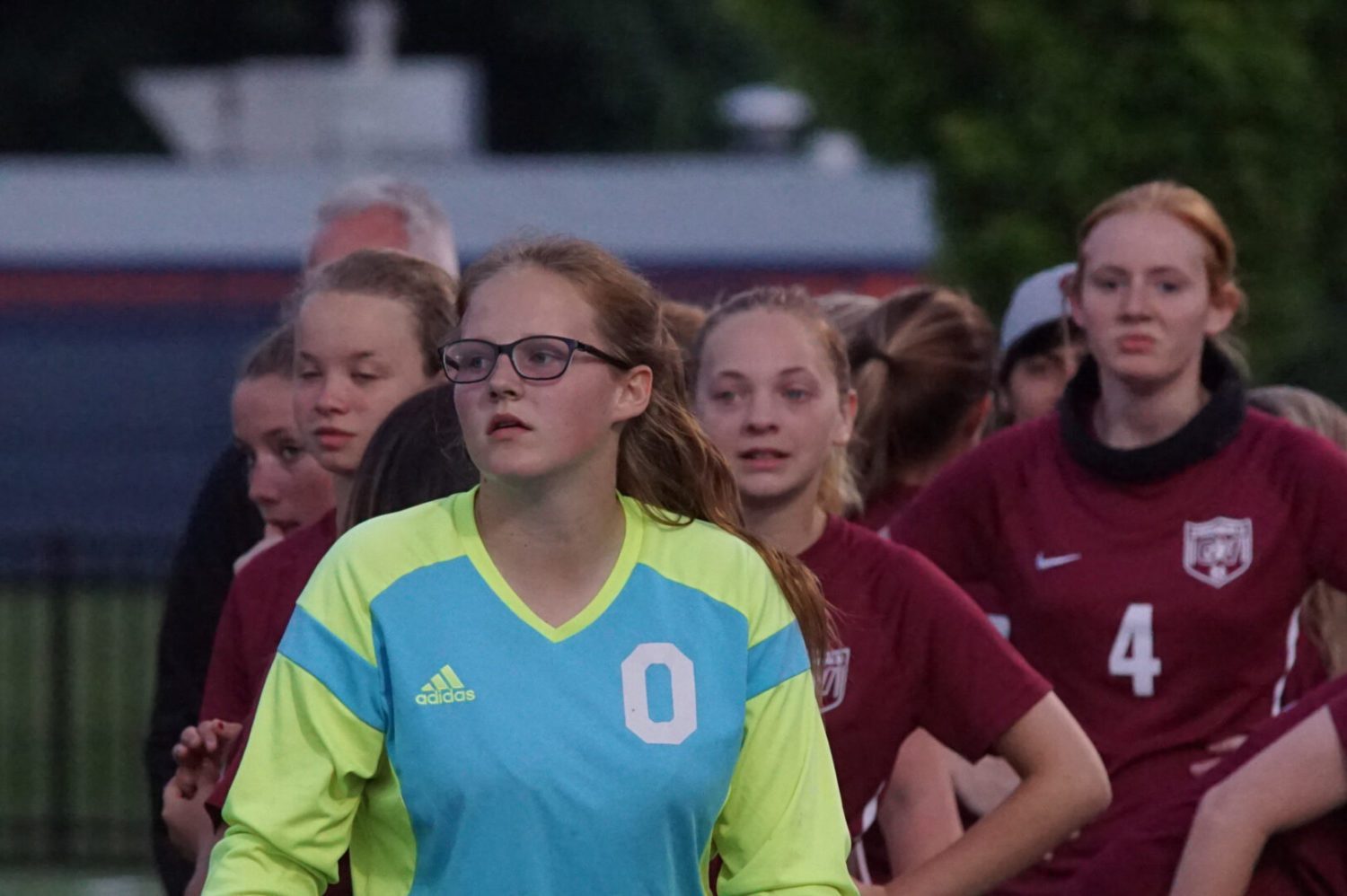 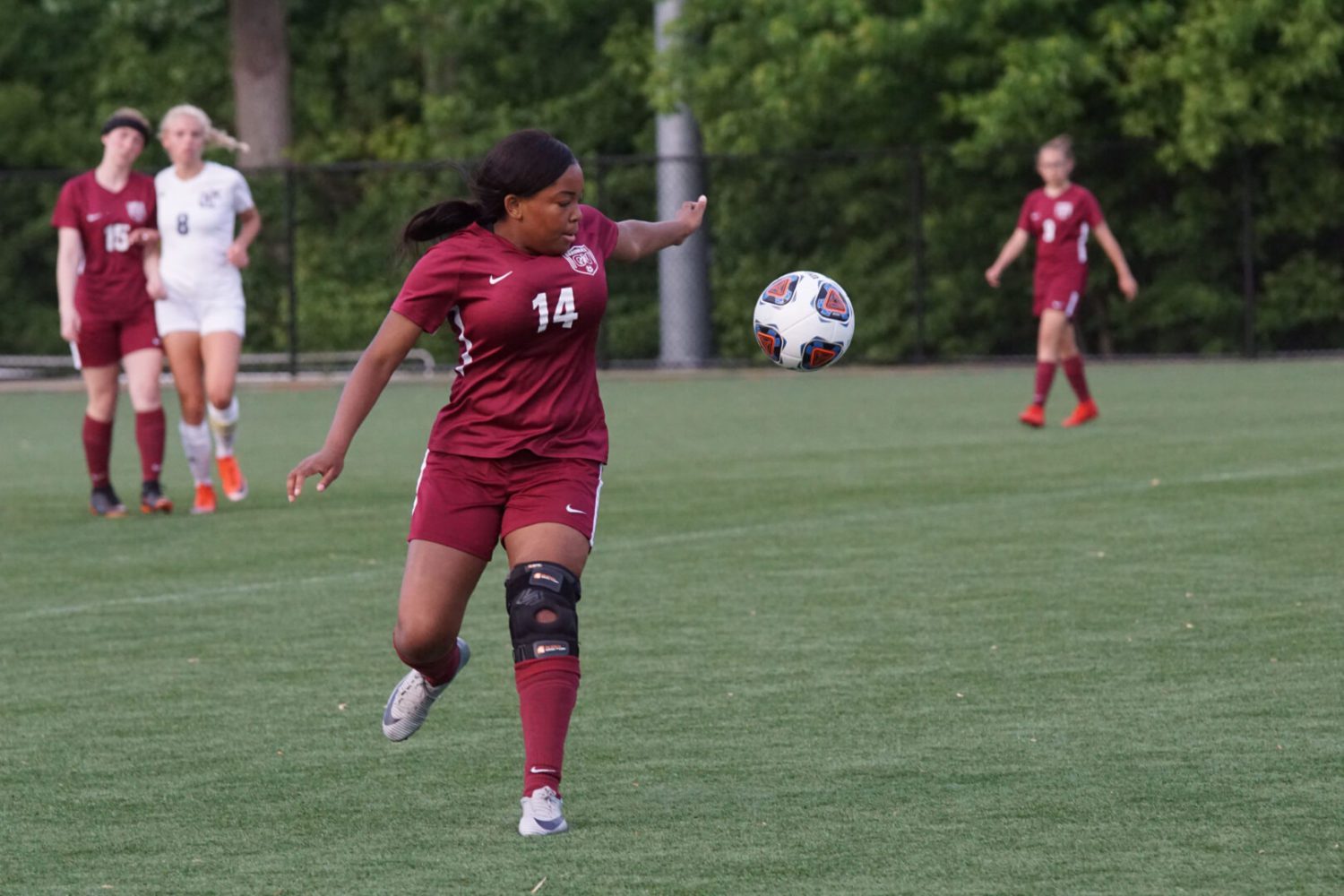 Chante Reese tries to slow down to control the loose possession for OV. Photo/Leo Valdez 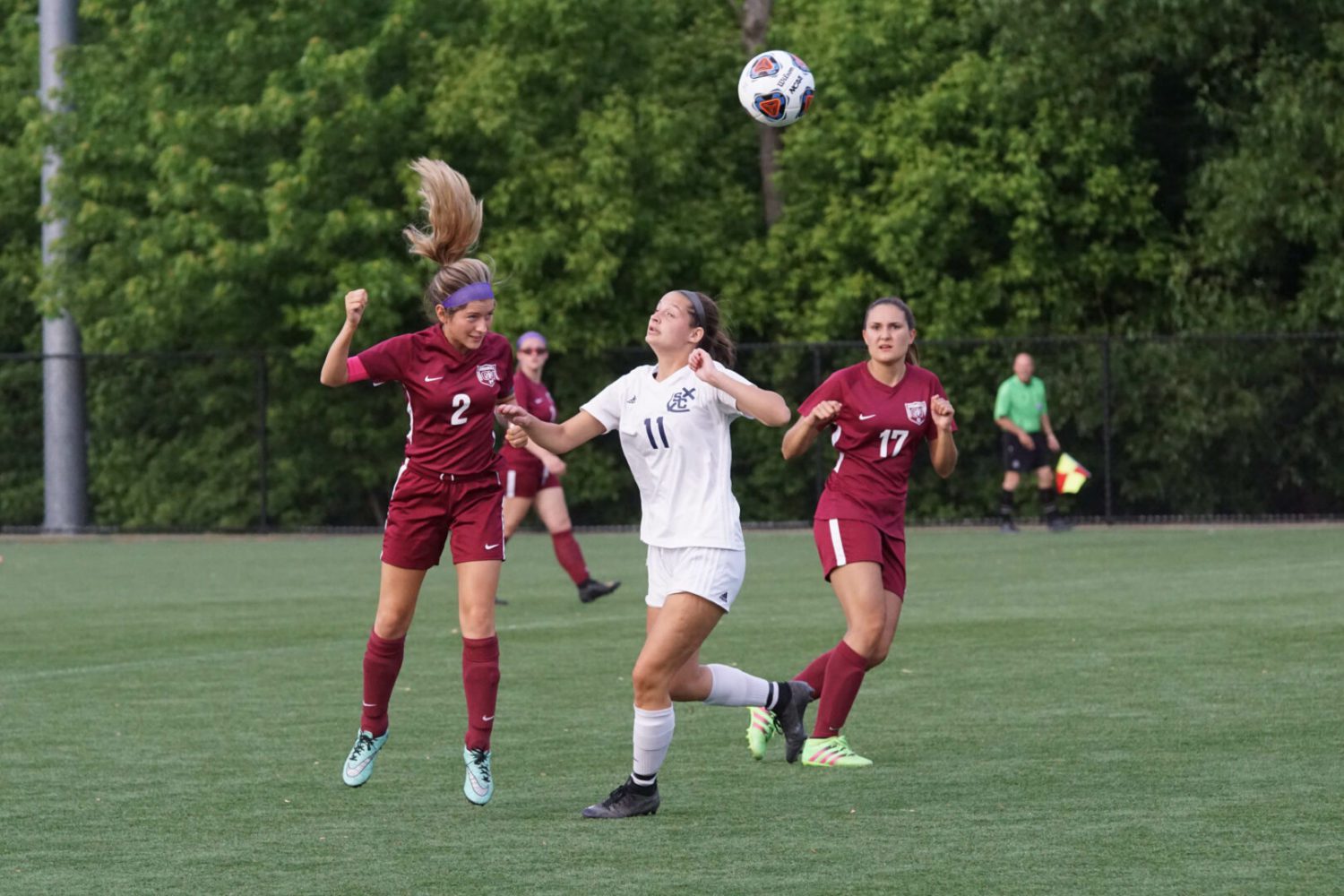