FREMONT – It’s understandable for the Fremont boys cross country team to be feeling pretty optimistic as the new season gets under way.

That’s because the Packers enter the 2019 campaign with some strong similarities to a previous Fremont squad that ended up doing pretty well. 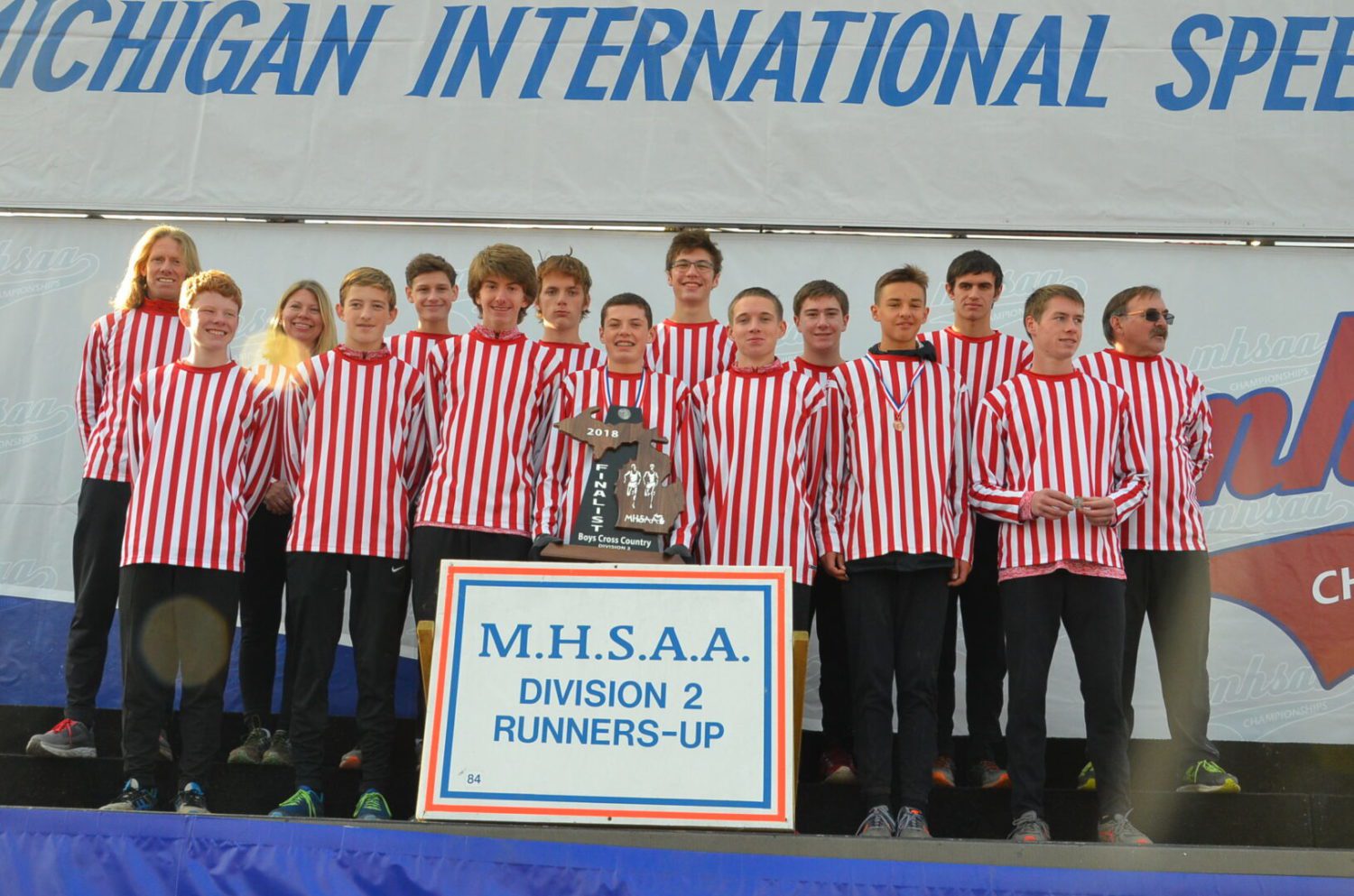 The Fremont squad after finishing second at the Division 2 state finals last year.

The 2019 Packers return their five top runners from last year’s squad. The 2015 Fremont team returned four of five runners, and ended up winning a state championship.

“We’re hoping to see the same progression,” said Fremont head coach Cliff Somers. “We’re hoping to be better than last year, just like we were in 2015 after the 2014 runner-up season.”

While all those runners did very well for themselves last season, the Packers’ mindset is team-before-individual, because team success is what the Fremont cross country team is known for. 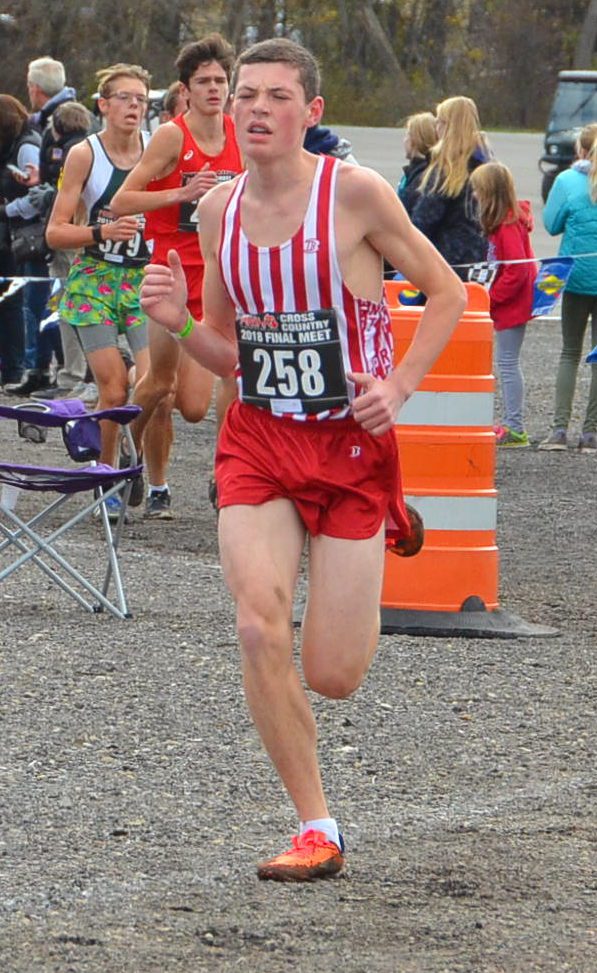 Nathan Walker. who finished fifth in the state as a sophomore in 2018.

Walker is a great example. After finishing fifth in the state last season, he could easily be focused on moving up a few notches and becoming Michigan’s top runner in Division 2. But he said he won’t be happy unless the entire team reaches its potential.

“It’s definitely a goal that I’ve thought about,” Walker said about the idea of winning an individual state title. “But the team comes first. We want to be carrying on a tradition and making the city and alumni proud.”

The tradition that Walker referred to dates back to 1976, when the Fremont boys won their first of eight cross country state championships.

“We look at what (past teams) did to be successful and try to emulate that,” Walker said.

If the team does have success, Coach Somers believes Walker’s leadership will be a key component.

“I would say he’s been a lot more vocal as a junior,” Somers said. “He definitely led by example in the last two years, but he’s been more vocal this year at camp.”

According to Somers, Walker believes the team has the potential to have a great season if his teammates can consistently push and challenge him. After all, he’s one of the best in the state. If the other Packers reach that level, who knows how good they can be as a group?

“He sat the guys down and said “Listen, I’m not untouchable,” Somers said. “You need to come out and work hard to chase me down. If I’m having a bad race or workout, pass me by. It’ll make the team better.

“In his mind, if he runs his best and has four or five guys on our team with him, we’d be untouchable. He wants his teammates to be right up there with him. He doesn’t need to be all about himself.”