LSJ’s veteran coverage team: A throwback to the vibrant days of local journalism

These days businesses are having a very hard time finding and retaining good help.

That’s because the economy is great, there are plenty of jobs, and lots of folks are looking for more money and
better benefits. Unless a company pays top dollar, good employees tend to move on pretty quickly.

Well, at LocalSportsJournal.com, we don’t pay our writers top dollar, because we simply can’t afford to. We are a small company with a very tight budget, and none of us count on our LSJ earnings as our primary income.

Considering that, one might expect our company to have high turnover, like everyone else in our budget range. But nothing could be further from the truth, and we are extremely blessed for that.

Every August, as we get ready to come back from our very short break and gear up to cover high school sports, I don’t have to wonder who the writers will be for the coming season. It’s the same group of great journalists every year, and they are ready to roll once again.

There is Nate Thompson, entering his fifth season with LSJ. Nate lives in Jenison with his wife and children and has been working full-time for an Ottawa County company for several years. Yet he faithfully drives to Muskegon at least once a week during the fall, winter and spring to cover games. He also writes some of the best player profile stories you will ever have the chance to read. 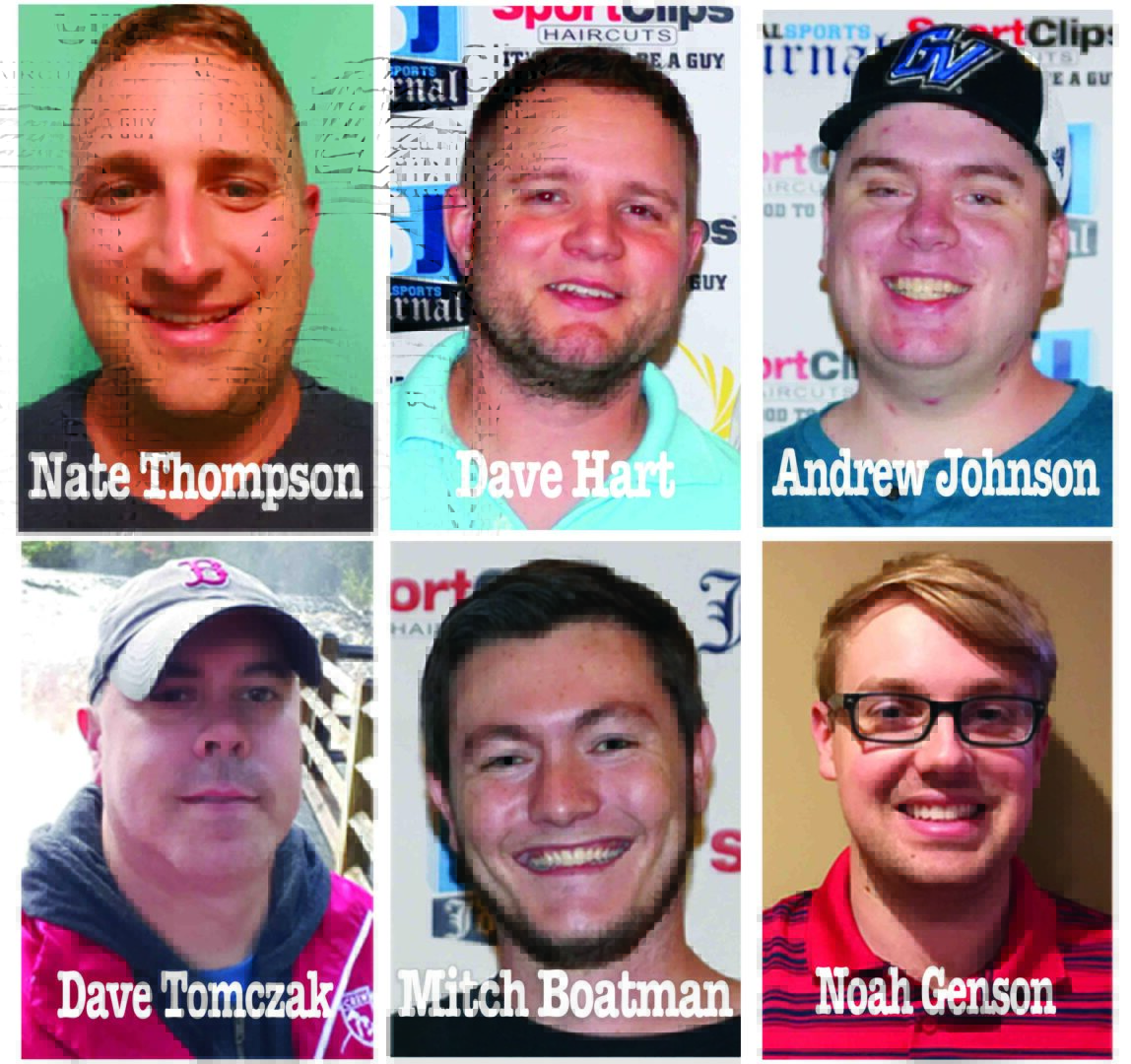 There is Dave Hart, a Fruitport High School grad entering his sixth year with LSJ. Dave is the manager of the meat department at Orchard Market in Spring Lake, a very busy job that requires him to get up every morning at a time when most of us are hours away from the alarm. He’s pretty tired by the time evening rolls around, yet he spends several nights a week either covering games or assisting with the tedious but necessary editing chores.

There is Andrew Johnson, who joined LSJ as a wet-behind-the-ears journalism intern four years ago. He is now a Grand Valley State University graduate who works full time at the GVSU police department, yet he drives to Muskegon at least once a week to cover games, and also writes great feature stories and assists with editing.

There is Dave Tomczak, a Muskegon Catholic Central grad entering his third full year with LSJ.  Dave lives and works full-time in Ottawa County, but faithfully makes the drive north in all sorts of weather, and uses his versatility to skillfully cover whatever type of games he’s assigned to.

There is Mitch Boatman, who is entering his fourth year with LSJ. Like Johnson, he started out as a GVSU intern, then graduated and stuck with us. Mitch is a talented young journalist who covers news full-time for the Holland Sentinel. He’s one of the best writers and reporters at the Sentinel (which makes sense, because he’s LSJ trained), but his love for high school sports, and dedication to our company, remain intact.

On the younger end is Noah Genson, who is still completing his degree at GVSU, but has already developed into a competent game reporter with a bright future ahead of him. And we can’t forget our other student writers – Al Plough and Simon Miners – who put in long hours late into the night to get the results of every game they can.

Just as dedicated is our veteran staff of talented photographers, who make no money at all for their efforts, but still donate time every week to capture the plays and moments that make local sports special. They include Leo Valdez (who is well-known and loved by local fans for his enthusiasm and friendly personality), Dr. Tim Reilly, Rev. Joe Lane, Marc Hoeksema, Randy Riksen, Dr. Michael Banka, Kris Rake and Mitchell Dixon.

It’s been a very long time since West Michigan has been blessed with a veteran sports coverage team like this.

It used to be commonplace. I remember back in the day, when I was employed by the old Muskegon Chronicle, and worked with great sports writers like Mart Tardani, Cindy Fairfield, Ron Rop, Tom Kendra, Mike Skinner and Mike Mattson, and great sports photographers like Ken Stevens and Dave Carlson. Nobody covered high school sports like the old Chronicle staff.

Sadly those days are long gone. Mainstream newspapers have gone corporate for the most part, and have cut their sports staffs down to the bare minimum to save money. Often that leaves just one full-time reporter to cover everything going on, which is a very tough assignment indeed.

But at LSJ, it’s almost like time has stood still, and conditions remain the same as they were in the days of vibrant local journalism. We pride ourselves on delivering sports coverage the old-fashioned way (it’s about the players and the games, not the scandals and crimes), and we are incredibly fortunate to have a team of seasoned journalists doing the hard work necessary to make that happen.

By the way, welcome to the 2019 high school sports season, which begins for us on Friday night when Spring Lake hosts Hudsonville Unity Christian in boys soccer. We will be on hand with full coverage to kick things off.

Our prep football coverage will begin with the release our annual full-color football preview section on Monday, Aug. 26, followed by full coverage of the first varsity football games on Aug. 29 and 30.

Orchard View football, with triple-threat offense, suddenly 3-0 and gaining a lot of notice

Muskegon Lumberjack Cooper Marody commits to the University of Michigan