There’s obviously extra incentive in our Gridiron Picks this fall, with the addition of the very cool perk of weekly drawings for free dinners,

and the end-of-the season prize of movie passes at the Harbor  Cinema, for fans who signed up for their favorite LSJ

As the defending champion, I’m guessing a lot of people jumped on the Thompson Bandwagon prior to Week 1 of the high school season  (Thanks, mom for being one).

I mean, winning attracts winners, and I’d like to think of my fans as a loyal group. Naturally, I’ve come up with a nickname for them, the Picks Pack.  It fits nicely with the cinema theme, “The strength of the Pack is the Wolf, and the strength of the Wolf is the Pack (Jungle Book).”

Sorry, I couldn’t come up with something cooler like the Avengers. 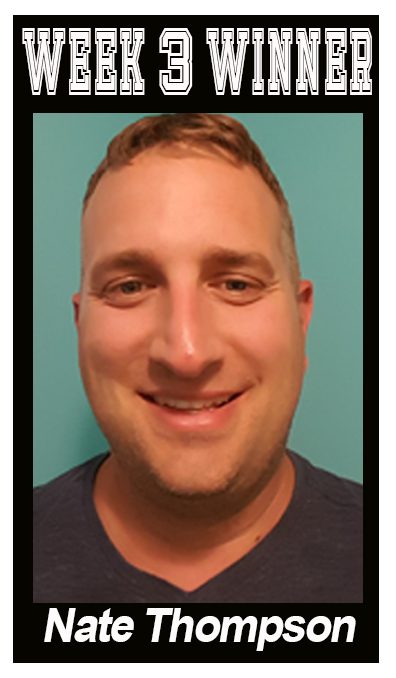 But in the opening two weeks, the contest got off to a very strange start. Traditional bottom-feeders Jason Goorman and Steve Gunn were the weekly winners, which is like Rutgers and Indiana contending in the Big Ten in football – it’s an abnormality.

And my Pack was probably thinking I had drank some funky Kool-Aid. I obviously felt the pressure to appease my fans, but my early-season upset picks turned out to be duds.

Seriously, did I really pick against both Oakridge and Montague in Week 1?  That must have been an out-of-mind experience.

Fear not, as I have turned things around quicker than a Cameron Martinez dash to the end zone. I’m right back in the thick of things after turning in a perfect 14-0 record last week. The number 14 is also two more on the field than the typical Michigan State field goal unit.

Now that I have my rough stretch out of the way, I fully expect the Pack to benefit greatly from my weekly domination. And at the end of the season, one of the Pack will be cheering, “I’m King (or Queen) of the World!”  (Titanic).

As for my picks this week, the doozy of the week is at Sailor Stadium, where undefeated Rockford comes to town. The Sailors will show no sympathy to the Rams, which had head coach Ralph Munger go under the knife for quadruple bypass heart surgery in early August. Sailors will win by 10.

Ravenna and Whitehall should also be a nail-biter, and I believe the Vikings will be ornery after falling just short against Oakridge last week. I’m thinking a high-scoring, five-point Whitehall victory, 35-30.

Reeths-Puffer fought hard against Mona Shores last week, and the Rockets get little relief having to travel to Jenison this week. Guess what — it’s also the Wildcats’ Homecoming game and they’ll pull out a six-point win.

My upsets of the week are Muskegon Catholic handling Ludington its first loss, and host Belding spoiling OV’s perfect start. 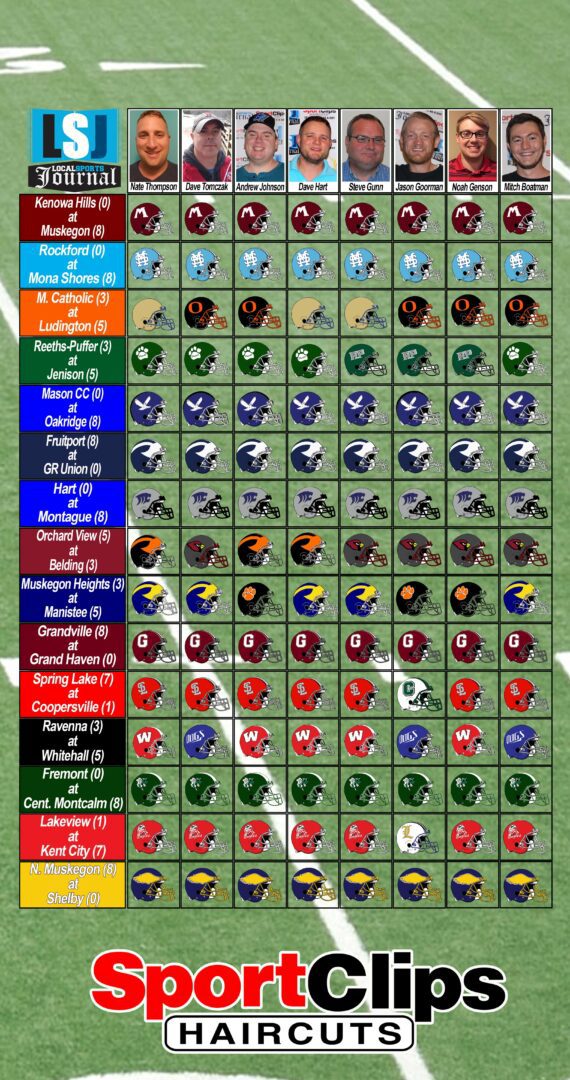