MUSKEGON TOWNSHIP – Last year around this time, Western Michigan Christian head coach Trent Smillie was overjoyed with his team, calling it his most complete squad he’d had during his tenure.

But due to the injury bug, that team was never able to reach its full potential. It won the Lakes 8 Conference title, but lost in the district semifinals. 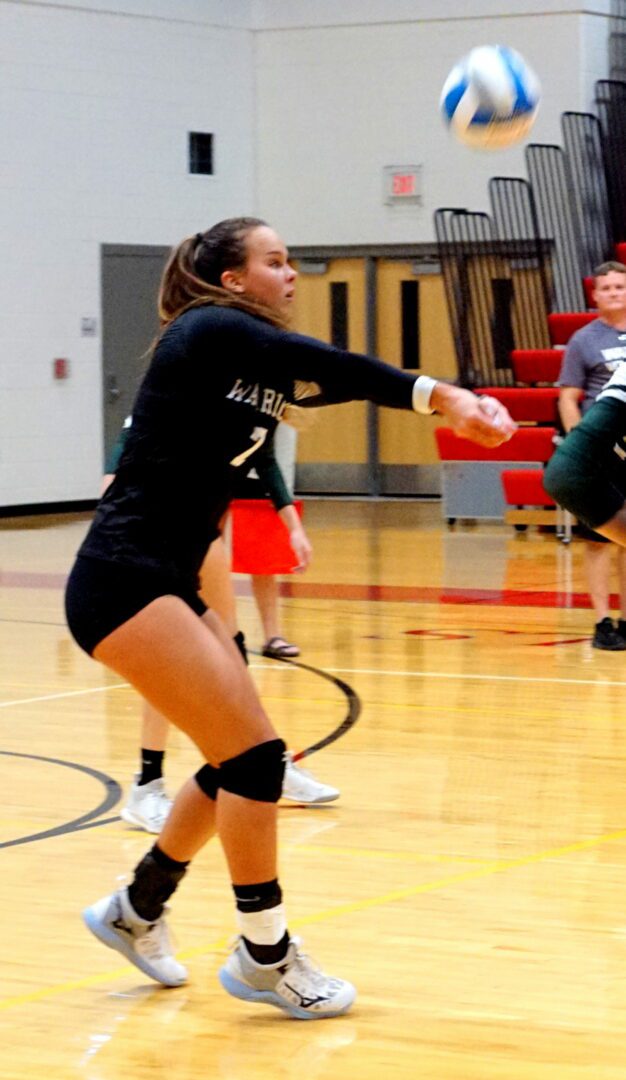 Chloe Mitchell on the dig for WMC. Photo/Leo Valdez

This season, however, Smillie is excited again, calling the 2019 Warriors even better than last year’s squad.

They sure looked good on Wednesday, rolling past Orchard View in three straight sets in a Lakes 8 Conference matchup at OV.

Western Michigan Christian, ranked sixth in the state in Division 3, is now 16-9-3 overall and 2-0 in conference play.

“We brought back four starters and a few rotation players from last year,” Smillie said after the win.  “They all put in a ton of work this summer and it’s really evident in our play.”

The first set started off close, with neither team able to pull away. With the score tied 14-14, Alisha Leffring went on an eight point service run to put the Warriors up 21-15.

Blocks from Claudia Kingma late in the set helped the Warriors seal things up 25-15.

“When we got down 13-12, I called the time out and just asked what was wrong,” Smillie said about the slow start. “They told me they were playing frantic. I just reminded them of all the big games we’ve already been in this year, and that seemed to calm them down.”

It was all Warriors in the second set, when they jumped out to a 22-5 lead.  The Cardinals made a late surge when Lauren Wroblewski had a seven-point service run, but WMC still won 25-12.

After a slow start to the third set, the Warriors got backl on track, opening up a 19-9 lead, plowing to a 25-11 victory, and completing the sweep.

Even after the impressive win, Smillie said there are still some things for his team to improve on.

“Our passing and keeping the ball in bounds on our kill attempts have been our biggest issues,” the coach said. “If we can tighten up there, there aren’t many teams that can match up with our size.”

First year Orchard View Coach Kari Klever said her players have to start believing in themselves.

“Our confidence is a bit lacking,” she said. “I see the talent in all these girls, and once they can see it themselves I think we’ll start to make some progress.”

The Cardinals were led by Lily Johnson and Tara McGrath with four kills apiece while Cassidee White and Allison Tenhove each chipped in with two.

Orchard View moves to 5-10 on the season and 1-1 in conference play. 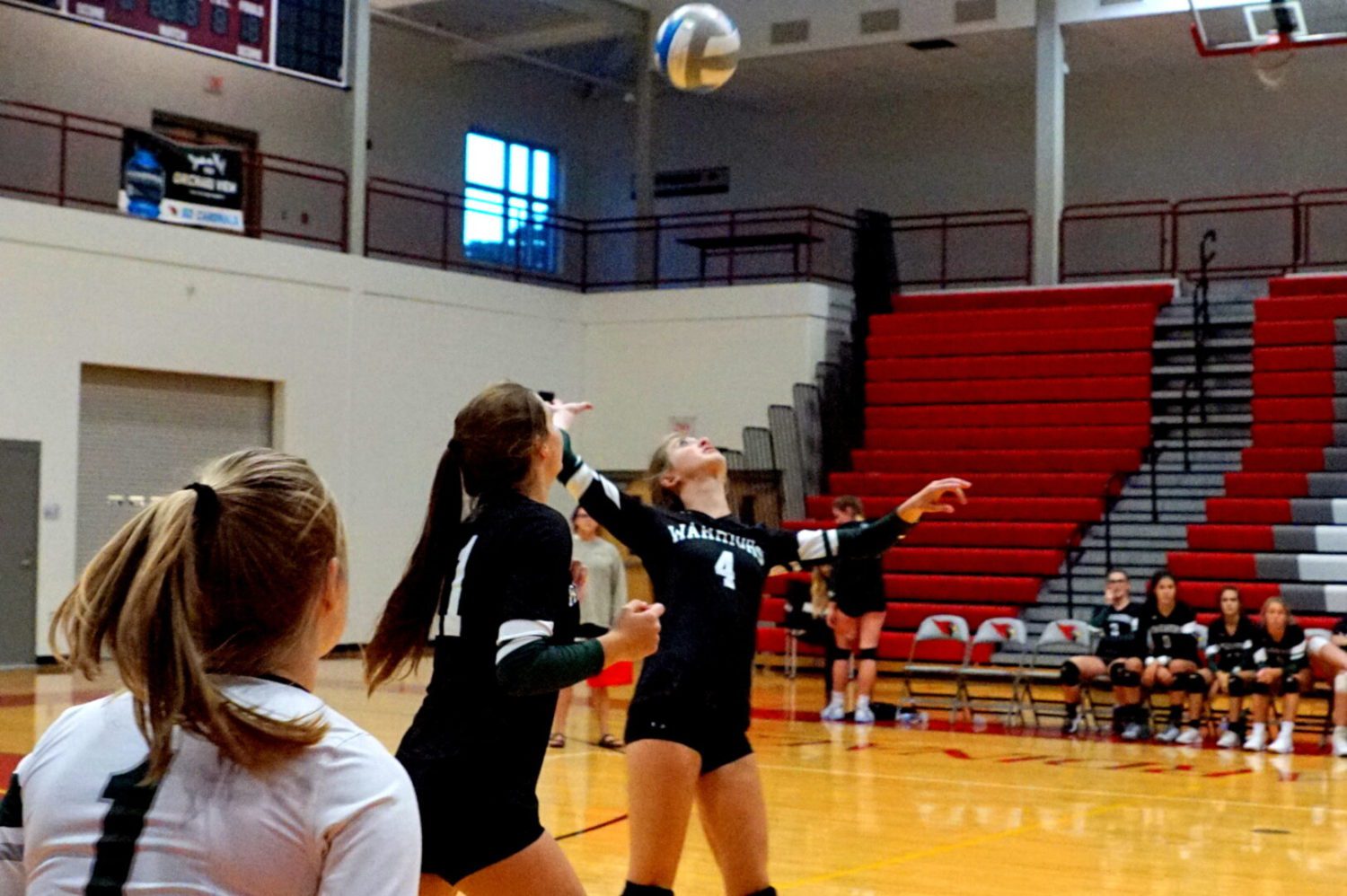 WMC’s No. 4 Esther Hartley winds up for the hit. Photo/Leo Valdez 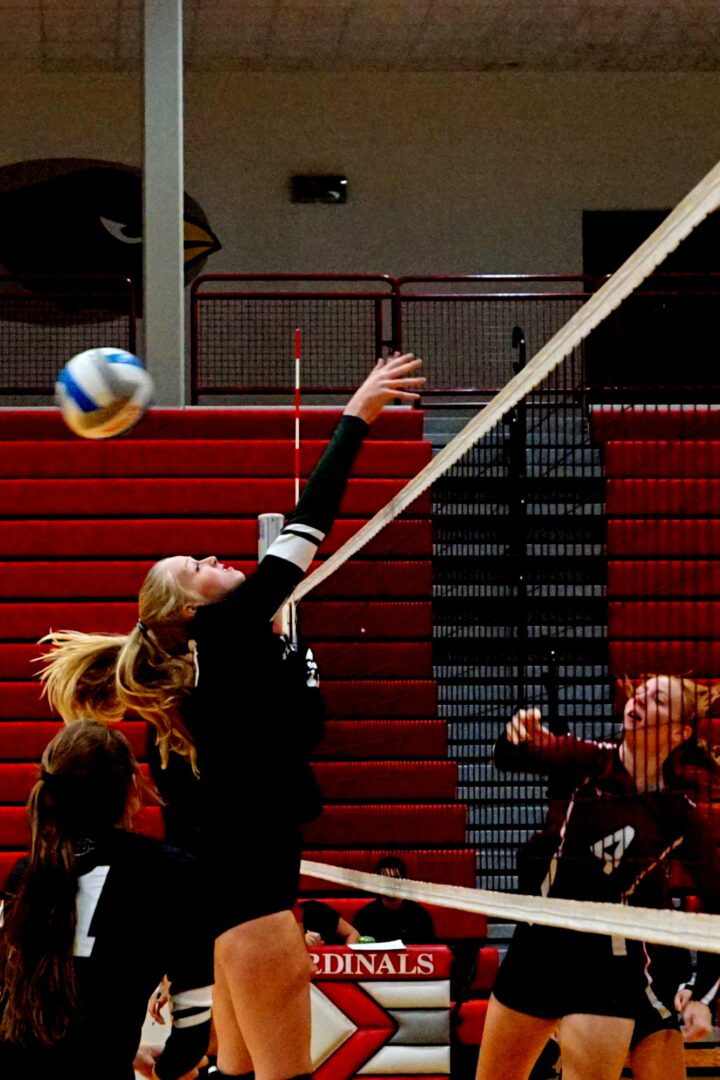 Orchard View’s No. 4 Lily Johnson spikes the ball past WMC at the net. Photo/Leo Valdez 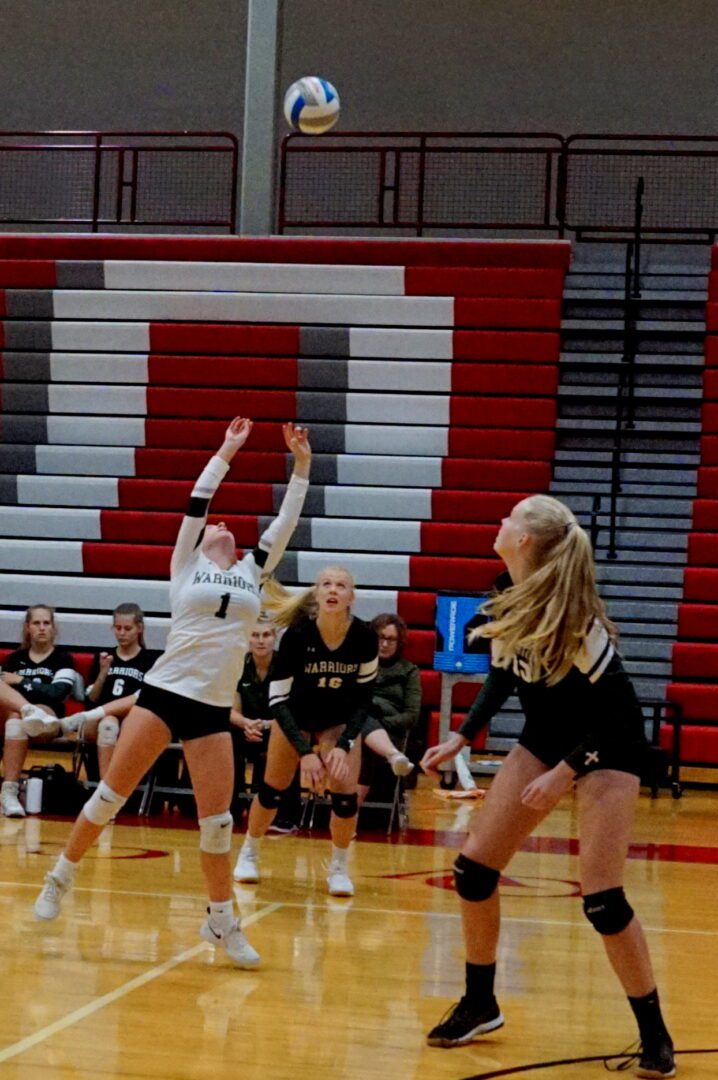 WMC’s No. 1 Grace Vanbeek sets up No. 10 Taylor Folkema at the net. Photo/Leo Valdez 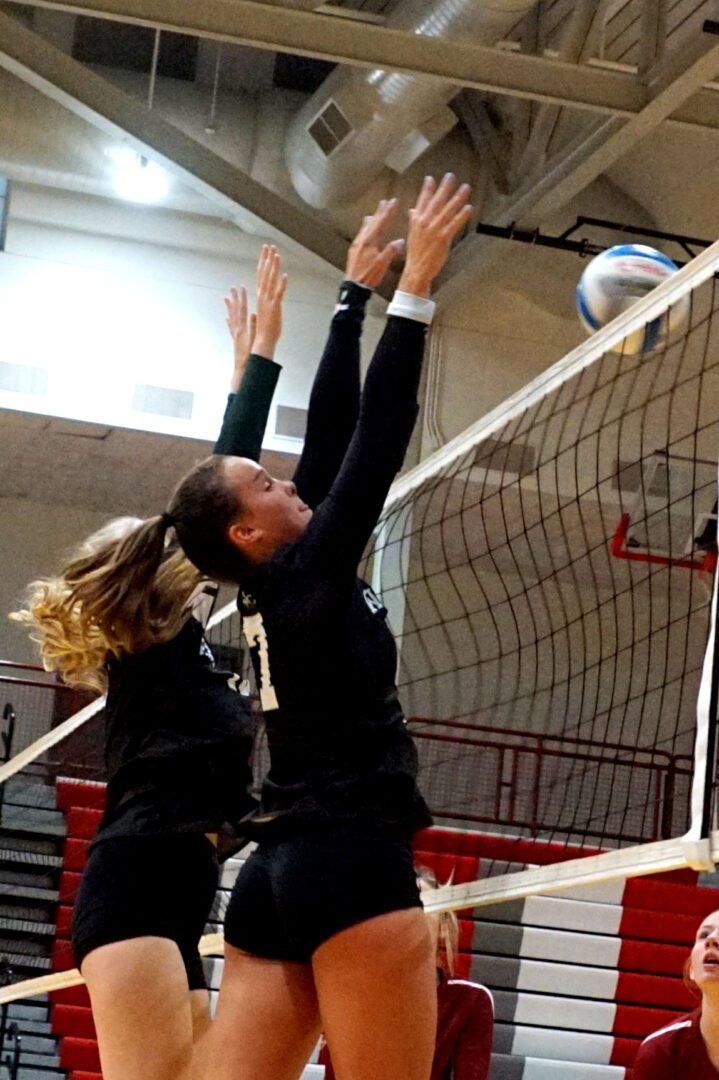 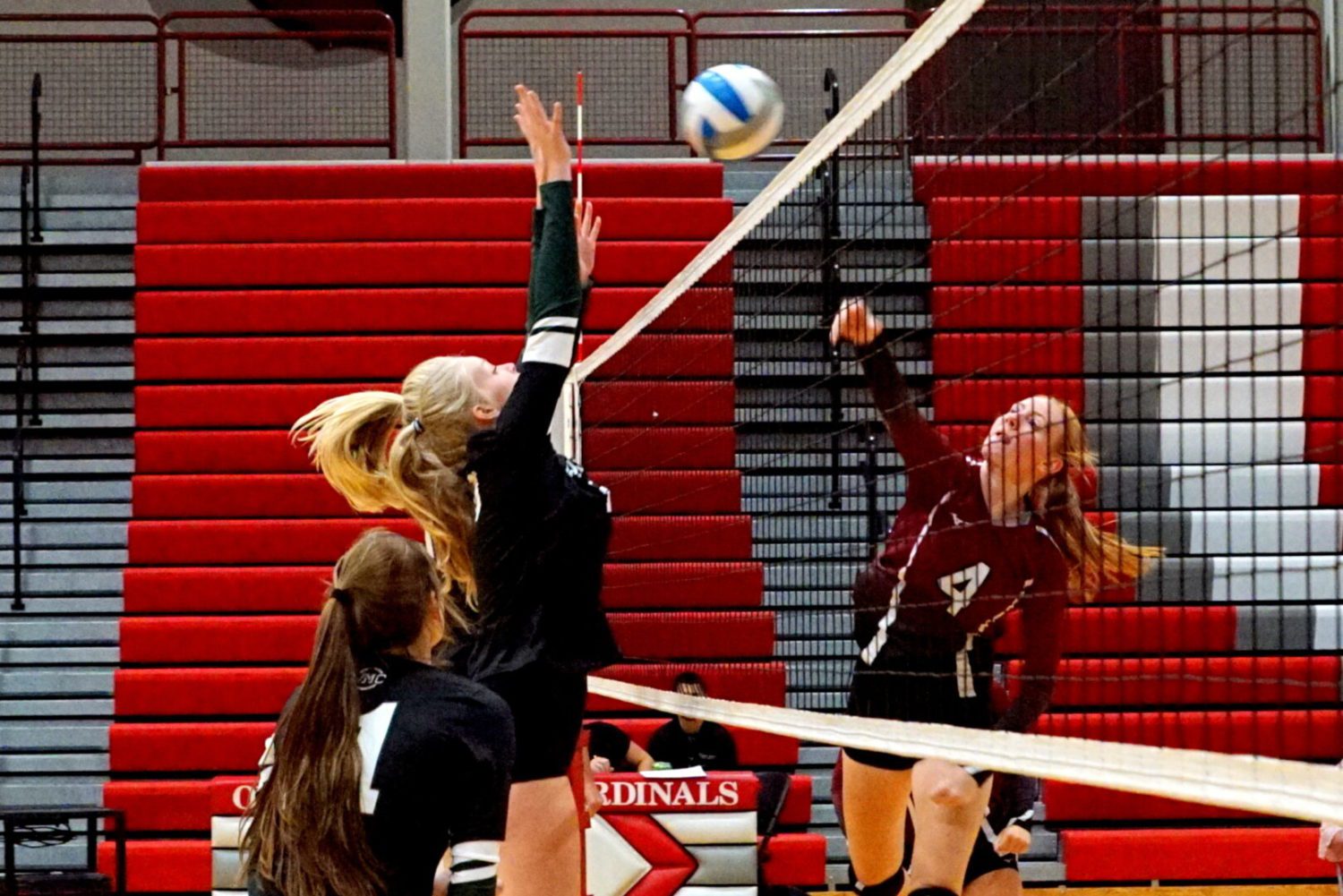 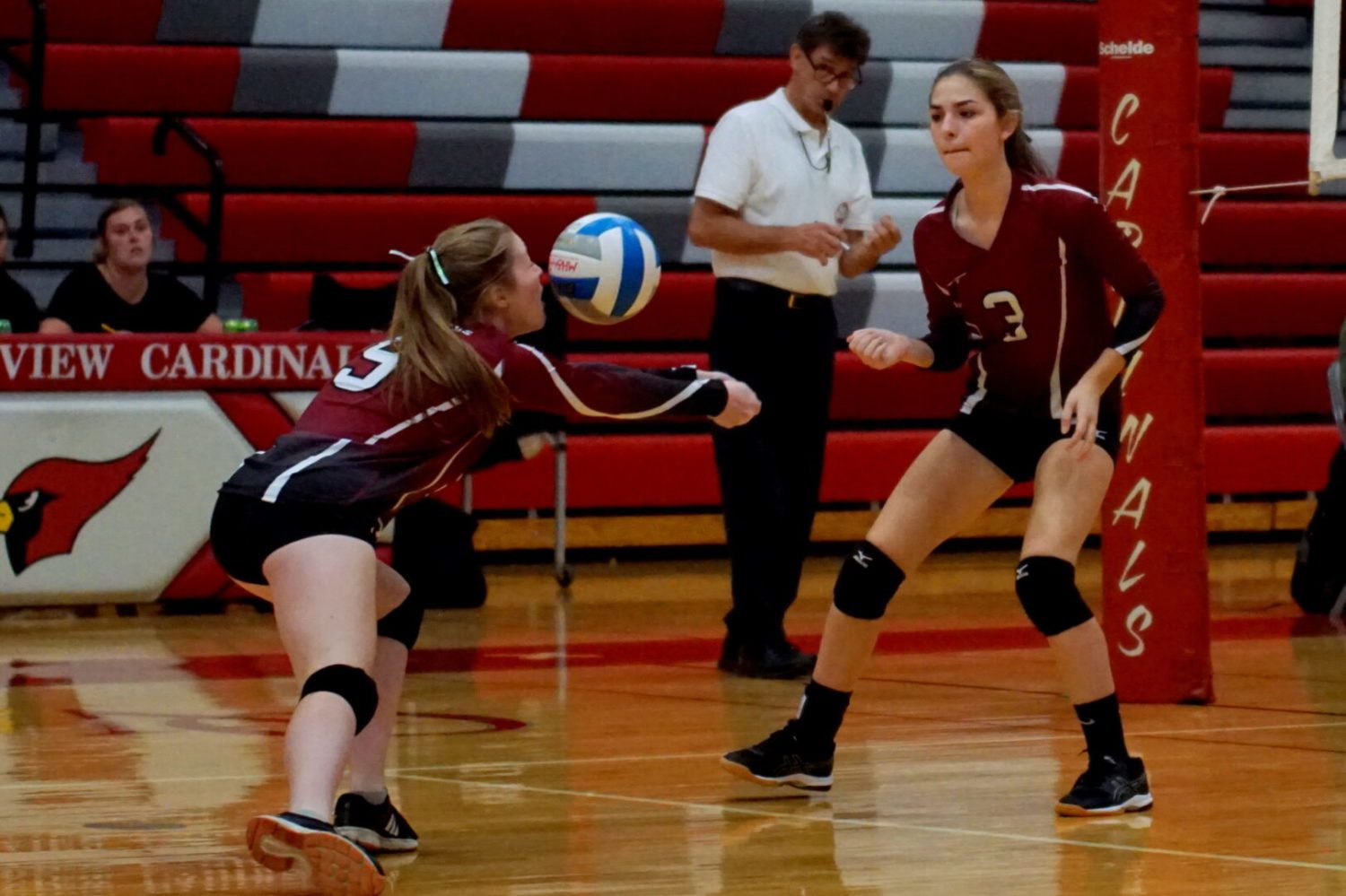 OV’s No. 9 Haley DeWeerdt on the dig as No. 3 Kaelyn McNarland watches. Photo/Leo Valdez 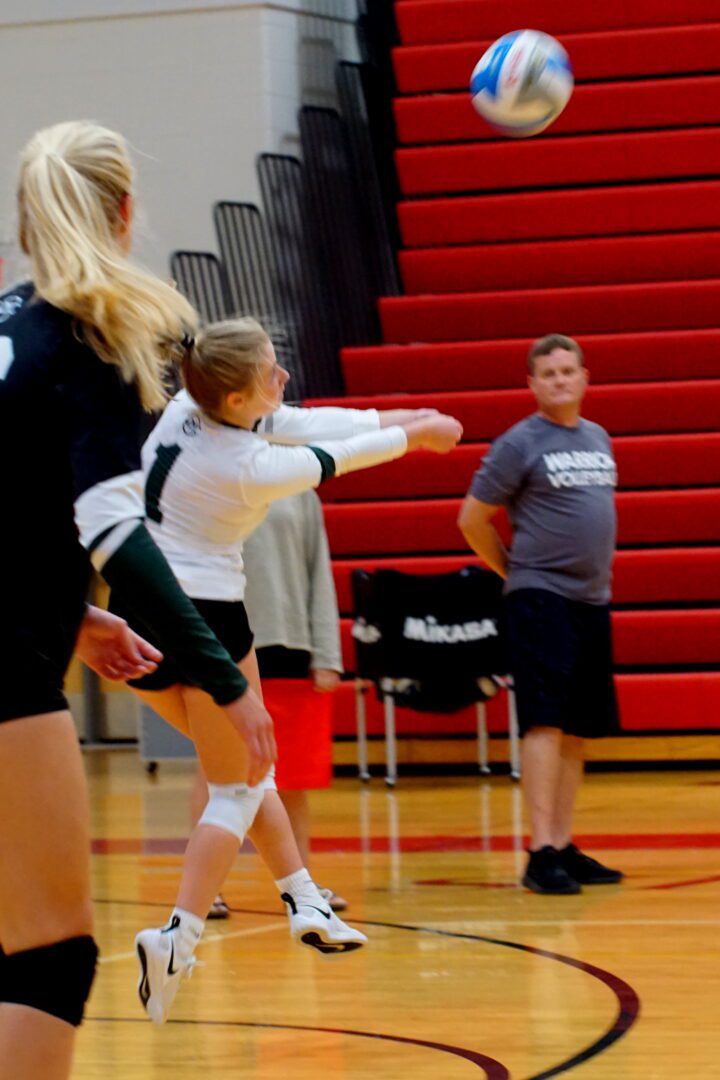 Grace Vanbeek gets a dig in for WMC. Photo/Leo Valdez

Boys hoops roundup: Pentwater pulls away late for a win over rival Walkerville