eighth at the Division 4 state finals at Kalamazoo College.

That was a pretty amazing for a team that experienced a lot of injuries in 2018, and was not expected to make much noise at the state level.

“I was very proud of the team for the run we made,” said senior No. 1 singles player Jackson Vanbergen, who reached the quarterfinal round at the state finals last season, and is gearing up for bigger things this fall.

“We dealt with so many injuries. I missed about a week with a wrist injury, and we never knew quite what the lineup would be with injuries. But we pushed through everything and found ways to win.”

Pushing through is exactly what head coach Greg McManus expected out of his team, a traditional power that finished fourth in the state in 2015, third a year later, and has not finished lower than second place at the Greater Muskegon Athletic Association Tennis Tournament since 2015. 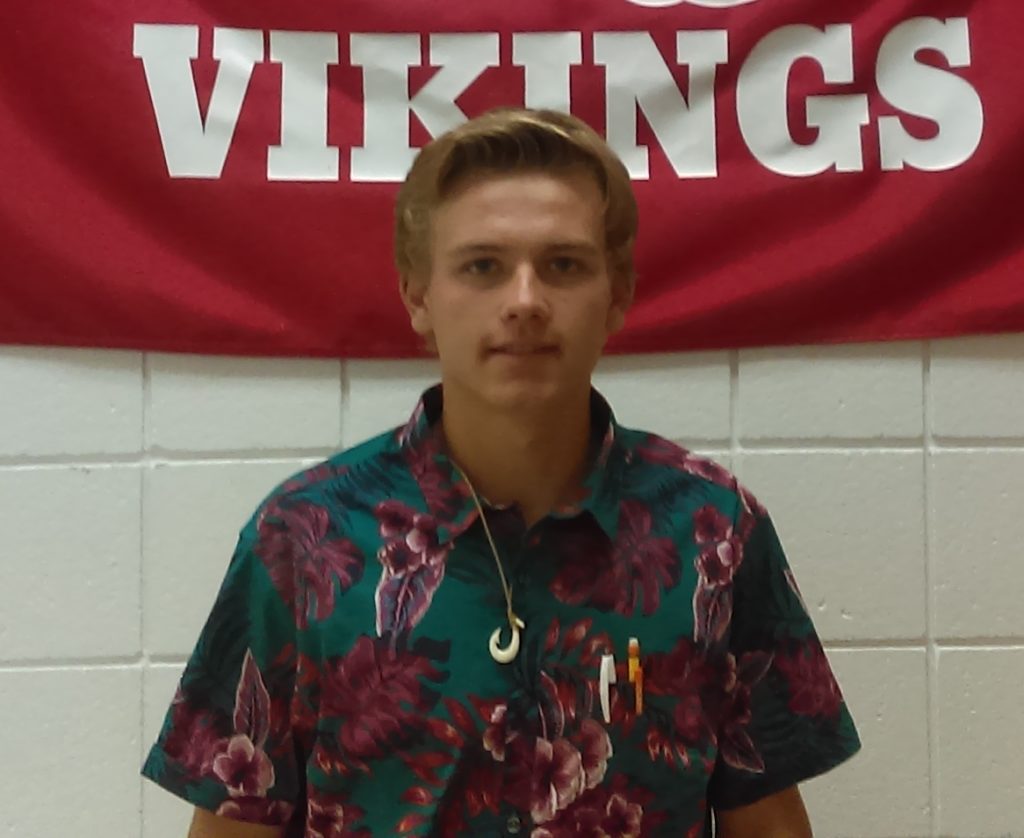 “I would say the guys were never content last year,” McManus said. “They wanted to keep getting better and better. They tried to figure out some things that opponents might not be ready for, and they were so open to change that it gave them an advantage.”

McManus is expecting the same type of resilience out of his squad this year, despite its youth. The Vikings lost six players from their 2018 lineup to graduation, and only have 14 on a roster than usually has between 16 and 19.

But at Whitehall that’s no excuse.

“I think the guys are excited,” said McManus, whose team is currently ranked ninth in the state in Division 4. “We graduated a lot of kids. We lost our two singles, three singles, four singles, half of our one doubles, half of our two doubles and half of our three doubles. So we lost a lot of guys. I think we’re excited this year, but not as deep.”

While the Vikings may be lacking in experience, they won’t lack in leadership. Three players return who advanced deep into the state tournament last fall and know how to win. 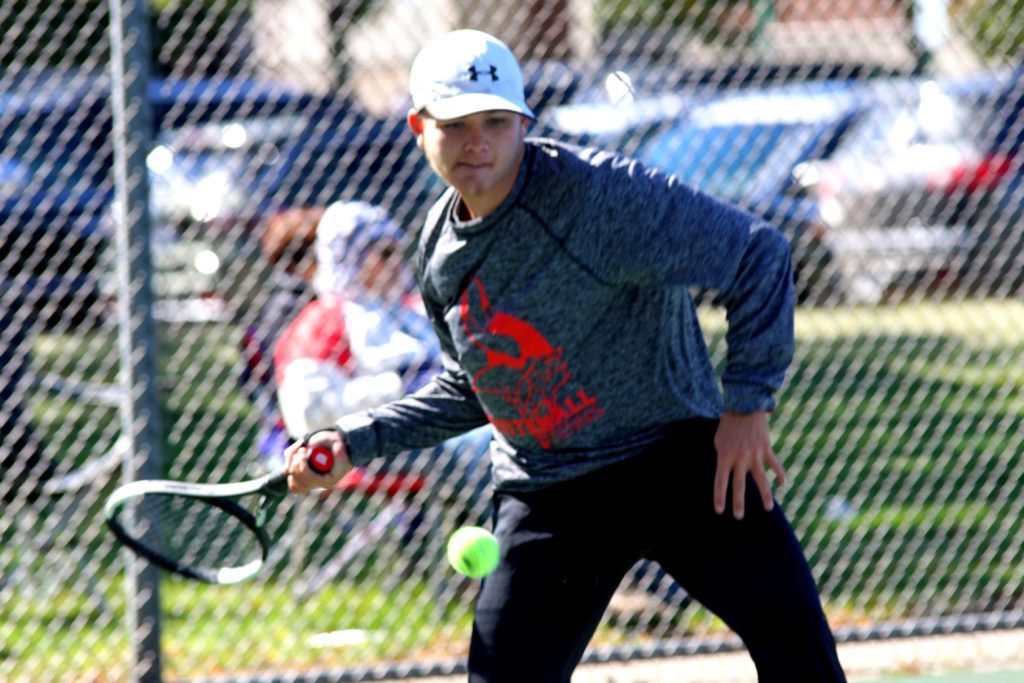 Jackson Vanbergen gets ready to make a play on the ball during the GMAA city tennis finals in 2018. Photo/Leo Valdez

They include Christian Smolen and Austin Groeneveld, who were state semifinalists as doubles partners last season. Meanwhile,  Vanbergen is back at the top of the lineup at No. 1 singles, intent on improving his own game while helping his team maintain the Whitehall tennis tradition.

“He sets up most of the practices and leads guys,” said senior Evan Luce about Vanbergen. “Jackson is good with the young guys. He’s not forceful and doesn’t tell them what they’re doing wrong, but rather leads them and tells them what they need to do to improve.”

Vanbergen is mindful of the leadership role he’s expected to play.

“Yeah there is a bit of pressure,” said Vanbergen, who didn’t even play tennis in middle school due to conflicts with baseball. “But I feel like I’m kind of a natural leader. I think it helps with some of the guys that I try to really talk with them and teach them.”

Regardless of how the new season goes, Vanbergen already has the respect of his coach.

“He’s a leader and a great teammate,” McManus said. “He played through some injuries last year and I think he’s one of the top 10 players in the state in Division 4.”