MUSKEGON – Muskegon Catholic Coach Steve Czerwon has a lot of memories of the MCC-Ravenna football rivalry, which

goes back years and includes some classic games, in the regular season and the playoffs.

The final game of his career as the MCC quarterback was in the first round of the playoffs in 1994,

when Ravenna beat MCC 21-13 and went on to win a state championship.

In 2002 and 2003 Czerwon was actually a Bulldog, serving as an assistant coach under legendary coach Dusty Fairfield. He was on the Ravenna sideline when MCC won 27-20 in 2002 in the regular season finale. A year later Ravenna won 29-18, again in a regular season game.

The two old rivals have not met since 2015, when MCC won 48-12. But that will change this weekend, probably Friday, when Ravenna (7-2) will visit Muskegon Catholic (6-2) in the first round of the Division 6 state playoffs. 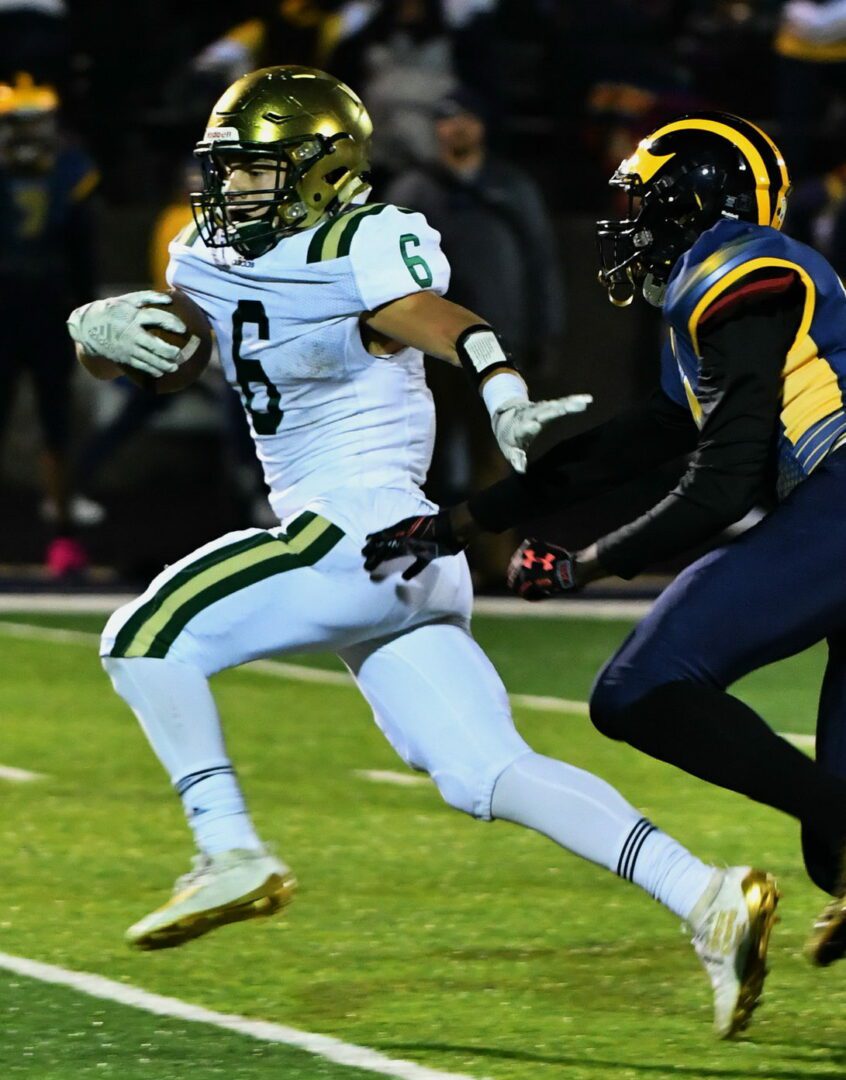 Carson St. Amour breaks free on the rush for Muskegon Catholic in its Week 9 matchup.

MCC and Ravenna were two of the 12 local teams that qualified for the state playoffs. The matchups were announced on Sunday night by the Michigan High School Athletic Association.

First-round matchups are listed below. Dates and times for all the games will be announced on Monday.

Muskegon Catholic-Ravenna should be a classic matchup between the second-place teams in the Lakes 8 Conference (MCC) and West Michigan Conference (Ravenna). The winner will play the winner of the Montague-Newaygo game a week later in the district finals.

It will be the first playoff game for MCC since 2017, because they failed to qualify last year.

“We don’t know a lot about them,” Czerwon said about Ravenna. “In the West Michigan Conference they are as good as the first place team. They’ve had a good year, beating Montague and challenging Oakridge like they did. What a fun game it will be.”

Muskegon Catholic started the season 1-2, then ripped off five straight wins to end the regular season on a hot streak. 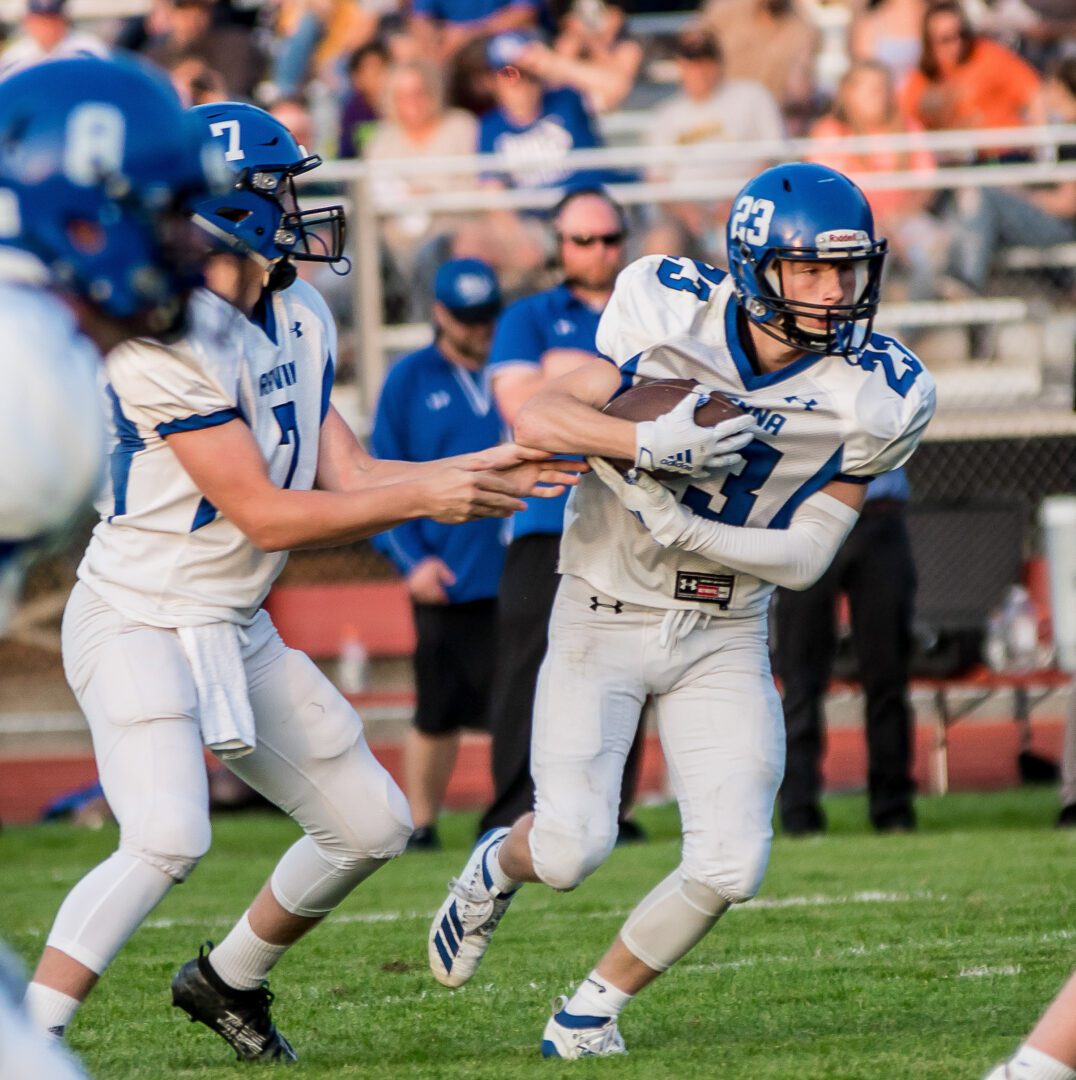 “We’ve been improving, and we’ll take a look at the tape and go from there,” Czerwon said. “We’re getting better, our speed is taking shape, but we’ll have to be able to cover the pass.”

Ravenna will be making its first playoff appearance since 2016. The Bulldogs lost to LeRoy Pine River in the regional round that year after beating Lakeview and Kent City in districts.

“It feels good to make the playoffs,” said Ravenna second-year coach Doug Samuels. “For the Ravenna program it is an expectation. You are expected to compete and bring home trophies.”

Ravenna and Muskegon Catholic last met in the playoffs in 2005 when the Crusaders beat the Bulldogs in the district finals. The two teams have met four times in the postseason.

“I have staff members tell stories about the tradition of playing against Muskegon Catholic,” Samuels said. “We just have to play Ravenna football and execute the game plan, starting with Muskegon Catholic.”