NORTON SHORES – Despite winning back-to-back city tournament championships in 2017-18, the Fruitport volleyball team was only seeded fourth this time around. 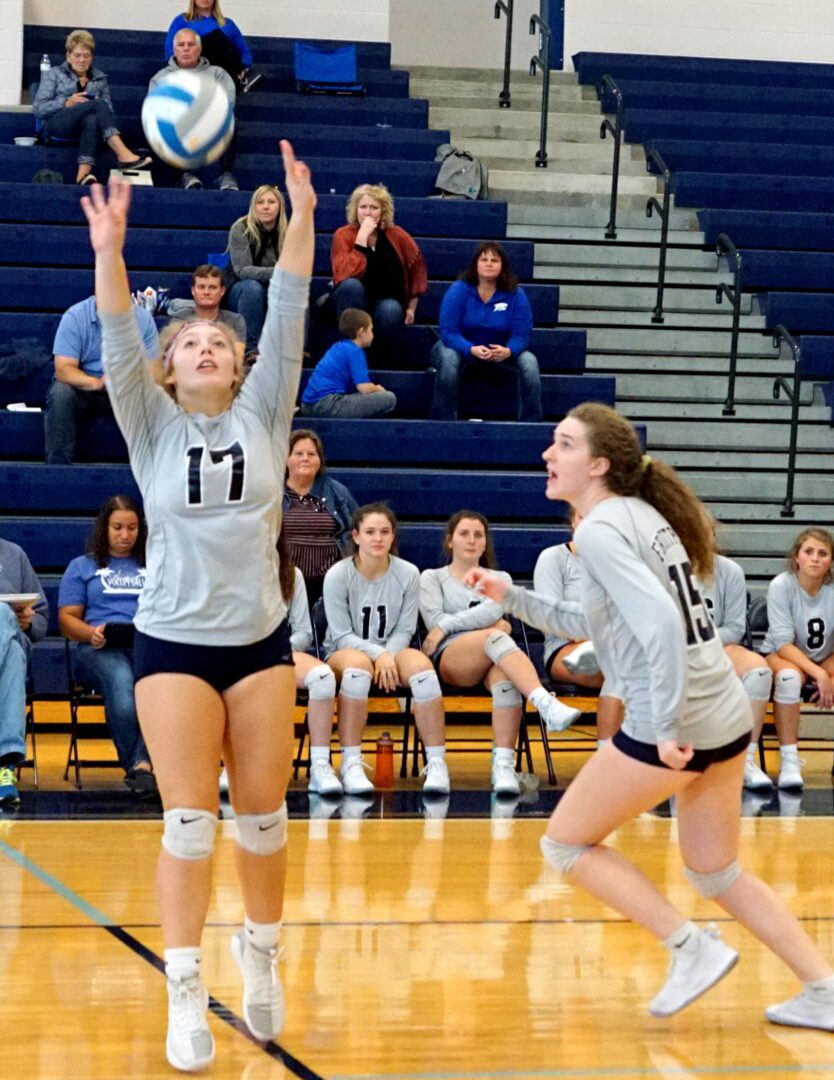 Fruitprt’s No. 17 Jenna VanderVelde sets up Erika Burgess for the spike. Photo/Leo Valdez

Coming into the tournament with a 9-20-2 record, the Trojans had to prove that they were still among the area’s elite squads.

It was a sweet victory for a Fruitport squad that lost a lot of great players to graduation last spring, and came into the season with a pretty inexperienced roster. The Trojans are now 13-20-2.

“When we were struggling this year I tried to tell the girls not to panic,” said Fruitport head coach Nicole Bayle. “City was a huge goal of ours, and I just told them we need to be sharp going into this tournament, and they did just that.”

While the Trojans may lack the athleticism they had in the recent past, they make up for it with hustle and hard work on the court.

“We pride ourselves on not necessarily having the best athletes on the floor, but still being able to beat you,” Bayle said. “Our effort, hustle, and discipline is what helps us win some of these big games.”

Fruitport knocked out Muskegon, Mona Shores, and Whitehall in straight sets en route to the championship match against Montague, the first-place team in the West Michigan Conference.

The finals were a battle from start to finish. 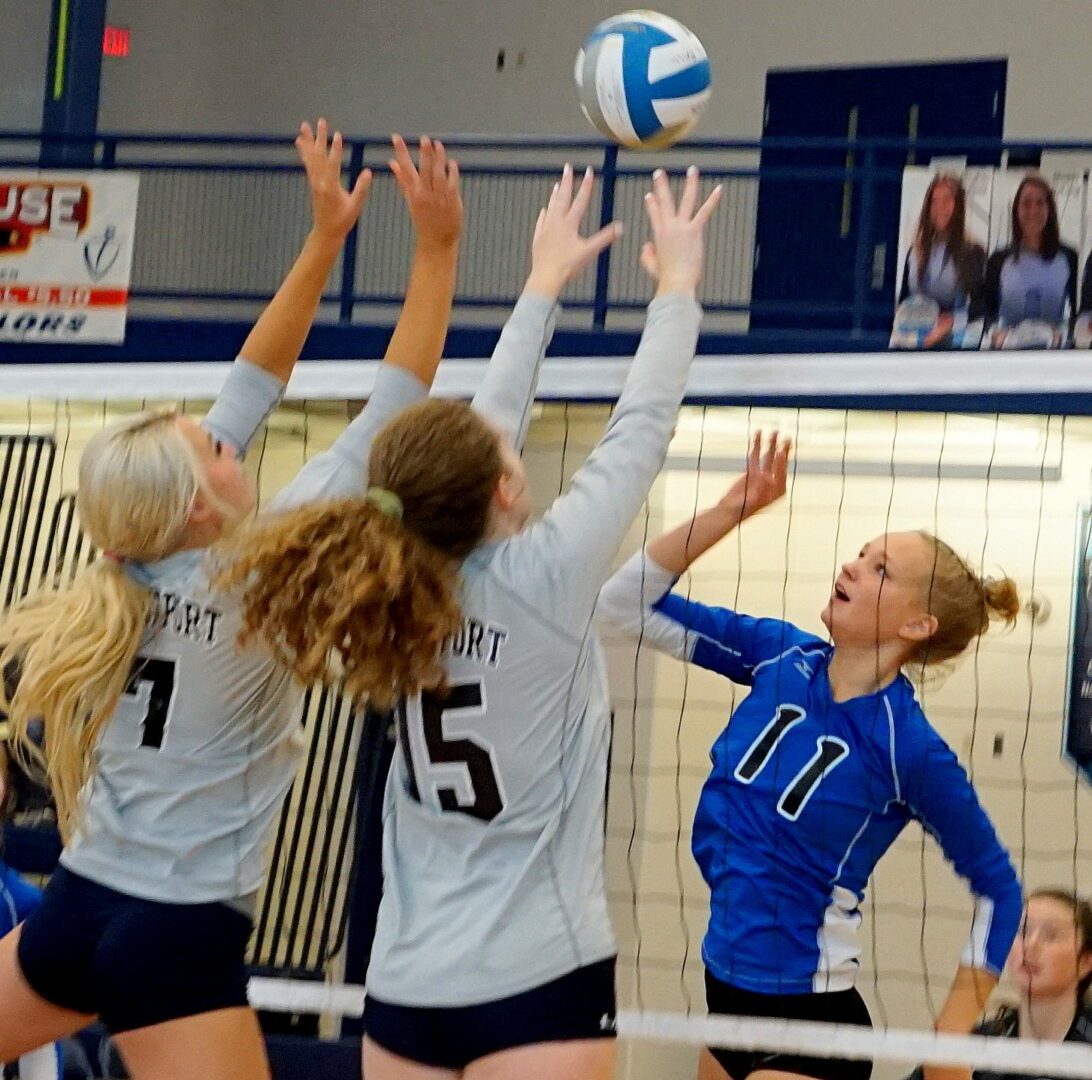 Montague’s No. 11 Ally Hall takes a chip shot over Fruitport’s No. 7 Ellie Fisher and No. 15 Erika Burgess. Photo/Leo Valdez

Montague jumped out to an early 8-3 lead in the third set, but Fruitport woke up, battled to a 22-22 tie, then again won the last three points to take the set 25-22.

It was all Montague in the fourth set. The Wildcats led by as many as 10 points and won 25-16, tying the match 2-2 and setting up the fifth and deciding set.

The Wildcats led 5-2, but Fruitport rallied to tie the score at 6-6. Then Fruitport’s Sydney Bol registered a five-point service run, and the Trojans went on to win 15-12 and claim the tournament title.

The Trojans were led in the tournament by Bol and Brooke Sieplinga with 22 kills apiece while Ellie Fisher added 19.  Jessie Paquin and Kennadi Dykstra were solid in the service game, each totaling four aces.

Reilly Murphy was impressive for the Wildcats, racking up 47 kills on the day, along with a team-high 42 digs. Hall added 23 kills for Montague, which is as now 36-12-1 on the year.

With the state tournament right around the corner, and a potential rematch with Montague in districts, Bayle hopes to see her team continue to mature and improve.

“We’ve just got to continue to be polished,” the coach said. “We had a couple mishaps today, so just getting more and more disciplined would be key.” 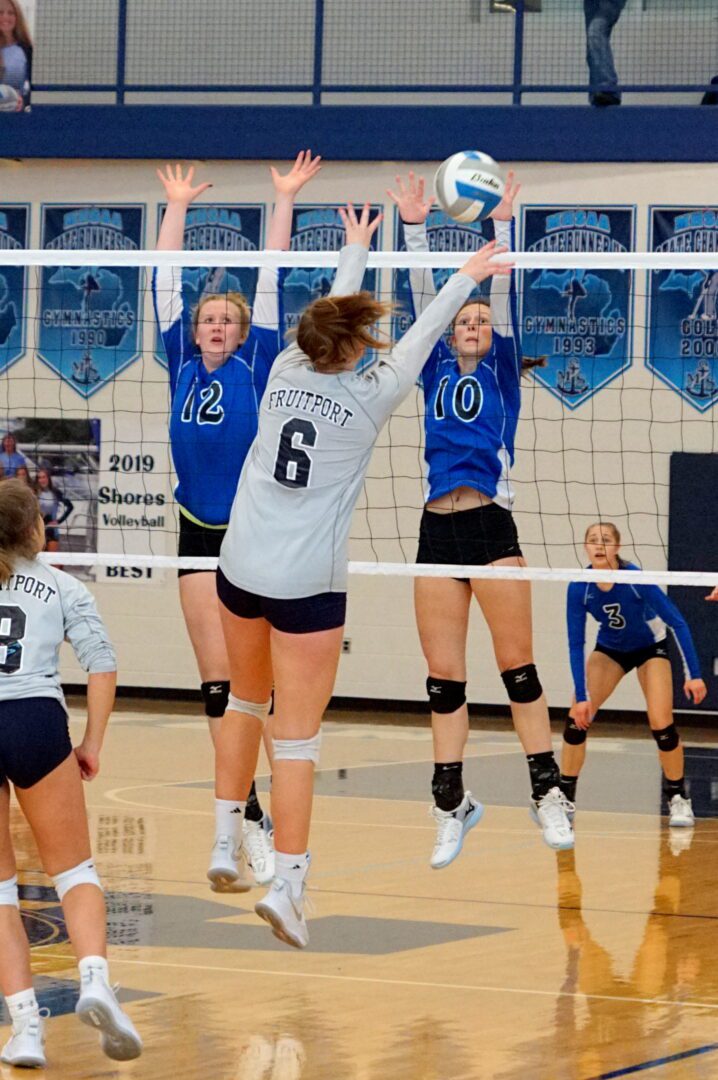 Montague’s No. 12 Janae Koetje and No. 10 Taylor Netcott go up to block Sydney Bol at the net. Photo/Leo Valdez 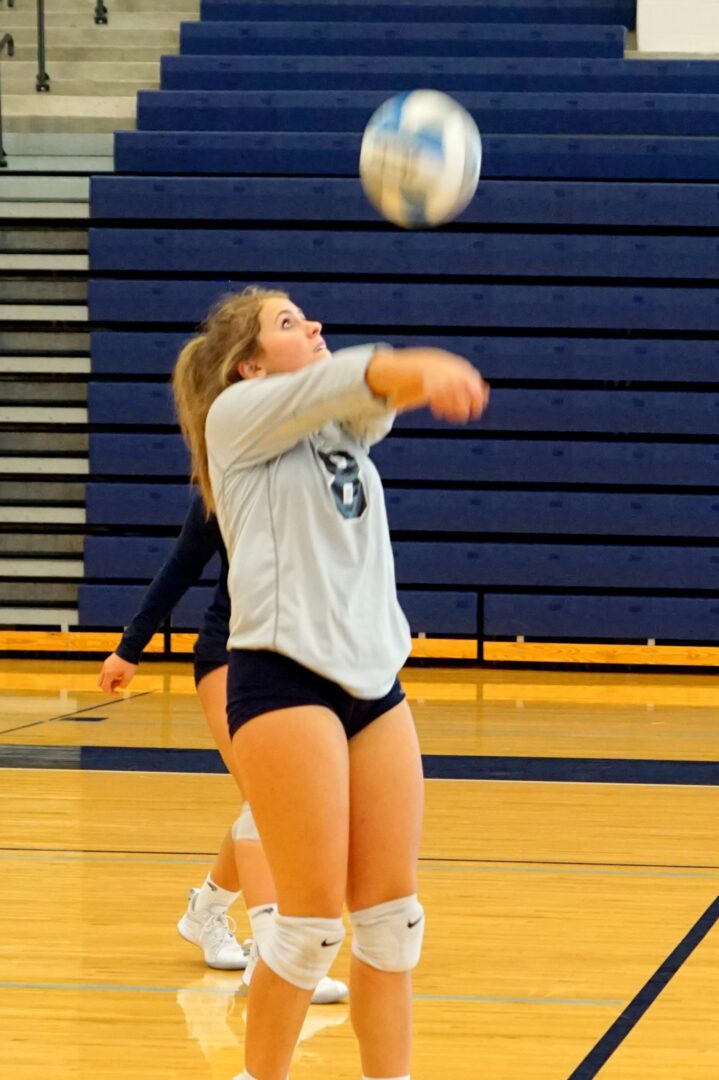 Jessie Paquin gets in on the dig for Fruitport. Photo/Leo Valdez 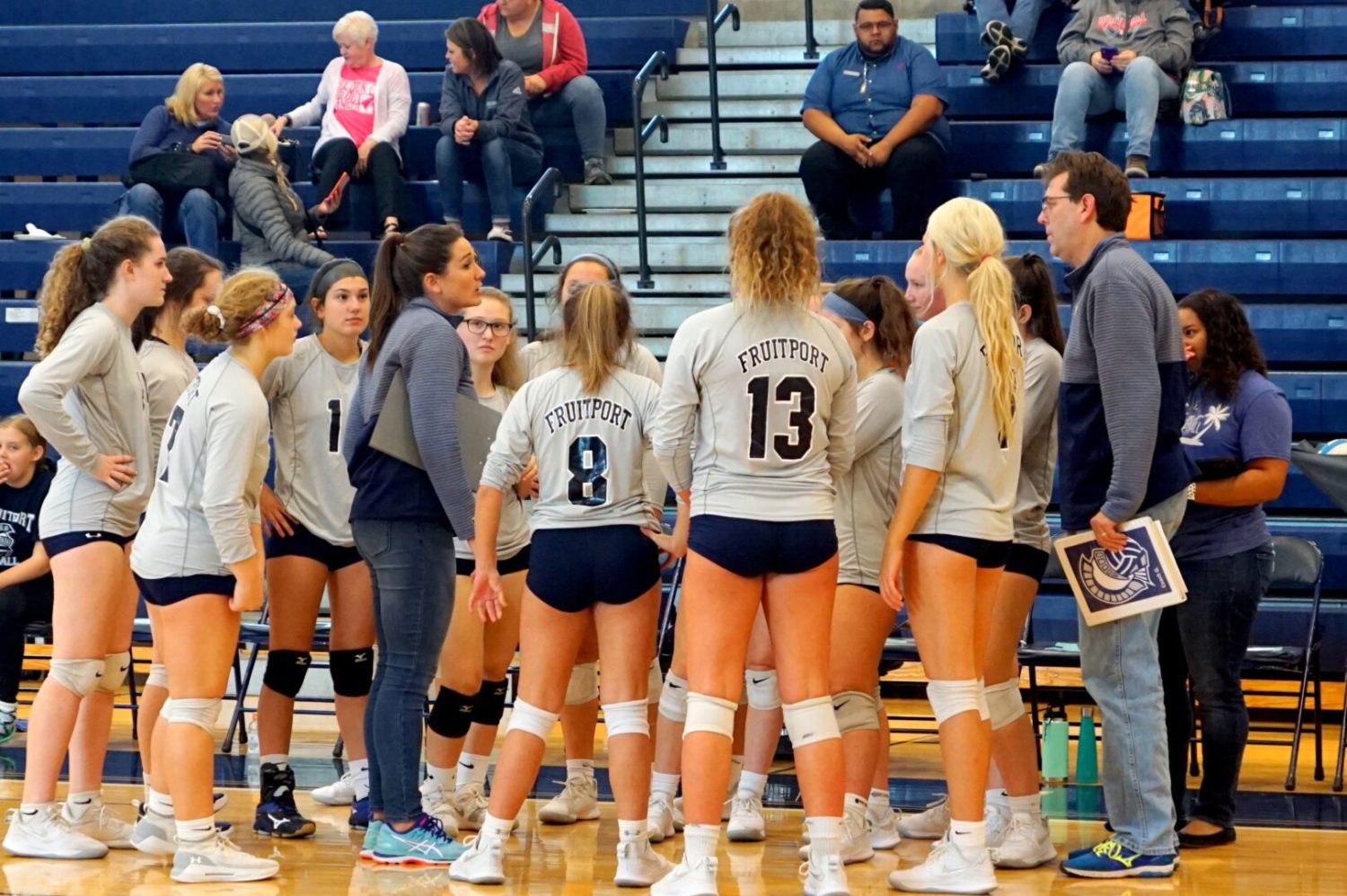 Fruitport Coach Nicole Bale talks with her team during a timeout. Photo/Leo Valdez 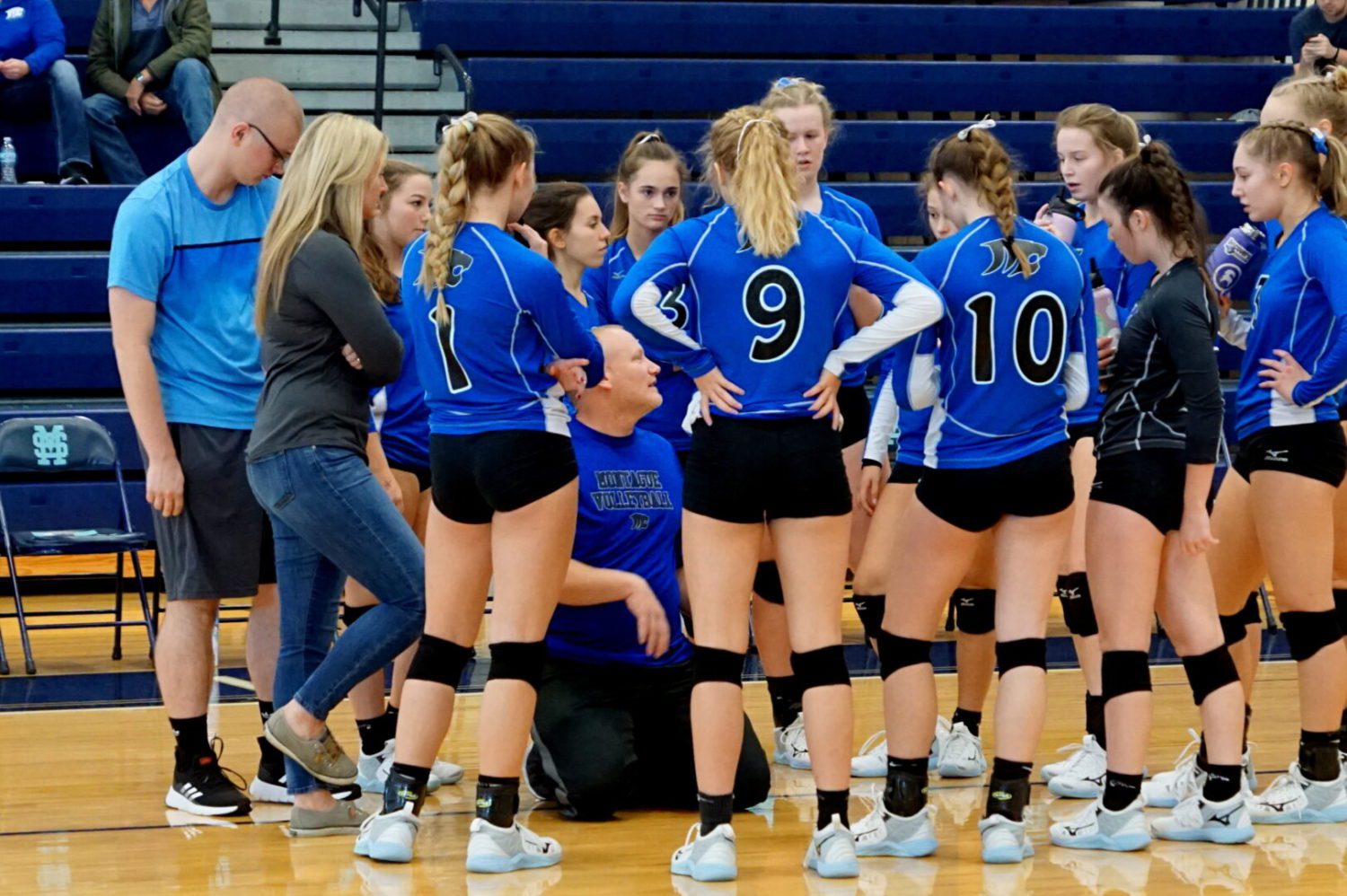 Montague listens to Coach Shawn Bectel during a time out. Photo/Leo Valdez 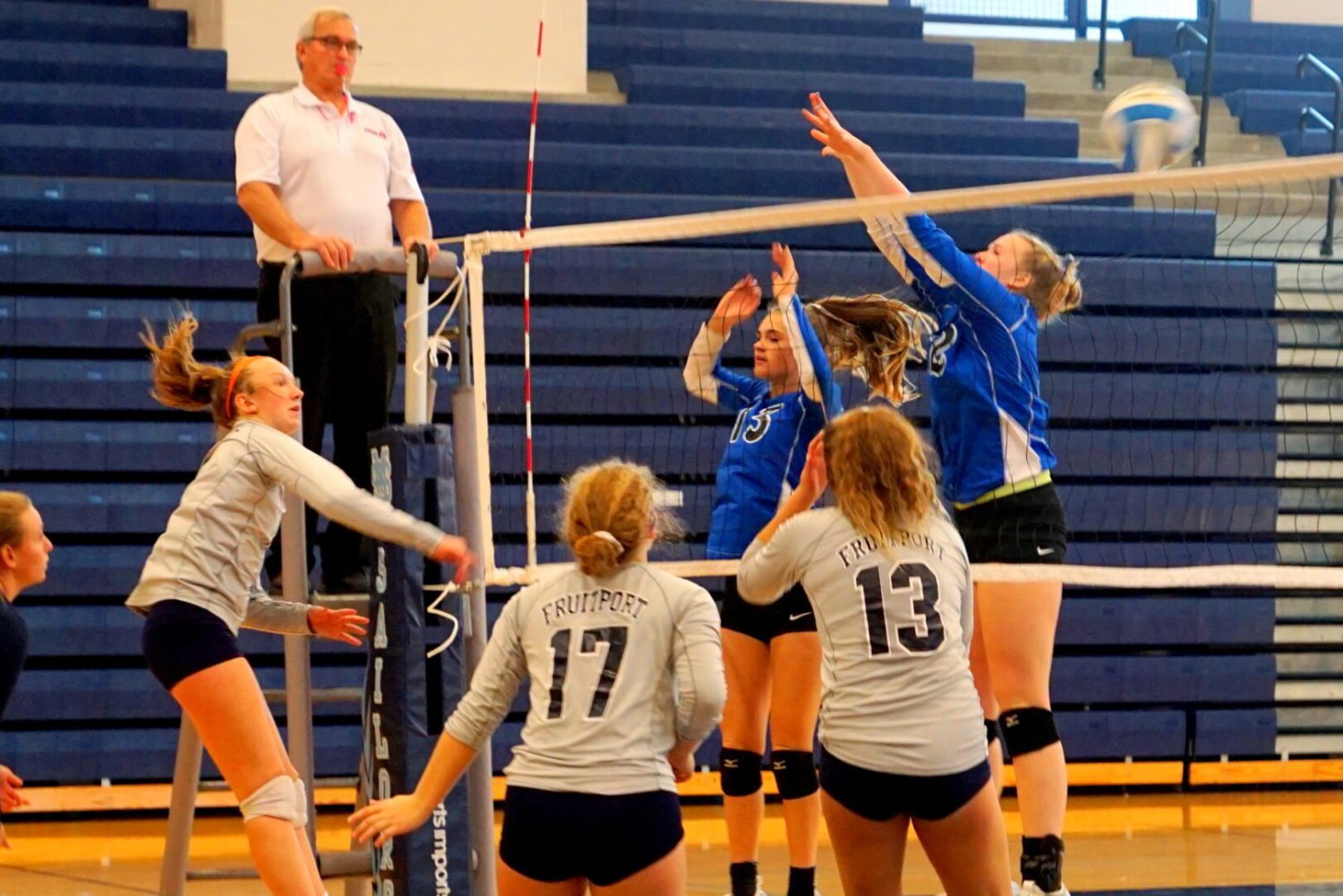 Shelby volleyball bounces back after slow start to defeat Pentwater