MUSKEGON – The Western Michigan Christian soccer team only needed a short offensive explosion to move closer to a conference crown on Thursday.

The host Warriors scored twice in a 1:08 span in the first half en route to a 4-0 victory over Orchard View in a key Lakes 8 Conference matchup.

Second ranked in the state in Division 4, WMC improves to 6-0-2 in the conference standings, and is only a win away from the conference championship. 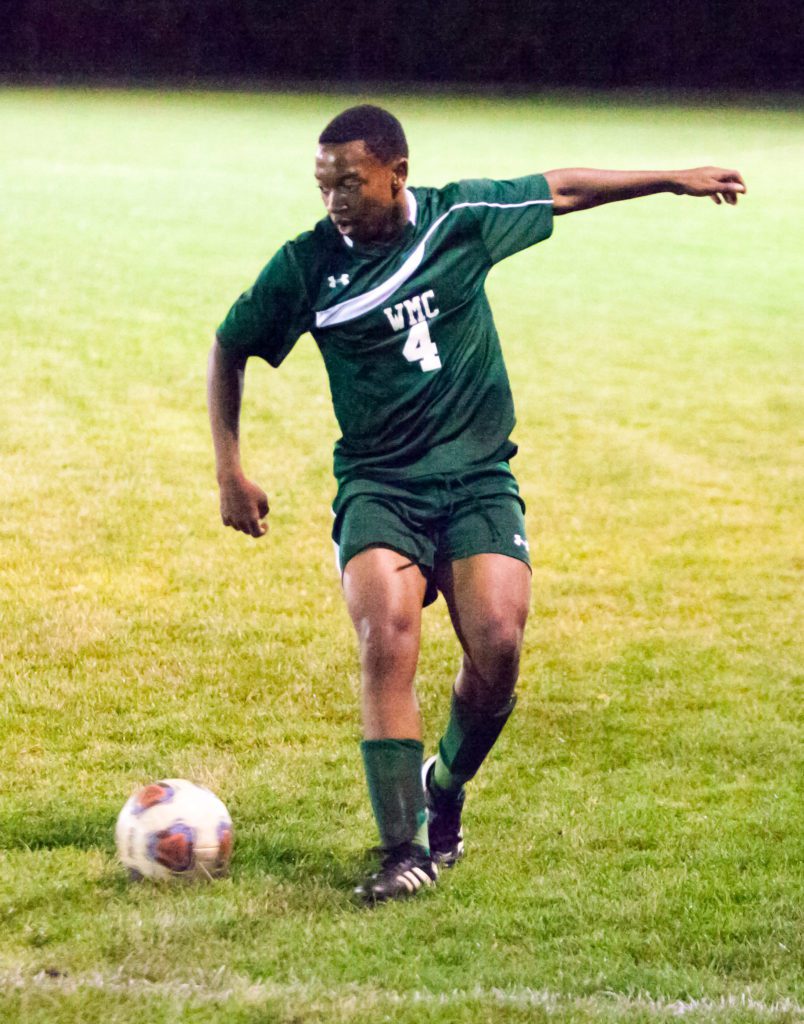 The Warriors’ final Lake’s 8 game is against Muskegon Catholic, a team they beat 6-0 earlier this season.

“Our guys worked hard on coming out and making a statement,” said WMC coach David Hulings, whose team is now 11-1-3 overall on the season. “(OV) didn’t really get anything going and when we got the couple goals, I think they lost their spirit.”

The Warriors took a 1-0 lead with 27:52 left in the opening half when Brandon Fles dribbled through the defense and fired on net. Orchard View goalie Dakota Palencar got in front of the ball, but couldn’t control it and it snuck past him.

Barco-Morales scored again with 6:22 left in the opening half and the Warriors had a commanding 3-0 lead at halftime.

“We had a bad two minutes and I don’t think our mental toughness was there,” Cardinals coach Kyle Skodack said. “We had a real emotional game last night (against Ludington) and it kind of sucked the life out of us.”

Michael TenCate finished off the scoring for WMC, getting around Palencar for an empty-net goal with 16:42 left in the game.

The Warriors outshot the Cardinals 8-3, with goalkeeper Jameson Goorman earning the shutout victory. 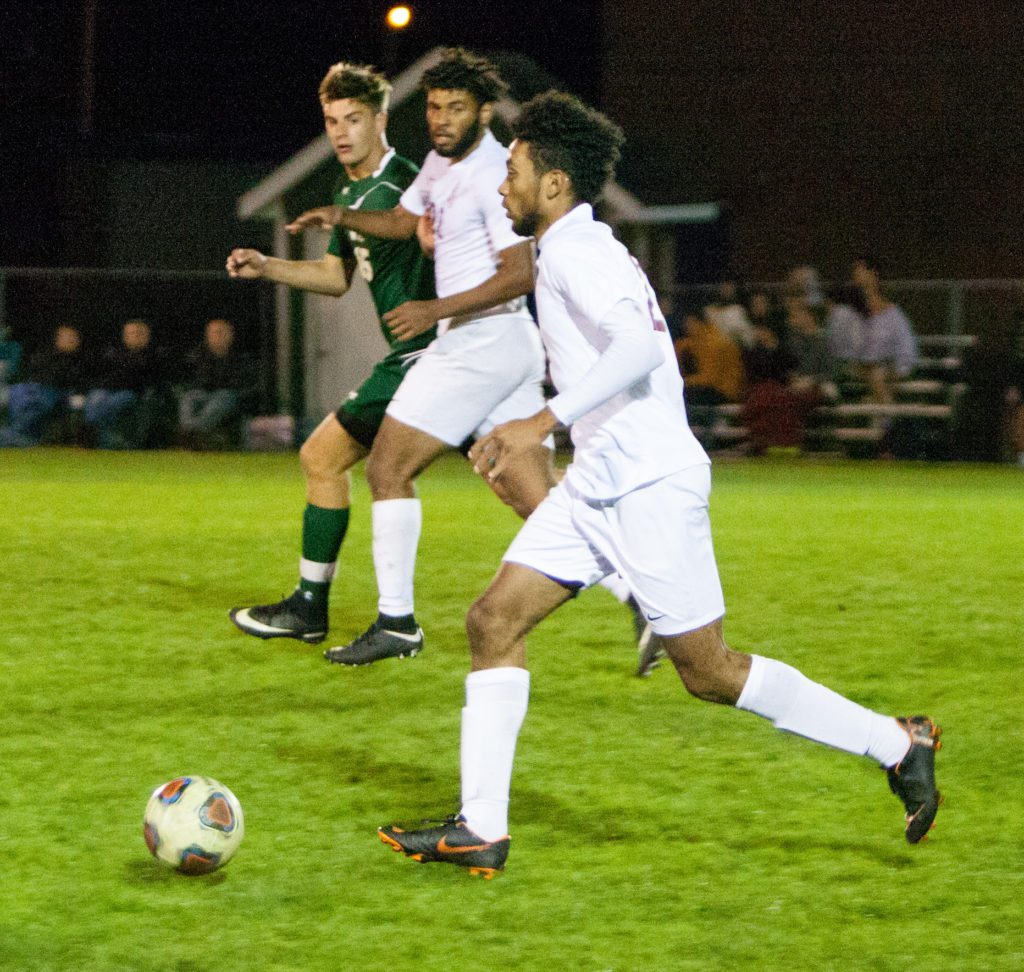 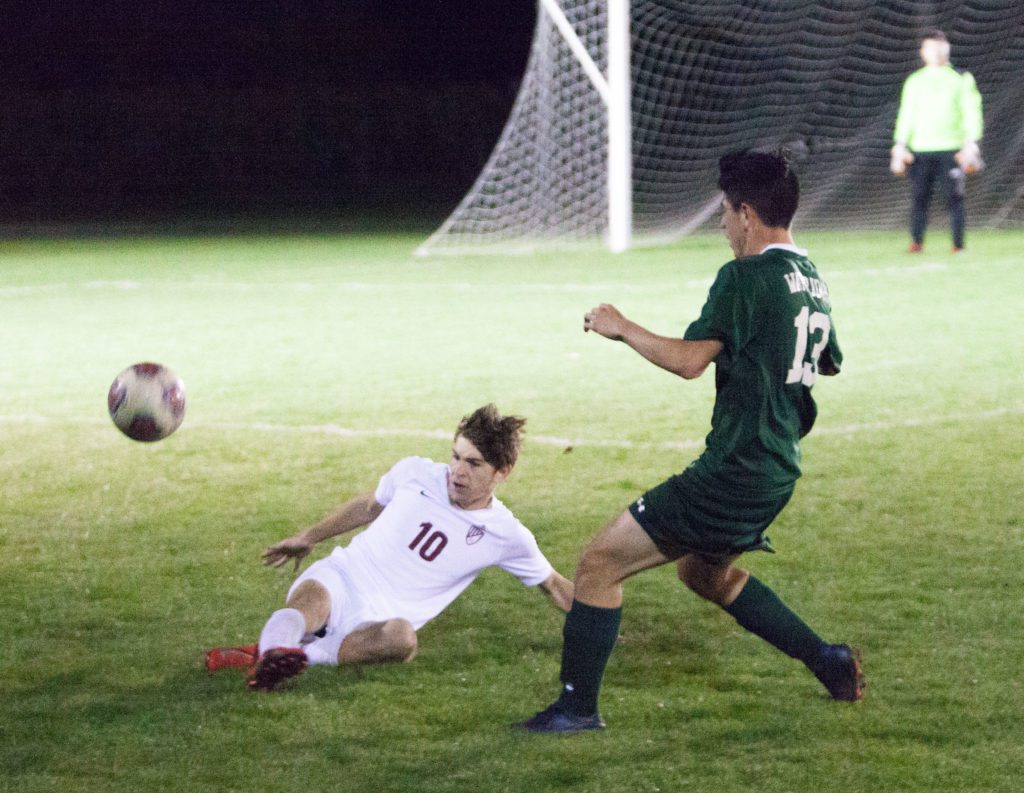 OV’s Logan Woods sends the ball out of bounds in front of Ben Sandoval.