The Spring Lake football team jumped out to a 28-0 halftime lead on Friday in a 42-0 victory over Grand Rapids West Catholic.

In the first quarter, Christian Folkert scored on touchdown runs of three and nine yards to give the Lakers a 14-0 lead after one quarter.

In the second, quarterback Zach Keyser scored on a two-yard run and Sam Sheridan punched in an eight-yard run, giving the Lakers the 28-0 halftime lead.

Keyser found Aiden Carlson for a five-yard touchdown pass in the third quarter to extend the Laker lead to 35-0.

The final score of the night came on a RJ Lisman one-yard touchdown, making the score 42-0.

Keyser finished 3-of-4 passing for 65 yards and one touchdown while Steve Ready led the Laker running backs with 123 yards on 13 carries.

Carlson totaled 50 yards on two receptions while Travis Throop had three sacks for the Laker defense. 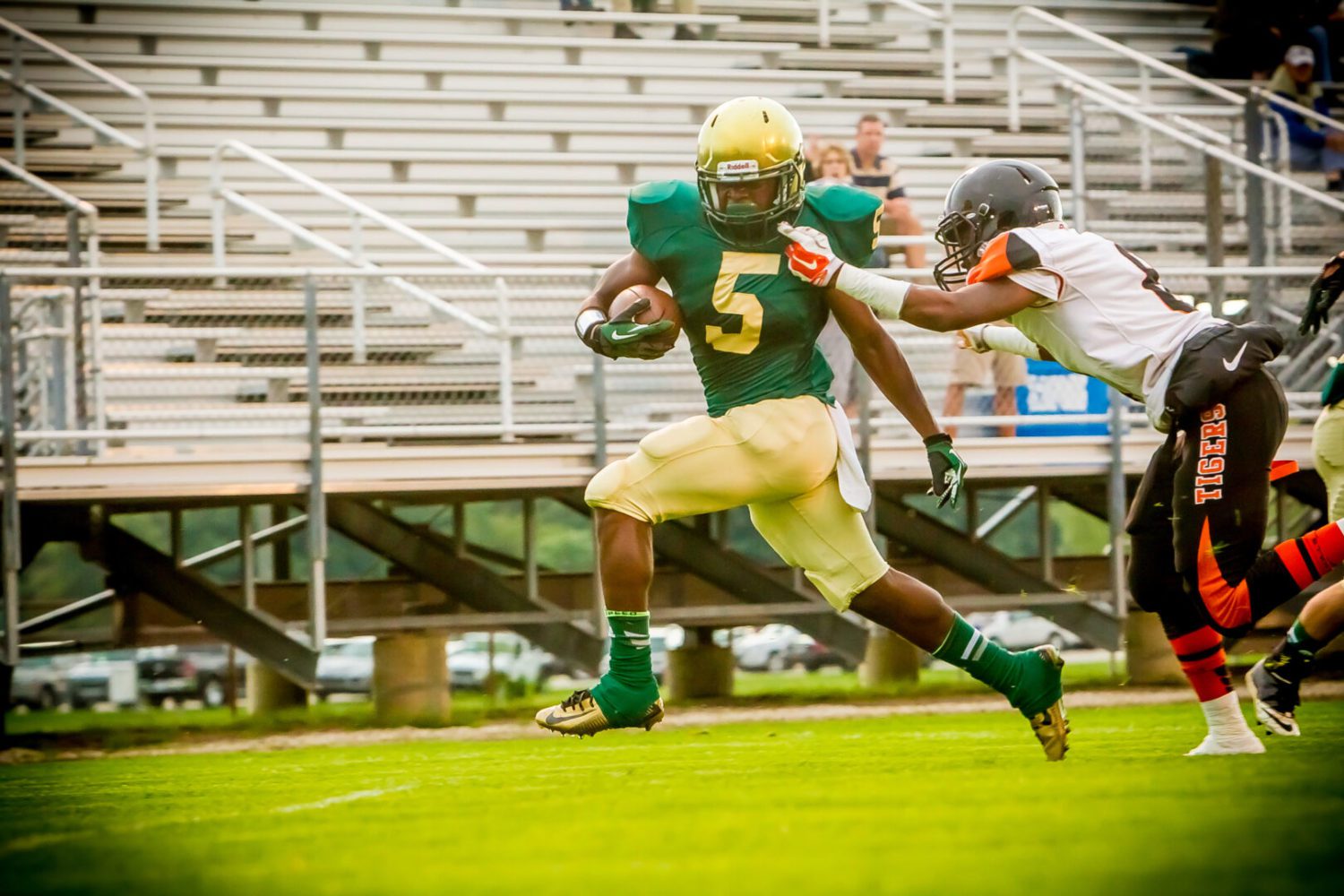 Muskegon Catholic cruises to a 70-28 win over Muskegon Heights