WHITEHALL – It isn’t every day that a team loses four starters to the college ranks and remains very competitive – particularly with only four seniors on the roster.

But after a slow start to the season, the traditionally strong Whitehall volleyball team is back over .500 at 15-14-2 after a hard-fought four-set victory over North Muskegon on Tuesday. 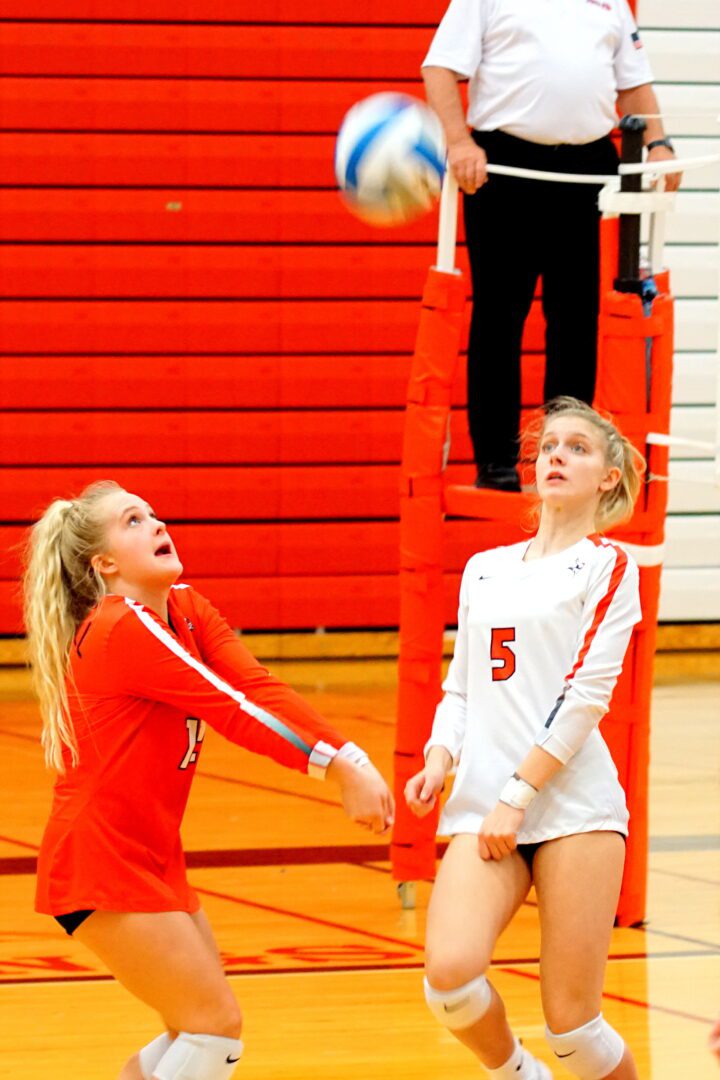 More importantly, the young Vikings remain tied with Montague for first place in the West Michigan Conference with a 6-0 record.

“I think it was just really new to them,” said Whitehall head coach Ted Edsall about his team’s sluggish start this year. “There’s a lot more responsibilities when they’re up on the varsity. Since they got that down things have really started clicking.”

The Norse started off hot in the first set, jumping out to an early 12-6 lead.  While the Vikings scratched and clawed to stay close, their deficit was never less than three, and the visitors took the first set 25-17.

“We came out really focused in the first set,” said North Muskegon head coach Heather Cluassen. “We knew this was a good Whitehall team, and we needed to minimize our unforced errors. We did that very well in the first.”

The Vikings found their groove in the second set, scoring nine of the opening 12 points and holding a 15-10 lead. North Muskegon wouldn’t back down, however, fighting back to take the lead 19-18.

Two key kills down the stretch, from Viking sophomore Rayne Thompson, helped Whitehall regain the lead and claim a 25-23 win. 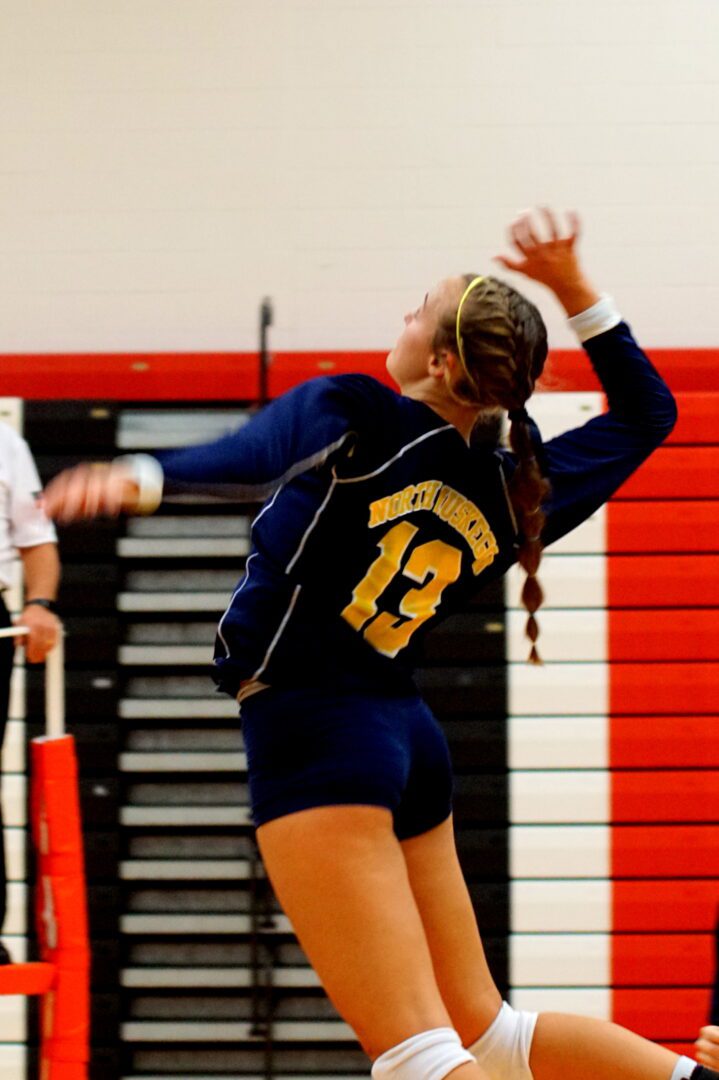 While Thompson is known for her work up front, Edsall says her play in the back line was the difference on Tuesday.

“We needed that from Rayne tonight,” the coach said. “She kept a lot of points alive, and when you can have someone give you that kind of impact on the front and back lines, that’s pretty special.”

The Vikings led 19-17 in the third set, then got five straight kills – two apiece from Charley Klimt and Rileigh Thommen – to brag the win and go up 2-1 in the match.

Thompson made her presence felt early in the fourth set, scoring the first four points on kills for the Vikings.

The Norse grabbed the lead just once at 21-20, but the Vikings prevailed 25-22, sealing up the match.

The win keeps the Vikings undefeated in conference play, and sets up a big West Michigan Conference showdown with Montague next week.

“That’s going to be a big one for us,” said Edsall. “It’s simple for us though. If our serving and passing is crisp and we keep playing defense like we have, I like our chances.”

Syann Fairfield paced the Norse with 22 kills with Chandler Falkowski chipping in nine. The Norse fell to 22-17-5 overall and 4-2 in conference play.