nearly beat them in a 28-23 game in Week 3, and that a playoff rematch could be a

That rematch finally came in a Division 3 regional final on Saturday, and the Big Reds silenced any doubters.

After a slow start offensively, the Big Reds dominated the second half and pounded East Grand Rapids 49-10 at Grand Haven High School.

“Our kids took that personal,” Muskegon head coach Shane Fairfield said of others talking up EGR. “Everyone kept nicking at them that they’re the best team (we’ve played). People kept reminding us that they could have beat us. Our kids made a statement today.” 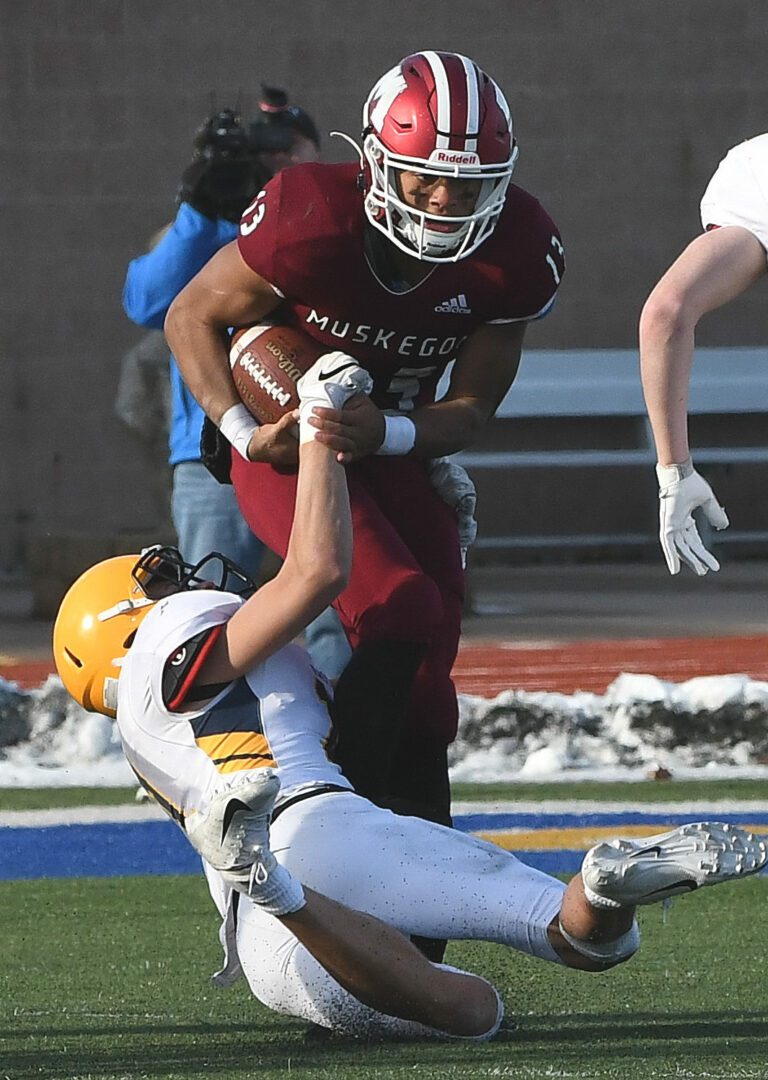 Muskegon has now won four consecutive regional titles for the first time in the history of the storied program.

The Big Reds now advance to the state semifinals against Dewitt next Saturday at 1 p.m. at East Kentwood High School. They will be looking to make the state finals for the fourth straight season. They won the Division 3 title in 2017, but lost to Detroit King in 2018.

“It’s a chip that’s been on our shoulder every single time we’ve played since last year,” senior quarterback Cameron Martinez said of losing the state finals last year. “I want to get back to that point, but I want to win it. We’ve taken that approach all year. We just want to get back there, go out with a bang and end it the right way.”

Martinez rushed for three TDs in the game and threw for another, while Tommy Watts ran in a pair of scores for the Big Reds.

But it was the defense that was the real star Saturday, literally suffocating the Pioneer attack. The only touchdown allowed by Muskegon came on a drive that began at its own 9-yard line after a punting miscue.

“There’s certain games that are going to come along where the defense has to win the game,” Fairfield said. “Our offense has been lights out. It was time for our defense to step up and let our offense know ‘Hey, we got this.’”

“They played great all game,” Martinez said of the defense. “I can always rely on them. I know they’re going to come to play every week. They’ve been doing that the whole season.”

The Big Reds got a scare on their first possession of the game when Martinez remained on the ground for an extended time after a hit. Luckily for Muskegon, it was a minor injury and the QB returned on the next drive to lead the team.

The Big Reds struck first on their second possession when Watts broke free for a 42-yard TD with 4:08 to play in the first quarter. 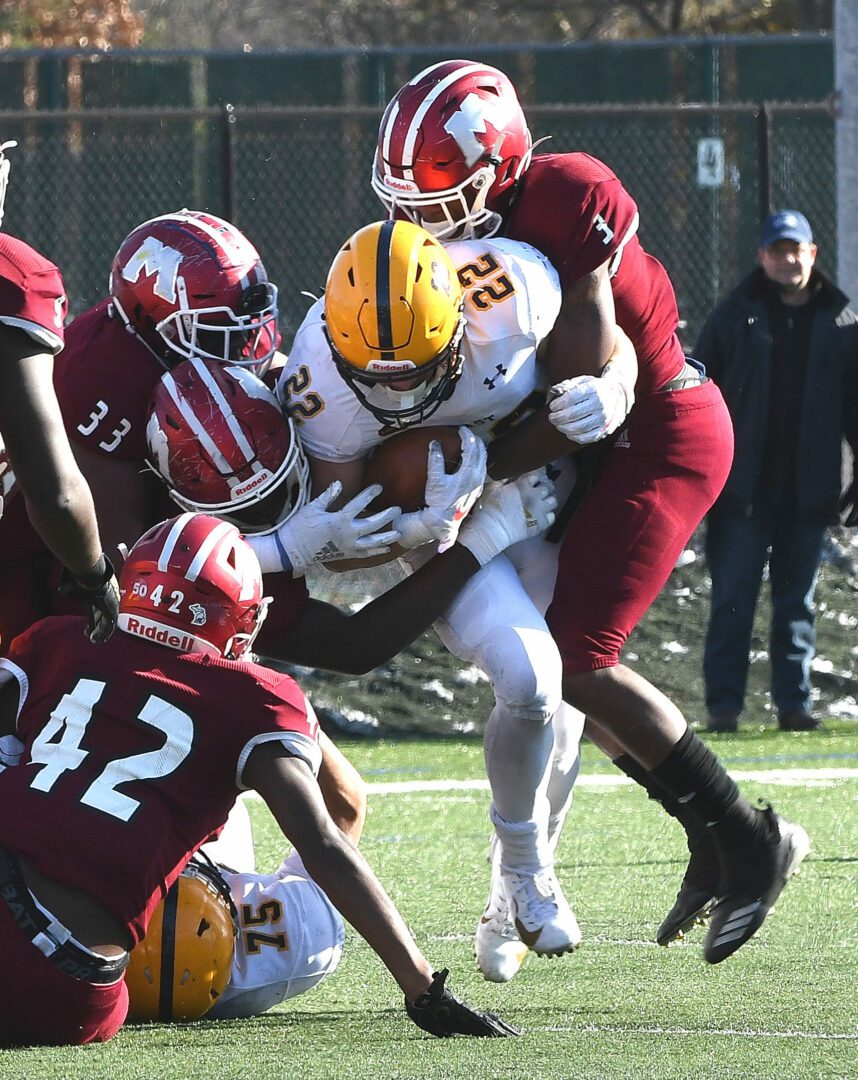 The defense forced a punt on the next Pioneer drive, but the kick was muffed and EGR took over at the Muskegon 17-yard line. The Big Red defenders were unfazed, forcing a turnover on downs to keep the score 7-0.

After a Muskegon turnover on downs early in the second quarter, Henry Wassink nailed a 30-yard field goal to put EGR on the board and make the score 7-3 with 9:44 to play in the first half.

After a Pioneer punt, Muskegon went three-and-out and lined up to punt from deep in its own territory. The punt ended up four yards behind the line of scrimmage after traveling a short distance and bouncing backward.

Two plays later, Jack Mundell ran in EGR’s only touchdown from six yards out to make it 14-10 with 4:40 left in the second quarter. Neither team scored the remainder of the half.

Then the Big Reds dominated the second half, outscoring EGR 35-0 and allowing just two first downs.

“I wanted to see some swag out of them,” Fairfield said of his halftime talk to the team. “Have the confidence and the swag that we’re going to come out and play Big Red football.”

The Big Reds added two more scores in the fourth. Martinez completed a 65-yard touchdown toss to Quenten Reynolds and Bryan Stinson ran in a 37-yard TD to close out the scoring.

Martinez led Muskegon with 101 yards passing, 136 yards rushing and four total touchdowns. Watts was the leading rusher with 174 yards. Reynolds caught two passes for 93 yards and had a fumble recovery on defense.

Tarran Walker led the defense with 11 tackles and a sack. Myles Walton had eight tackles and Jordan Porter had seven. Kolbe Lewis added an interception for the Big Reds. 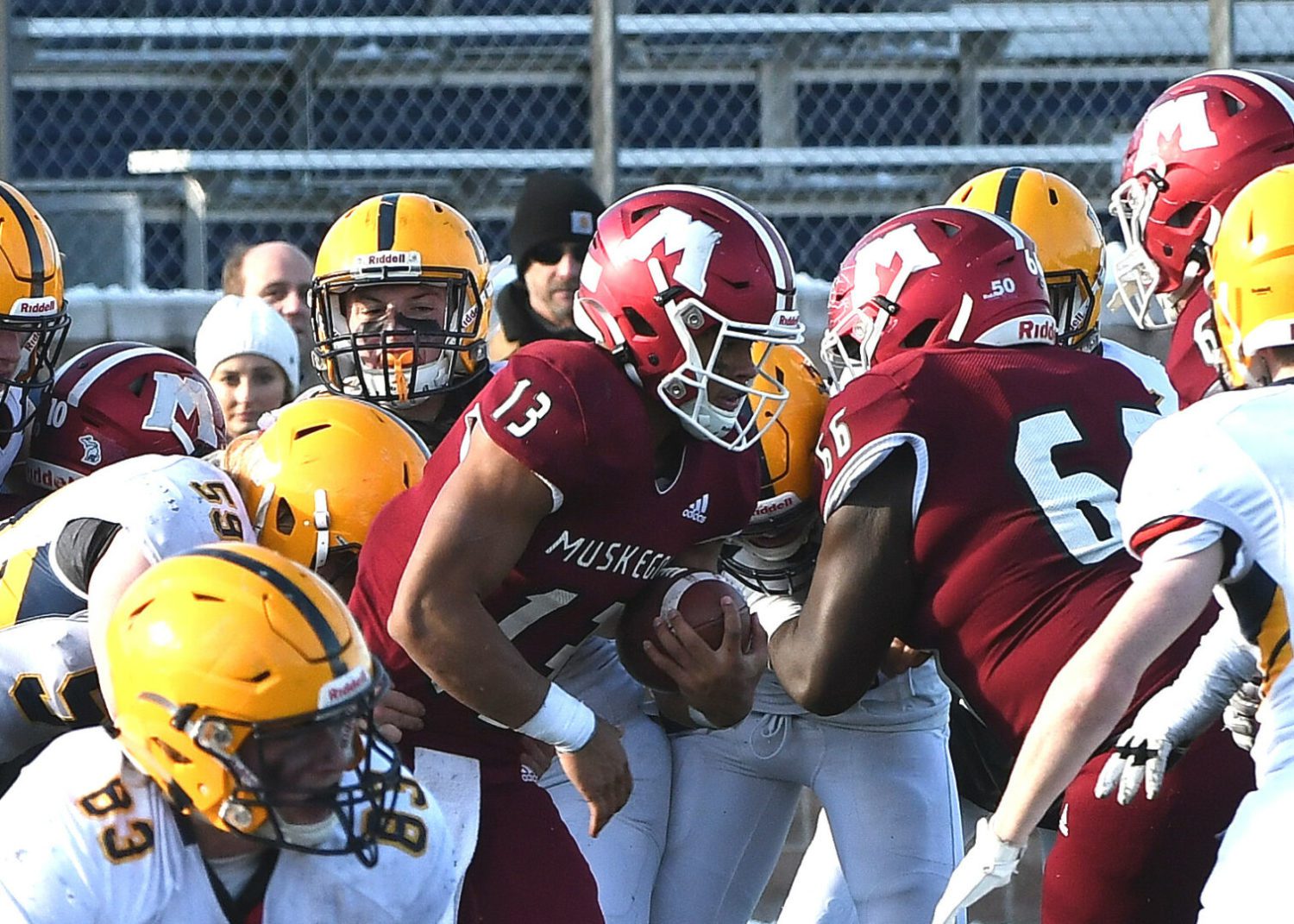 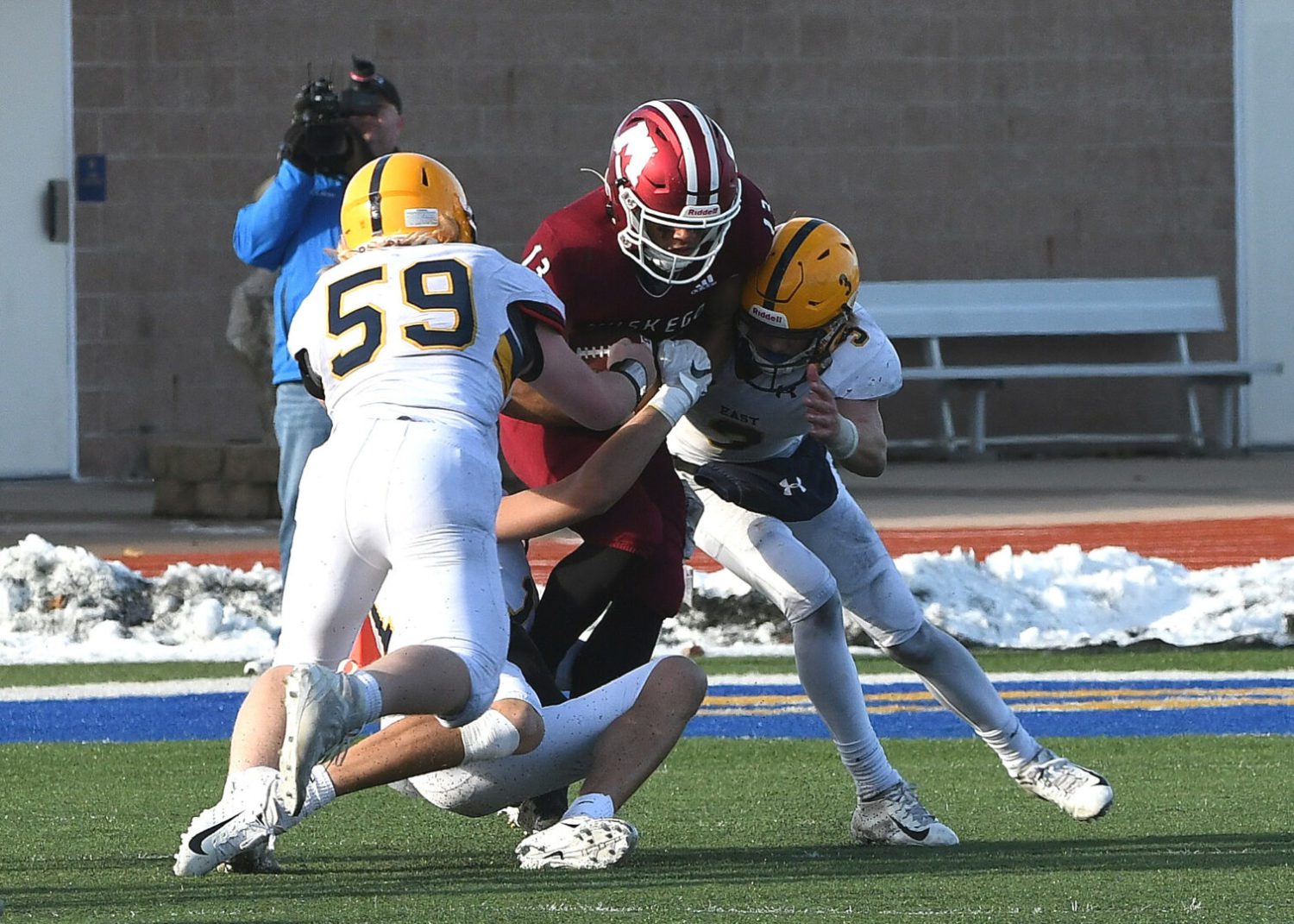 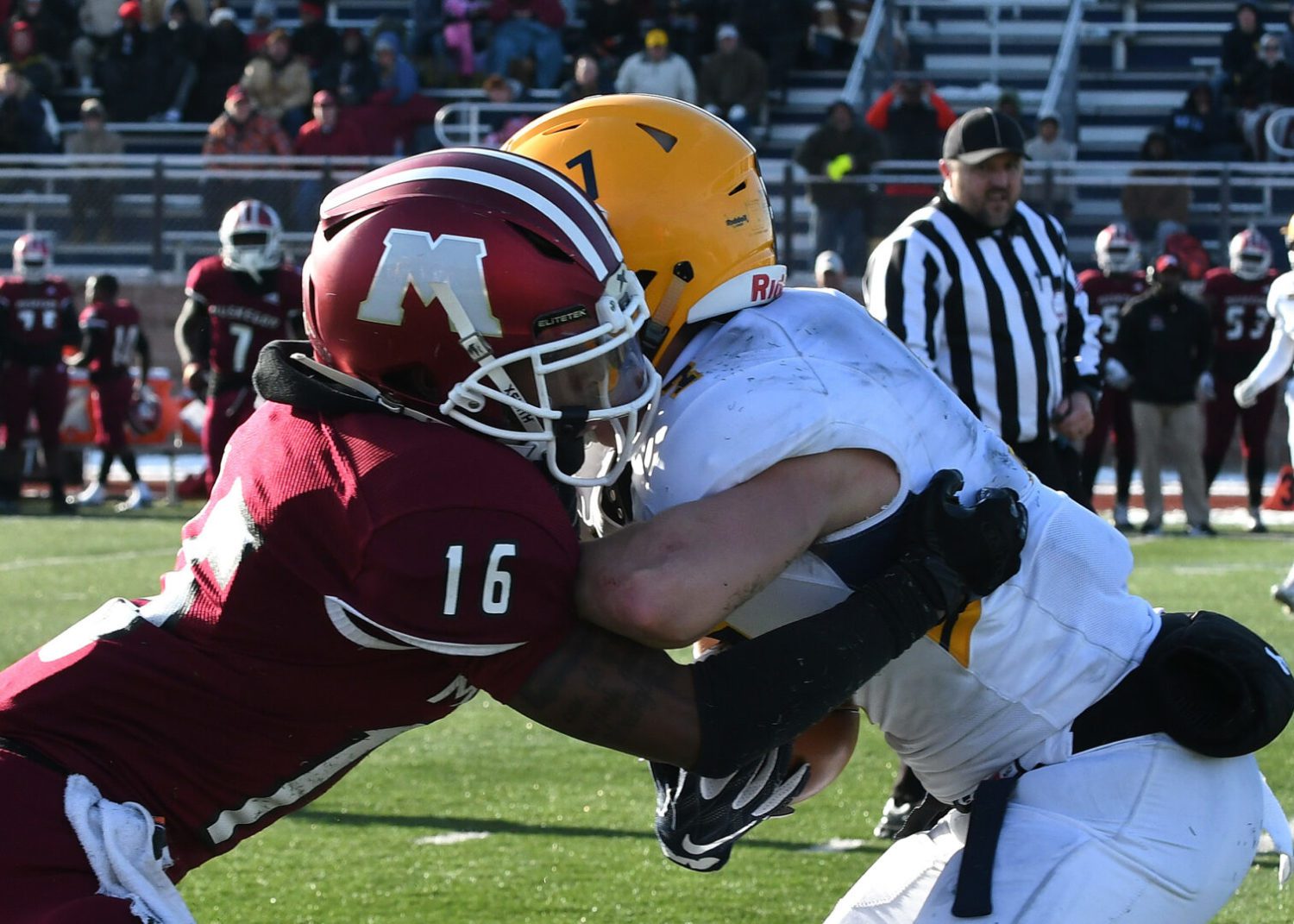 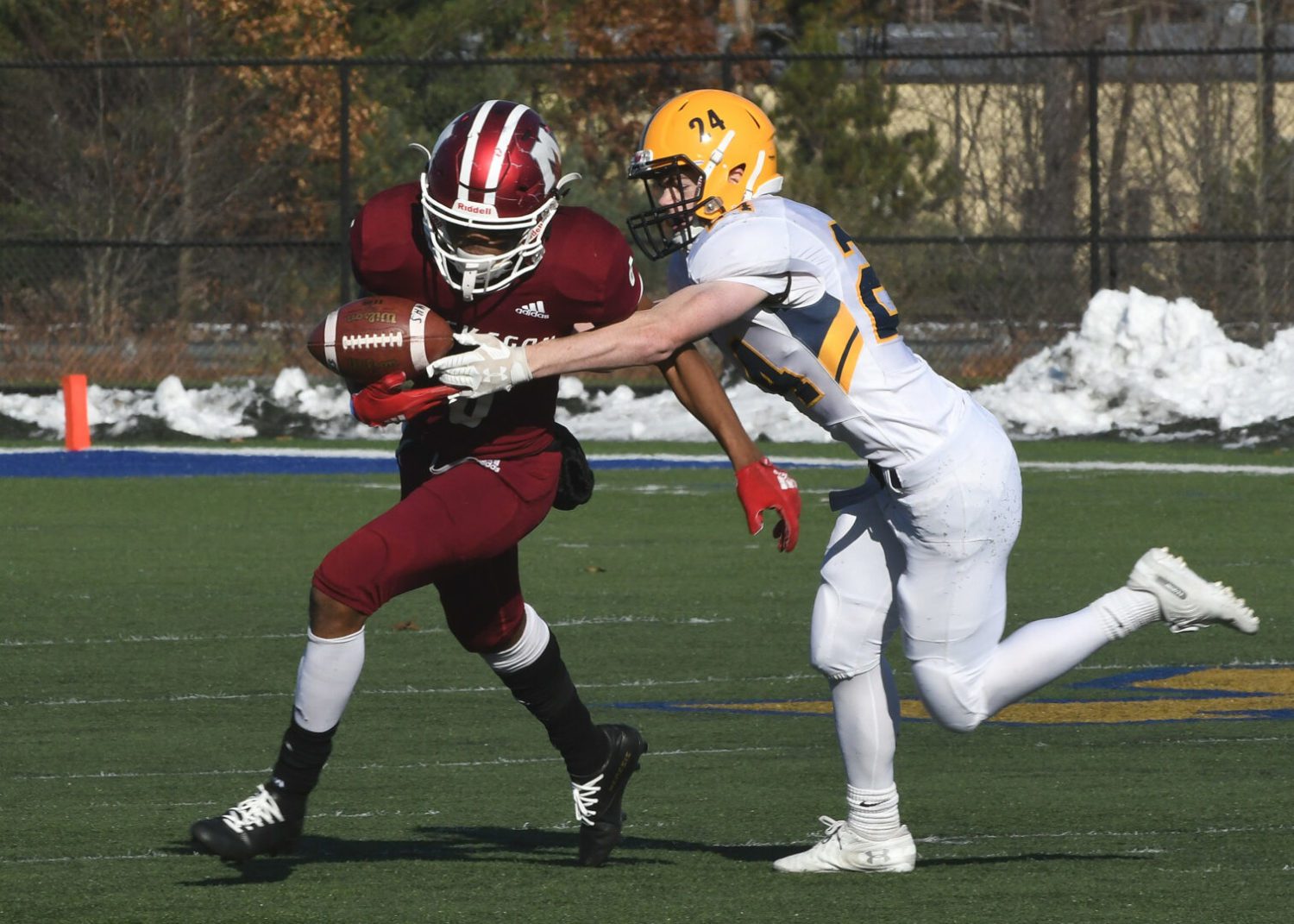 Tyreese Oakes gets hits in the backfield. Photo/Louis Murray 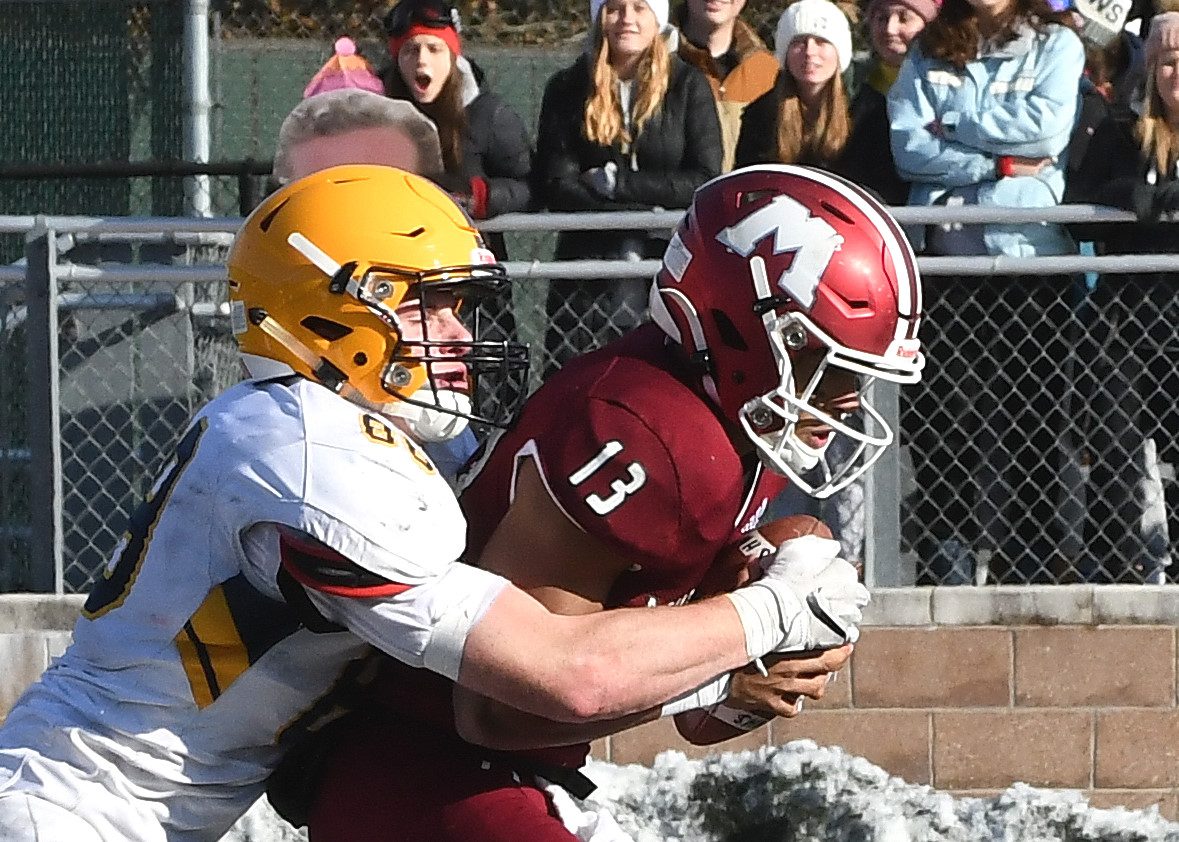 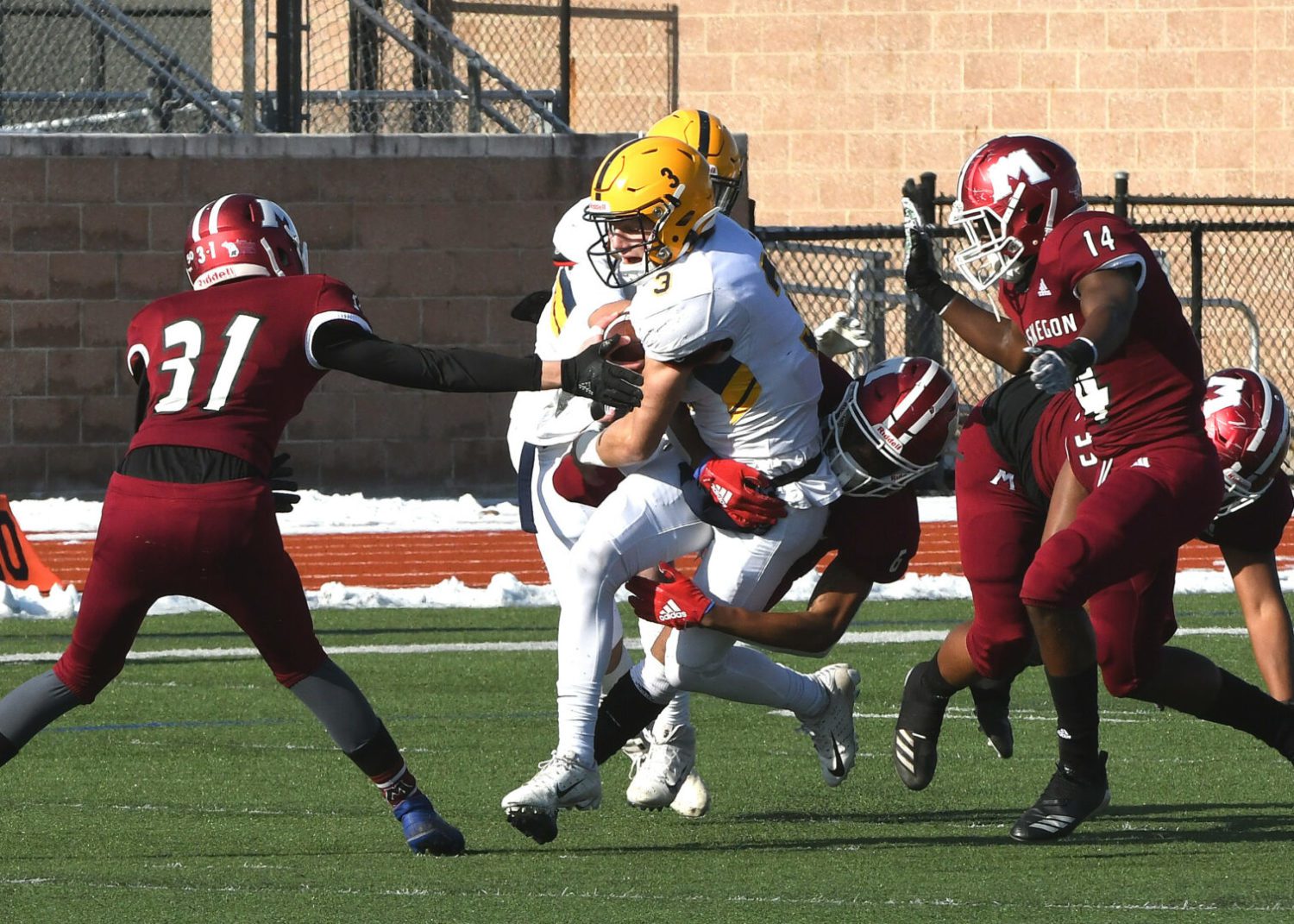 Muskegon’s No. 31 Jose Gutierez and No. 14 Pierre Johnson close in on the East Grand Rapids rush. Photo/Louis Murray 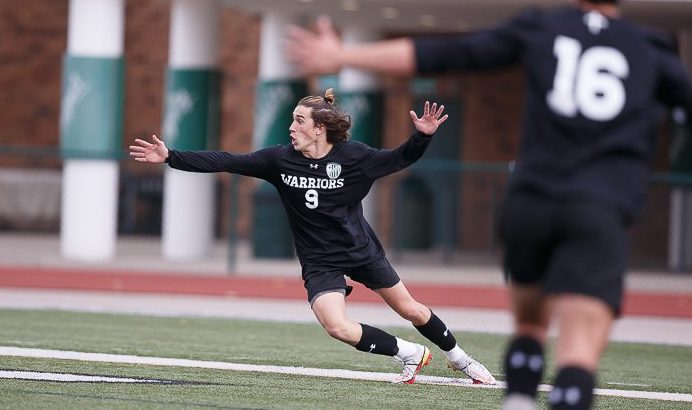