GRAND HAVEN – As a friendly reminder to Muskegon’s remaining opponents in the Division 3 playoffs, Cameron Martinez is really good at football.

The Big Reds’ senior quarterback put on a shows-stopping performance on Saturday, rushing for 293 yards and seven touchdowns – all in the first half – leading the Big Reds to a huge 69-7 victory over Marquette in a pre-district matchup at Grand Haven High School.

The Big Reds improve to 10-0 on the season and advance to next week’s district final against Cedar Springs. The date, time and location of the game will be announced later.

After stopping Marquette’s opening drive on fourth down on the Redmen 36, Muskegon needed only four plays before Martinez scored from three yards out, and the extra point put Muskegon up 7-0 just 3:18 into the game. 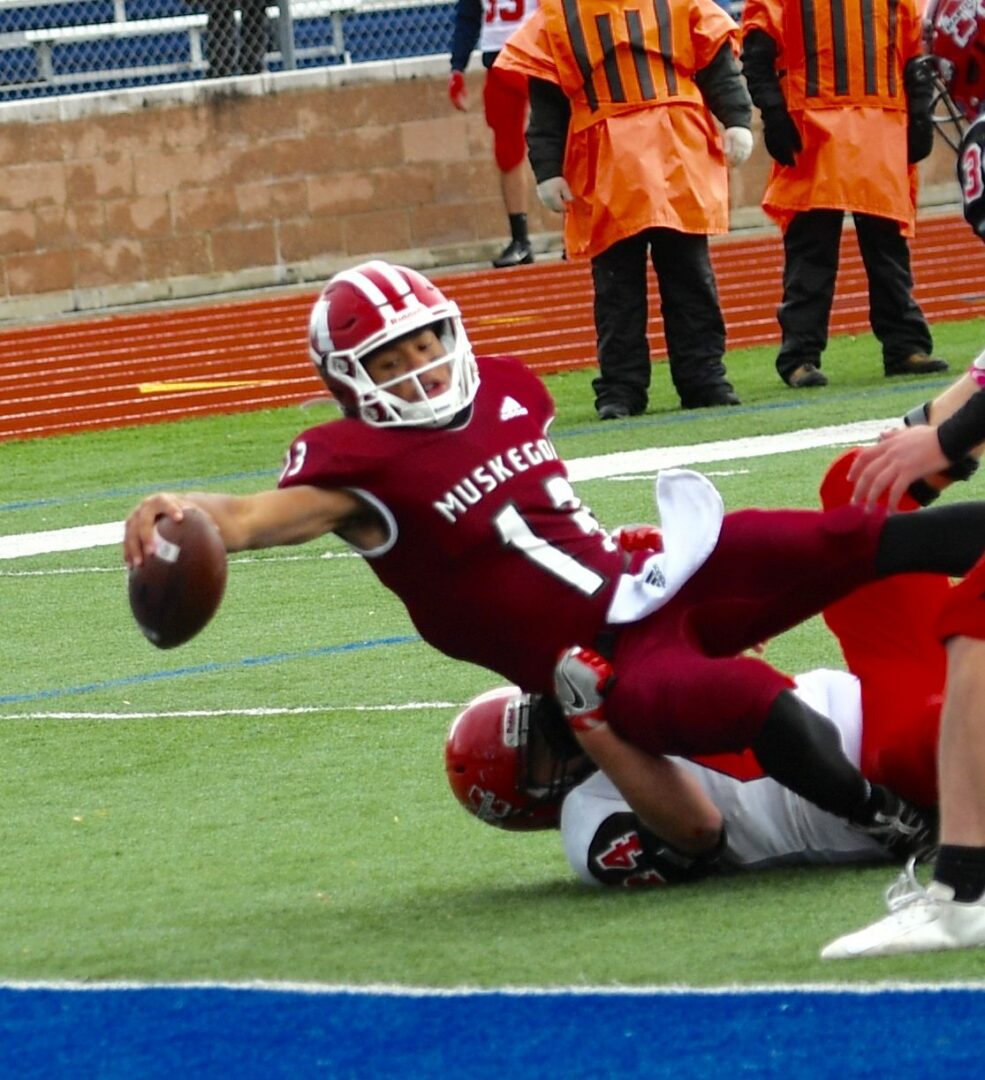 Cameron Martinez reaches across the goal line to score a TD for Muskegon. Photo/Craig Smith

Martinez added rushing touchdowns of eight and fours yards as the Big Reds took a 21-0 lead after one quarter – and he was just getting started.

“”You have a different mindset coming into the postseason,” Martinez said. “Be aggressive, because you don’t want to have any regrets at this time of year.”

The Redmen had seven rushes for 17 yards and four incomplete passes on their first three possessions, but found success on drive number four.

Marquette quarterback Robert Apple went 3-for-4 passing on the opening drive of the second quarter, and found Kameron Karp behind the Big Reds’ defense for a 53-yard TD pass to cut the lead to 21-7 with 10:53 left in the half.

“I definitely felt like we were flat at times,” Muskegon coach Shane Fairfield said. “When you have a team down, you want to step on their throat. It didn’t feel like we had that instinct like we had the last few games.” 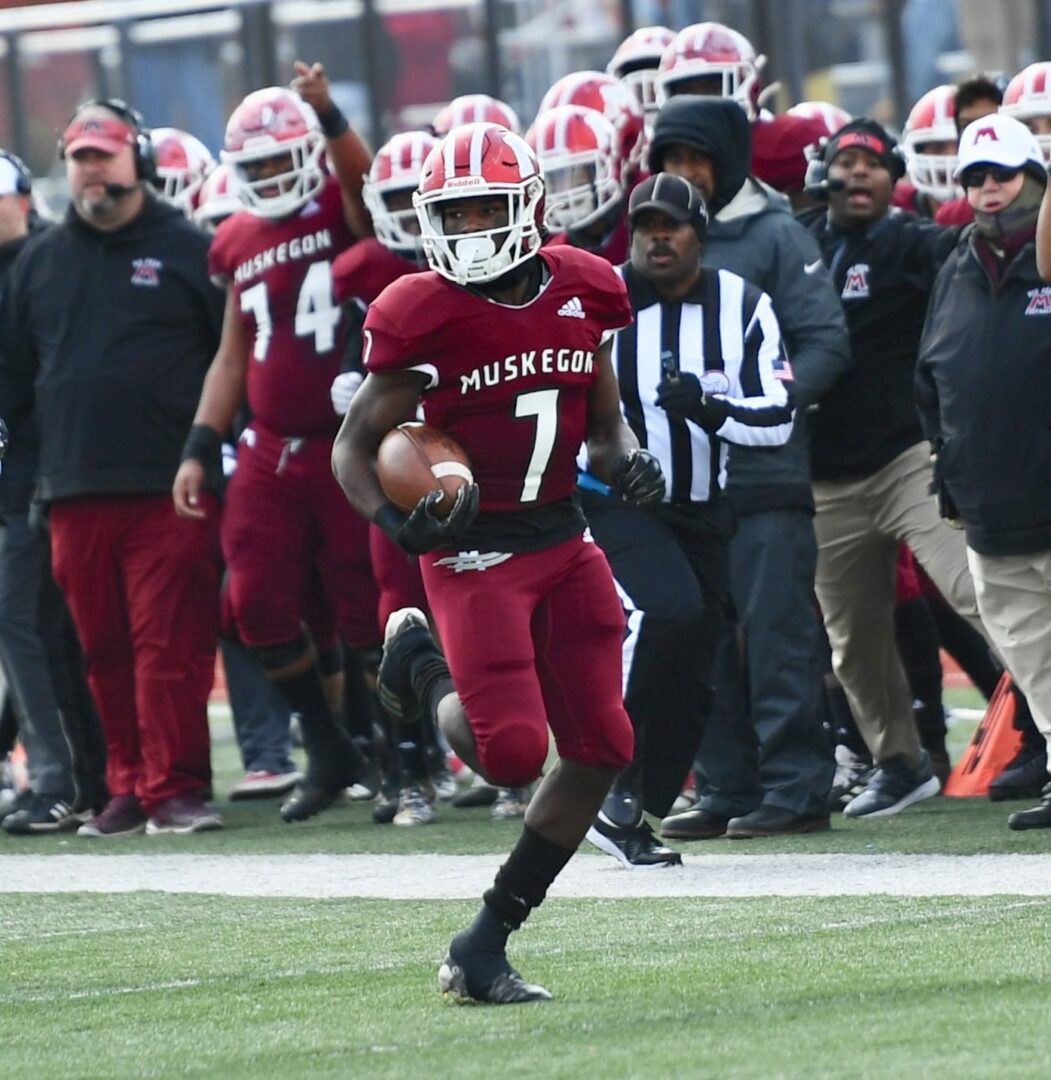 Kolbe Lewis’ interception on Marquette’s next play set Muskegon up with another short field. Martinez scored from 31 yards, and the Big Reds had a 35-7 lead with 7:06 left in the second quarter.

Martinez finished his day with TD runs of 87 and 10 yards, giving Muskegon a 48-7 halftime lead.

“Our offensive line has been dominating all year and makes it easy for us,” Martinez added. “We’re just focused on getting better and surviving and advancing.”

The senior QB’s only play of the second half was the first one, a handoff to Robert Gee Jr., who took it 71 yards for a touchdown and a 55-7 lead just 56 seconds into the third quarter.

Junior Amari Crowley took over for Martinez after that and added a four yard TD run to end the third quarter, and a 59-yard scoring burst with 5:51 left in the game.

Muskegon finished with 588 total yards of offense, including 555 rushing yards on 34 carries.

Tommy Watts had eight carries for 78 yards for the Big Reds, Japrie Henderson added 40 yards on four carries and Crowley carried the ball twice for 63 yards.

Lewis and Tre’von Cosse had interceptions for Muskegon and Julius Sims recovered a fumble as the defense held Marquette to 171 yards, including just 39 on the ground.