NORTON SHORES – Every high school has those familiar last names that keep popping up on sports rosters, year after year.

At Mona Shores, one of those names is Trovinger.

Senior Kolbe Trovinger, a slot receiver and middle linebacker for the Sailors, is following in the footsteps of his older brother Tyler Trovinger, who was the backup quarterback in 2014 when the Sailors qualified for the state finals for the first time ever, and the starting quarterback the next year when they won a conference championship and made the district finals.

The little brothers are having even more success than their older siblings. Last year they advanced to the Division 2 state championship game before losing to Warren DeLaSalle. This year the Sailors, 10-2, have returned to the state semifinals and will meet Walled Lake Western at Okemos High School on Saturday at 1 p.m., with a chance to make the finals for the second year in a row. 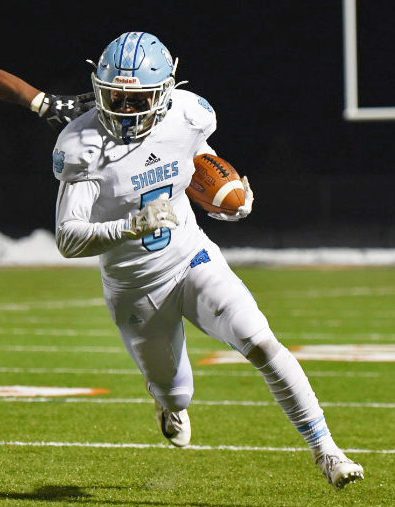 Kolbe Trovinger said he’s proud of what his older brother accomplished, and said Tyler’s success gave him something to shoot for.

“It means a lot to me,” Kolbe said. “Him being as good as he was told me that I’d need to work extra hard to be equal or better.”

The Mona Shores roster is loaded with offensive playmakers who gain a lot of yards, score a lot of points and command a lot of attention. That list of outstanding athletes includes Broersma, running back Tre Hatcher, wide receiver Keondre Pierce and slot receiver Brady Rose.

Trovinger’s contributions have sometimes been less noticeable with all of that talent around him. But his talents have certainly been on display over the past two weeks.

In the district finals against Midland Dow, Trovinger scored the game’s first touchdown and put the Sailors on top for good with an exciting 15-yard touchdown run. He took a jet sweep to the left end, turned upfield and dove to the pylon, barely staying in bounds.

Mona Shores went on to win 35-12, and Trovinger led the Sailors with 103 yards rushing.

Trovinger played an even bigger role last week in the Sailors’ thrilling come-from-behind victory at Portage Northern in the regional finals. 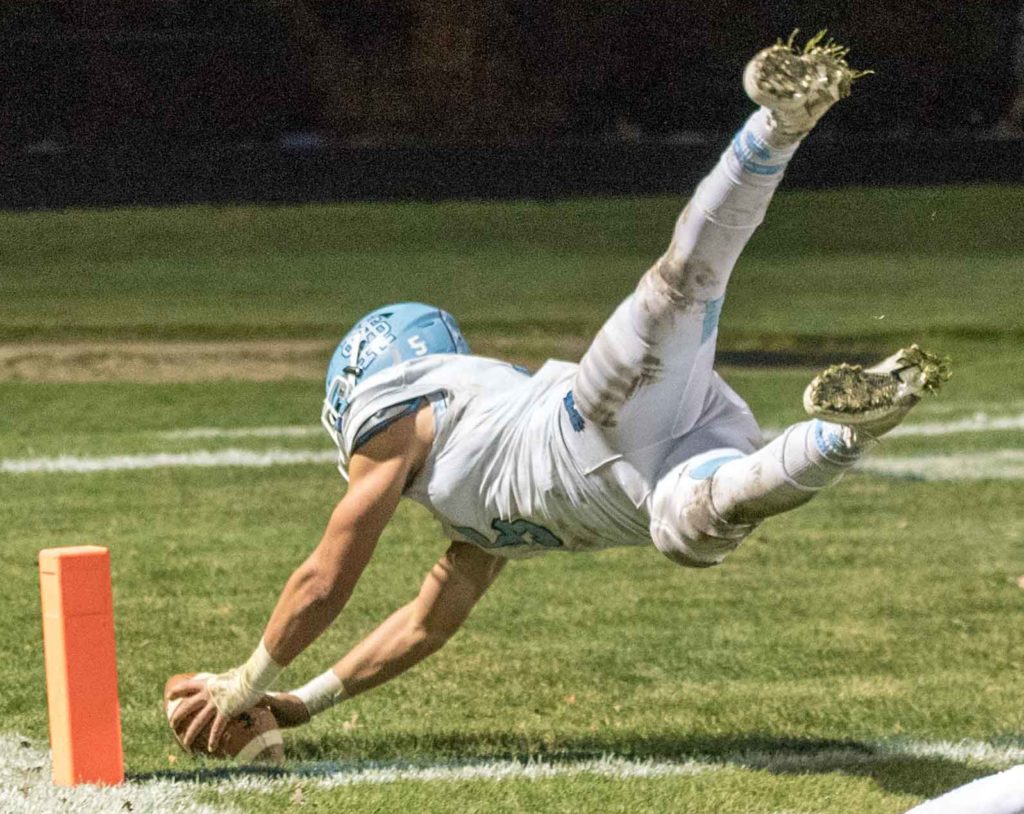 Trovinger dives into the end zone.

His highlight moment came in the third quarter when he took a pitchout from Broersma and raced up the sideline for a 64-yard touchdown, giving the Sailors the final points they needed in a 28-23 victory.

“During that run, I was just praying I wasn’t going to get caught,” he said. “I don’t think I’ve ever ran that fast. It may not have been that fast to others, but to me it sure was.”

Trovinger was also huge on the other side of the ball, contributing nine tackles and helping the Sailor defense keep Portage Northern off the scoreboard in the second half. That was crucial, because the Huskies scored touchdowns on their first three possessions of the game and led 20-7 at one point.

“The first half of the game I thought I played my worst all season,” Trovinger said. “At halftime I knew we had to pick it up, especially me since I’m a captain.” 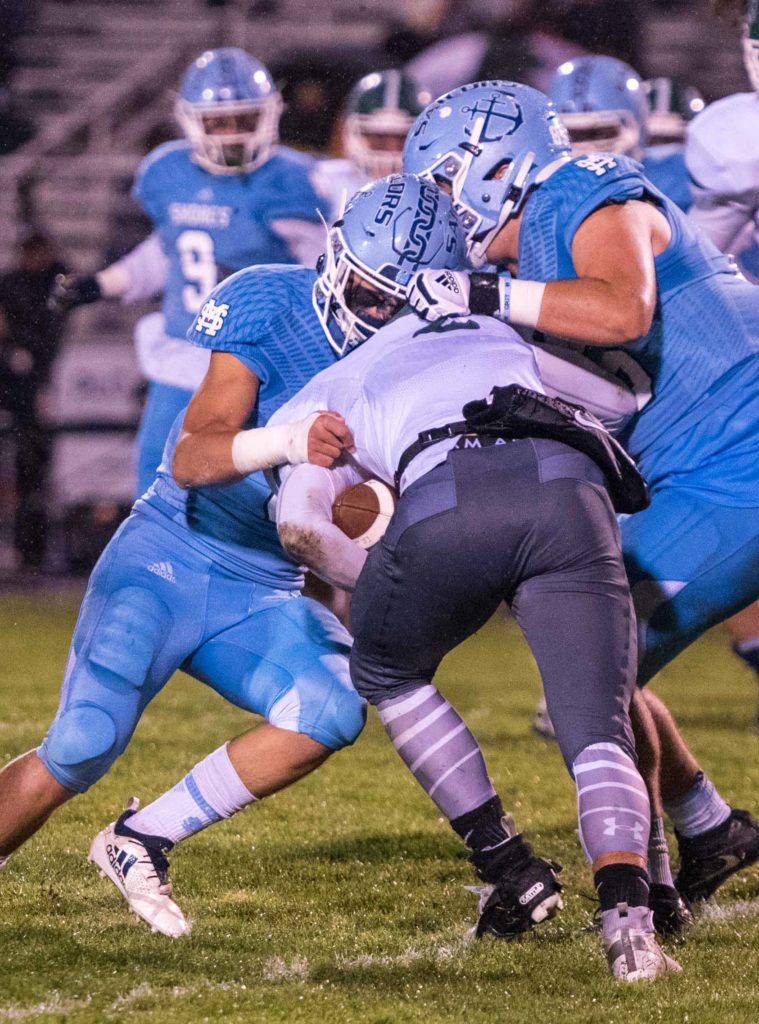 Trovinger (left) combines for a tackle with teammate Logan Hekkema.

Over the season Trovinger has rushed for 335 yards with five touchdowns and caught 13 passes for 209 yards. He leads the defense with 71 tackles and has two interceptions.

“He’s the type of kid that every coach wants on their team,” Koziak said. “He’s that player that just burns it all. He spends every ounce he can give and leaves nothing in the tank. He’ll play through pain. He’s the swiss army knife that every coach wishes he had.

“We’re asking him to catch the ball, run with it, and then stop heavy running backs. We ask so much of him and he’s always good with it.”

The Sailors will have their hands full on Saturday with Walled Lake Western, which is 11-1 on the season. The only blemish on the Warriors’ record is a close 38-35 loss to traditional state power Orchard Lake St. Mary’s in Week 4.

“We’re playing some really good athletes,” said Koziak about Walled Lake Western, which is averaging over 40 points per game this season. “They have a couple Division 1 college wide receivers and a junior quarterback who has a couple offers. They’ll be almost the exact opposite of what we saw versus Portage Northern, which was run-heavy. They love to throw it around and have the ability to do it.”

One person who will be watching Saturday’s game with a keen eye is Tyler Trovinger, who now studies and plays baseball at Oakland University.

“He wants me to get a ring,” Kolbe said about his older brother. “He’s just as much into it as I am. He’s texting and hyping me up after the games. He reminds me that I need to go out with a bang.”