MUSKEGON TWP. – While most area boys basketball teams tipped off their seasons on Tuesday night, the Grand Haven squad waited until a

Friday, and had to open against Reeths-Puffer, one of the best teams in the area. 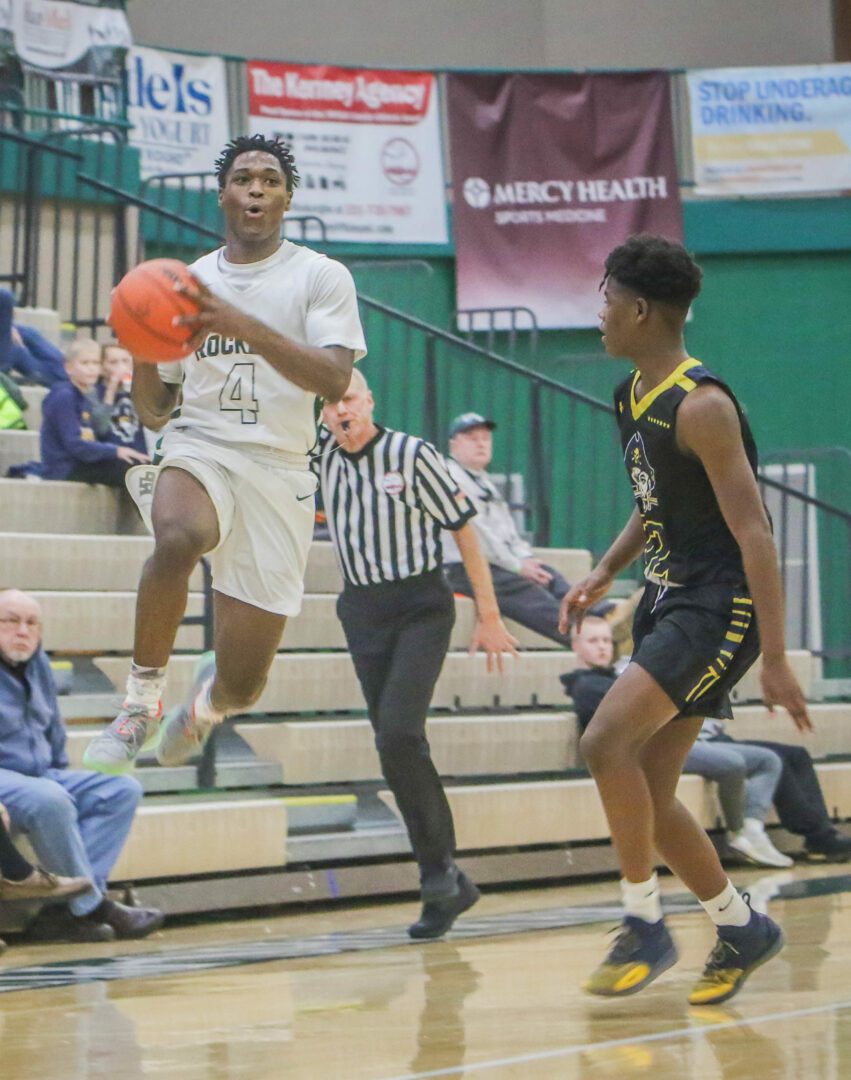 It turns out the Buccaneers were up to the challenge, pulling out a 65-61 win at Reeths-Puffer in an exciting game that had a late-season feel.

Grand Haven connected on its final 10 free throw attempts, including eight in the final 1:01 of the game, to nail down the win.

“Opening the season, you always wonder what things are going to look like when the lights come on,” said Grand Haven coach Greg Immink. “It was going to be tough for us to come in here and get a win, we had to earn it. We made our free throws, that’s kind of the name of the game down the stretch for winning basketball.”

Senior Owen Ross was 4-for-4 from the stripe in the final 10 seconds, capping off a 23-point, 12-rebound effort.

“He’s a player that’s very versatile, can do a lot of things,” Immink said of Ross. “Inside, outside, he can handle the ball. He showed a lot of those different areas tonight and played a great ball game.”

For the Rockets, who fell to 1-1 on the new season, it was a matter of missed free throws and turnovers. Reeths-Puffer was 17-for-35 at the charity stripe and had double-digit turnovers.

“We missed 18 free throws and lost by four points,” said Rockets coach Lance Johnson. “We played a poor second quarter. After that we battled back and played really well. We just didn’t make free throws. 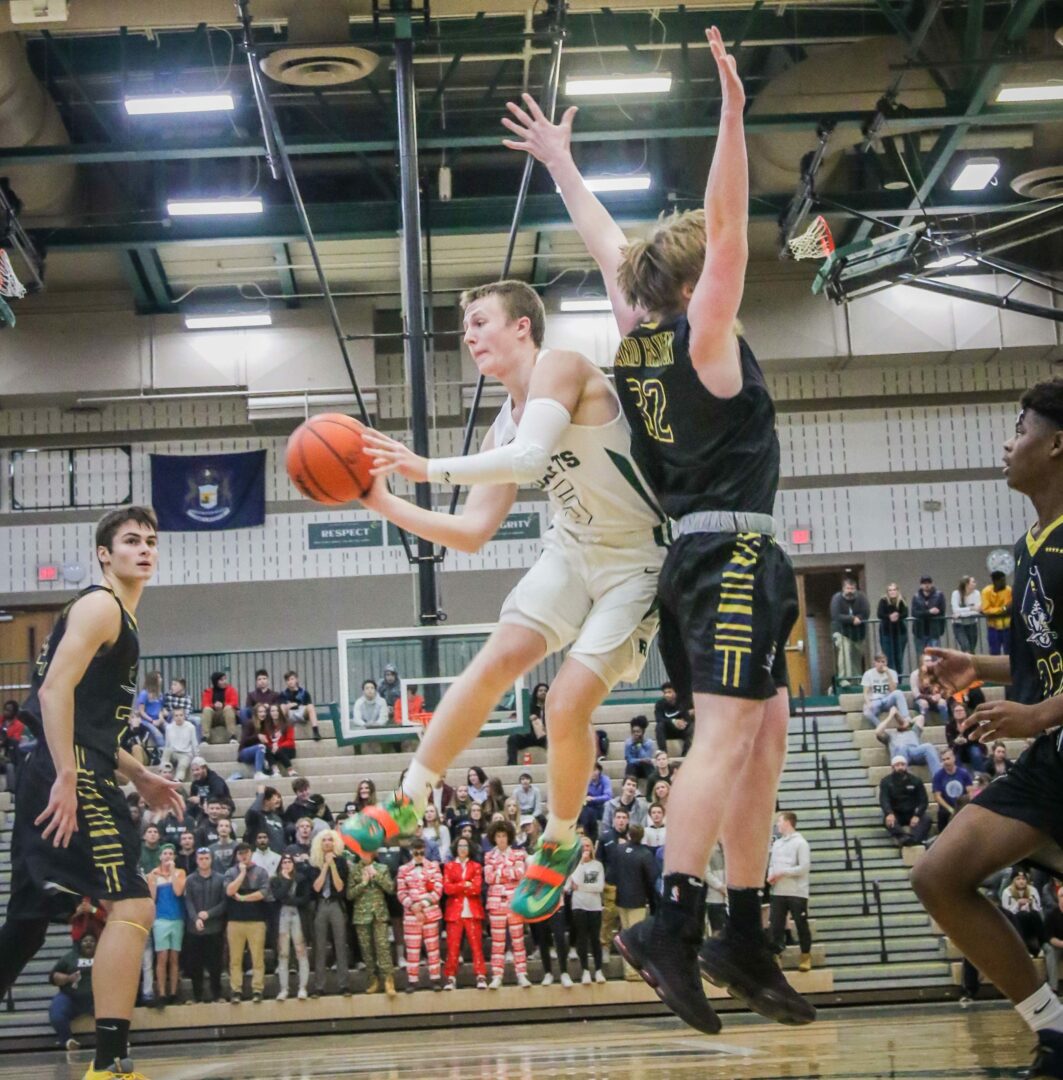 Kaleb Mitchelson tries to make a pass int he lane as Grand Haven’s No. 32 Landon Vanbeek jumps in the air on defense for Grand Haven. Photo/Joe Lane

“We would have loved to win that one, but I told them I was really proud of them in the second half and the way they battled. We never gave up and fought to the end. Just a good high school game.”

Grand Haven knocked down both foul shots and scored on the ensuing possession to take a 53-49 lead, and never trailed after that.

“I got a technical foul, my first one in 10 years as a coach,” Johnson said. “That was an unfortunate technical. That gave them the lead and we never recovered from that.”

Reeths-Puffer started out fast, jumping out to a 13-6 lead after four minutes. The Buccaneers responded, closing with a 7-2 run to pull within 15-13 after one quarter.

Grand Haven owned the second quarter, outscoring the Rockets 21-14 to take a 34-29 halftime lead. Ross led the surge with 13 points.

The teams played evenly in the third, with Reeths-Puffer having a slight 10-9 advantage and trailing by four points at the third buzzer, 43-39.

Both teams scored 22 points in the fourth quarter. Kaleb Mitchelson came alive for Reeths-Puffer, scoring 14 of his 19 points in the final eight minutes. Freshman Harrison Sorelle came up big down the stretch for Grand Haven, scoring all six of his points early in the fourth.

Mitchelson’s triple with 16.8 seconds left closed the gap to 61-59. Ross hit a pair of free throws for Grand Haven to extend the lead to 63-59. Mitchelson then was fouled on a three-point attempt and made two of three from the line, making it 63-61. Ross then made his two final free throws with 2.8 seconds left to seal the win.

Bashir Neely scored 11 points off the bench for Grand Haven, while Drew Sinke tossed in 10 and Landon Vanbeek scored eight. 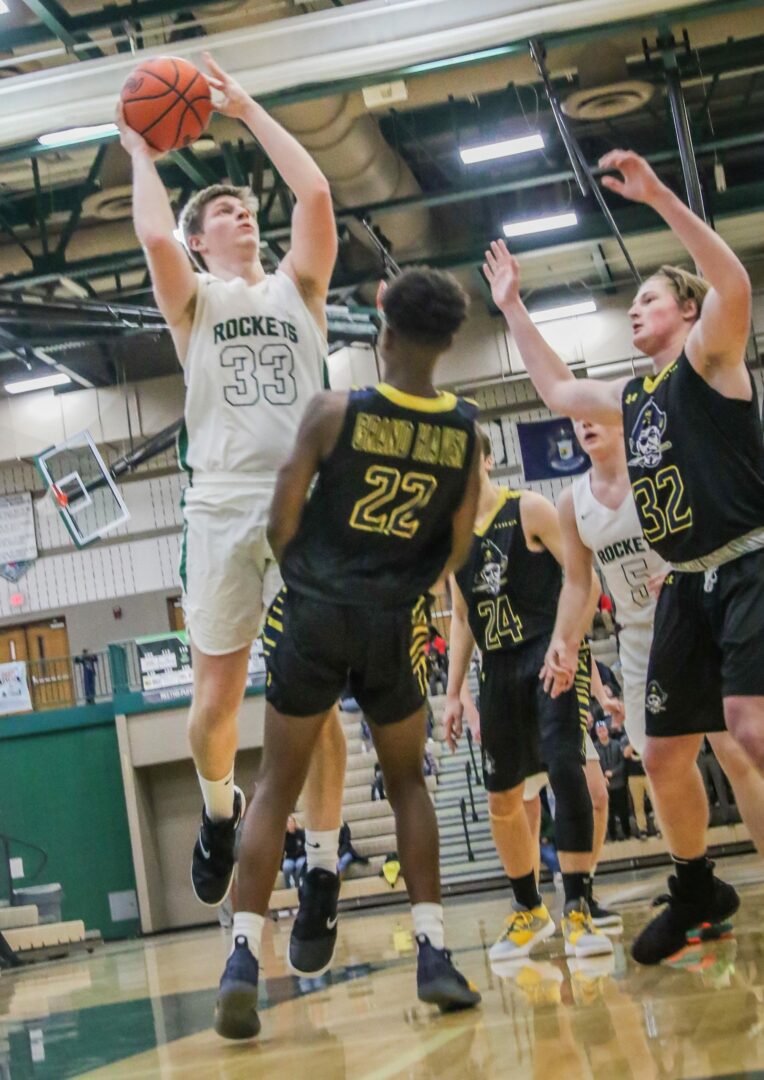 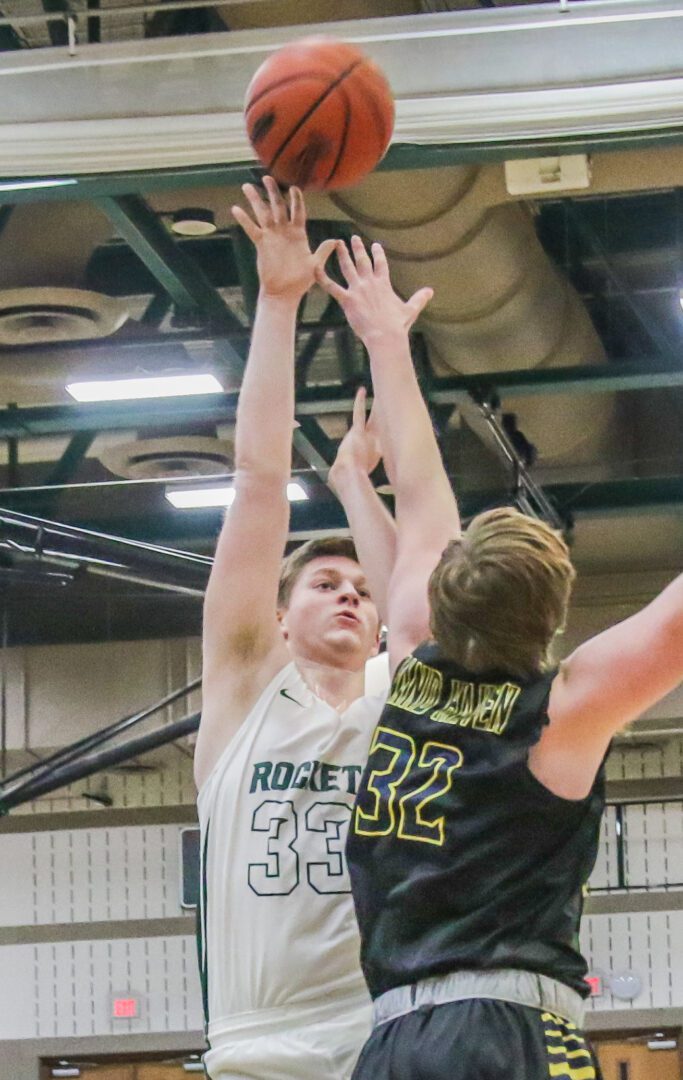 Reeths-Puffer shuts out Mona Shores in doubleheader opener; Sailors get even in the nightcap