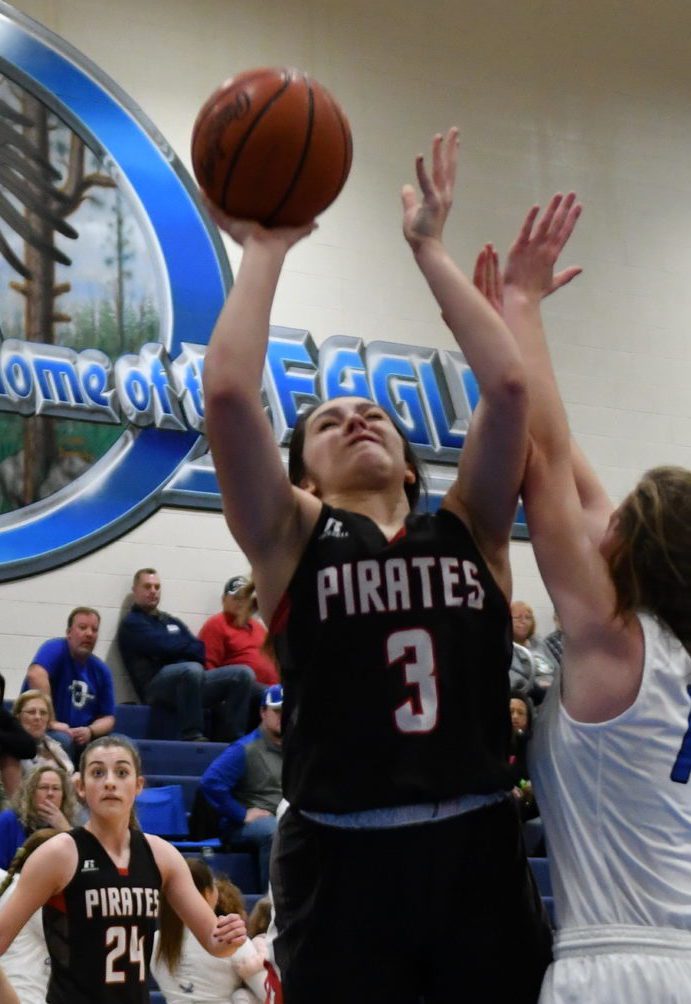 Harts Nicole Rockwell goes up for the shot in the post. Photo/Michael Banka

EGLESTON TWP. – With the graduation of standout Sophia Wiard, and two coaching changes in the last

Oakridge has won the conference title for eight straight years. But on Friday night, the Hart girls demonstrated that the Eagles are vulnerable, and they may be candidates to take their place, with a convincing 56-34 conference opening-victory at Oakridge.

It was Hart’s first win over Oakridge since 2004.

“It’s been a long time,” said Pirates head coach Travis Rosema. “It feels good to have that monkey off our back.”

Hart opened the game with a statement first quarter, taking a 16-2 lead behind six points from Nicole Rockwell and four from Rylee Noggle.

The game was more even in the second quarter, with Hart taking a 23-11 lead into halftime. Leah Lowry had six points for Oakridge while Kyla Stewart added four.

Hart sophomore Jayd Hovey took over in the third quarter, getting to the hoop and scoring eight points almost exclusively on layups. She helped the Pirates open up a 37-21 lead going into the fourth.

“We had a good locker room talk,” said Hovey about her third-quarter outburst. “We came out a lot better and really played strong. A big thing was letting the game come to me. I let it come to me a little more, and trusted my teammates, too.”

Hart outscored Oakridge 19-13 in the fourth quarter. Noggle had five points for Hart down the stretch while Emma Fri paced Oakridge with five.

Hovey finished with 15 points for the Pirates while Rockwell totaled 12. Steward led Oakridge with 12 points. 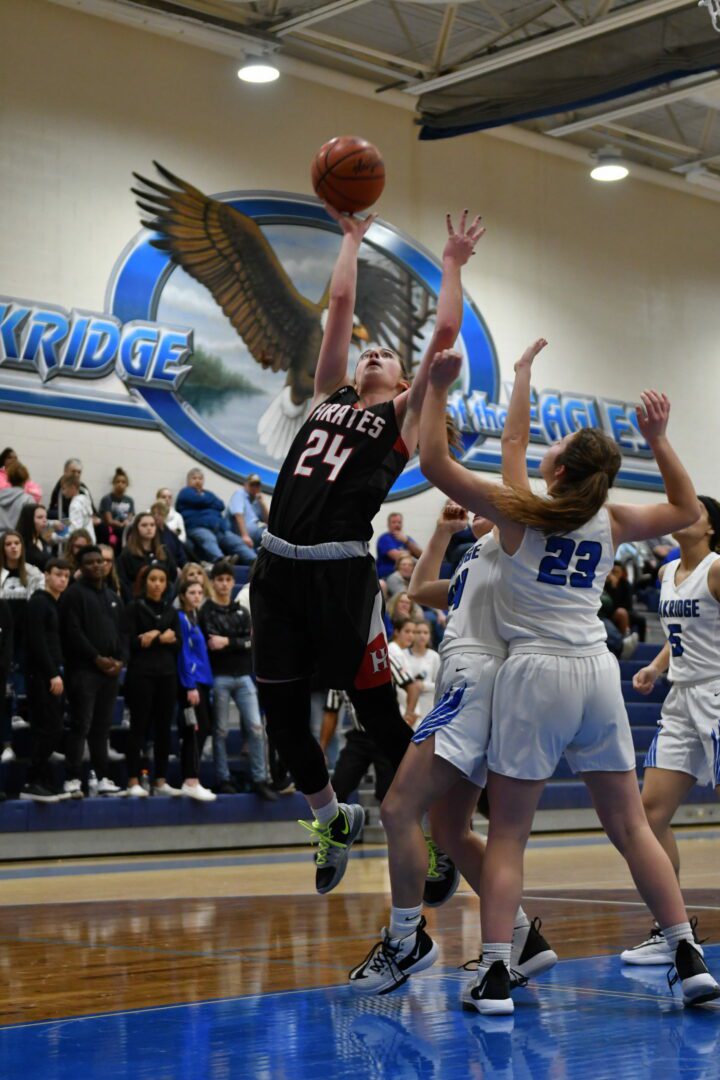 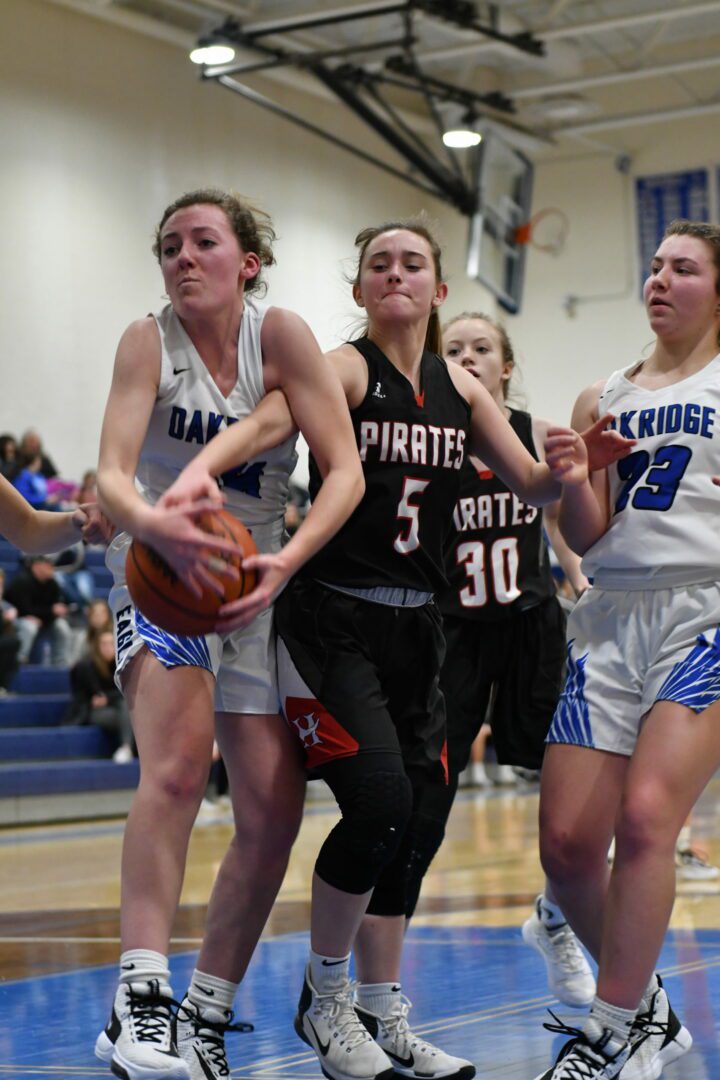 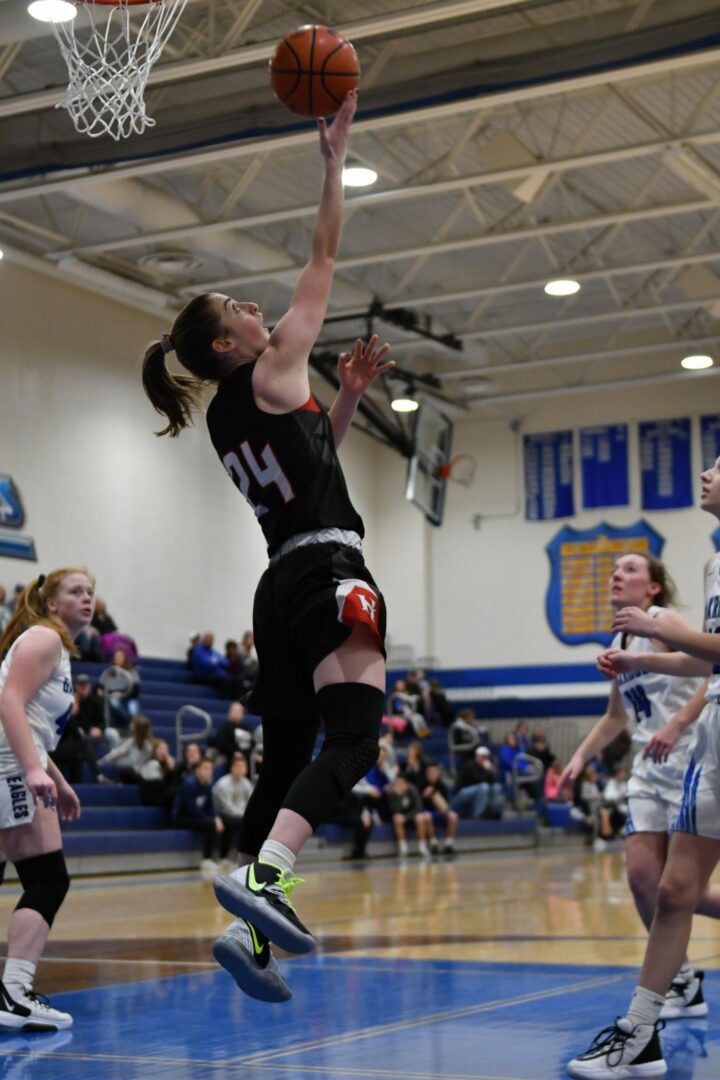 Jayd Hovey goes up for a Hart layup. Photo/Michael Banka 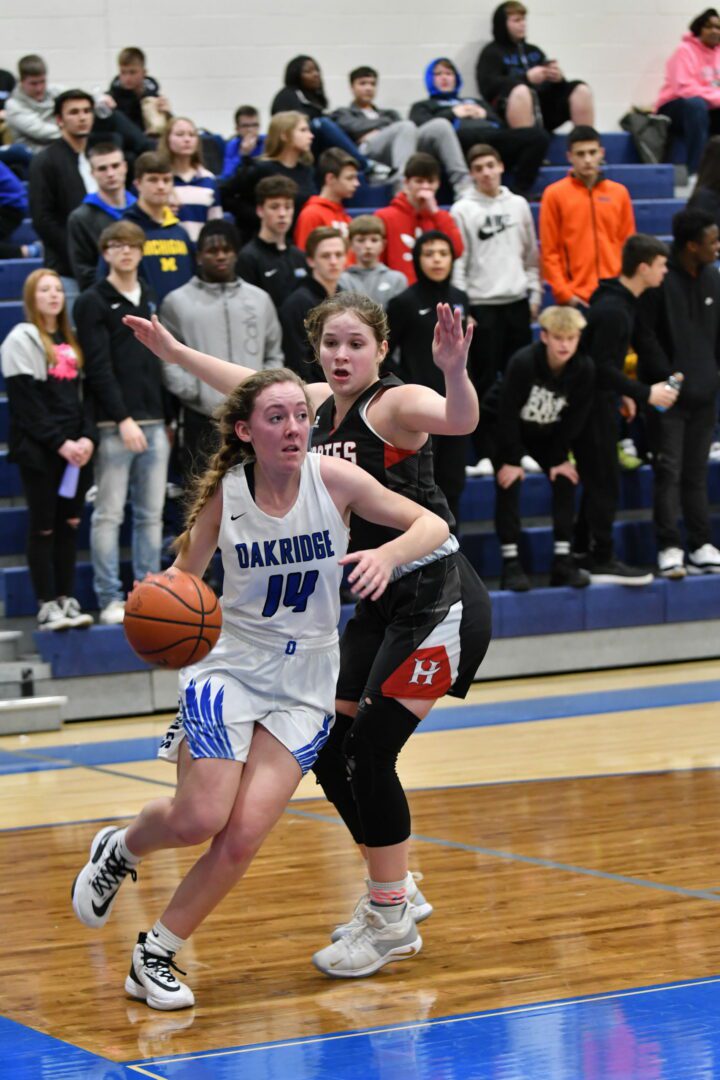 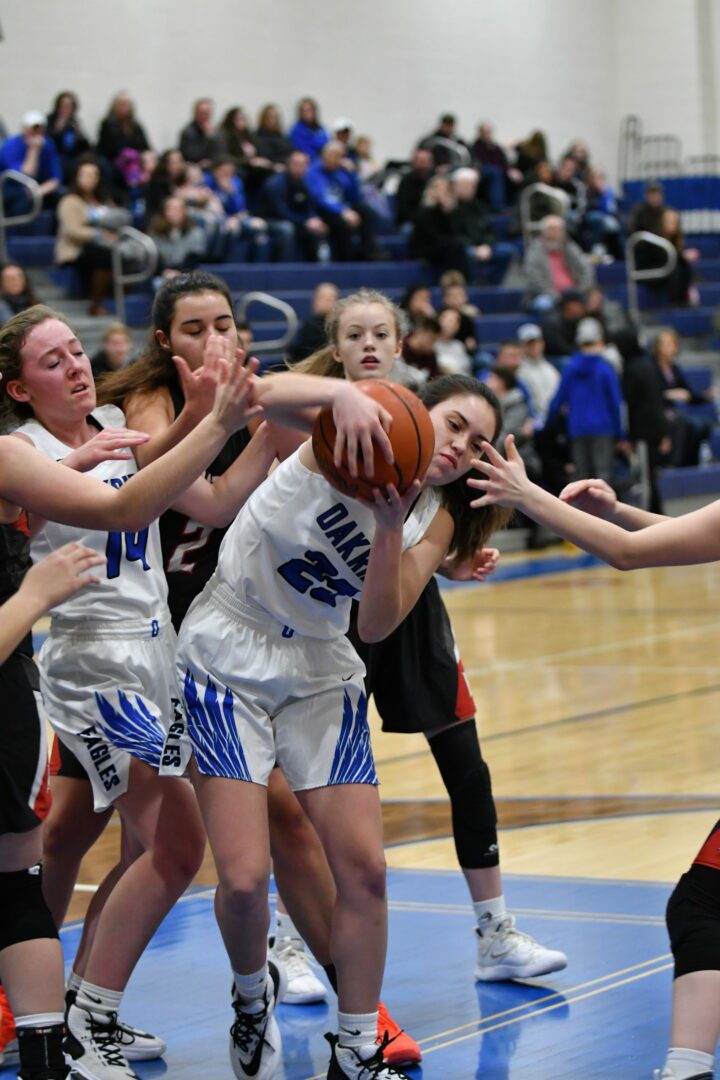 Delaney Ruel pulls down a rebound for Oakridge. Photo/Michael Banka 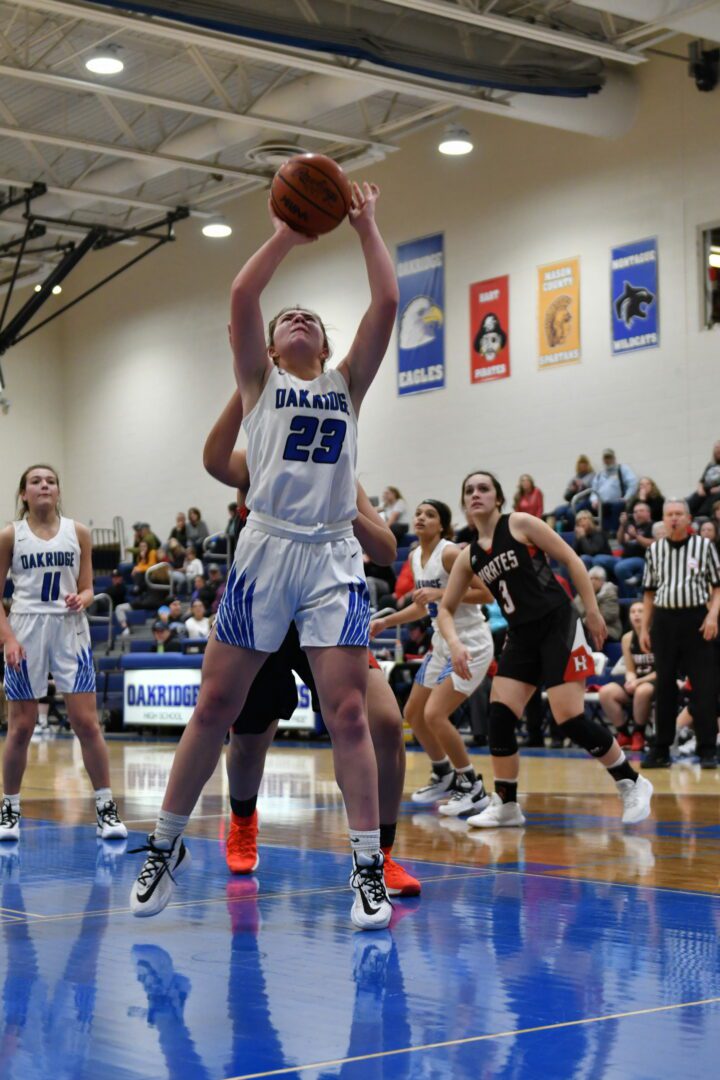 Delaney Ruel goes up for an Oakridge shot. Photo/Michael Banka 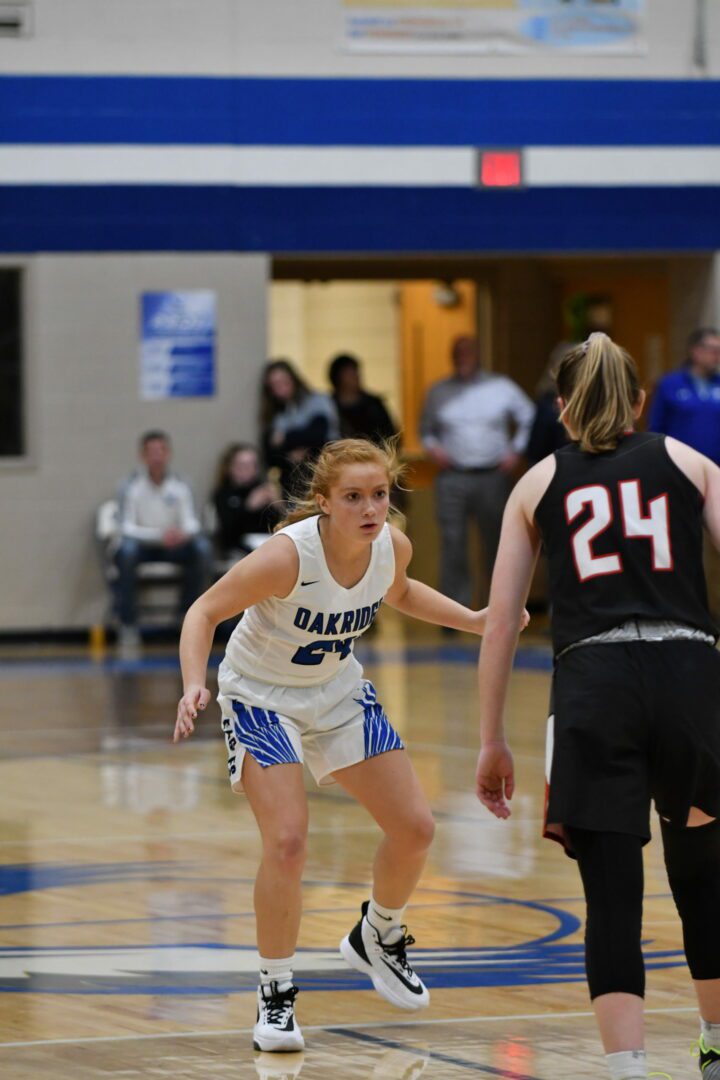 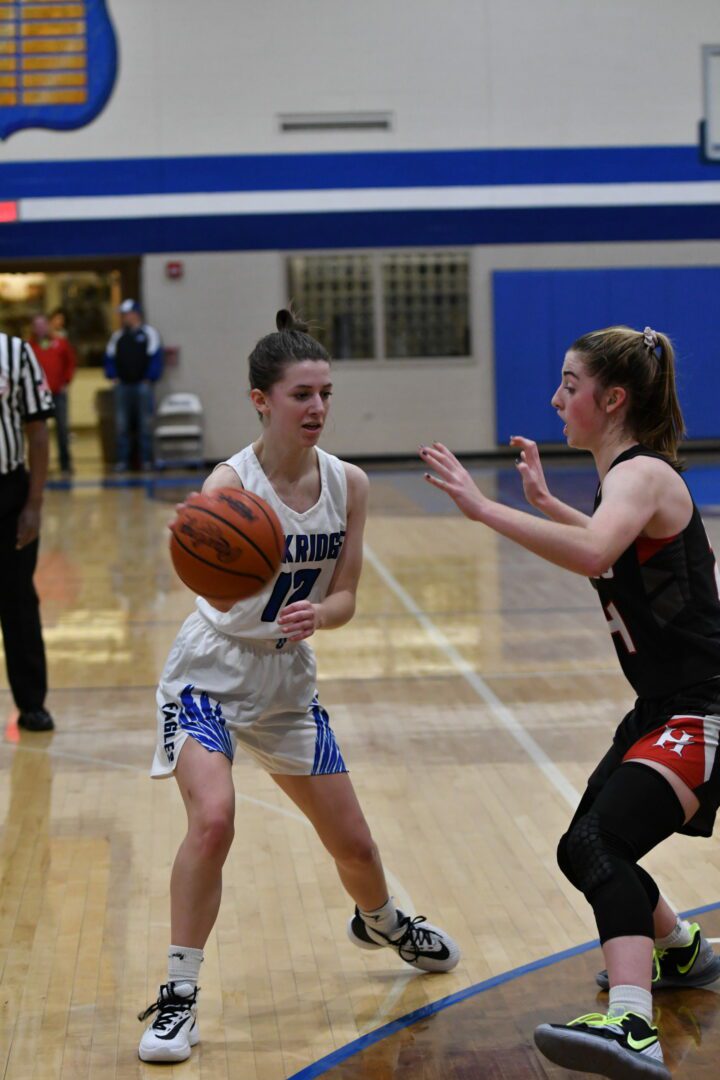 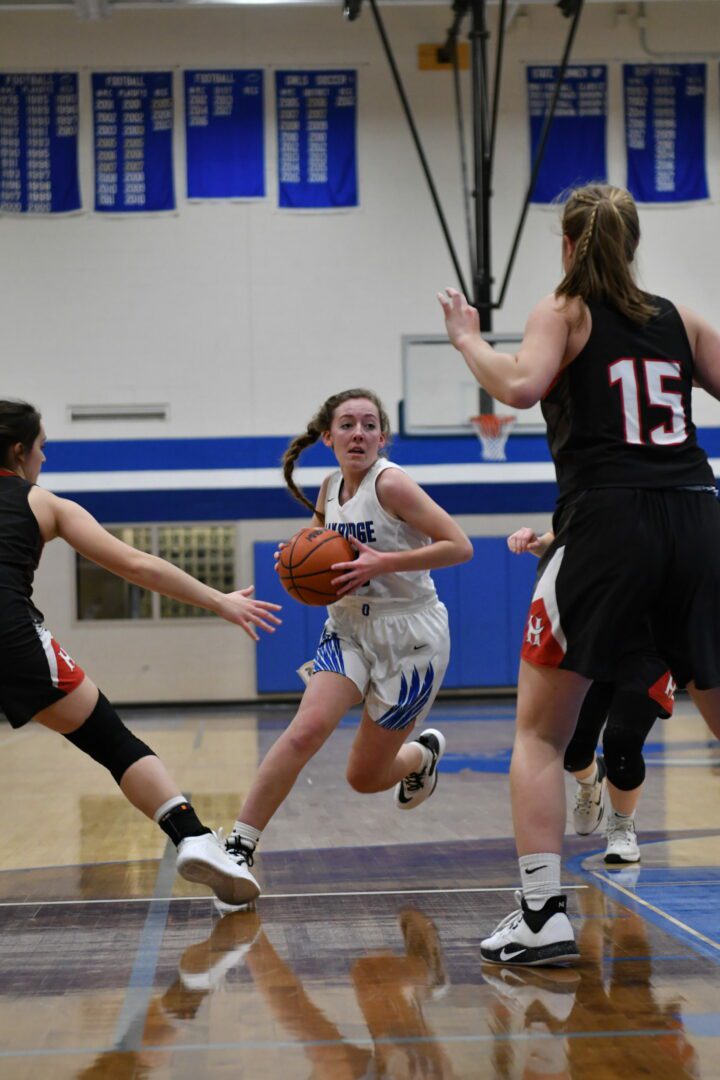 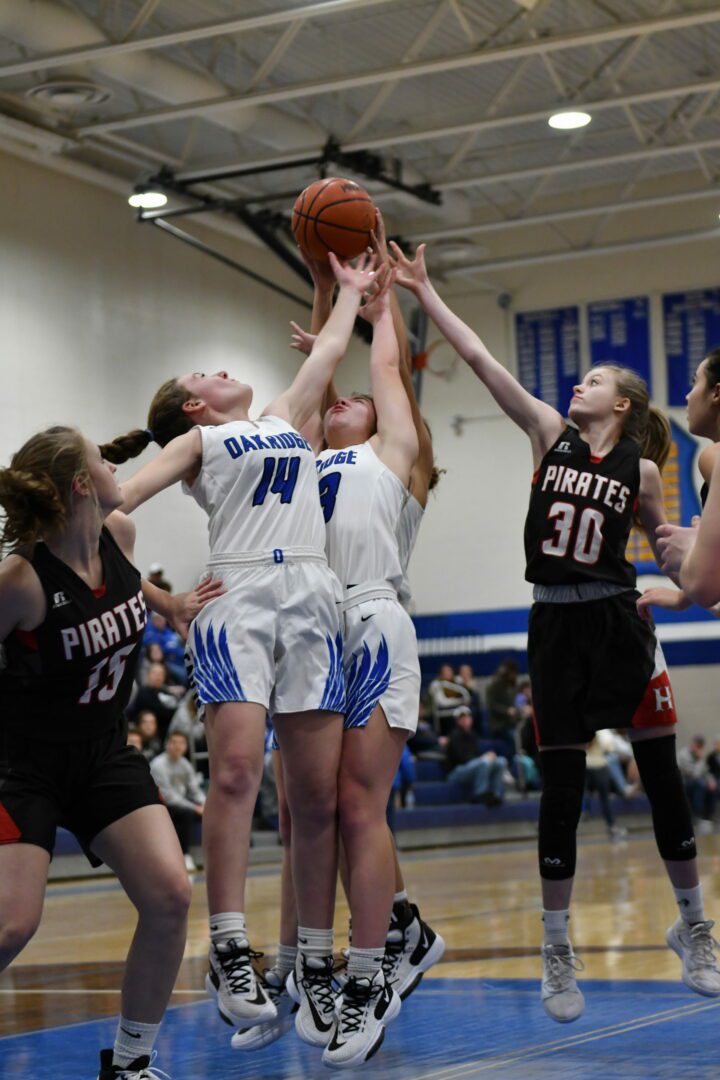 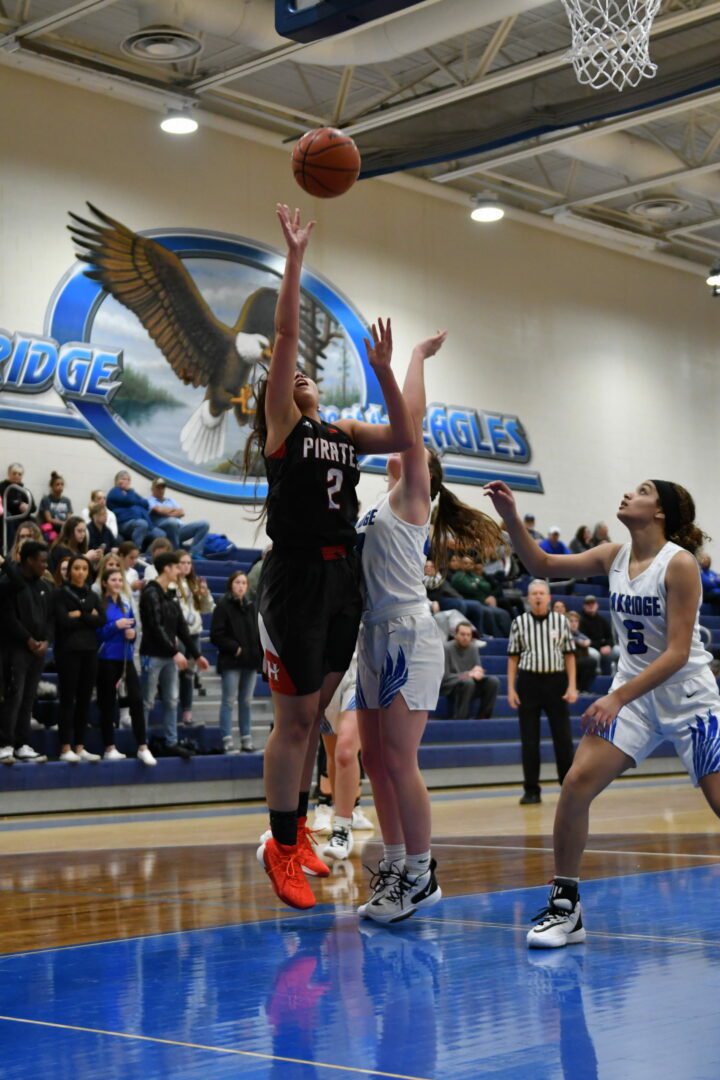 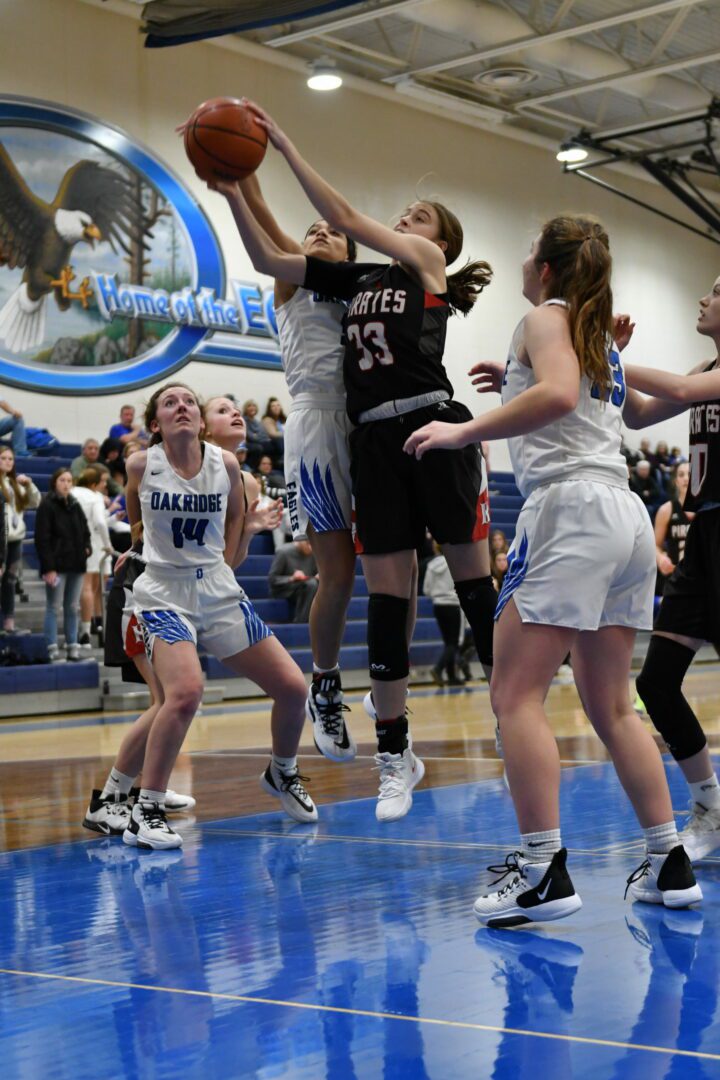 Hart’s No. 33 Kendall Williamson reaches for the rebound. Photo/Michael Banka

Fremont falls to Chippewa Hills in a league volleyball match