MUSKEGON – The holiday break is a very welcome relief for the Muskegon Lumberjacks, who just completed their toughest stretch of the season so far. 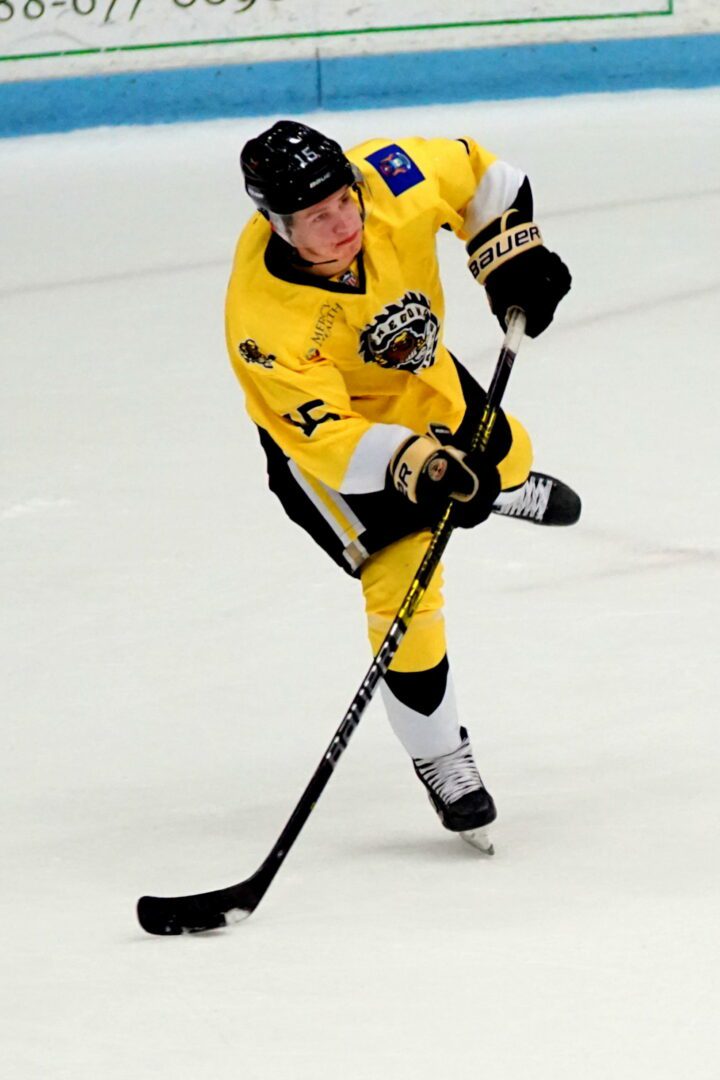 They battled through a brutal six-game stretch against three of the best teams in the USHL – the Chicago Steel, Dubuque Fighting Saints, and the Team USA Under-18 squad.

They played the last four of those games with two of their top offensive weapons – Danil Gushchin and Rhett Pitlick – competing in an international tournament in Canada. In the last two they also played without another leading scorer, Oliver MacDonald.

Not surprisingly, the Lumberjacks struggled during the stretch, posting a 1-4-1 record, including a 5-2 loss to the Team USA Under-18s on Friday at L.C. Walker Arena.

The Lumberjacks, who have lost four games in a row, fell to 9-13-2 on the season, and head into the Christmas break in seventh place in the Eastern Conference. They are now off until Dec. 27 at home against Madison.

“The last six games were playing against the best competition you’re going to have,” said Lumberjacks Coach Mike Hamilton. “We would have liked to have come away a little better than we did, but there were a lot of learning opportunities there.

“When you are without key guys, you have others move up in the lineup, and they are playing a little out of their normal roles and try to do too much, and we get away from our game plan.”

The Lumberjacks made a game of it for the better part of two periods against the elite U-18 squad, which is comprised of the top players in the USA national team development program. 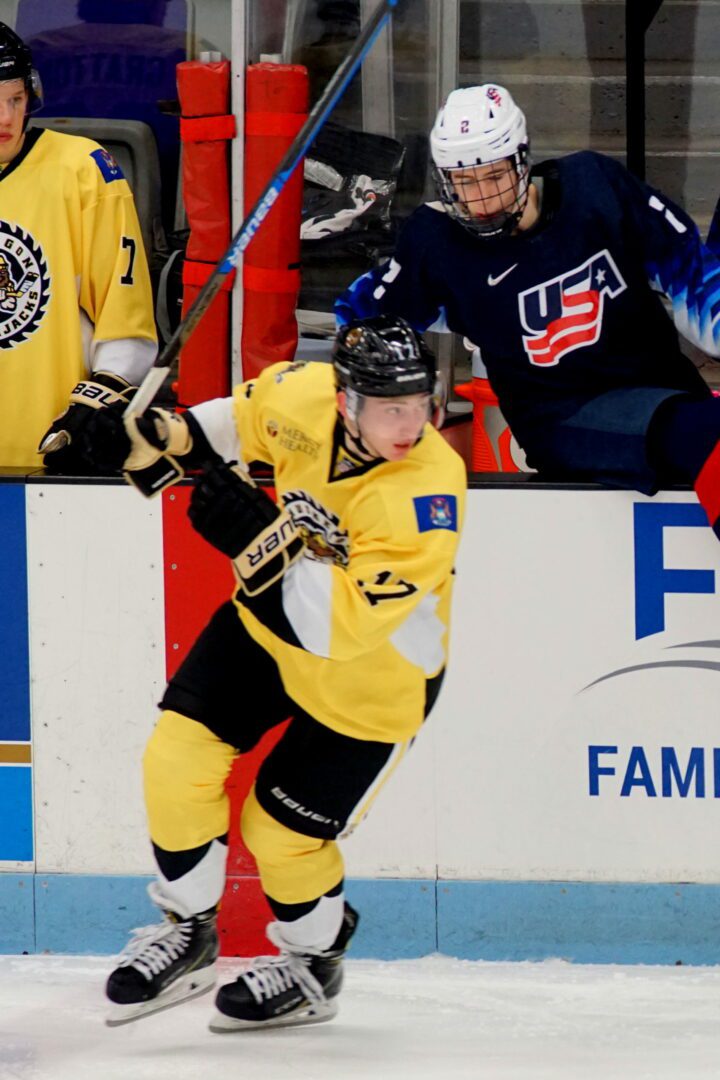 Team USA got on the board first with a goal by Matt Beniers just 1:32 into the contest.

Muskegon evened things up at 15:33 of the first period when Cameron Berg scored a power play goal with a high wrist shot from the left faceoff circle. Dylan Wendt and Grant Docter had assists.

The score was 1-1 at the first break.

The Lumberjacks took a 2-1 lead at 6:54 of the second period on a goal by Alex Gaffney, with assists from Wendt and Berg.

Team USA tied the score at 12:43 of the second period when Eamon Powell’s shot deflected off another player and bounced into the Muskegon net. Brett Berard added a goal at 12:43, putting the visitors on top 3-2.

The Lumberjacks had a tough break when forward Tanner Edwards received a five-minute major penalty, a 10-minute misconduct and a game misconduct at 13:15 of the second period. Team USA ended up with a three-minute power play and cashed in when Dylan Peterson scored, giving his team a 4-2 lead.

Berard added his second goal of the game at 9:41 of the third period, making the score 5-2.

Team USA had a commanding 41-21 advantage in shots on goal.

“I am excited to get a little break and get everybody back,” Hamilton said. “Our focus is to come back and have a really strong January to get us back into the playoffs and give ourselves a chance. With the skill and the speed we have, we are going to be fine, and I believe in the team we have.” 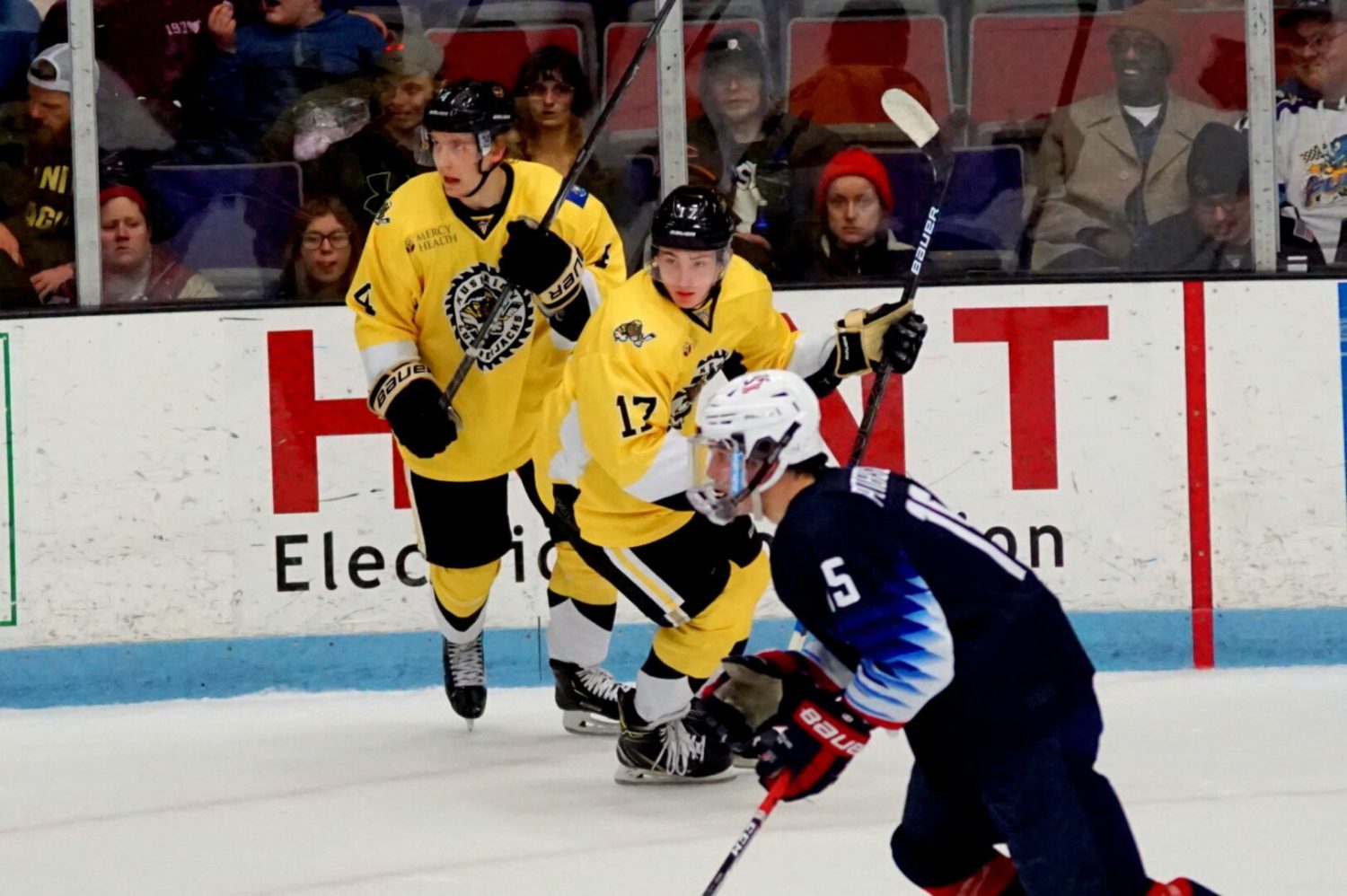 Muskegon defenseman No. 4 Iivari Rasanen and No. 17 Cameron Berg look for the puck. Photo/Leo Valdez 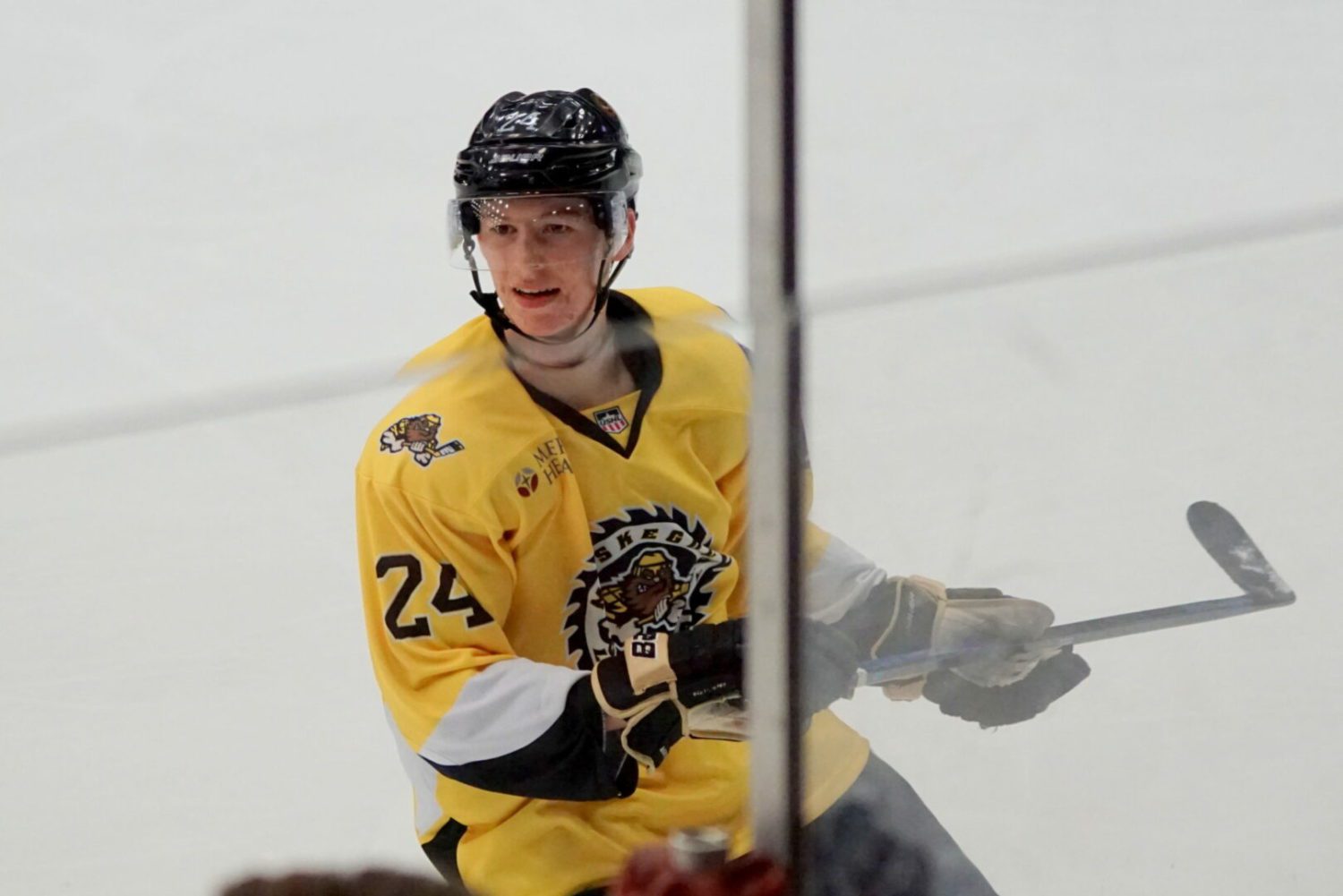 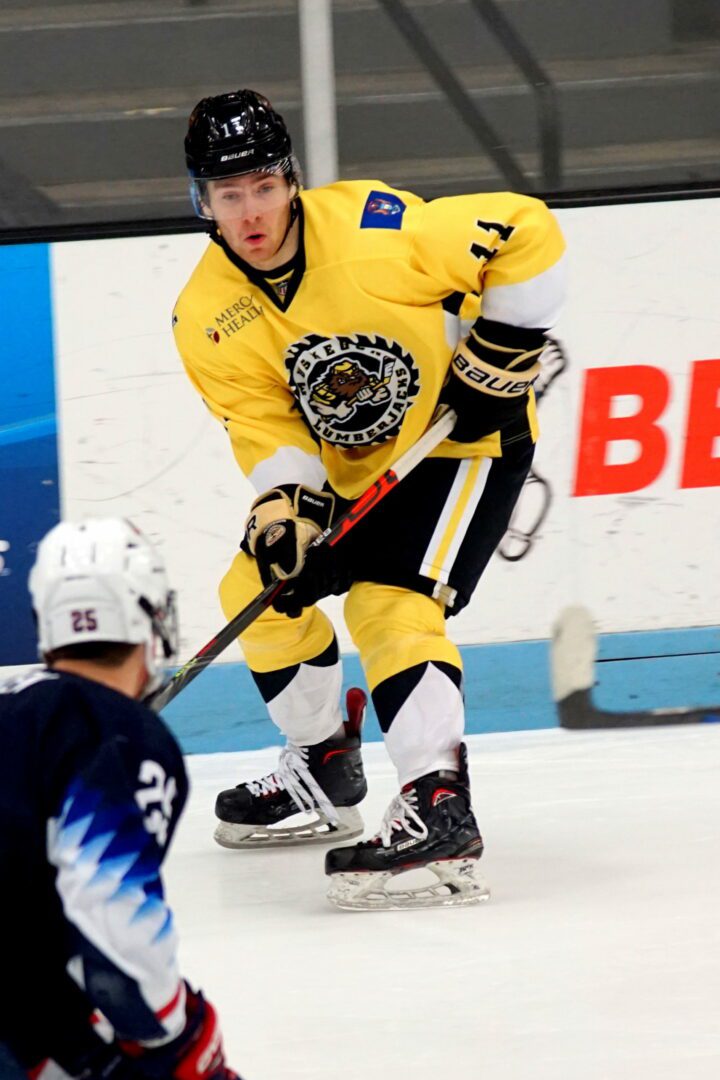 Dylan Wendt takes the puck along the boards for Muskegon. Photo/Leo Valdez 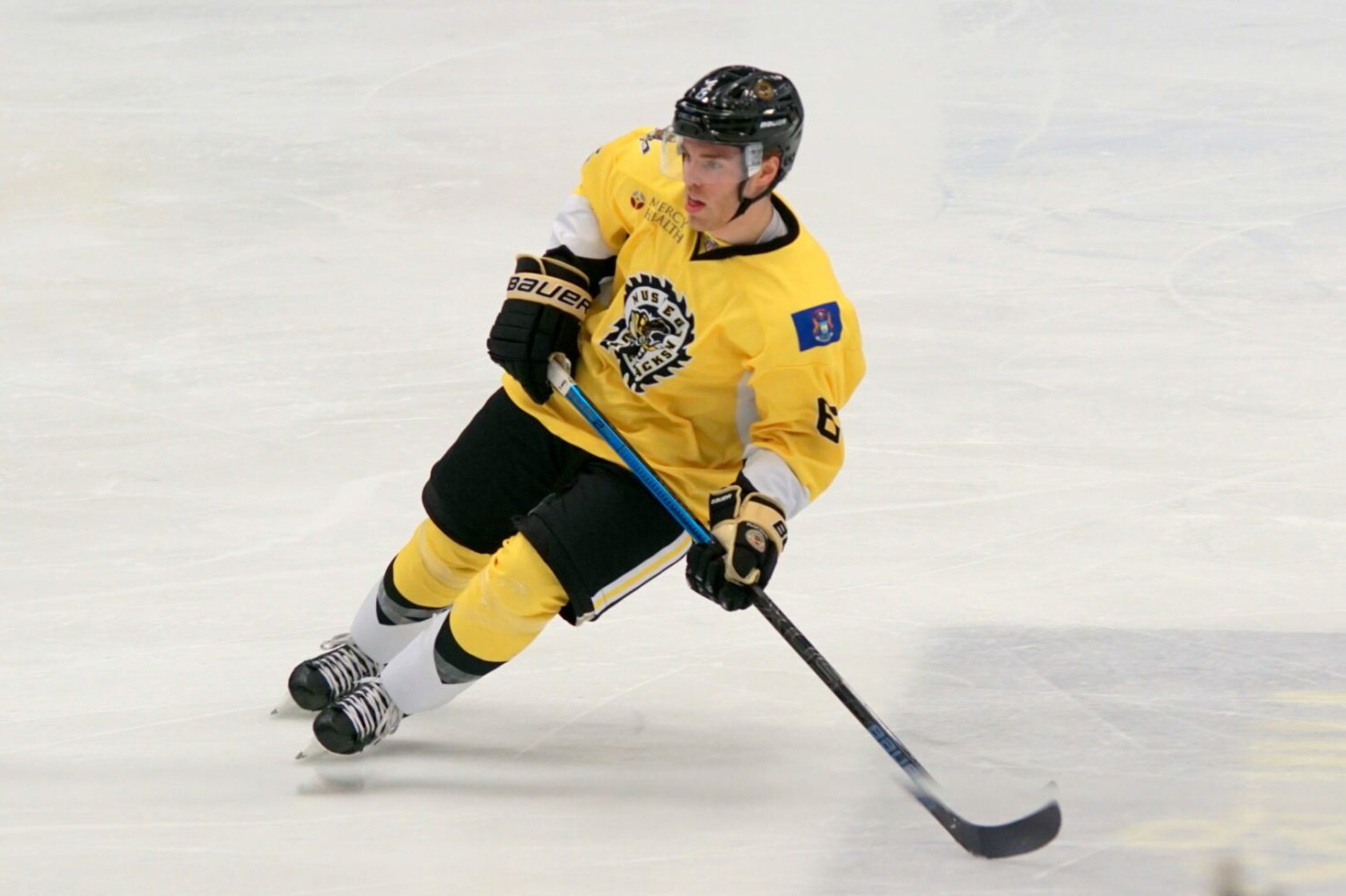 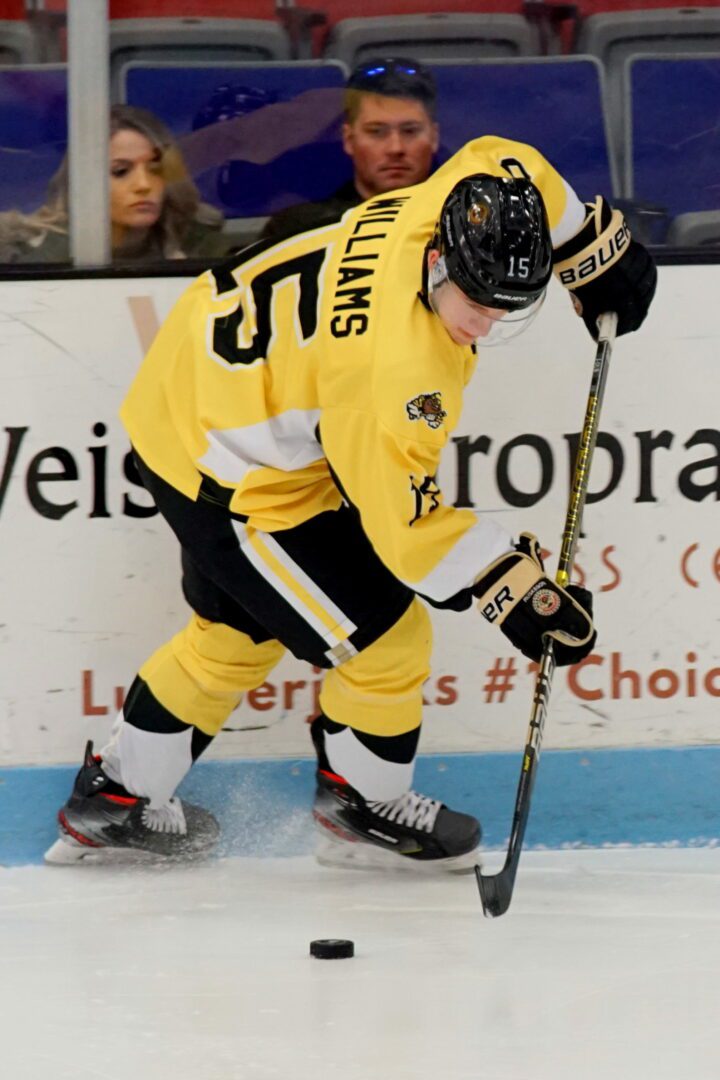 Jack Williams controls the puck along the boards for Muskegon. Photo/Leo Valdez 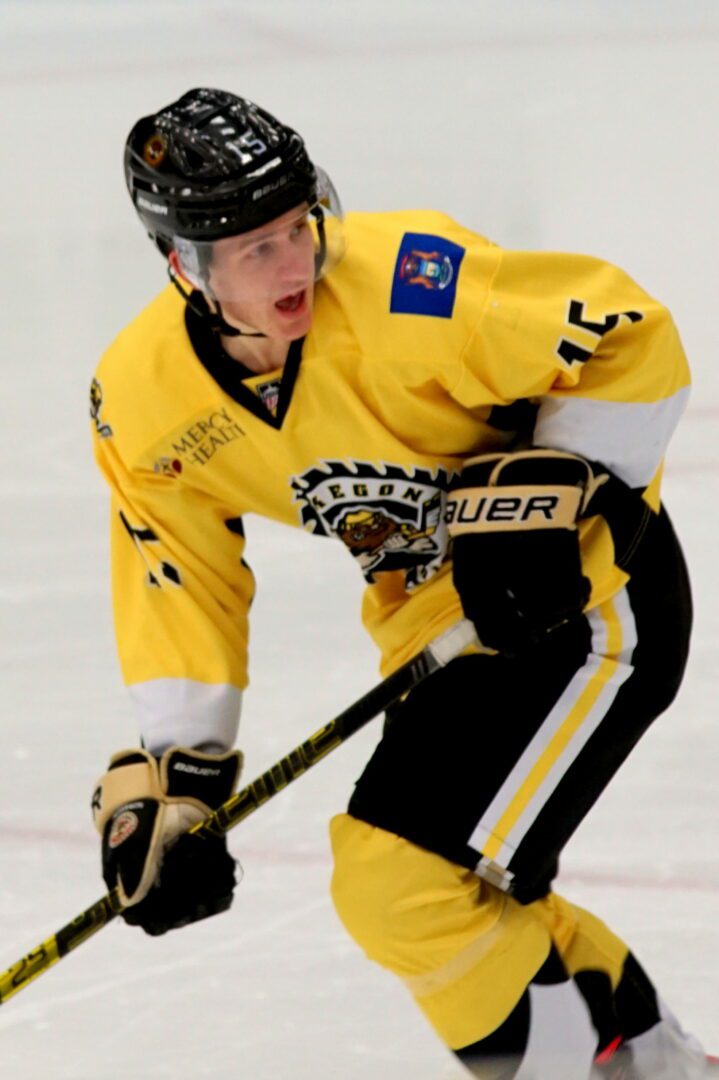 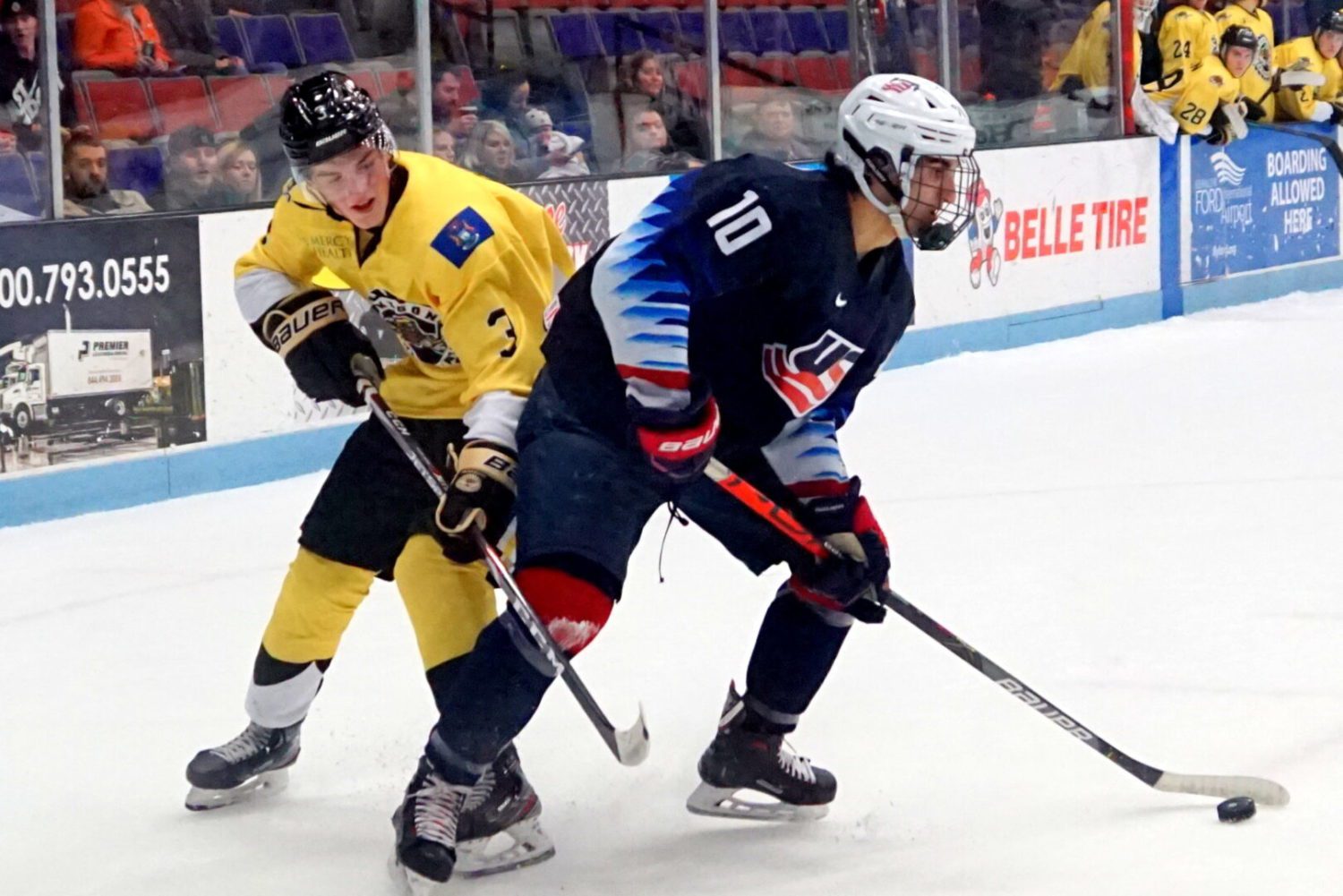 No. 3 Tyler Dunbar looks for the puck behind Team USA forward No. 10 Matthew Beniers. Photo/Leo Valdez 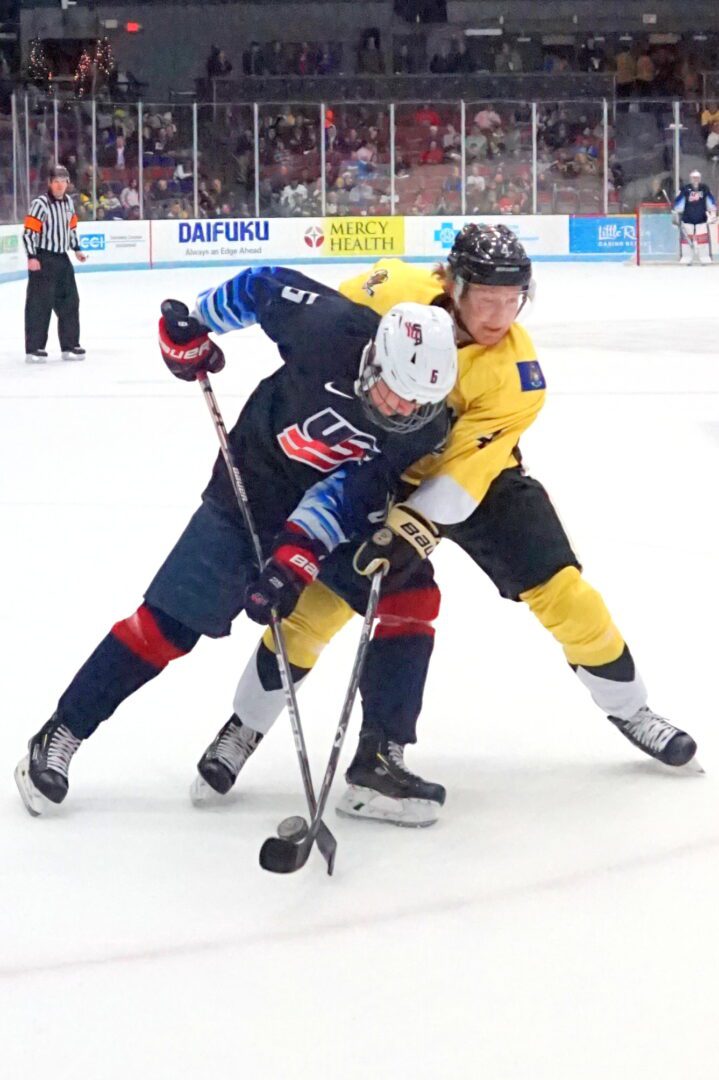 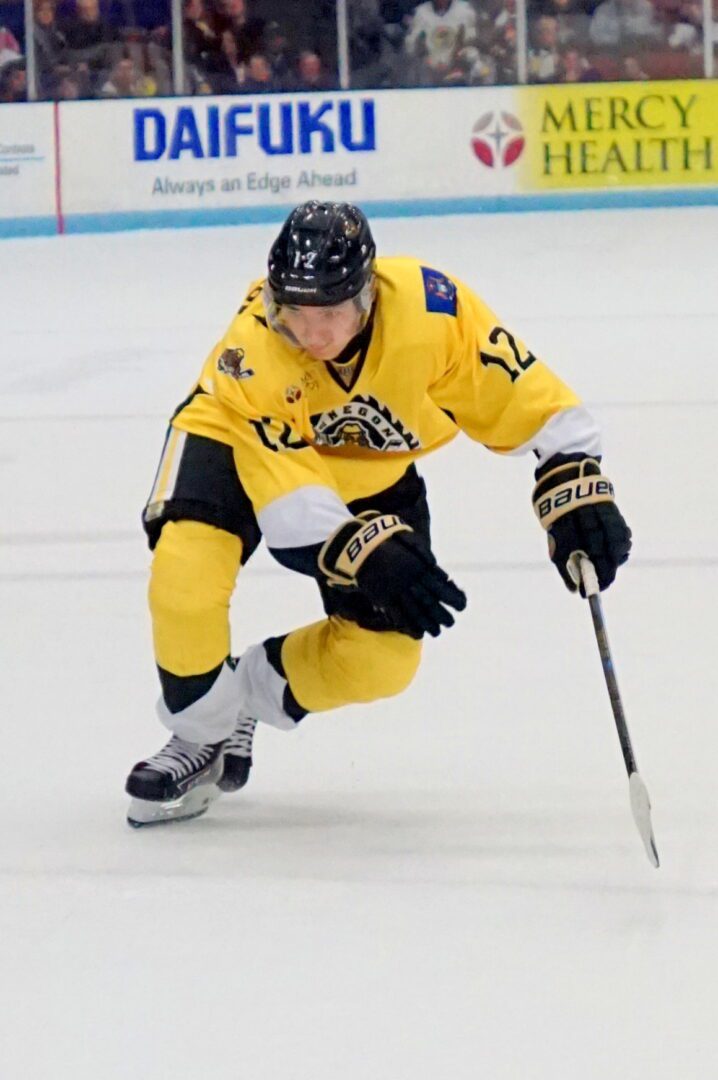 Alex Konovalov gets ready to defend for Muskegon. Photo/Leo Valdez 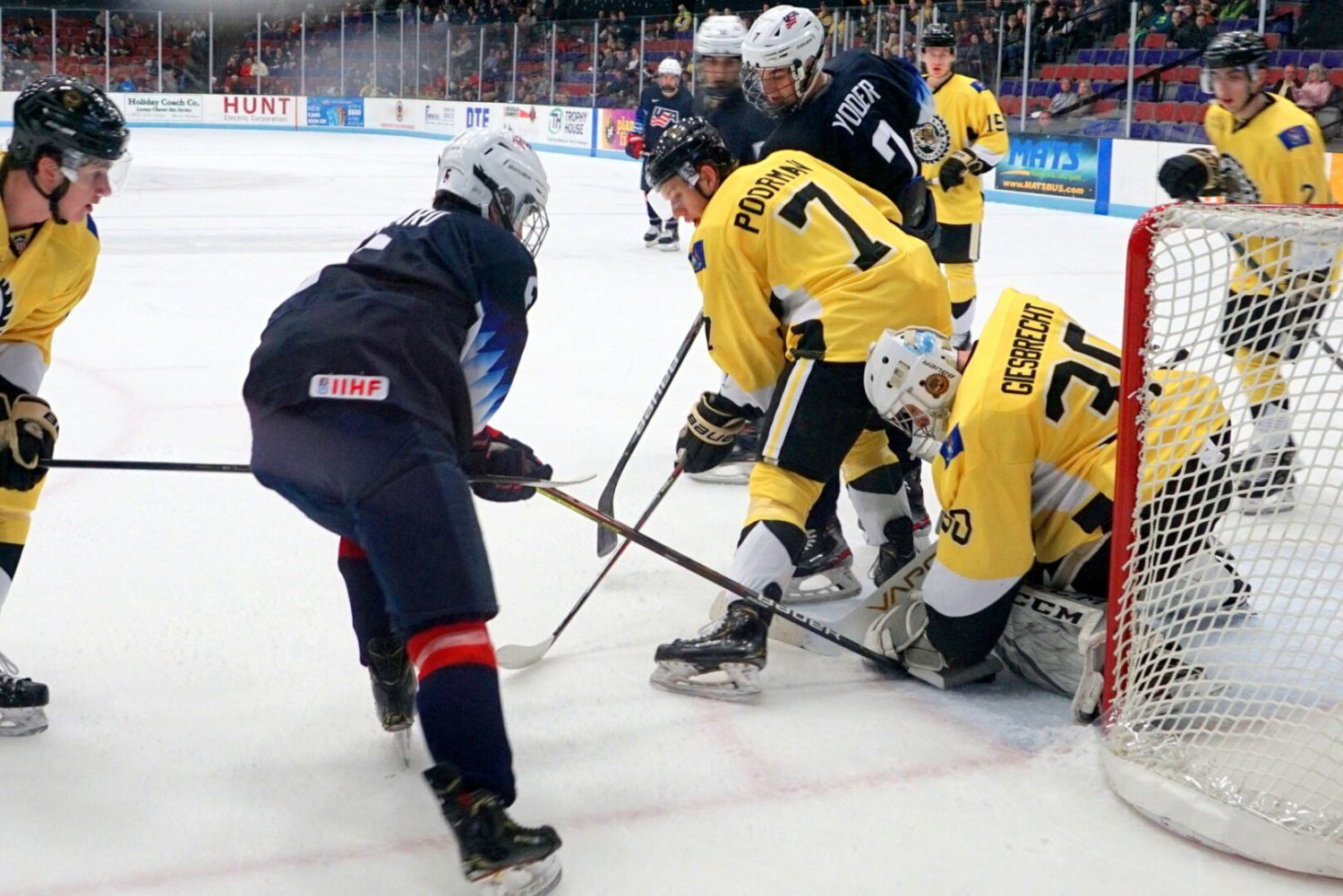 Muskegons No. 7 Ryan Poorman takes up space in front of the net while Lumberjacks goalie Noah Giesbrecht looks for the puck. Photo/Leo Valdez 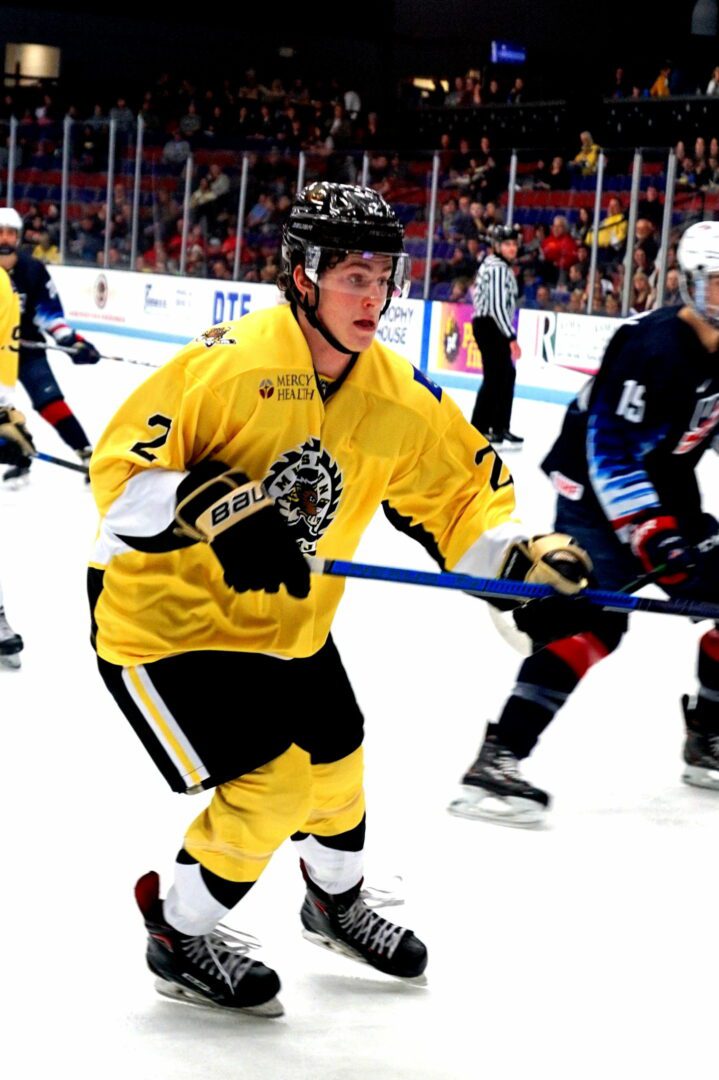