MUSKEGON – Earlier this week, Muskegon Lumberjacks Coach Mike Hamilton said his team still has a lot of room for improvement on defense. 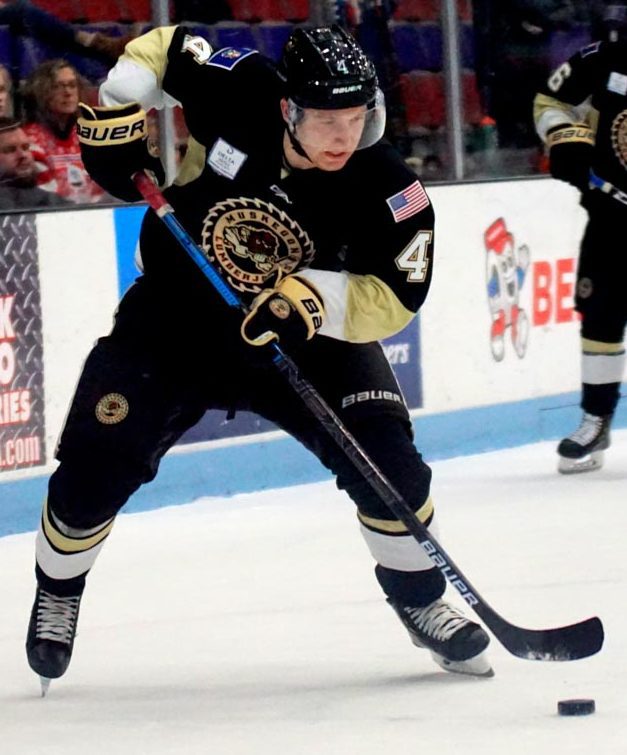 That was painfully obvious on Friday night, when the Jacks returned from their Christmas break with high hopes of picking up a much-needed win.

Instead they blew a first-period lead, failed to cash in on a big shot advantage, and suffered a painful 3-1 loss to the last-place Madison Capitols in front of a 2,367 fans at L.C. Walker Arena.

The slumping Lumberjacks suffered their sixth straight loss and fell to 9-14-2 on the season. They are now in danger of going a full month without a victory. Muskegon’s last win came in Chicago on Nov. 29.

The Jacks and Madison will tangle again on Saturday night in Muskegon at 7:05 p.m.

The Lumberjacks were excited about returning from their holiday break, because they were regaining the services of two of their top scorers – Danil Gushchin and Rhett Pitlick – who had missed the previous four games while competing in an international tournament.

As it turned out, the Jacks generated plenty of offense, outshooting Madison 35-19. But Muskegon couldn’t capitalize, while the Capitols made the most of their few opportunities.

The biggest problem was the Lumberjacks’ team defense, which allowed several breakaways and odd-man rushes throughout the contest. 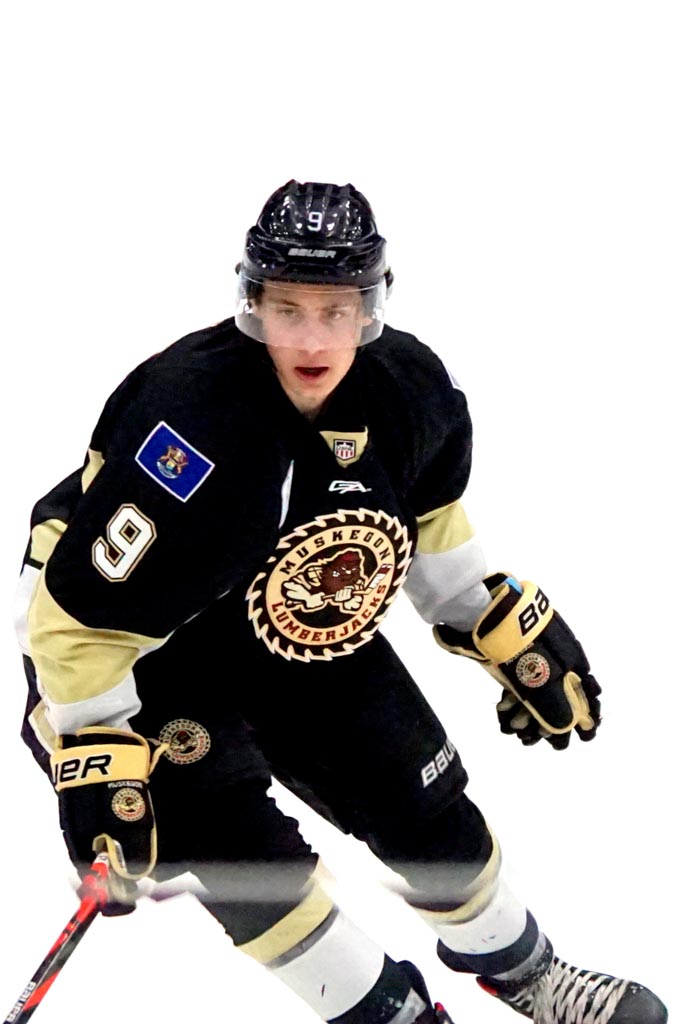 Upgrading the defense has been a season-long project for the Jacks, which their lineup illustrates. Only two of the eight Muskegon defenseman who dressed on Friday have been with the team the whole season.

“You can’t be doing the same thing and expect a different result,” said a frustrated Hamilton after the game. “As soon as they get the puck, they put guys behind you, and if we weren’t mesmerized and watching the puck, that would not happen. Those are the areas we need to clean up, no doubt about it.”

Hamilton was also frustrated by the Jacks’ inability to capitalize on scoring chances.

“It’s frustrating because we almost doubled them up in shots, but we are not putting pucks to the net, and one goal isn’t going to win it for us,” he said.

The loss spoiled the debut of new Lumberjacks goalie Eric Green, who joined the team on loan from the University of Massachusetts-Lowell for the rest of the season.

“I thought he played well and gave us an opportunity to win,” said Hamilton. “Just like all season long, we can’t blame it on our goalie. They give us a chance to win hockey games, but at the end of it we have to score more goals.”

The Jacks had a 12-4 shot advantage in the first period, but didn’t get on the board until the last shot of the period, with eight seconds left, when Pitlick found the net from close range for his sixth goal of the season.

Muskegon had another shot advantage in the second period – 11-8 – but it did no good. The Capitols, meanwhile, made the most of their attempts, scoring three unanswered goals to take a 3-1 lead at the second intermission.

The third period was scoreless.

Madison, which has been buried deep in the basement of the USHL’s Eastern Conference standings all season, won its third straight game and improved to 6-19-1. Goalie Christian Stoever, acquired from Des Moines earlier this month, got the win in net.

“We are the youngest team in the league, but that doesn’t matter to me, we got to find a way to win hockey games,” Hamilton said. “There is a lot of talent here, we just have to get everything clicking together.” 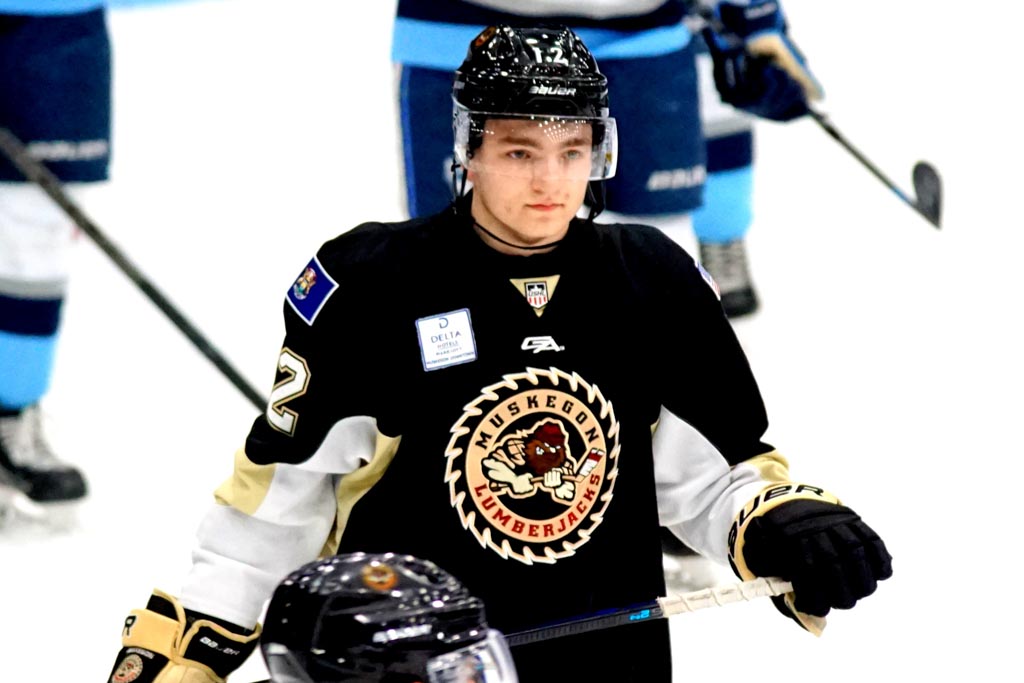 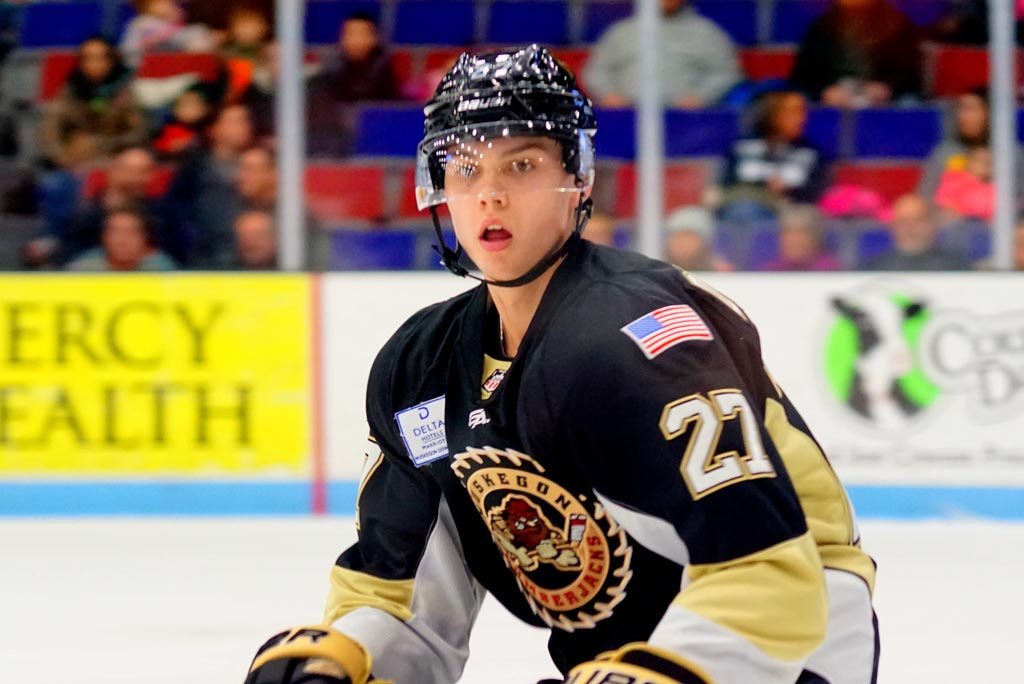 John Druskinis gets back on defense for Muskegon. Photo/Leo Valdez 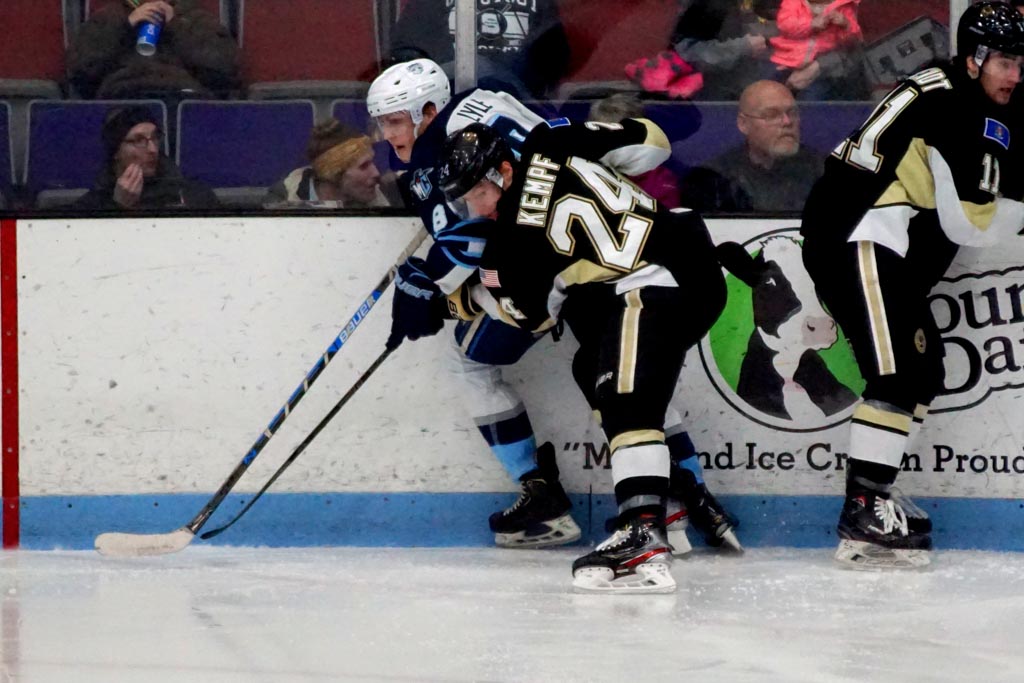 Hank Kempf and No. 11 Dylan Wendt battle for the puck along the boards for Muskegon. Photo/Leo Valdez 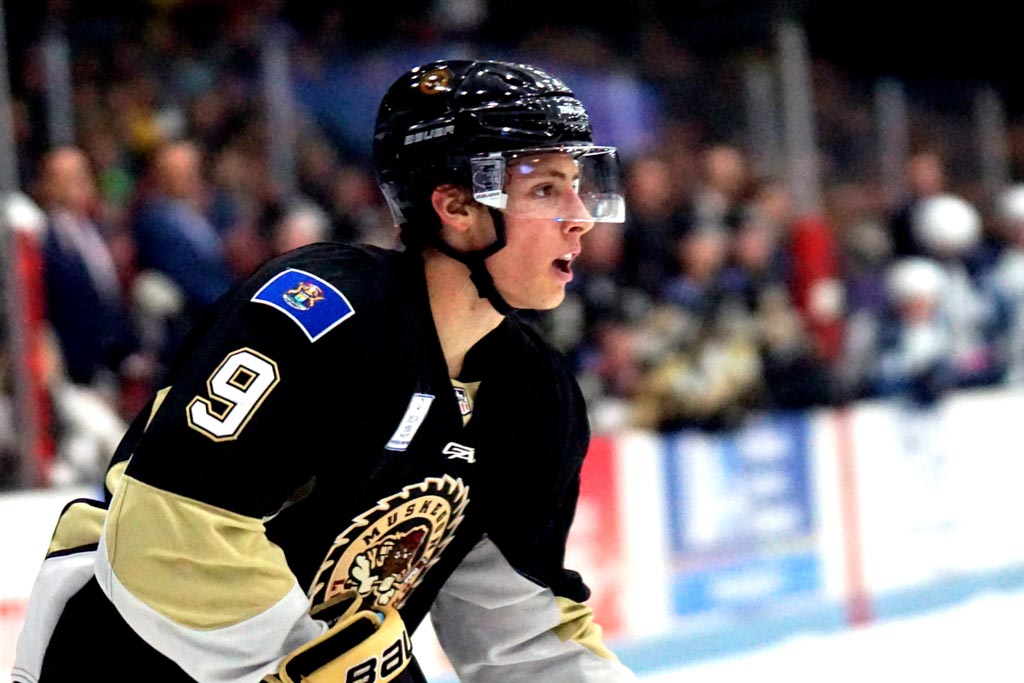 Rhett Pitlick looks to set up a play for Muskegon. Photo/Leo Valdez 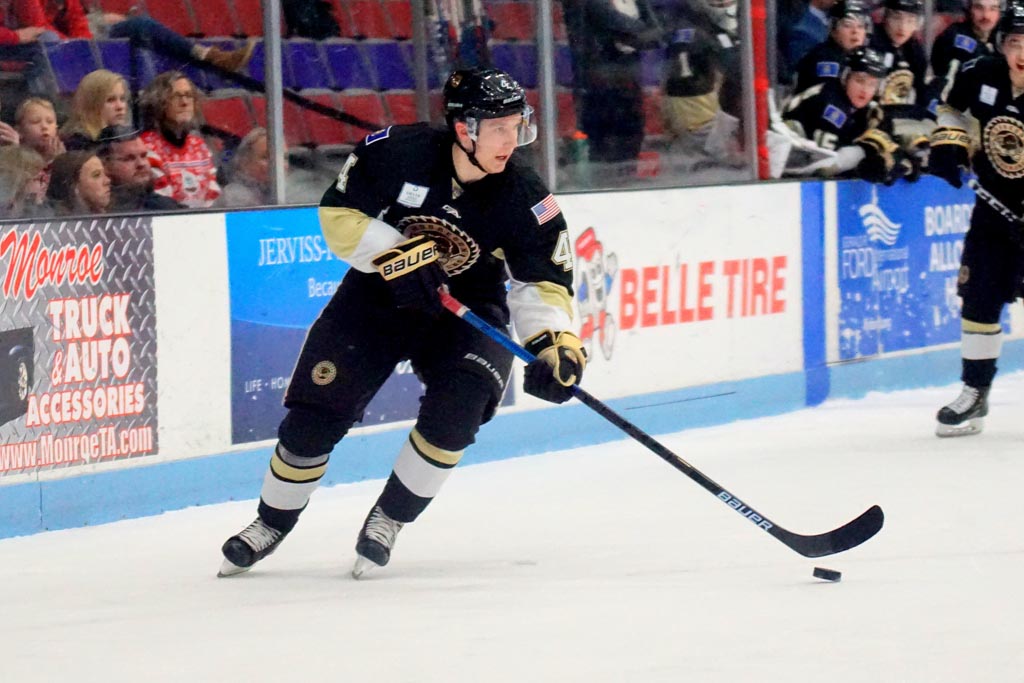 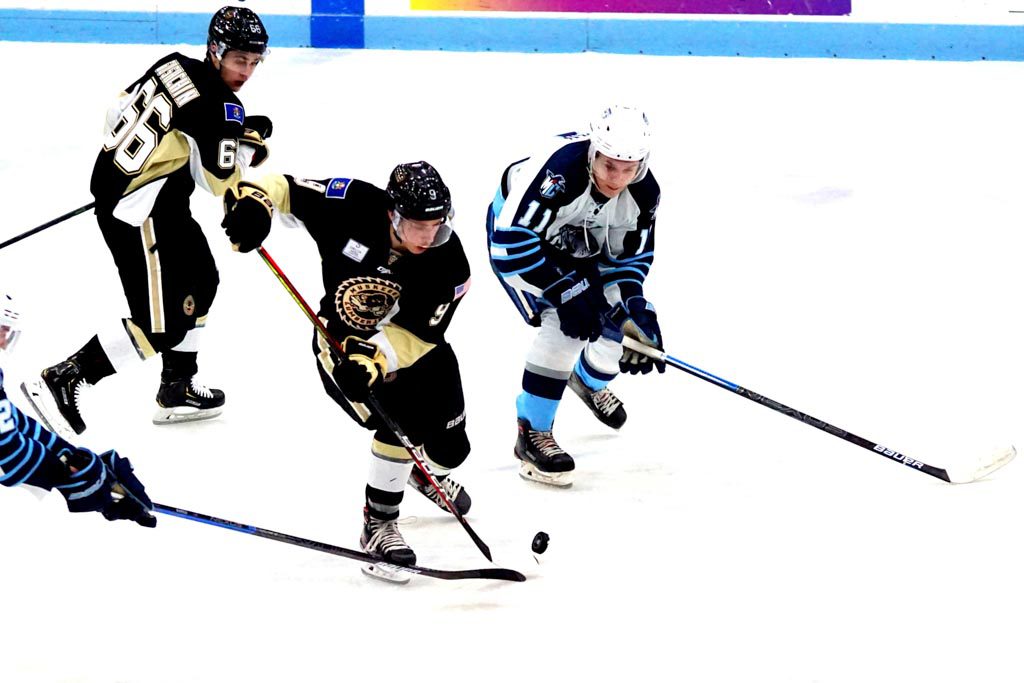 Rhett Pitlick weaves his way through the Madison defense while No. 66 Danil Gushchin looks for the puck. Photo/Leo Valdez 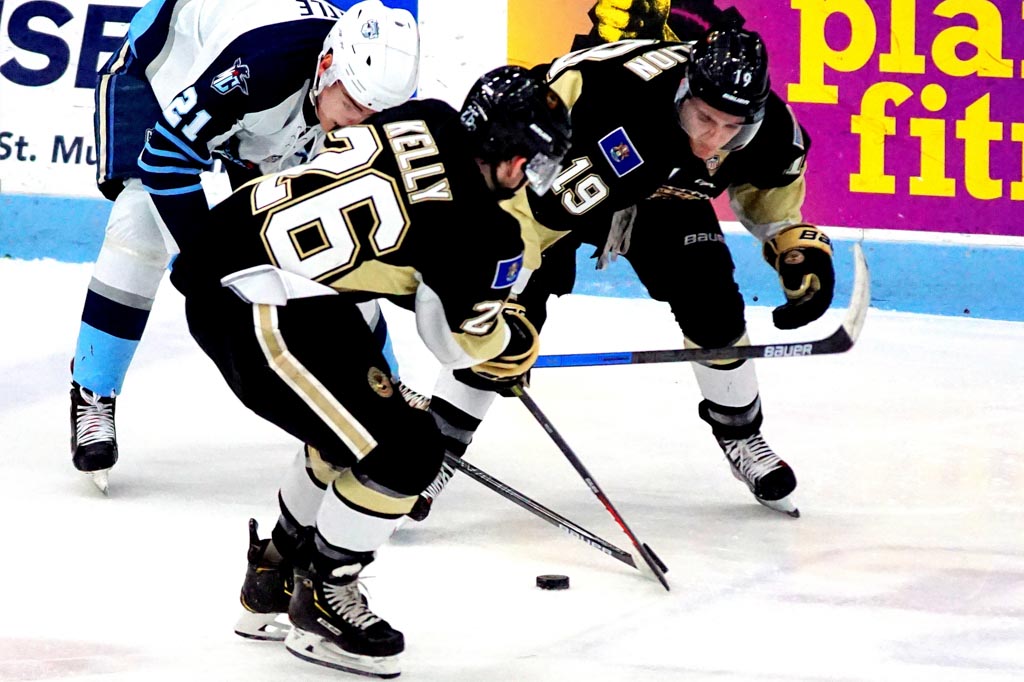 Tanner Kelly and No. 19 Christpohe Fillion fight for the puck. Photo/Leo Valdez

Grand Haven battles for a half, bows out of playoffs in 61-26 loss to Grandville