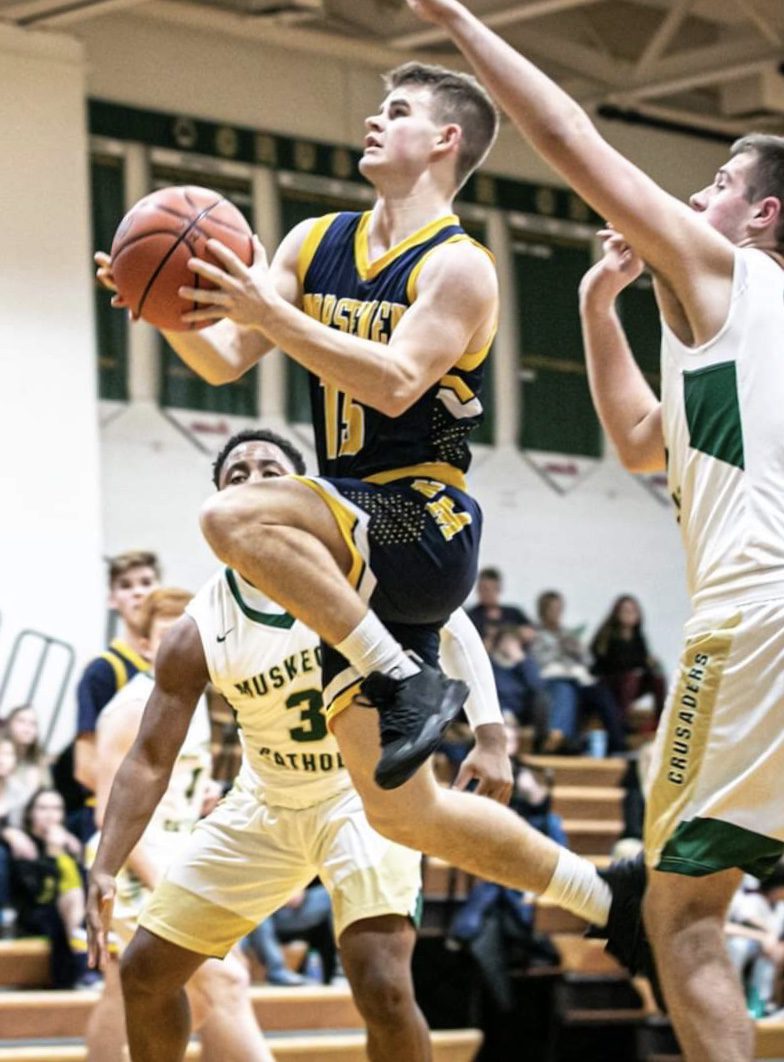 But the cupboard of talent is clearly not bare for head coach Chuck Rypstra’s squad.

“Obviously, we lost a lot from last season, so in the offseason we worked through it, everyone got in the gym, because we knew there were going to be opportunities with so many people leaving,” said the 6-foot-4 Hayhurst, who also starred this fall as North Muskegon’s varsity quarterback.

“Plus, this 2020 class has always had a close bond, just like in football. We’ve been playing together forever, so that’s going to help us a lot.”

Both the Norse and Crusaders were playing without key players in their starting lineups. North Muskegon senior point guard Erik Rypstra is out for a few more weeks while he recovers from a broken foot suffered in the fourth week of football season.

Without the scoring punch from Dugener, MCC really struggled against a scrappy defensive-minded Norse squad, which mixed man-to-man and 2-3 zone defensive looks. The Crusaders didn’t score their first field goal until the final minute of the first quarter, on a jumper by Lucas Carlton, and trailed North Muskegon 12-3 after one. 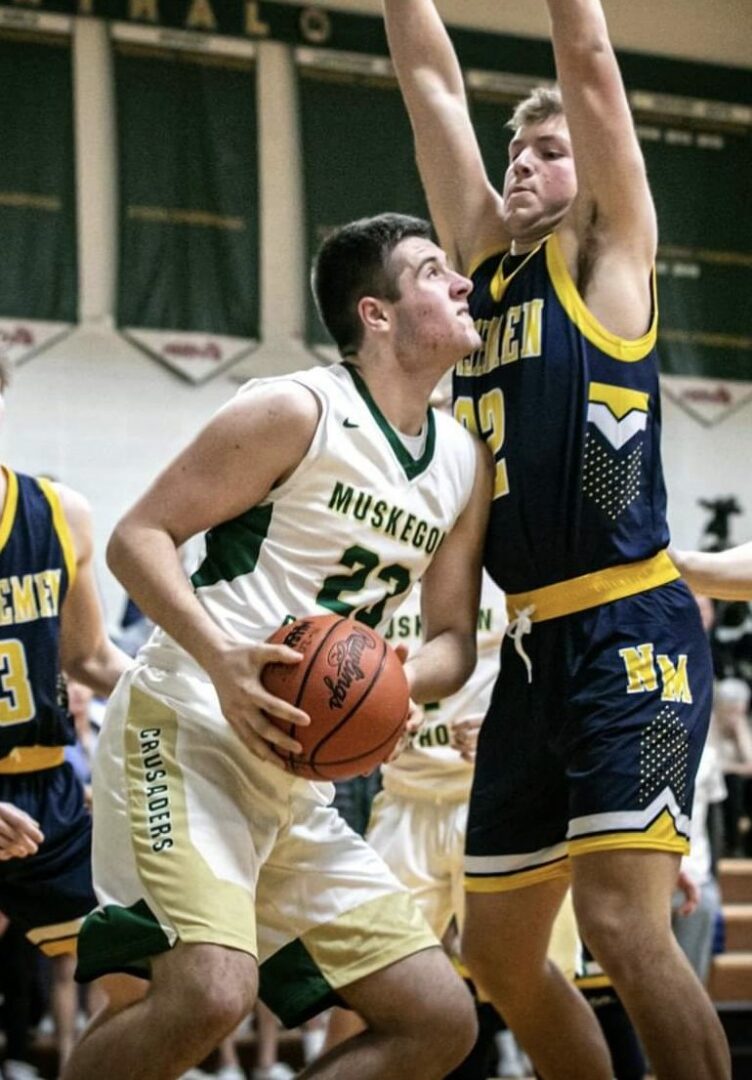 Schultz caught fire late in the second quarter, scoring North Muskegon’s last eight points of the half. On one play he sliced to the hoop on a nice backdoor cut on the baseline, and received a pinpoint pass from Reilly Schotts and made the layup.

Schultz scored all 15 of his points in the first half, and North Muskegon led 39-16 at the break.

“With Trevor, it’s really a unique story,” Hayhurst said about Schultz. “He actually didn’t play last year, but we’ve been playing with him forever, so we know what he can do. He can shoot the ball and he’s really long and lanky, so he sticks with defenders. It looked natural to him out there. He was shooting the lights out.”

The Norse kept piling it on to open the second half, scoring the opening 10 points to blow the contest wide open at 50-16. Hayhurst had eight points in the opening four minutes of the third quarter, using his physicality to score a bundle on the low blocks.

North Muskegon’s Brennen McManus drilled a long-range two at the third-quarter buzzer, putting North Muskegon up 54-24, and the Norse relied on their bench throughout most of the fourth.

Sam Novotny and Elliot Riegler each had six points to lead MCC. 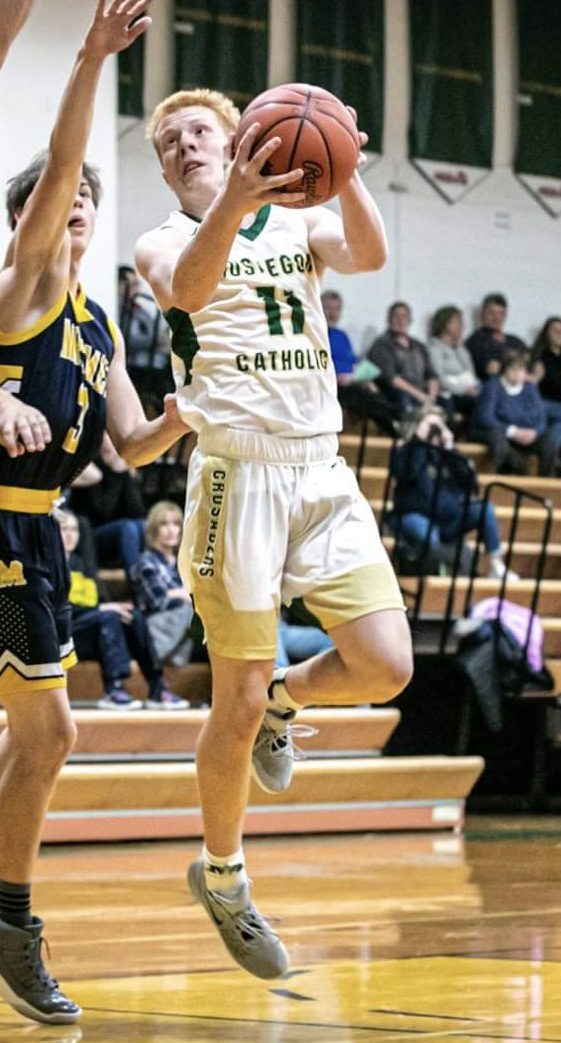 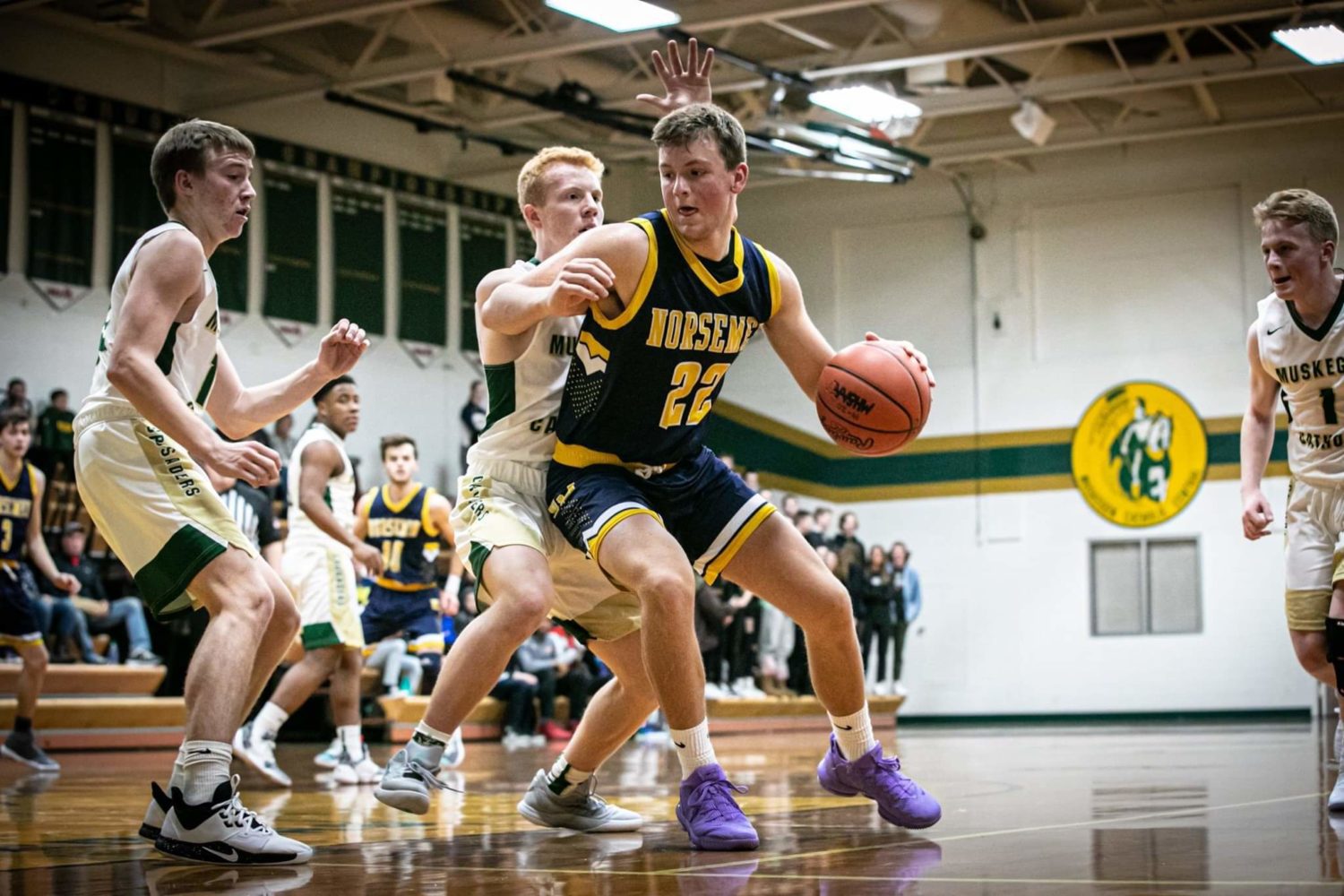 John Hayhurst looks to make a move in the post for North Muskegon. Photo/Tim Reilly 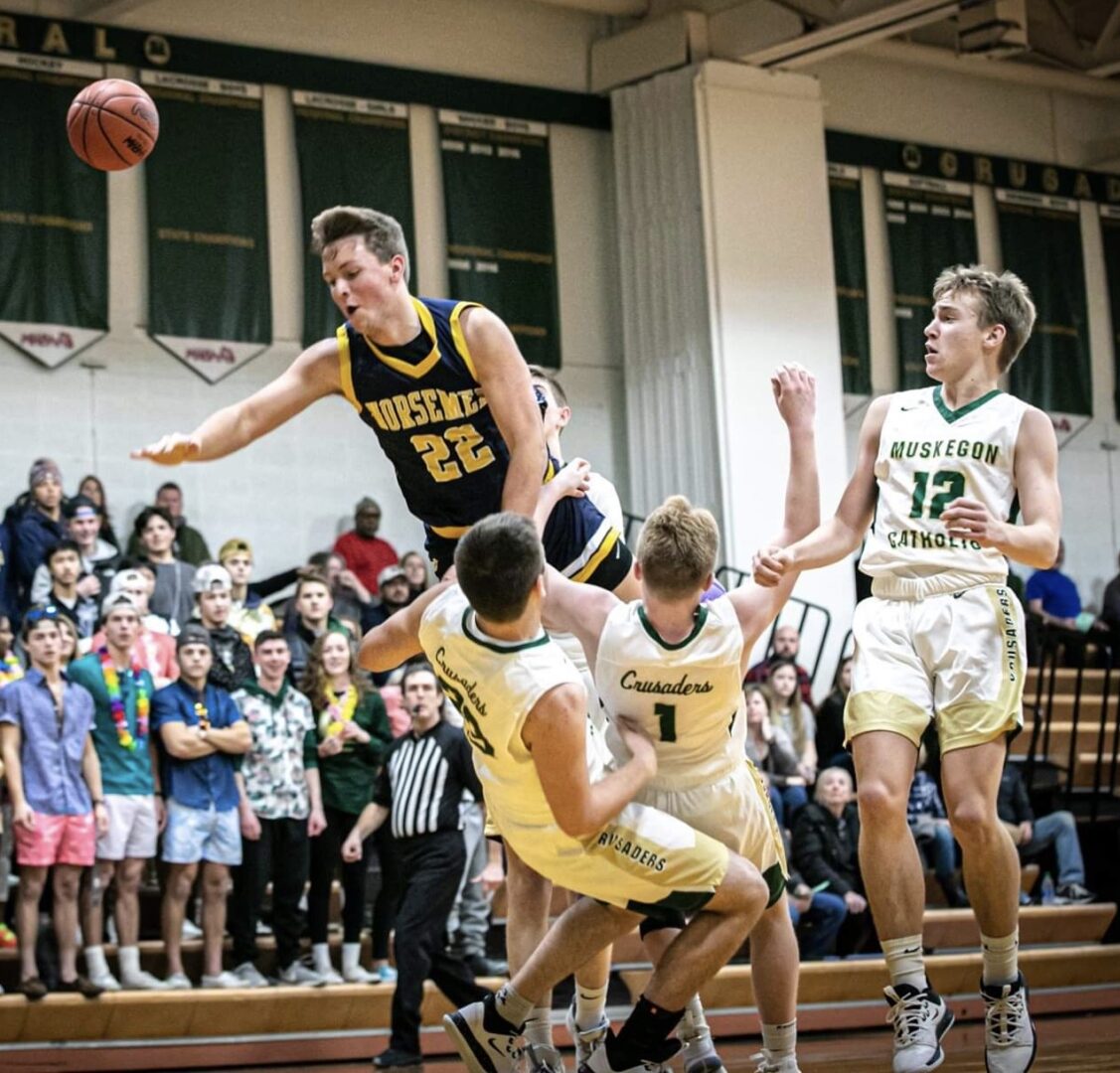 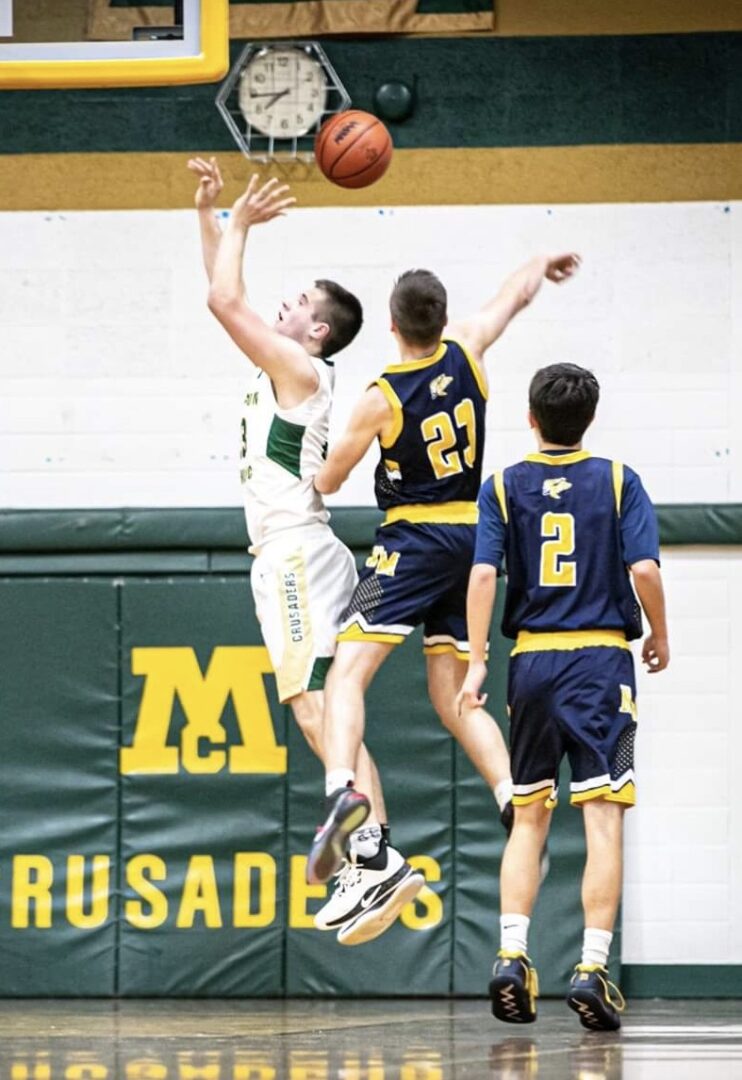 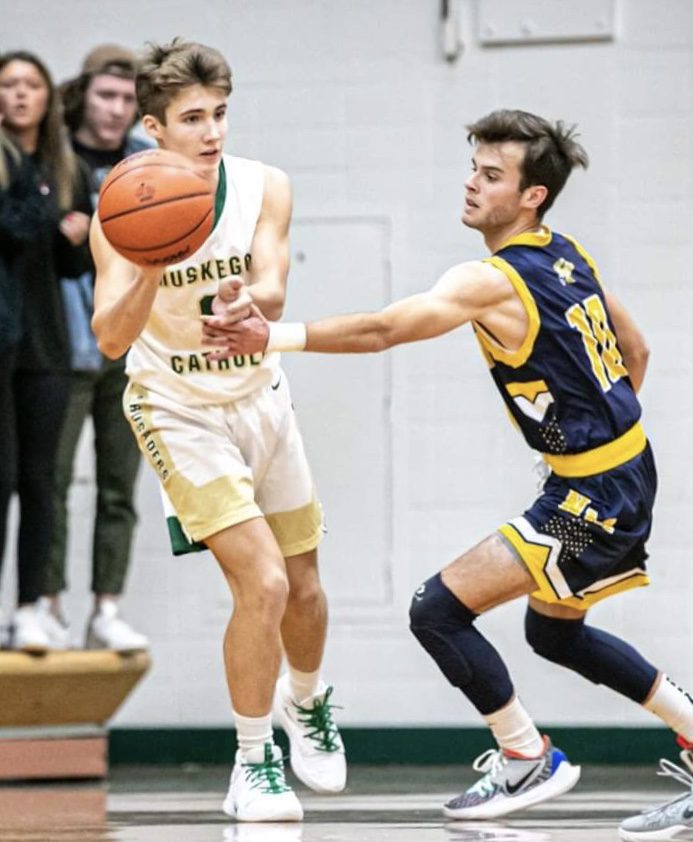 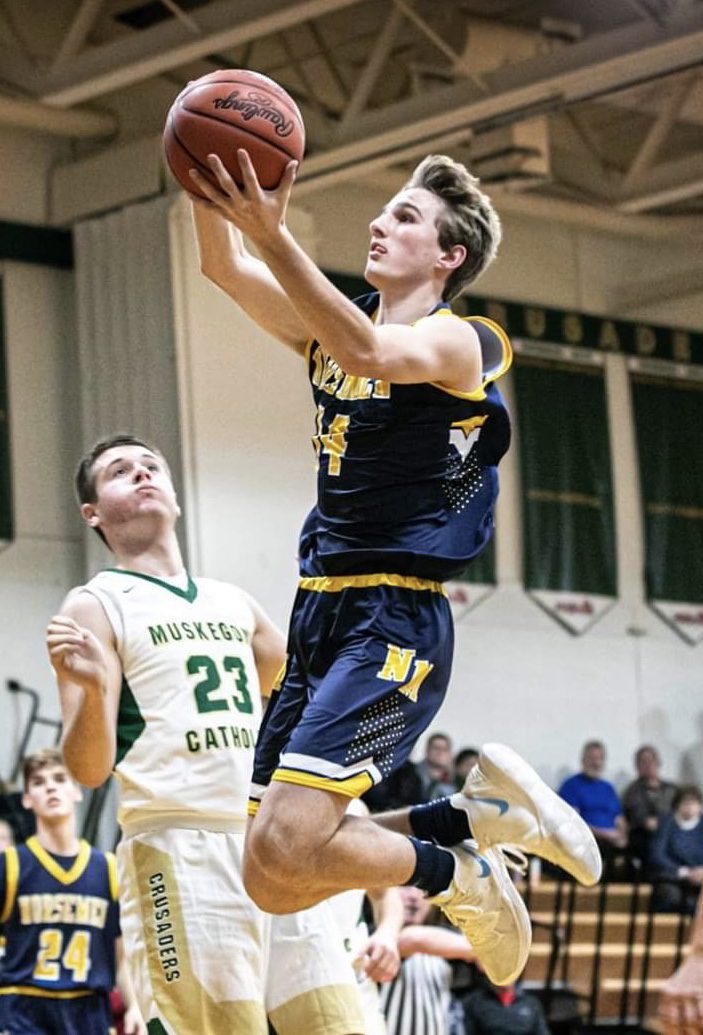 Trevor Schultz goes up for a shot through the lane for North Muskegon. Photo/Tim Reilly 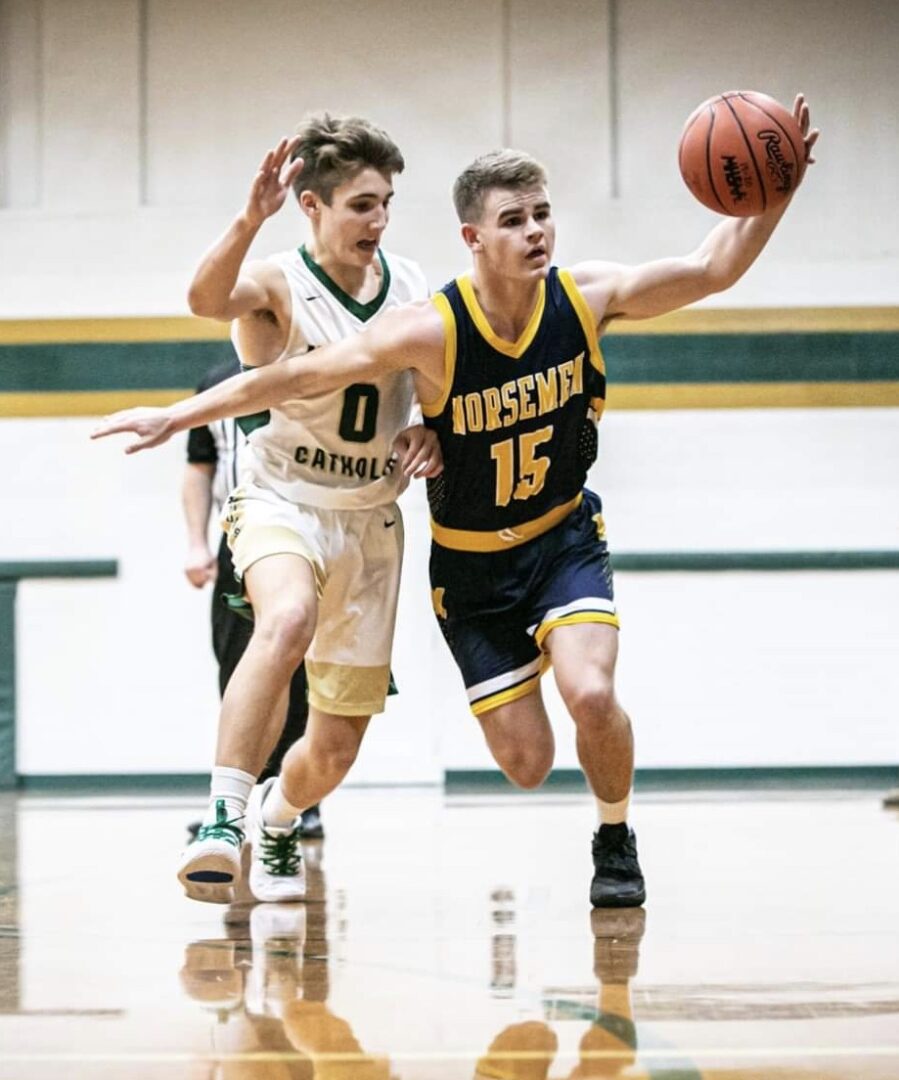 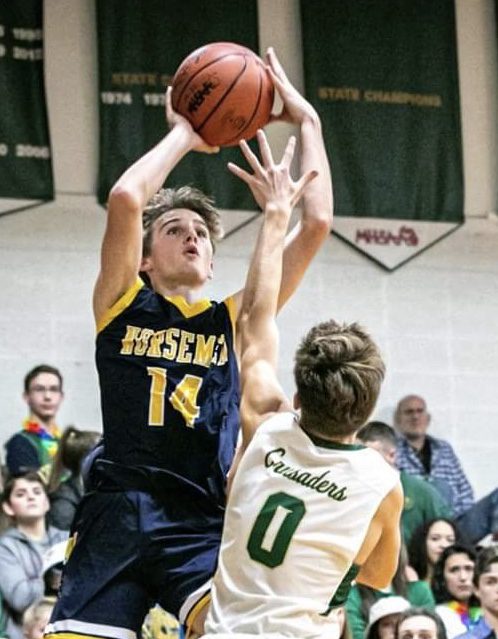 Trevor Schultz goes up for the Norse. Photo/Tim Reilly 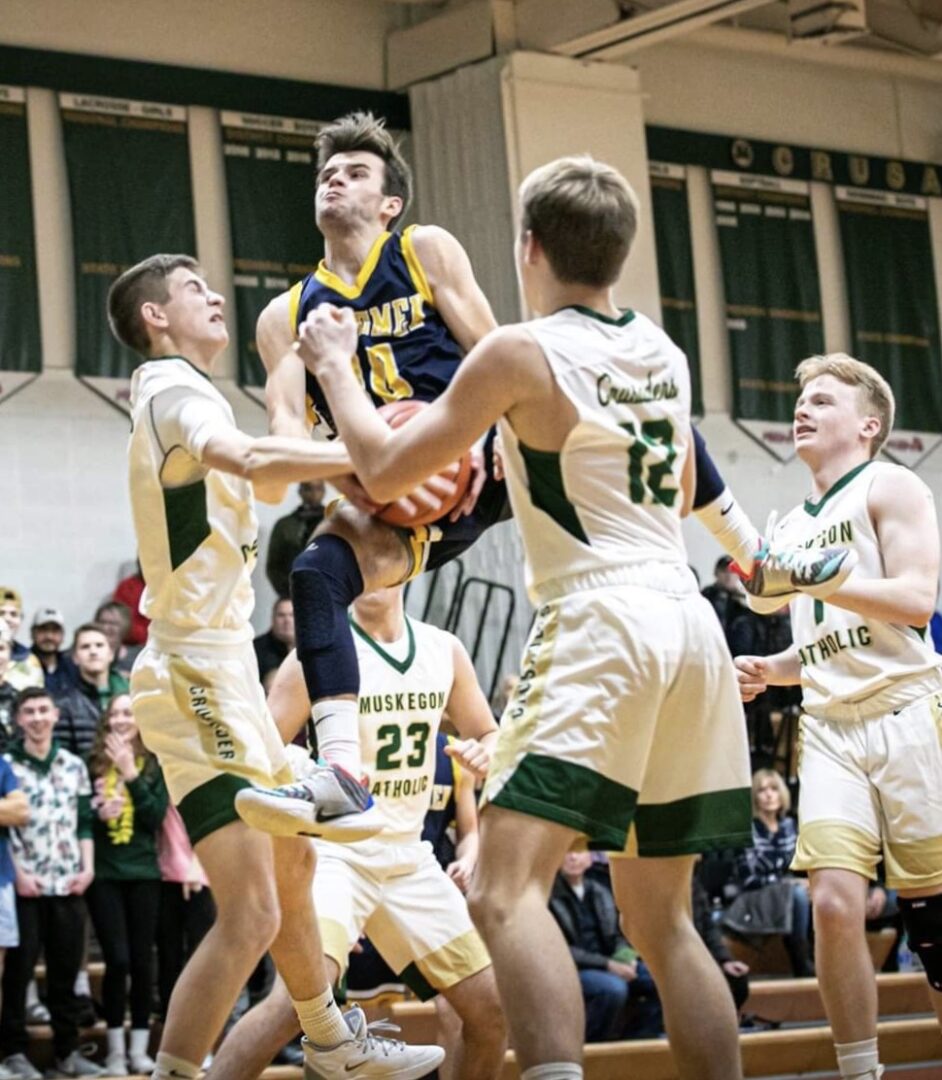