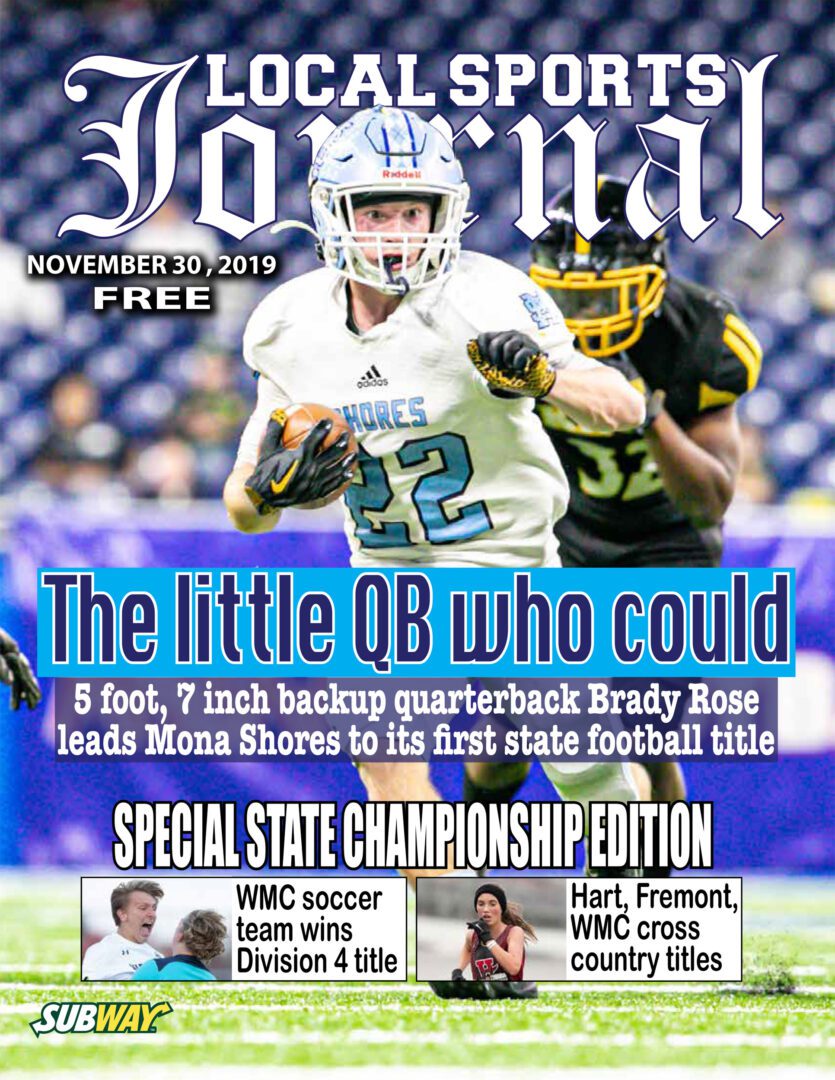 Click the above image for the special state championship magazine edition. Photo/Tim Reilly

The Mona Shores Sailors, led by an amazing performance by backup quarterback Brady Rose, stunned everyone by capturing a Division 2 state championship with a victory over favored Detroit Martin Luther King last Friday at Ford Field.

It was the first state football title in school history.

The special State Championship edition of the Local Sports Journal magazine documents the Sailors’ magic season – from the early loss to Rockford and the devastating defeat against Muskegon – to the inspired run in the playoffs that featured a trio of heart-stopping victories. Look for Brady Rose on the cover!

Area fans can pick up copies of the special edition at the following outlets (list to be updated):

A year after being fourth best on his team, Mona Shores’ Mitch White could be ready to contend for state golf honors