NORTON SHORES – Depth is frequently an issue for small school basketball teams, and that’s definitely the case for the Western Michigan 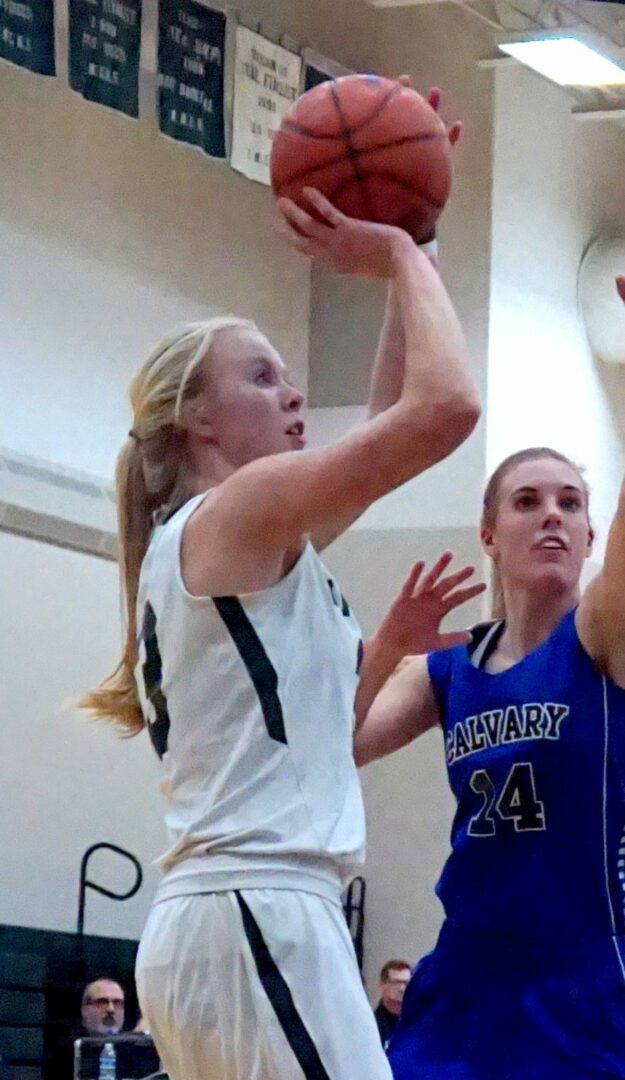 WMCs Taylor Folkem goes up for the shot near the lane. Photo/Leo Valdez

The Warriors opened the season with only eight players on their roster, meaning fatigue and foul trouble can turn into problems very quickly.

But the Warriors also have one big advantage, so to speak – four players who are 5’9’ or taller, with three listed as six-footers.

WMC employed that height advantage against Fruitport Calvary Christian on Tuesday, getting a lot of offensive rebounds and putbacks, particularly in the second half, in an impressive 50-29 opening-night win on its home court.

Warriors head coach Jeremy Goorman said the size of his team will give a lot of opponents fits this year, even as his squad deals with the challenge of having a short bench and limited depth.

“The way they all can handle the boards gives us a pretty nice advantage this year,” said Goorman, whose team had a 35-24 overall rebounding advantage.

On paper, the game seemed like a premier matchup between two teams that had great seasons in 2918-19. WMC was 17-4 and tied for the championship in the Lakes 8 Conference, while Fruitport Calvary Christian was 20-6, won the Alliance League title, and advanced all the way to the Division 4 state quarterfinals.

It started out pretty close, with neither team gaining much of an edge in the first quarter, and the Warriors leading 8-7 at the buzzer.

But WMC got its offense clicking in the second quarter, opening with a 9-1 run and taking a 21-10 lead into halftime. 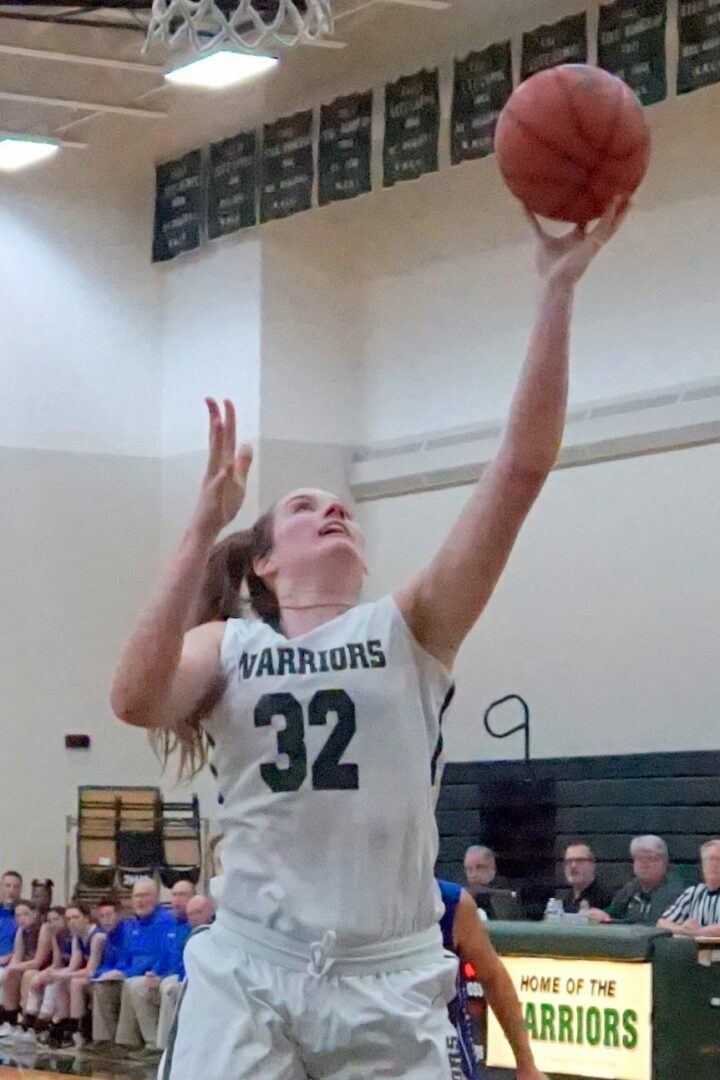 Kyla Wiermema goes up for a layup for WMC. Photo/Leo Valdez

“They get after you and make you work,” said Fruitport Calvary Coach Brad Richards. “We’re not a very small team by any means, but going out there against WMC, they really make us look small. Credit to them for fighting all night.”

The Warriors started to pull away in the third quarter, outscoring the Eagles 15-6 to take a 35-16 advantage into the fourth.

The Eagles’ offense started to come alive in the final quarter, tallying a game-high 11 points, but it wasn’t nearly enough to keep the Warriors from cruising to the win.

Taylor Folkema led the Warriors with 19 points, 10 rebounds and eight steals while Kyla Wiersema had a solid varsity debut, tallying a double-double of her own with 11 points and 10 rebounds.

Even with the solid offensive output, Coach Goorman says there are some areas where his team needs to improve.

“Our outside shooting needs to get better,” he said. “We’re clearly strong down in the paint, we just need to be able to knock down a few more shots from the perimeter.”

For the Eagles, McKena Wilson was the leading scorer with nine points, Richards added eight and Cammenga totaled seven points and six rebounds. 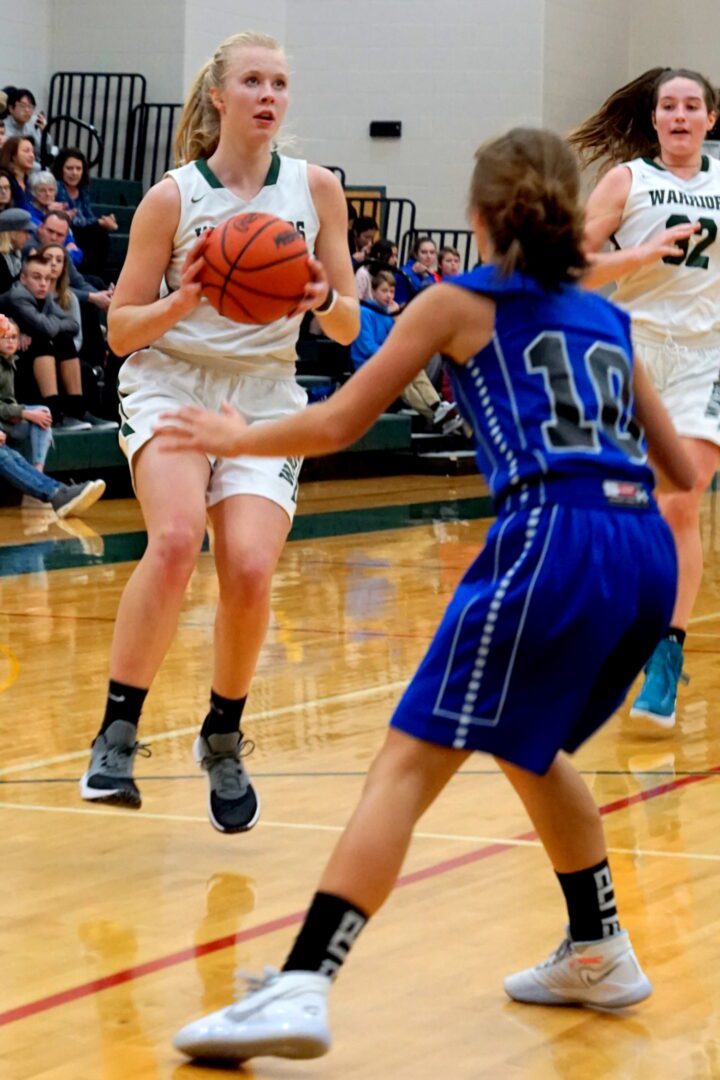 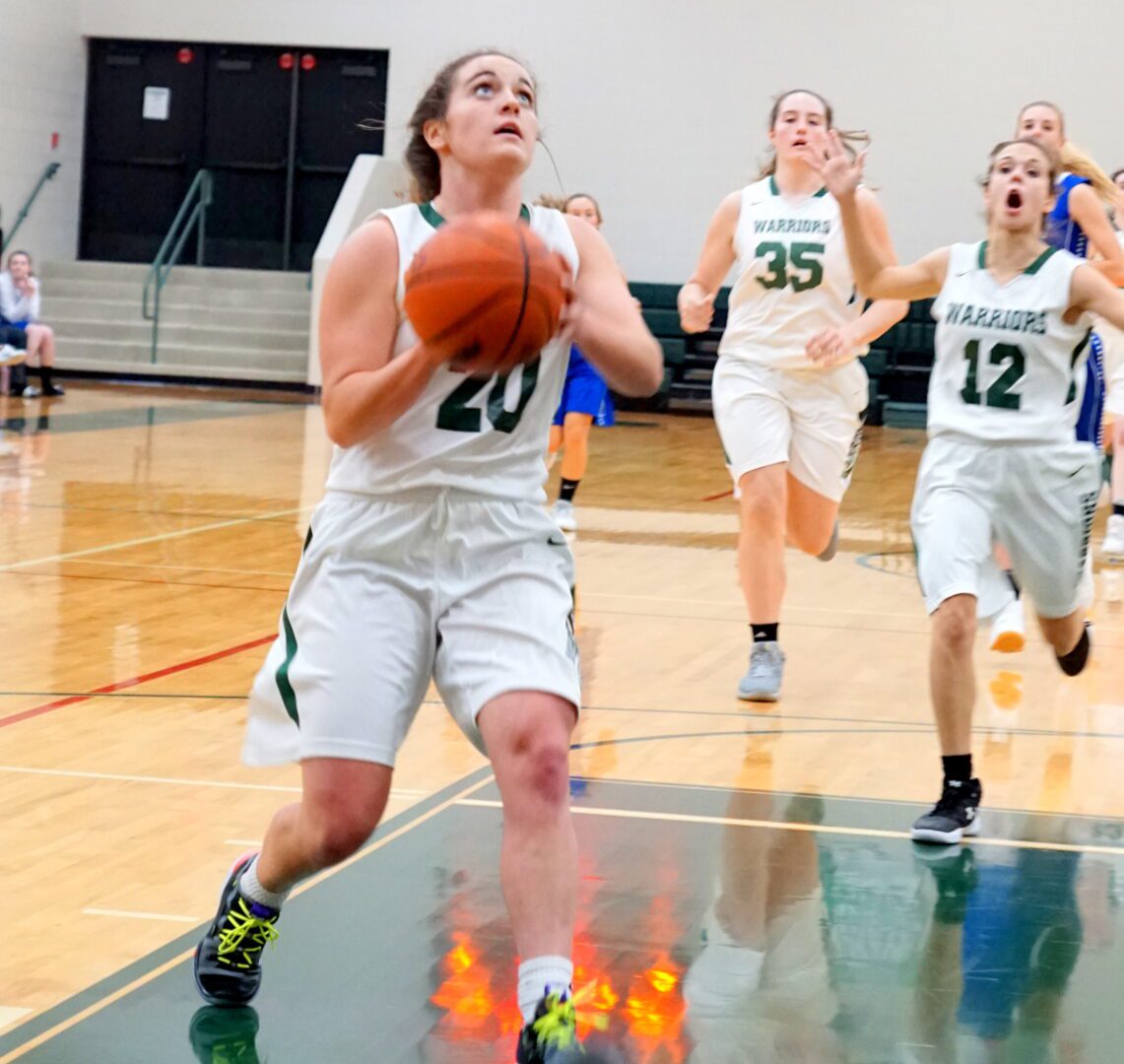 WMCs Kelscea Waller goes up for a layup. Photo/Leo Valdez 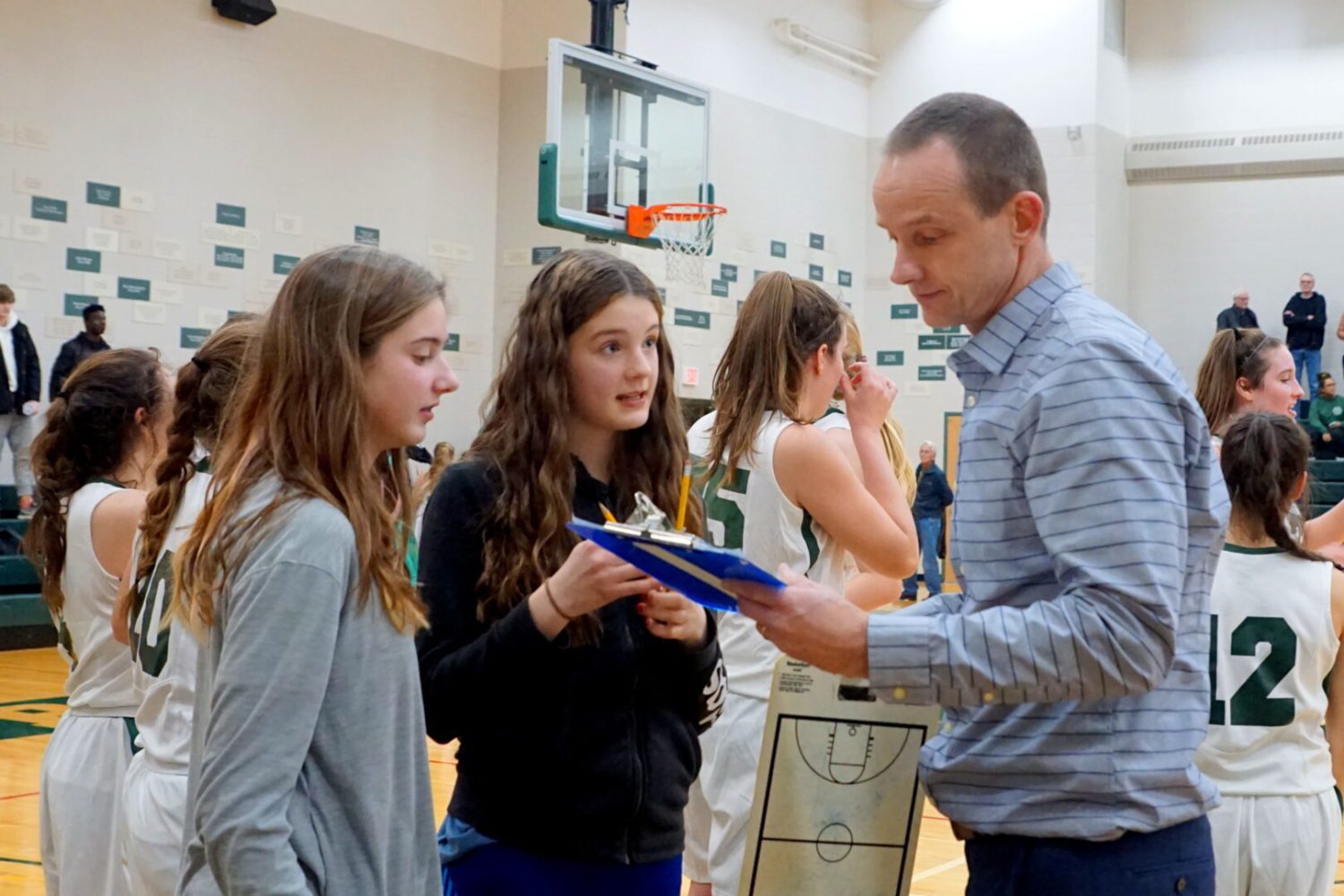 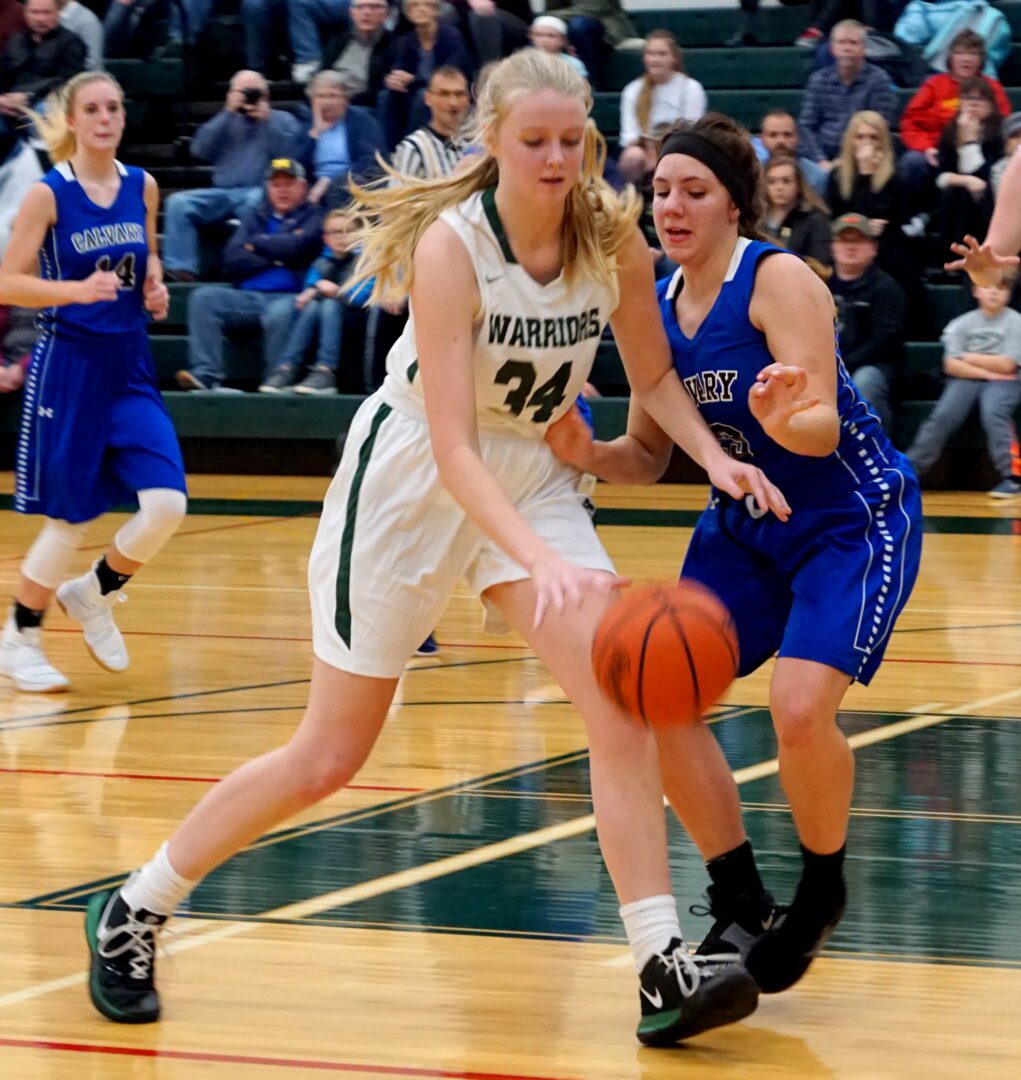 Greta VanderHeide looks to drive in the lane for WMC. Photo/Leo Valdez 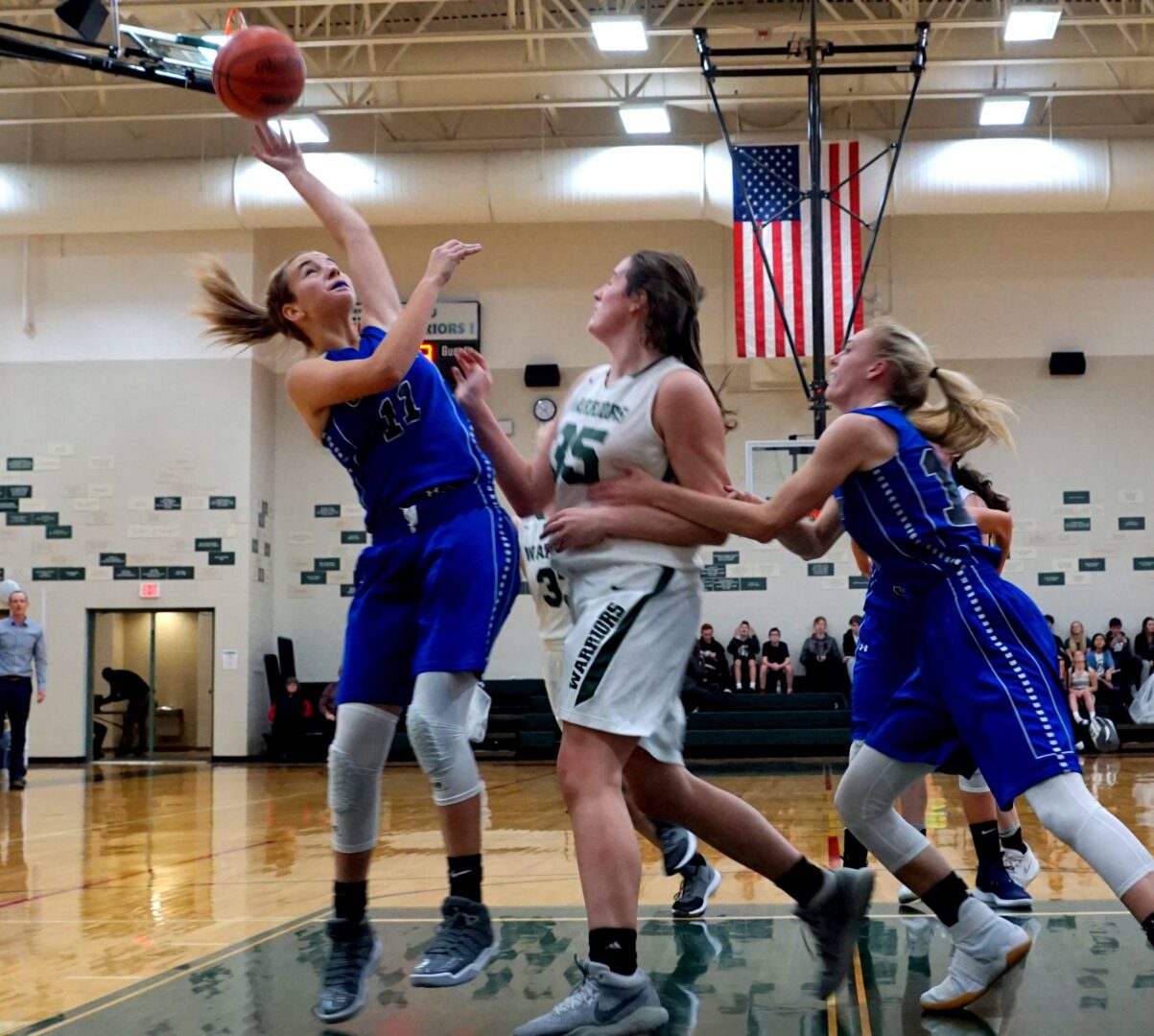 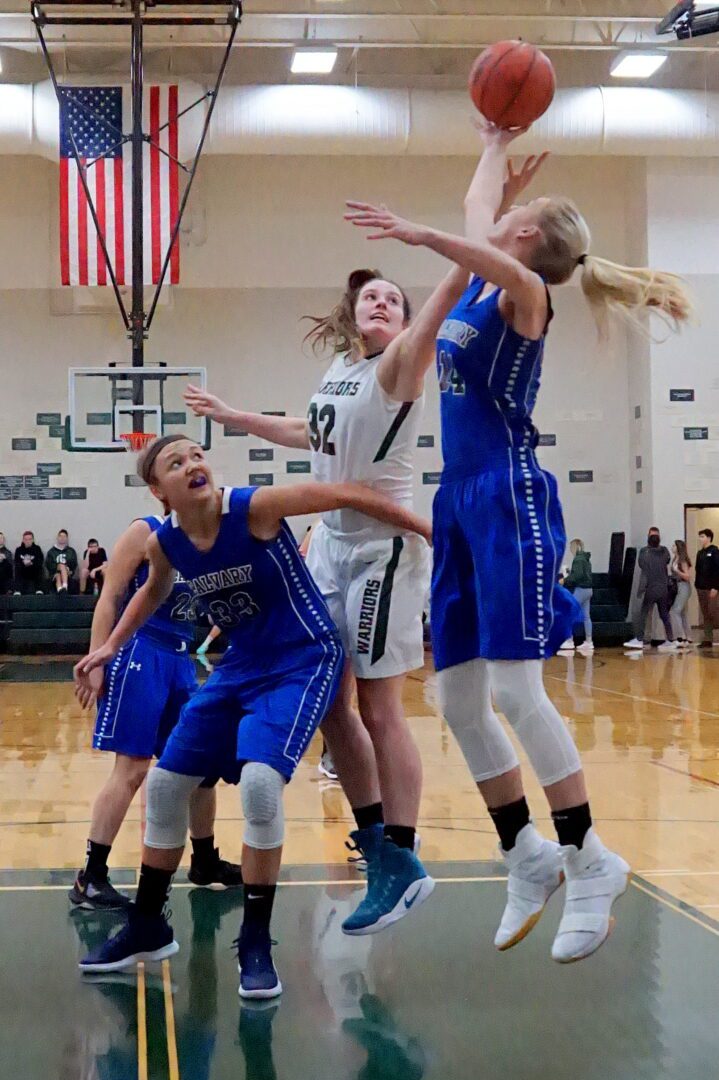 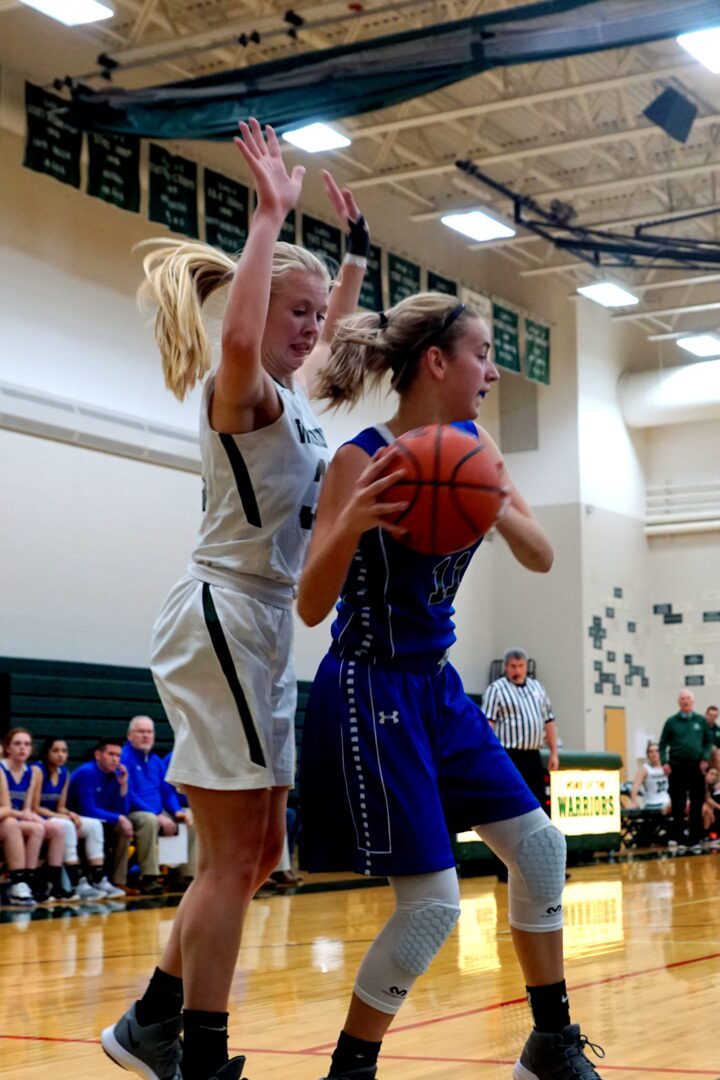 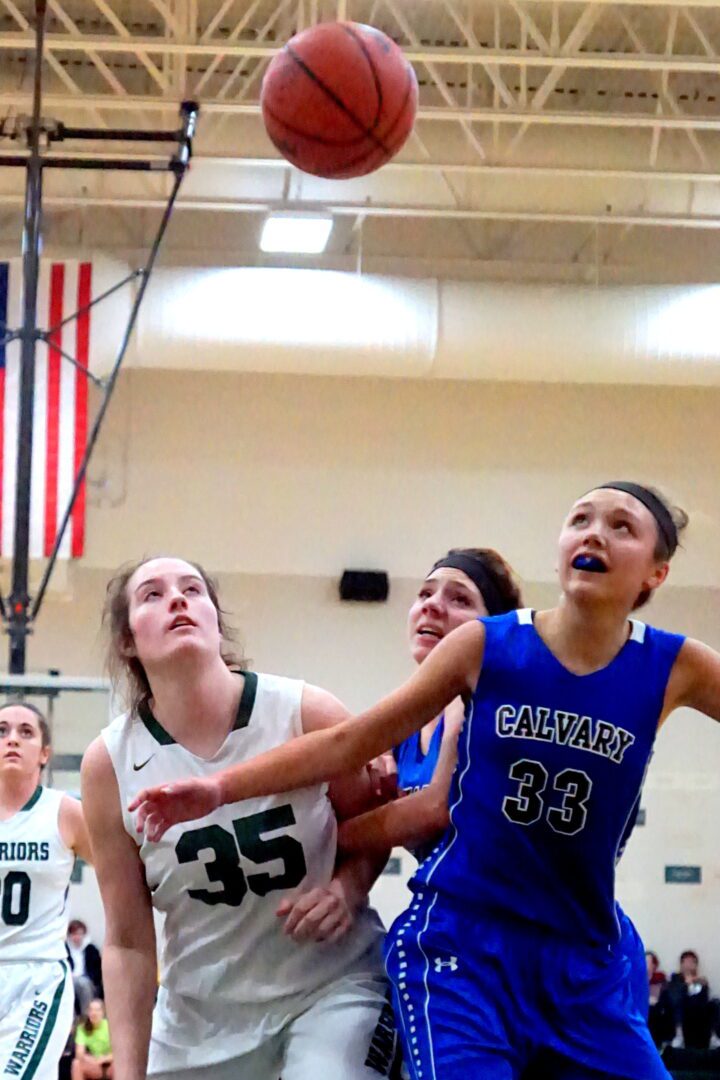 Kelsey Richards gets in front of WMC sophomore No. 32 Kyla Wiersema. Photo/Leo Valdez