NORTON SHORES – Early in the season, coaches take a good long look at their teams to determine what

flaws need to be addressed. 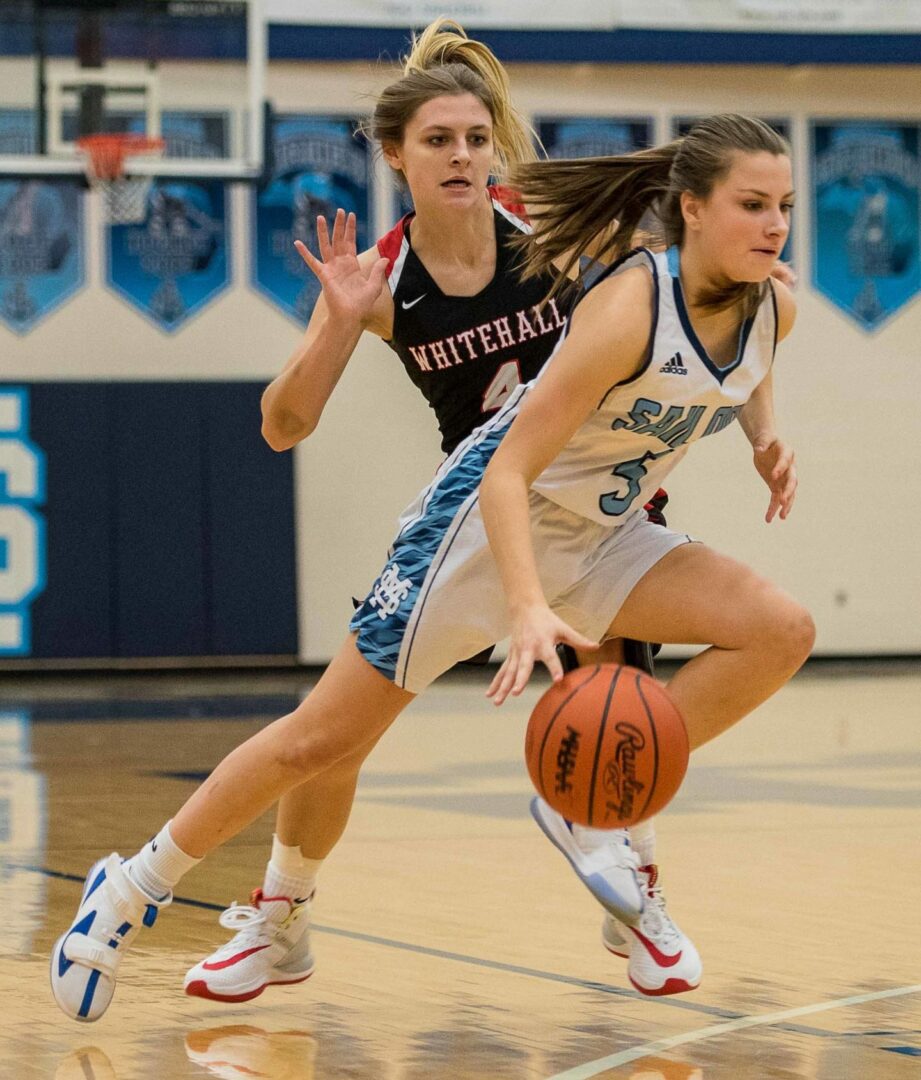 For the Mona Shores girls basketball squad, it’s mostly about a general lack of experience. The Sailors have four seniors on the roster, but just one who got major minutes on Tuesday.

So it’s a bonus when the young players manage gut it out and find a way to win while they learn and improve, and Mona Shores did just that in a 49-41 non-conference win over Whitehall.

“We’re a pretty young squad, but they’re all buying in and working hard,” said Mona Shores Coach Mike Phillips, whose team improved to 2-1 on the season. “There are going to be growing pains all season, but right now I like the way they are looking.”

A diamond-and-one press defense was effective for Mona Shores early on, causing five first-quarter turnovers for the Vikings. But the Sailors were unable to take advantage of those extra possessions, and the score was knotted 10-10 at the first buzzer.

The Sailor offense came out firing in the second quarter, opening with an 8-3 run to take an 18-13 lead.

Whitehall scored six points in under a minute to cut the Sailor lead to one point, then Mona Shores  scored on its final two possessions to take a 27-23 lead into the half.

The Sailors opened the second half with a 12-6 run and led 42-33 after three quarters.

The Vikings turned it up a notch on defense in the fourth quarter, forcing six turnovers in the first five minutes. That sparked an 8-2 run and cut the Mona Shores lead to 44-39 with just under three minutes to play. 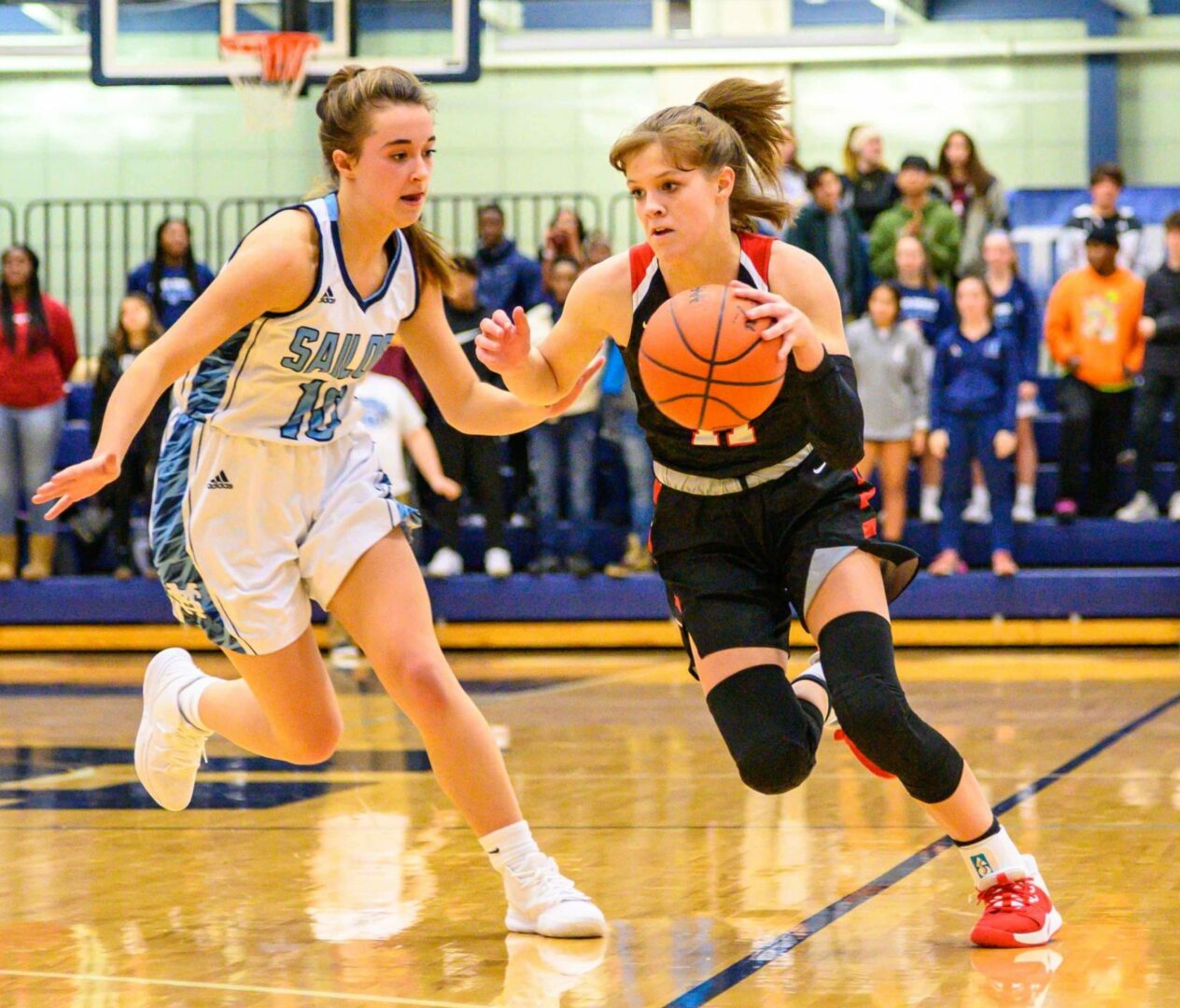 The Sailors only scored five points in the final three minutes, but Whitehall could only muster two, and the home team held on for the victory.

“You could see tonight late we started turning the ball over, and were getting too excited and too quick at times,” Phillips said. “I want us to play an up-tempo game, but we can’t force it when it’s not there, and that’s really where I’d like to see some improvement.”

Whitehall fell to 0-3 on the season, but Coach Derek Westerlund is not ready to press the panic button.

“We’re young so the turnovers will start to come down,” Westerlund said. “And we’re getting open looks so we just have to make them. That’s the biggest thing, knocking down the open shots.”

Karoline Glamzi led the Vikings with 11 points and five rebounds while Karleigh Jeffries added 10 points. Rileigh Thommen was active on the defensive end with three steals and two blocks. 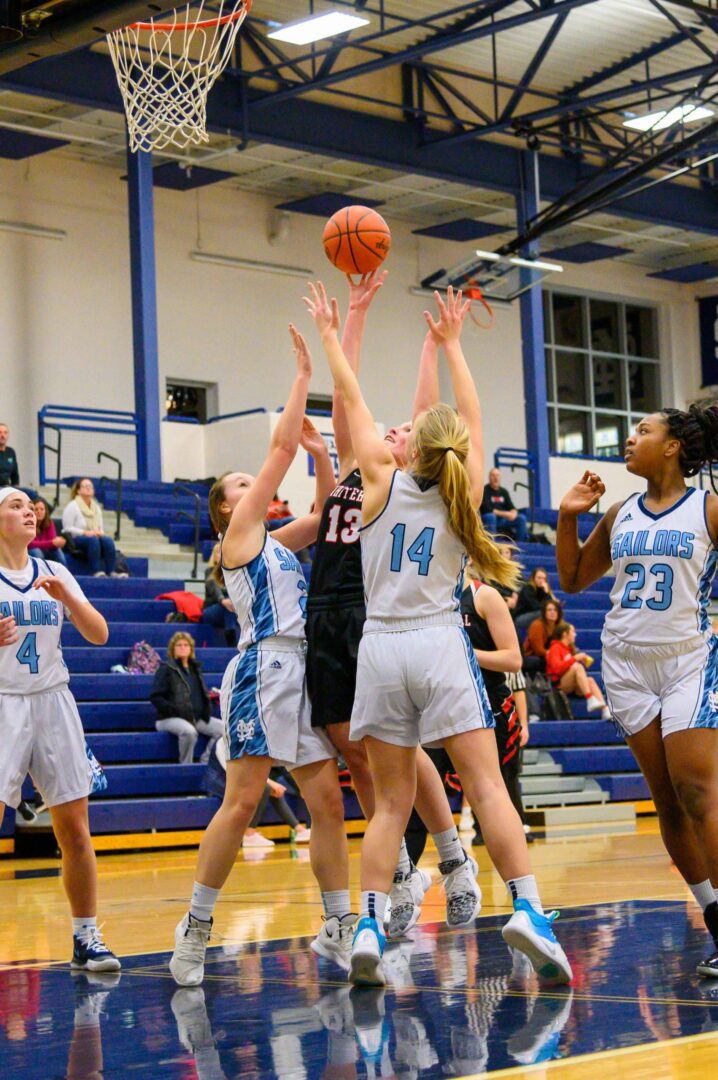 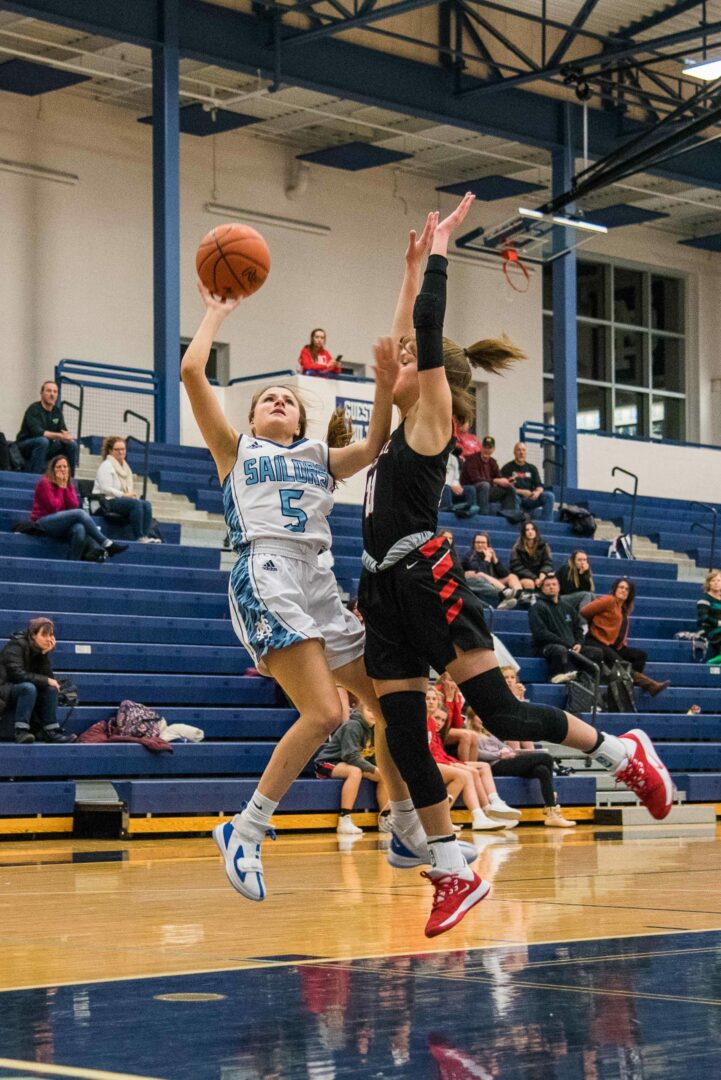 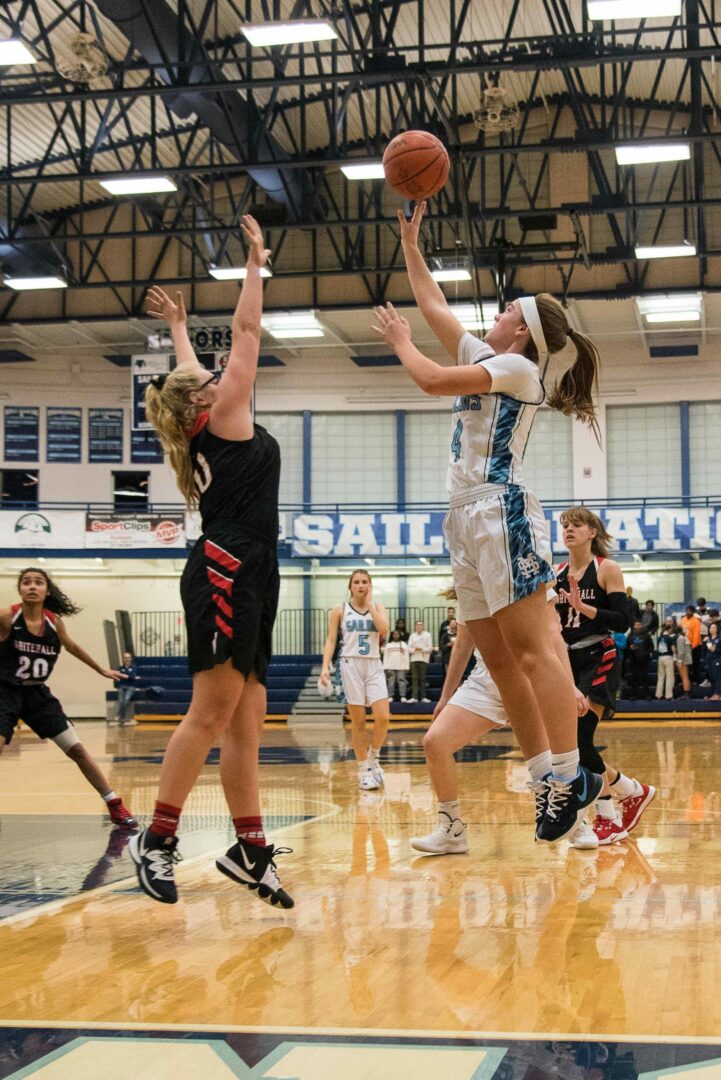 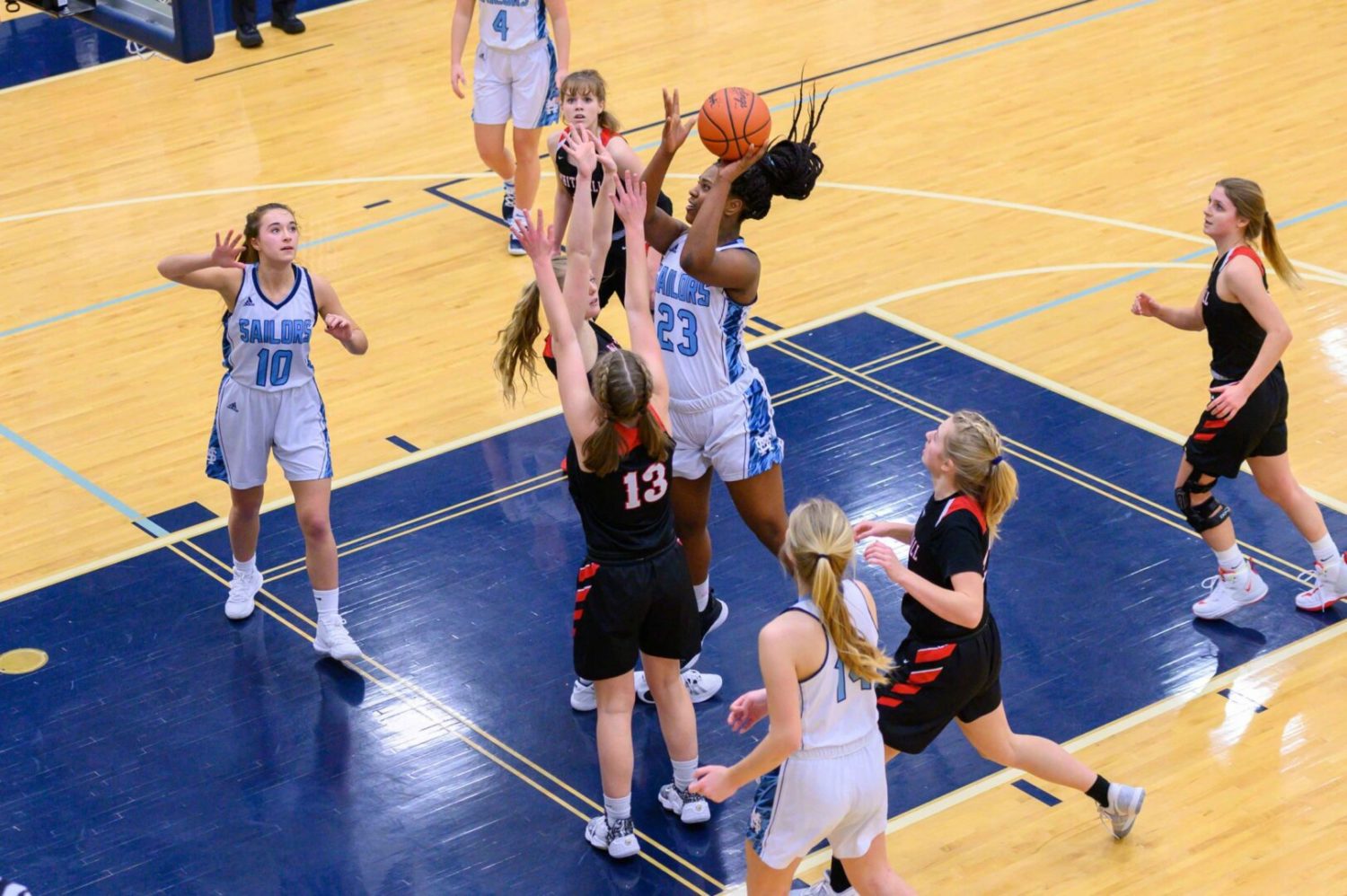 Brooklyn McLemore puts up the shot down the lane for the Sailors. Photo/Eric Sturr