MUSKEGON – In order to beat top teams, you can’t spot them points, which is exactly what the Muskegon Big Reds found out in a 60-50

loss to Chicago Currie, the number-one ranked team in Illinois, on Saturday. 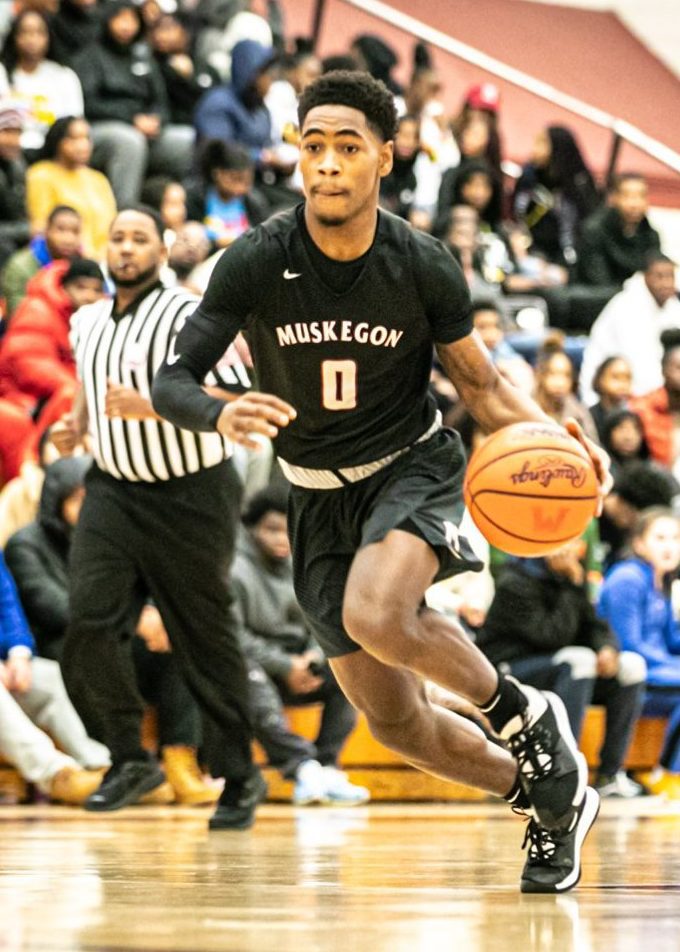 Vern Nash III pushes the ball up the floor for Muskegon. Photo/Tim Reilly

The Big Reds started the nightcap of the Muskegon Basketball Showcase by allowing Chicago Currie to take a 9-0 lead, and never completely recovered.

“We can’t afford to spot a team like that,” said Muskegon head coach Keith Guy, whose team had sluggish starts in both halves. “We didn’t come out ready to play. We didn’t handle ourselves well. They did a good job of taking us out of things we wanted to do. But we came out later and made it a ball game.”

Muskegon didn’t get on the board until midway through the first quarter, when Jarvis Walker hit a two-pointer with 4:32 left on the clock.

The Big Reds cut into the Condors’ lead, eventually trailing just 16-11 after one quarter. Walker had five points in the opening eight minutes while Quenten Reynolds had four.

In the second quarter, Vern Nash scored all seven of his points in the game, helping the Big Reds enter the locker room with only a 23-20 deficit.

But in the third quarter, the Big Reds once again struggled to get going.

The teams traded baskets throughout the remainder of the third quarter, giving Chicago Currie a 42-31 lead headed into the final quarter. Walker led Muskegon with eight points in the quarter.

In the fourth quarter, Muskegon made a run, cutting the deficit to 52-48 with 1:32 remaining.

But the Big Reds turned the ball over three times over the final 92 seconds, while Chicago Currie went a perfect 8-for-8 from the free throw line, helping the Condors win 60-50.

Walker finished with 19 points to lead Muskegon while Reynolds  eight.

Chicago Currie was paced by Ramean Hinton with 22 points and Elijah Pickens with 13.

The Big Reds are now 2-1 on the season and will open up O-K Black Conference play on Friday, Guy is hopeful to have the team’s mistakes corrected when Muskegon hosts undefeated Grand Rapids Union.

“We’ll get better,” the coach said. “I told our guys to not put too much into this. We made some mistakes and it’s part of the process. We’ll be concerned if we see our mistakes here and don’t fix it.” 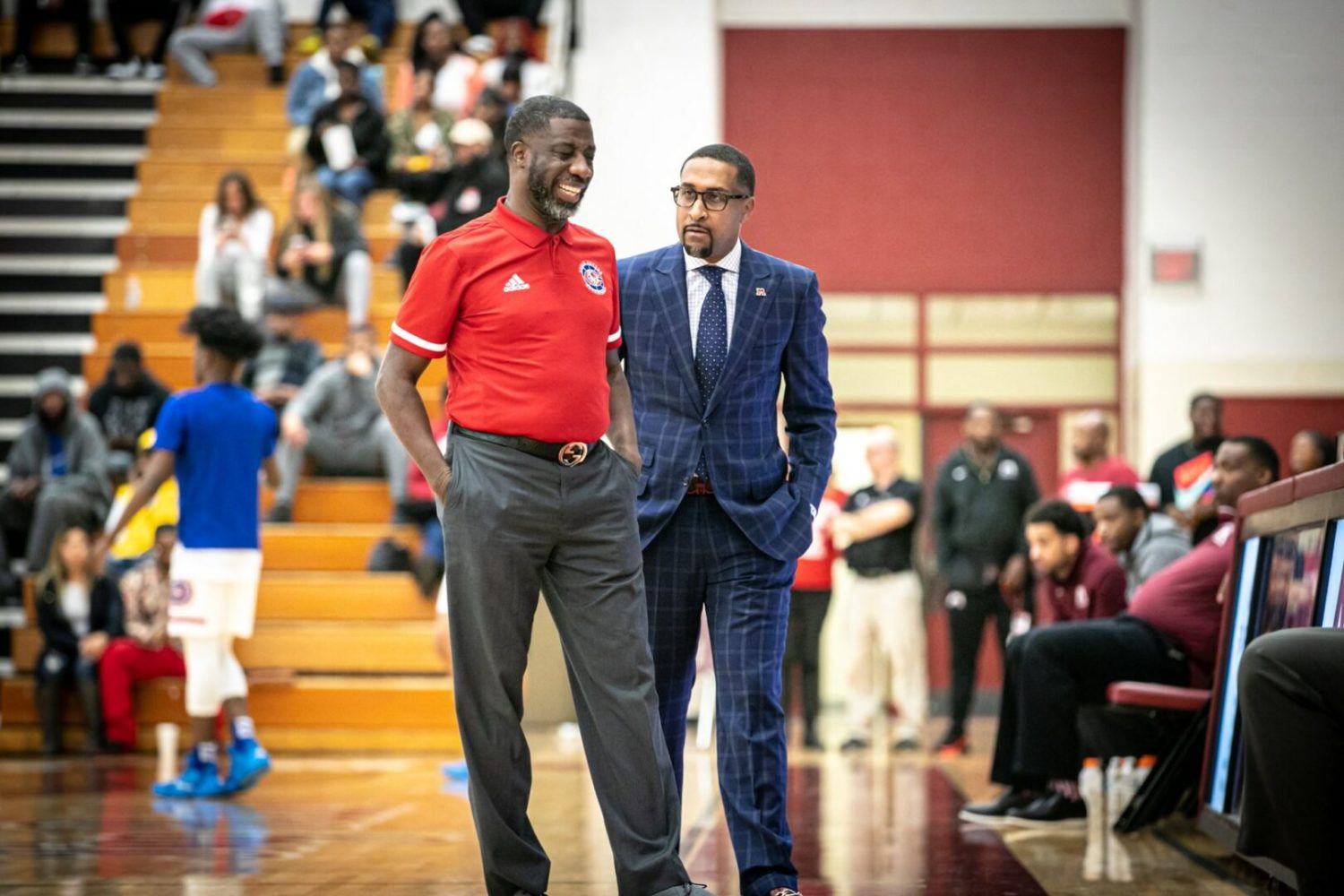 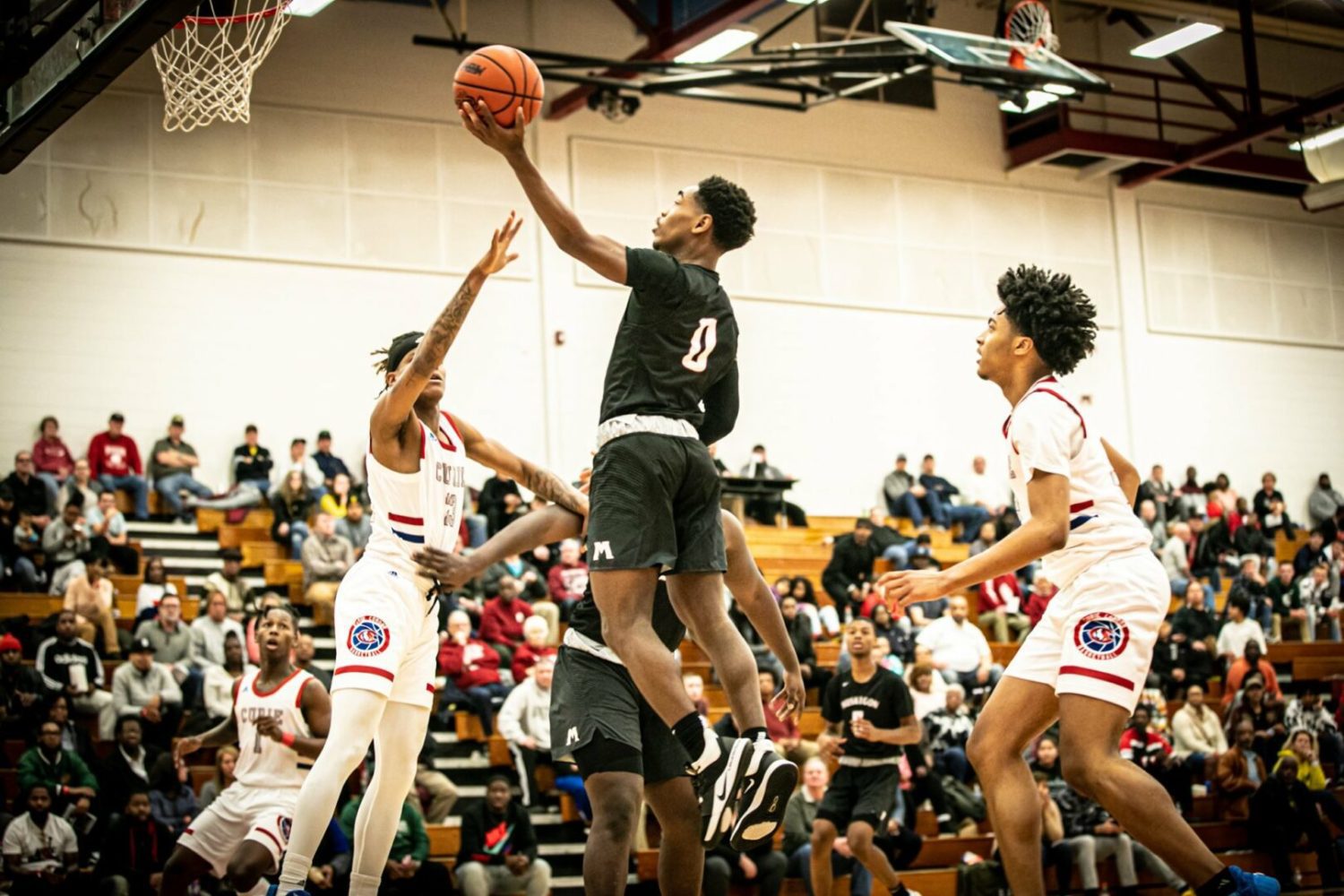 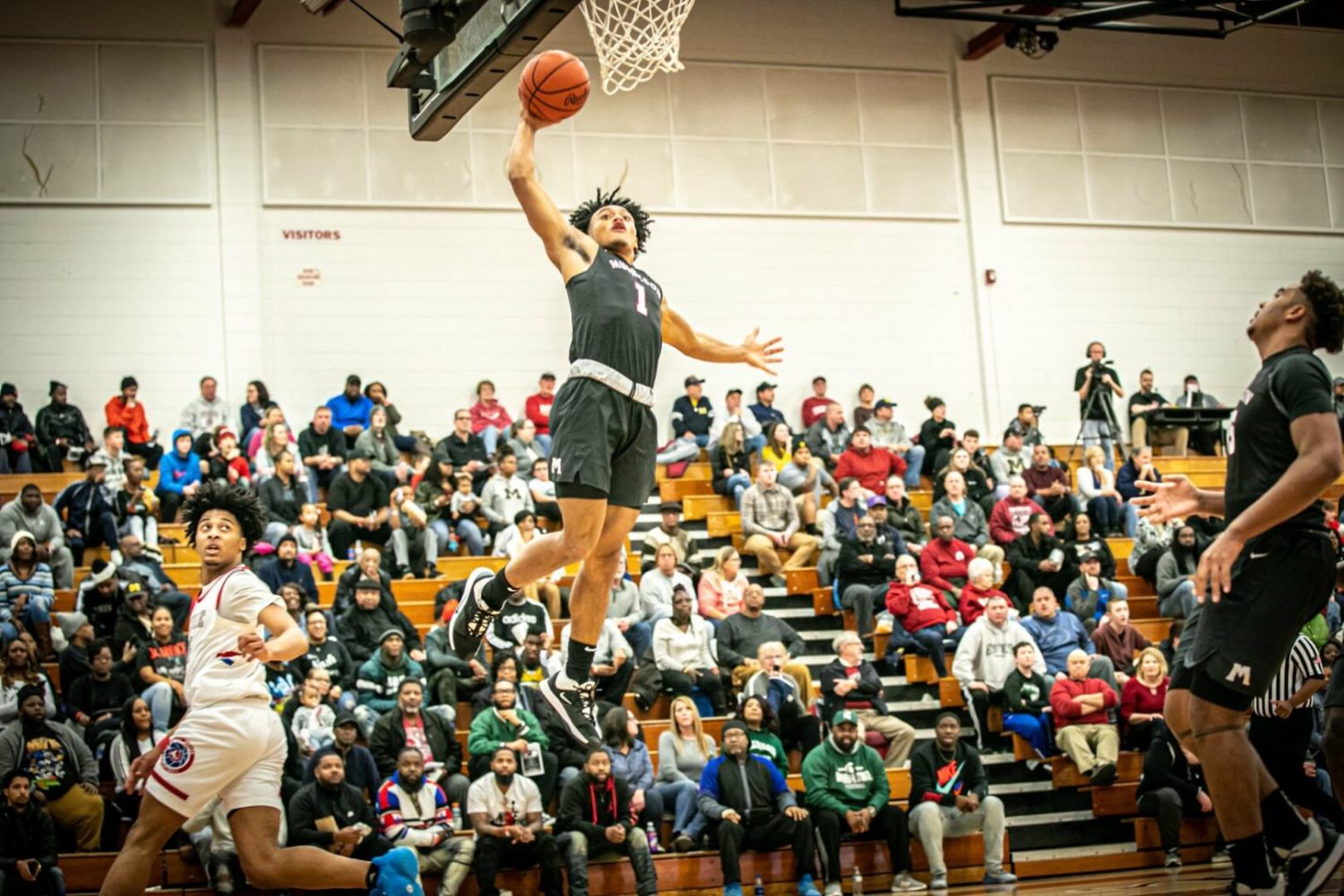 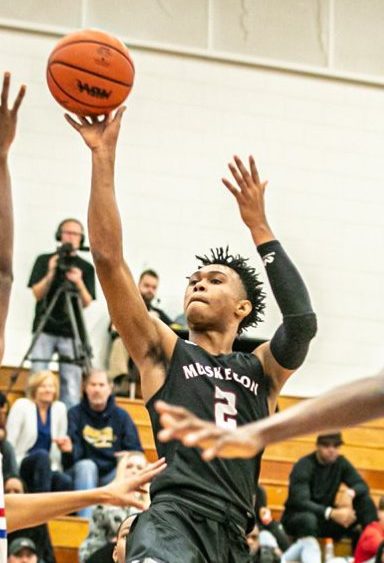 Zykier Davis goes up for a shot for the Big Reds. Photo/Tim Reilly 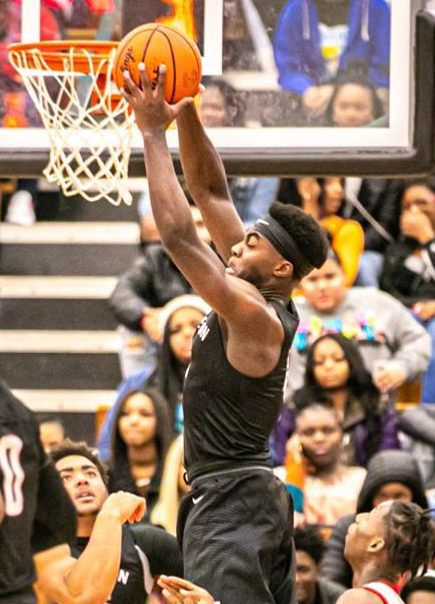 Muskegon senior Jarvis Walker gets up for a rebound. Photo/Tim Reilly 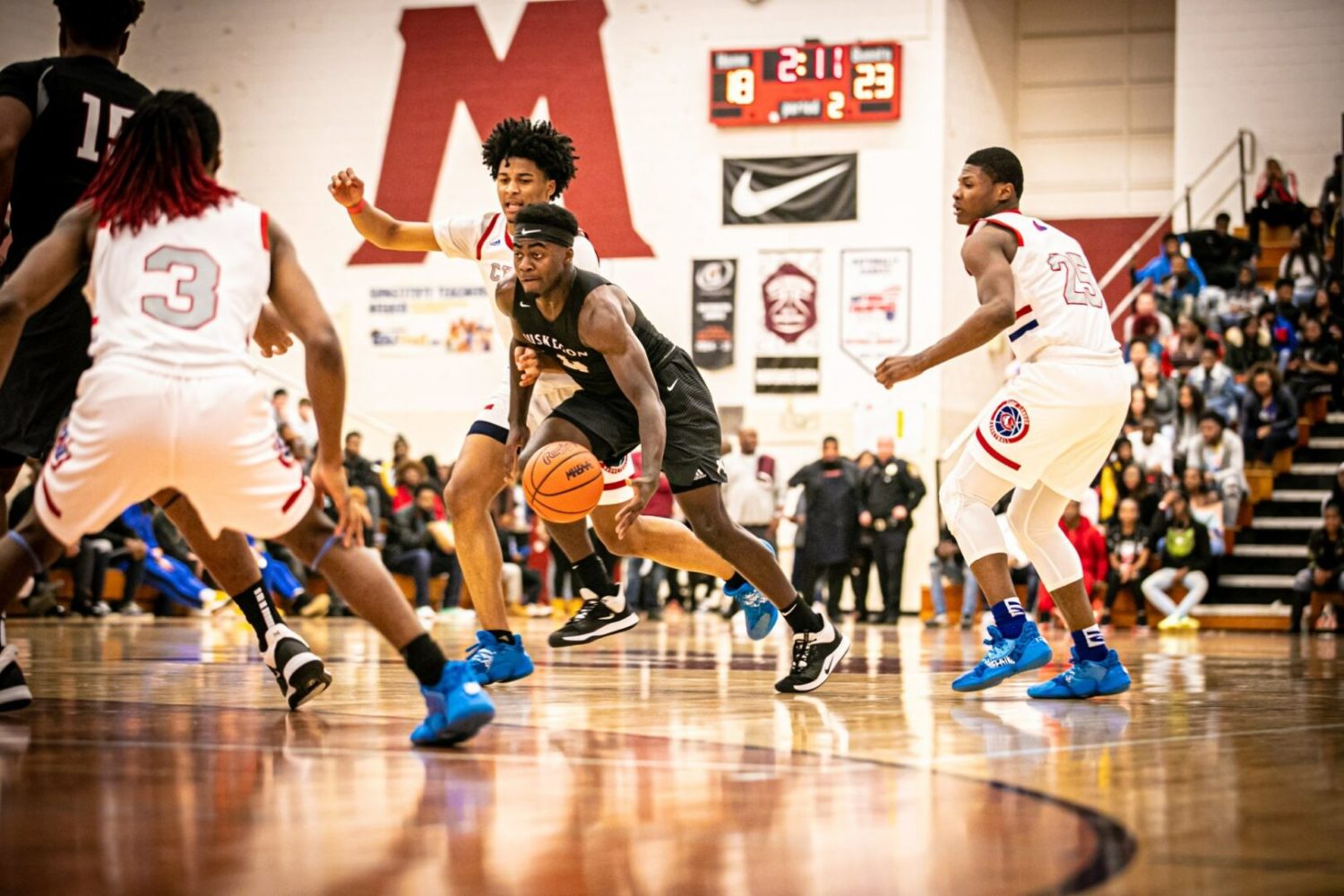 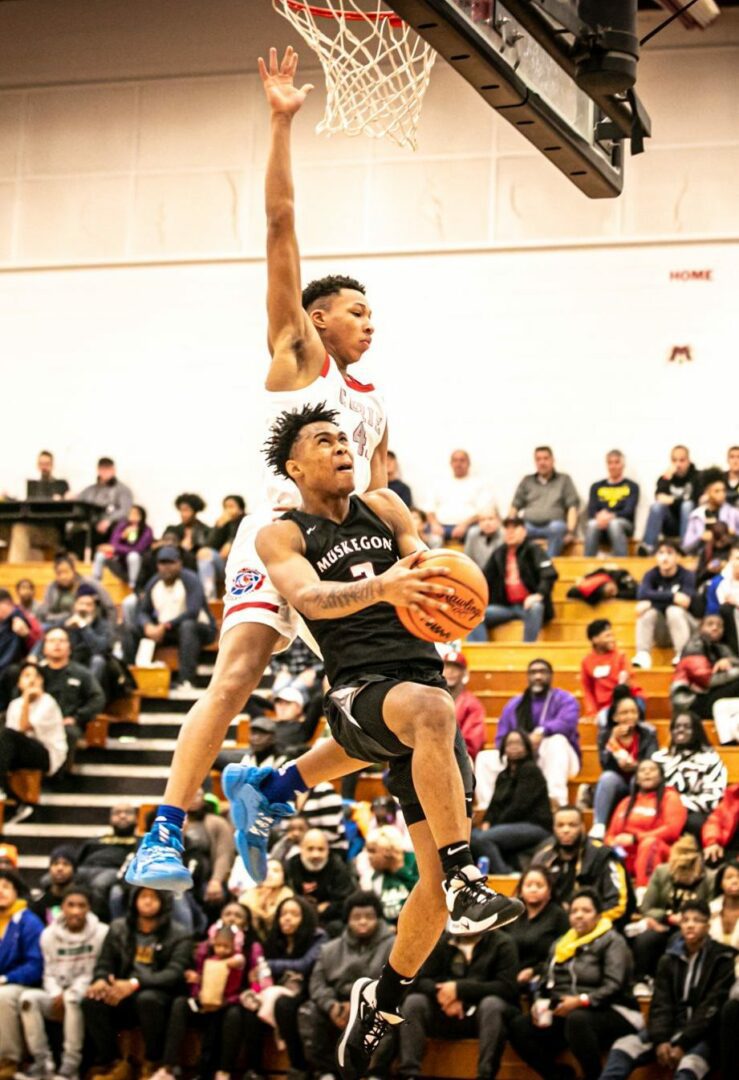 Zykier Davis scoops under to take a shot for Muskegon. Photo/Tim Reilly 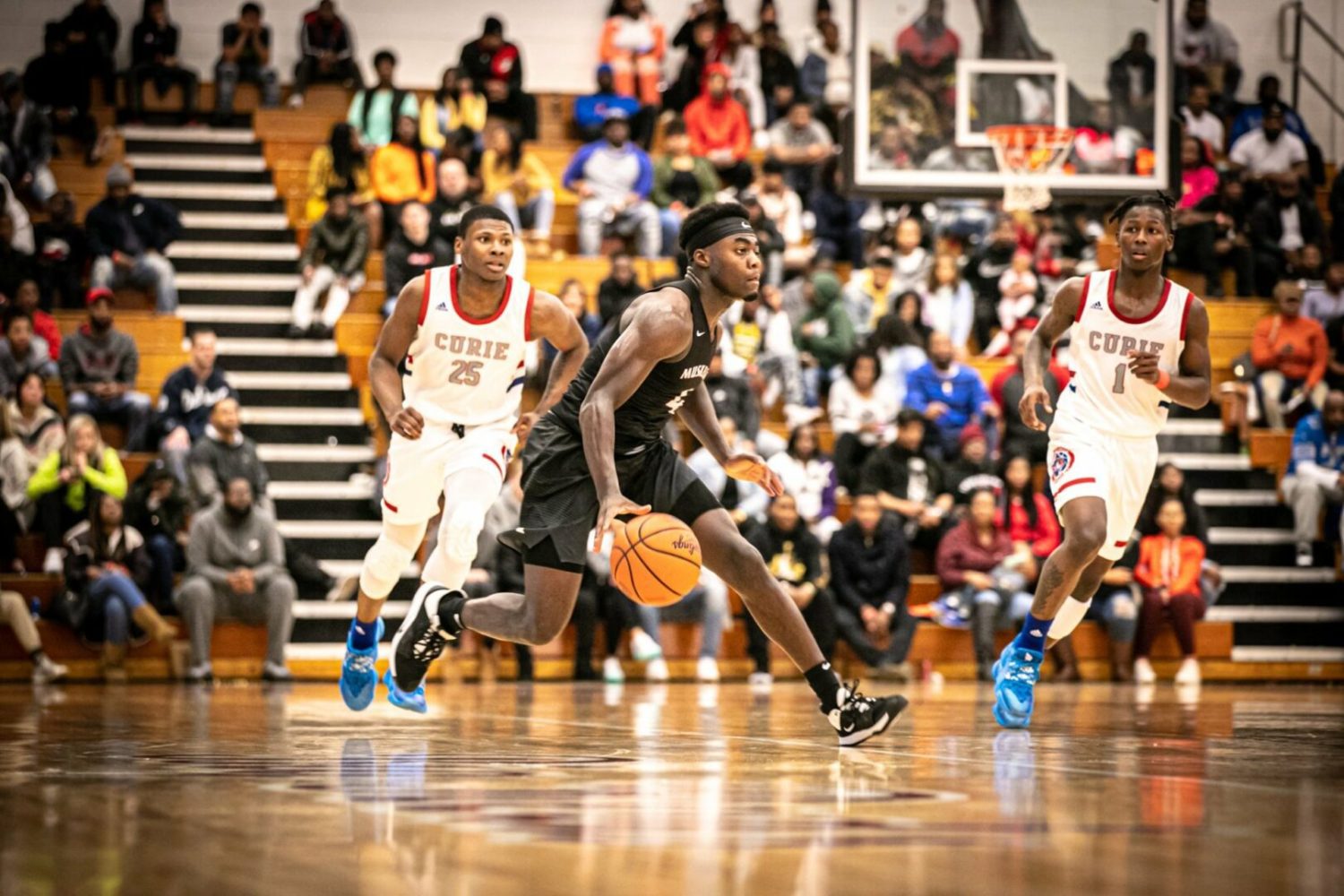 Jarvis Walker changes direction while taking the ball up for Muskegon. Photo/Tim Reilly 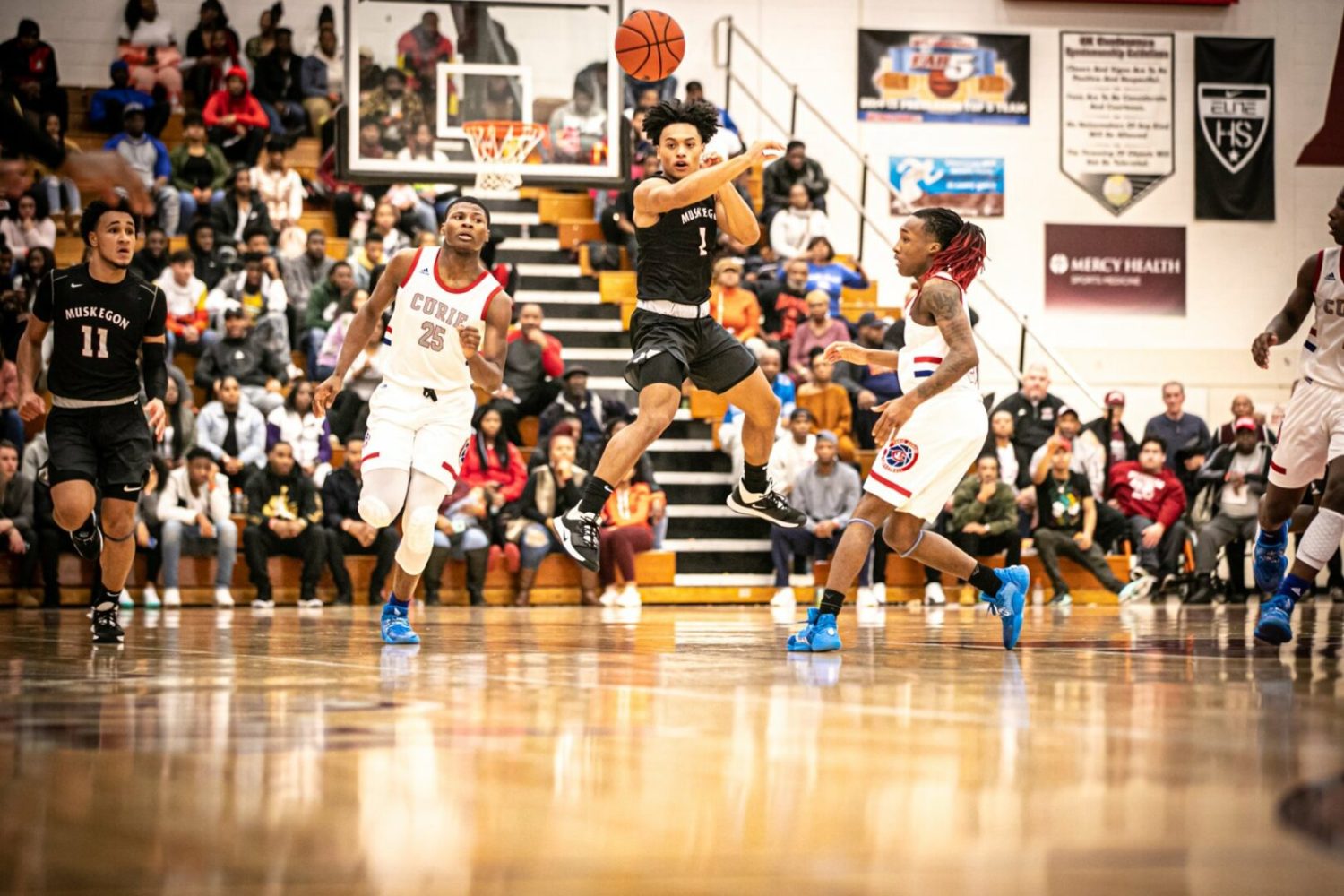 Cam Martinez makes a pass across the court for Muskegon. Photo/Tim Reilly 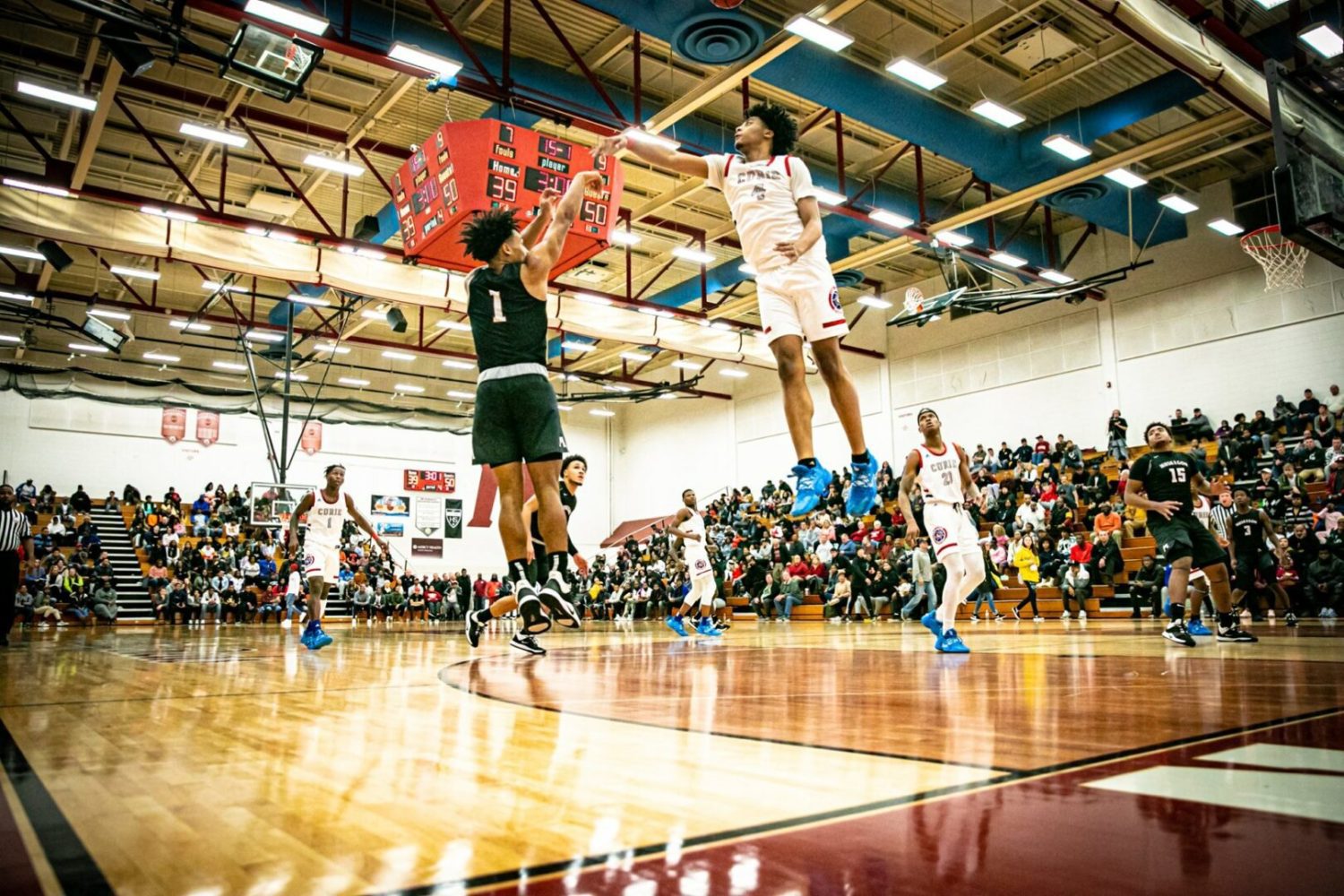 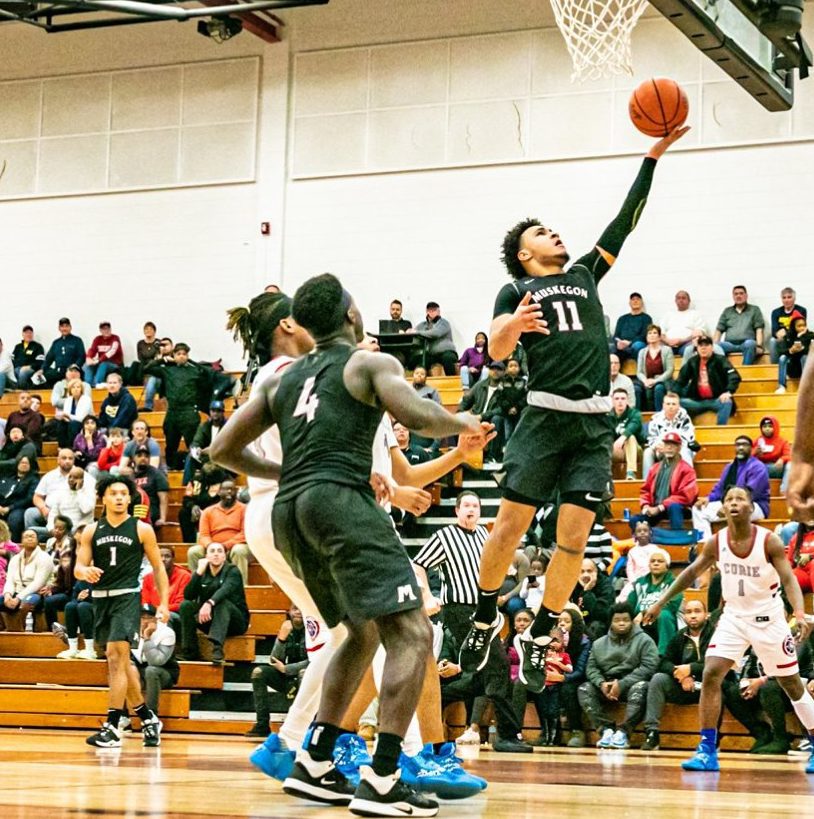 Quenten Reynolds goes up for a layup for the Big Reds. Photo/Tim Reilly 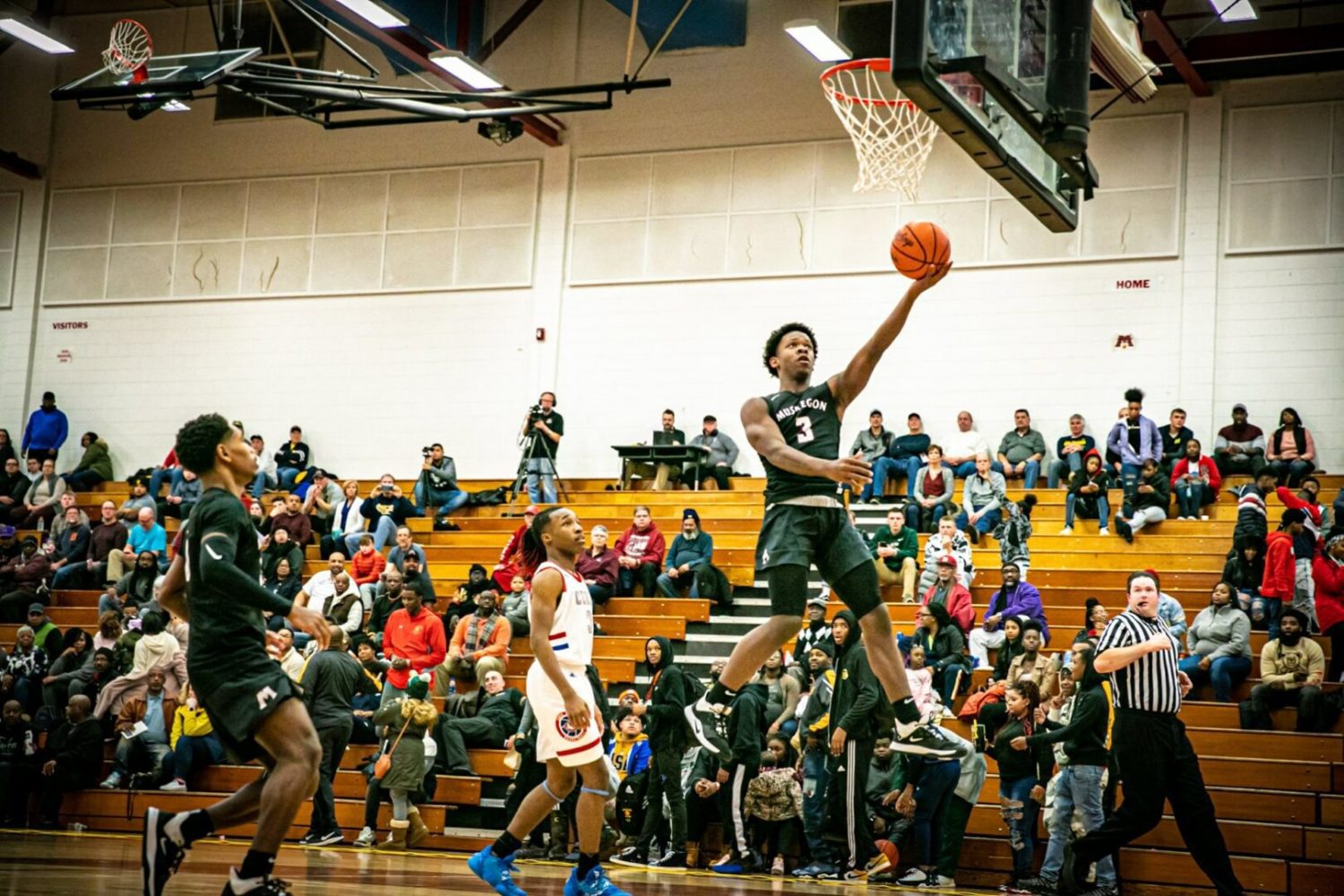 Samarri Knox lays the ball in for Muskegon. Photo/Tim Reilly