FRUITPORT TOWNSHIP – Putting opponents away late in games has been a problem for the Grand Haven hockey team this season.

But that certainly wasn’t the case on Wednesday. 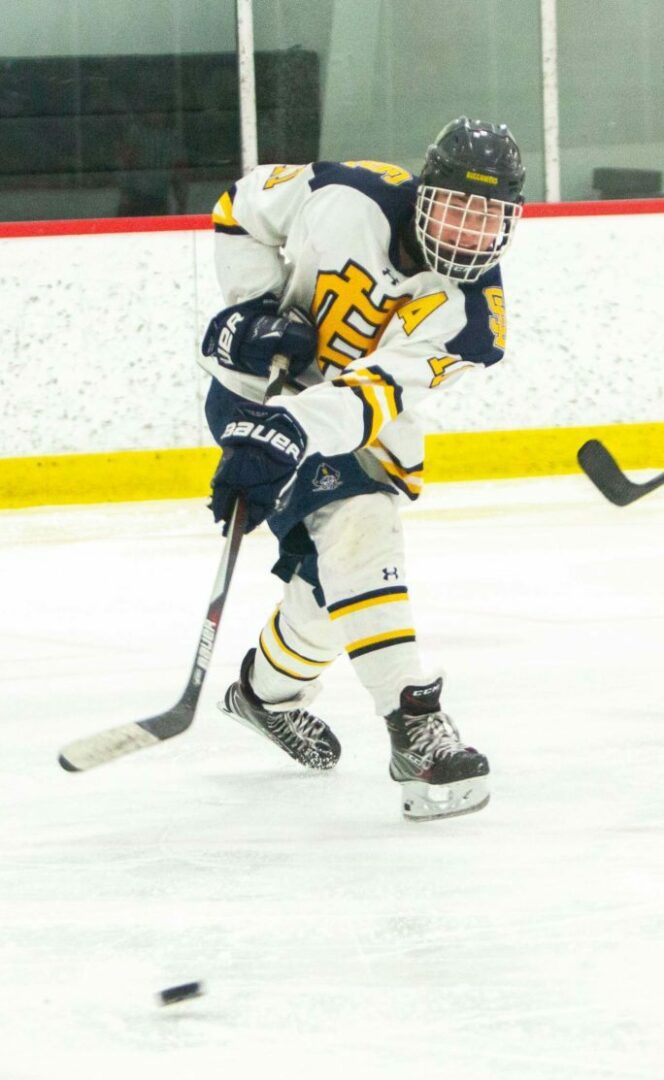 The host Buccaneers rallied for three goals in the final 3:56 of the game to pull out an exciting 5-3 victory over Hudsonville on Wednesday in the O-K Red Showcase at Lakeshore Sports Centre.

Grand Haven improved to 6-9 overall on the year, but more importantly 4-2 in conference play. The Bucs will continue Showcase play on Friday at 6 p.m. against Lowell or Caledonia at Georgetown Ice Center.

“The story of our season is not being able to finish games,” said Grand Haven Coach Keegan Ferris. “I can’t tell you how many games we lost because we gave up late goals. It’s something we’ve been working on, and being able to do it tonight is a great turn of events for us.”

The game was tied at 2-2 after two periods, then Hudsonville took a 3-2 lead on a Ryan Blackburn goal in the third period.

The slim lead remained in place until the Bucs’ Cooper Fox picked up a loose puck at the side of the Eagles net and slid it in to tie the game at 3-3 with 3:56 left on the clock.

The celebration was short-lived, however, because a Grand Haven tripping penalty 46 seconds later put Hudsonville on the power-play.

With the man advantage, the Eagles generated three quick shots on goal, but were turned away each time by Bucs goalie Aiden Steele.

Grand Haven was able to clear the puck to the Hudsonville end of the ice, where the Eagles promptly turned it over. Fox got the puck and passed to Braden Nielson in front of the net, and he scored the short-handed goal with 1:39 left that proved to be the game winner.

“Our penalty kill is pretty solid,” said Fox, who finished with three assists. “We were able to put a lot of pressure on them, and we ended up with the puck.” 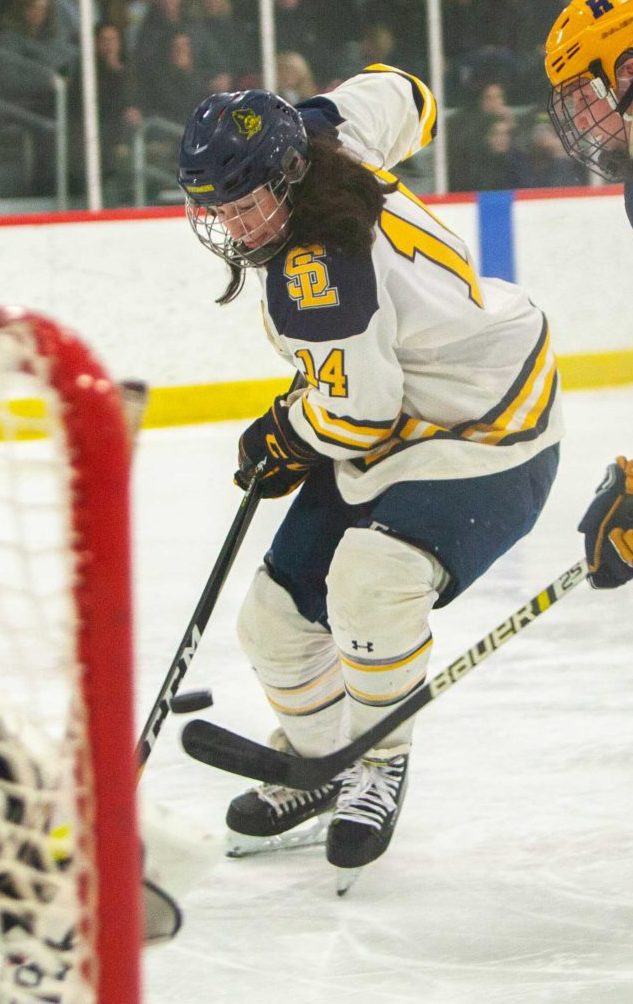 Hudsonville pulled it’s goalie to gain an extra skater after that goal, but the strategy backfired when Rey Buckingham scored an empty-net goal with 54 seconds remaining in the game.

The exciting finish proved to be the difference in what had been a very even game.

Hudsonville, which had a 15-5 shot advantage in the opening period, took a 1-0 lead on Drew Mulder’s goal just 3:24 into the game.

Grand Haven tied the score 1:58 later on a power-play goal from Tristen Goss.

The Bucs took a 2-1 lead with 4:55 left in the first on another power play goal, this time from Gavin Cunningham.

The Eagles drew even with just 36 seconds left in the first period when Bryce Ball tipped in a rebound.

Grand Haven was outshot on the night, 34-22, but managed to stay in the game due to Steele’s 31 saves.

Luke Rantanen had two assists for the Bucs while Mathieu VanLangevelde and Nielsen added single assists. 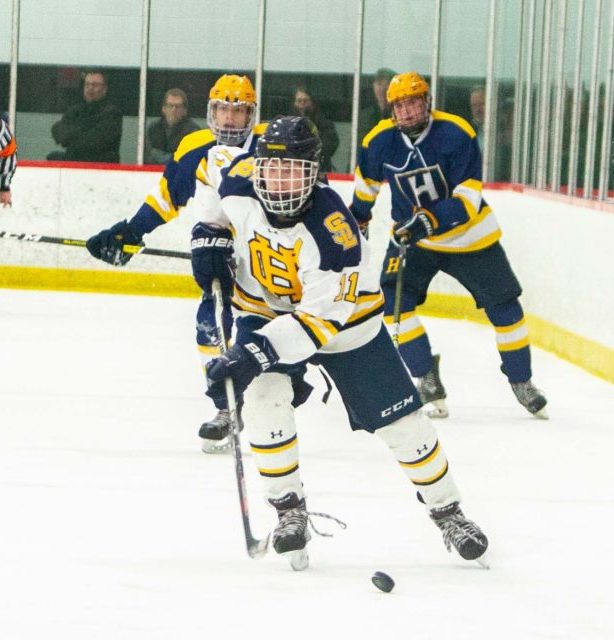 Cooper Fox pushes the puck up ice for an assist on a Grand Haven open-net goal. Photo/Jason Goorman 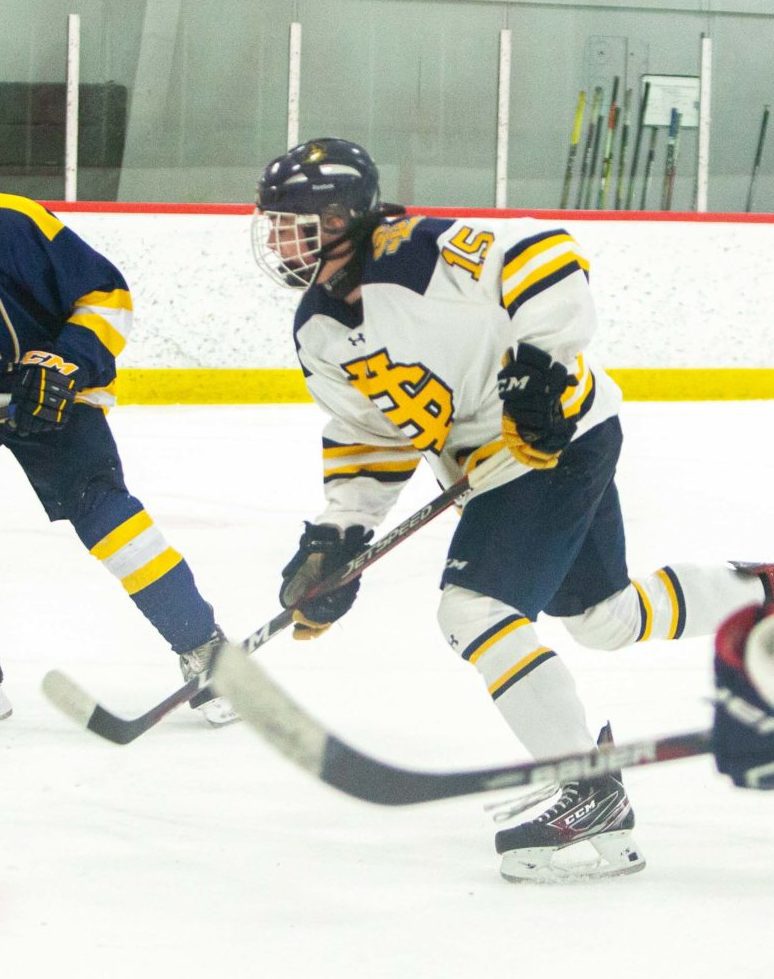 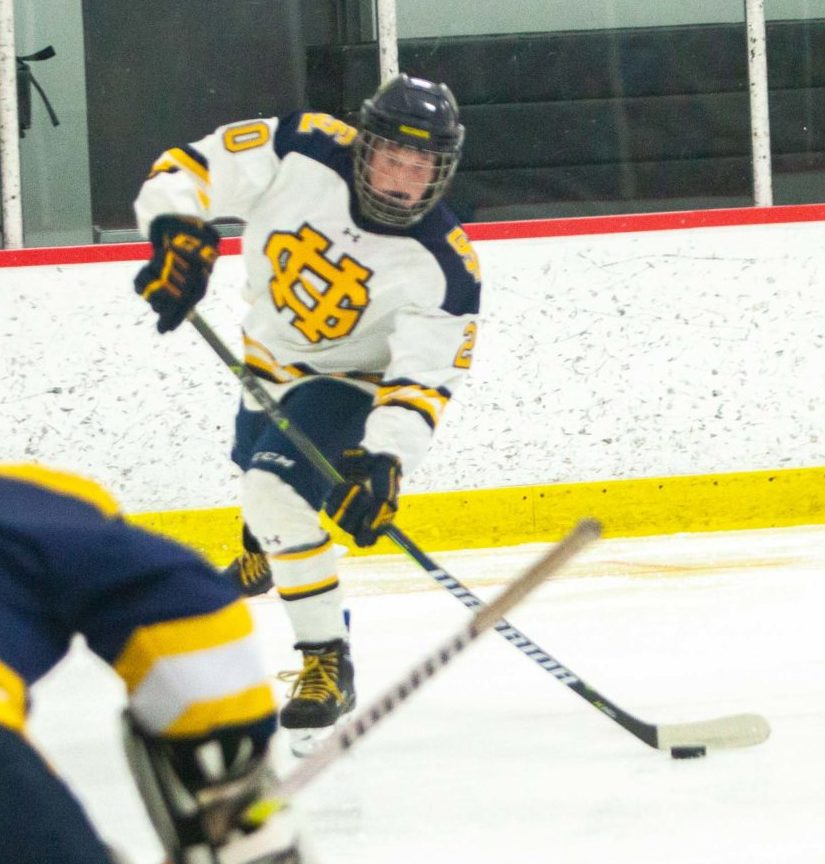 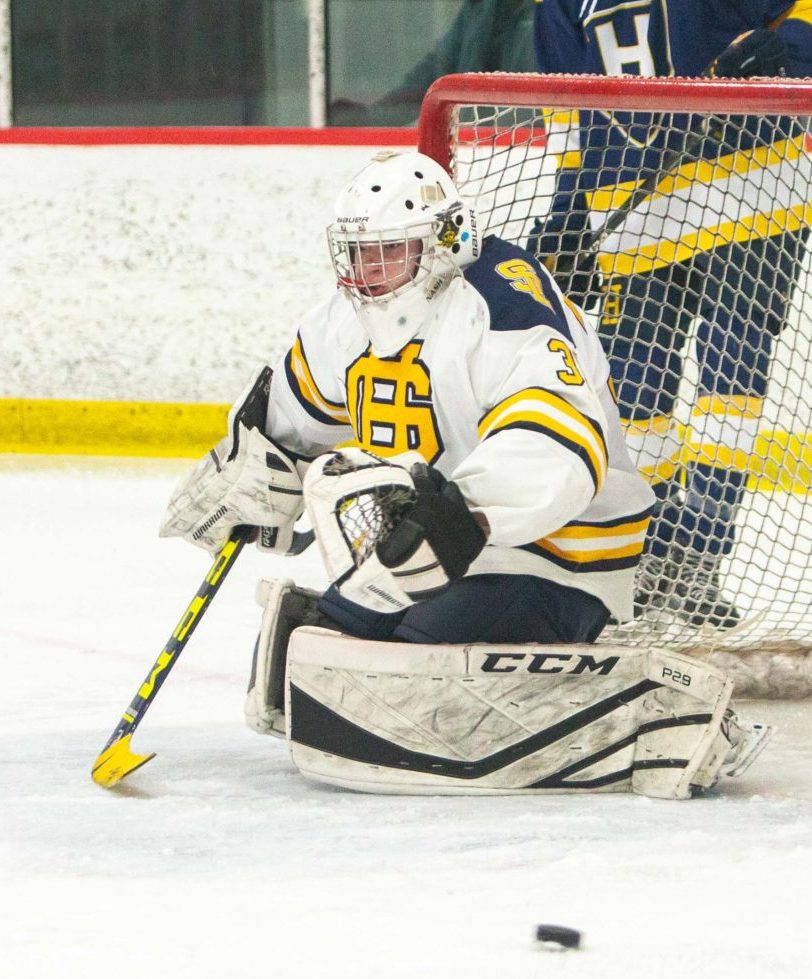 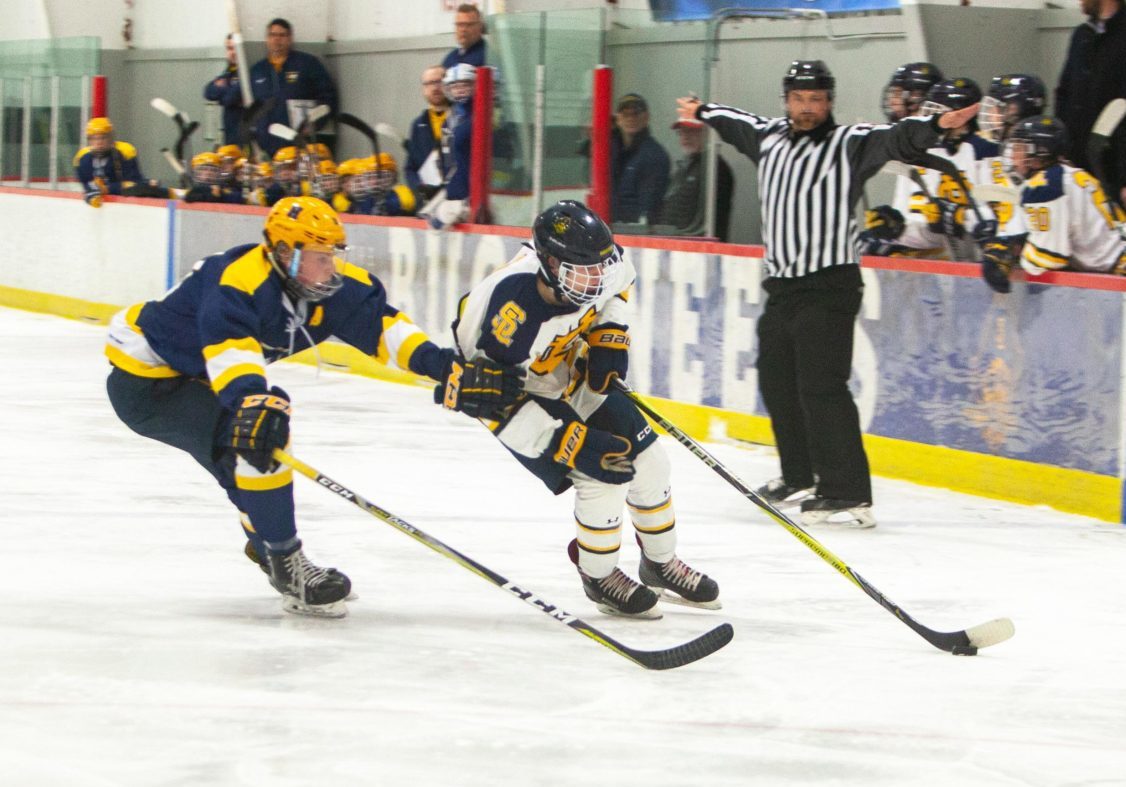